It’s weird, if not taboo to tell someone that I learnt to shoot digital before learning how to shoot film. I guess this may be the case for many of us in the digital era of photography. My journey into photography is what I like to call a beautiful accident or a series of fortunate events. When a photographer cancelled last minute for a charity event organised by a close friend of mine in 2017 I found myself stepping in to fill the spot. I knew absolutely nothing about photography, how to use a DSLR or even how to take a photo. My friend set me up on Aperture Priority mode and I was on my way. Taking photos that day I realised just how important maths was in creating an image and I was hooked.

I bought my own DSLR camera the following week and began to shoot around my estate. Each day, I’d go out and look for different scenarios - From lighting, action, architecture etc just so I could grasp an understanding of how the 3 elements (Aperture, ISO, and Shutter Speed) came together to create an image.

I eventually became comfortable in knowing what each scenario needed. It became easy and I began to realise that shooting a DSLR in manual was't really manual when you take into consideration low light capabilities, RAW, and autofocus. I wanted a medium which gave me total control, less options to think about, and forced me to learn things in detail. So I began my search for less. 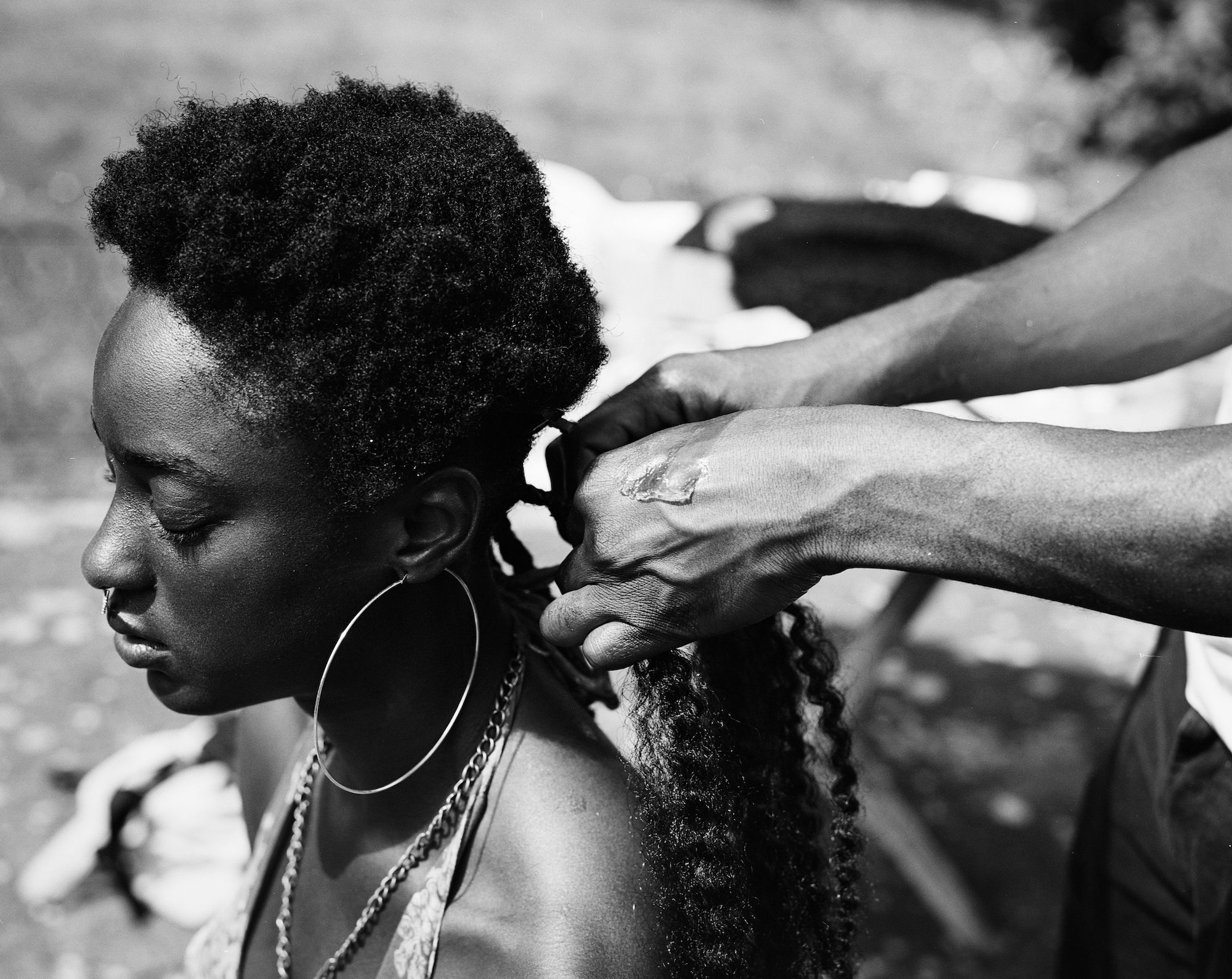 The Desire to achieve the film look on digital.

While shooting digital I realised the images were always too clean and crisp. I’d find myself adding grain and a few other adjustments in post just to make an image feel more raw and imperfect. I came across the works of legendary photographers like Gordan Parks, Vivian Maiers, Garry Winogrand and many more. Their photographs weren't always sharp but the content was magical. You could feel the soul in the photo and the imperfections made it even more beautiful. How do I achieve this look? what were they shooting on? How do I shoot film? just a few questions that floated in head. Being self-taught I really had no idea how to switch over to film.

One day, I visited a local Thrift store in Portobello, London and bought myself an Olympus OM1-n. The owner gave me a roll of ILFORD HP5+ and taught me how to load and unload the film into the camera. I remember getting my first roll processed and thinking how can anyone afford to shoot film. The price of developing and scanning sometimes costs more than the initial film roll. That being said, I had finally found how to achieve the authentically raw look and feel I was after. 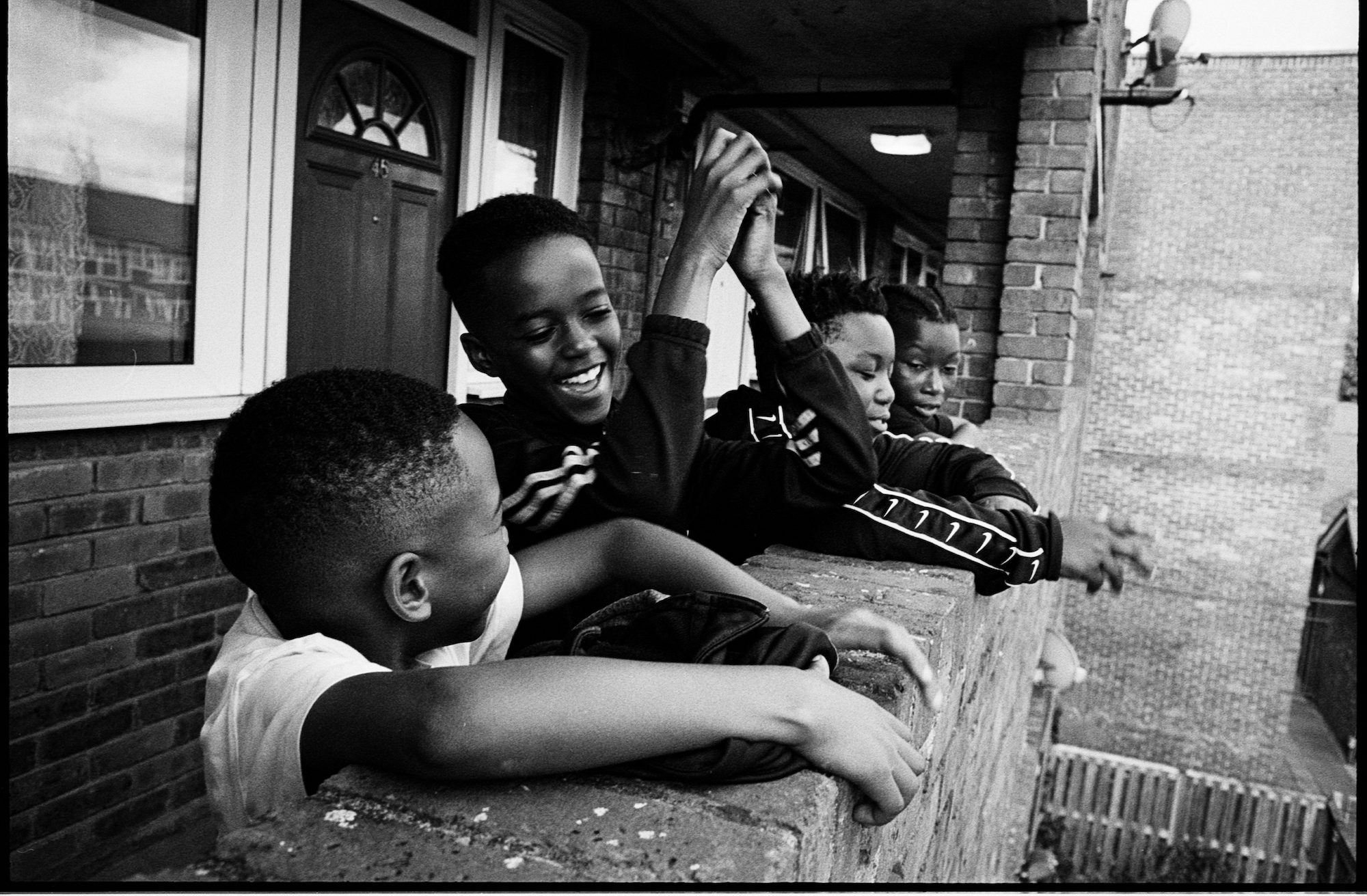 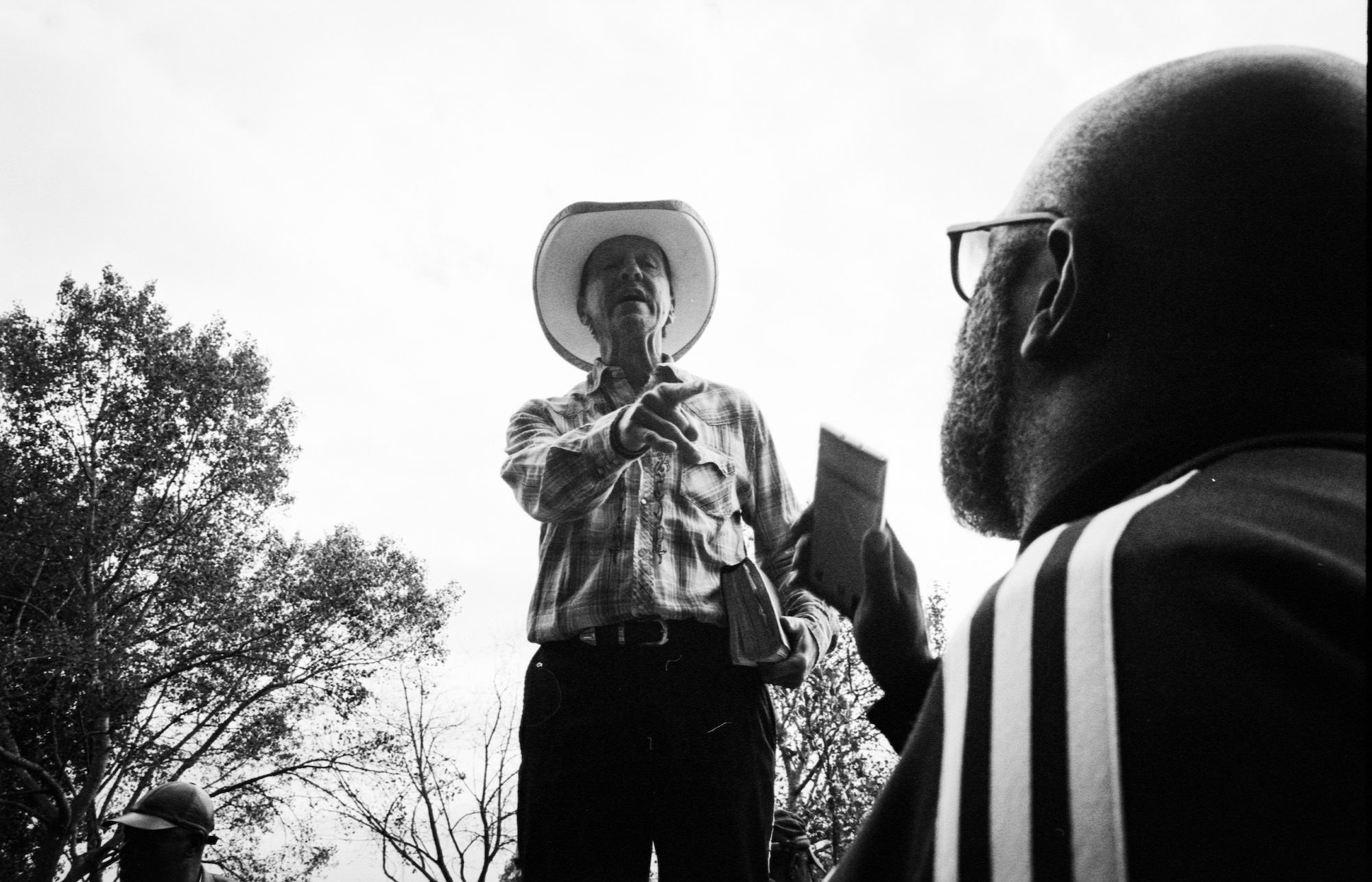 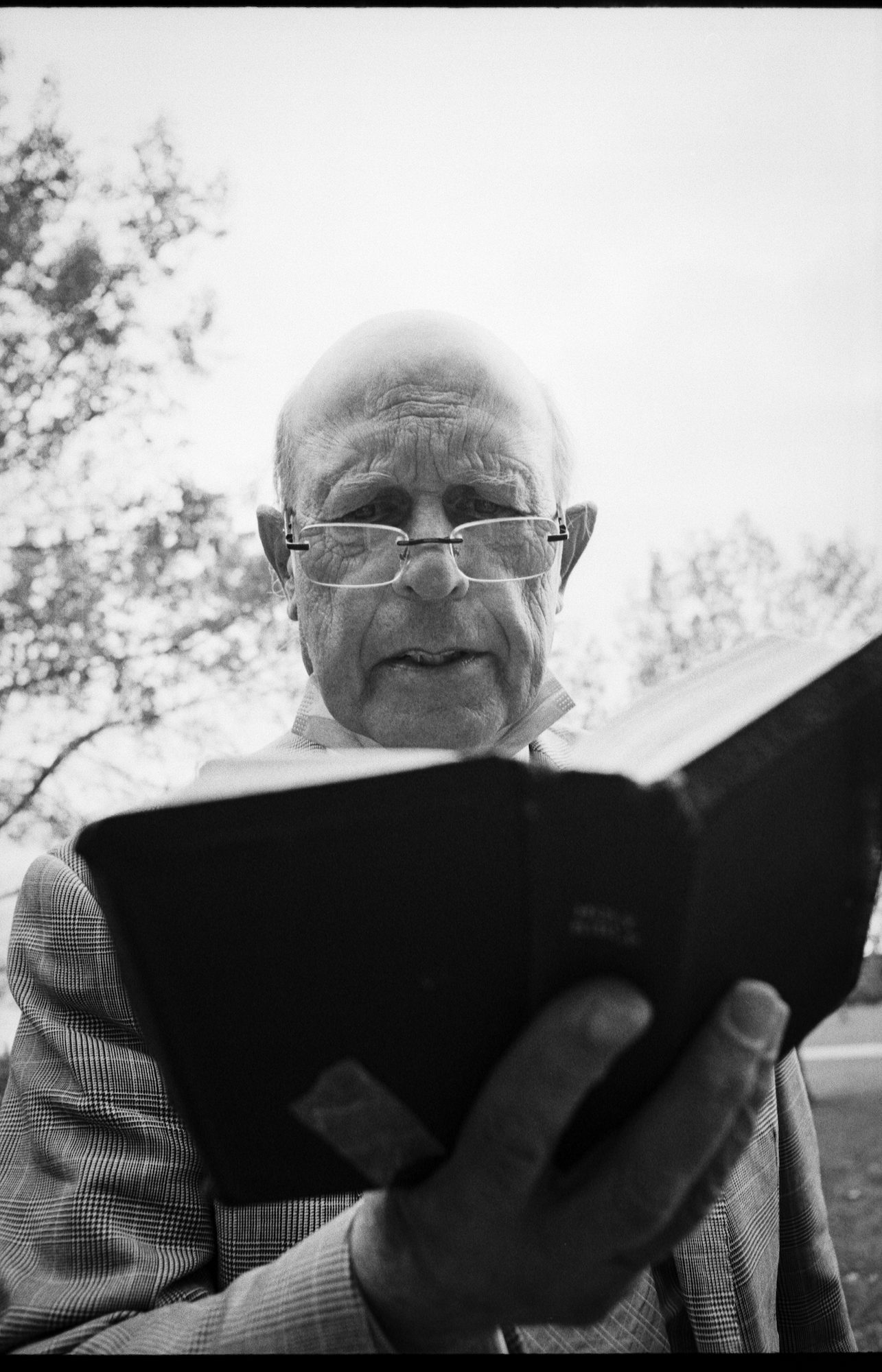 Deciding To Develop Myself

The Olympus OM1-n basically sat on my shelf until the Global Lockdown for Covid-19. With all shoots cancelled for the foreseeable future I decided that this was the best time to look into how to develop film myself. Ilford had an amazing tutorial online with links to all the equipment needed and I found myself developing rolls of film that I had shot over the last year. I made a lot of mistakes while developing these rolls and with the help of a friend in Oakland, USA (@Sirius.streets) I learnt where I was making my mistakes and how to rectify them. He also introduced me to Medium Format, persuading me to buy a Pentax 67. Here are some of the images that survived my first tries at developing: 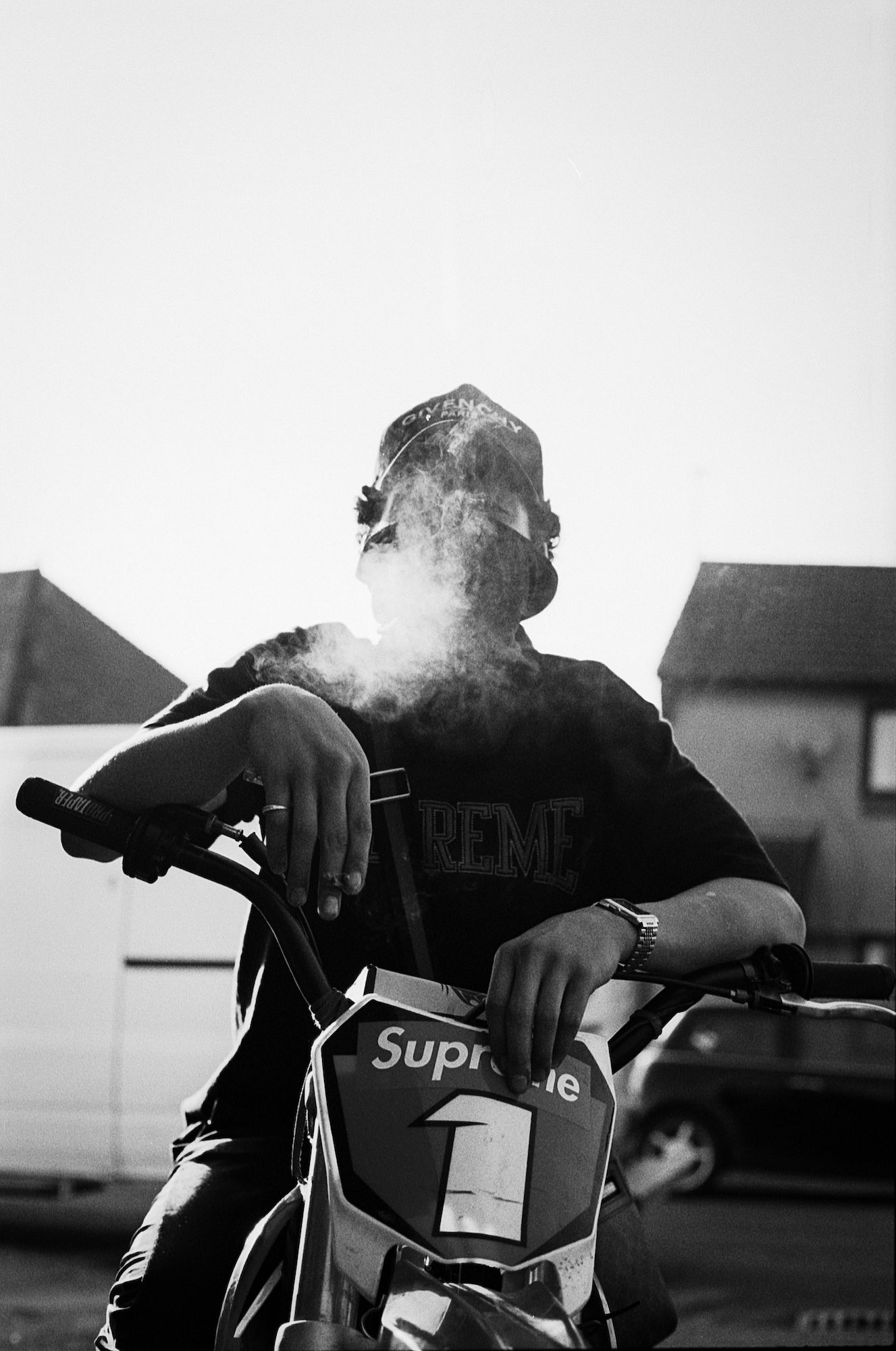 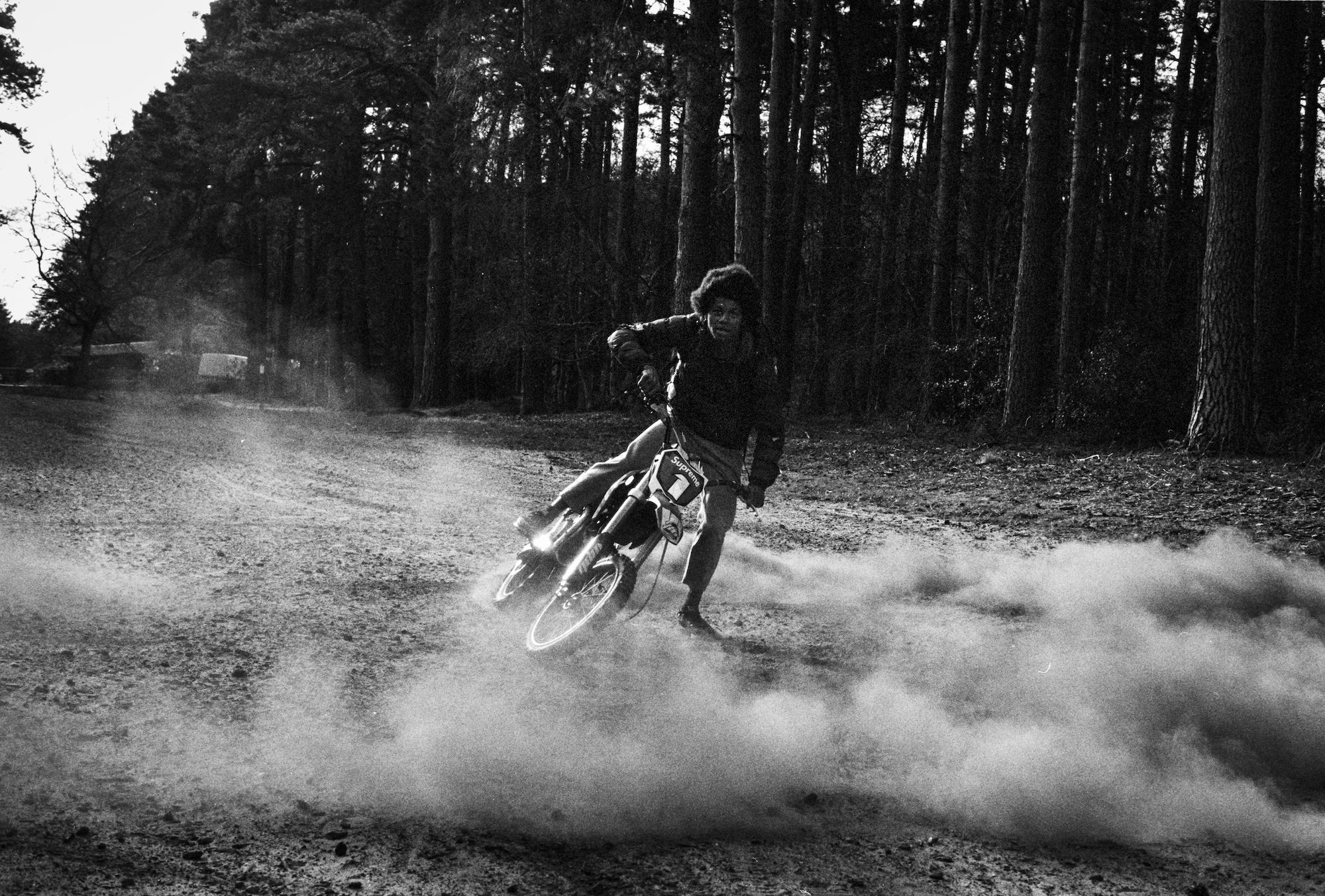 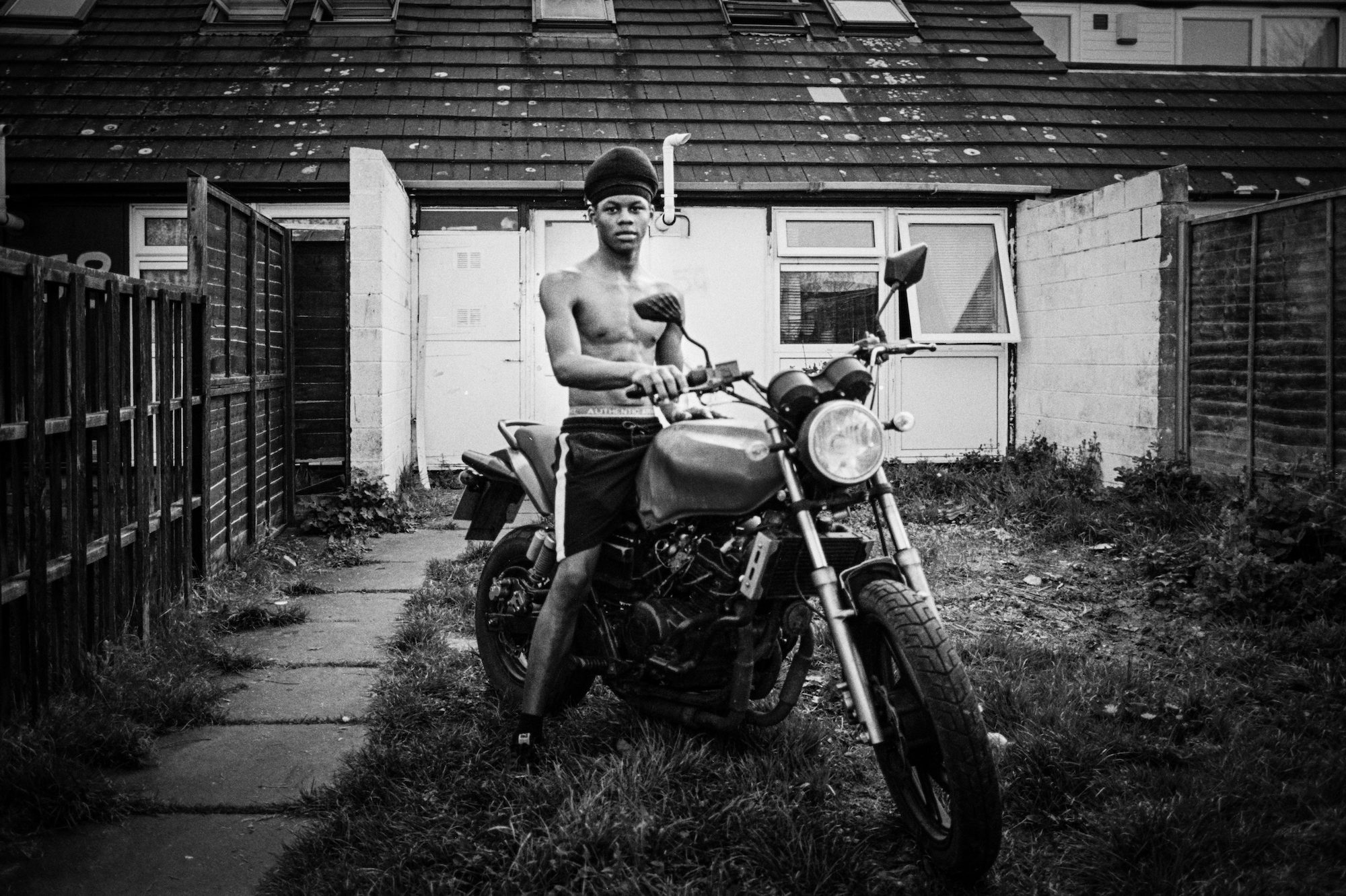 During Lockdown I started a few personal film projects with the Ilford HP5+ being my choice of film roll. One of these projects being the “It’s My Hair” series. Mainly shot on medium format, the aim was to show the time, effort, and skill taken to maintain black hair and also to highlight some of the micro-aggressions and racism people face because of it. It gave me the perfect opportunity to shoot film in a more controlled environment and learn how to use my cameras (Olympus OM1-n & Pentax 67) like an extension of my eyes. 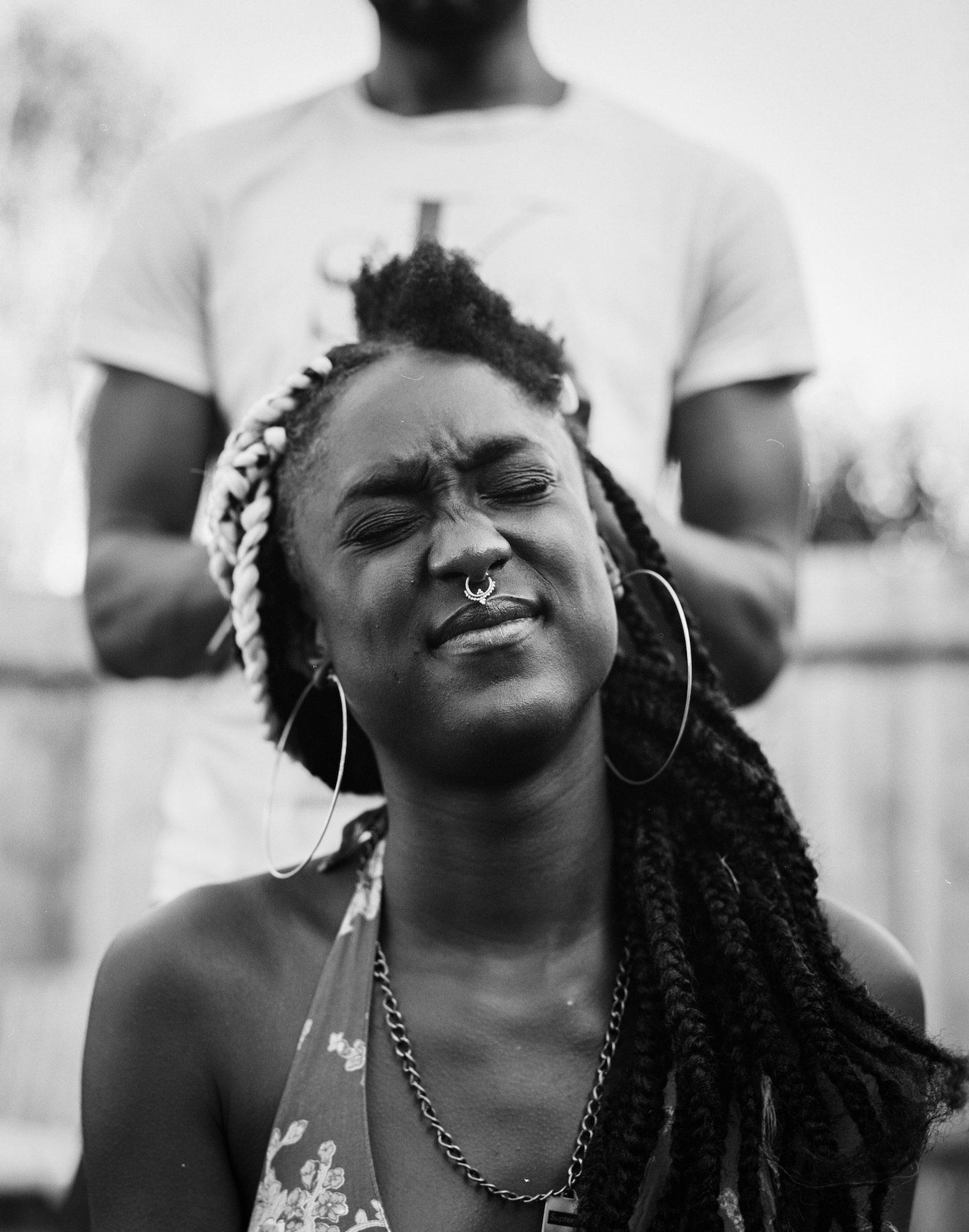 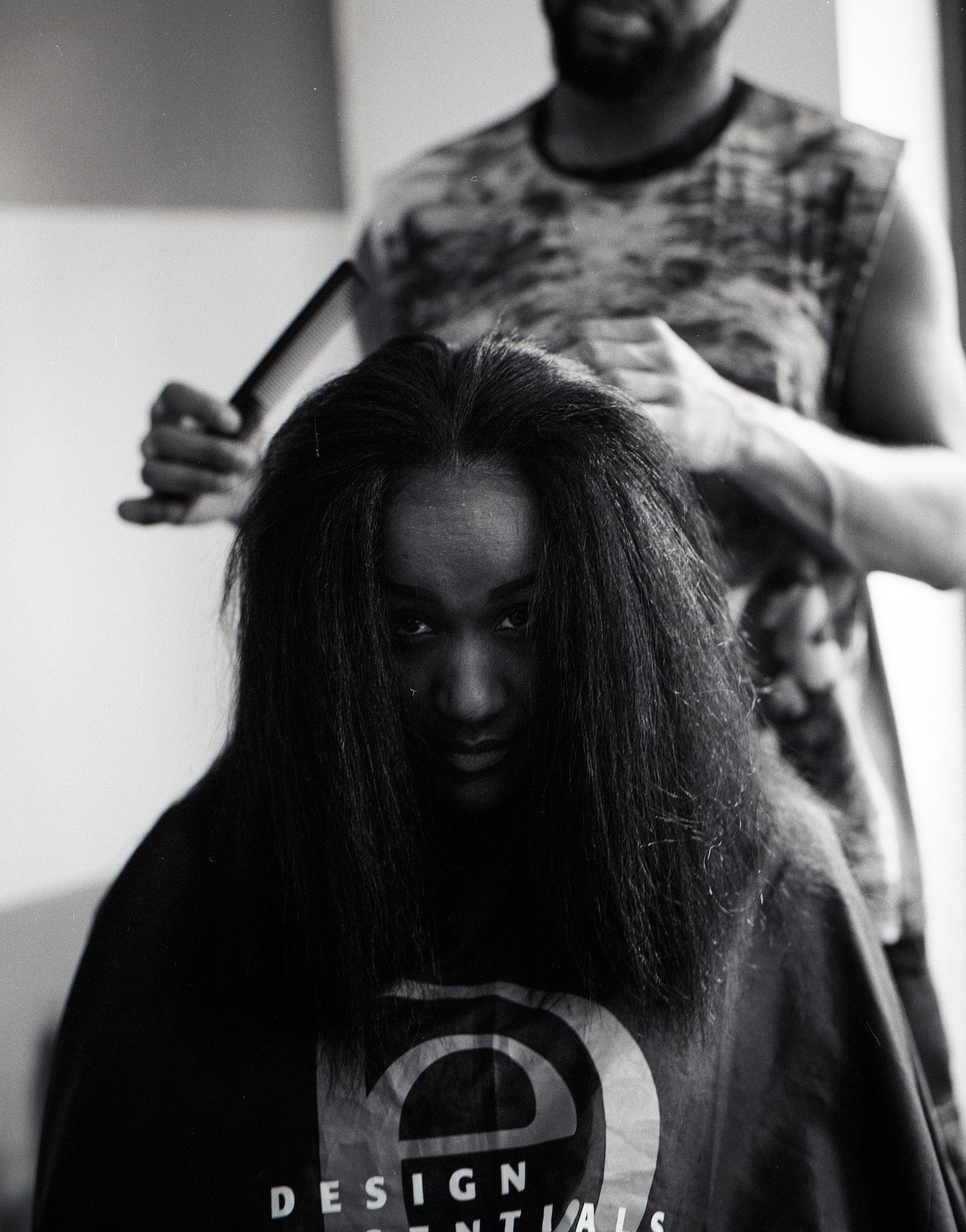 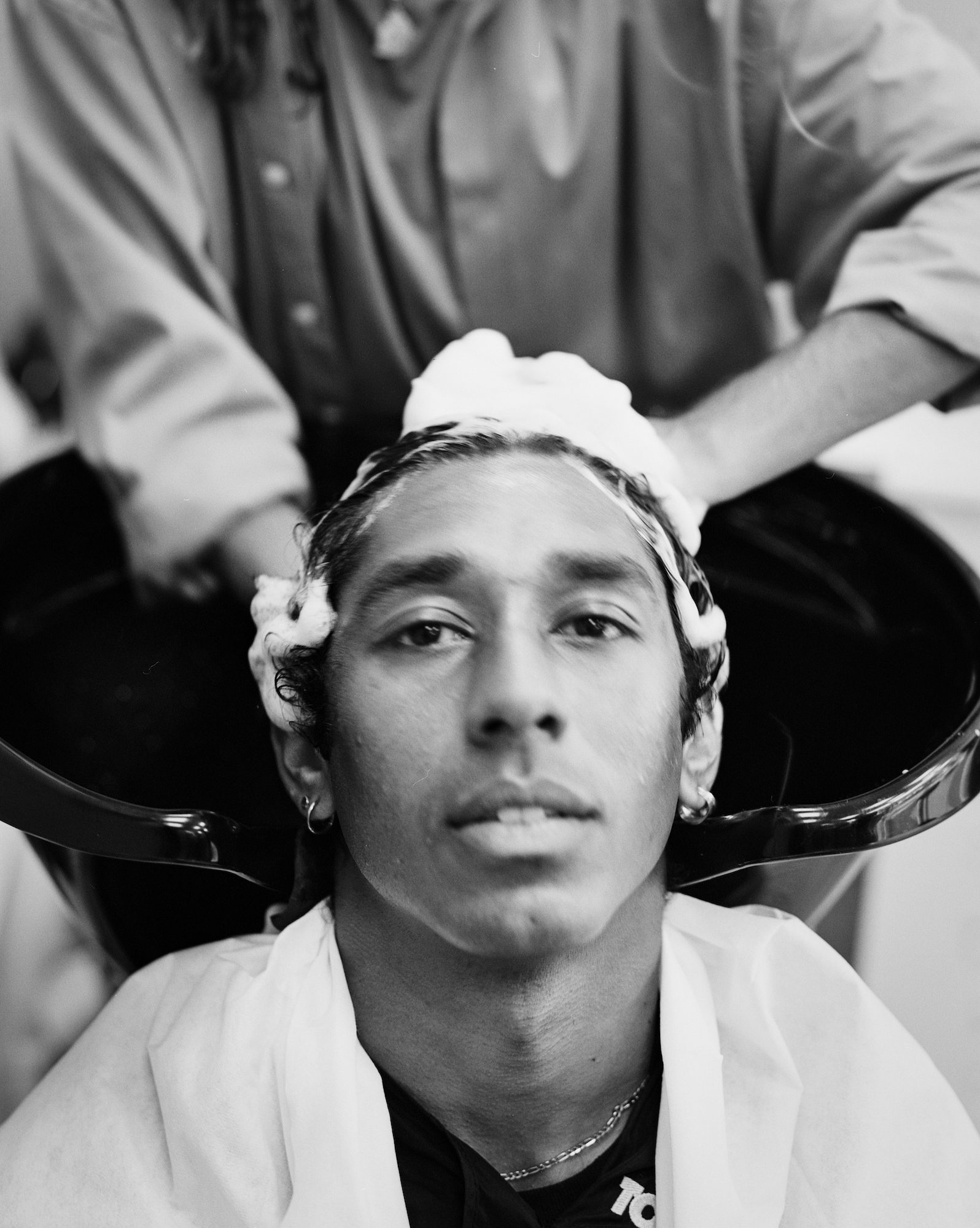 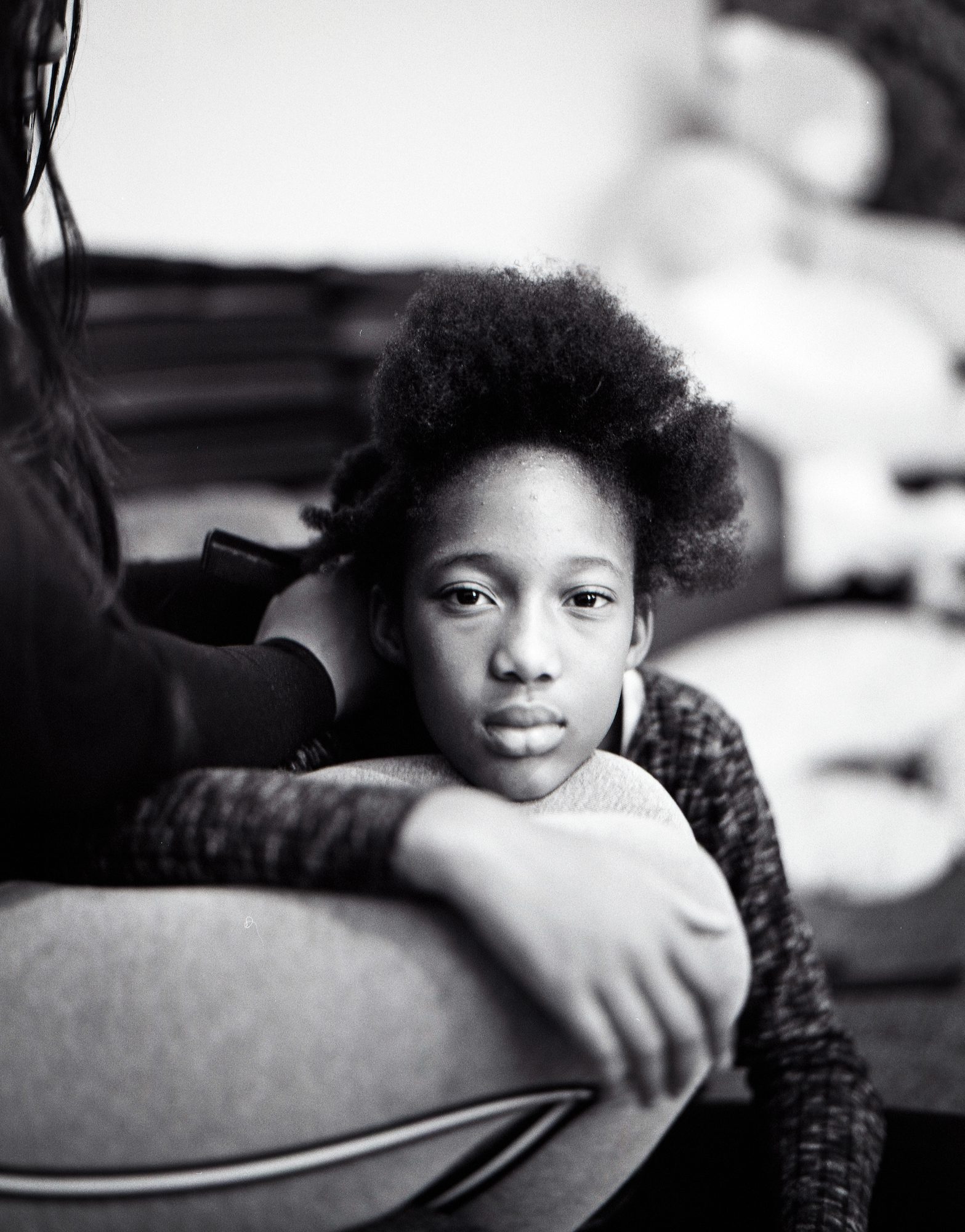 The Switch to Film

After the It’s My Hair & Living to Ride projects I decided that I’d solely shoot film. By now, it was my Sony A7Rii that was catching dust while the Olympus OM1-n was always at hand and my Pentax 67 was used for projects. I only had one issue, I hadn't tested shooting film in a fast environment where I couldn't control what was going on. I decided to visit my local park and found people playing basketball in the courtyard. Perfect! Just the right environment to see if I could really make film photography my main medium of Photography. These Images were shot with the Pentax 67: 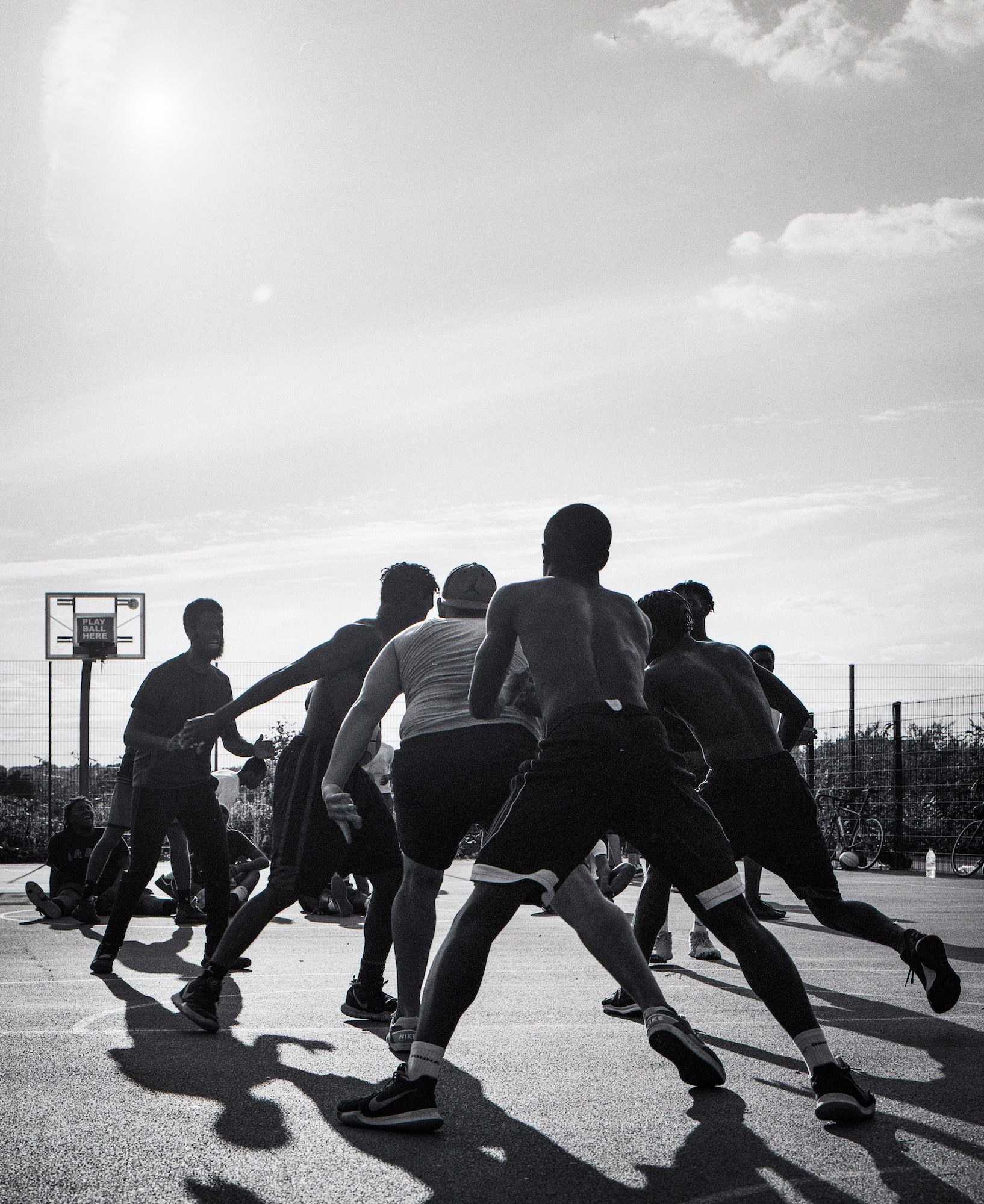 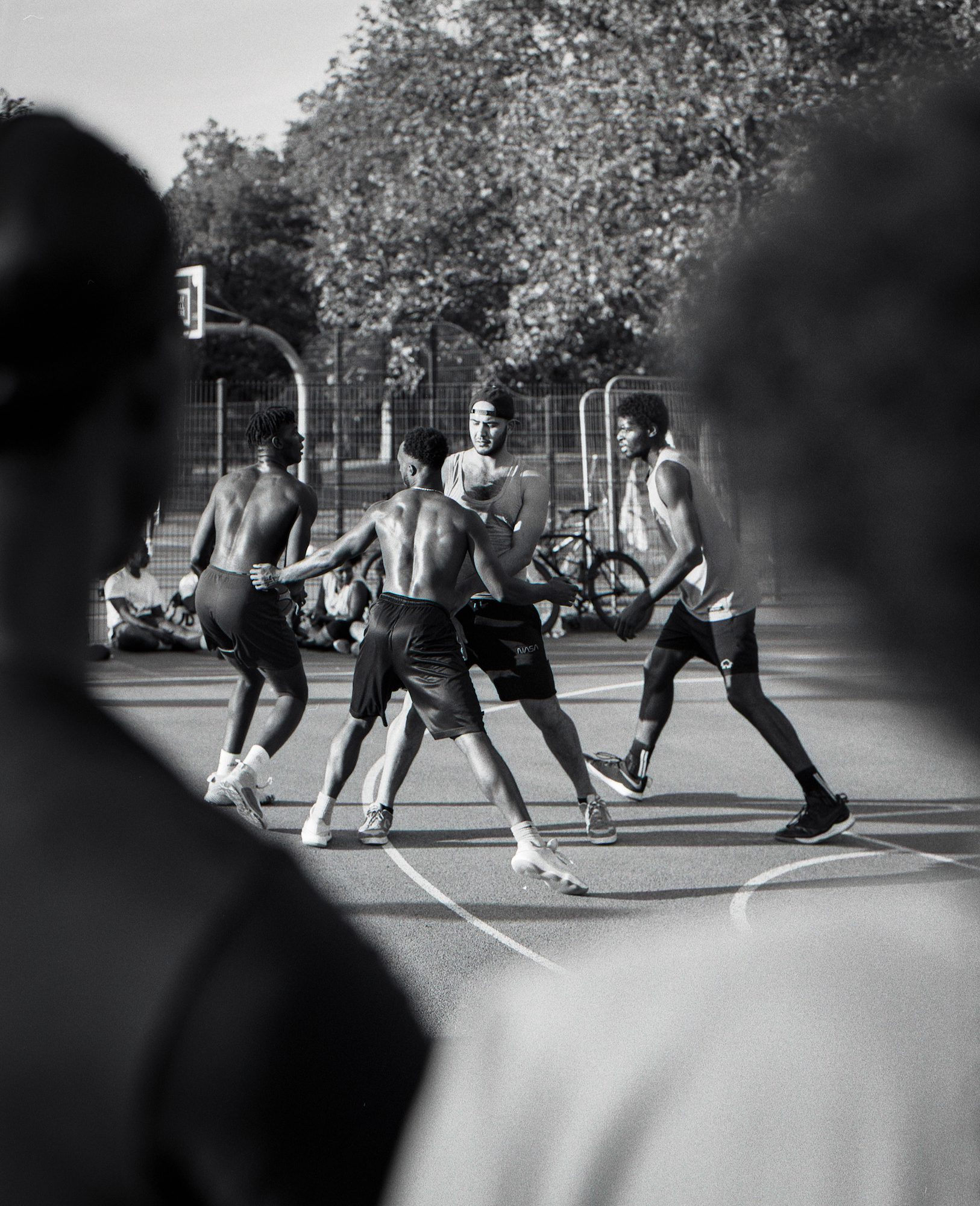 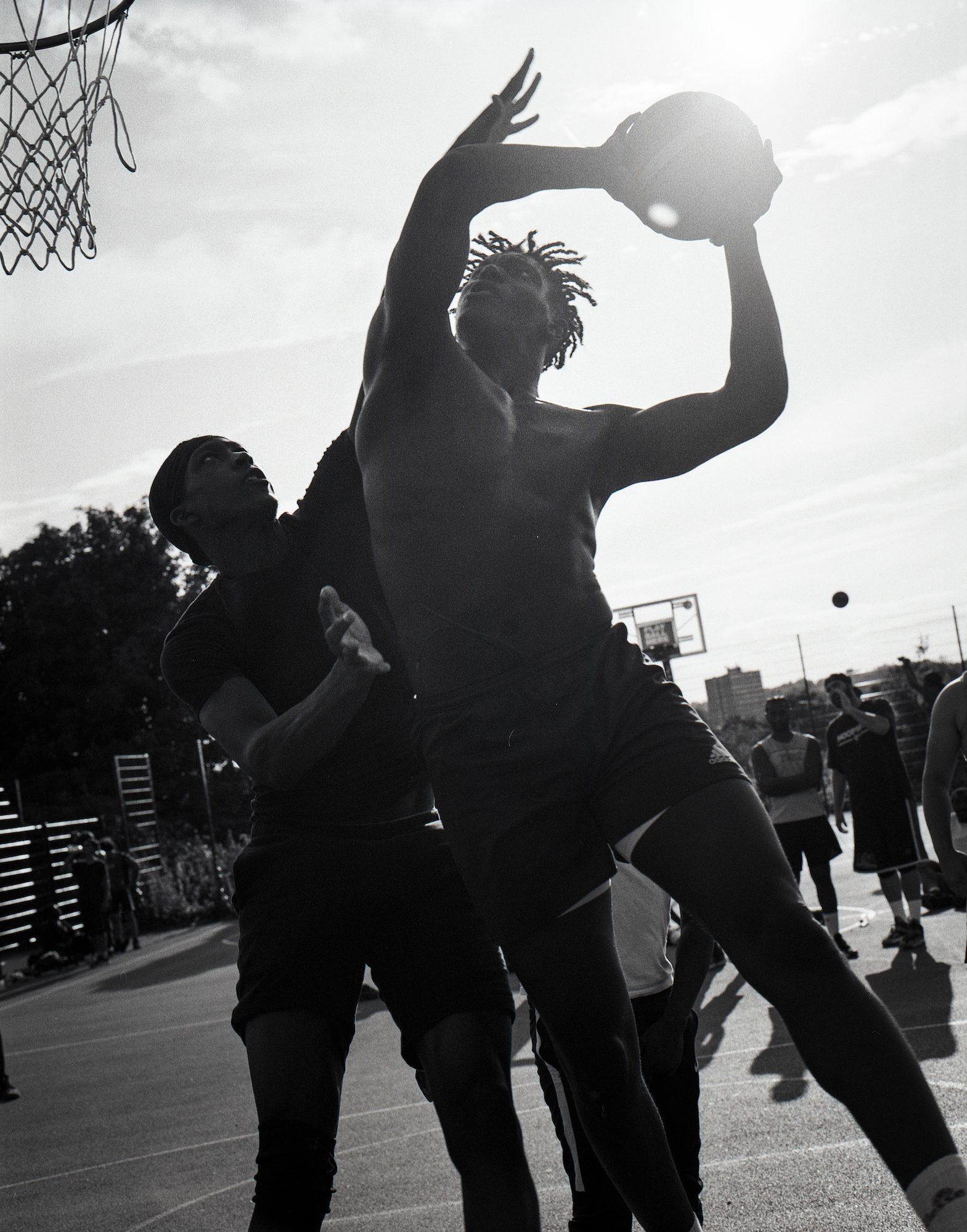 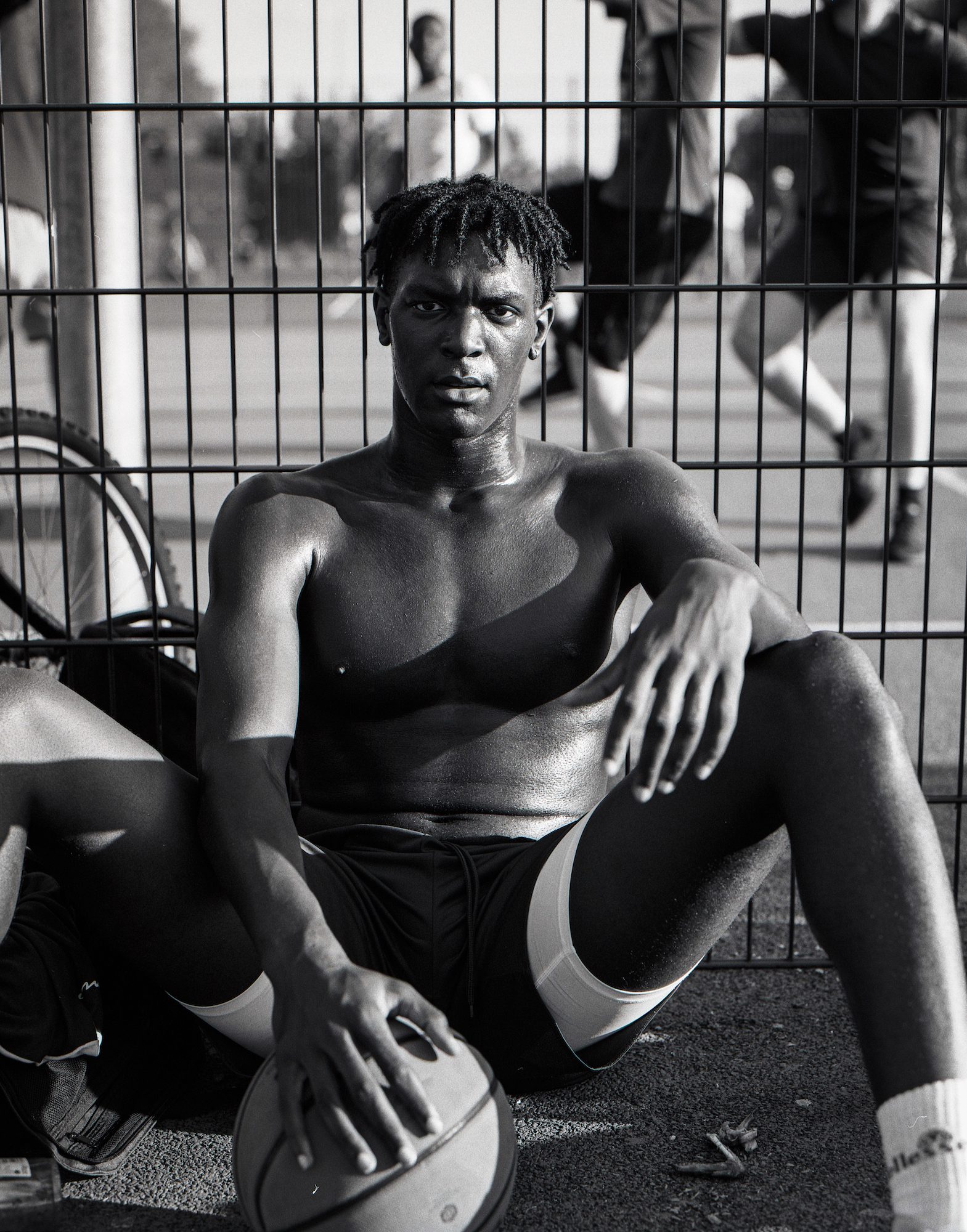 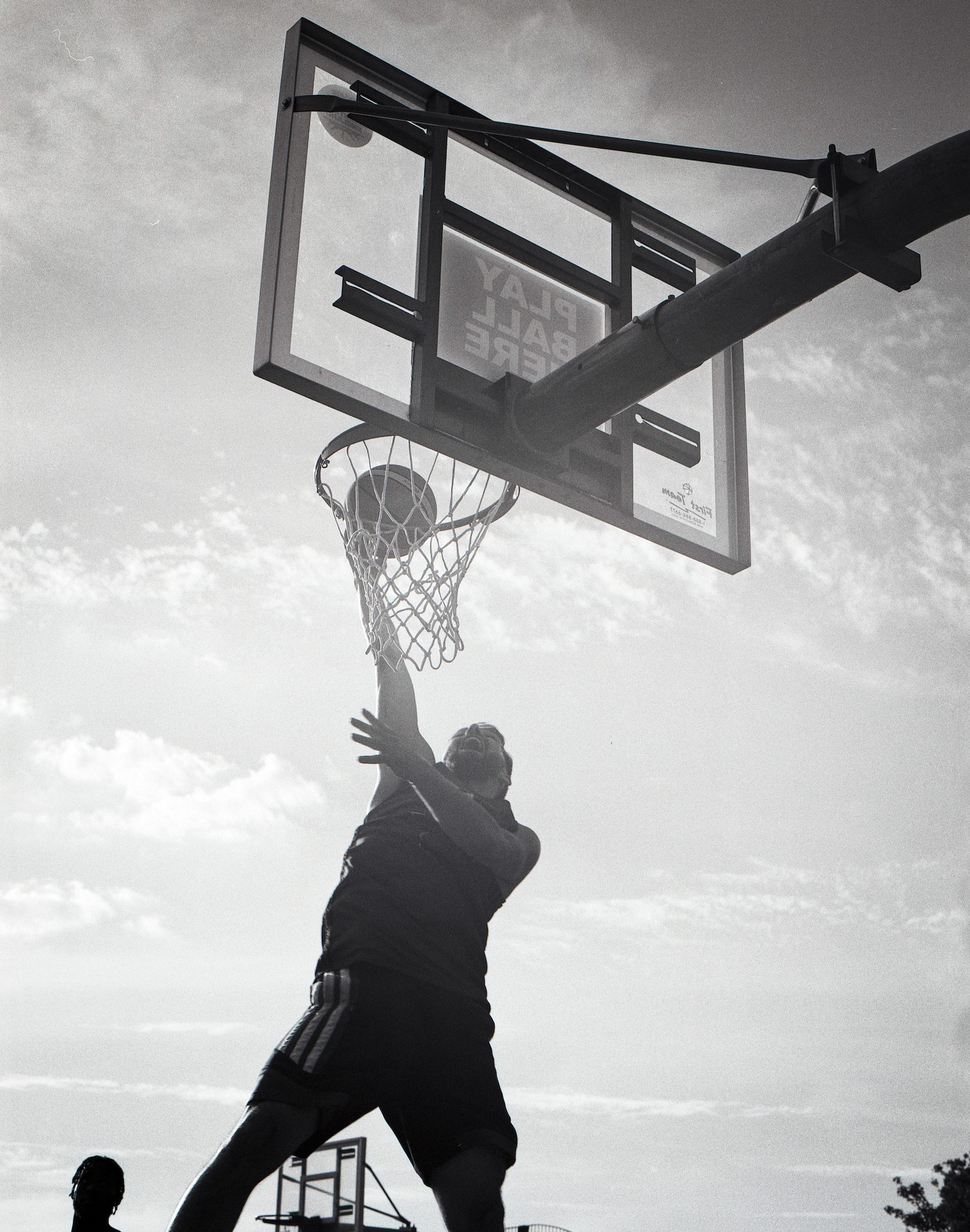 Ilford’s HP5+ is my go to film roll because of its versatility, push capabilities, and of course its reasonable price, I could shoot freely knowing it wasn't burning my pocket like some of the other film rolls out there. The images have the right amount of grain I desire and shooting film has really made me think more about what I want to capture in my photos. Being someone who likes to be in control I found shooting film to be revitalising. I love being in control of every step of making a photo; from shooting fully manual and now even manual focus, the developing and scanning process, and post production.

I got to experience this in full while attending the BLM Protests in London. While the main focus was on the crowds marching I wanted to focus on the individuals that risked their lives (due to Covid) to protest against the injustices. Here are some of the images: 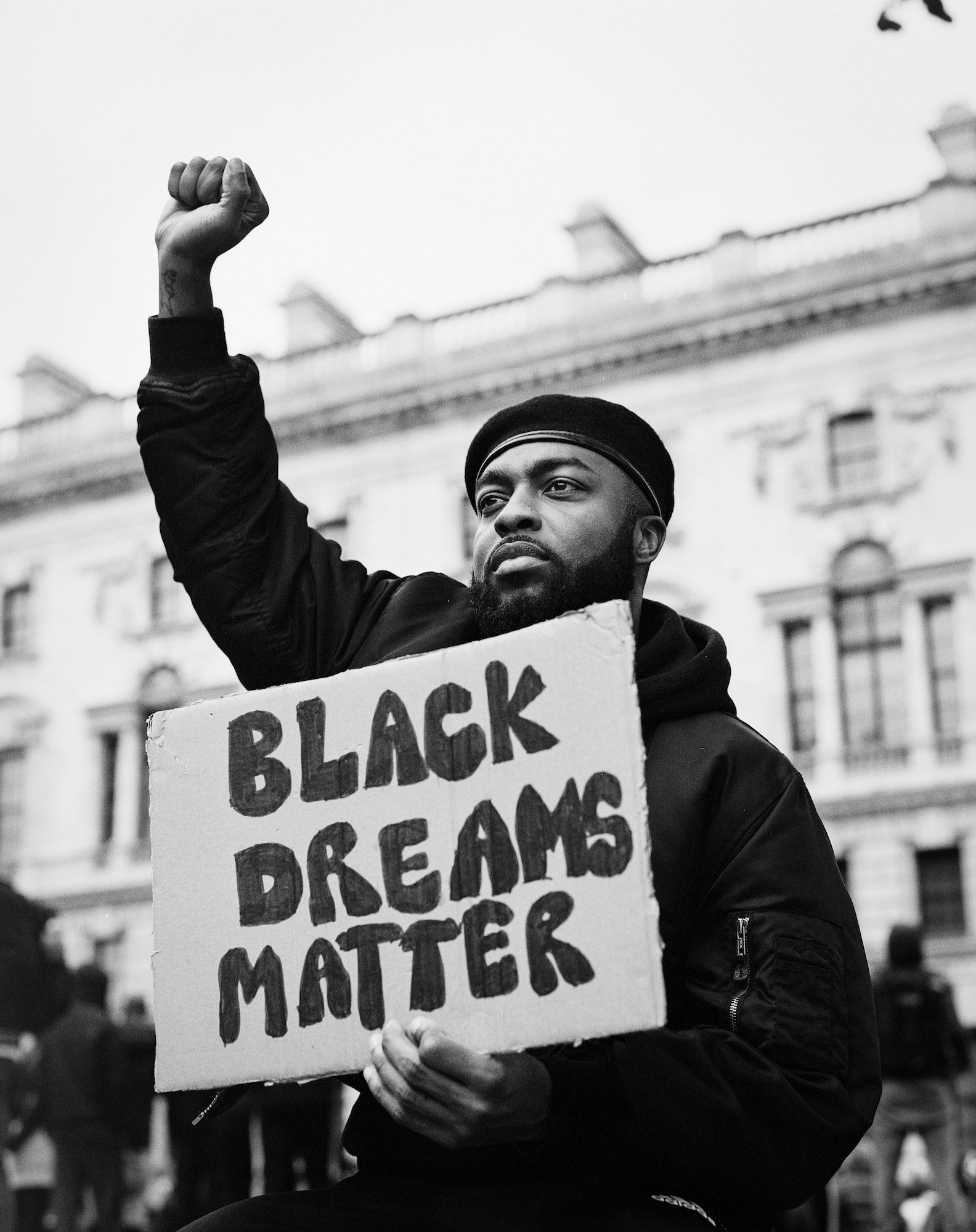 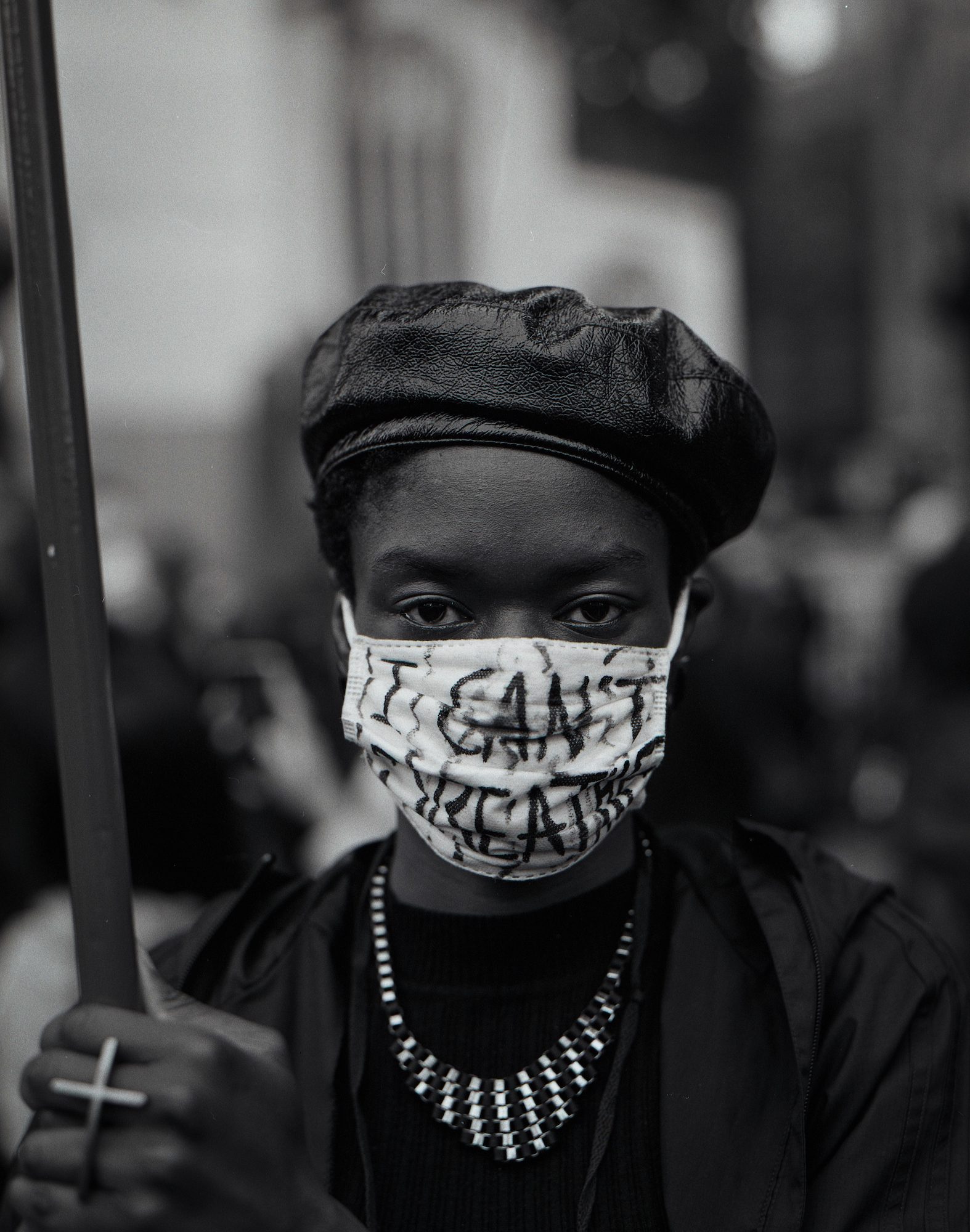 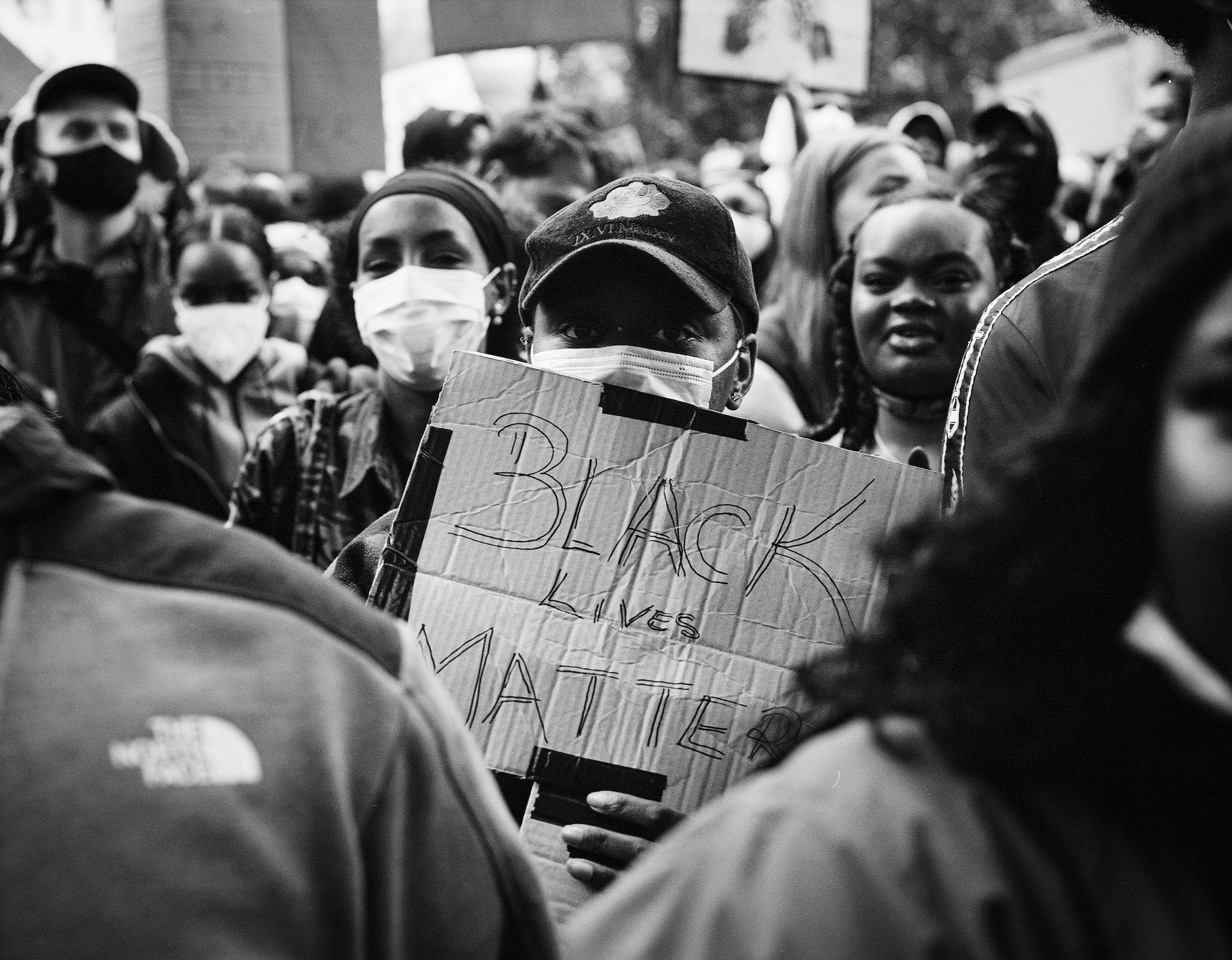 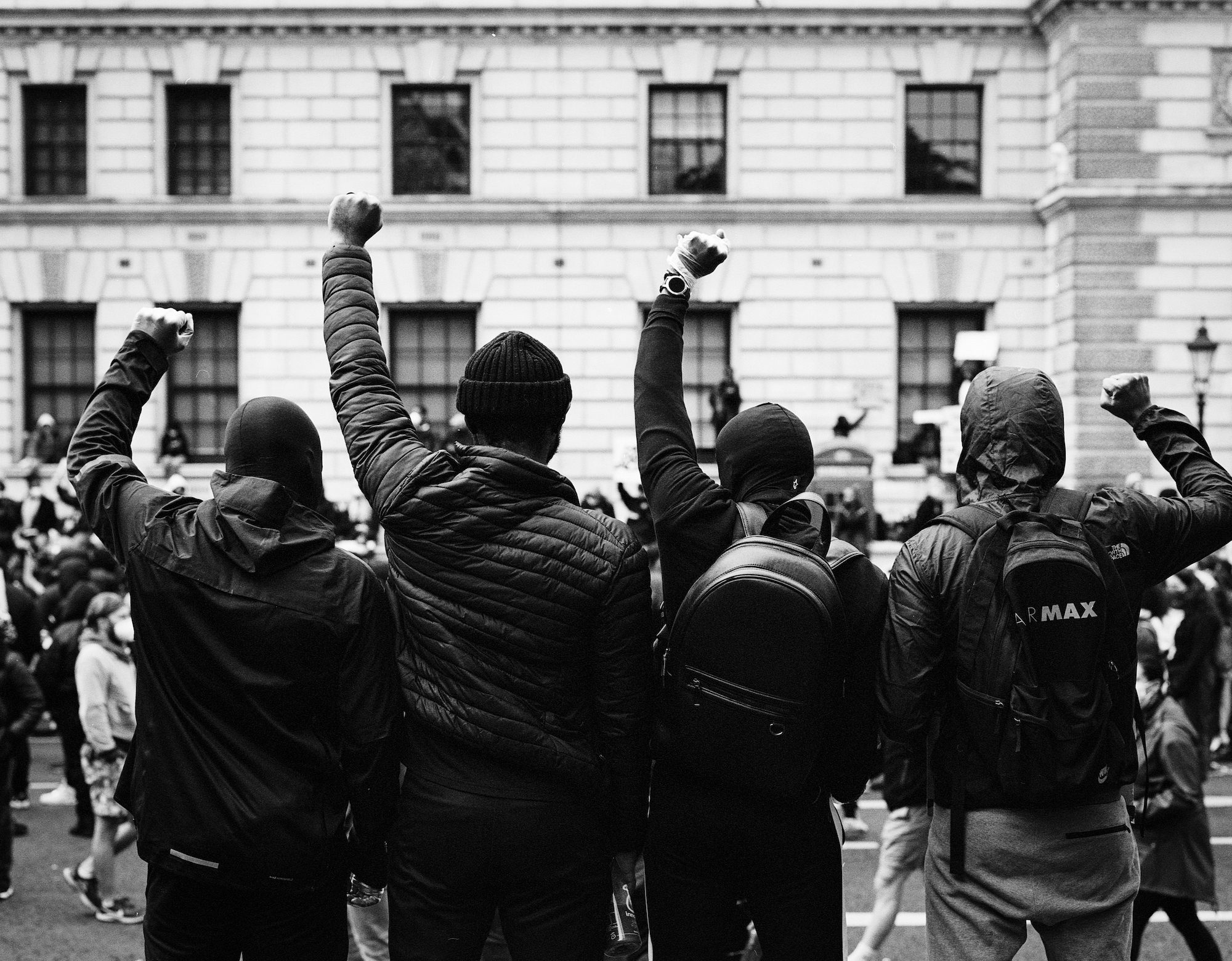 All images shot on ILFORD HP5 film and ©Brunel Johnson

Brunel Johnson is a documentary photographer also working in commercial sports and lifestyle fields. He is based in North West London and capturing life on the streets of his city is one of his favourite subjects.

He has worked with Adidas and Timberland, and his recent commercial commissions include Adidas Hardwire 2019 featuring Mohamed Salah, Lionel Messi, Dybala and Paul Pogba. His personal work includes It’s My Hair – an ongoing project that focuses on the skill and effort that goes into maintaining Afro hair, and the prejudices Afro-Caribbean people experience because of their hair and skin colour.

Art and activism: Documenting protests against police brutality and anti-Blackness.

Inherent bias Photography has long been used strategically as a tool and method of capturing and sharing slice...
Read More