I have not ever owned a digital still photography camera; therefore, my entire life as a photographer centers on 25 years of loading & unloading film cameras, processing & developing film while embracing a love that taught me how to listen to the harmonious sounds of a darkroom. My volition to stay with film does not have anything to do with being against or disliking digital & everything to do with loving the process of film ever since I was a teenager. At the age of 44, this is a tangible process that I have learned to love over & over again. 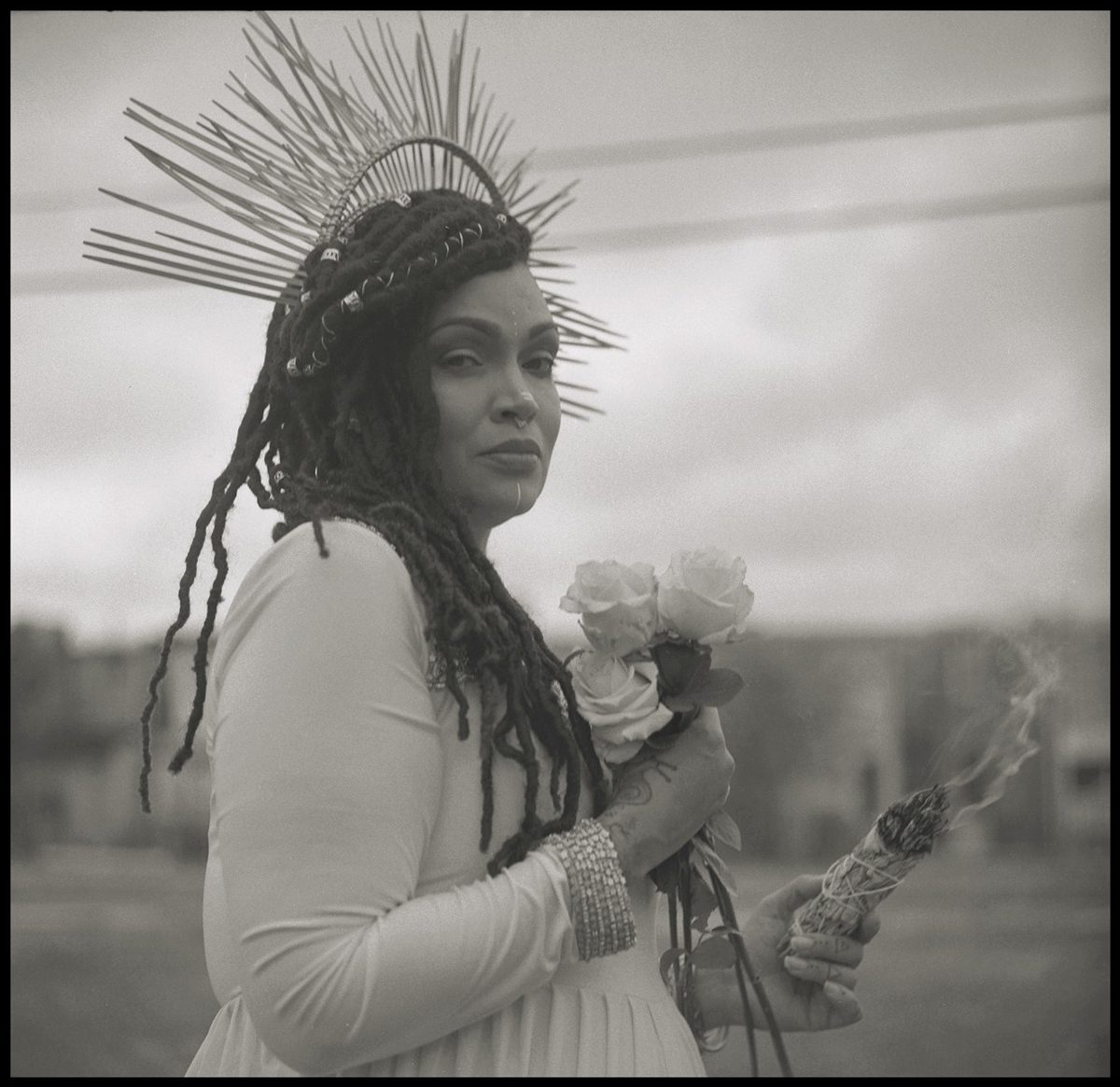 Photography is closing in on being 200 years old. Leaving it in a modern visual location that has a concise history within its past. While it is currently carrying a profusion of photographs floating throughout its gigantic space. IIford has a photographic history that extends back into 1879.

The first successful photograph from Nicephore Niepce was made in France, in the 1820's. Therefore this medium was around 50 to 55 years old when Alfred Hugh Harman established a building block that ILFORD would eventually sit on top of in the 20th Century while becoming a reputable source for film photography supplies. 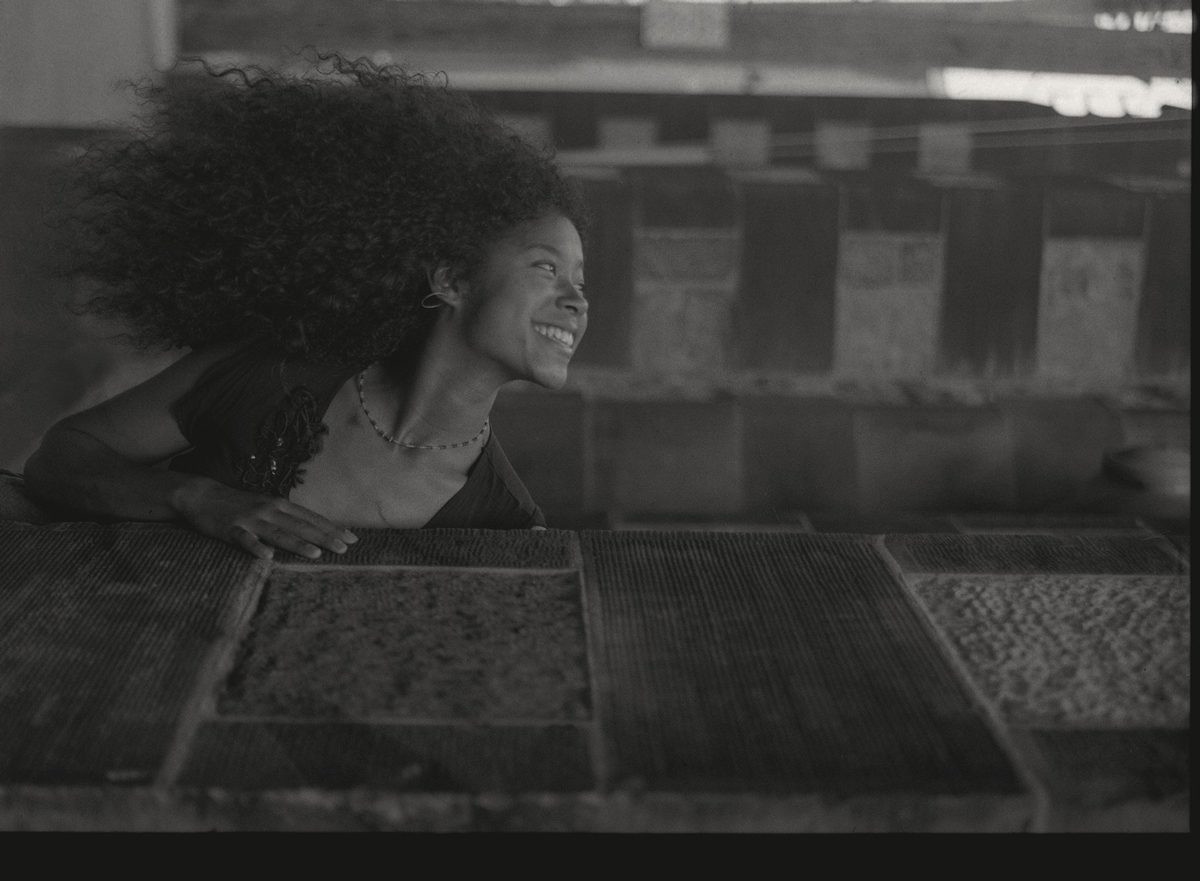 Using B&W film from a 19th century film & photo chemistry manufacturer is a humbling & inspiring reminder about those imperatively 19th Century founding years of Photography which is a growing medium that is as popular as ever, offline & online, with the latter attaching this 21st Century worldly population to a virtual universe that onlookers are able to travel through every single day. 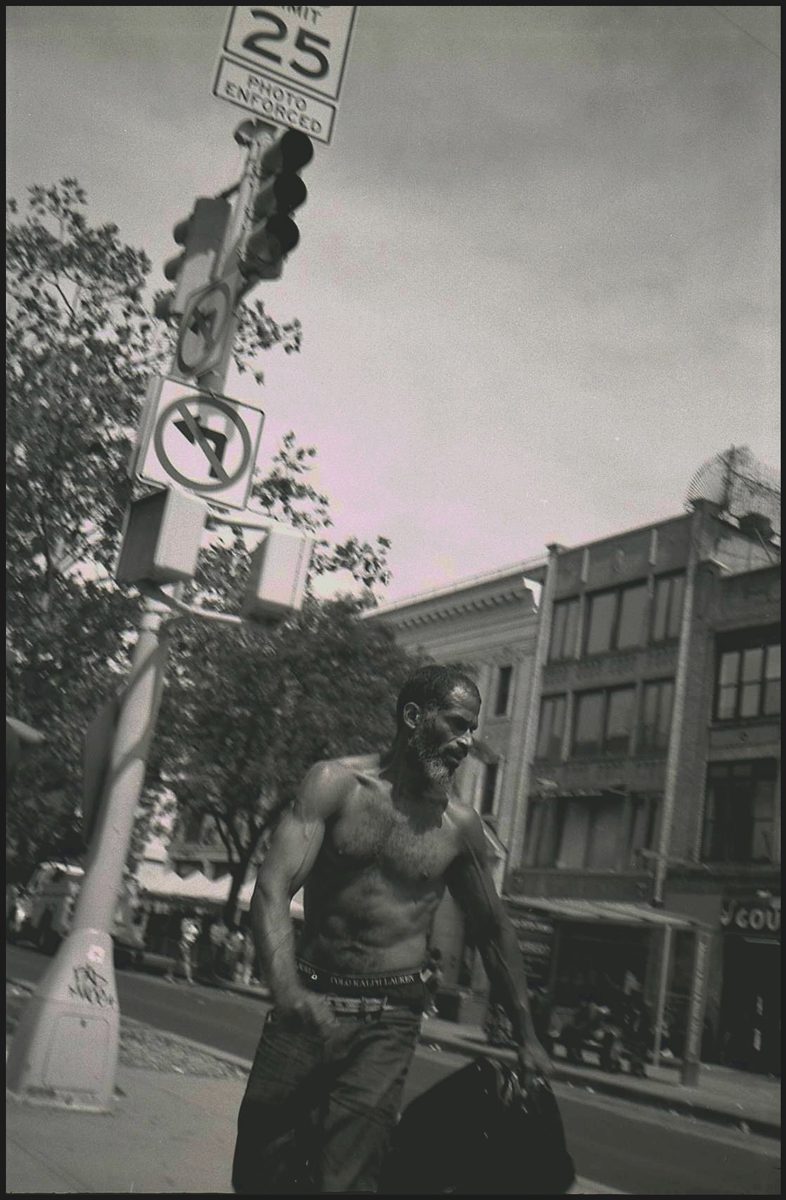 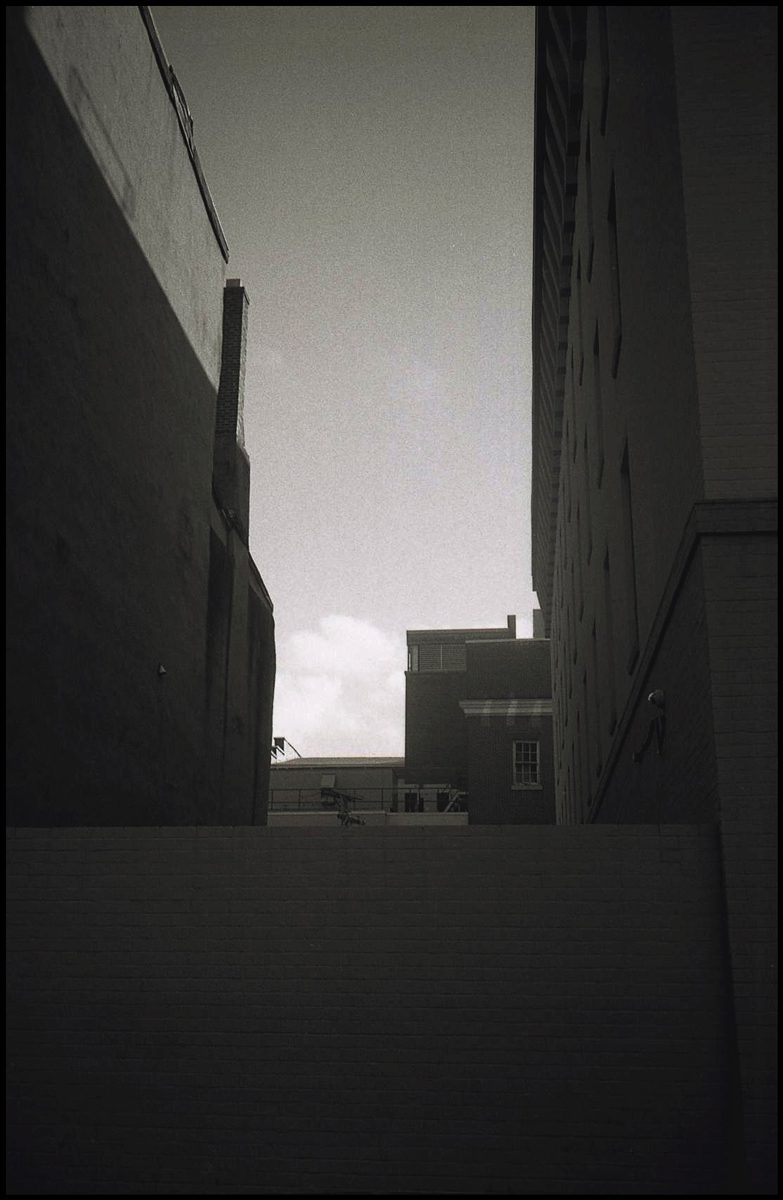 What I enjoy about ILFORD film is the even texture & emulsion that introduces tonal ranges to be gracious with light. The whites are subtle, the blacks are strong & the grays can be a visual rhythm that blends into one of my techniques when I want to guide my photographs into staying with a balance of inconspicuous light connecting to a strong composition. 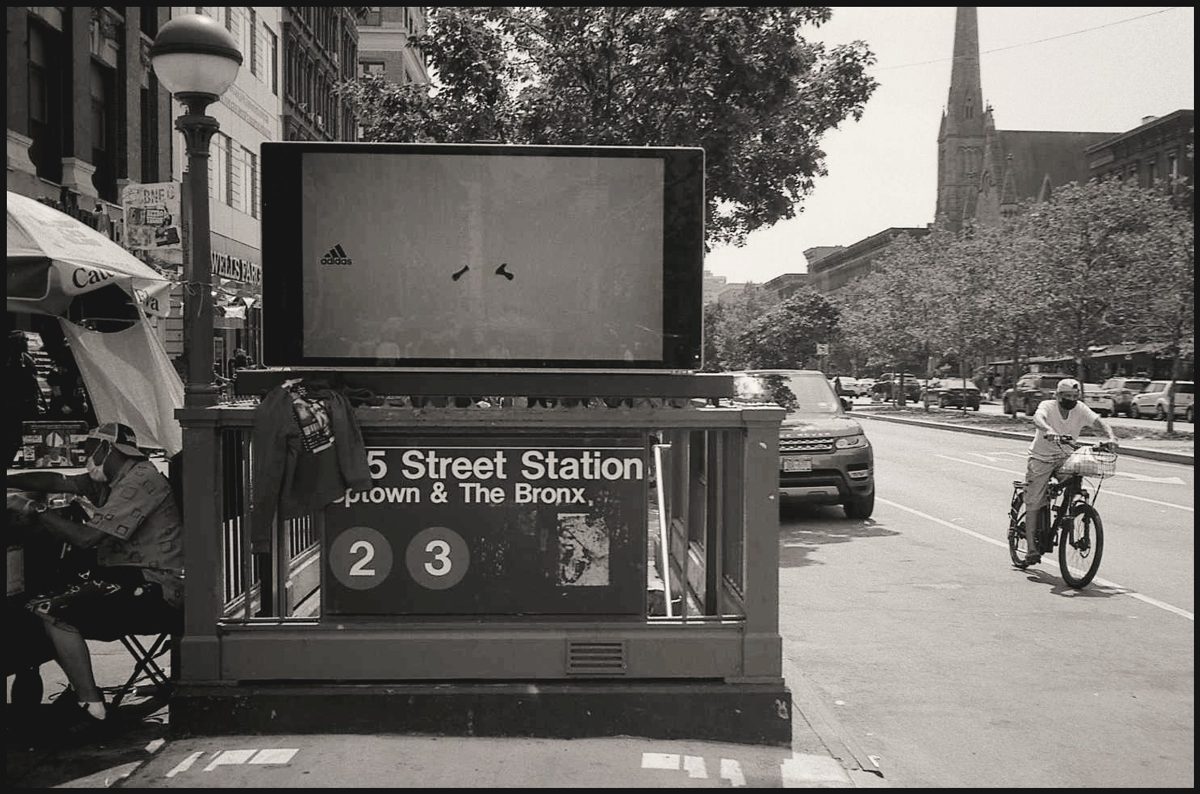 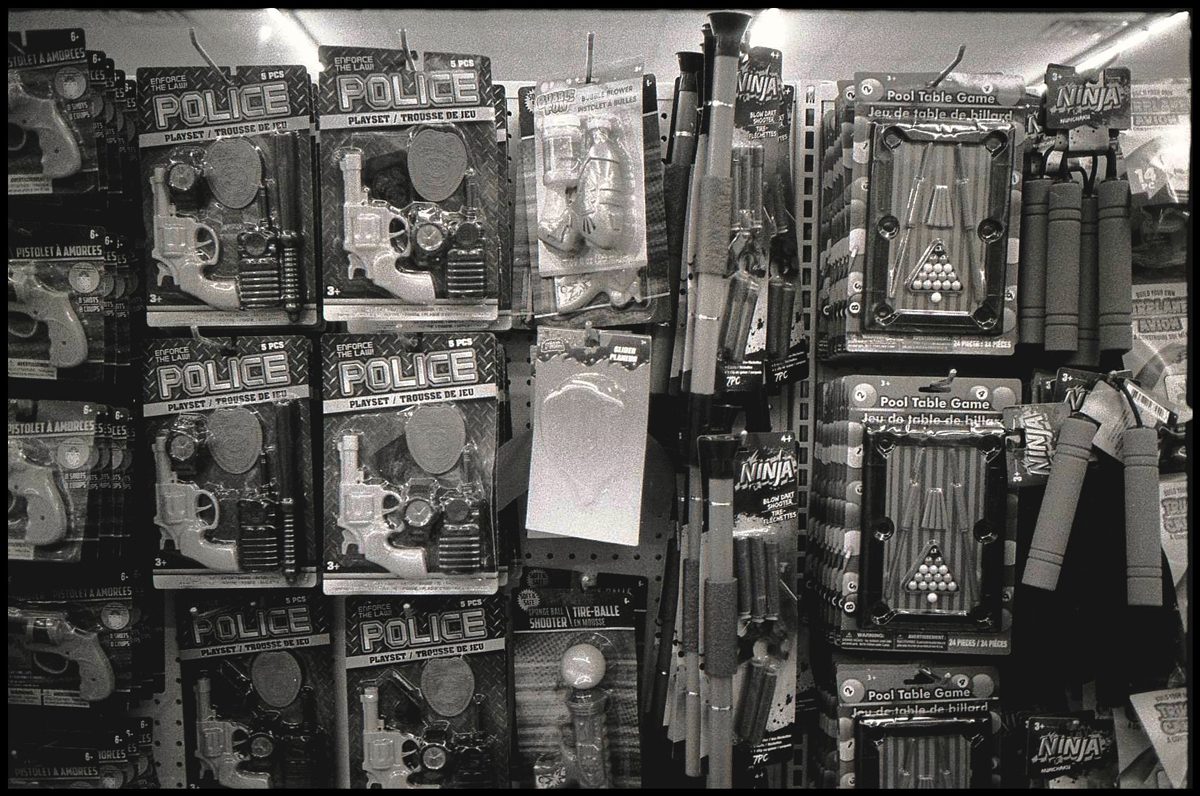 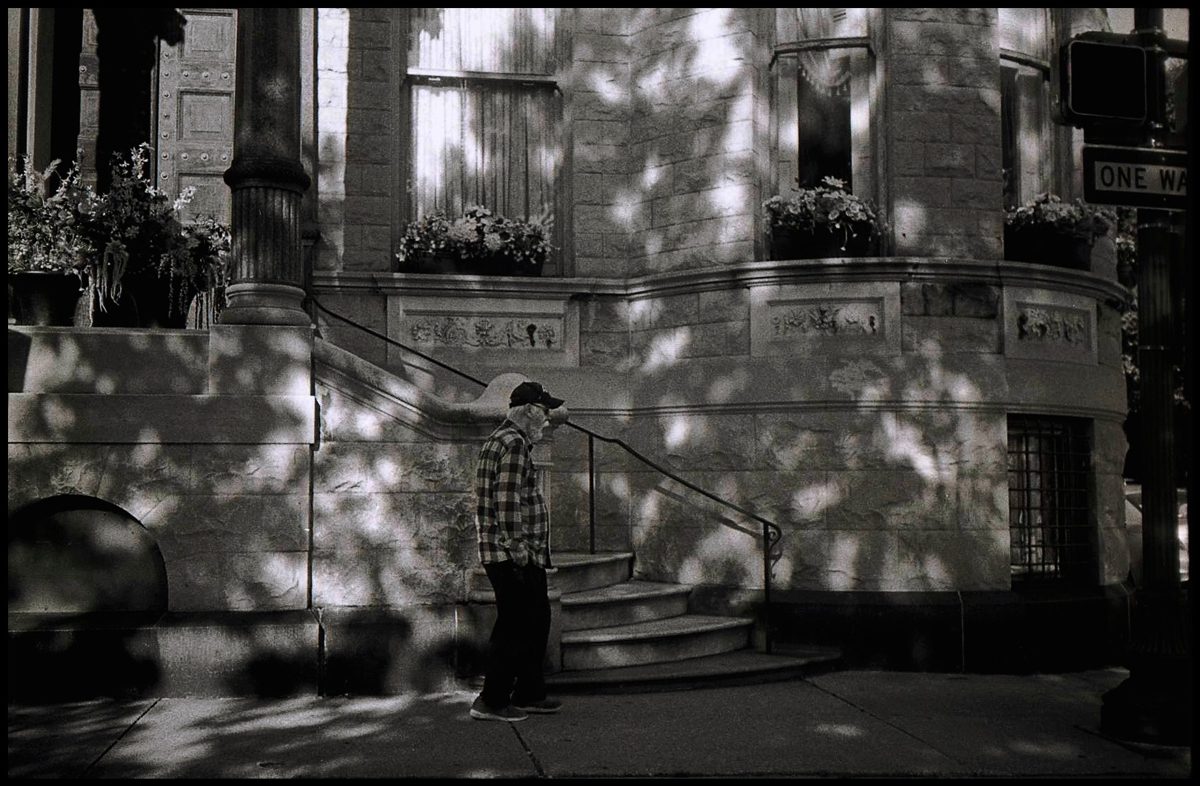 Whether outdoors or inside of the studio, the FP4 or HP5 are true B&W films that can make the moment become a visual sentence. On bright sunny days, the FP4 has this quality that I find to make the streets look as if it is a time zone that is all about seeing the uniqueness with a B&W visual altitude, street photography wise. Another impressive B&W film that is under the same umbrella as ILFORD is Kentmere, which I find to be a gentle gritty grain, consistent B&W film, as their 100 & 400 speeds are decent gauges of an ISO that gives me some visual dynamic options. 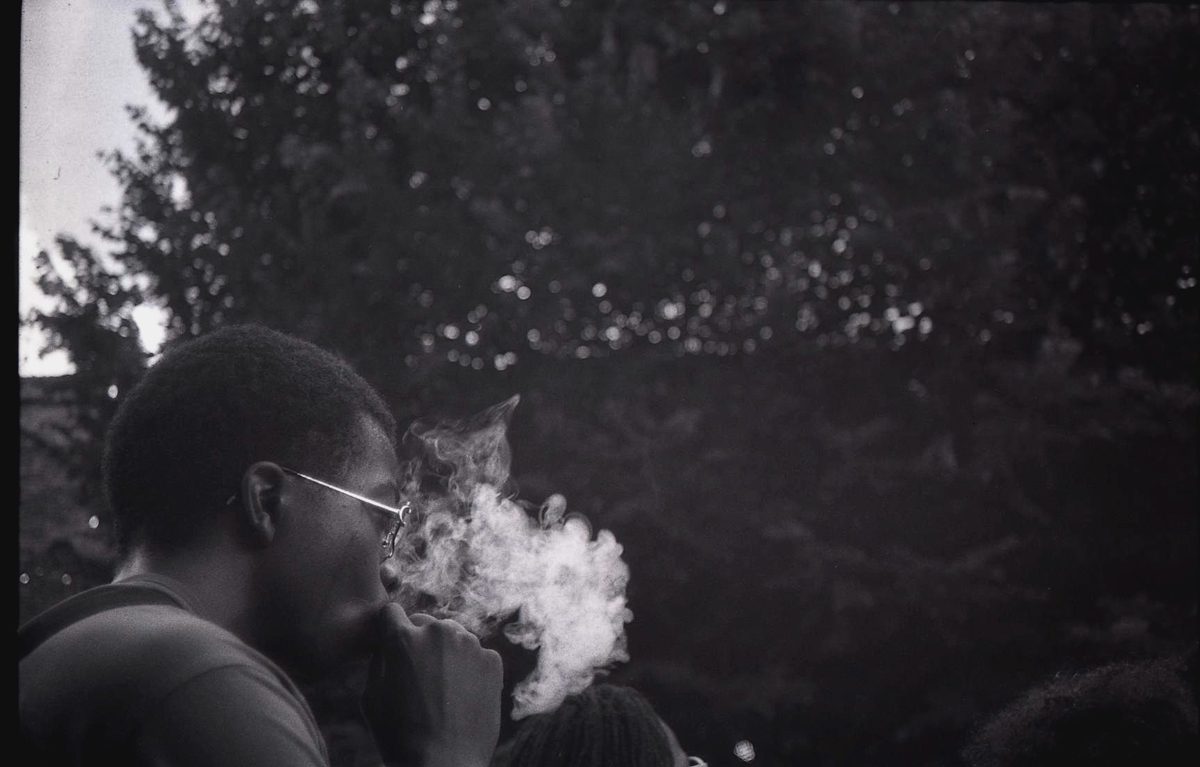 ILFORD's Pan F Plus is a film I enjoy photographing with. This is because it encourages my Eye to be precisely calculating about the light. Dealing with such a smoothly fine grain film & low ISO can really welcome me into using photographic mathematics to make sure that my light unites with the subject that is being photographed. 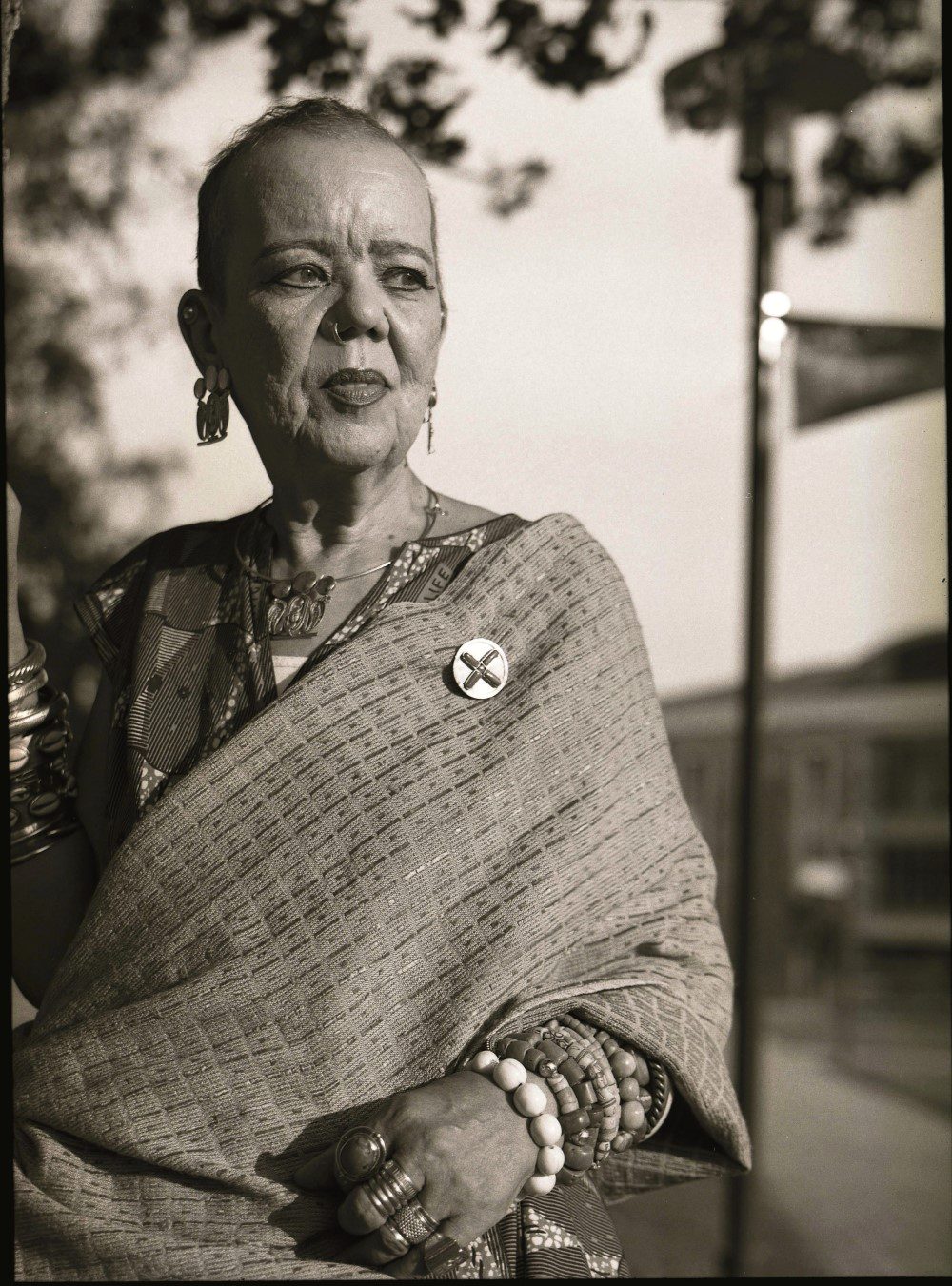 Flowing with this intriguing energy

I do not know if I have a style, because I love to photograph what appeals intriguing to my Eye, while flowing with this intriguing energy, I have found it to be a conductor for me to seek answers to visual questions & photogenic moments tend to become a classroom for my ambitions to learn about a medium that does not even have a Classical period (when we age it historically next to other mediums).

Instant gratification vs. a patient process

This is why I think ILFORD's existence in today's modern world of photographs being pushed massively through the virtual portals of what we read & see, is a mental structure of visually reminding us that the process of film photography is still about selecting your film, loading it into your film camera, photographing frame by frame & then going through the steps of processing & developing. 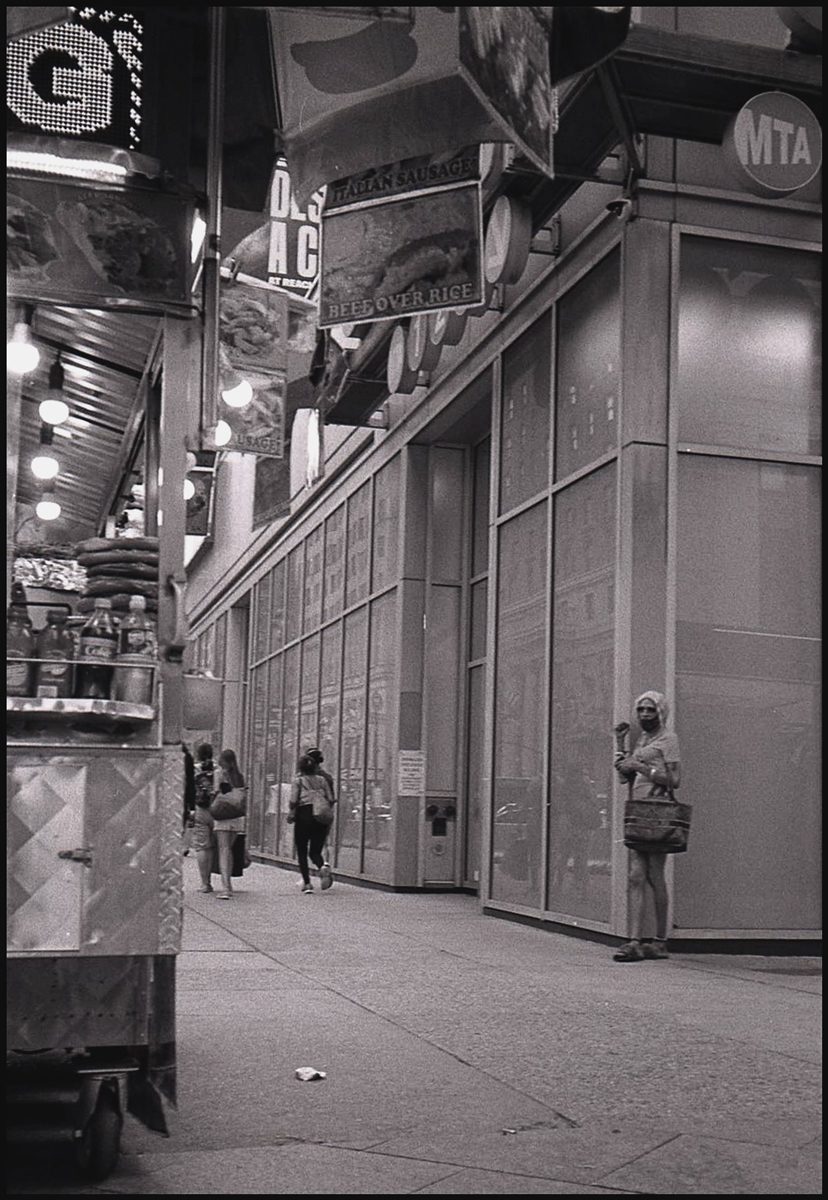 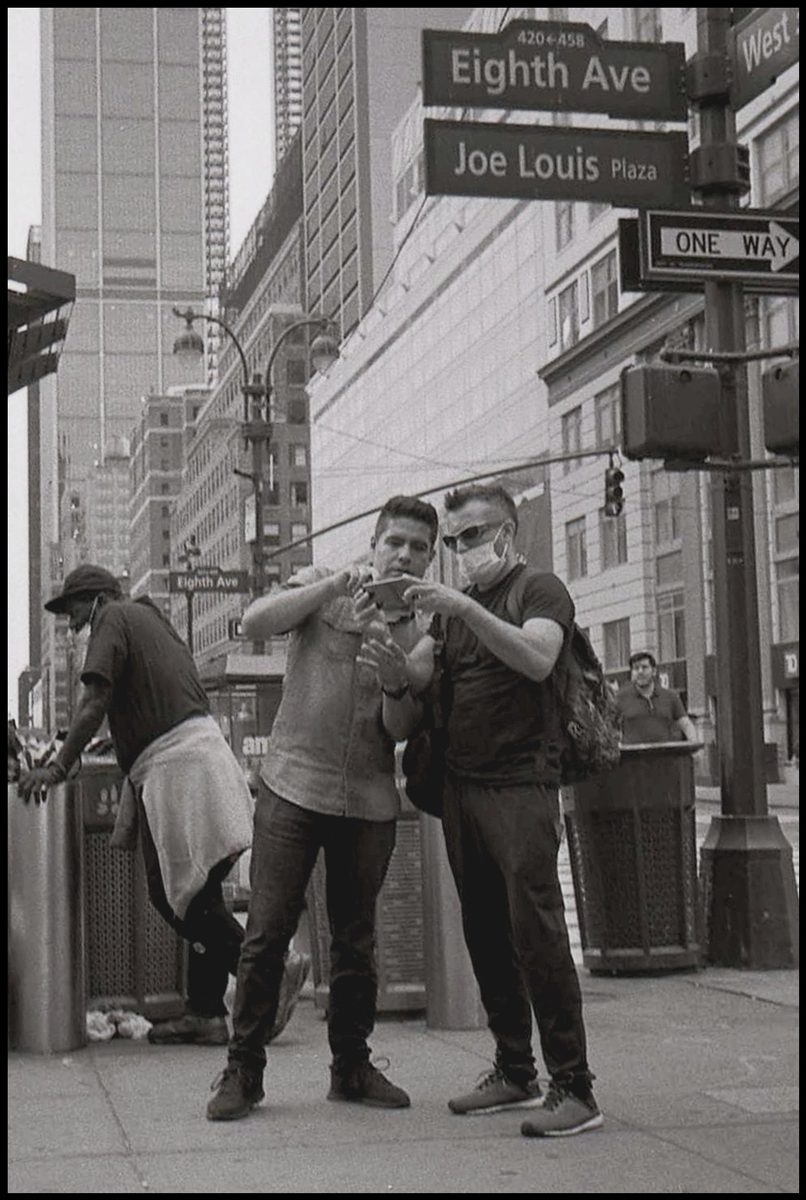 Such a discipline for me is something akin to inhaling & exhaling while understanding that it does not matter how high-tech we as a society rapidly run in this photography relay race with impressive photographic equipment alongside the profusion of photographs rocketing off into the Internet: the speed of Photography will always be about a pace that dictates one frame at a time. 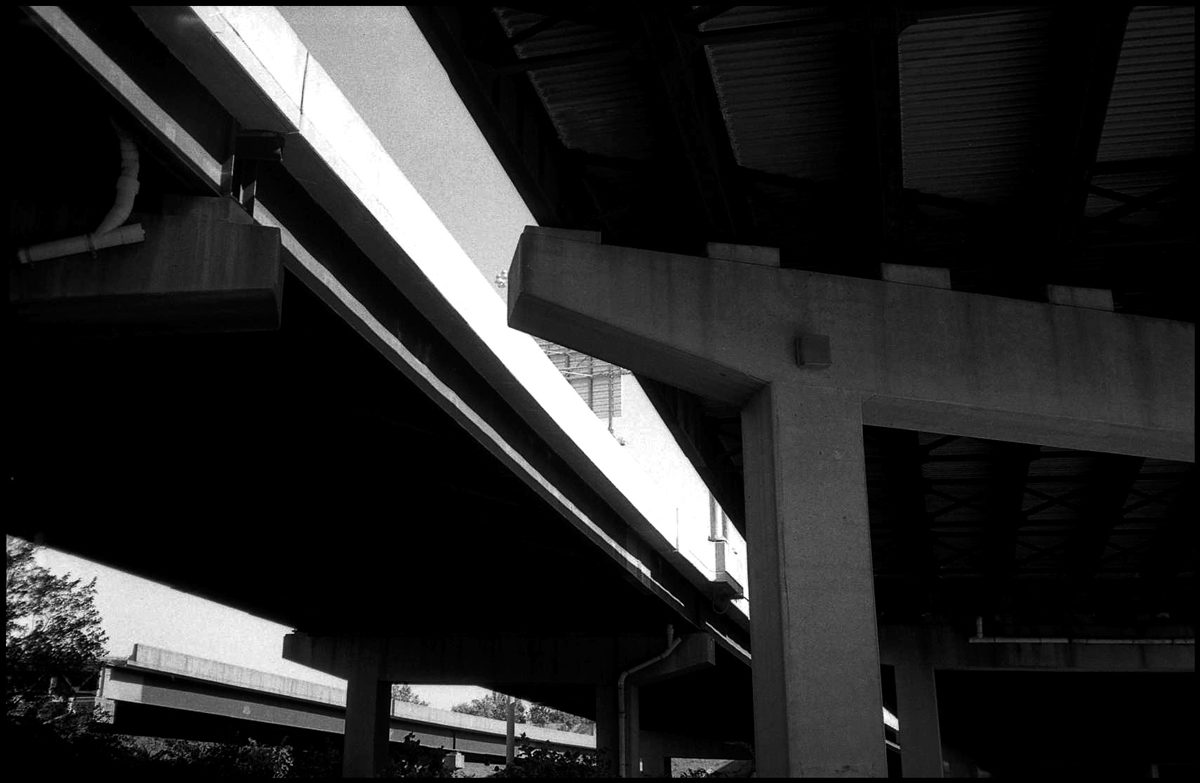 Instant Gratification vs a patient process

How does Ilford fit into this realm of instant gratification vs. a patient process called film photography? It offers to us  FP, HP, Delta, XP2, SFX, Pan 50, Ortho Plus & photo chemistry: these are some of the components that will always help me with staying inspired by the tangible magic that is all about visualizing while holding a film camera & allowing the patience of the film process to be a breath of fresh air. 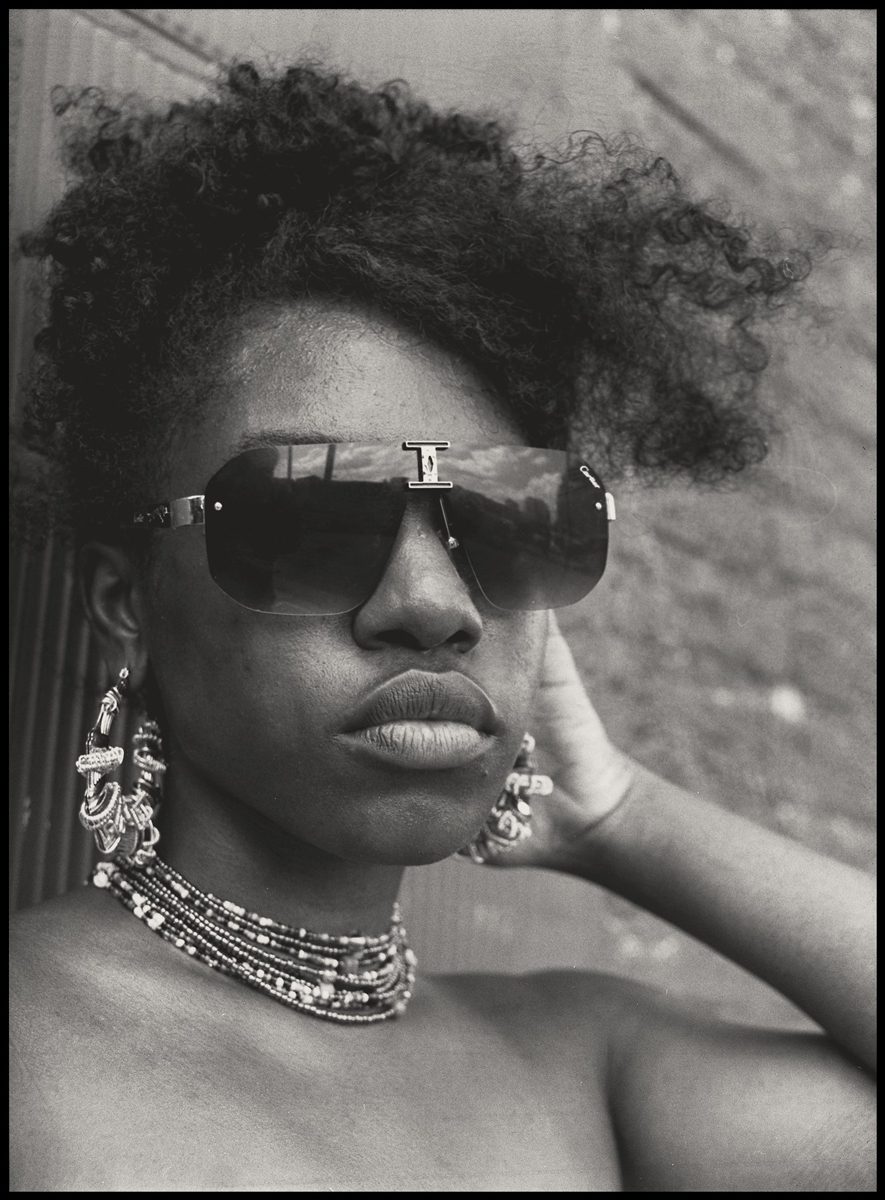 Shaun La is a photographer & writer.  Professionally starting off with the medium of photography at the age of 18 (25 years ago) with a Minolta Hi-Matic & 135 film, the desire to see the moment became a way to envision the possibilities in wanting to be a timer waiting to see if he could photograph more moments. His photography extends into fashion, street, photojournalism, landscape, still-life & candid realities — still utilizing film cameras only, 135 & medium-format film.

As a writer, he has penned numerous essays on various topics, which have been published by the Amsterdam News, the Baltimore Sun, Afro-Punk, Camera Obscura, Phoblographer, Street Photography Magazine & other media outlets. Currently he is working on his book, “The Perpetual Intellectual View Called Photography: Essays,” & putting together the building blocks for an upcoming exhibition on his Photography.

A student’s view and the female gaze

In our digital age, film photography can appear to be expensive and risky but it has challenged me to learn th...
Read More