I always loved celluloid pictures. Maybe I was drawn in as a baby, while the 8mm camera whirred (and the handheld light blinded). Maybe it was being so thankful to my big brother for lending me a 35mm rangefinder and showing me how to use it at age 10. Might have been the Minolta-16 he gave me (as a graduation present?). What a sweet little 16 that is, and I’ve still got it. Can you get those cartridges now? I envied his Pentax Spotmatic as I shot 8mm motion pictures on the point and shoot family camera, making up stories and imagining them projected. I don’t recall what I first got for an SLR but I became the archivist and self-inspired shooter. “Burger Shack” is typical of my current series of black & white prints: “Looking for Muskoka”. It seems that soon after I shoot one of these under-maintained entities, next thing you know they are gone. This hut stands no longer.

Right after college I was hired to make a 16mm film, but I was not intended to be “in the business” or “an artist” at that time. I got a job as an audio-visual technician, which morphed into computer tech, and I moved from Toronto (city) to Muskoka (country). I didn’t create much in those years. After thirty of them, I’m back. Since retiring from the school board, I’ve been a full-time artist. The first thing was to re-establish pinhole photography. Thirty years after receiving an Ontario Arts Council grant to teach pinhole photography in schools, I’ve received another one – for the exact same program! Using the actual hard board template from back then, students trace, cut out and glue/tape together a cardboard camera. In the portable darkroom, they drop in an ILFORD MULTIGRADE 4×5 sheet. Outside, they remove the tape covering the pinhole, count to 30 (or what is required), return to the darkroom and process the paper. The paper negative is then contact printed or scanned. The whole procedure can be seen in my super 8 movie, here: https://vimeo.com/175175576 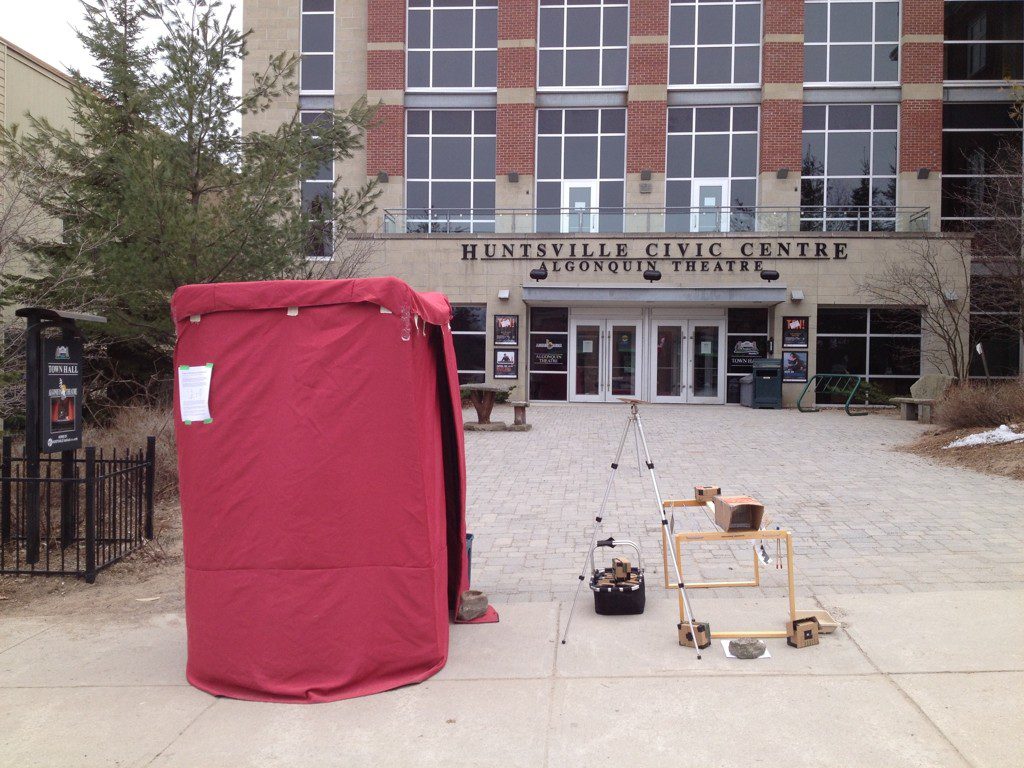 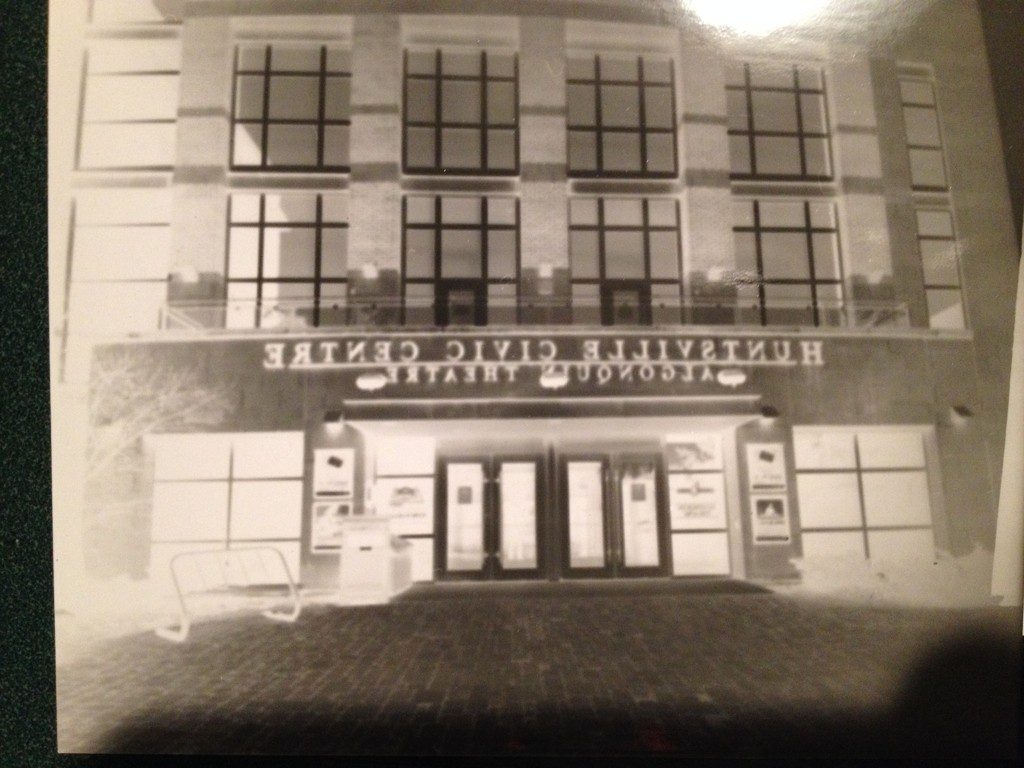 I’m thankful the paper and chemistry are still available. I’ll use it and introduce it to young and old as long as it is around. That is a blessing. When I tell people I’m doing this, if they once experienced the darkroom, their face lights up. And the kids now, knowing such a non-digital/non-instant image for the first time, will not forget. It is a tactile, and whatever the equivalent term is for mind-real experience.

PS: best line so far was the kid shouting out from within the darkroom “Sandy; it worked!!” Sandy McLennan is an Ontario, Canada multi-media artist thriving on reinvention. After graduating Sheridan College Media Arts he moved to Muskoka in 1986. At that time he received a provincial grant to teach pinhole photography.

McLennan worked as Audio-Visual/Computer Technician in schools until 2014. Pulling from layers of experience and current crises of the privileged, McLennan’s art is a channelling of evidence viewed through compulsion – expressed via photography, motion pictures, installation, and performance.

Currently, he is shooting, processing and projecting double 8mm celluloid motion picture film. In the fall, 30 years later, he has a new provincial grant to teach pinhole photography in schools, employing a DIY portable darkroom. He is thankful that ILFORD paper is still around: 8×10 cut into 4×5 fits better than ever in the cardboard cameras!

There were lots of people out and about taking their shot for World Pinhole Photography day 2019 last weekend....
Read More