With almost 1000 entries, from schools, colleges and universities across the country, the 2016 competition witnessed an exceptionally high standard of darkroom printing which took several rounds of judging and plenty of debate before the winning images were selected.

The standard was so high this year that the judges have also awarded an additional three images as highly commended along with the overall winner and runner up.

The title of ‘ILFORD PHOTO Student Photographer of the Year 2016’ is awarded to Maria Elizabeth Rotela Pereira from North East College Scotland for her print entitled ‘Dragon’ which she shot on ILFORD FP4 PLUS film. Maria receives £100 of product of her choice from www.harmanexpress.com along with her winning image professionally mounted and framed by ILFORD LAB DIRECT.

Josh Klaire from Sandwell College was awarded the Runner up prize for his image ‘Darkness within’ shot on ILFORD HP5 PLUS. While, Nikki Wilcock from Blackpool and The Fylde College, Phoebe Hall from Leeds College of Art and Justas Katinas from Sandwell College all submitted highly commended images.

Leeds College of Art took the college prize of £125 to spend on www.harmanepress.com for submitting the most eligible entries.

Matt Parry, Marketing Manager at HARMAN technology said, "Not only has the standard of entries been exceptionally high this year but the creativity and originality shown has been equally impressive. We are always excited to see how the themes we set are interpreted and it is fair to saythat this year's students have embraced the Pretty Ugly theme. While the winners clearly stood out there were many others that could have taken the title which continues to highlight the quality of the teaching and the talent of students." 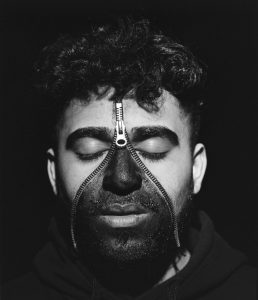 “Darkness within” Runner Up image from Josh Klaire at Sandwell College

ILFORD PHOTO’s annual student competition has once again unearthed some incredible talent from within the UK...
Read More