I had just stepped out of the subway station when my cell phone rang. It was my father. “I saw on the news that there are protesters gathering in Manhattan over the grand jury decision. Be careful getting home.”  “OK, Dad. Thanks for letting me know. I’ll be careful.” I put my phone back in my pocket, reached for my cameras and felt the weight of them on my neck as I slipped their straps over my head. I adjusted my camera bag on my hip, turned the collar up on my old green army jacket, and took a deep breath as I faced the mass of protesters in front of me who had gathered in Union Square in the chilly night air. 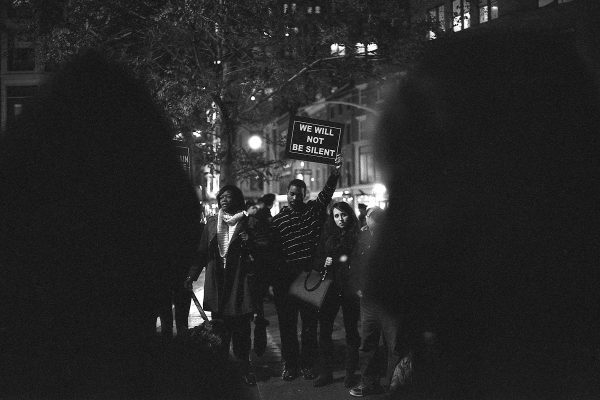 And so began my project Mic Check documenting the Black Lives Matter Movement in New York City in late November of 2014.  It has been four and a half years now, and I’m still photographing the movement and the protests that occur intermittently around the city.  It was also not the first time I have made my parent worry. 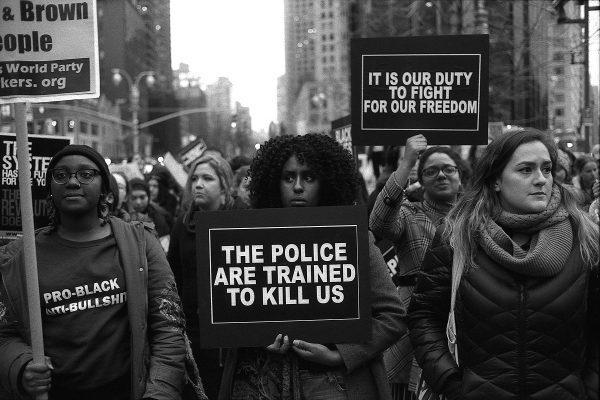 The Police are Trained to Kill Us, Columbus Circle, Manhattan, March 28, 2018

More Than Just a Glance

This is how I’ve always worked. Long-term looks into stories on the edge of journalism, documentary and art. I use my projects to look deeper into the stories that others just glance at. I want to take the time to really explore the subjects I choose to photograph. Sometimes it is weeks or months, and sometimes years. I proceed at whatever the pace lets me. I take the time to delve deeply into my subjects and spend time getting to know them whether I am photographing or not.

The photographers I’ve always admired tend to come from a similar vein. People like Eugene Smith, Gordon Parks, Eugene Richards, and Bruce Davidson who all documented different communities, protests, poverty, and civil rights issues in ways that strive to tell the stories in ways that disrupt the usual tropes.  But my influences also include some of the great war photographers. They told the stories of war and its aftermath in humanistic ways, like Larry Burrows, Don McCullin, Philip Jones Griffiths, Susan Meiselas, Josef Koudelka and Catherine Leroy.  All of their approaches in how to document people in a range of circumstances has taught me a lot about how to see and focus on what is in front of my lens.

The ideas for my photo series are very much influenced by the news. Every day I read copious amounts of local, national and international news. I am also a voracious reader of books of all sorts. While everything I read may not immediately lead to an idea for a series of photographs, all the stories and information that I take in becomes fodder for photo projects, and information I can use for background.  That can range from reading stories about domestic workers in Hong Kong, to stories about mass incarceration of African Americans, to daily news out of Pakistan, and to news about hate crimes against Muslim Americans.  And once I am working on a project, I tend to read even more about the subject to get a fuller picture of what I am working to cover.  One can never read too much.

I began Mic Check by following the stories of Michael Brown and Eric Garner, the trials, and then the protests that arose first in Ferguson before watching the tension build in New York before the Garner verdict came down.  When people took to the streets, I was ready.

My story on the Karen People, titled Life on the Border: The Karen People of Burma began after hearing a small story on the BBC in 2005 about the Mae Tao Clinic where many Karen refugees were being cared for, and then contacting clinic to learn more about what was going on. 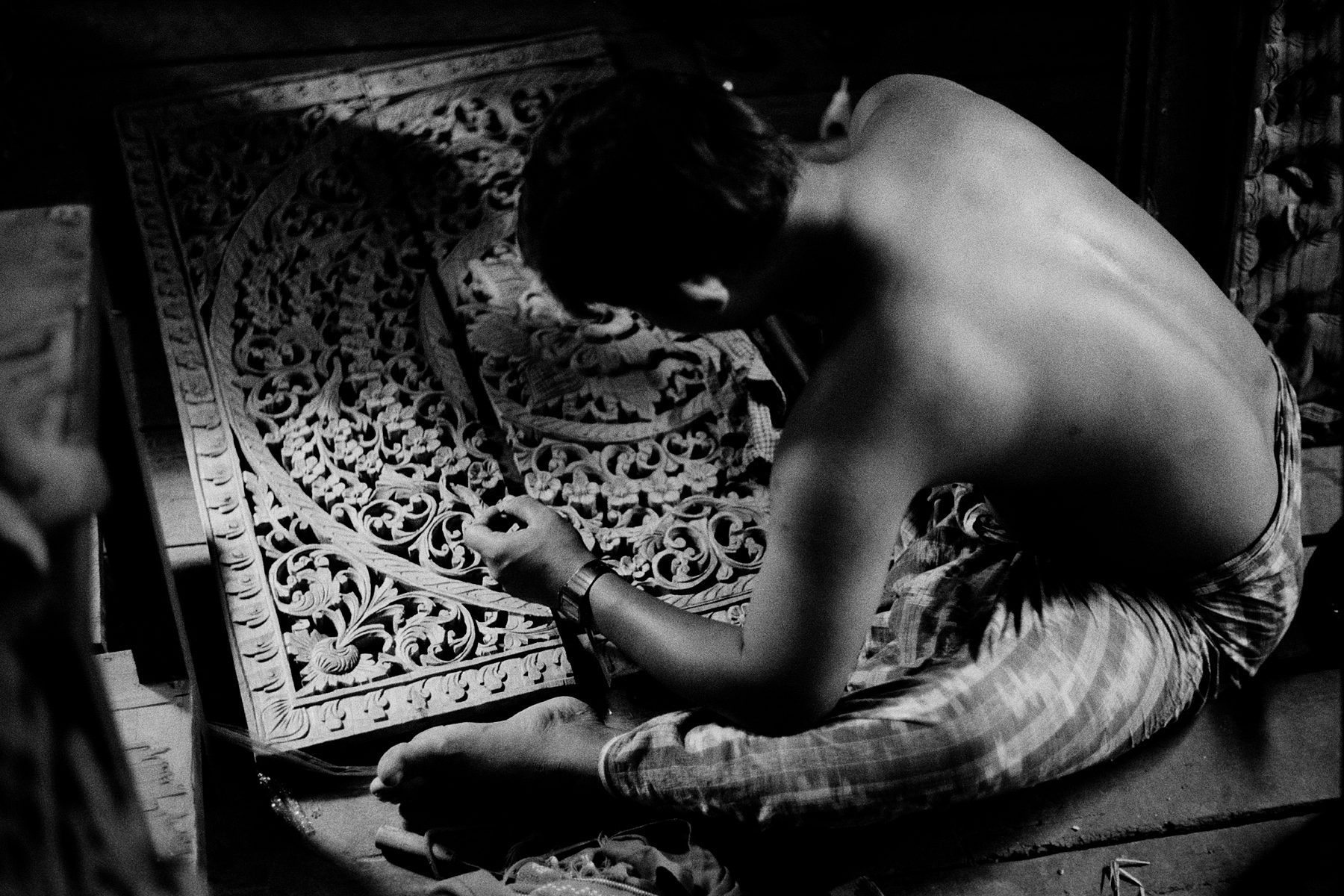 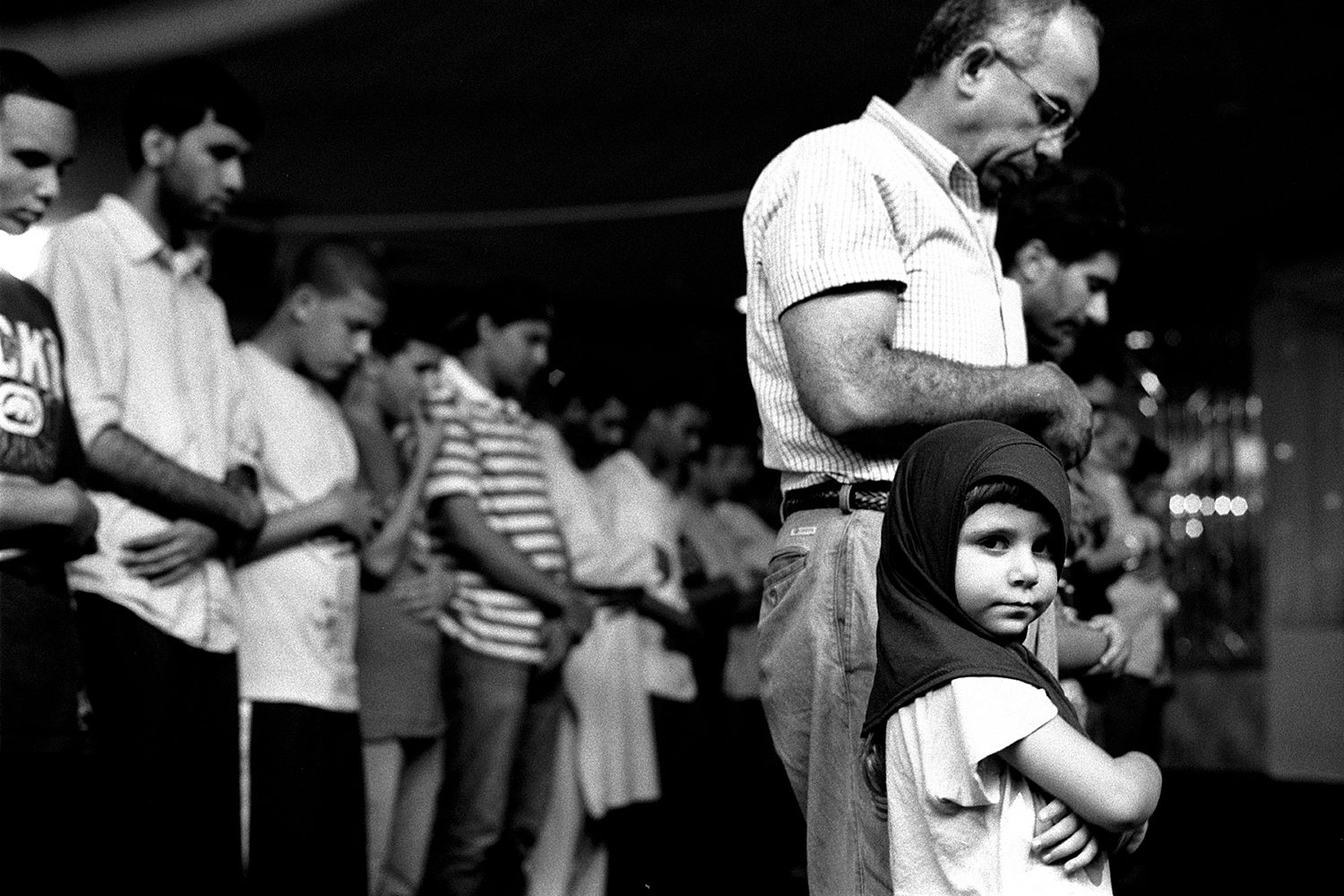 My work documenting Muslim American communities called Muslim/American, American/Muslim grew out of following local coverage in New York City about the Muslim American Society and their plan to convert an unused convent on Staten Island into a Mosque and Community Centre and the protests and outrage among the people of Staten Island in 2010.

Sometimes the stories come more indirectly from news.  For my series Romeo, I looked into the life of a working poor women in New York City. 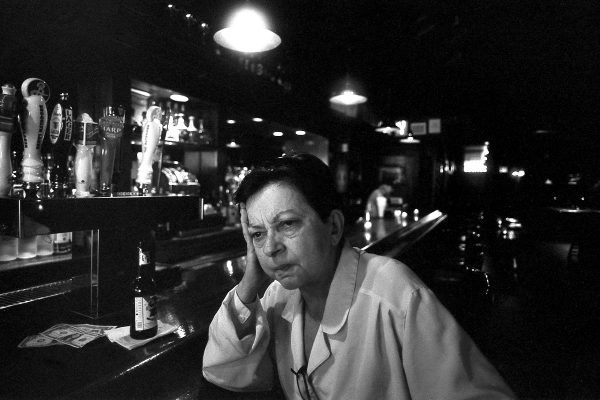 Romeo at the Bar having a Beer After a Long Day at Work, Chelsea, New York City, 2014

While for Chai at Midnight: Or What I saw I Pakistan I documented what daily life is like in Karachi and Lahore outside of the usual coverage we see and read about Pakistan.  For Hong Kong Days, Hong Kong Nights I am exploring the duality of Hong Kong between both how the city changes from its daytime business culture to its seedier nighttime exploits. As well as the duality between the rich and poor who live there.  My series Myrtle Avenue looked at that street in Brooklyn through the eye of the great recession and the lens of a passage from Henry Miller in his book “Tropic of Capricorn.” 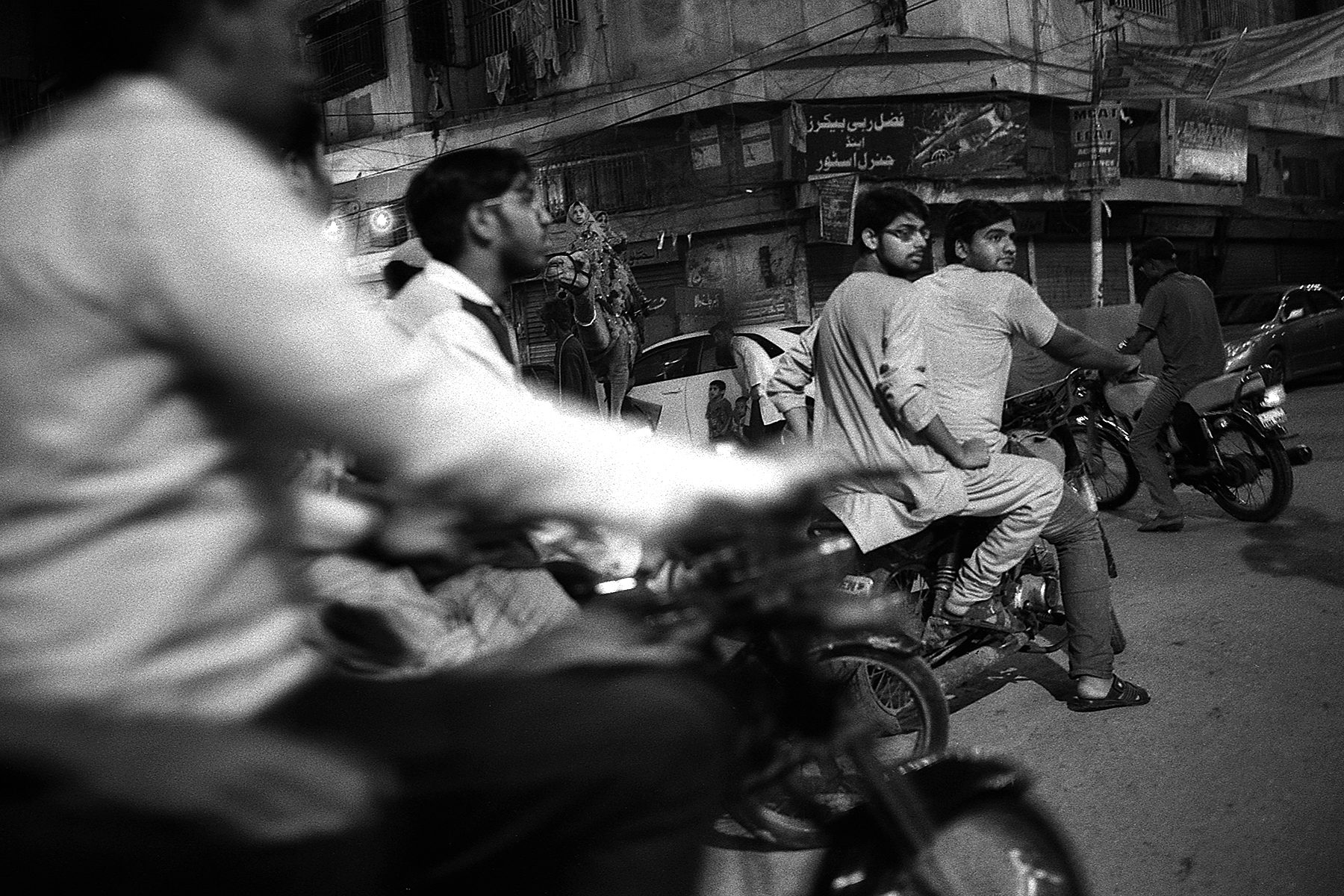 Young Men on Their Motorbikes at Night During Ramadan, Karachi, Pakistan, 2016 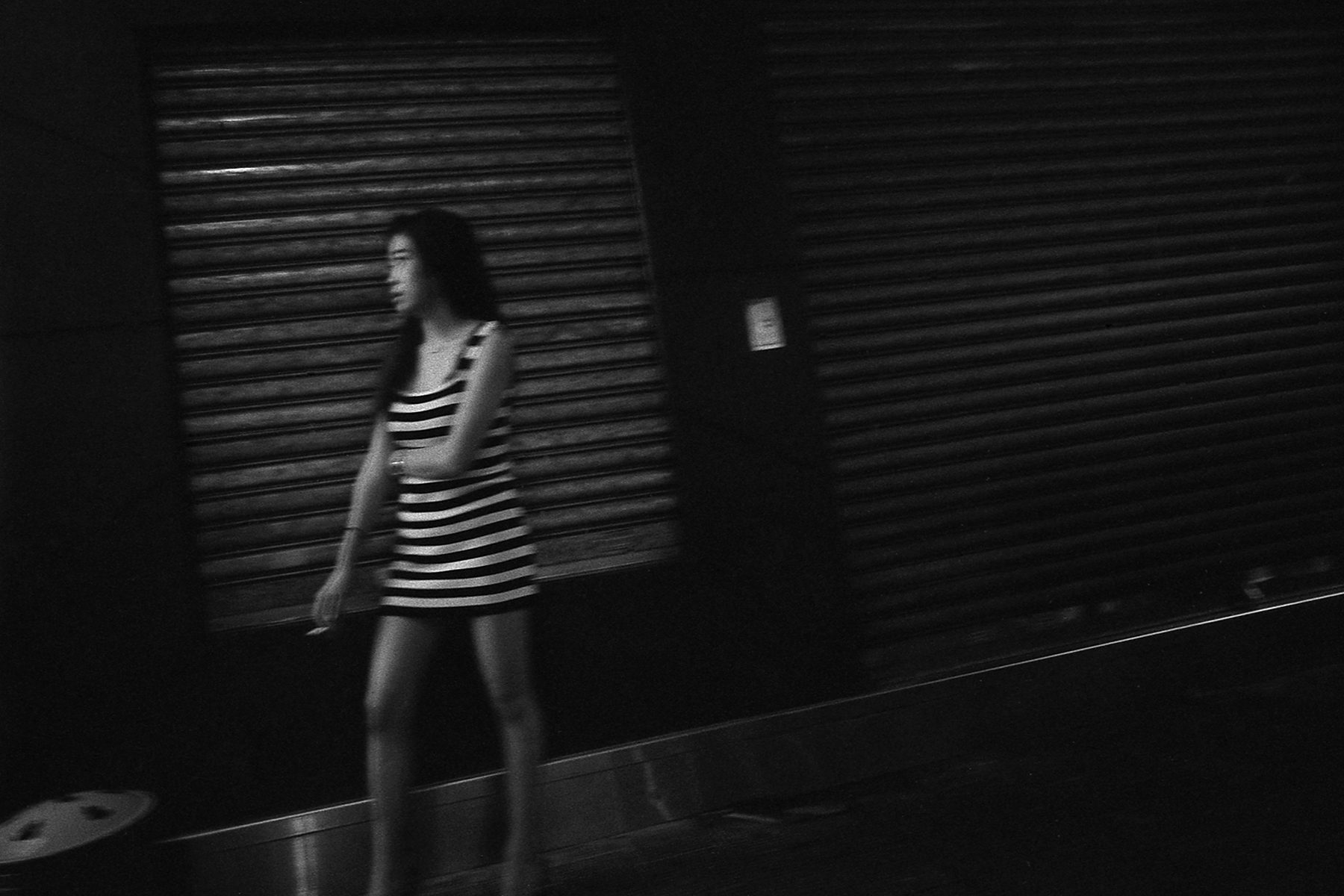 And then there is my longest on-going series Drive Safely, begun back in 2005.  It is my look at America as I travel around. Trying to reconcile the America I was taught about in my youth with what I see before me through my adult eyes.  In many ways, the series could also encompass my other work from the US into it.  All of my American stories are in their own way looking at what American is, and exploring how politicians, the media and even religious leaders portray America versus what the America I see as I travel.  Are we a just and righteous power in the world or an enormous bulls-eye?  Is American the land of opportunity, or the land of permanent recession?  Are we a melting pot or an impenetrable “Us vs. Them” society? 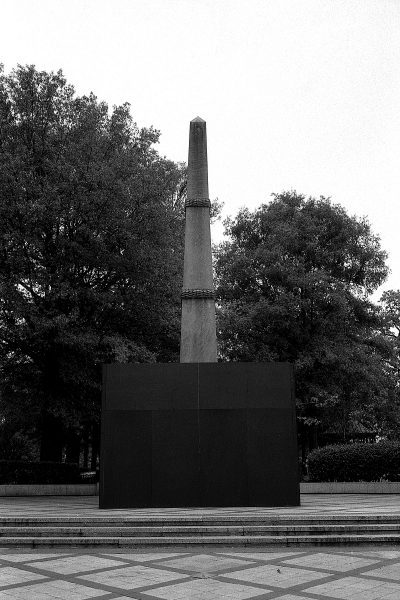 The Power of Thinking

The goal of my work has always been to start conversations about the subjects they cover.  I know that my photographs are not going to change a viewers’ mind just by seeing them.  Very few photographs have that power.  But if the viewers of my photographs begin to think about the world around them in ways they did not before, then my work has been successful.  It is not an epiphany I am trying to create, but a way to get people thinking outside of their usual trains of thought.  And to me that is what good journalism is: not telling people what to think, but giving them the information to think on their own.

All shots are taken on Ilford HP5+ and printed on Multigrade FB Classic.

Rob Gerhardt was born in Augusta, Georgia in 1977, but grew up in the suburbs of Philadelphia, Pennsylvania.

Rob’s work has been in numerous solo and group exhibitions in the United States, Canada, and Europe, and is in a number of public and private collections including The Museum of the City of New York, The New York Historical Society, and the Arab American National Museum. His work has also been published both nationally and internationally, including in The Guardian, The Diplomat, The New York Times, The Huffington Post, Newsweek, Haaretz, and Suddeutsche Zeitung.

The first roll It is January 31st, 2020. I’ve arrived in London to document the events surrounding the UK leav...
Read More