One of my lifelong hobbies is photography. I have been taking photographs since I was about 10 years old when I was given an old Kodak folding pocket camera that had belonged to an uncle, Bertrand Perrett, who was a professional photographer and painter in England. I learned to develop and print black-and-white film at school when I was a teenager back in the 1970s.

When digital photography came along I moved to that medium, but recently I’ve come back to film again. Digital photography has some advantages, but I find film to be more challenging and interesting, and I appreciate the slower pace of film, which seems to require a more thoughtful approach to each shot. With a film camera, one also avoids the pressure and expense of the electronic upgrade cycle every few years. It’s quite possible to use a film camera today that is many decades old and still get great results as many photographers are doing.

In many film processing labs today, film scanning is available as a routine part of the processing service, thereby bridging the gap between film and some of the useful features of digital photography such as ease of sharing images over the internet, and cataloguing one’s photo collection with programs like Adobe Lightroom, or digitally modifying an image to suit some need. I think that the hybrid of shooting with film and digital scanning of the negatives combines some of the best features of both types of media. I do plan to return to developing and possibly printing film myself again, but for now, I send my exposed films to commercial labs for processing.

One of the aspects of film photography I’m exploring is the difference in characteristics of the available film types. A Christmas vacation in Maui, Hawaii was a good opportunity to try out some different films in a very scenic location.

In addition to several color films, I brought two black-and-white films that I hadn’t used extensively: Ilford Pan F Plus 50, and Ilford Delta 3200. These are at the two extremes of usual film speed, and I wanted to try them out. A word of caution to visitors to Maui: bring your own film! The only film I could find there is sold in pharmacies and is in very limited selection. The only film I could find in the Walgreen’s store near our hotel was Fujifilm Superia ISO 200 and 400 in 35 mm rolls. I called a store that claims to be a professional photographic place on the island, but they carry no film at all. So plan ahead!

Let’s start with Ilford PANF PLUS 50. This is a slow speed (ISO 50), very fine grain film that allows for high image detail. The weather in Maui was generally really good when we there with plenty of sunshine along the coastal regions, so I was hoping for some good things from this film. The camera and lens were a Leica M-A and Summilux 50 mm f/1.4 aspherical lens, and I used this film with a K2 (yellow) filter to optimize contrast between the sky and clouds. The M-A, a new film camera that Leica released in 2014, does not have a built-in light meter, so I metered with the Sunny 16 rule in daylight or with a Sekonic L-478D incident light meter in shade, allowing one stop to compensate for the filter absorbance.

I really like the results from this film. It gives great detail with minimal, if any, visible grain at reasonable enlargement. The tonal range is excellent, with good mid-tones and good contrast. All in all, it’s a really fantastic film that excels in strong daylight. 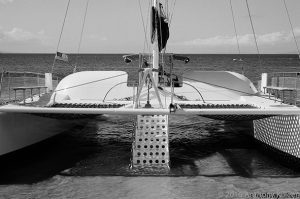 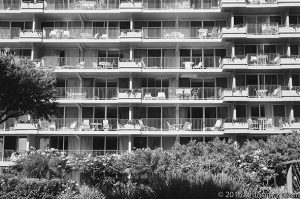 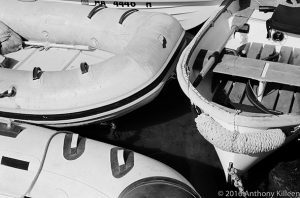 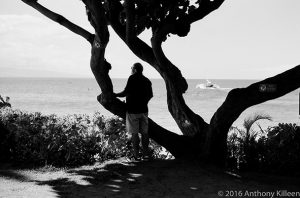 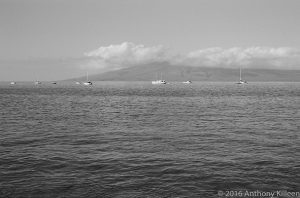 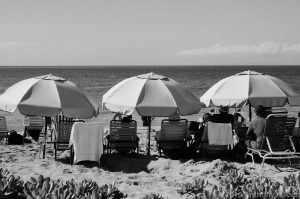 In shade, the results are very acceptable to my eye. This was shot at f/1.4, allowing also for the bokeh of the lens to become apparent. At the other end of the speed range is Ilford Delta 3200. It’s a bit confusingly named because the ISO is not 3200, but more like 1,000 according to the technical data sheet. However, it can be used over a really wide range of exposures with appropriate push processing. For this roll, I assumed an ISO of 1,000 and it was developed without any push/pull.

When I was carrying this film through the airport, I asked for a hand inspection of it at the security checkpoint so as to avoid putting it through the X-ray machine, which may fog a film this fast. The TSA (in the U.S.) allows for this if your film is rated ISO 800 or faster, as far as I know but it’s best to check in case the policies have changed. What I’ve read is to never put undeveloped film in checked baggage; apparently, the radiation from the baggage scanners is much stronger and it can fog even slower film.

Delta 3200 film has significant grain, but it’s not all bad in the final image. In daylight, low contrast settings (and as this roll was processed) the grain creates a kind of softness that can be quite atmospheric, and looks a bit like a Pointillist work, or at least that’s my impression 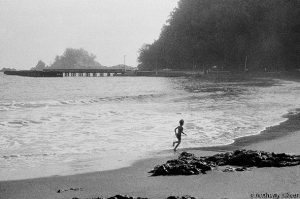 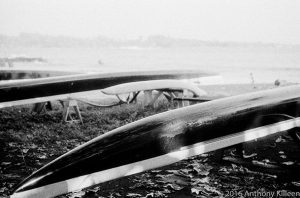 But this belle de nuit really comes alive as the sun goes down! It gives really rich blacks and reasonable mid-tones for such a fast film used in low light. I was impressed that it could easily capture the glow of smartphone screens from about 30 or 40 feet in the 2nd photograph below. 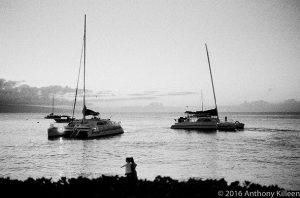 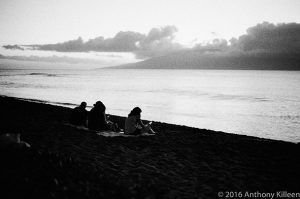 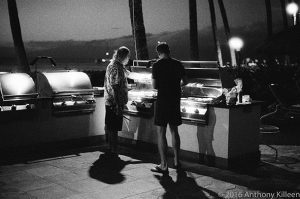 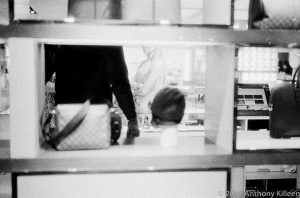 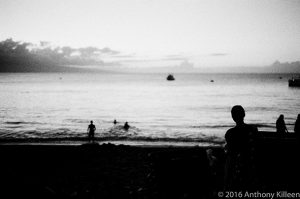 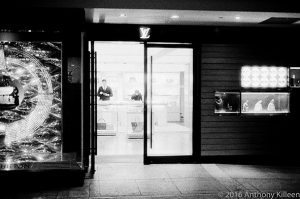 These are two very different films and with their own distinctive characteristics. They represent the ends of the range of ISO of commonly used film (with many great films between these extremes). Both have their strong points and you pick the right film for your application, anticipated light conditions, and desired “look”. I intend to experiment with both of these a lot more this year.

Anthony Killeen is a pathologist in Minneapolis, Minnesota, and an enthusiastic photographer who is rediscovering the pleasures of shooting film again after a digital hiatus.

The star of this week's #ilfordphoto #fridayfavourites #35mmpanf theme is the slowest film in our collection. ...
Read More