To say that this project got away from me would be accurate. It morphed and changed as I shot more film, but the more film I shot, the more it changed. It wasn’t until the end that I could feel it becoming cohesive. I started out with a relatively easy goal. Take some basic street photos of Salem, Massachusetts and document how much it comes to life during Halloween. 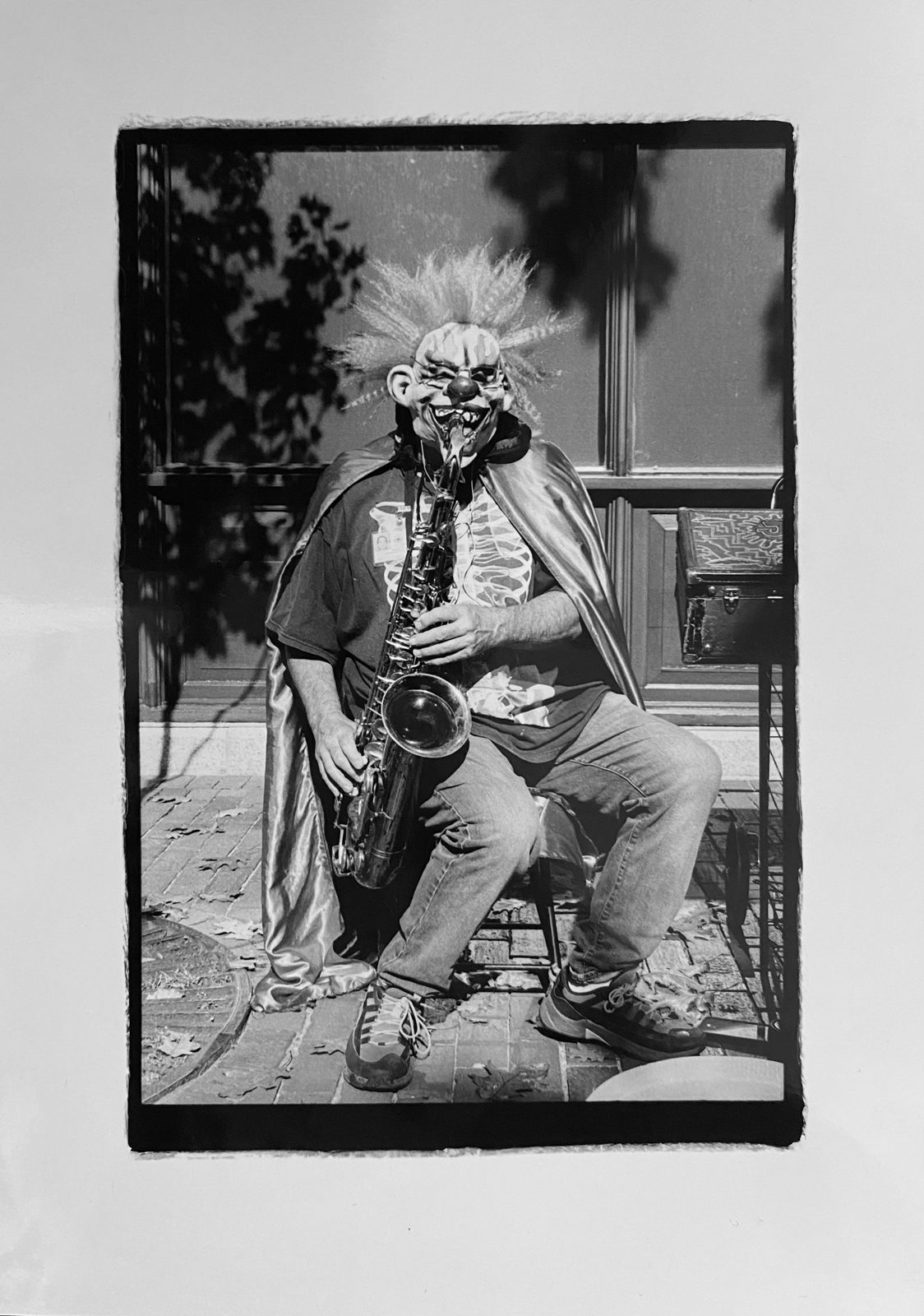 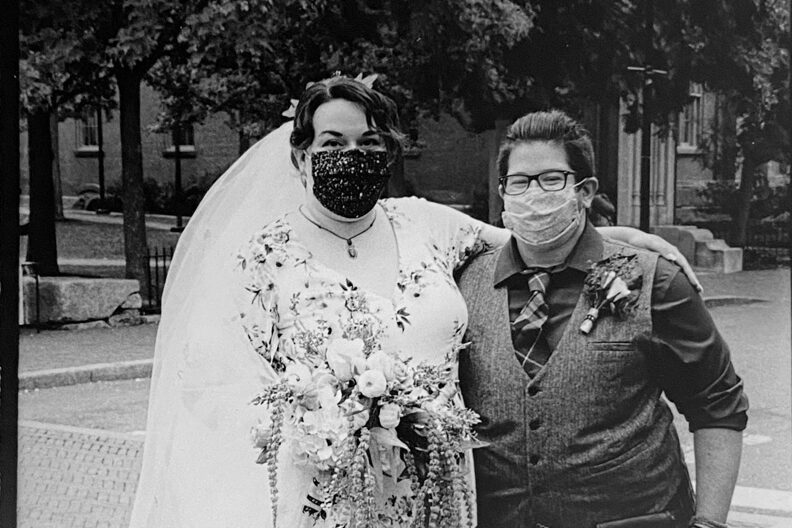 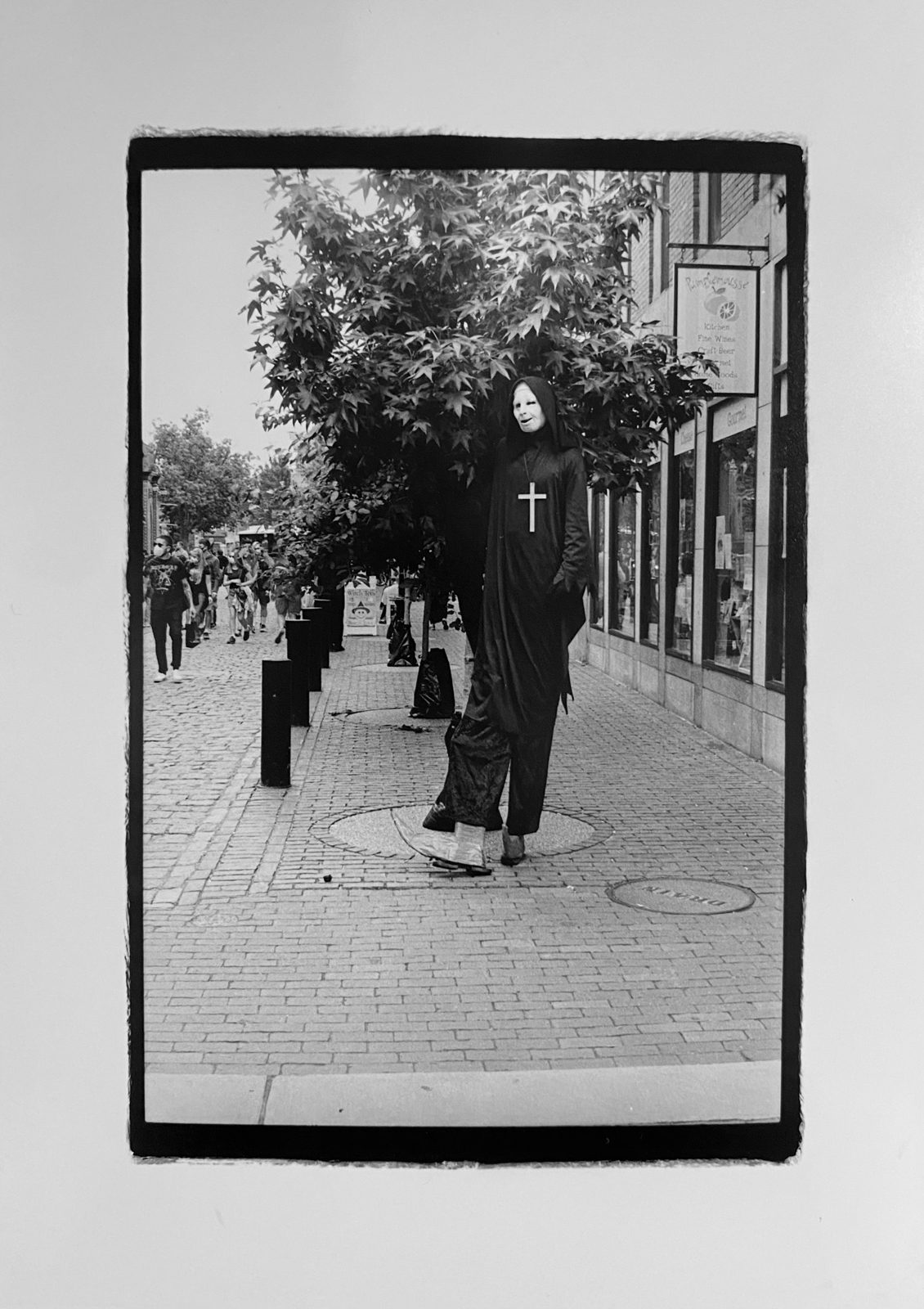 Salem is best known for the witch trials that took place in 1692. Many people were wrongly accused of being witches and 14 women, 5 men were hanged and one man was pressed to death. It's a dark legacy and the city has embraced it while respectfully remembering who came before us. In recent years, it has created a culture that celebrates the occult and everything spooky and witchy year round. 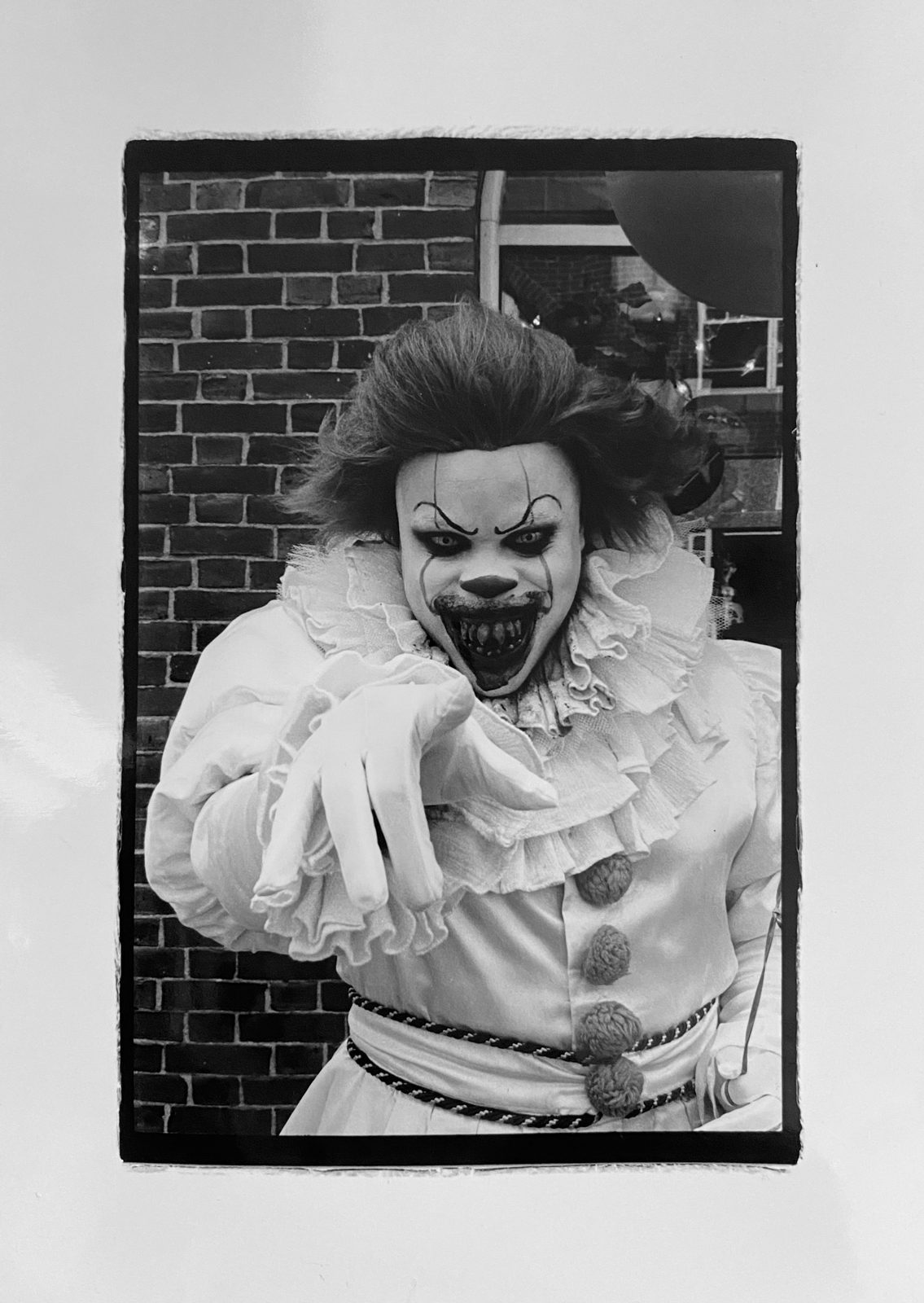 The energy of Salem

I shot a few rolls and processed them. I process and print my own photos using the darkroom at Salem State University where I graduated with a degree in photography in 2001. I'm so happy to have the opportunity to teach and help out in various darkroom classes. And, recently I was hired to teach a community darkroom class there. As many darkrooms have disappeared, which is awful since I strongly feel they should be a part of everyone's photography education. I'm so lucky that I have access to this one.

I made some prints but they felt flat and really didn't capture the energy of Salem. Realistically, how many people can you photograph with a tiny witch hat on without it seeming generic? So, I started to talk to people in the street and then ask if I could take their picture. I realized without trying, I had switched to street portraits, which is NOT like me at all. I would usually rather lay down in front of a bus than ask someone if i can take their picture but I did it. 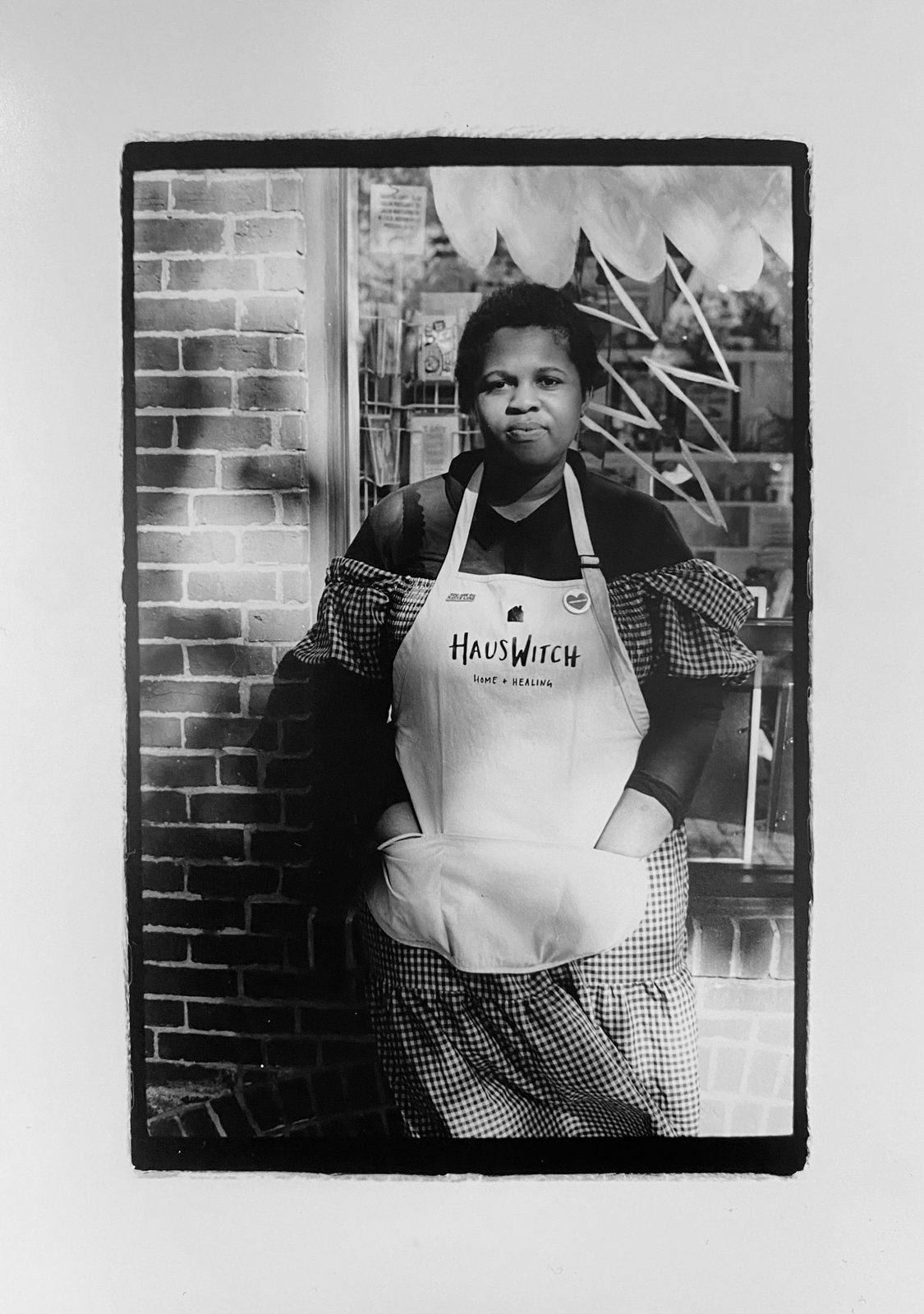 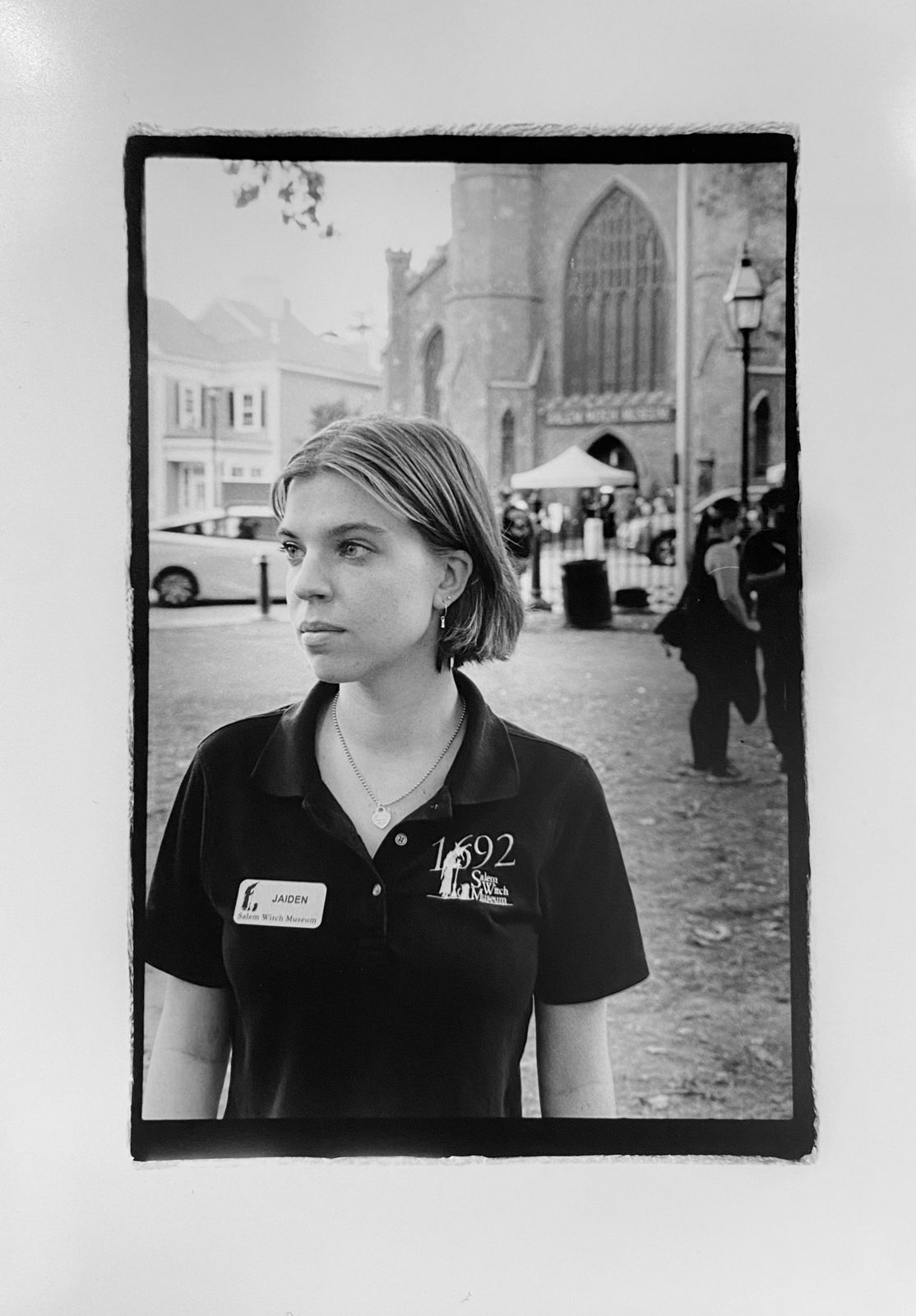 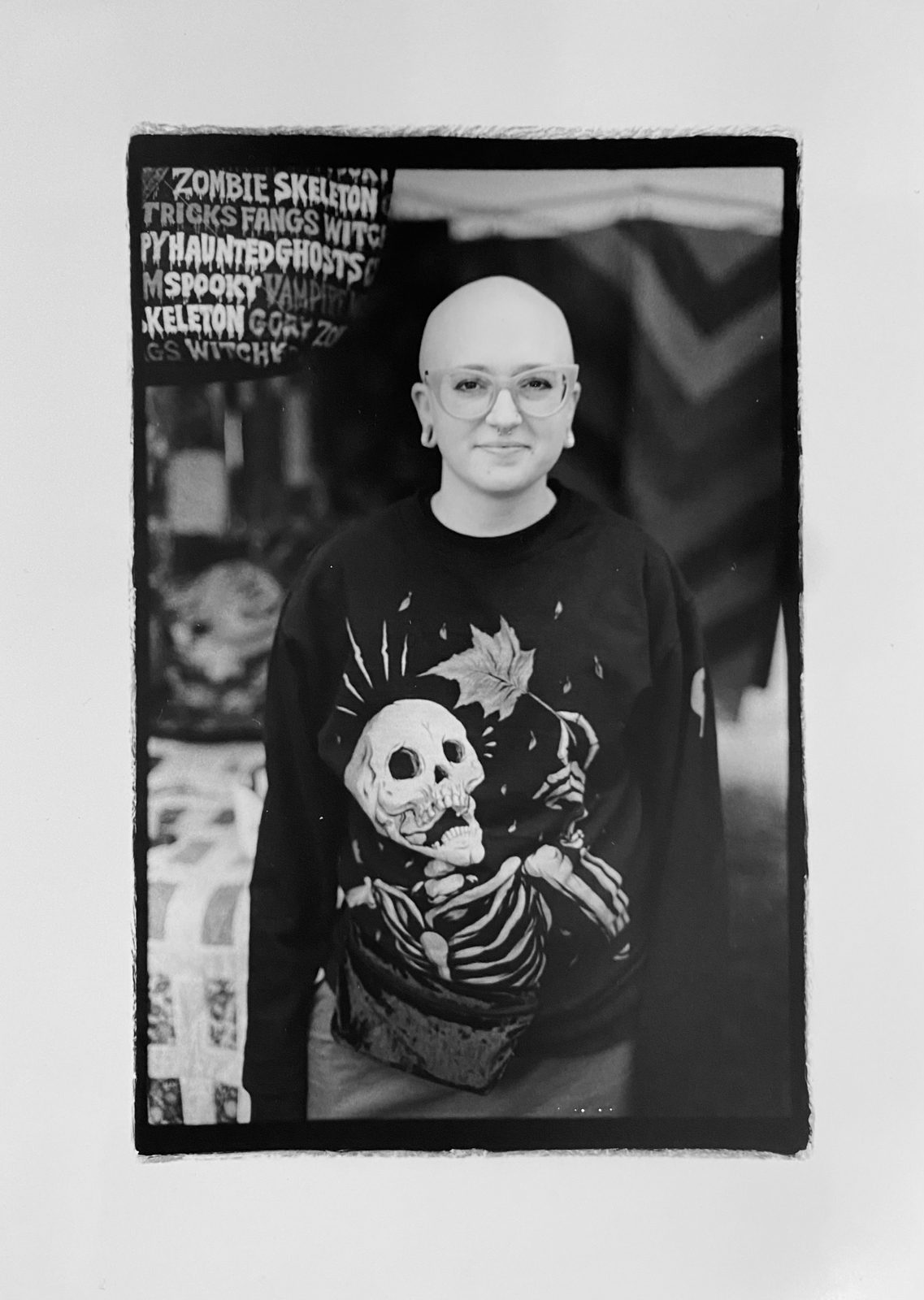 As I moved through the city, I was drawn to not just the tourists that come here but the people who run this city and make it a place that half a million people visit every October. The wizard behind the curtain so to speak. 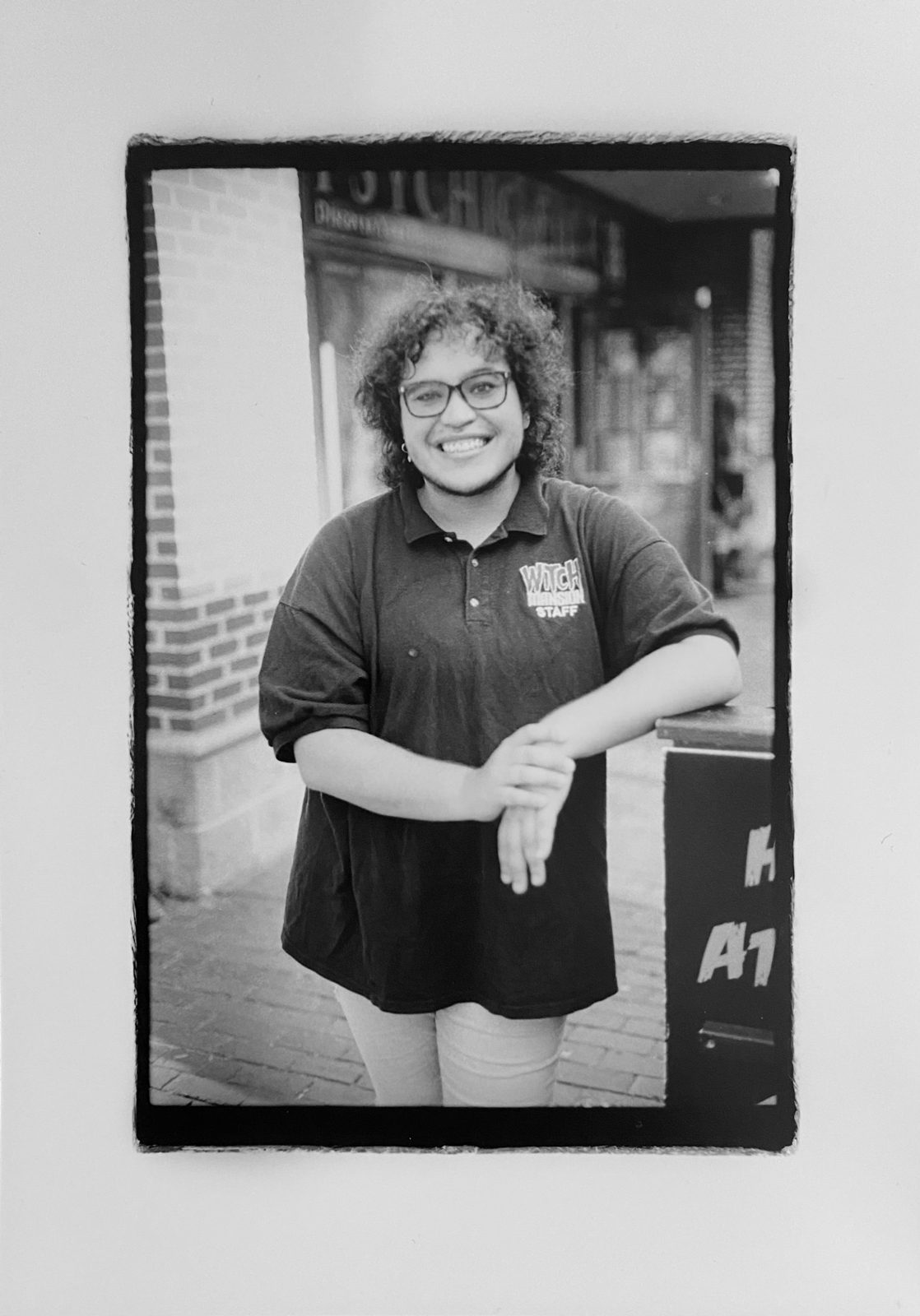 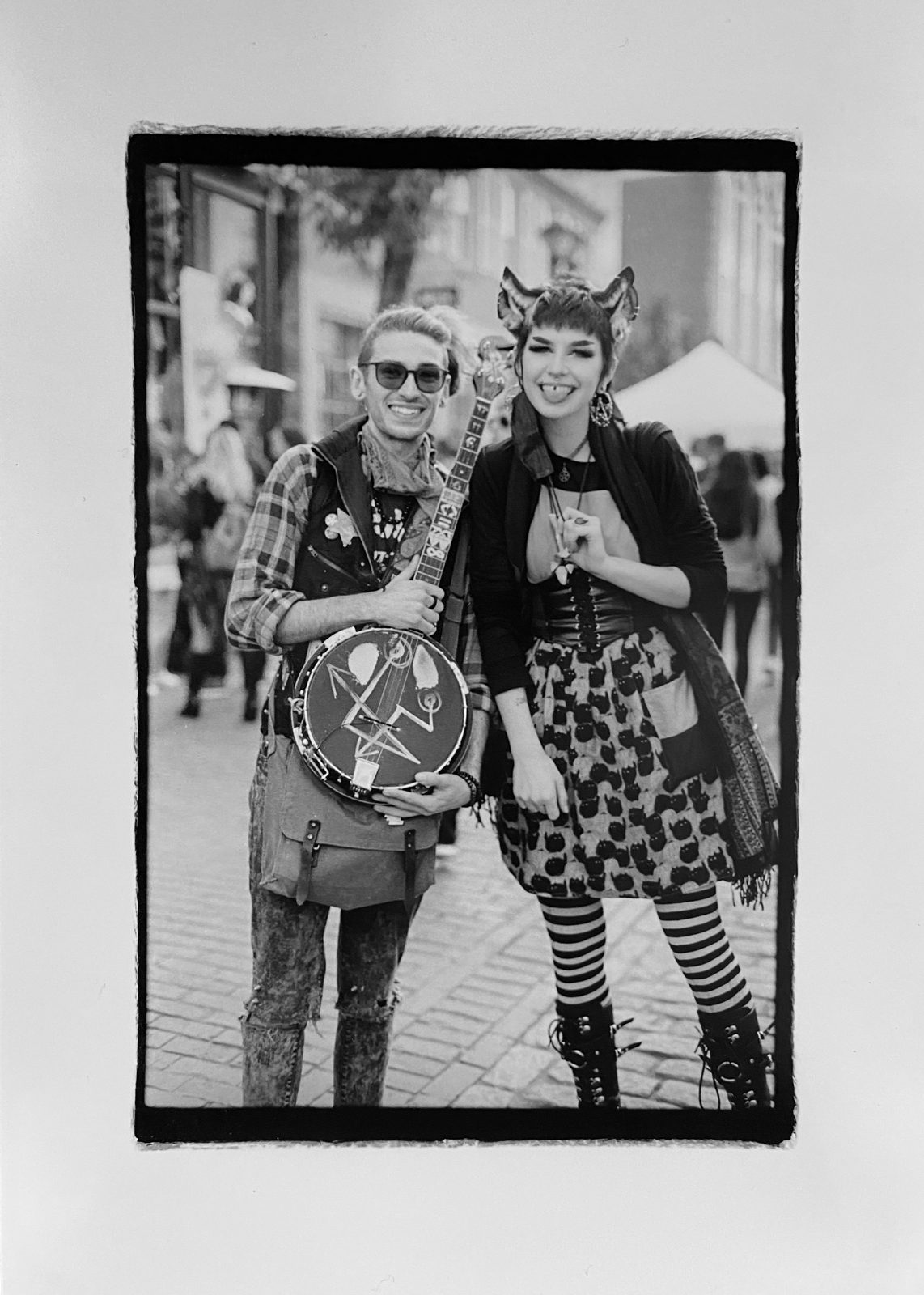 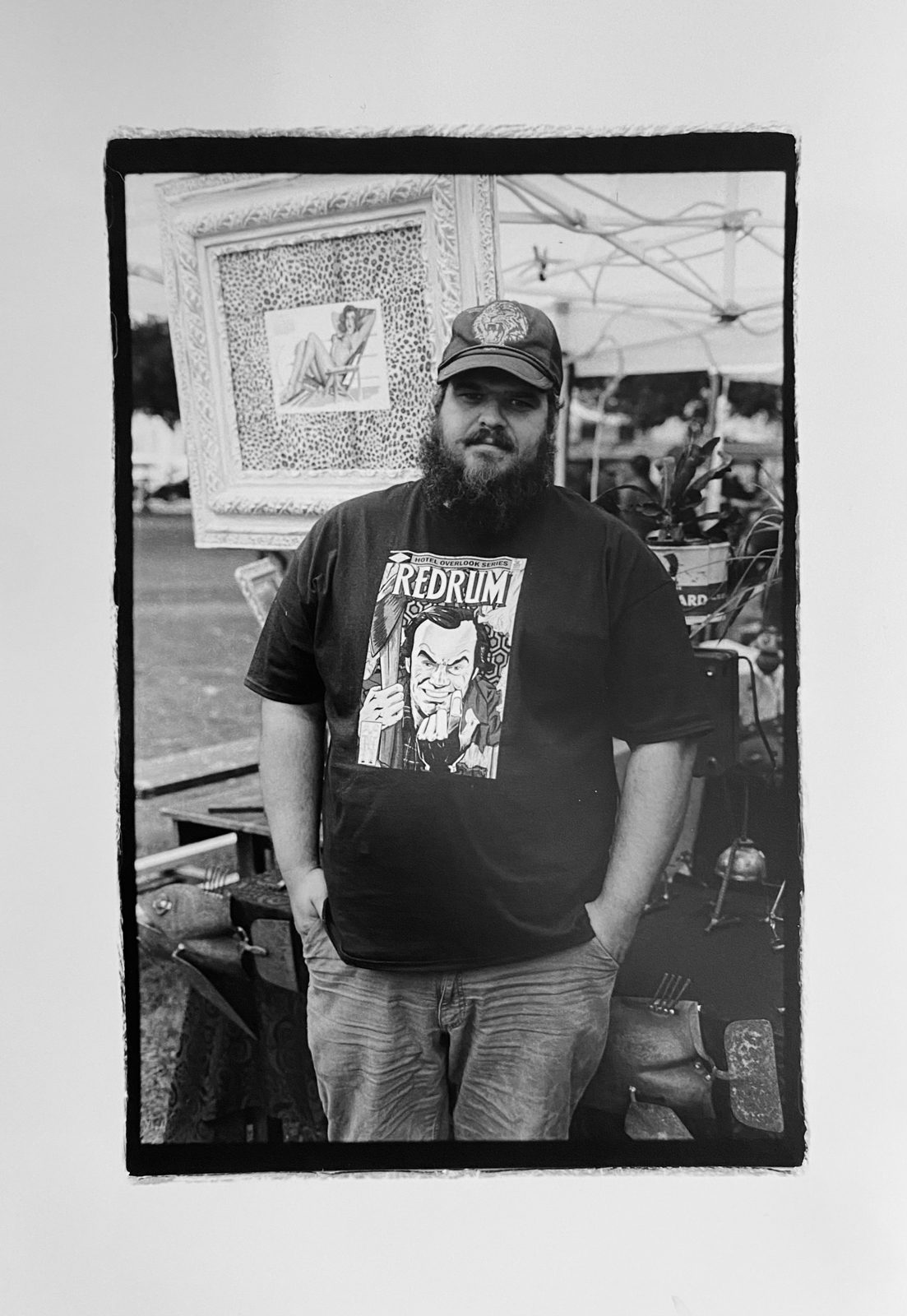 I ended up wanting to photograph the people who guard the door to the shop and make sure each shop is at its capacity. The witch who happily lends her knowledge of spells and crystals out to people who want to learn. Tour guides who show why our city is famous and street vendors who spend time creating things to buy. The buskers who make their living performing on the street for the tourists. The tarot card reader, the waitress who feeds the hungry tourists, and the chef who cooks for them. There was an ease which came with photographing all of these people and once I started it was hard to stop. In fact, if it weren't for the deadline I probably would still be shooting! 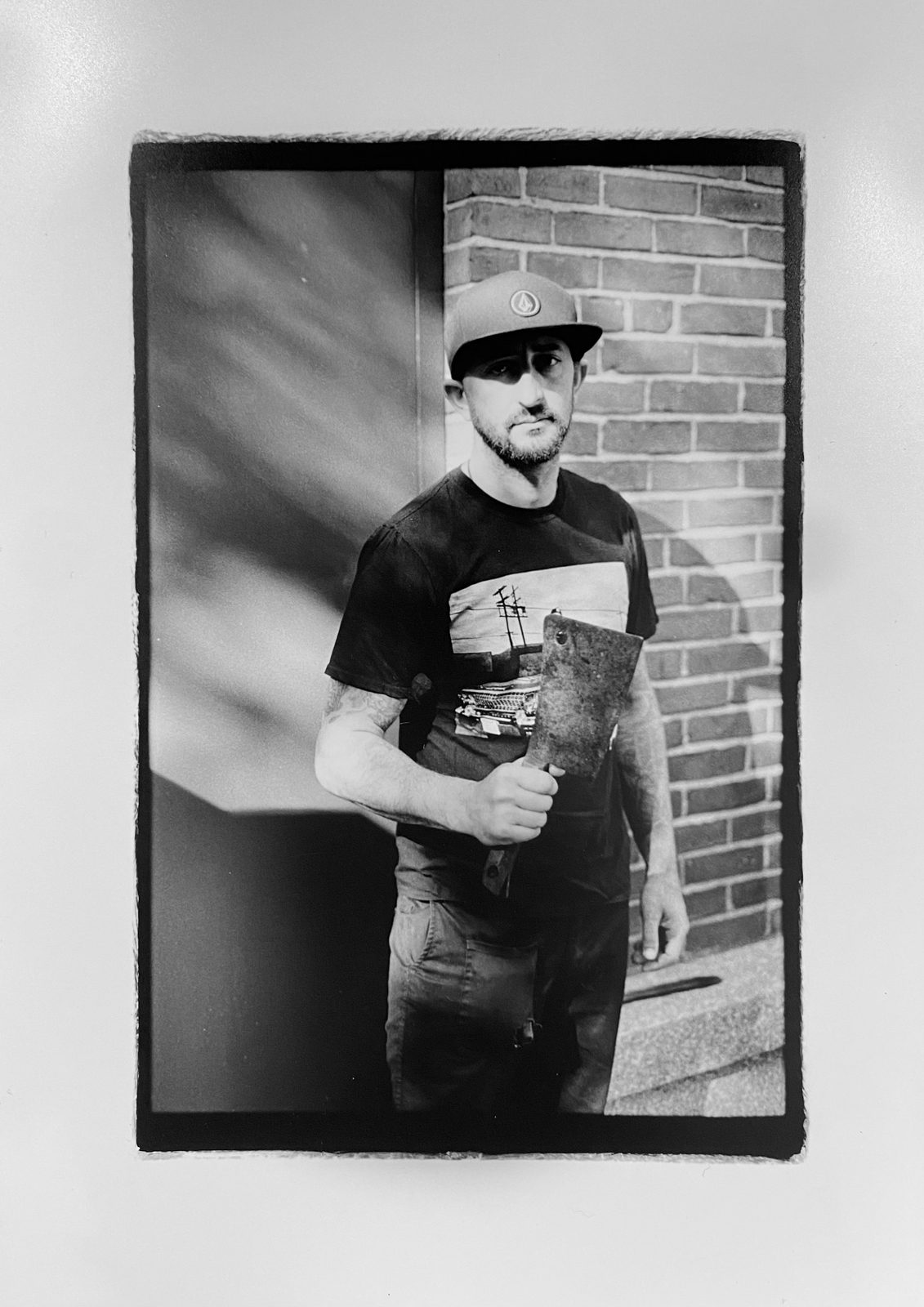 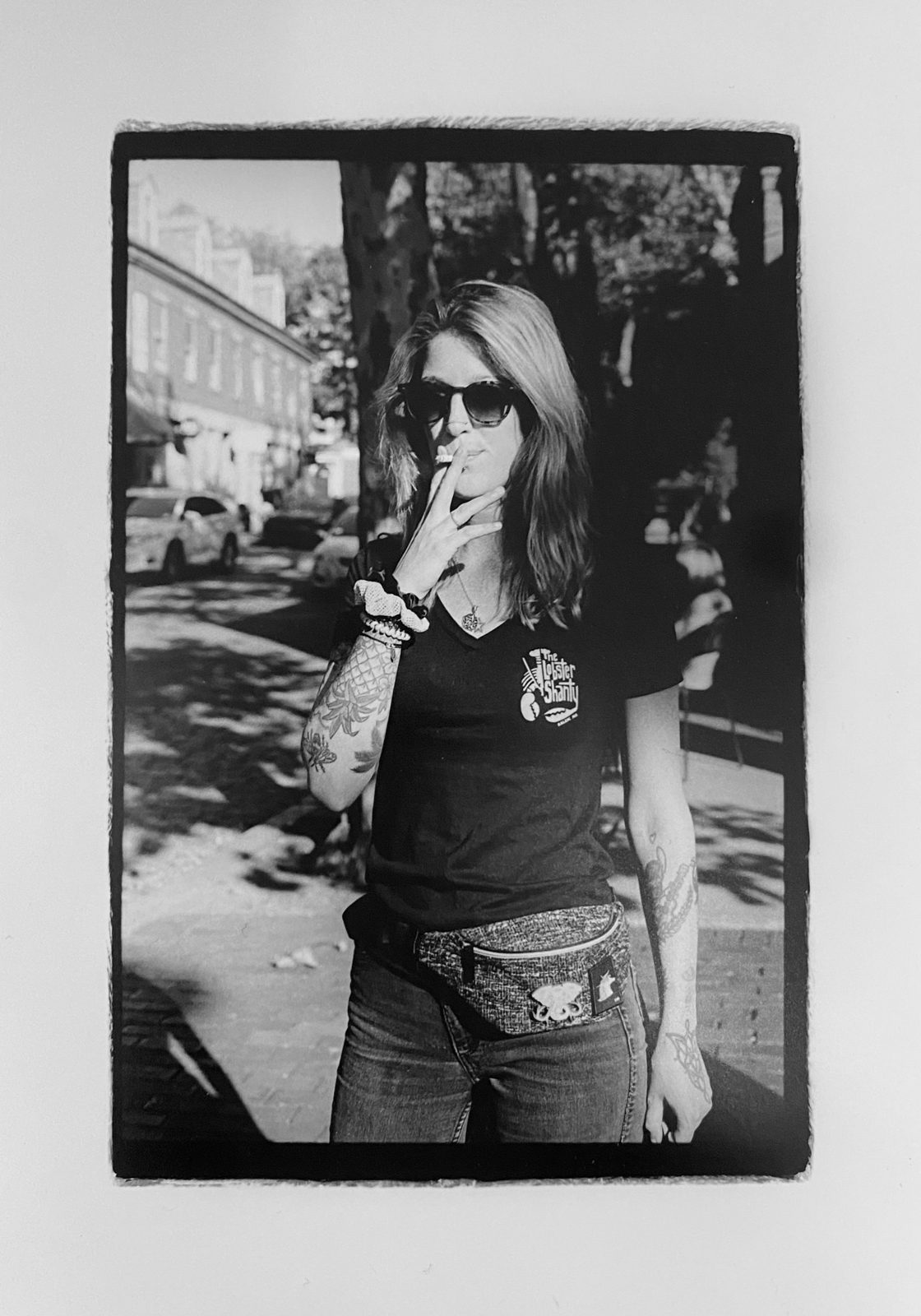 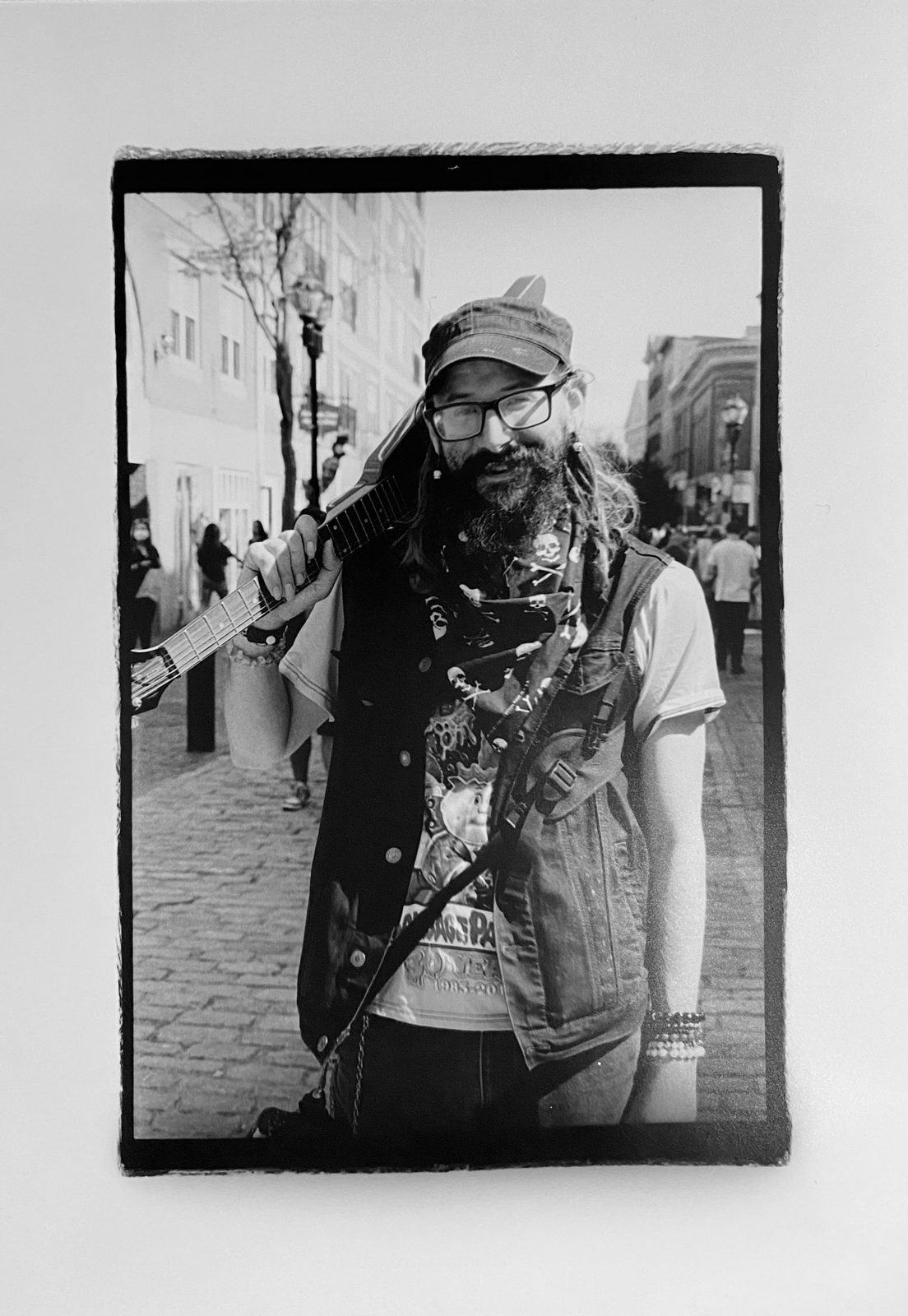 I tried to keep everything I could control consistent. For film I used Ilford HP5 PLUS 400 (which I develop in Ilfotec DD-X), and then I used a 50mm 1.4 lens which required that I be right in front of the person. I also used my Nikkormat which is totally manual so there was plenty of time for my subject to start fidgeting while I adjusted my camera.

A few times I had to apologetically explain to them that I had film in my camera and it was going to take a minute to get settings adjusted. There was a number of times where they would sort of shift and i would have to start focusing all over again. Not many people are used to having to hold still for a picture anymore.

I decided that I would try for a mid range f-stop. There would be some detail behind my subjects and give some context to their location but not enough to be distracting. It worked most of the time unless it was really sunny and then I ended up closing the lens down more than I wanted to but I'm learning to be less rigid when shooting for street photography. You definitely can't get it exactly how you want it all the time. 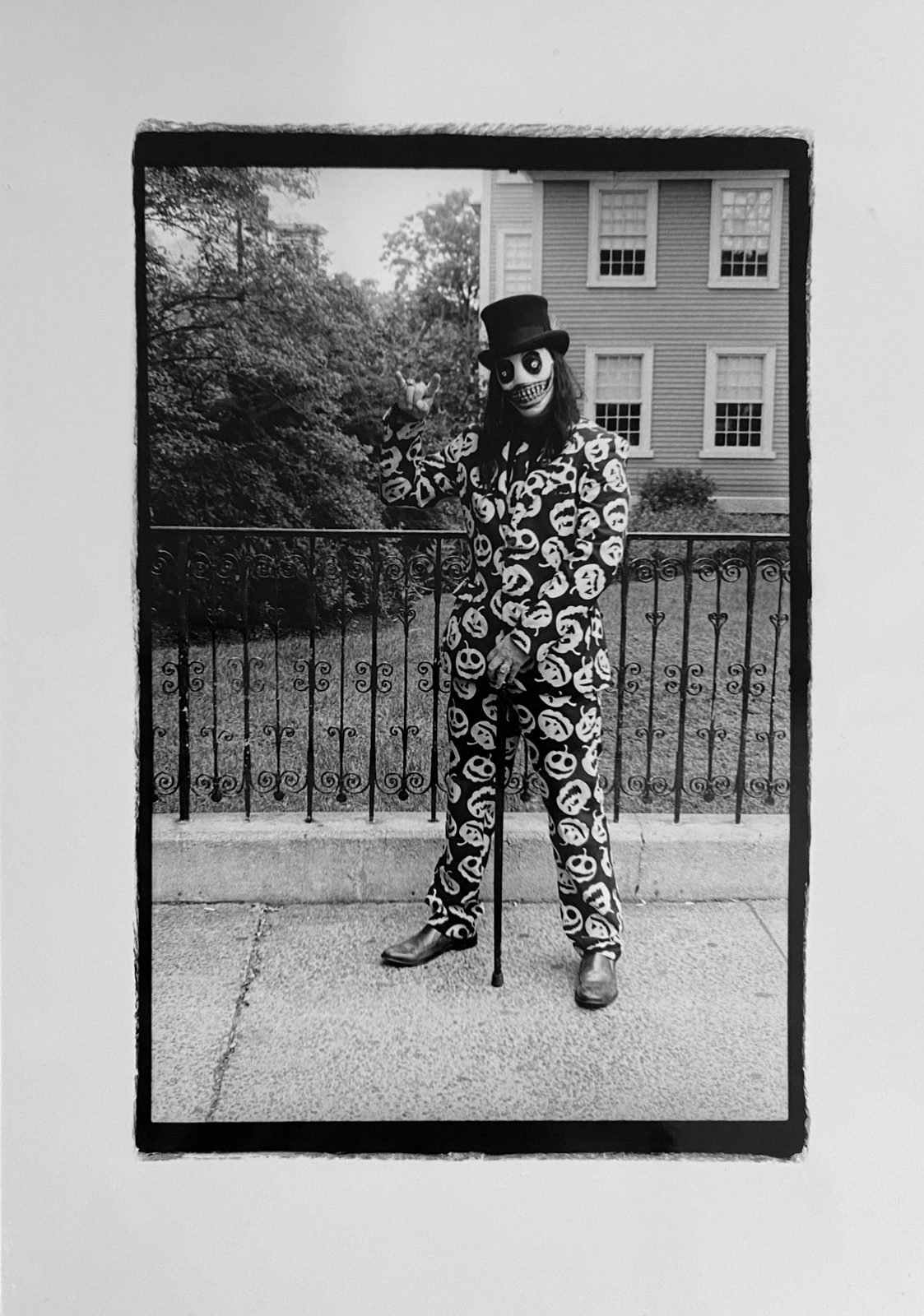 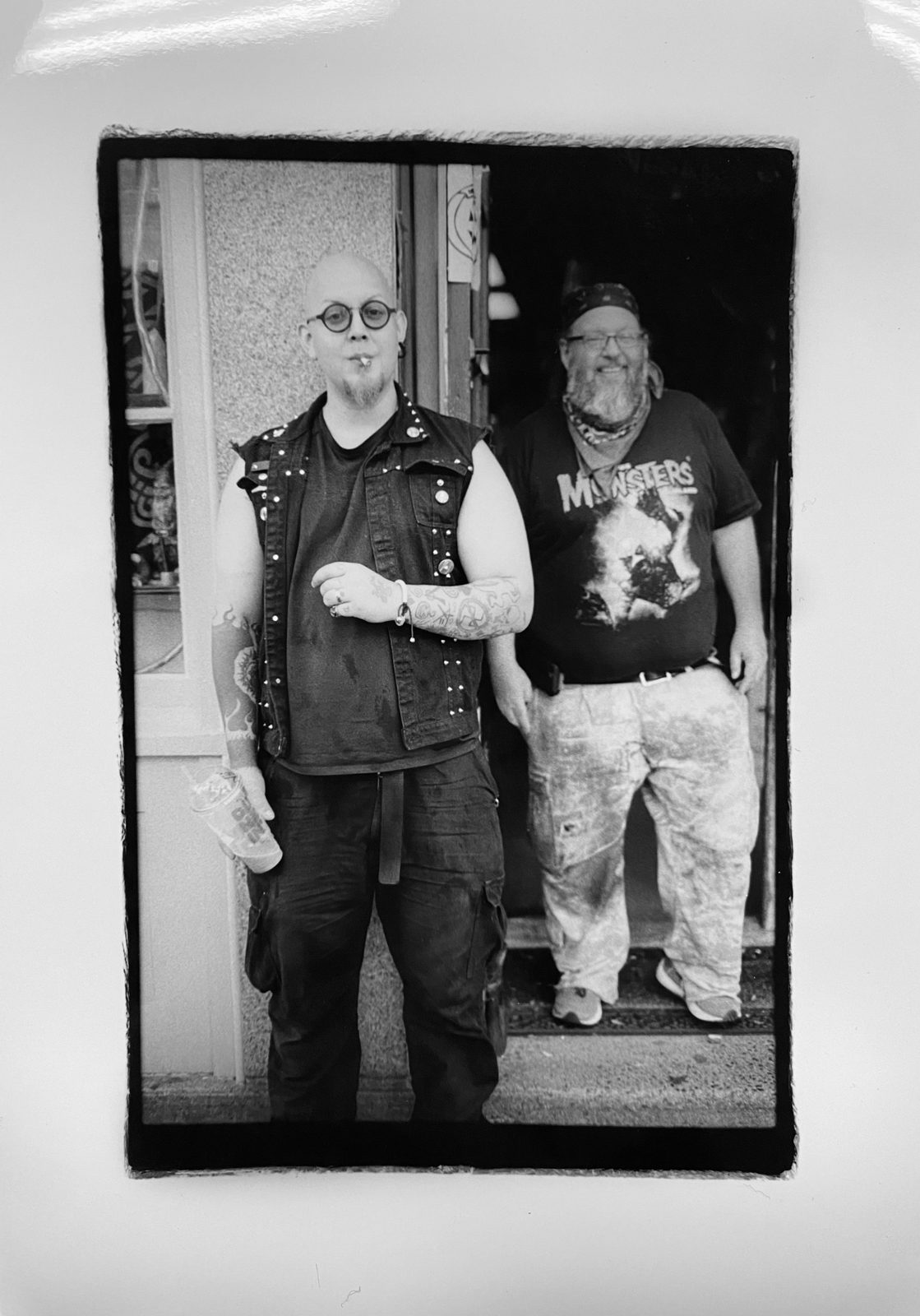 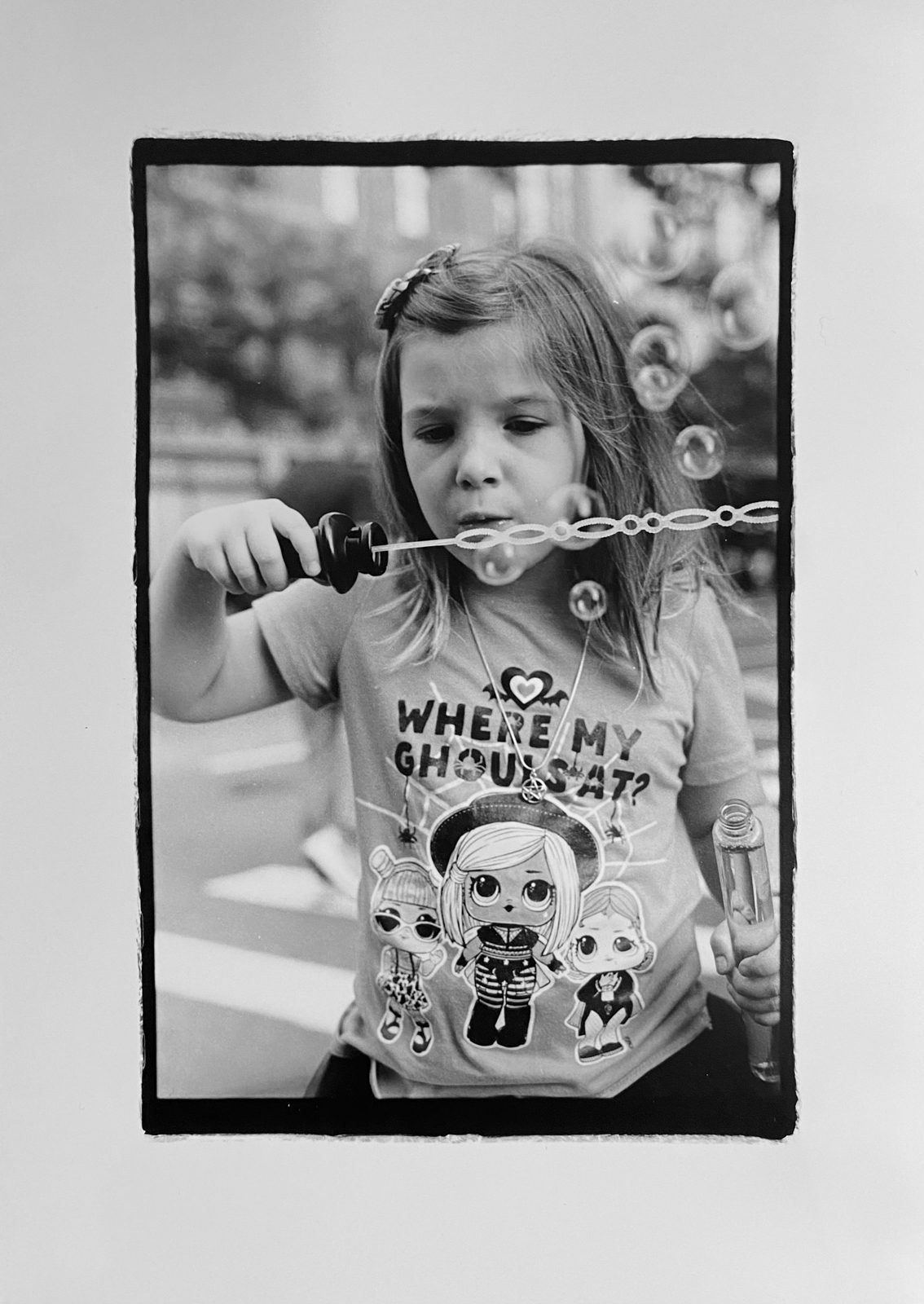 All in all, I learned SO MUCH about taking street photos and how to shoot for the image even if it's not perfect. Most importantly, I loved meeting all these amazing humans in my own city during my favorite time of the year.

The shots I've shared here are some of my favorites from Salem during Halloween. 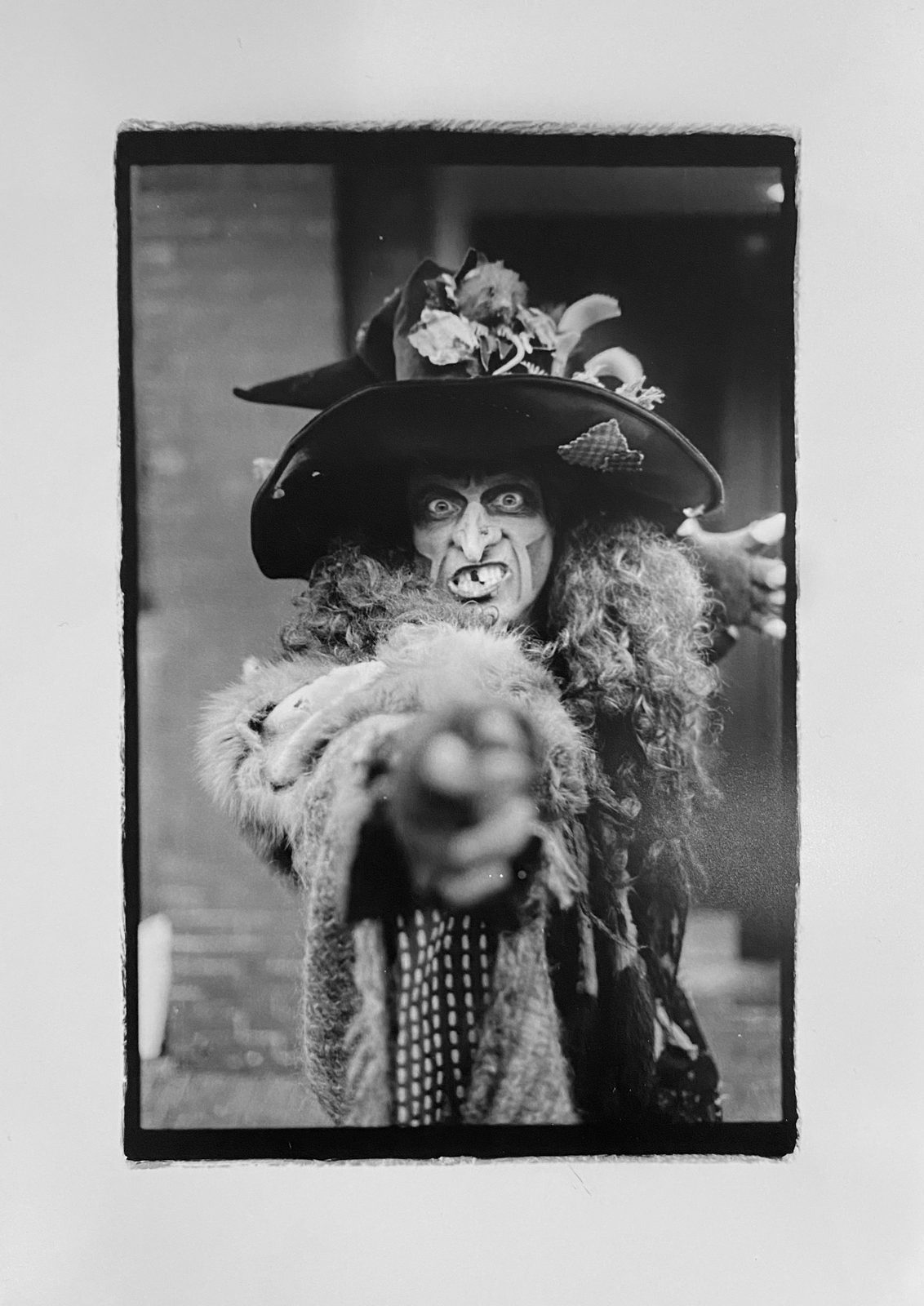 Jess Martineau is a black and white film photographer, darkroom printer and part-time teacher who lives in Salem, Massachusetts.