Urban Lives and the Natural World

I've been living in some of the giant Asian metropolises for close to a decade now, and it has oriented my recent photography work towards exploring the distance between our urban lives and the natural world. One way I have found to express this has been through film double exposures where I try to blend portraits and plant textures. After 2 years of work on this, it became the Photosynthesis project.

There's a little bit of history in this direction with work from great photographers such as Harry Callahan, Edmund Teske and Jerry Uelsmann. Most of them tended to blend images in the darkroom however, and I wanted to blend them in-camera as much as possible. I had to overcome a couple of technical challenges to do so and achieve what I wanted.

The main hurdle was one of process. On most film cameras that offer double exposure capability, you must shoot the two superimposed frames one after the other. Since I had full white backgrounds in mind to ensure subject separation, there was no practical way of doing this. Shooting an entire roll of textures and then superimposing an entire roll of portraits would create issues with frame alignment. Finally, I realised that because the Hasselblad XPAN I owned wound the entire film in before shooting, the starting point of the roll was always the same. A couple of tests showed that indeed frame alignment was ensured by this. So that became my process : I shoot an entire roll of textures (usually underexposing them by a stop), then do a studio session with my models where I shoot the same entire roll again.

I tried various film stocks (both black and white and colour) and found that ILFORD FP4+ was reliable and delivered nice, consistent results. I've used it nearly exclusively except in the early months of the pandemic when it became tricky to find Ilford film here in Hong Kong. I noticed that some of the cheaper film brands didn't ensure frame alignment as consistently, probably due to more extensible film materials. In recent months, I focused exclusively on black and white. Colour can deliver some really interesting results, but the focus is not so much on texture, so I decided to shelve that for later.

The important thing to understand about the double-exposure bit of the technique is this: In double exposure, an overexposed white area in one of the frames (like a blown sky or a white studio background) will erase most of the second exposure. Conversely, a dark area in one of the frames will let the second exposure shine through. Mid-tones tend to blend into each other.

After a bit of searching and experimentation, I've so far explored four types of images in this project : 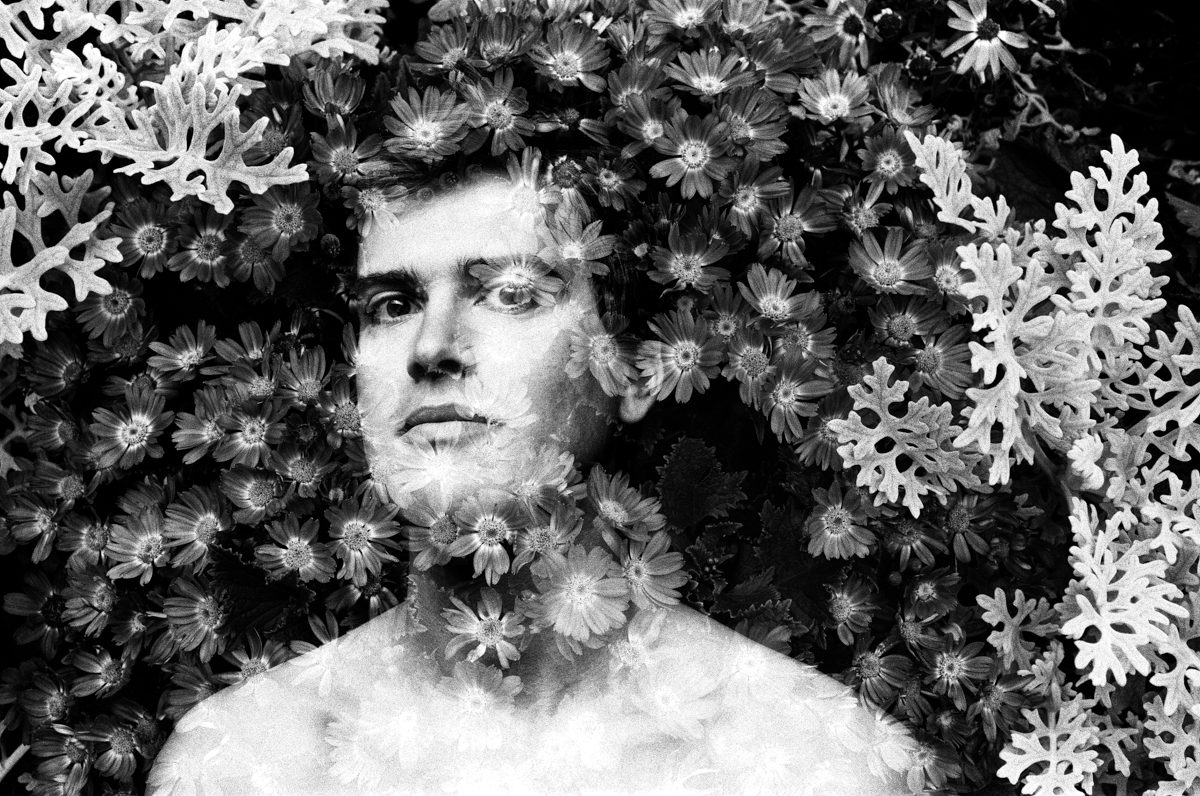 It's been a really enlightening project to work with, and I'm only a small bit of the way into it. There's a lot more I want to explore : a wider variety of textures, a wider variety of skin tones, macro shots of textures (or of quasi abstract body parts). I also intend to try this with large format photography which does not have any frame alignment issue.

One important aspect of the Photosynthesis project is the output. I love the black and white images, and have printed some of them in the darkroom to great effect. I've even worked on a self published book also entitled Photosynthesis. But I realised about a year ago that one really cool output for this could be cyanotype printing. There's plenty of reasons why cyanotype makes sense for these images : first, cyanotype is revealed by sunlight, just like the plant textures I focus on. Second, the dreamy output that cyanotype delivers works fantastically with these blended images. Last and not least, the first cyanotypes published in the history of photography were the algae and plant textures of Anna Atkins from 1843 onwards. 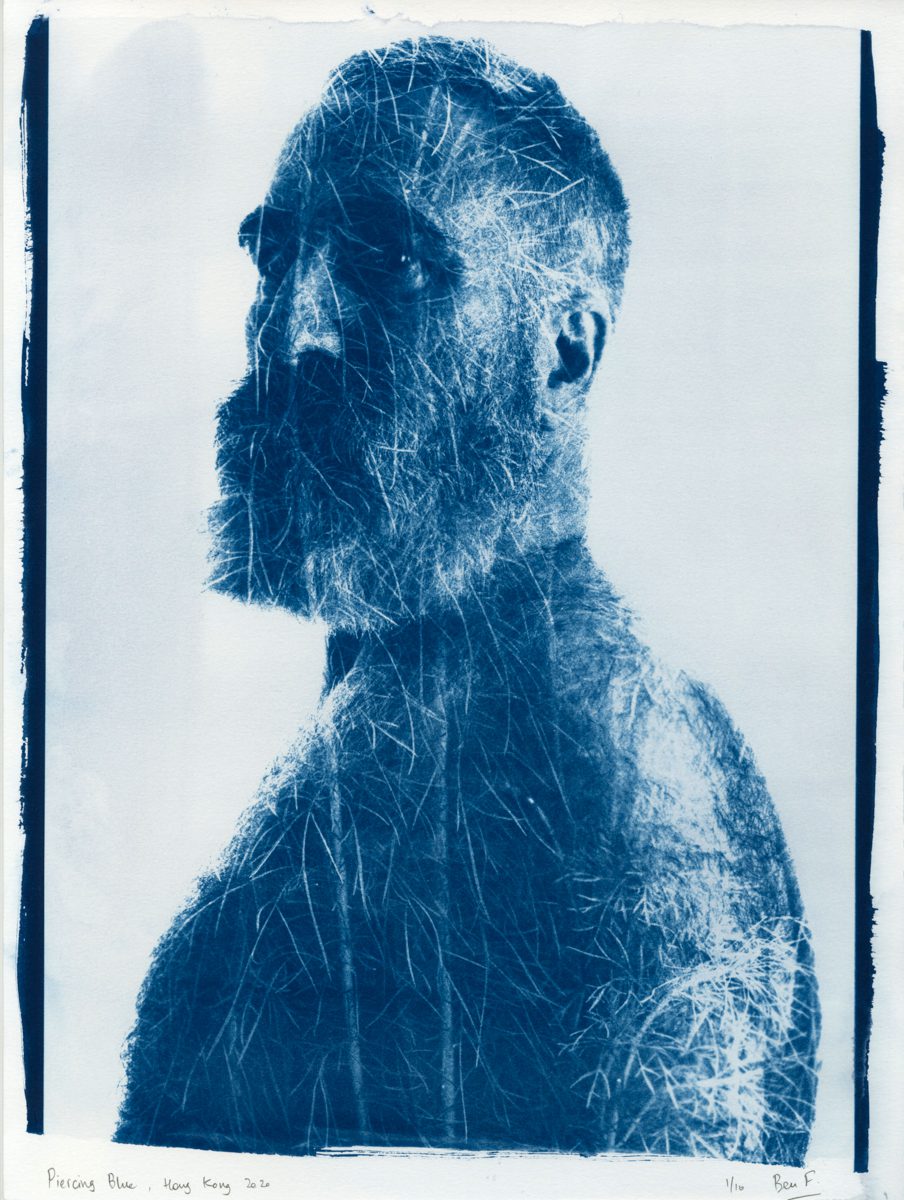 So cyanotype has become a bit part of the process now, and has led to the project being exhibited as part of a multi-artist exhibition exploring nudes at the Blue Lotus Gallery in Hong Kong. I'm hoping for more galleries to pick up this work as its visibility increases. 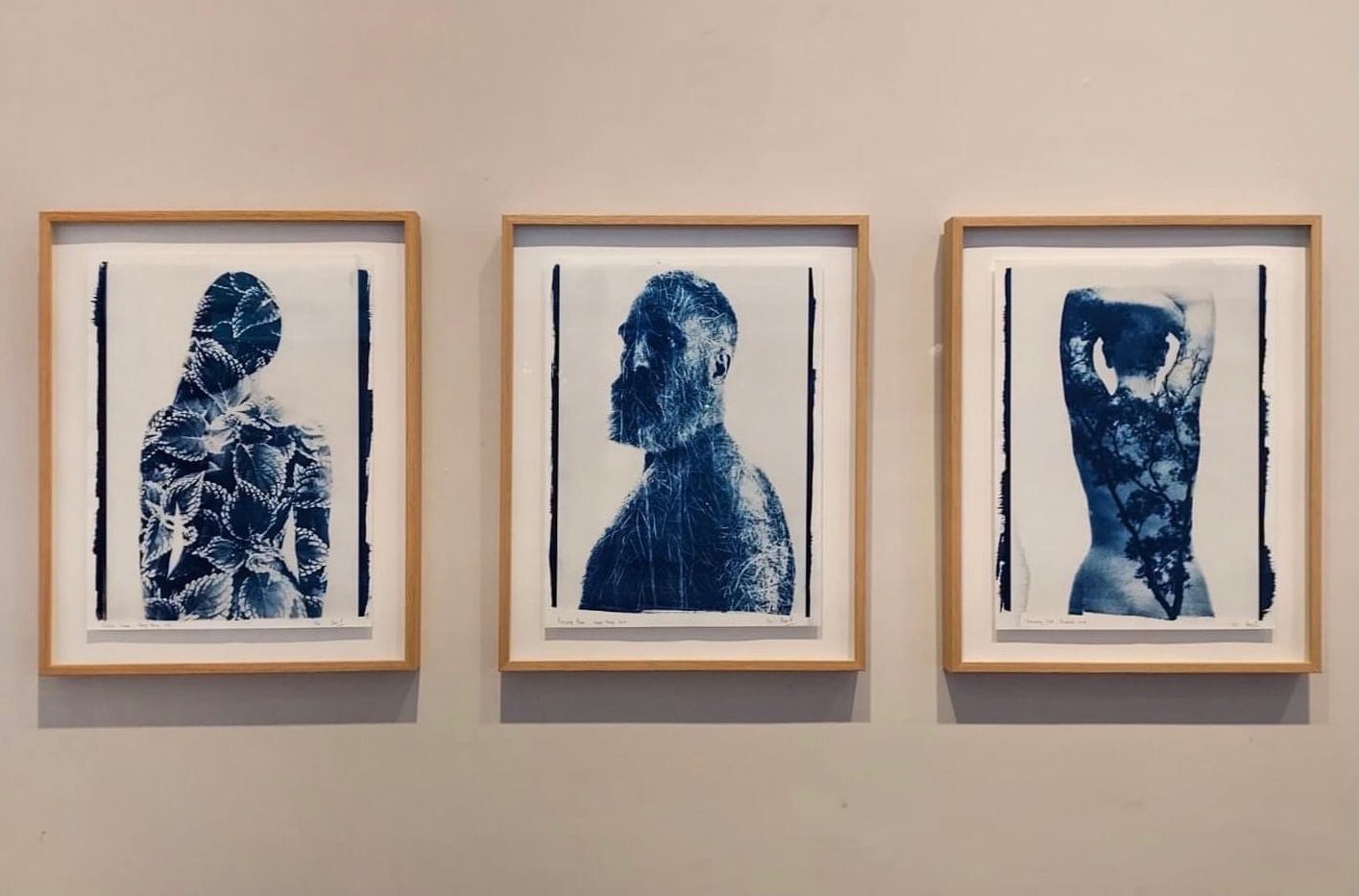 A path not well trodden

To me personally, this project has also acquired a deeper meaning. I feel like I've found a path, one that is not well trodden and where technique and inspiration allow me to produce images that look distinctive and seem to move people. And very importantly, these images happen organically, not through an intellectual and technical process delivered on a computer. I'm often asked why I don't do this in photoshop. I could if I learned how to. But I choose not to. I would lose this organic approach that I love so much, and I would lose the randomness that has delivered so many amazing accidents since I've started down this path.

I choose to embrace a relative measure of chaos. It doesn't always work, but when it does, I'm reminded how flexible the medium of film photography is and why I love it so much.

Photosynthesis from Michele Galeotto on Vimeo.

Ben Felten is a French born photographer living in Hong Kong. He started his photography work 15 years ago shooting jazz musicians in small Parisian clubs. When he moved to Asia in 2014, his work shifted towards street photography using a panoramic film camera. This led him to exploring the more unusual features of film photography, including double exposures. He was also commissioned to illustrate a couple of large format books, Dreamhounds of Paris (2014) and Unknown Armies (2016). This led him to perfecting his portraiture work, and in 2018 the double exposure and portrait threads merged into the Photosynthesis project. This in turn rekindled his love of cyanotype printing which he’d dabbled in 10 years earlier. In 2020, he released a zine of his panoramic street work called Colours of Shanghai.