I was introduced into photography when I was just a teenager by my uncle Massimo —· AKA zio Max. That’s how I have acquired basic knowledge about film photography, and developed the skills that helped me to start a career as an independent —  and self-taught — filmmaker.

Filmmaking and video production became my main occupation, while photography remained a deep passion, which kept coming back from time to time in my professional career.

In the last few years I have been too busy working in the commercial field as a producer and creative director, having founded my own agency Mantovani Ltd, and this made it impossible for me to keep working on personal projects, such as short films.

It was right at the end of 2019 that I decided I should go back into photography both with personal and professional projects, and that’s when I bought my dream camera: the Hasselblad 500 CM. 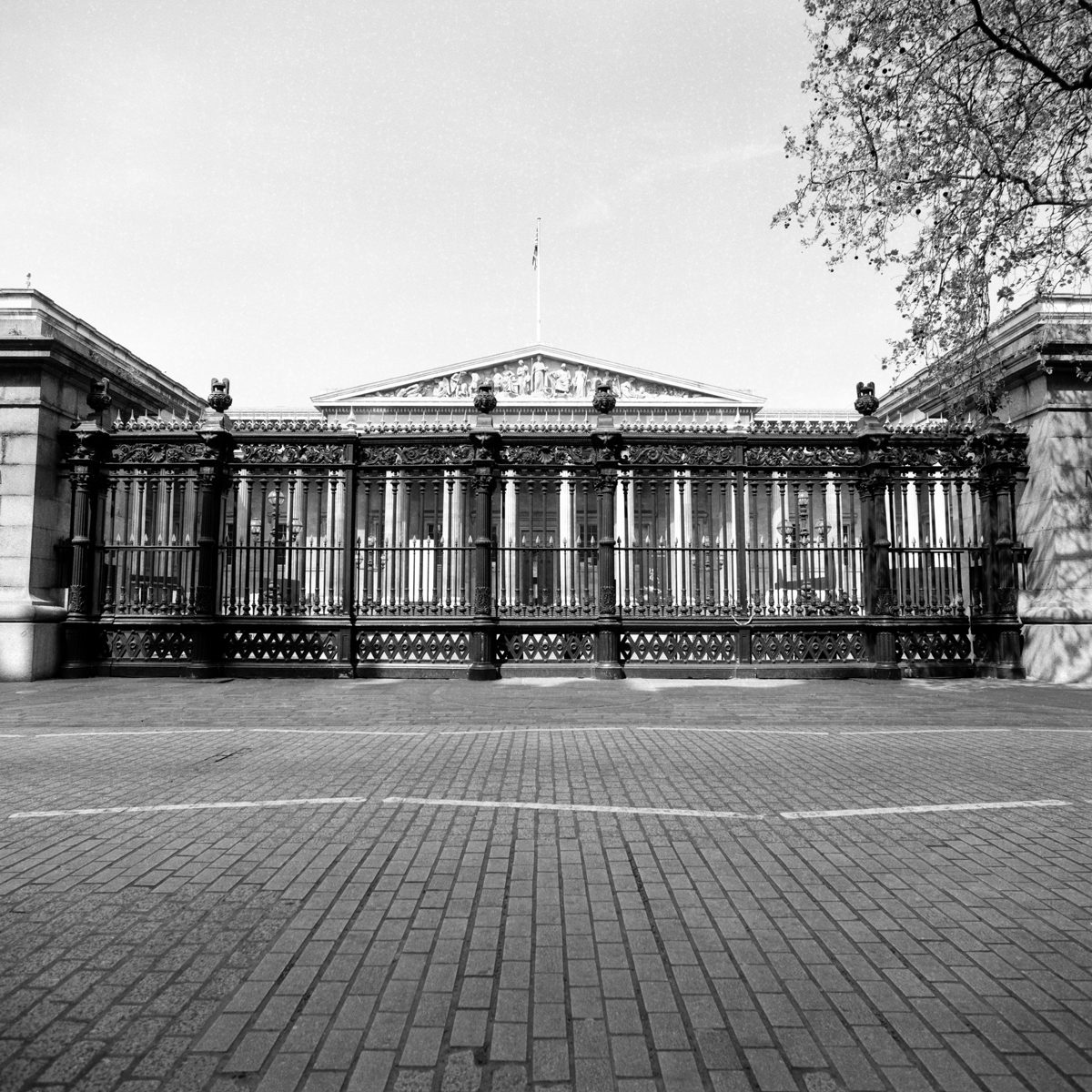 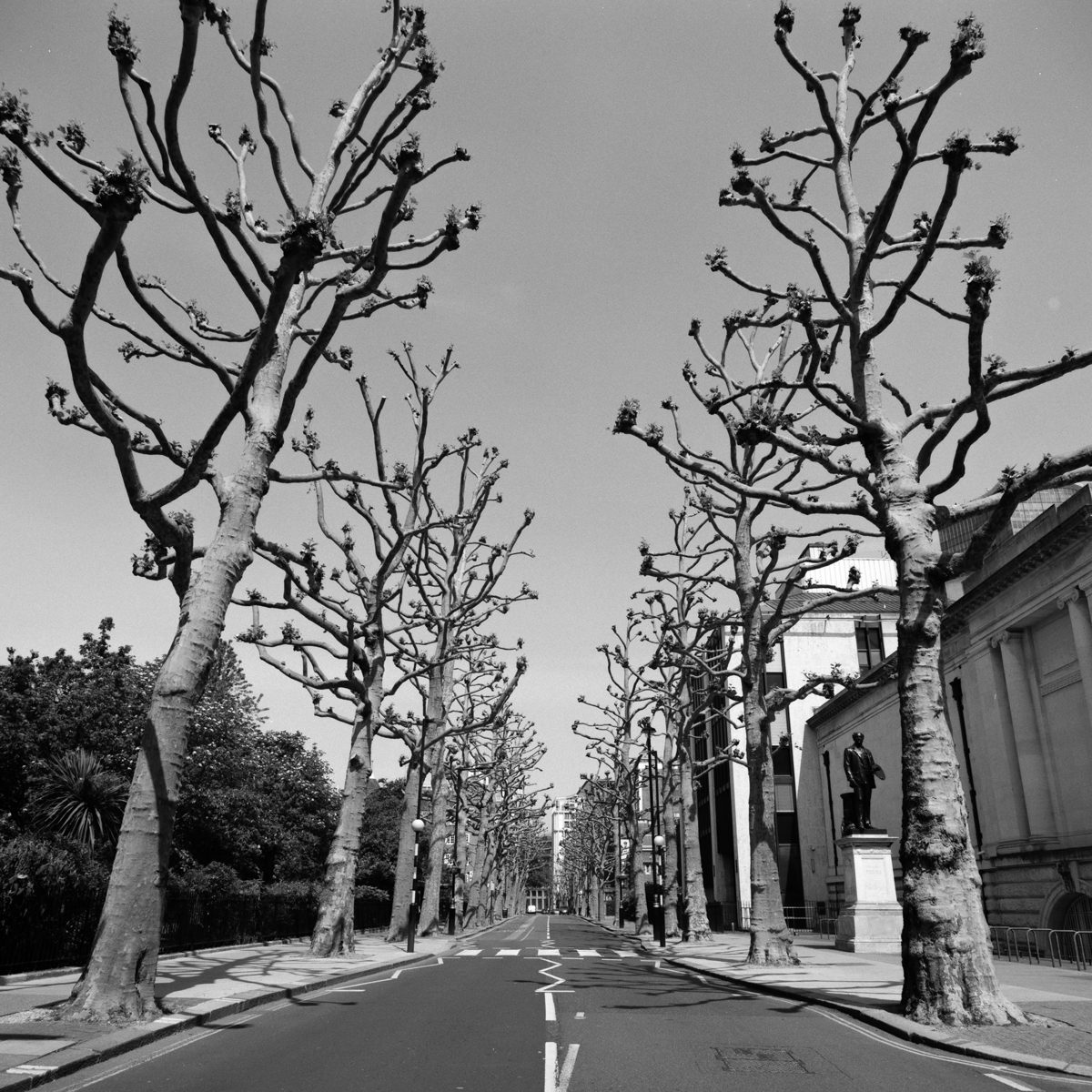 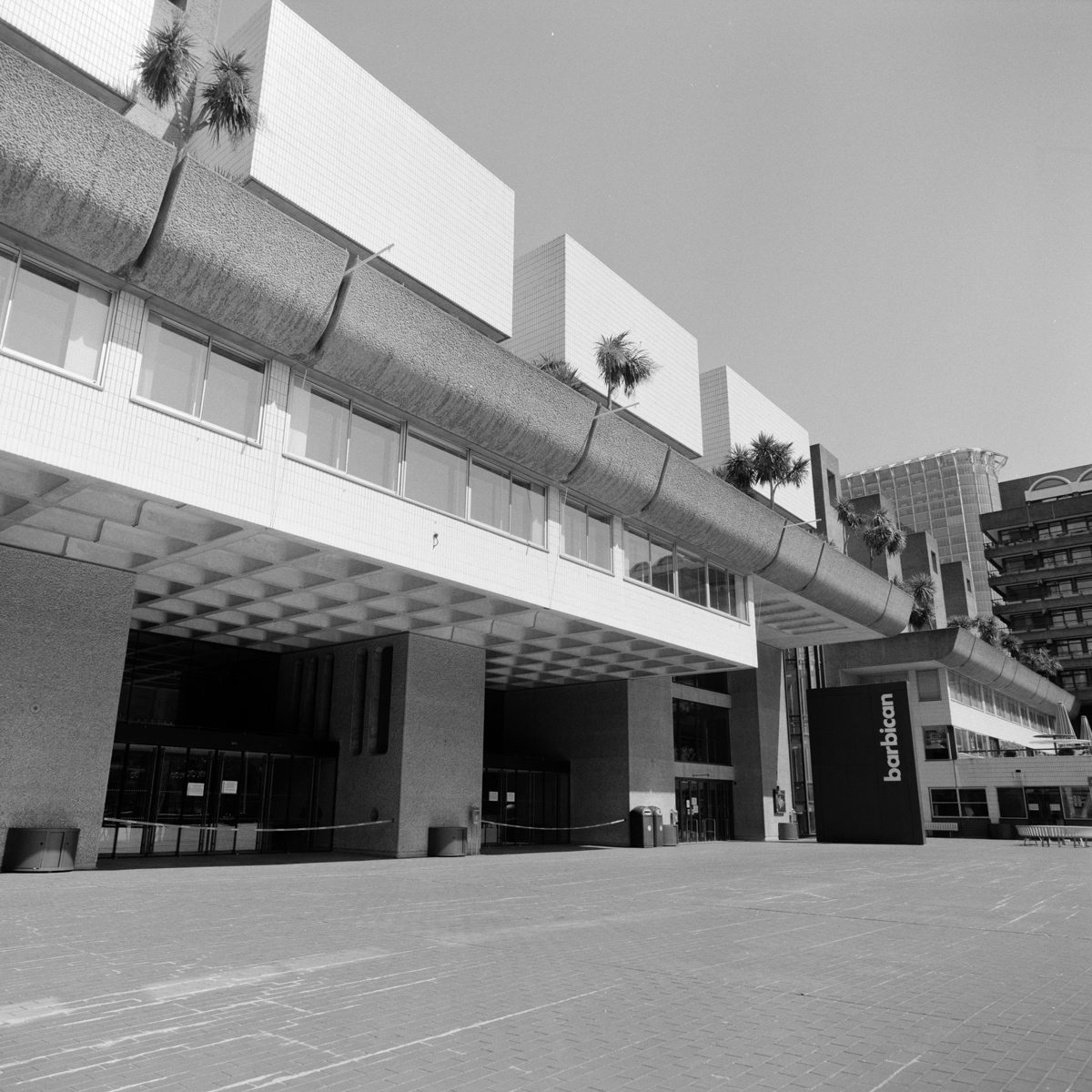 In 2020, when the virus spread and reached the UK, it felt obvious for me to document this unique historical moment on film.

Film doesn’t lie, it cannot be easily manipulated like digital can, for example by removing people from a negative. That element alone makes this entire project a sincere window into what is an unprecedented, era-defining event which we must not allow to fade from our minds. Unique memories of a moment in time, where citizens barricaded themselves at home to protect each other and fight the invisible enemy, leaving what was once the most crowded places, deserted beyond imagination. 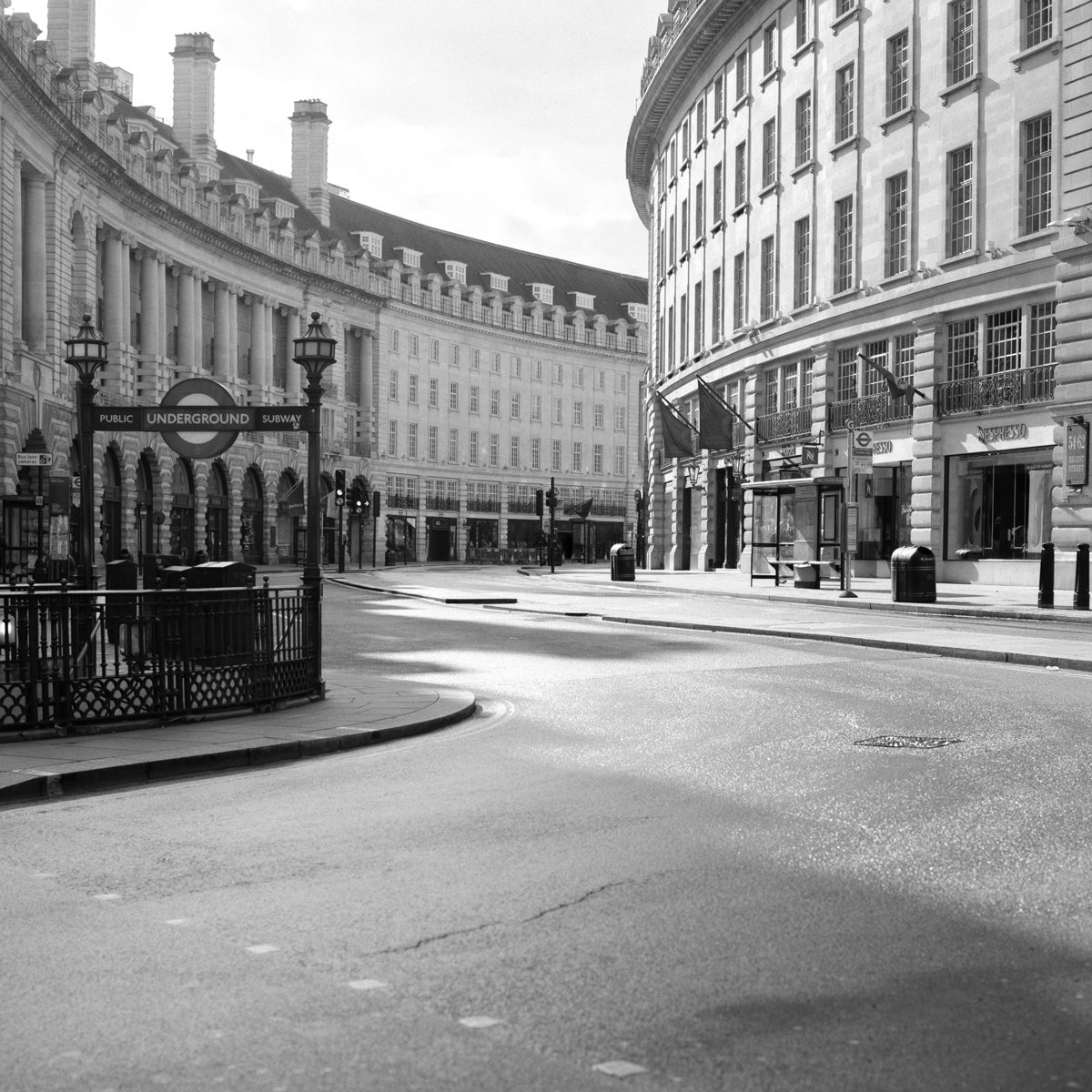 Motivated by the need to document the lockdown in the best way I possibly could, I took a map of London and pinpointed all the locations I thought would have been essential to document, and created an effective 20 days shooting plan to cover all these areas. On the 30th March I started shooting.

In order to reduce the risk of spreading the virus I was wearing masks and gloves at all times. I chose Jump bikes to move around the city, since they could be picked up and dropped everywhere, allowing me to freely move around different areas. Plus, the fact these bikes are electric meant I could travel long distances without losing too much energy. 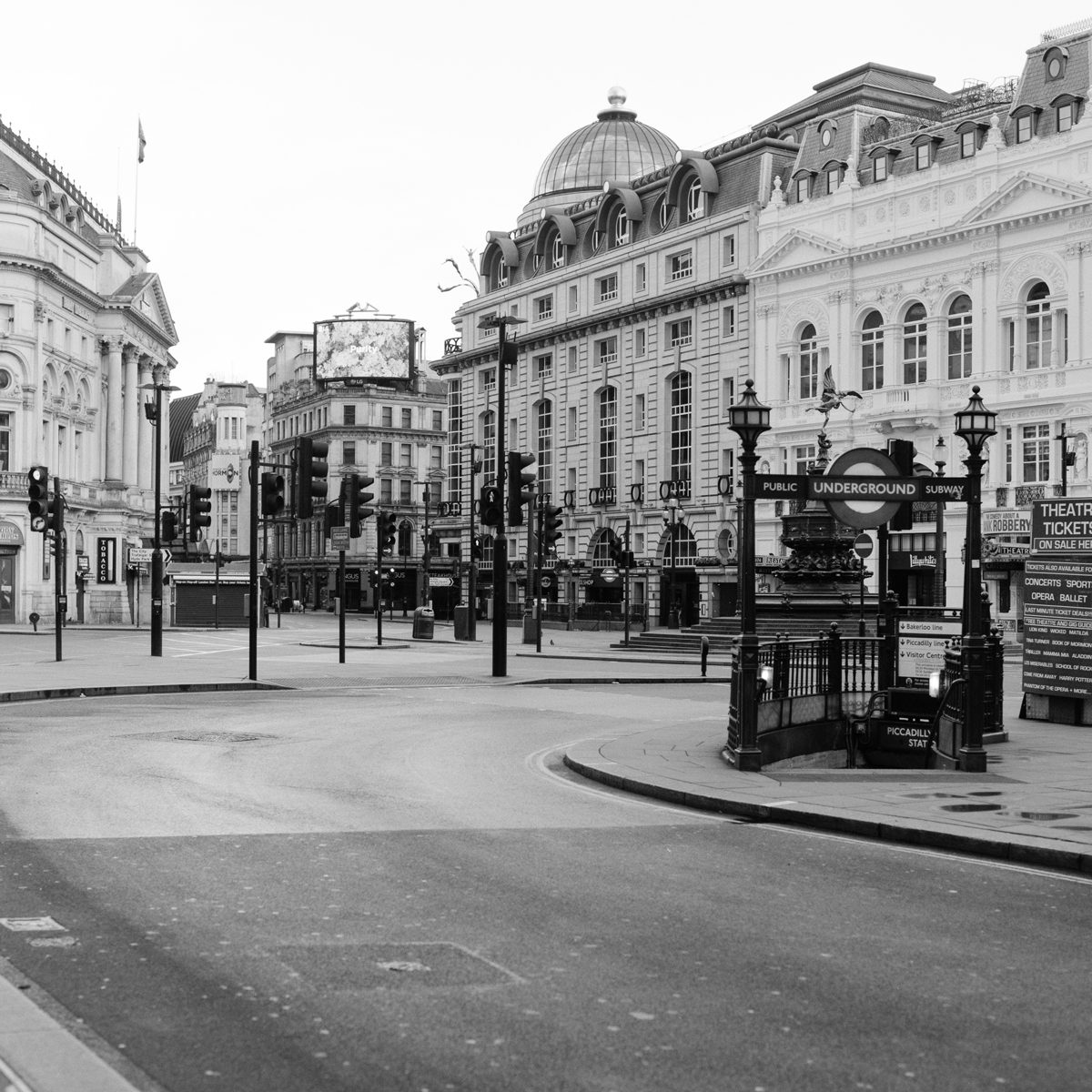 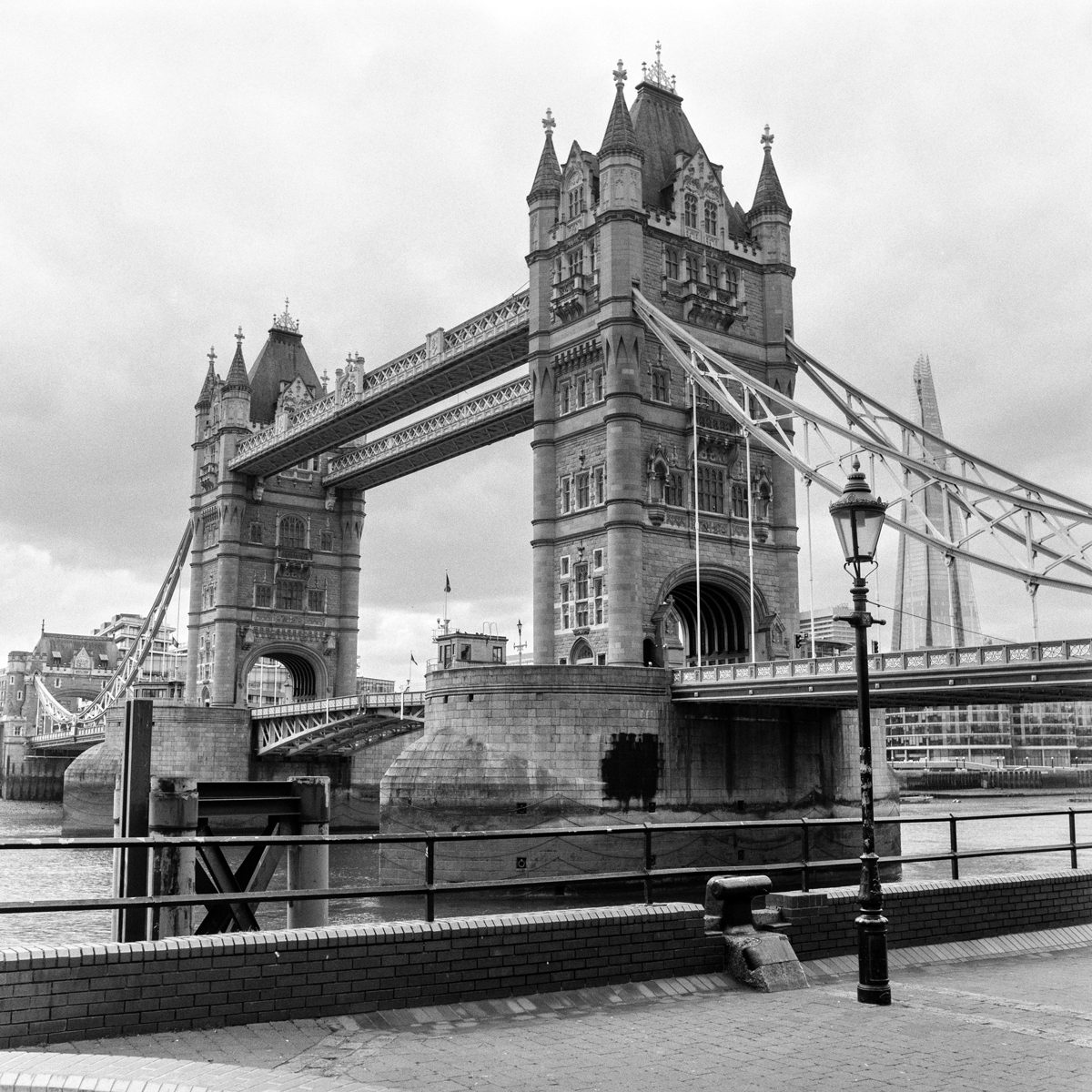 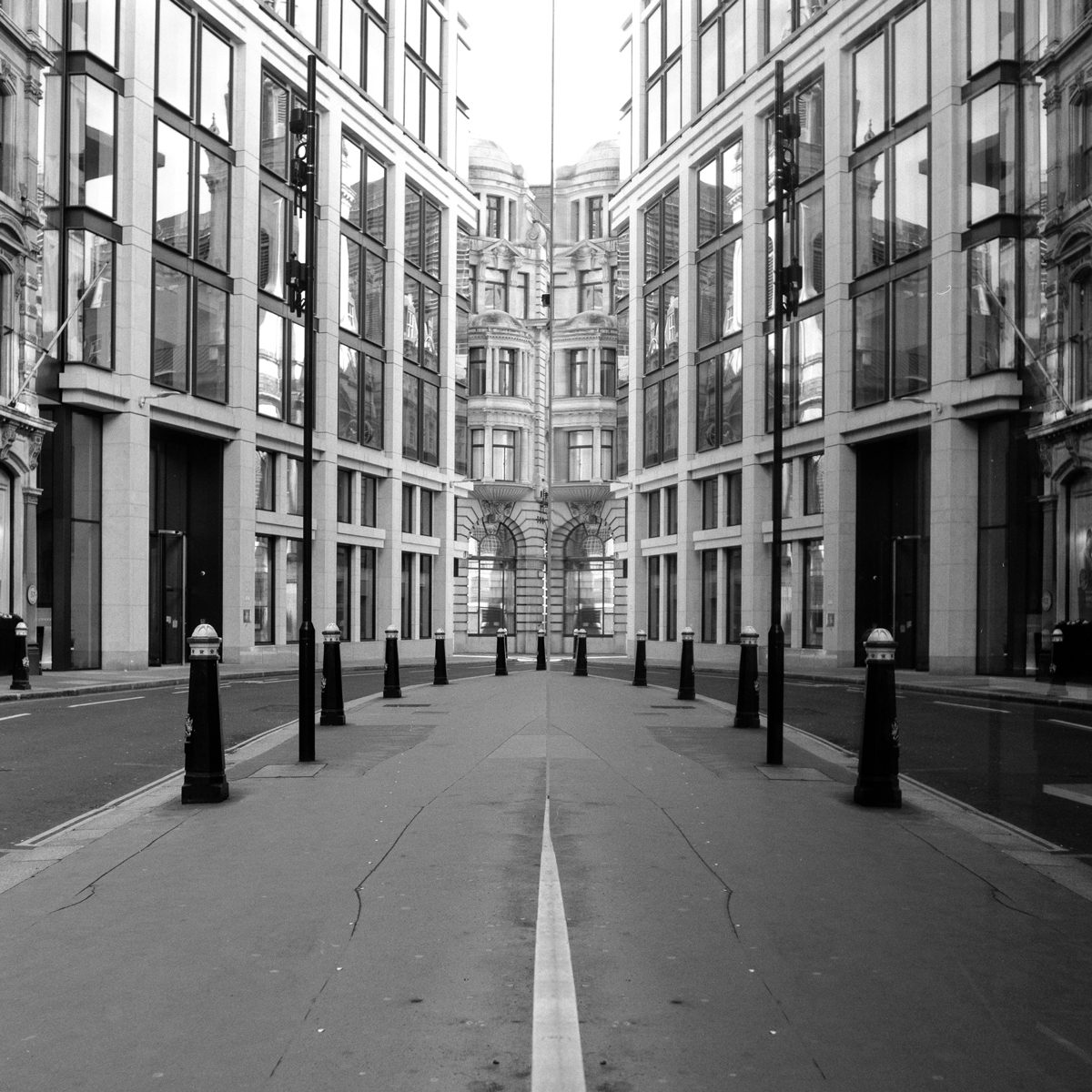 In total, I shot 150 medium format film rolls of empty streets and places, amongst what used to be some of the most busy areas and landmarks in London. The result is possibly the most exhaustive documentation on film of London’s lockdown. 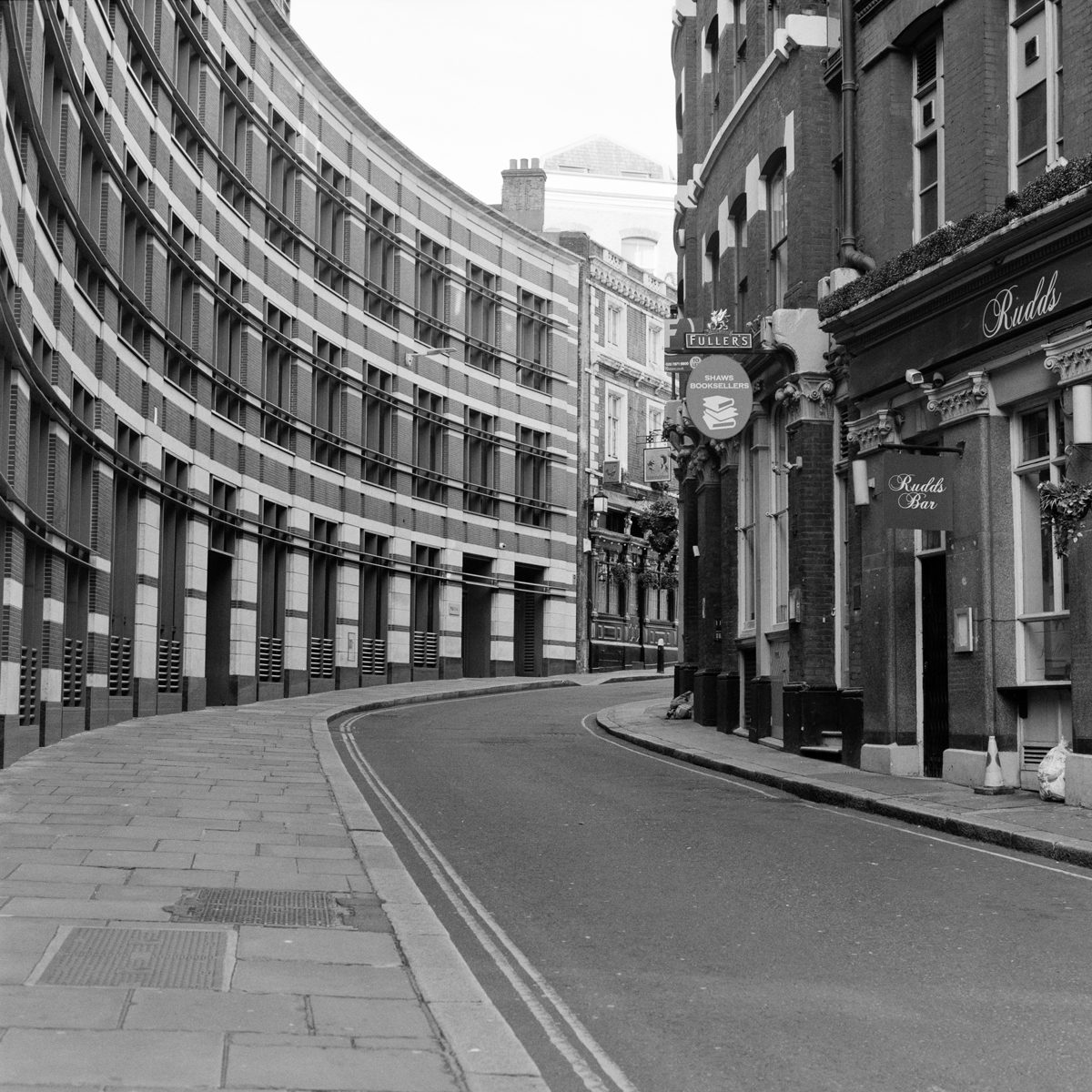 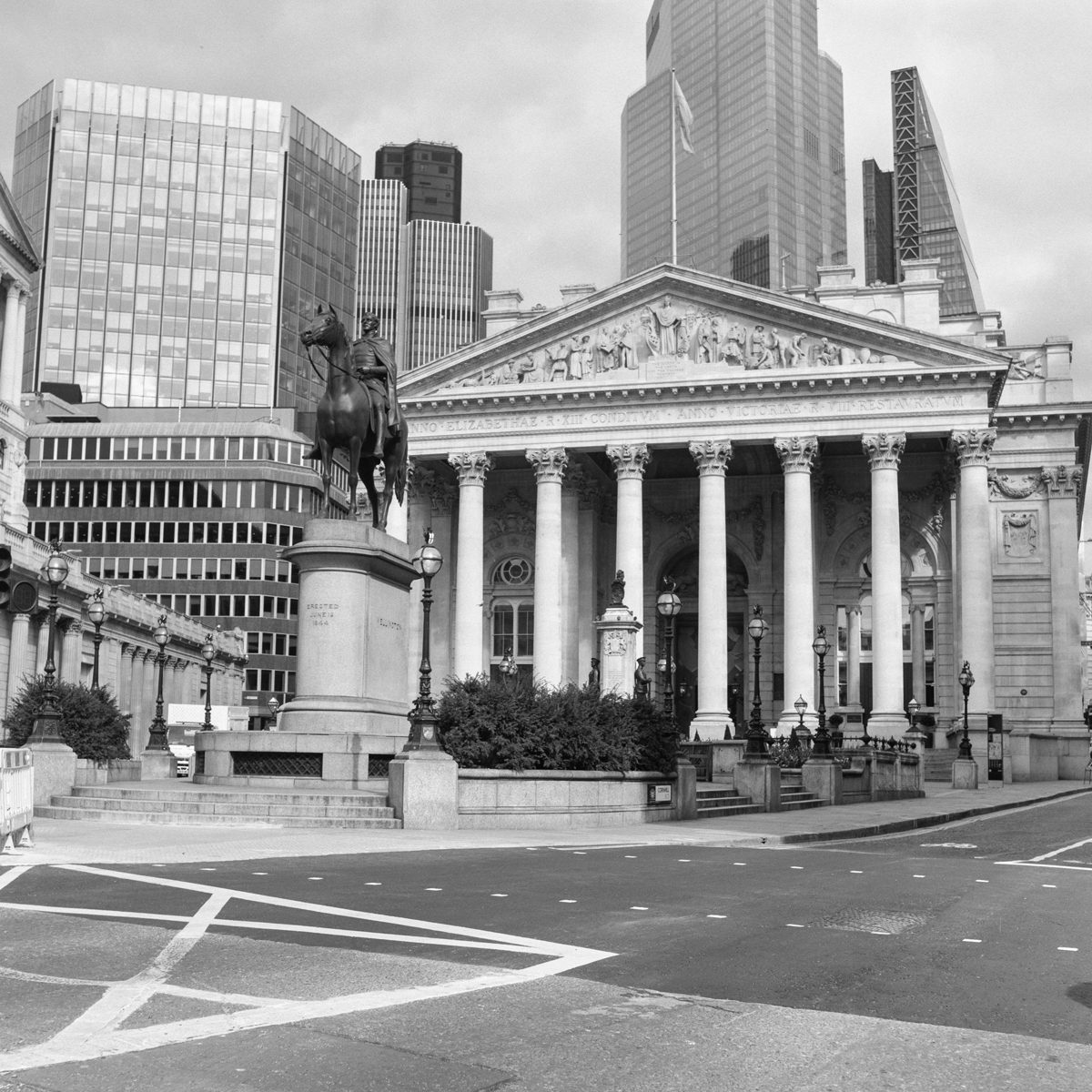 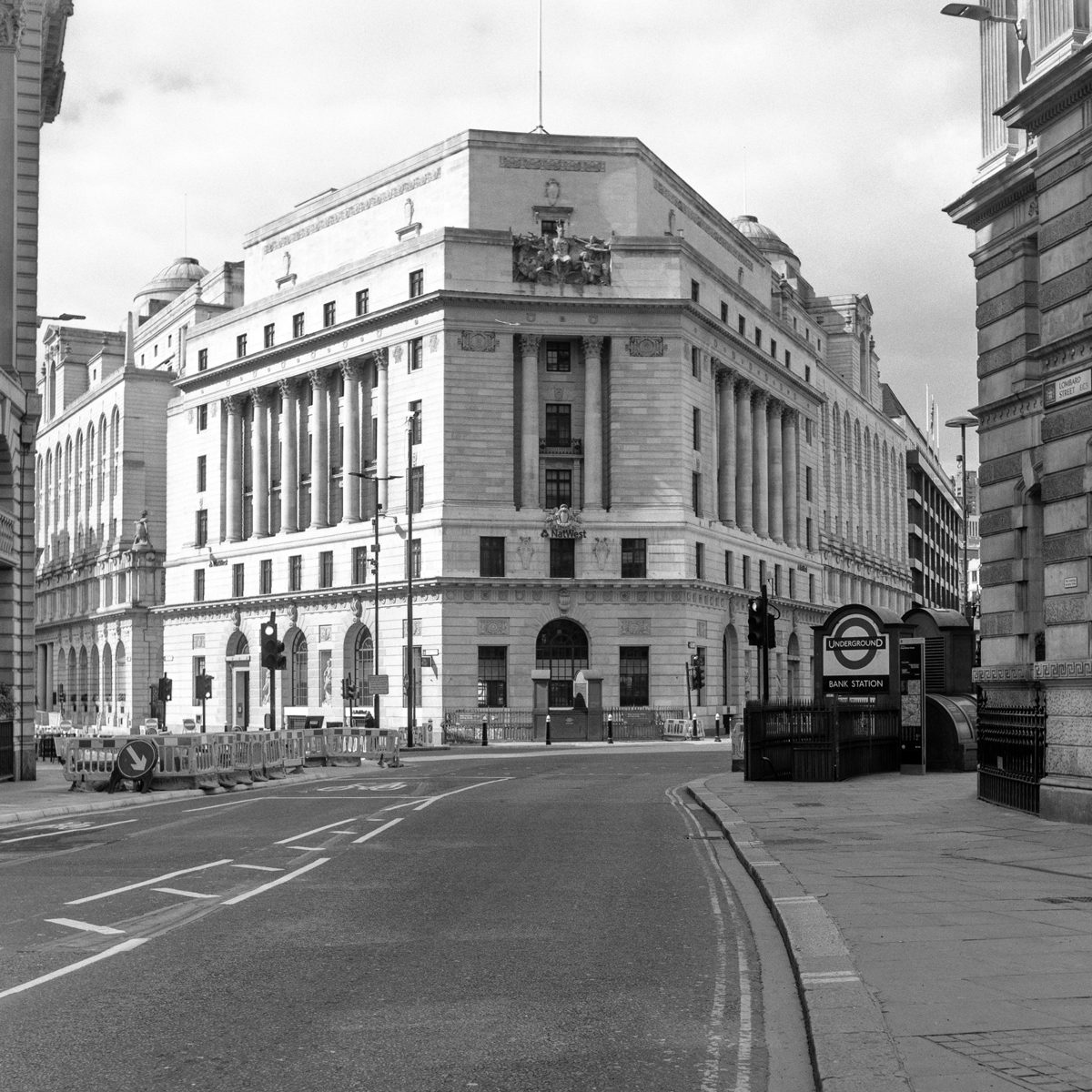 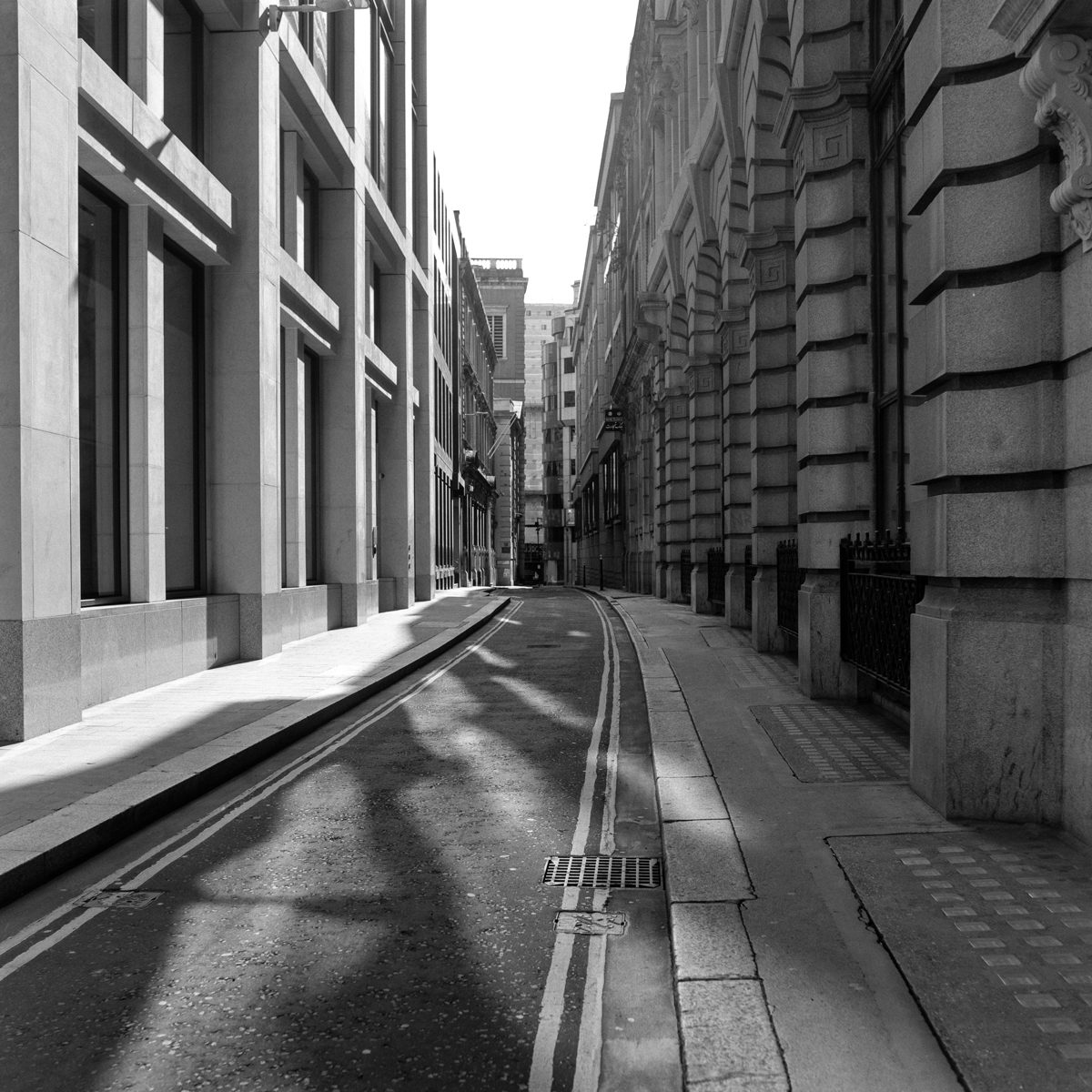 The process wasn’t easy I have to admit. In fact I had to face many issues, both technical and logistical, including an entire batch of 10 rolls compromised by a production issue — based on the response I got from ILFORD — an eye infection that kept me sleepless and in pain for a good week — which slowed down my already tight schedule — and without mentioning the huge amount of film rolls that I had to constantly bring for development, collect, scan and archive, in order to ensure I was getting the right shots.

The shooting process has been a very intense but uniquely beautiful experience. As I delved deeper in the processing stage, I realised that this is not merely a photographic project. Indeed, when we look at those amazing pictures, we are not just looking at beautifully shot empty streets, but at a population that stood together to save each other, and for this reason I feel LCKDN20 is all about commemorating and never forgetting it. 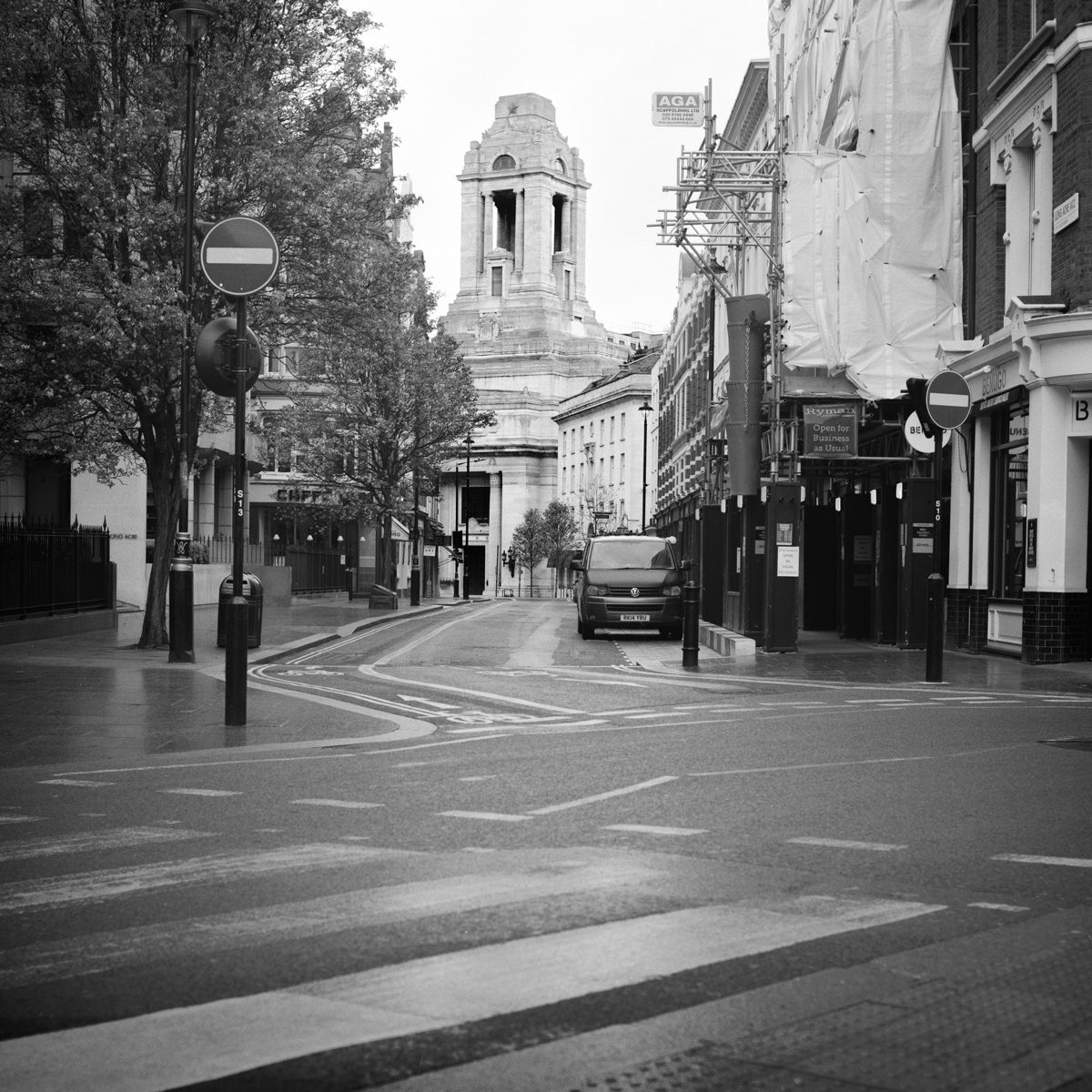 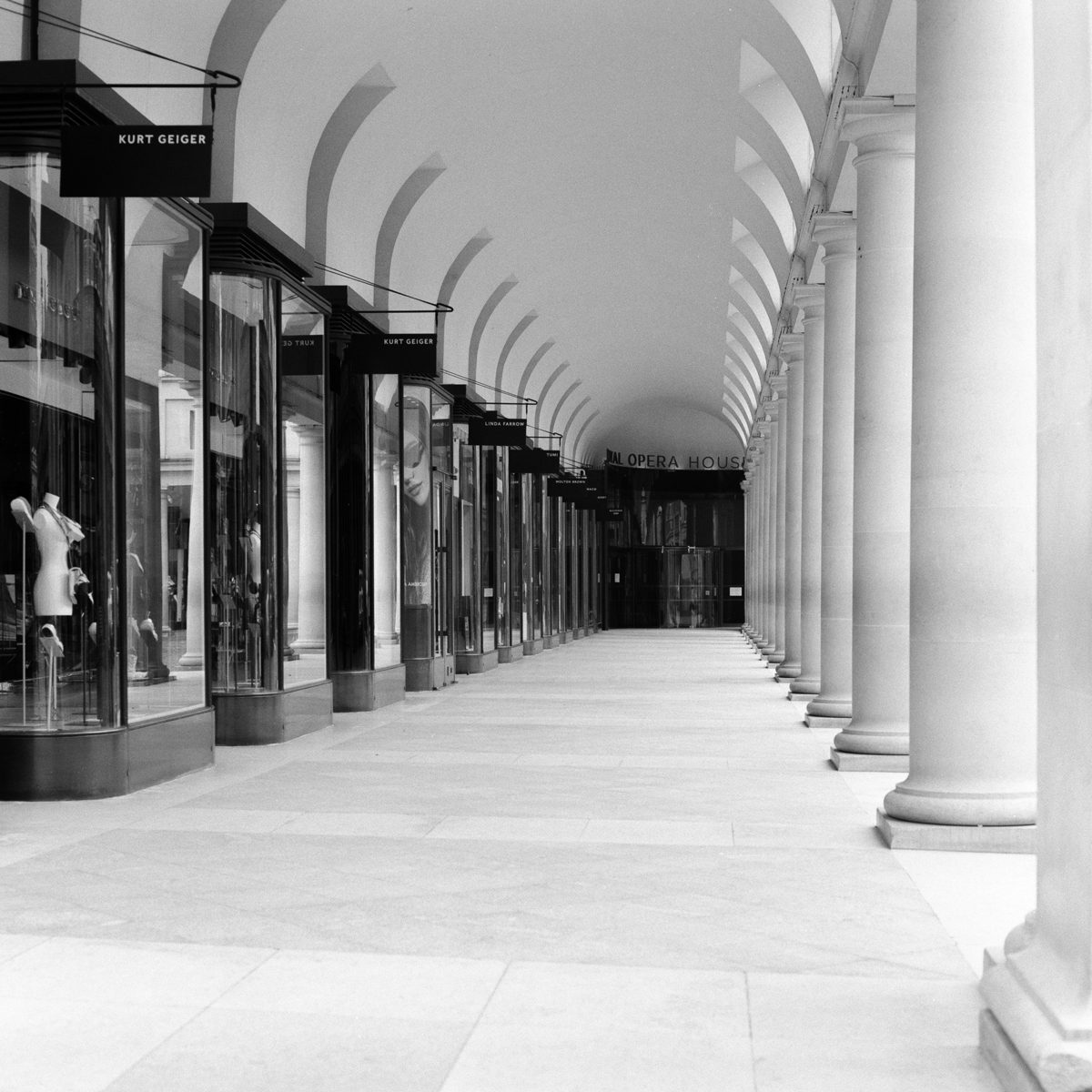 All images shot on ILFORD HP5 Plus or FP4 Plus  medium format film © 2020 Mantovani Ltd.

Giacomo Mantovani was introduced to analog photography as he was just a teenager. With that he had the chance to form his “photographic eye”, which helped him to move into video, producing award winning short films. At that point he started making a living out of commercial video production, while feeding his passion for photography in his spare time.

In the last six years he became an ambassador of mobile filmmaking and photography, also supported by the smartphone manufacturer company OnePlus.

He is now focusing on various photographic projects, mainly shot in medium format — with Ilford HP5 and FP4 Plus — including one of his most personal projects LCKDN20, a series about the ‘abandoned’ city of London, shot during the lockdown.