Isle of Dogs Posted On 21st January 2021 To Magazine & Stories

A slice of London

Isle of Dogs is the name of my second self published zine under Ducksale Press, a zine publishing project my friend James Moreton and I started a couple years ago. Isle of Dogs is also a slice of London: overdeveloped, underfunded, home to locals who were born on the island (“islanders”) and immigrants alike. But because the Thames makes a distinctive U shape around it, the Island stands out on a map or when viewed from a plane. I've recently learnt that German bombers, despite a London-wide blackout during the WW2 Blitz, would still recognise the docks' locations on the Island because of this U shape. So the Island – and its locals – were battered by bombs. 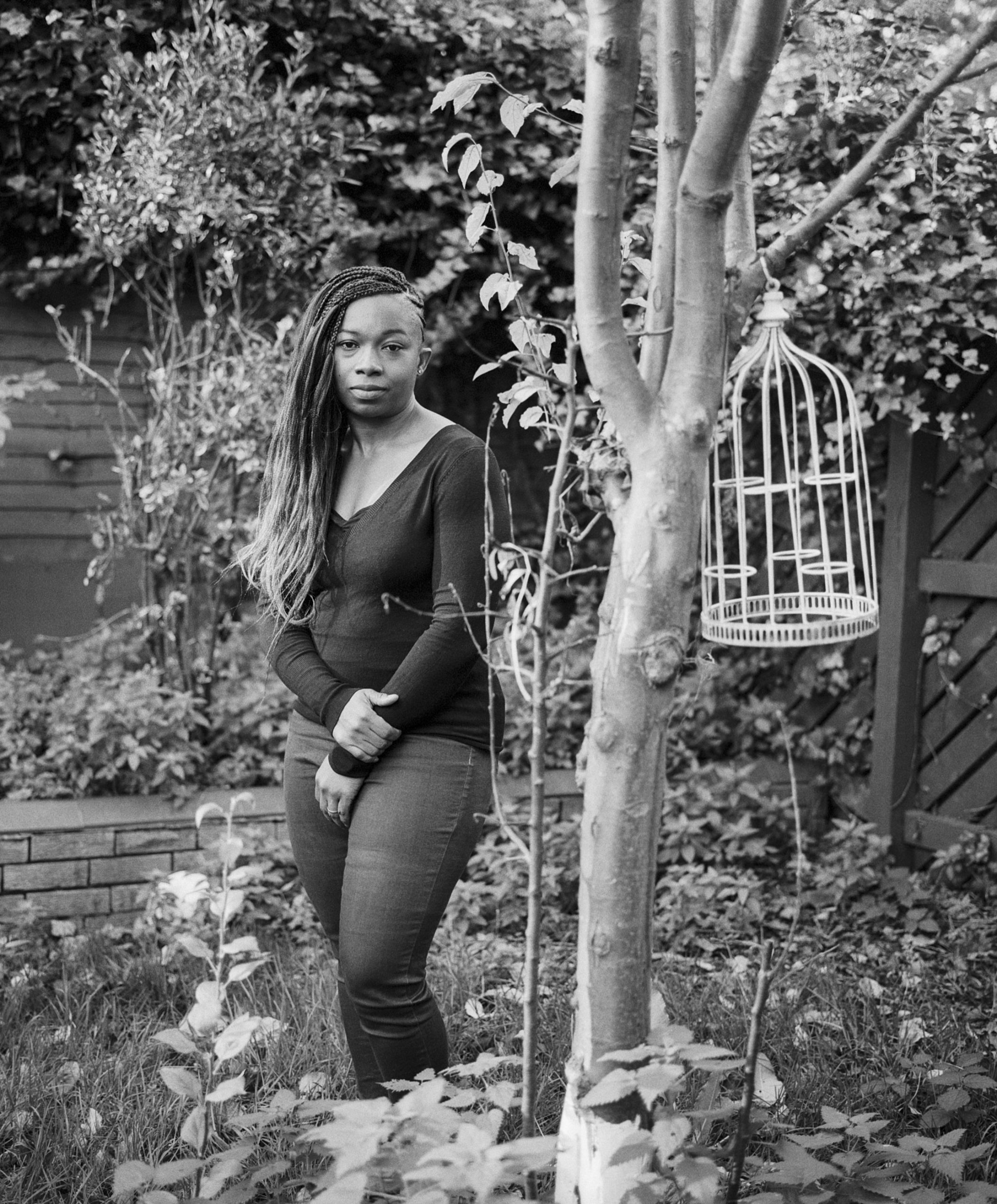 There are other historic references in many names around the island: West India Quays is where Robert Milligan created the first dock to offload rum, sugar and other imports from the West Indies.

On 9th June 2020 Tower Hamlets Council and The Canals and River Trust removed a statue representing Robert Milligan from outside the Museum of London Docklands in West India Quay. A few days beforehand, protesters had toppled Edward Colston’s statue in Bristol and thrown it into the nearby water. Milligan had not only been a West Indies merchant, but also owned more than 500 slaves in Jamaica. Much of the money Milligan made was invested in the docks and therefore the development of Isle of Dogs. 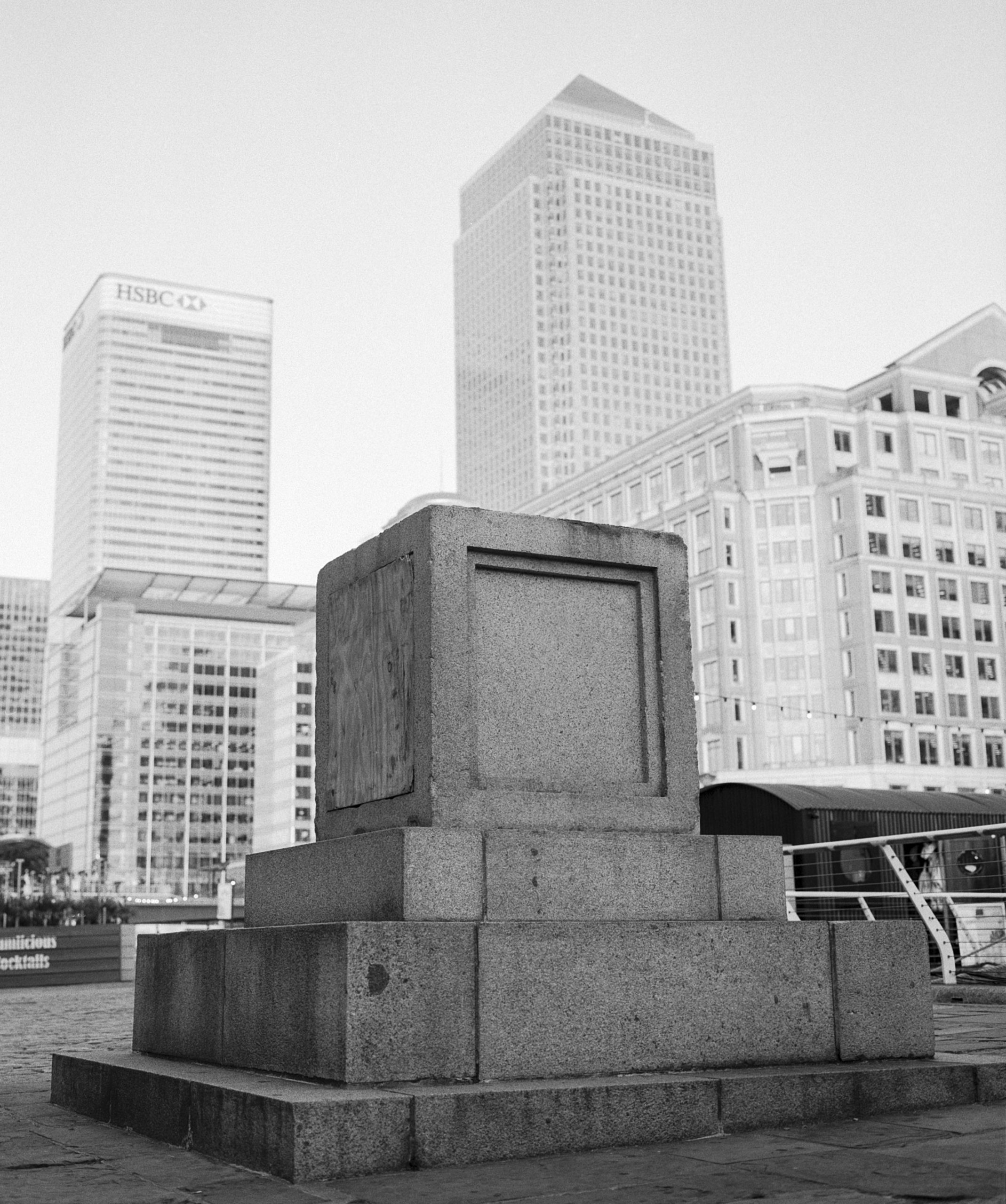 Curious of my neighbours’ thoughts on the removal, I started a series of portraits. I met people around the Island and we talked about how lockdown has affected them, what keeps them going, and what they think about the area. The most common complaint is over-development, seemingly without regard for locals. Michelle revealed a small area near South Quay has so many new residential developments, it has now become the most densely populated area in the country. She is involved in local committees and spent days with a friend walking every single street of the Island, making note of all trees still standing. Their count was disappointingly less than the local council’s official numbers. Serena praised the diversity describing the Island as a “melting pot of all cultures,... a united nations”. However she recognises it's anything but perfect: "it's still very much us folk and them folk ... often we don't fully integrate". 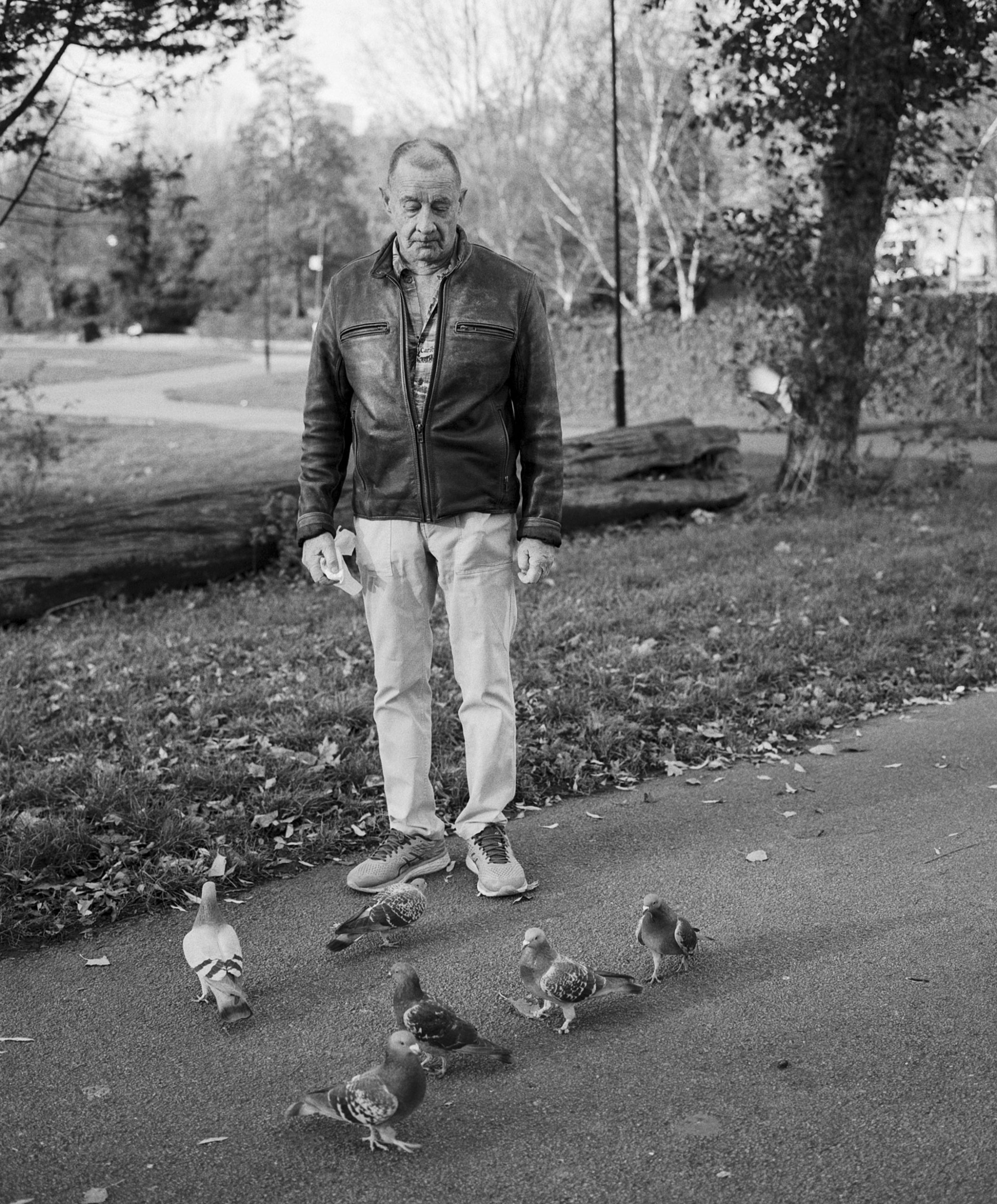 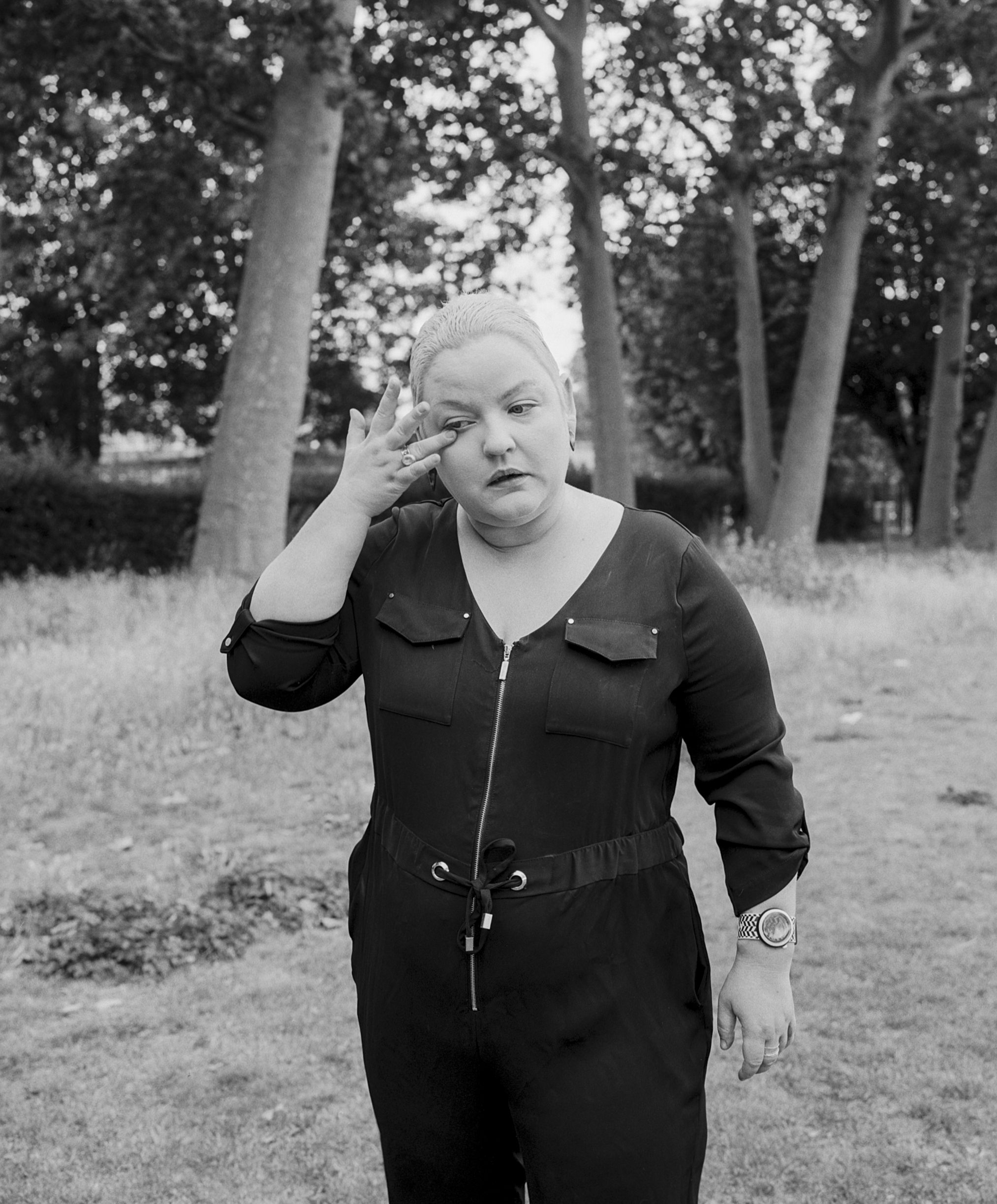 In doing this project, I realised how little time I had spent here before this pandemic. A few years ago, James and I were discussing how most photographers can find projects on their doorstep, if they stopped to listen. It's taken me a little while to actually put it into practice. Alison Jackson awarded three portraits from Isle of Dogs in her photography competition back in September. Seeing the overall positive response to my portraits, I decided to make a zine. I chose a newspaper tabloid format because newspapers used to be printed just 5 minutes from my home, in the West Ferry Printing Works. The printing facility was demolished, and the site has been pencilled for a new development of high-rise residential buildings. 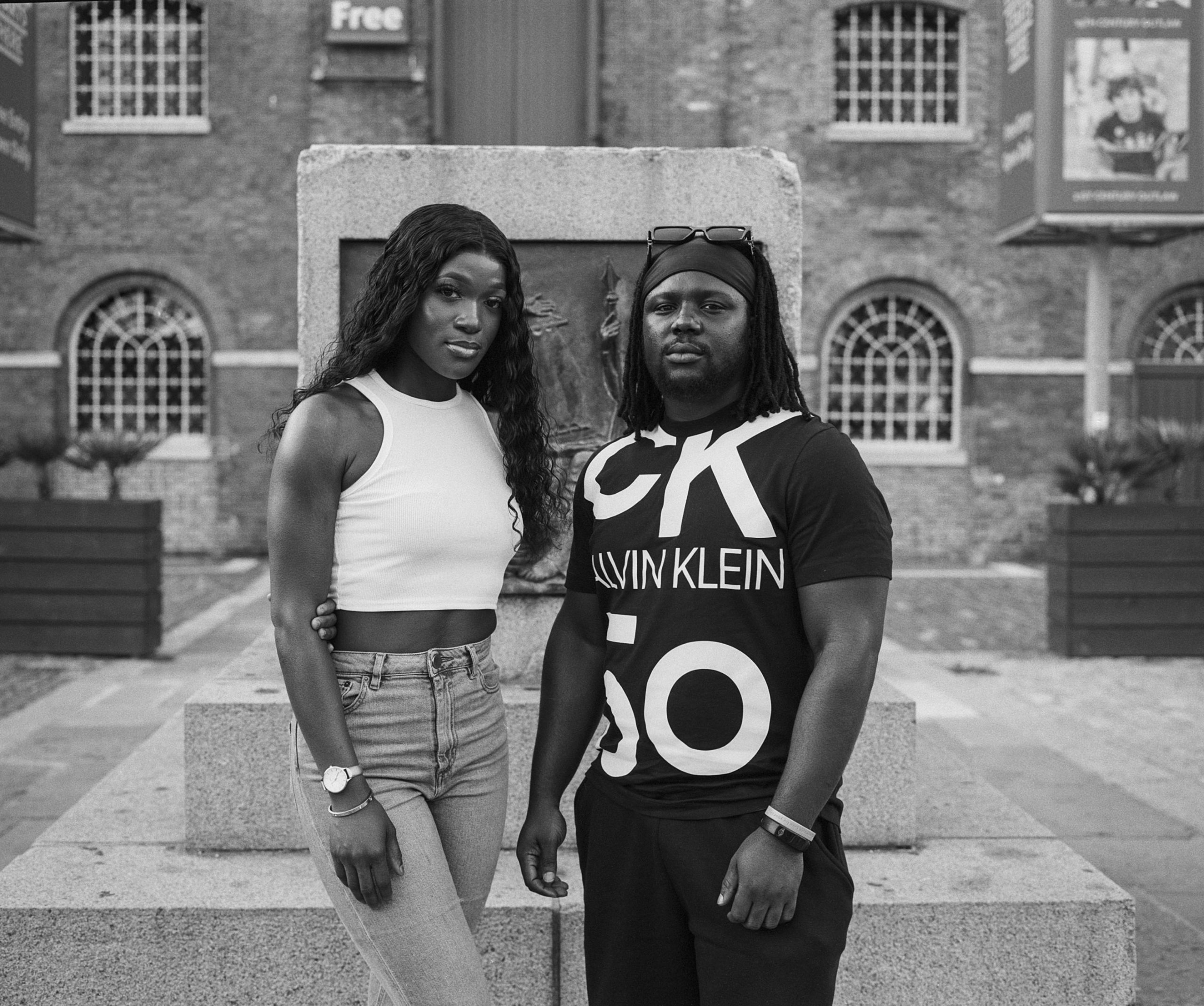 Not everything is black and white

I've learnt that very few questions come with a black or white answer, especially when it comes to opinions on history or the present. But I've really enjoyed using Ilford's 120 HP5 film for this project, it was my attempt at displaying the gray scale of opinion. All pictures were taken with my Mamiya 7, and I developed and scanned the film myself. I have an enlarger but it only takes 35mm negatives, so haven't printed any of this work; perhaps later this year, when shared darkrooms become available again.

I'm still making portraits and documenting Isle of Dogs, so there may be a second, bigger publication at some point. For now, I'm enjoying learning more about the Island's history and meeting new locals, even those I disagree with - I'm hopeful with time and patience we both learn from each other. 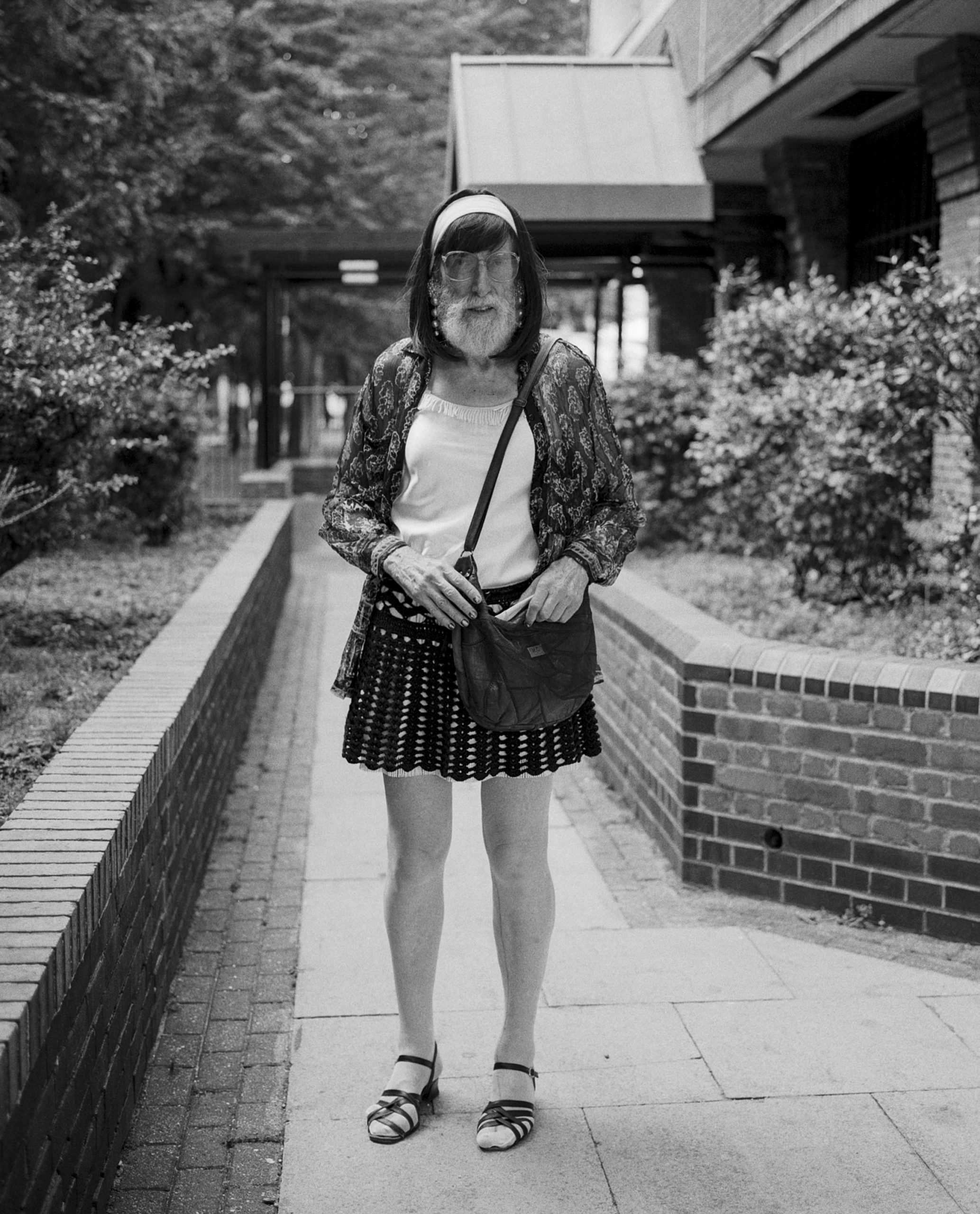 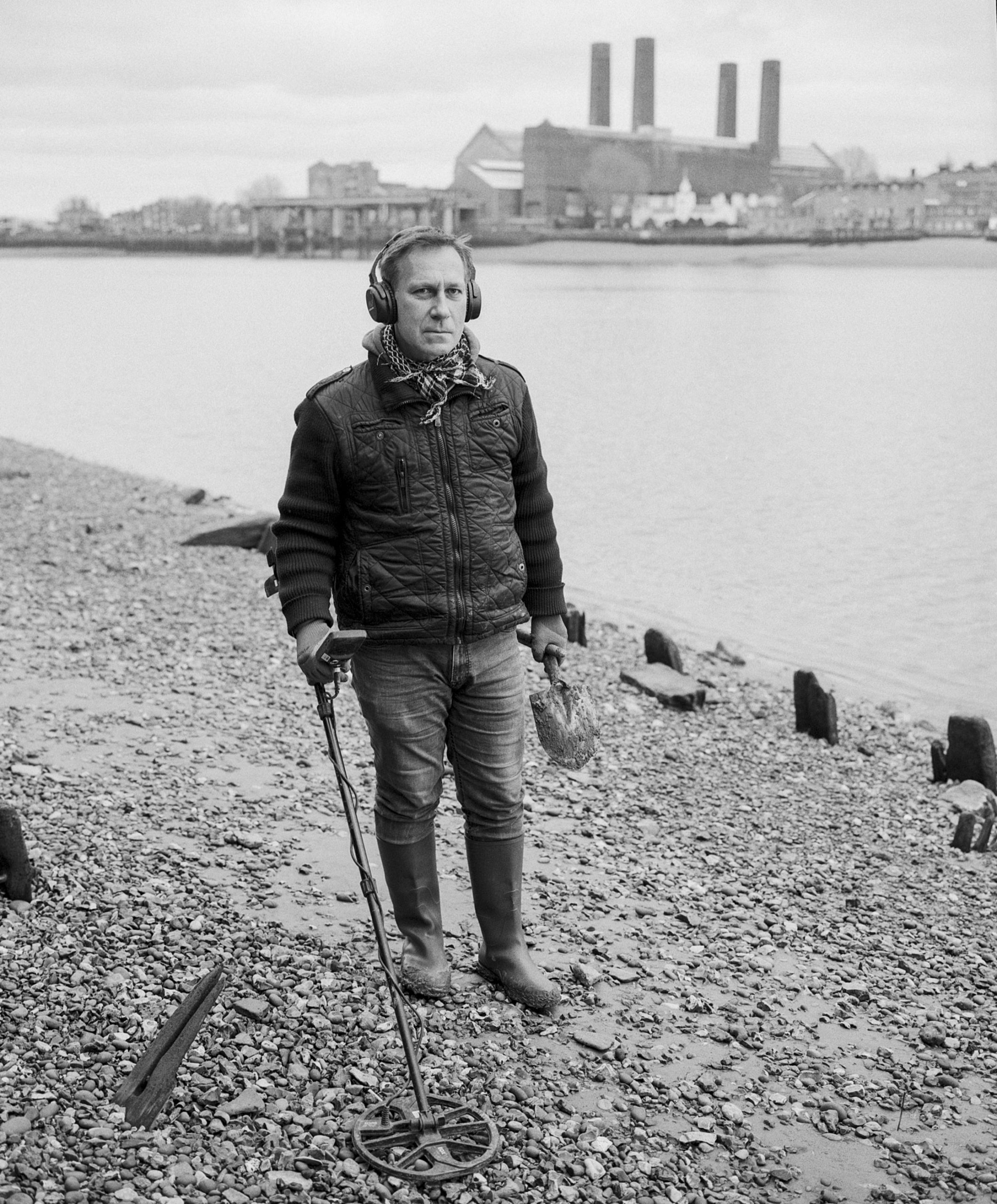 The zine is available to buy here.

I was born in Transilvania, now based in East London and I use photography as a visual diary. My work focuses on portraiture, documentary and street photography while exploring the notion of home: understanding what makes a country welcoming, what it means to belong.