Into the ether Posted On 8th April 2021 To Magazine & Stories

A year is a period of time. It is 365 days. There have been many renditions of the calendar throughout human history, but it wasn't until 1582, when Pope Gregory pointed out a flaw in Julius Caesar's calendar, when we would receive our current amalgamation of determining time, the Gregorian calendar. Pope Gregory pointed out a problem. Julius Caesar’s calendar had drifted a full 10 days off. It wasn’t until the eighteenth century, that the Gregorian calendar was fully accepted throughout Europe. These 10 days merely faded away. These ten days happened, but when?

Historians believe that losing 10 days was minor in comparison to some of the time that dissolved into the ether in previous constructs of the calendar. In fact, the calendar acted as a way for the priesthood of the Roman Empire to extend the reign of their favorite owners of power. Fudging a week or even a month as per necessary. Gregory’s “fix” has still been in effect to this day, even as we approached the year labeled 2020. 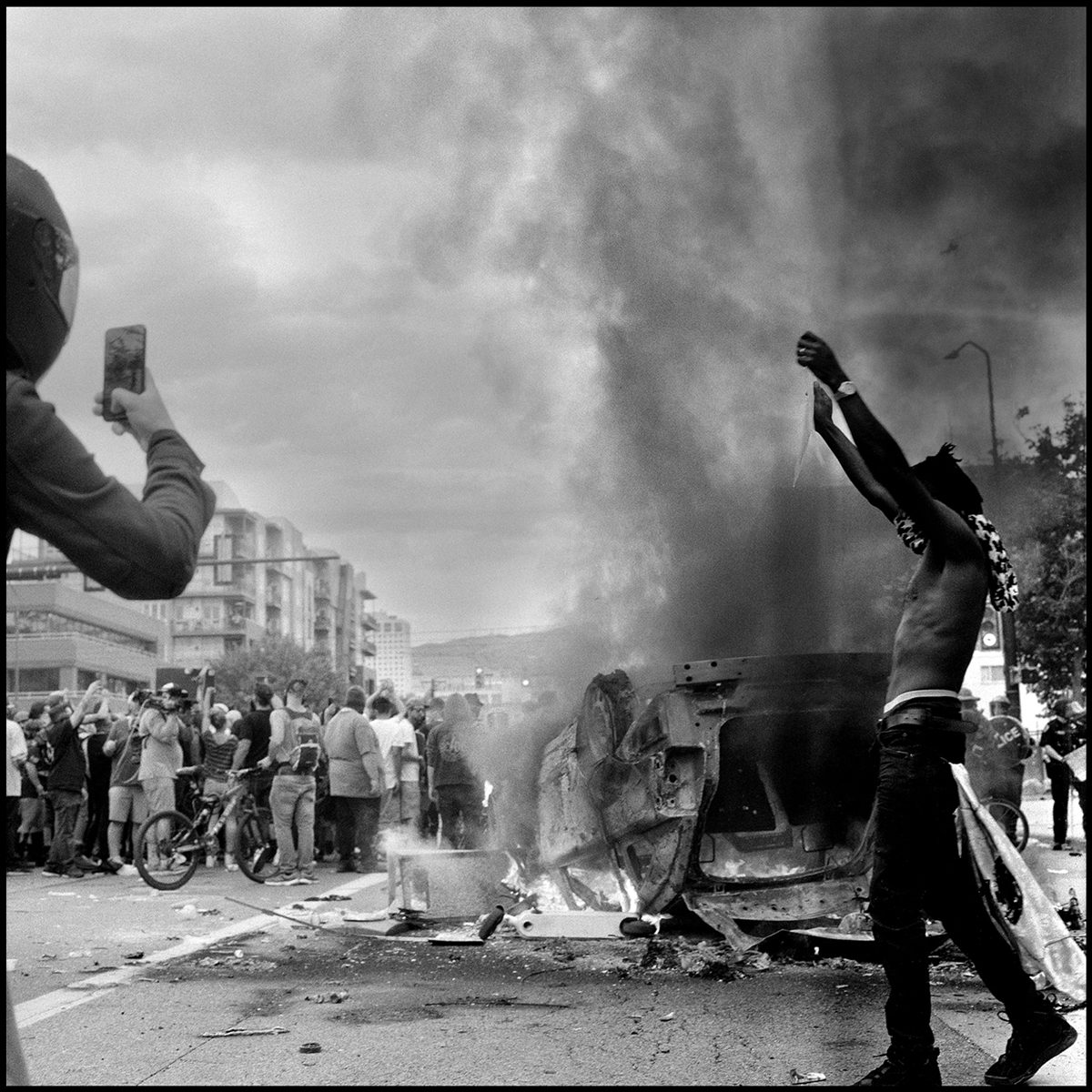 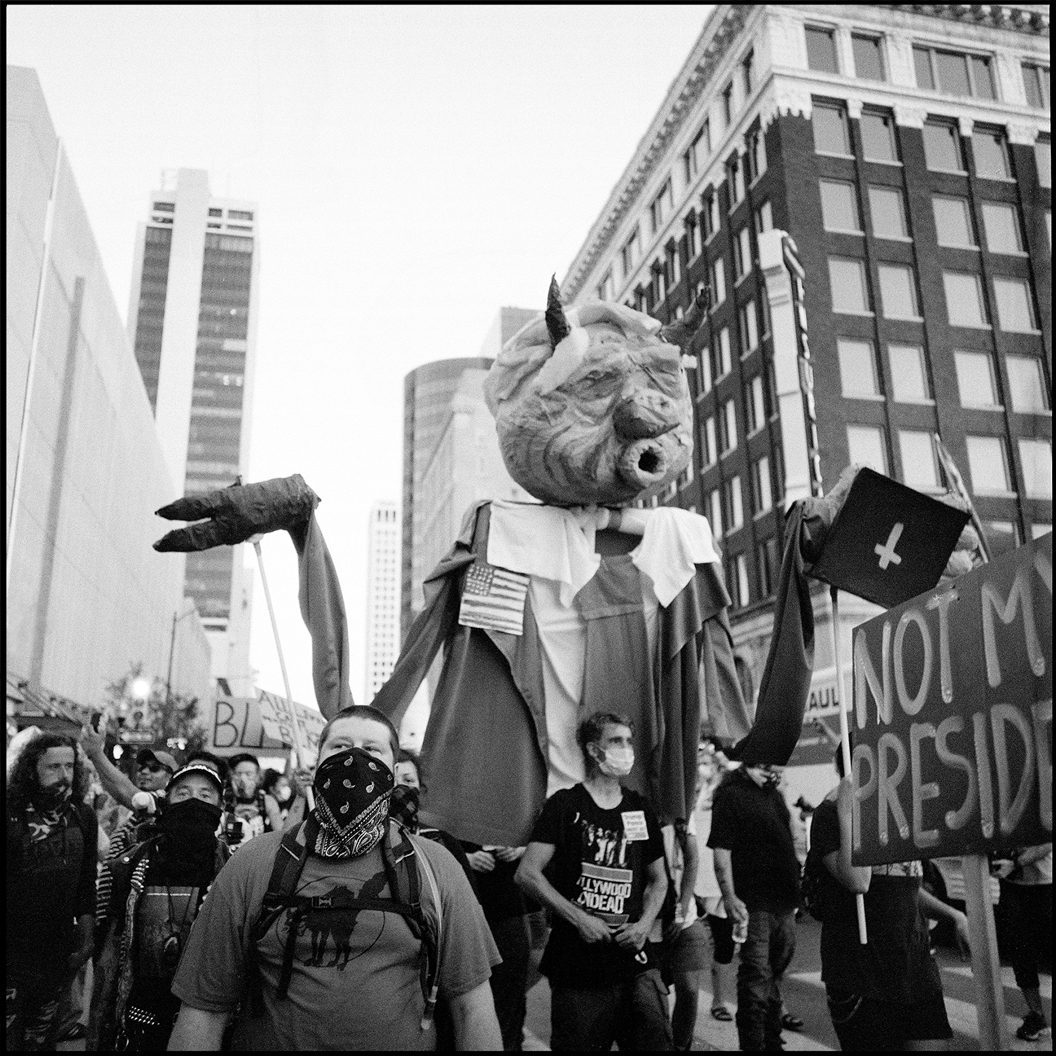 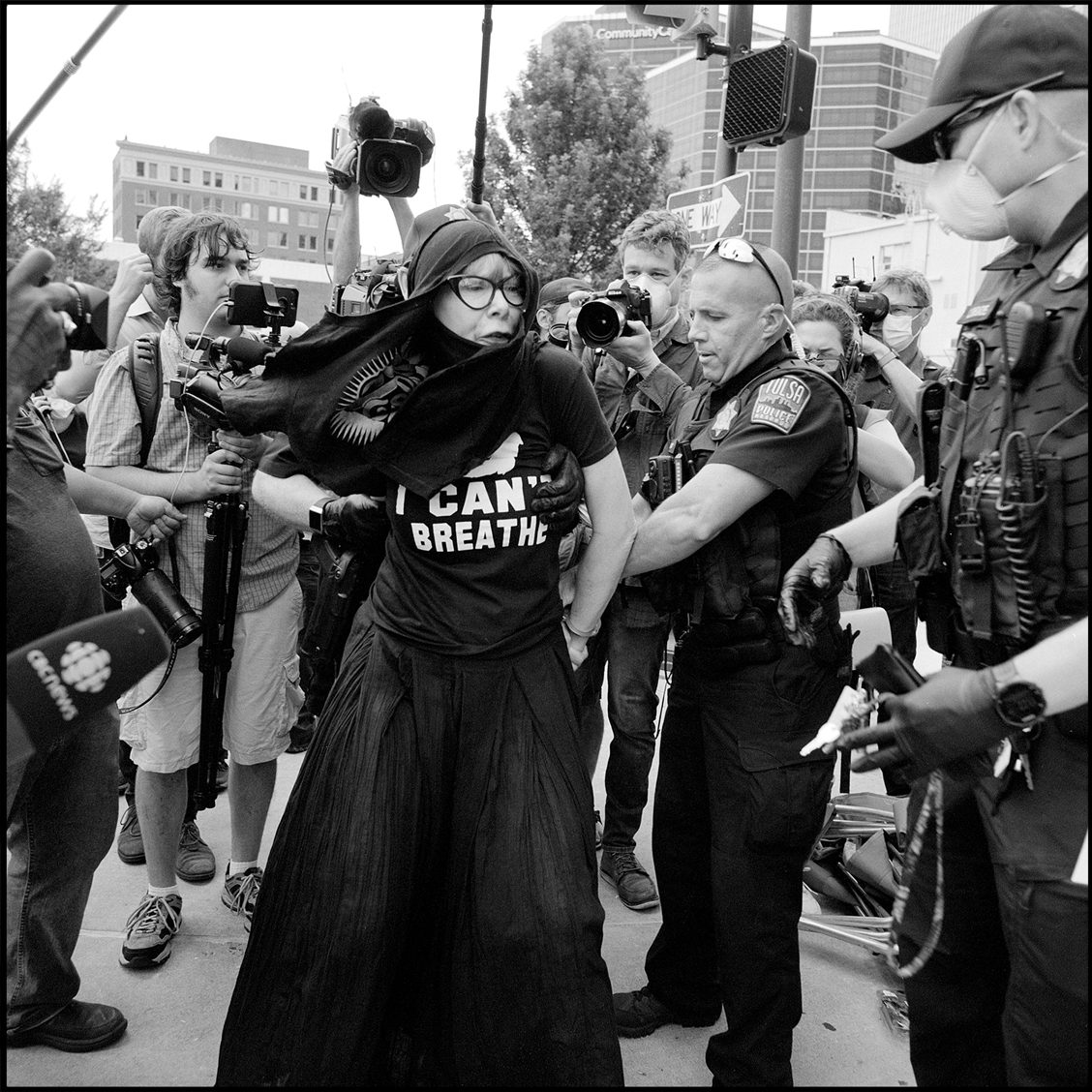 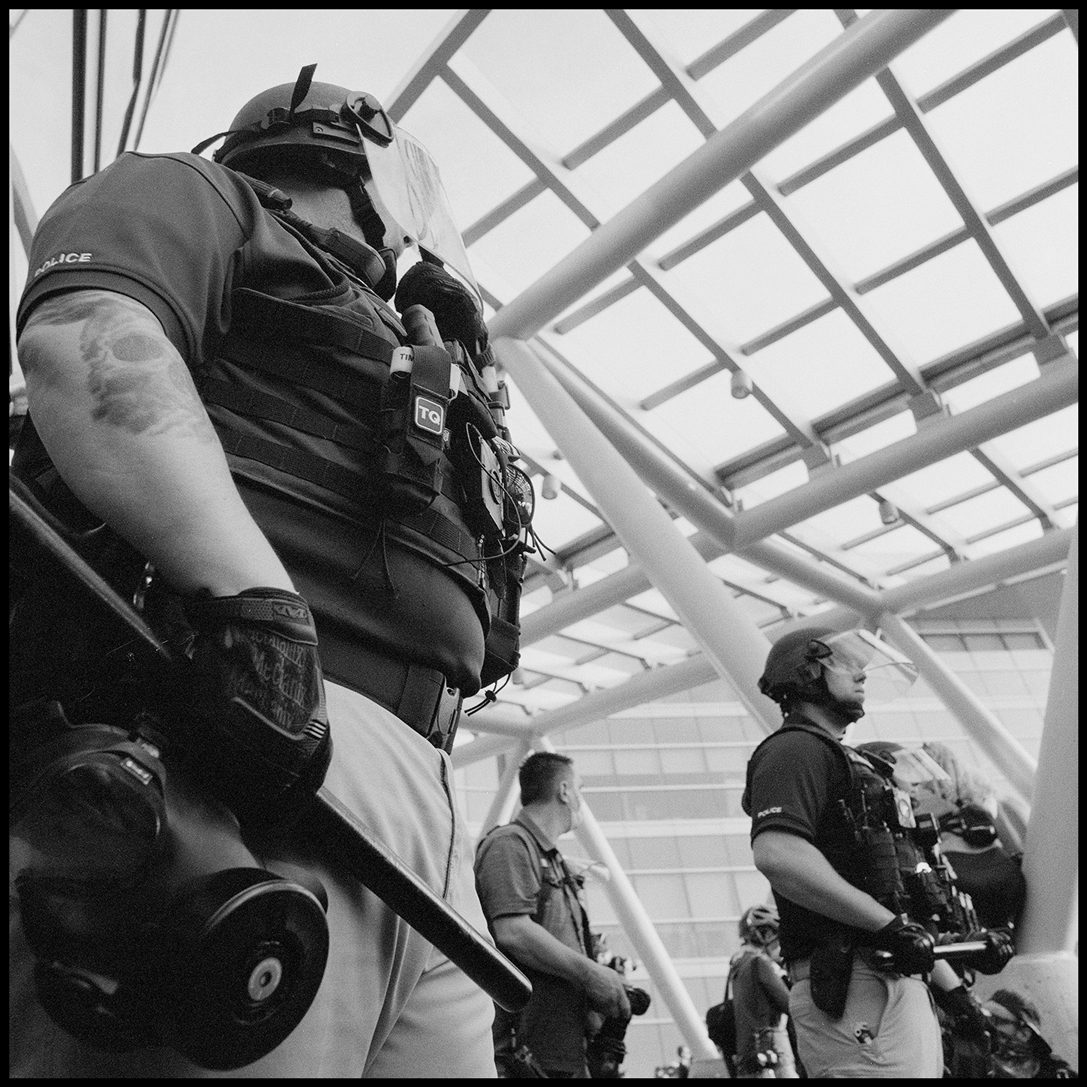 A year to forget?

Almost everyone you know has probably credited 2020 as a year to forget, a bad year. To many, 2020 was challenging, it was painful, it carried a new fear. It caused us to re-think every aspect of our existence. So, what is the difference between a good year and a bad one? Is it a good year when everything goes according to plan? Is it a good year when the status quo continues? As individuals we struggle to find perspective. We struggle to see from higher ground. Sometimes we forget the moments in which we are tested the most, are the moments in which character is born. 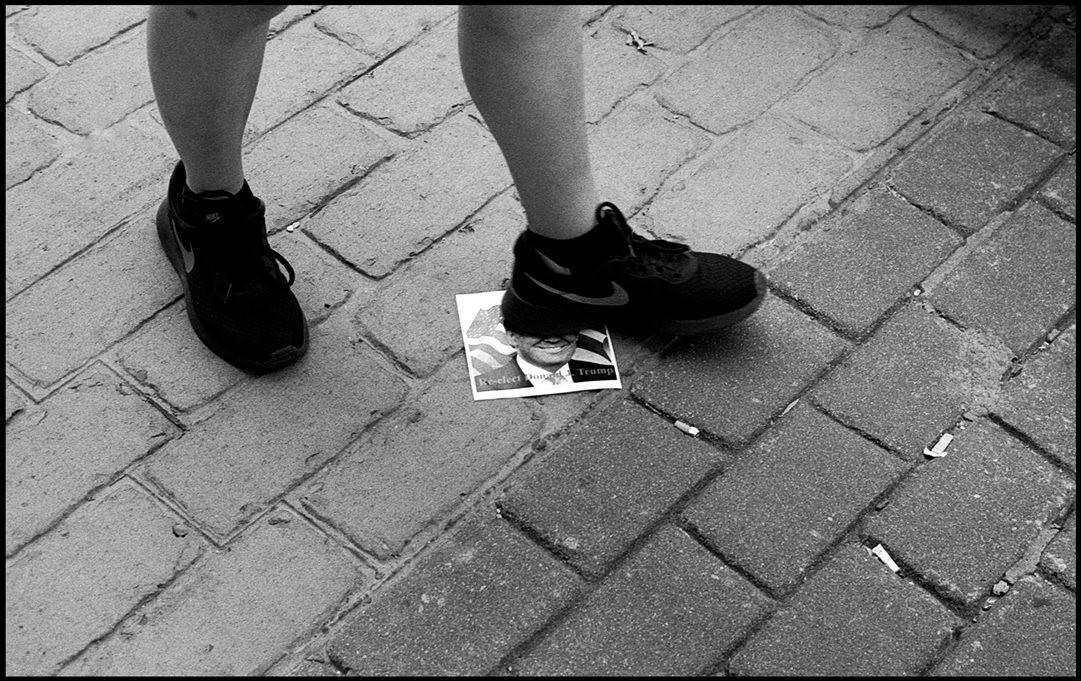 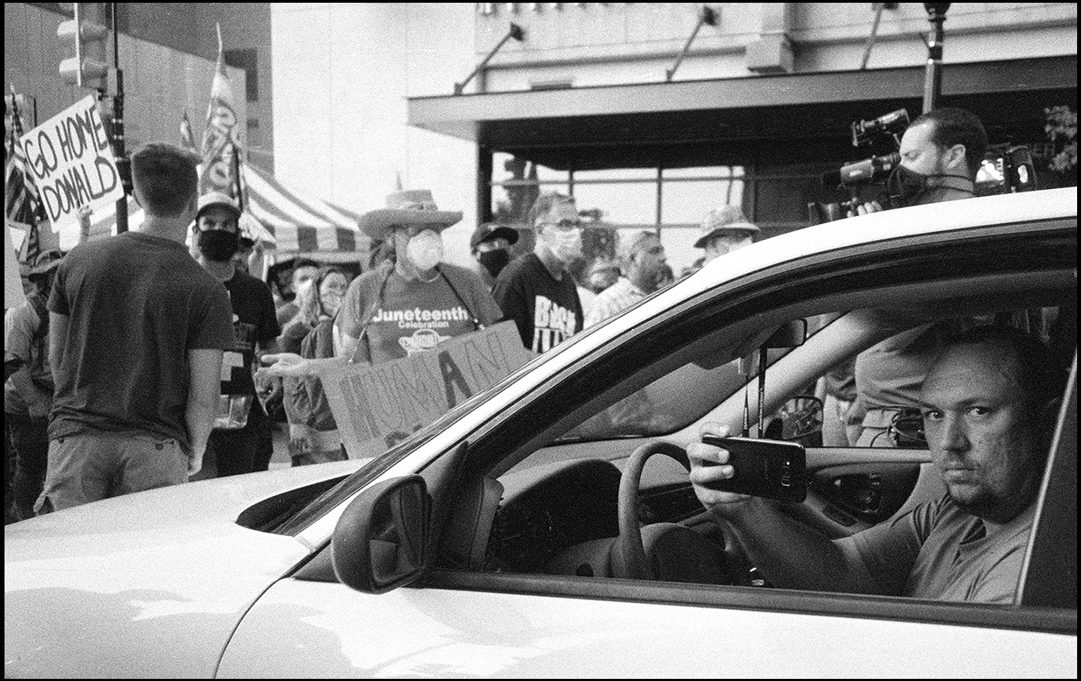 A man documents the chaos out side of Donald Trump’s rally. Tulsa, OK. Ilford Delta 400. 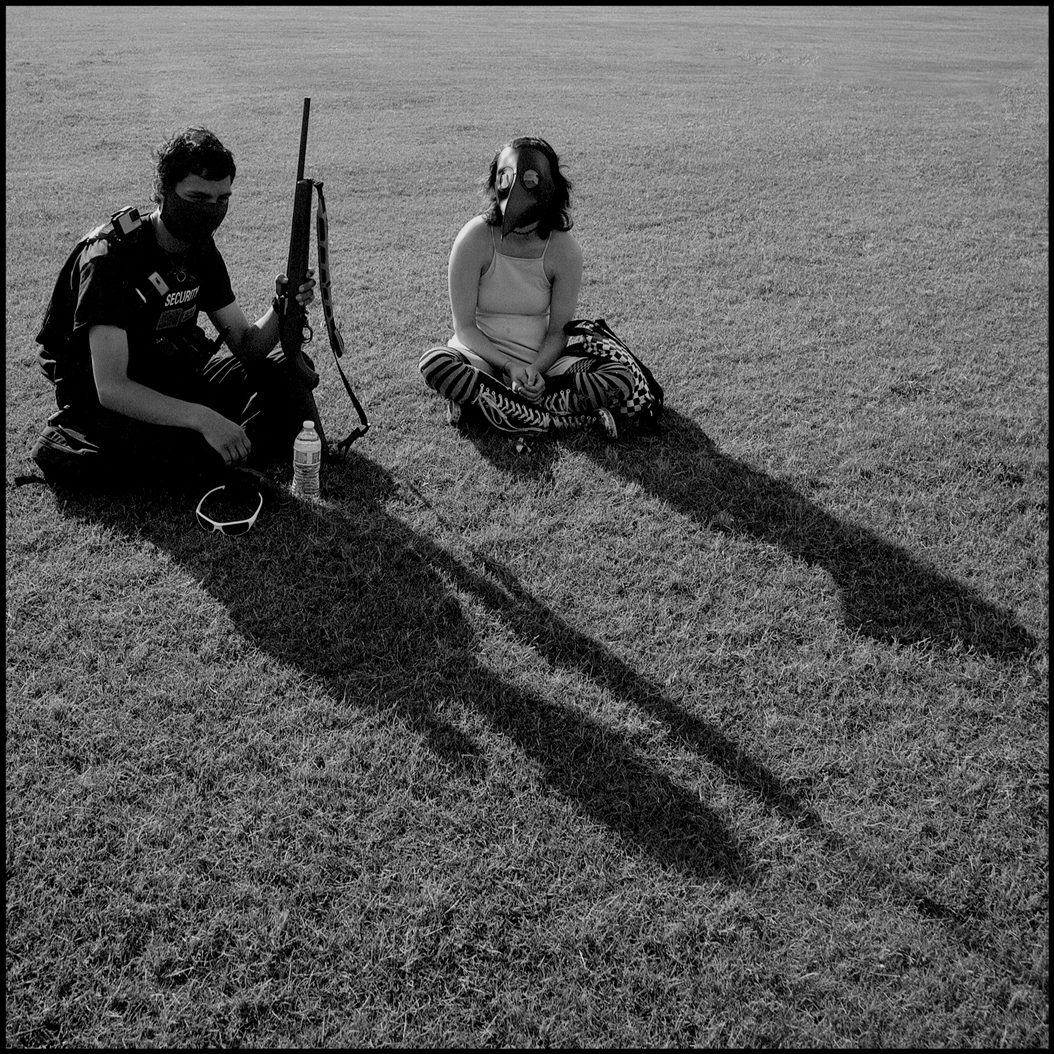 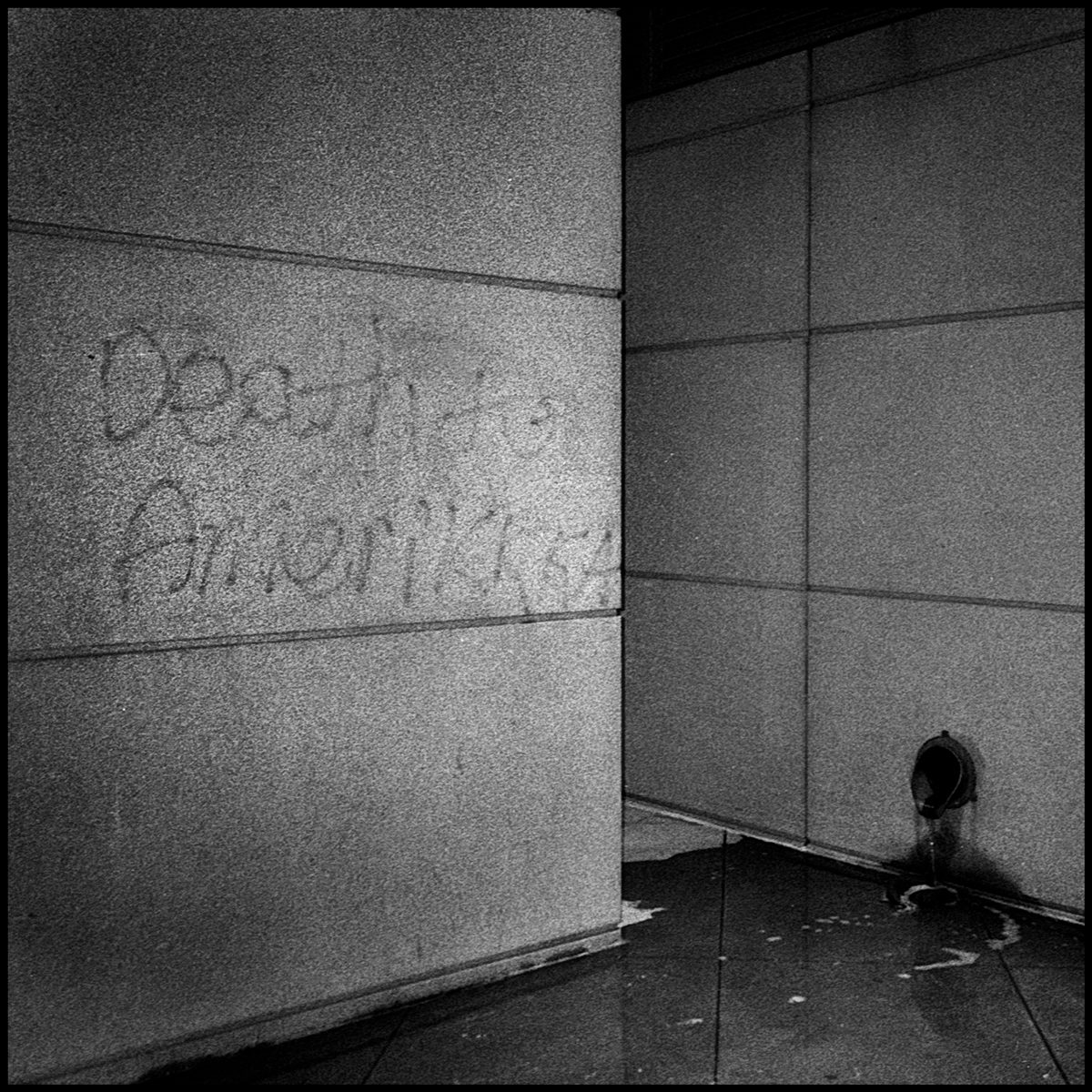 The words, “Death to Amerikkka” power washed from a building near the Colorado state capitol. Dencer, CO. Ilford Delta 400. 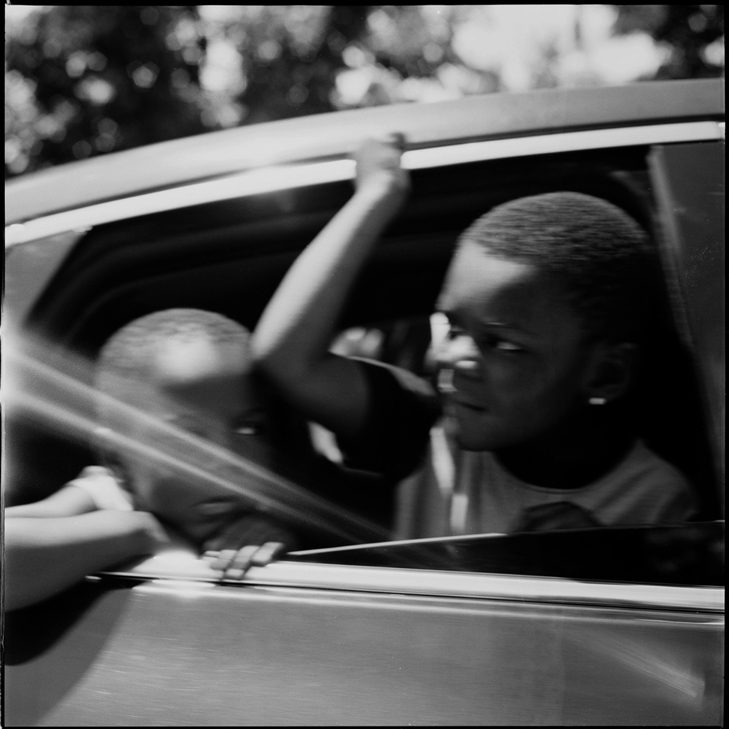 Two children look out the window as they drive by a protest, Salt Lake City, UT. Ilford Ortho Plus.

As I sat down to write these words, I initially thought of the aforementioned perspective in which I bid 2020 adieu and good riddance. That perspective would show that I learned nothing from this year. It would discount the people I documented in these photos and the lessons they taught me. It would discount the resilience that was shown. A great many people lost their lives to a virus. A great many people took to the streets and fought for their rights, at the risk of putting their health in danger. One thing can be said about the past year, we did not kill time. We as humans owe it to those we lost, to not let this period of time slip into the ether. Forgotten. An end to a dreadful era. Look how much can happen in a year. 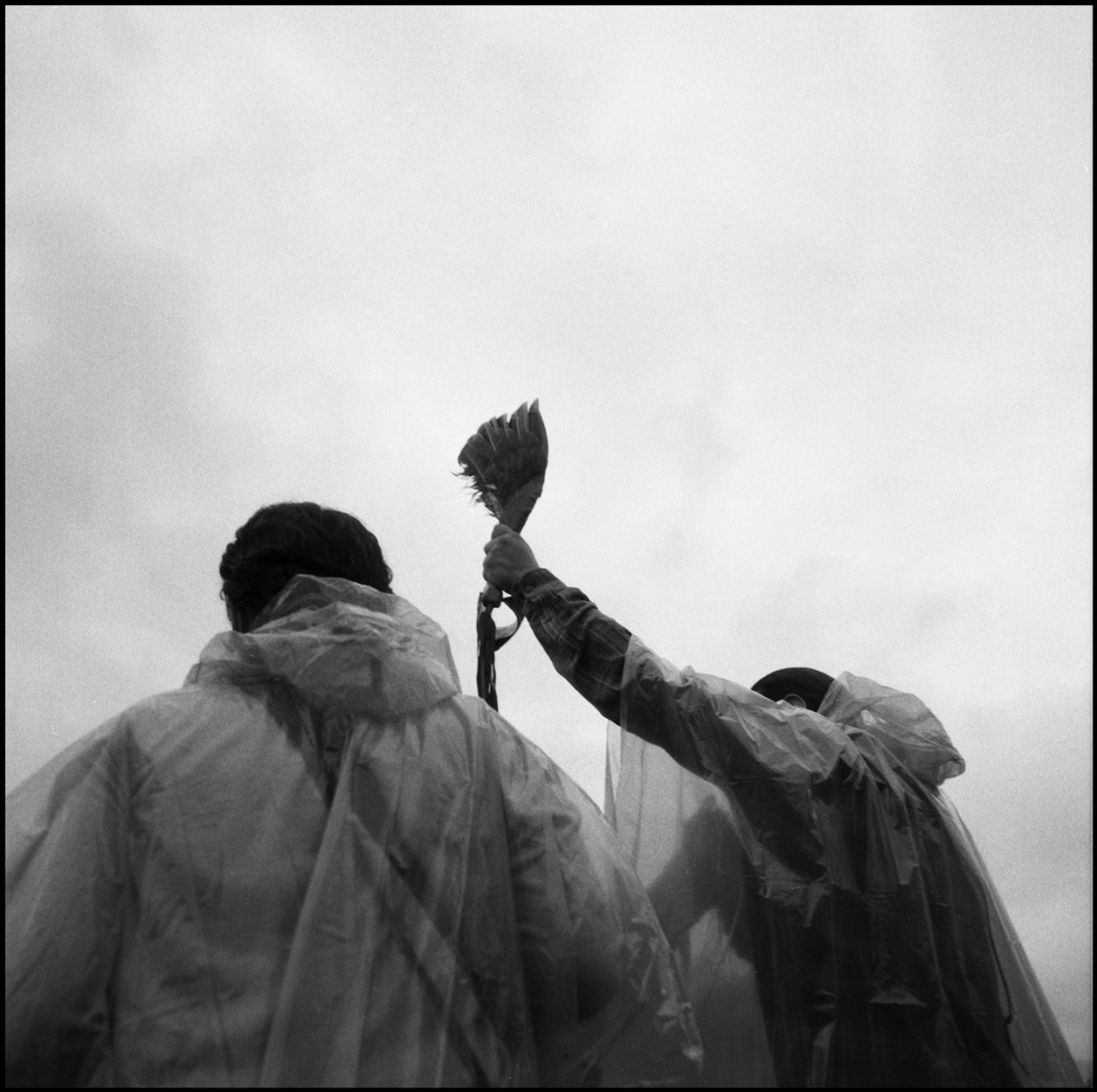 A blessing is given at the vigil for Bernardo Palacios. Palacios was slain by SLPD on May 23rd, 2020. Salt Lake City, UT. Ilford Delta 400. 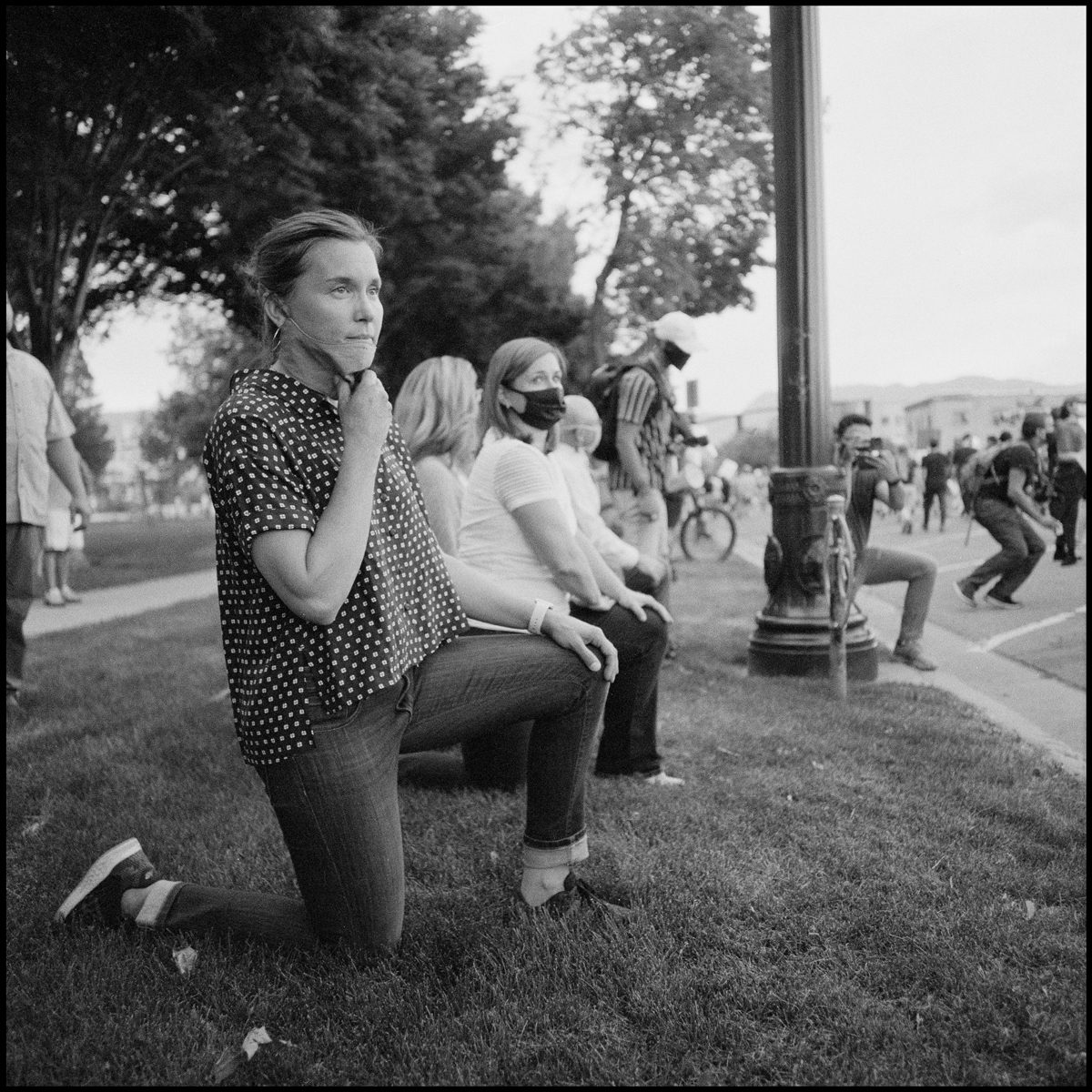 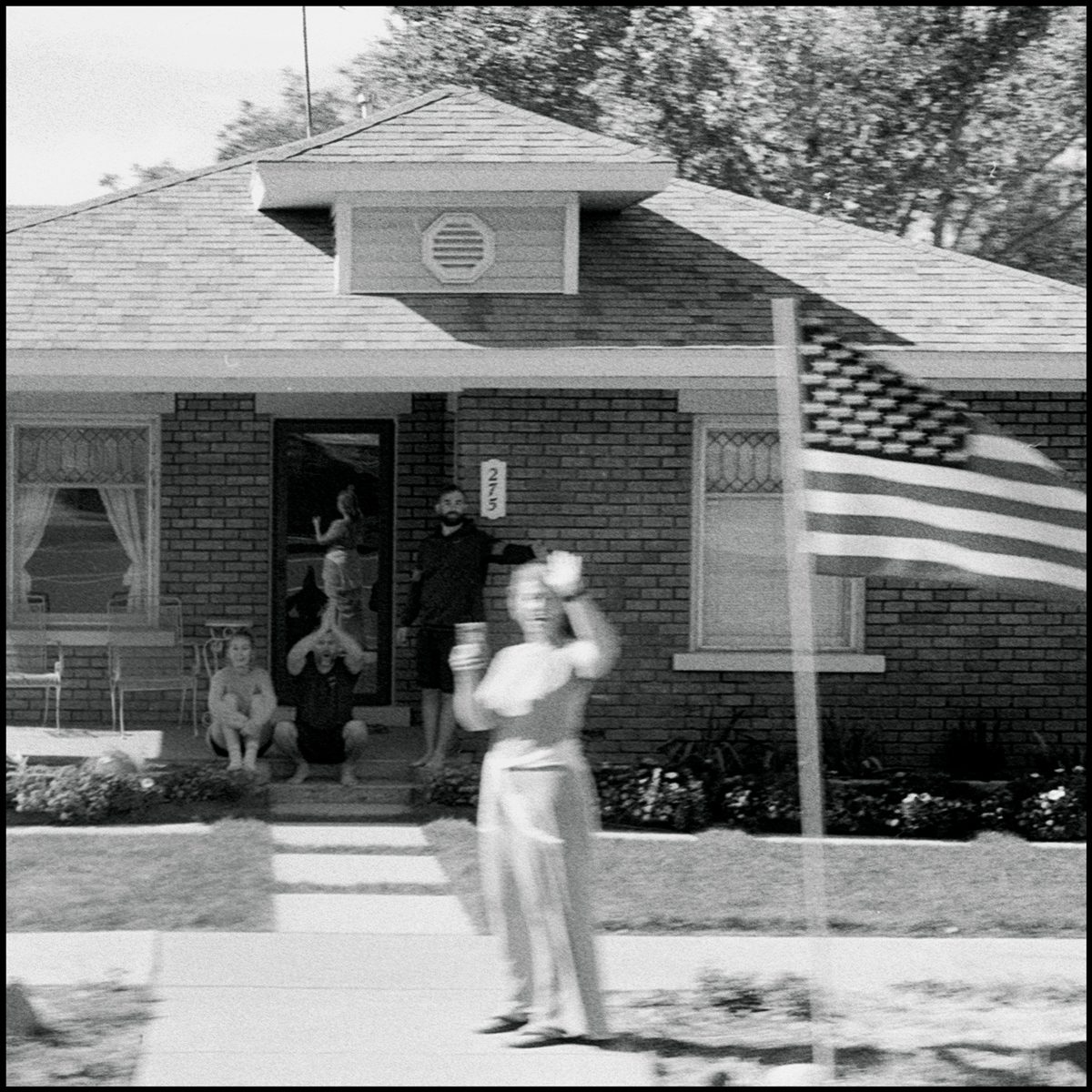 A family stands outside their home and watches a Pro Trump parade drive by. Hurricane, UT. Ilford Delta 400.

Jordan Utley has been using a camera for the majority of his life. The majority of previous work has focused on the moving image. Originally he started within the BMX indusrty making award winning videos know the world over, culminating with the 2012 Nora Cup. SInce than he focused on music videos, short films and commercial video creation. His work has been featured on wide variety of websites and publications. His primary focus is now on Photography, moreso, Photojournalism. That switch came about after a plethora of life changes, seeking a more meaningful life.

Currently he taking assignment and finalizing his first book, The Book of John.