It is January 31st, 2020. I’ve arrived in London to document the events surrounding the UK leaving the EU. Many groups were converging on Parliament Square for this historic day. My usual workflow was interrupted when fellow documentary photographer Simon King called me aside and handed me a Nikon FG, 55mm f/3.5, and a roll of Kentmere 400.

This was the first roll of film I’d exposed in my life. Unaccustomed to the mechanical redundancies and psychological immediacy that film offers, this Nikon FG posed many questions. Moreso as the light began to die and I found myself severely limited by the lens and film speed. 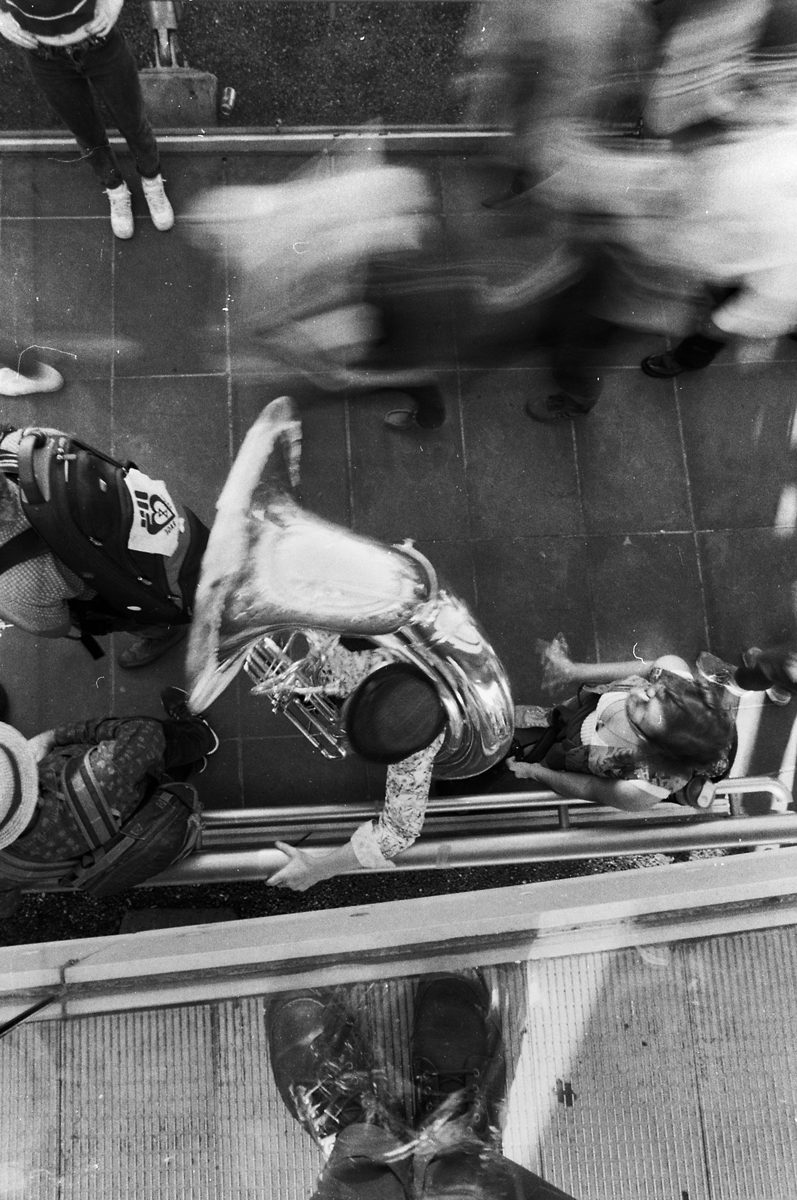 A ceremonial band of veterans marches quickly from Whitehall to Parliament Square: a key, and unrepeatable moment for the day. My understanding of the exposure triangle collapsed under pressure. I lost track of my shot count, focusing was uncertain and finally, exasperated, I stowed the FG away, reverting to the comfort of digital. I made good work later that night, but my facade was now in tatters. More than embarrassment, it revealed ignorance of my craft.

From February I began to dual carry, using digital for critical moments and film for disposable moments. A safety net for me to learn. One of my many long-term projects is a documentation of my local Temple and community here in Milton Keynes. On February 21st 2020 my community celebrated Mahashivratri (a Hindu festival in honour of the marriage between deities Shiva and Parvati). Equipped with the FG, a 50mm f/1.8, and HP5+ I gradually took more risks - and suffered the consequence of missed and failed shots during critical moments - entirely necessary as this feeling pierced my heart. I could not survive without adapting, improving. 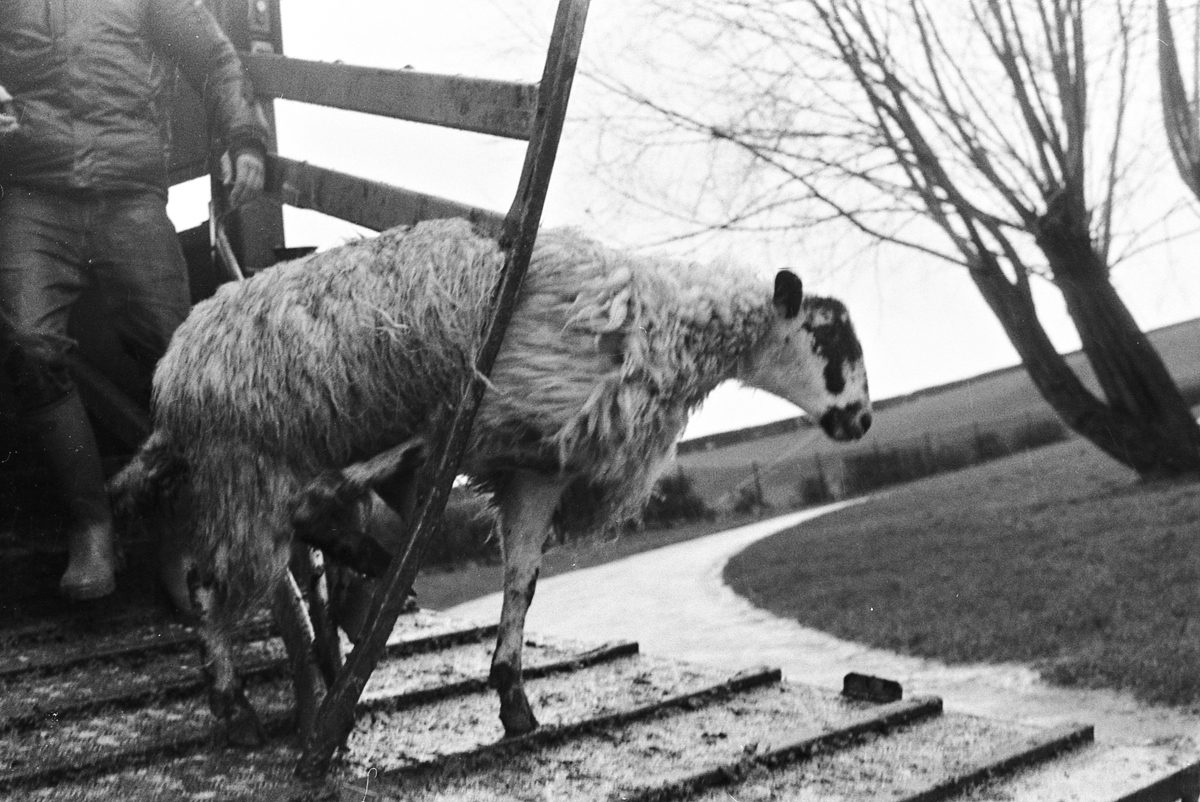 Soon enough I would become present; reasonably sure of my exposure, mindful of the frame counter. Those photographs were not incredible, but indicated progress. And so the digital counterpart remained at home thereafter. In March as the UK locked down I stumbled and lost momentum, but quickly took the opportunity to reduce down from my dual carry to only one camera: I chose film.

My neighbourhood changed as what I looked for had changed. I became less aesthetically orientated, instead moving towards “happenings”, which hopefully tells a wider more meaningful story after I’m gone. Given the right methods film can last for centuries, so there I inferred an added sense of responsibility and pressure in transmuting the hyperlocal mundane. 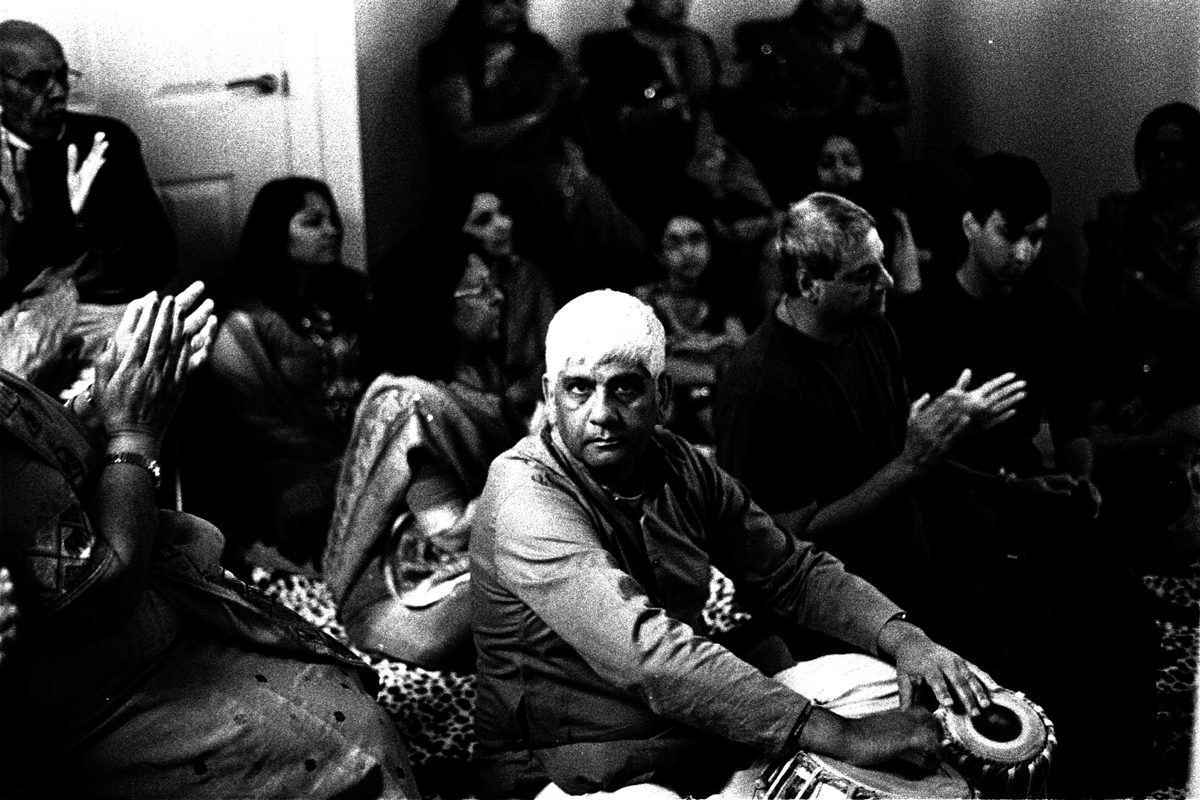 As civil unrest began to bubble up, I shifted my attention towards the manifestations in my hometown. When a BLM protest was organised for Milton Keynes I knew it would be historic, even if less widely impactful, as we’ve never had a history of protest here. Film lends itself towards a storytelling methodology; The frame limit of a roll can encourage storyboarding whereby a frame is the execution of one idea within that particular scene. Successive frames then build upon one another resulting in a contact sheet which could present several short stories or one grand epic. The virtues of scarcity provided credence to the adage ‘less is more’.

All of this had been the practical element to what in theory I began participating in late 2019. Long term documentary storytelling. While film was a tangible tool to learn, using my images to nail down concrete stories was a more abstract of a problem to solve. I was working with three others in our documentary collective, New Exit Group. Learning from David, Andrew, and Simon while out in the field, our work from April to August was earmarked to be published in our debut zine, BARDO: Summer of ‘20. 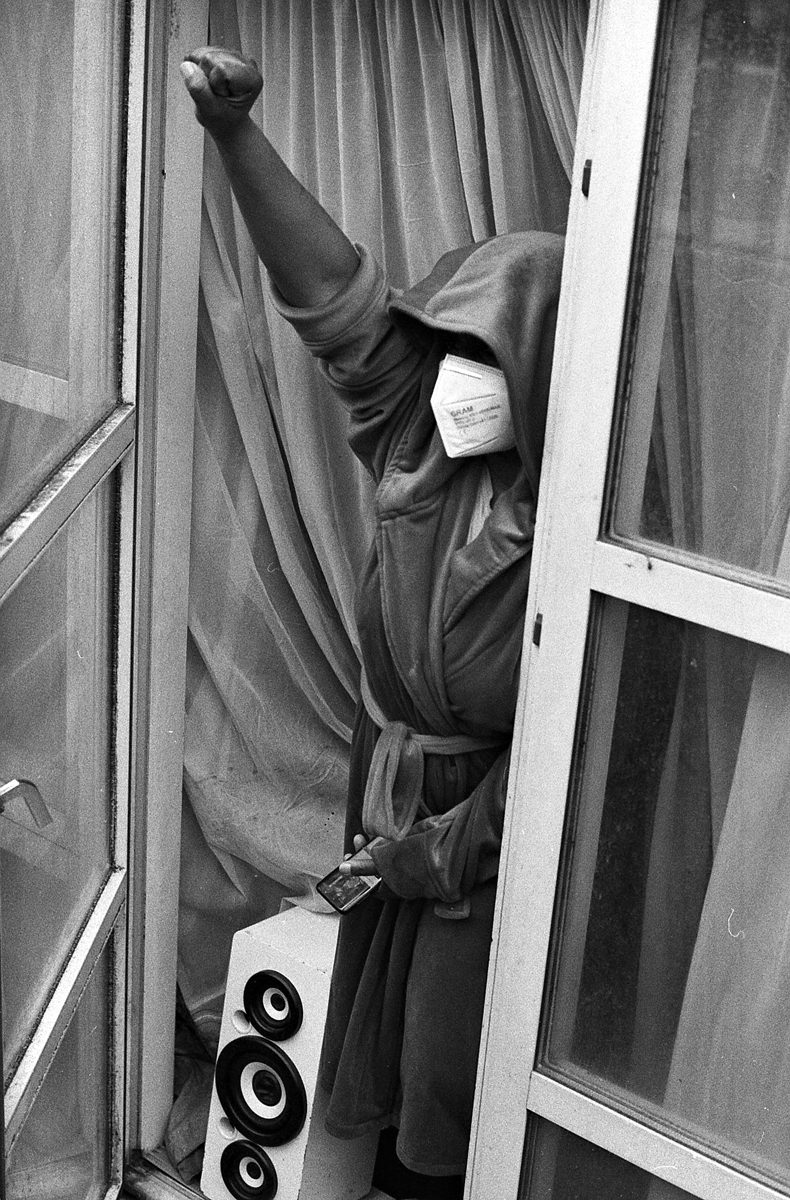 However once August passed I continued with film, my feelings towards digital having undoubtedly changed. Surprisingly, undeveloped frames remain at the front of my mind, whereas several thousand RAW files quickly dissolve into obscurity. The Nikon F2’s ability to operate fully mechanically places a responsibility of longevity onto the photographer. It is a matter of how long you last, not the battery. I found that consistency and uniformity in my film mattered not just for the look of the archive I was compiling, but for clarity of vision. HP5+ was the answer after a lot of trialing the Delta range, as well as some of the other 'plus' films.

As such, always know your exposure and frame count. In one instance, not knowing the frame count before removing roll out led me to double-exposing. A fortuitous accident, the result of which I actually enjoy. Learn the focal length, fill the frame. Play in the foreground, midground and background. Keep enough rolls handy because you never know what might happen next. I worked with my own motivation in my own town documenting covid relief, unusual weather phenomena, flood drills, religious services, and emergency service response. Small, hyperlocal stories, told in a classic and intimate way. 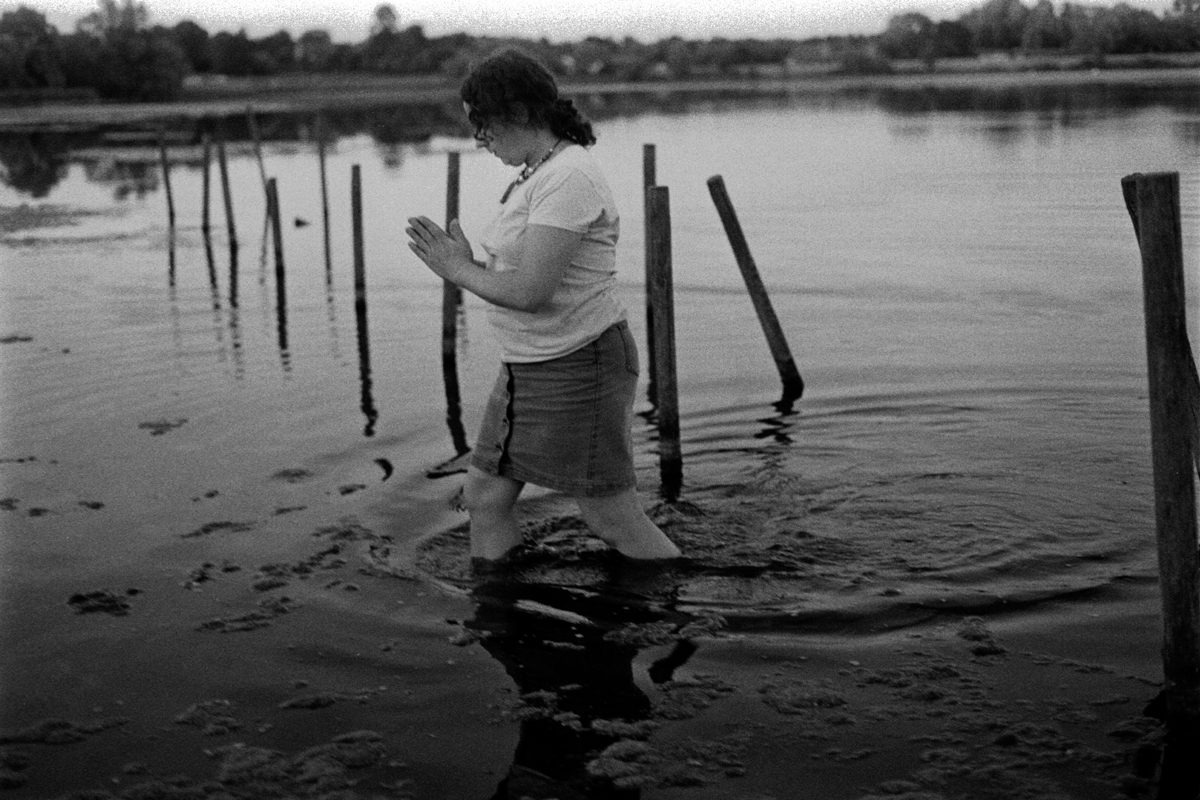 I now have a stock of exposed Ilford HP5+ at various pushed speeds which I will develop in Microphen. The first time I will have developed by myself.

Previously I had stayed overnight at David’s and Simon’s, guided by them towards their distinct preferred methods. David with a standardized HC-type stock, and Simon with a DDX stand dev. I’ll be using exclusively Ilford HP5+ at 800 or 1600 because of the flexibility it offers, and developing using  Microphen or Ilfotec HC. These provide a necessary increase in film speed without introducing too much grain. The best of both worlds for my approach.

What should have been my shallow end introduction to 35mm film, projects usually taken up by still life, novelty and family portraits was, instead fast moving, fast focusing, fast adapting situations.

In 2021 I’ll be looking at applying what I've learned so far.  Continuing to documenting my local places of worship, the changing identity of my hometown and manifestations of sociopolitical movements. 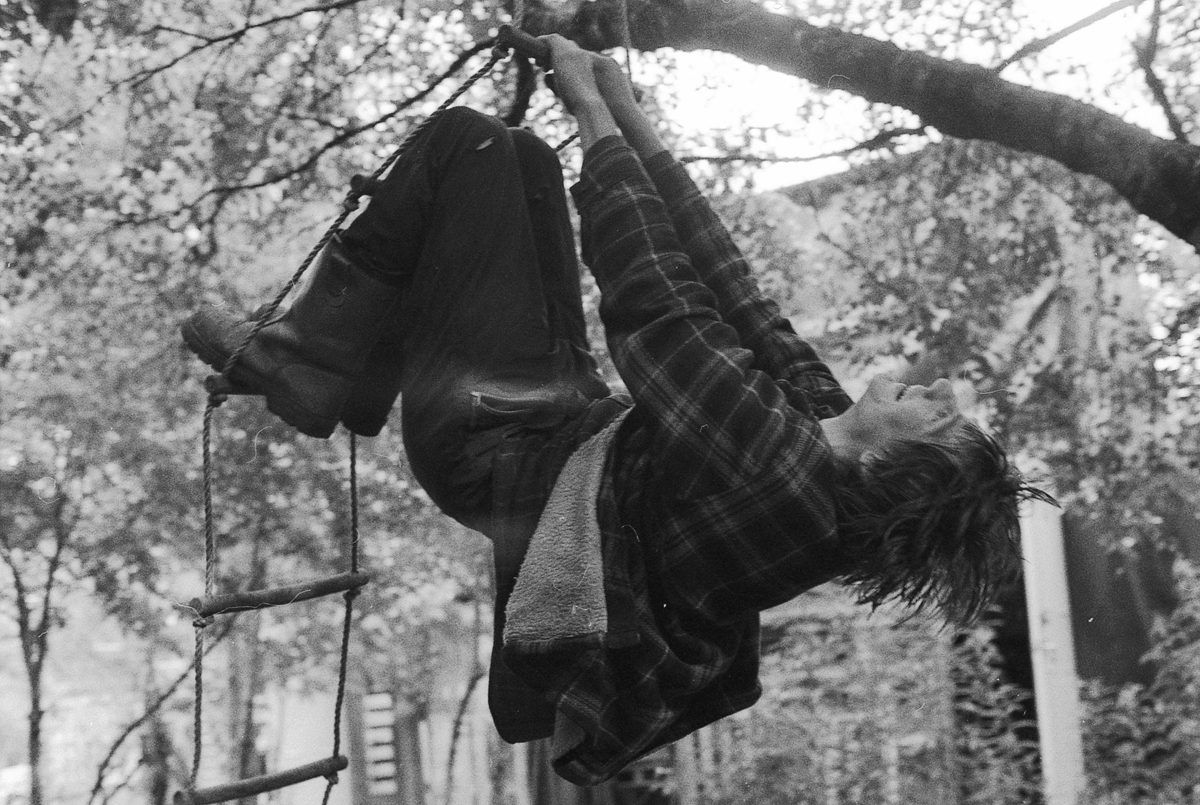 Sagar Kharecha is a British Asian photographer, focused on documentary storytelling with a fascination for community, spirituality, socio-political movements and his hometown of Milton Keynes. Shooting primarily on 35mm film, Sagar also works as a member of New Exit Group collective who have recently released their debut zine: BARDO.

I’m proud of my contribution to New Exit Group’s debut zine BARDO which can be found here: http://www.newexitgroup.com/print

One of the aspects that took me perhaps the longest to understand about black and white film photography - but...
Read More

The star of this week's #ilfordphoto #fridayfavourites #35mmpanf theme is the slowest film in our collection. ...
Read More