As a child I fell in love with the magic of the darkroom and of making Gelatin Silver prints. Watching a print develop fascinated me. In high school I had access to a darkroom working with 620 film (2.25 X 3.25 inch roll film.) and, consequently, I studied photography at Rochester Institute of Technology, School of Photography & Syracuse University School of Journalism. Studying with art-photographer Minor White opened my eyes to using photography as an art form. Minor helped me see beyond the objective subject and provided the teaching to see and include the chi or vital life force of the subject into the photograph.

Ever since I have worked in many different aspects of photography. Printing enlargements in a commercial photo lab provided some real-life skills. Working as a book designer trained my eye to communicate with shapes, forms and photos. Photo editing sharpened my ability to choose the best images to reach an audience. For twenty-five years I owned The Weiler Photo Gallery, where I sold my monochromatic Gelatin Silver Prints. The gallery, on a dock over Gloucester Harbor, was surrounded by a fleet of commercial fishing boats, sea gulls and morning fog.

A dream came true when in 1976 I was able to visit and photograph Afghanistan for several months. I had become interested in Afghan culture on a 1964 trip to Turkey. These photographs of Afghanistan have been exhibited at the Berkshire Museum & Tufts University, School of Law & Diplomacy. Much has changed in Afghanistan since 1976, yet the deserts and mountains remain and the Afghanis’ fierce desire to govern themselves remains strong.

I started my visit in the western city of Herat. In the fifteenth century Queen Shad founded a famous Madrassa (Palace) which became a major learning center for poets, philosophers, and artists.

The constant wind-blown clouds of sand and dust in western Afghanistan provide a look of other-worldlines. Two-wheeled, horse drawn carriages served as taxies. The horses tack was decorated with red pom-poms and bells. The photograph captioned ‘Prayer Hour’ depicts two men walking in the shadow of one of the Madrassa’s minarets with dust clouds billowing around them.

Traveling eastward to Kandahar I passed many nomad encampments with black tents surrounded by their camels. Kandahar was rich with farms growing cotton, grapes, melons and apricots. Swerving northward to Kabul I was able to photograph a game of Buzkashi (Afghan Polo).  The horsemen try to drop a dead sheep inside their opponent’s goal. The rules are very loose. A wild game claimed to be the model of our polo games!

In order to travel to Nuristan, my last destination, I needed to get travel permits from my Embassy and the Afghan government. After days of endless red-tape I was finally on my way to Nuristan, which although part of Afghanistan was treated as a separate country. Continuing eastward to Jalalabad I woke up at dawn to a cacophony of camel bells. A Kuchi camel caravan swept through town with their chickens riding on top of donkeys! These nomads travel from India to Afghanistan to trade with other tribes.

I traveled north into the foothills of Nuristan’s Hindu Kush mountains. Alexander the Great’s troops had settled in Nuristan in 300 BC. The isolated mountain valleys allowed the Nuristani to maintain their own language, religion, and traditions. The Kunar River floodplain provided rich fertile soil. Farmers plowed their fields with wood plows pulled by powerful oxen.

I hitched a truck ride up to the Nuristani village of Kamdesh. At dawn the snow-covered, 7,000 meter Hindu Kush Mountains, were rose-colored, creating a glorious sunrise. The upper Kamdesh village was a hard two-hour hike. Great views but I was exhausted! The shed I slept in also had a rooster. We both woke up at 4am. Later I photographed a room being added onto a house. They piled mud and stones interspersed with timbers. At lunch time the house owner set a table with tablecloth and. chair He served me a lunch of chicken soup, bread and tea. A level of kindness I experienced frequently in Nuristan.

Turning southward I walked to Mundagal escorted by a young man with the ever-present firearm, a 30-caliber rifle from Pakistan. I stayed at the Red Crescent Station for several days. The Doctor was placed in an impossible position of not having adequate first aid supplies. He was stoic, my tears flowed after seeing some of his patients. A baby’s face had been burned with boiling water. Her complete face, eyes and mouth were covered with blisters. After they left I asked why they did not go to a hospital. The doctor said that a hospital was too costly and that the baby would most likely die.

I hitched a truck ride to Baikoti the next village. I was greeted at the truck stop by a local school teacher. He invited me to stay at the school house. I played chess with the teachers who taught me the rules of ‘Afghani Chess’. The game rules of no checkmate, we played till one player lost all his pieces. This made me think of some of the retreating great military powers who have invaded Afghanistan. In 1842, from a retreating foreign army of 16,000 one medical doctor escaped to Jallabad. The Russians left in 1989 after ten years of war and the Americans left in 2021 after twenty years of war. 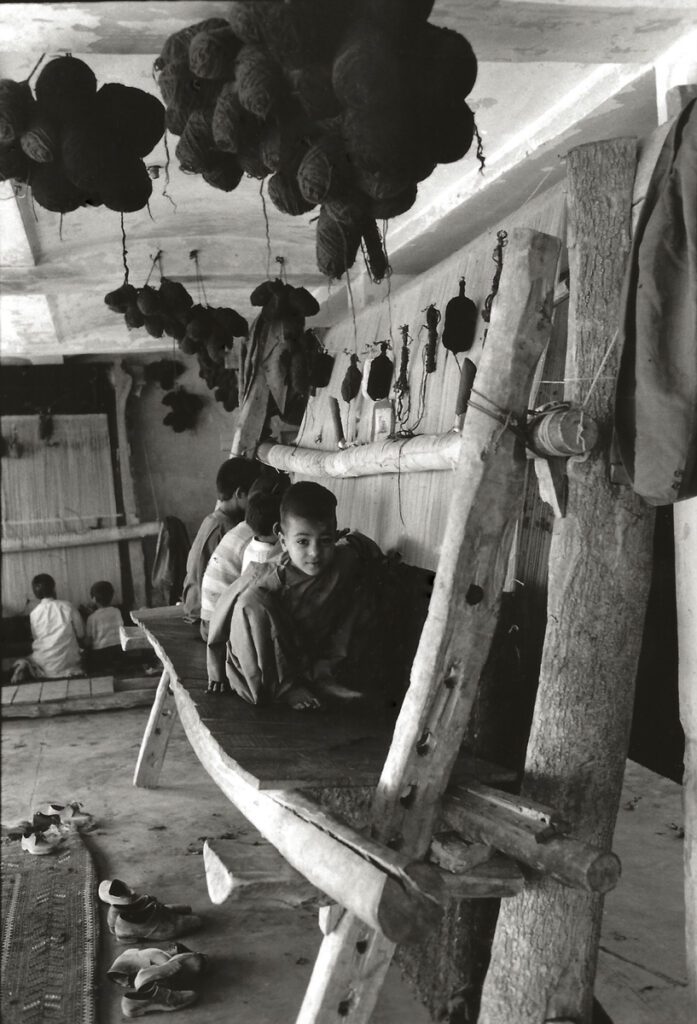 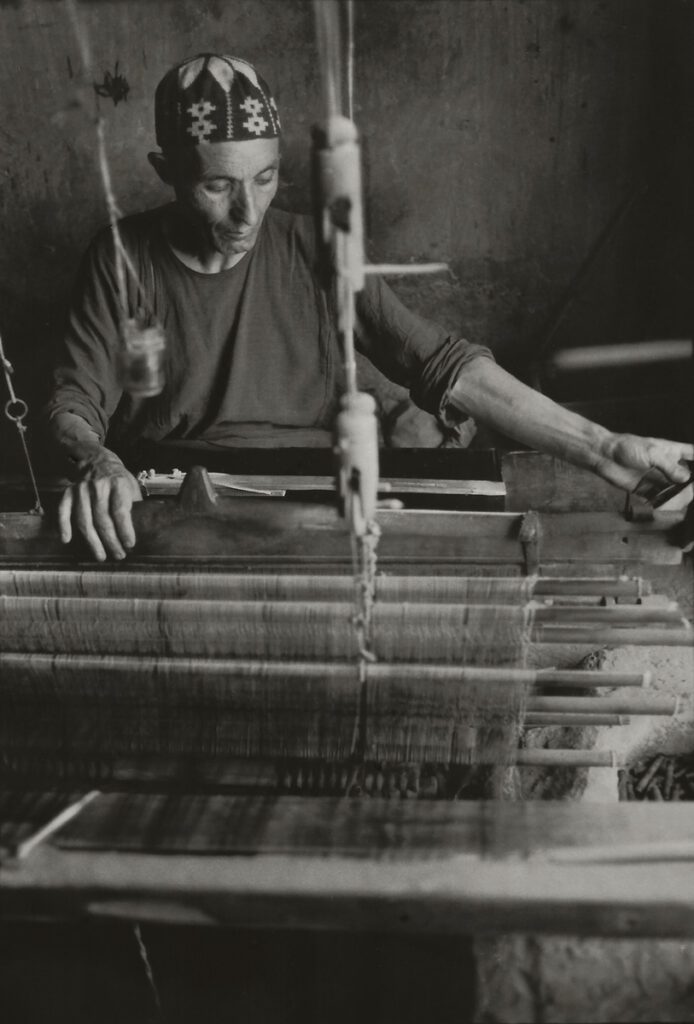 My last ride out of Nuristan was on top of a truck overloaded with bags of walnuts.and, at every steep hill we had to unload them carry them up. We arrived at the Nuristan border at 3 am. and the Afghan soldiers would not let me cross until my truck friends convinced them I was American.

My equipment included two Nikon F cameras and Nikkor Prime lenses ranging from 20 to 200mm. I always carried two camera bodies since an experience of a mirror locking up in the field. In western Afghanistan there was frequently a wind blowing with dust and sand which I tried to protect my cameras from. Stores in Kabul provided Ilford 35mm film! I have printed these photographs with a 4x5 Besler enlarger on Ilford Multigrade Paper exposed with Ilford Multigrade Filters and processed in Ilford Multigrade Paper Developer.

Not all change is better

Some things remain the same as in 1976 but, Afghanistan is now facing a major famine caused by a drought. One million children may starve to death this winter unless they receive food donations, according to the United Nations World Food Program, so the children need food! RedCross.org.uk is one of the many organizations trying to help the Afghan children . Livestock have died and crops withered.

Joseph Flack Weiler has been exhibiting his fine-art black & white photography since 1965.  From 1987 to 2011 he owned the Weiler Gallery in Gloucester where he exhibited a selection of his Equivalent & Documentary style images. He graduated with honors from Rochester Institute of Technology, School of Photography. He also studied journalism at Syracuse University and fine-art photography with Minor White.

Joseph’s work has been inspired by his uncle Stow Wengenroth’s monochromatic stone lithographs. Weiler’s photographs are in art collections throughout America & Europe.