When my teenage daughter asked visit Eastern State Penitentiary on her birthday in January 2020 for the third time I knew I had to take something different with me to capture the historic prison. Built in the early 1800's and operational until 1971, Eastern State takes up a whole city block in Philadelphia, PA. After over two decades of neglect, the prison opened as a museum in the 90's.

Eastern State Penitentiary's Gothic castle style architecture instills feelings of awe, power, and fear. I was limited by the lens I brought and couldn't capture the whole facade so I choose to focus on eerie vines creeping up the stone walls.

My daughter on her 14th birthday. It may seem strange that I felt the need to make her portrait in this place of such sadness and emotion. Her future occupation interests center around the mental health field. Perhaps someday she will make a difference in people's lives so they don't end up in a place like this.

A friend had just gifted me a Canon Rebel XS 35mm camera as she hadn't used it in many years. I thought it would be great to play around with it there. 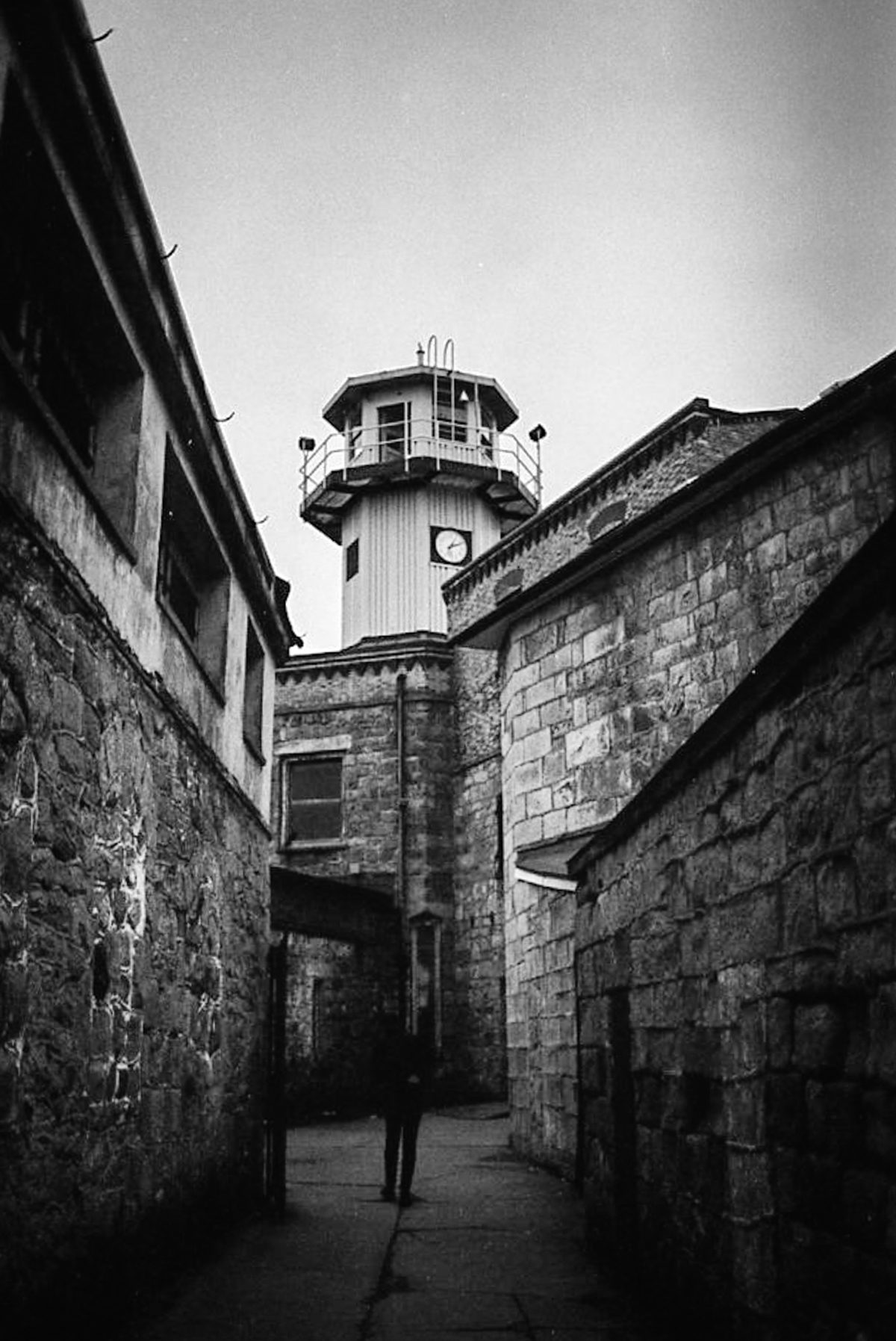 Another opportunity to photograph a shadowy subject near the guard tower. Even if you don’t believe in ghosts, a haunting presence is felt everywhere you go here. 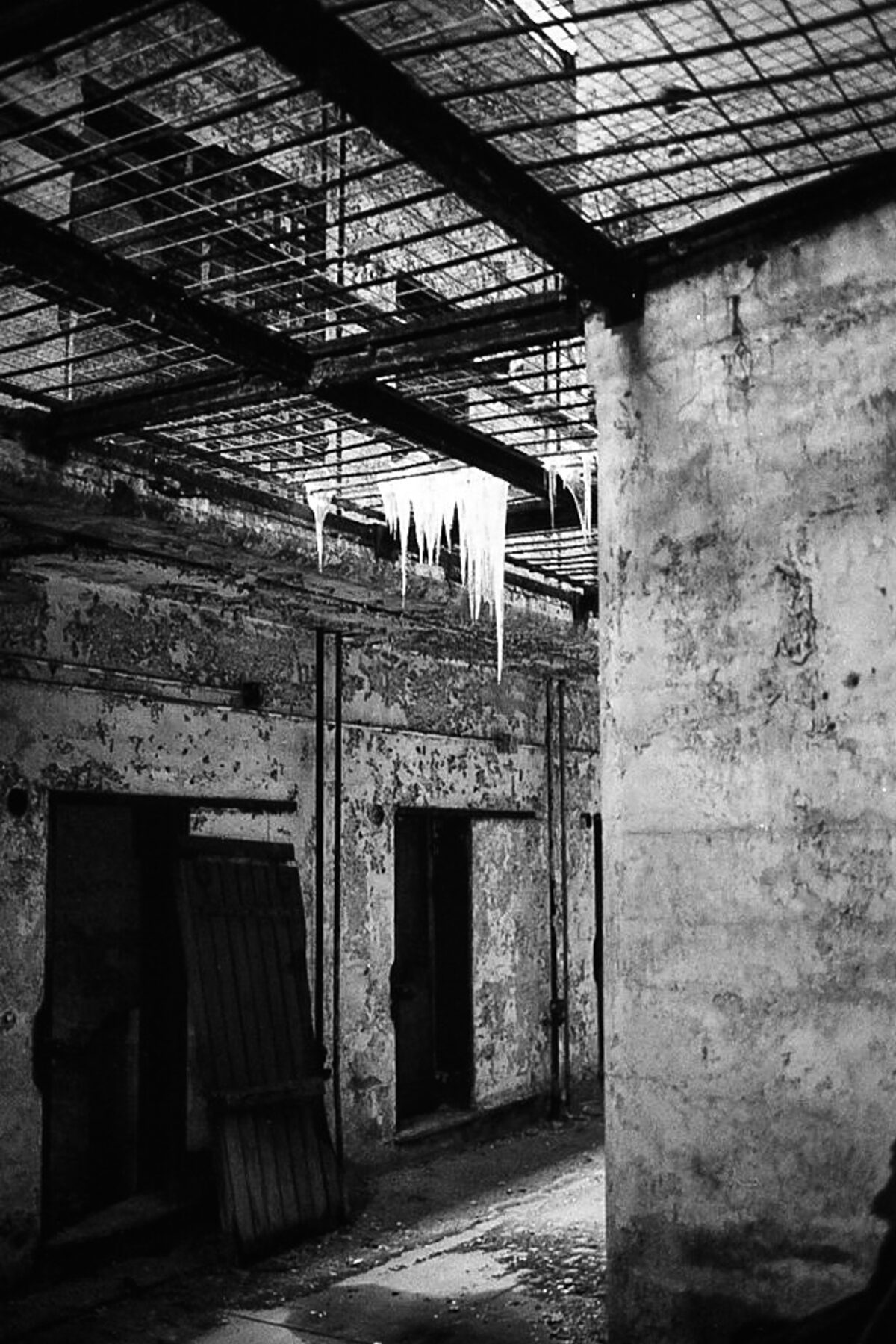 Only a portion of the prison has been made safe for visitors. Photographing through rusty bars and gates is possible to capture the most derelict areas. A break in the skylight made these icicles and the light on them caught my eye.

The only film I had on hand was ILFORD Delta 100, a film speed I wouldn't normally choose to use in a dark prison with a camera I've never worked with before, but setting the camera to aperture priority and steadying myself on walls and railings, I was able to come off with many shots that I was really happy with and fit the bill of wanting something different than the digital images I so often see on social media. 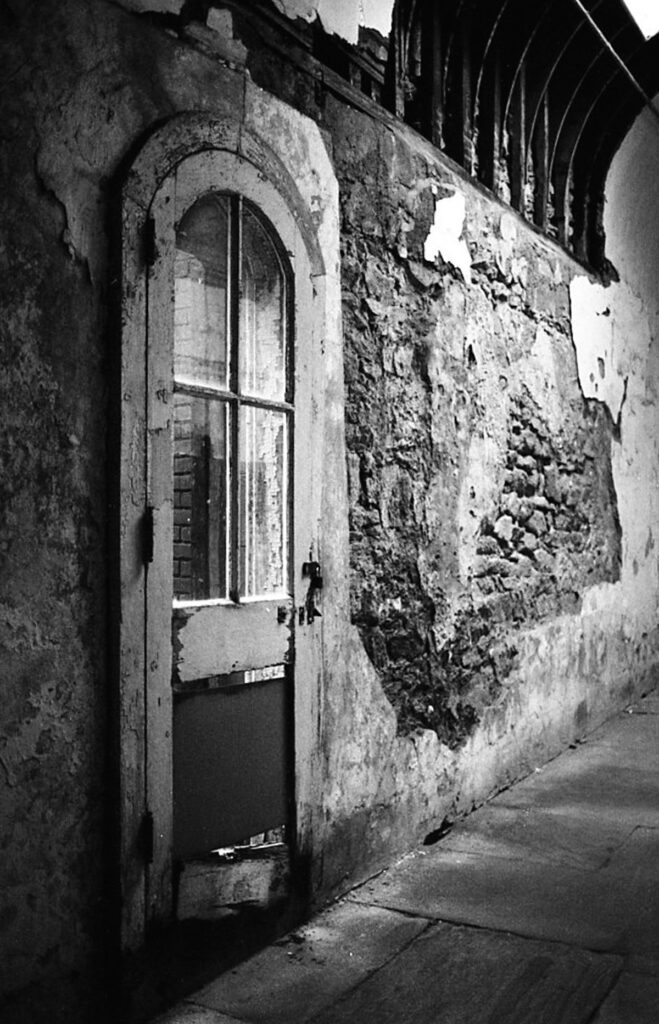 The architectural details, crumbling stone, and peeling paint are hard to pass up. Everywhere you look just enough natural light is coming in through the skylights to enhance their spookiness. 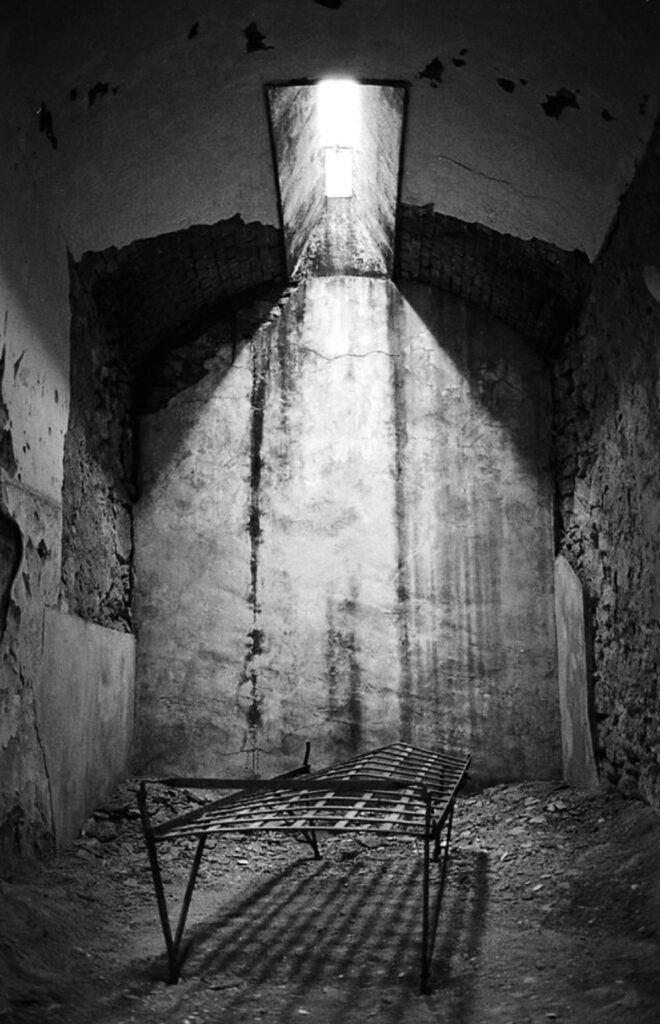 Working with 100 speed film I knew I had to seek out situations that had the most available natural light. The prison is one of the first penitentiaries in the world and designed to keep inmates in solitary confinement with the belief it would help them to repent for their crimes. Each cell contains a skylight that provided just enough illumination.

I normally like to process my black and white film at home and scan into the computer but I was short on time so I had the Camera Center of York develop the film.

The fine grain of the film and excellent tonal range were exactly what I needed.

Cell Block 7 is probably the most photographed spot in the prison. The light, arches, and leading lines make it nearly impossible to pass up this photo opportunity. I waited for a person to pass under me to take the photo. Adding the human element I felt helped to tell the story and give a sense of perspective.

Jennifer MacNeill grew up in the bucolic countryside of South Eastern Pennsylvania nestled between Amish farms and horse stables. The rural landscape, architecture, and animals feature prominently in her work. She has been published in Black & White Photography Magazine, The Sun, SHOTS magazine, and National Geographic. Jennifer shares her home with a husband, daughter, and three much loved cats.

With a choice of two films for today's #ilfordphoto #fridayfavourites #35mmkentmere theme we hoped to have a l...
Read More