I think it is adequate to say that the pandemic provoked many changes for everyone. From the upheaval of our everyday lives to the anxiety over our health as well as that of our loved ones, we all quickly realized that things would not be the same.

For us analog photographers that didn’t develop our own film there came another obstacle: how would we continue our craft when everything was folding around us? The logical course of action was to learn to process at home. After many YouTube tutorials and scouring through blogs, I finally determined that I was a little wary of using the necessary chemicals in my tiny NYC apartment. Having nothing but time, I continued my research and came across a natural method called caffenol.-My new best friend. This is a process where you can make your own developer using instant coffee, soda ash and vitamin c powder. The only catch is that it only works with black and white. There began my next cherished companionship with Ilford film. 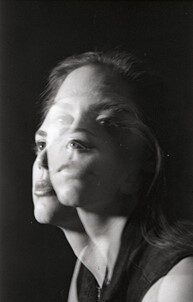 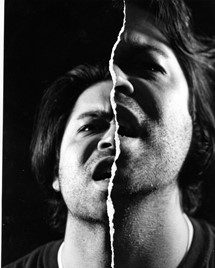 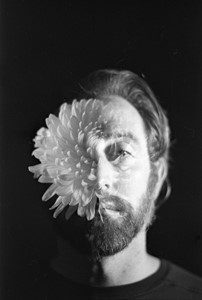 The first time I used the caffenol method was worrisome to say the least and my fears were confirmed when my roll came out blank. The 2 weeks we were told we’d be shut down was turning into months, so I went back to the drawing board. There were so many formulas out there, and to add to this overwhelming task I found that some people even used beer or red wine as developers. I finally settled on measurements and nervously tried again. This time was a success. It was the best gift I’ve ever received. After doing this many more times and still being so surprised that this concoction actually worked, I decided I needed to take another step. How do I take my images further? 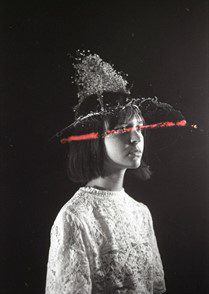 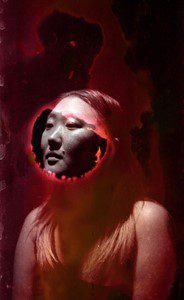 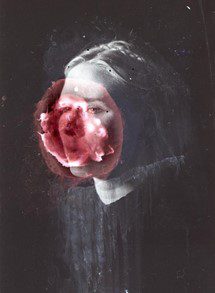 Studying the emulsion, I found that food coloring stained negatives nicely. Using paint brushes and objects of different forms I could create interesting shapes and even highlights by making some areas more concentrated. The only hurdle was trying to find the opposite color of what was intended. Honestly, that was just a fun refresher course on color theory. Next, I experimented with acrylic and found that no matter what color I used it was too opaque and always read as white. That led me to my next endeavor, which was how to make my favorite color black. Scratching the negatives was the first approach but I wasn’t completely satisfied with the results. What could I use that would corrode the emulsion? 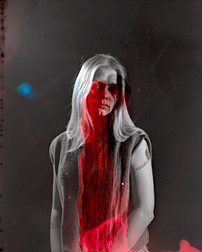 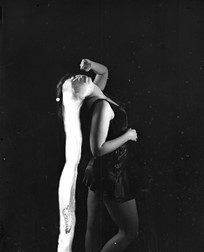 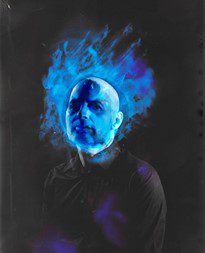 During this time, cleaning supplies were near impossible to find. But one day after waiting an hour in line to enter the grocery store; I found one small, lonely bottle of bleach misplaced in the bread aisle. The opposite of black regarding a negative was clear and this was how I was going to create it. Dipping my paint brush in the bleach I made a quick shape on the negative. I was astonished at how rapidly the caustic effects materialized. I found that the best way to control this is to delude the bleach or immediately run water over the negative. All of this was obviously trial and error, but I think mistakes can produce the most beautiful things. Mistakes can help you find your voice and shape you. I say keep making mistakes then do it on purpose. 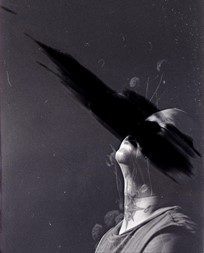 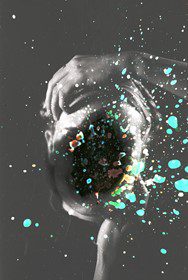 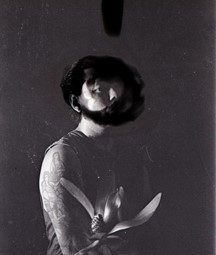 Josh Lee is a queer, Korean American artist based out of NYC. His focus is in experimental film photography and mixed media art. He uses alternative processes and deconstruction to explore new ways to enhance his images.