We are lucky here that so many of our staff are passionate about our products not just because they are proud of the brand but also because they use them themselves. Just like our 6th Behind The Film interviewee Mari.

I’m Mari Slater-Parry, I’ve been a research scientist at HARMAN since October 2018. I was originally employed on a fixed term grant through the INNOVATE UK scheme, before becoming a permanent member of the company in February 2021.

Tell us a little about your day to day role.

My job is incredibly varied but generally I research and perform experiments working on a project to produce new products for the company. That mostly involves working in the lab, reading scientific papers and some computer work, although they have occasionally allowed me to run large scale trials on our coating machines. I’m a little bit of a outlier in that I am the only member of the company that doesn’t work within the sector of photography, my project's a little different and I definitely cant tell you about it (Sorry!).

Pont Britannia over the Menai Straits between Anglesey and mainland Wales. Shot on FP4

I love taking photos of architecture, I think it looks so much prettier in black and white. The contrast between the steel and concrete, the sky and the water. It is just beautiful to look at.

I wouldn’t say I have a photographic style, or I’ve not yet grown into one maybe. More like I try out different pictures and see what I prefer. I have always loved taking photos, my phone is forever telling me off for having filled my memory (1Tb, should I be more embarrassed of this?). So as you can imagine I’ve got quite the variety of pictures. I mostly love to photograph nature, architecture, my puppies and people when they least expect it. 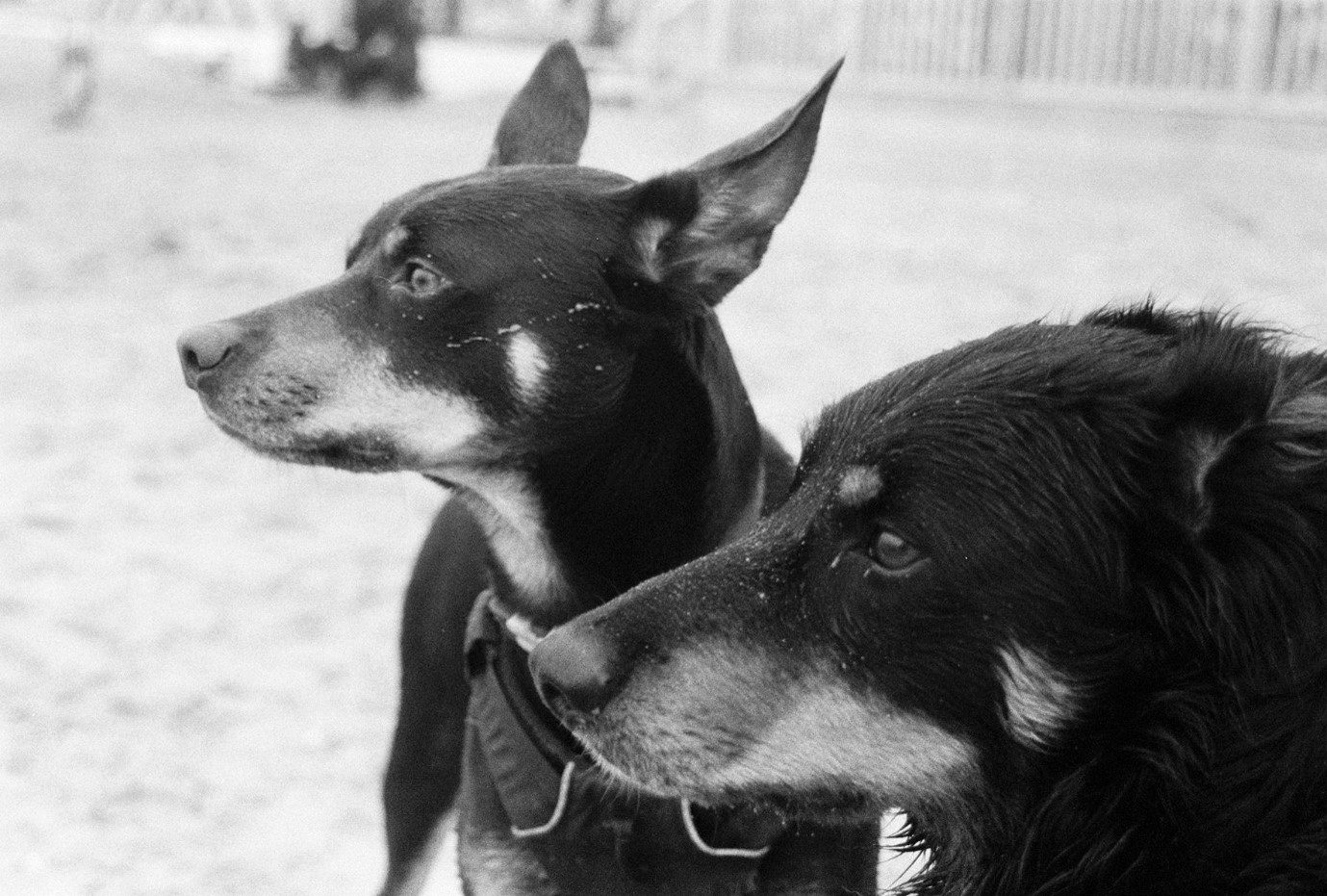 My puppies Brenin and Rwc (Front to back) on the beach, clearly interested in something in the distance. Shot on HP5. 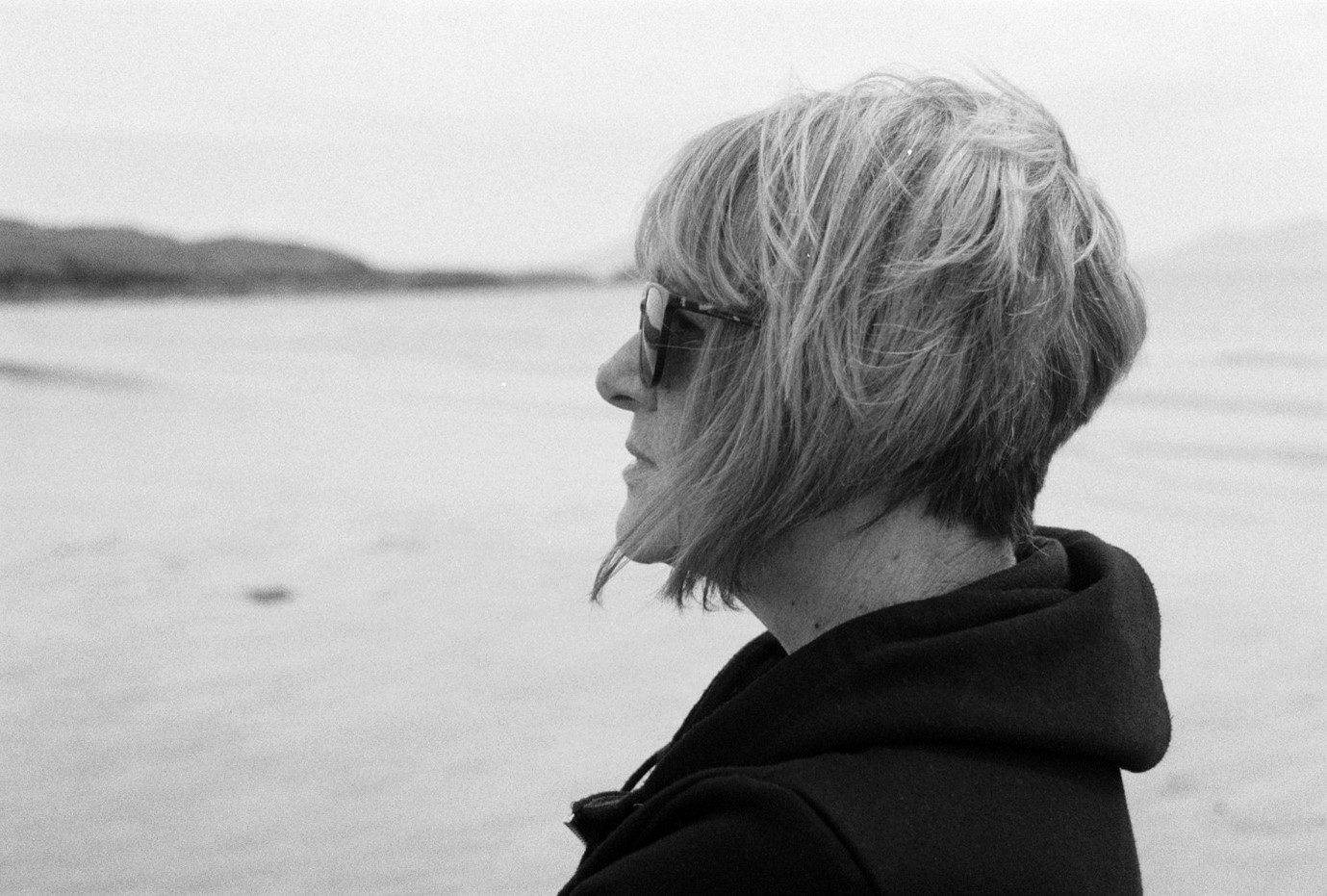 My beautiful mother on Aberffraw beach on Anglesey, she didn’t realise I was taking the photo. (Sorry Mam!) Shot on FP4.

Newbrough forest on Anglesey, one of the trails that leads to the beach. Shot on Kentmere 400.

I’m sure the mistakes I’ve made are endless, I very much still feel like I’m not really sure what I’m doing but I enjoy the process of getting better. My top mistake is probably being impatient, which results in some blurry shots with bad lighting. Sometimes these can look quite artsy like I tried to do it, but I can assure you I wouldn’t be able to repeat.

I have mostly stuck to Ilford and Kentmere film, and I prefer taking film photos in black and white. I have shot FP4, HP5, Kentmere 400 and Delta 3200.

Reflective jaguars at the lanterns exhibit in Chester Zoo. Shot on Delta 3200.

Both! I loved having a go at developing my own photos and myself and my boyfriend (James Cooper from a previous interview) often book some time in the dark room to develop and enlarge our own films. But as we both love to shoot film now we sometimes have quite a few rolls, so take advantage of  Harmanlab being on site and have them develop and scan our photos for us.

Yes I love to hold the final product of all the steps taken to get to that picture. It’s very rewarding, and it’s another part of film photography that you can enjoy and get better at. Choosing the filter, the exposure time, ensuring the grains are visible under the focus finder for those crisp lines. Film photography takes skill and has a learning curve that you can only overcome by getting stuck in! It’s so much fun.

What film camera(s) do you own and which is your favourite? (Please send us a picture of it if you can).

I’ve got a few cameras, a Canon AE-1, Canon Eos, three Zenit cameras one of which I inherited from my late grandfather who was also a keen photographer.

The back of the Canon AE-1 camera at the edge of Padarn lake, Llanberis. With the lonely tree in the background. Shot on a OnePlus 7T.

Which is your favourites film in our range? Tel us why and share a shot taken with it.

I think my favourite film has to be FP4, it’s a robust film and usable in most lighting conditions. As I said I’m still quite a novice so using a all round film like this makes learning easier.

My boyfriend James on camber sands beach, shot on FP4.

Hey! I’m Mari, I’m 29 years old and I studied my BSc, MRes and PhD in Chemistry at Bangor University. I was also a member of staff there facilitating undergraduate labs, before moving to work at HARMAN. I am actually from North Wales and my first language is Welsh although I’m told I’ve lost most of my ‘twang’ from speaking English for the most part for the last decade. I love photography, the outdoors and my dogs Brenin & Rwc, Oh and my boyfriend I suppose (I Joke!). I’m quite creative and an avid DIY’er, I can’t think of anything better than tearing something down and building it back up better. I also love to travel and hope to get a few trips in with my camera this year.