One of the things that we're regularly told by the film and darkroom community is how you love hearing about the human side of our business. In this series of 'Behind the Film' interviews we're going to help you to find out a little more about the faces behind the film.

My name is James Cooper, and I am employed as a Scientist Grade 2 in the TQM/R&D department at HARMAN Technology. I Joined in November 2019.

My Day to day it is quite varied, I personally oversee some smaller scale projects such looking at changes to product formulations, enforced or otherwise. I also assist with larger scale projects, tackling specific areas such as data analysis and generally lending my insight/knowledge to help progress towards a solution, usually with some form of hot beverage in hand or at the very least close by. I would say my time is split 70/30 office/lab work. 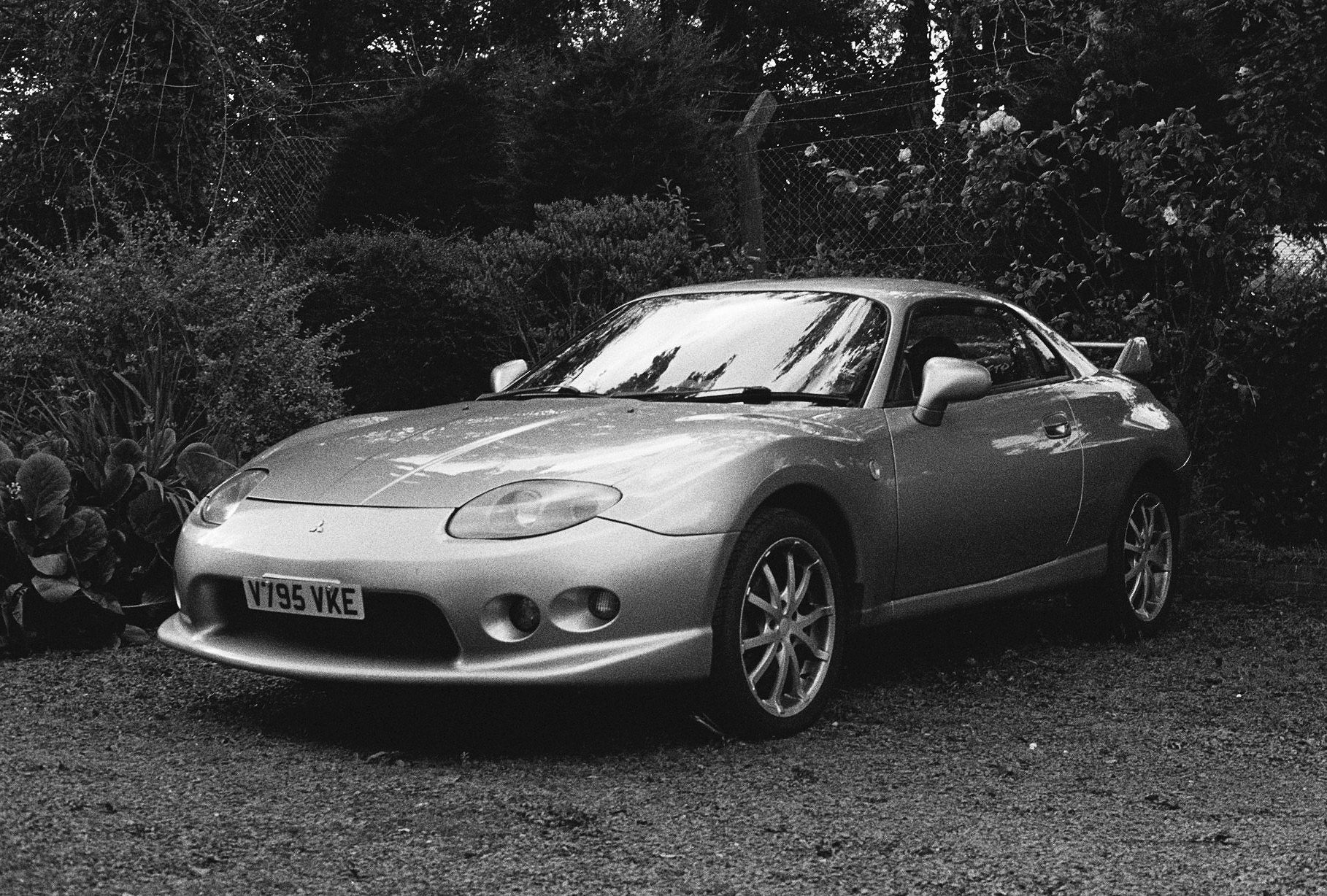 The rusty boi itself, Taken in Anglesey in my Girlfriends Nan's house on HP5+

Shot taken on ILFORD HP5+ using a Canon AE-1 Program. This is my personal favourite shot because it is one of my first shots taken of my own car, the car itself is Silver so by making the background black and white it focuses the attention on car and its lines.

I'll be honest. I did not realise that film shooting was still ‘a thing’ until my girlfriend joined HARMAN back in 2018. When I joined, I thought I might as well have a go, HARMAN staff have access to Darkrooms and printing services, staff discount, experts in photography and I mean I work in the area, I should try to understand the actual and not just the scientific. I procured a reasonable camera and lenses from [generic social media site #1], bought some ILFORD film and away I went. I am very green to the world of photography and have only just begun my journey.

Shots of my car in various locations and generally anything that I think looks interesting. I am totally green to the world of photography in general, my previous experience was being given a disposable wind along camera on holidays with my parents as a child so hardly any pedigree. I have a strong interest in older cars and now I am trying to combine these hobbies, get car working, take pictures while doing so, then drive somewhere interesting and picturesque and take more pictures. 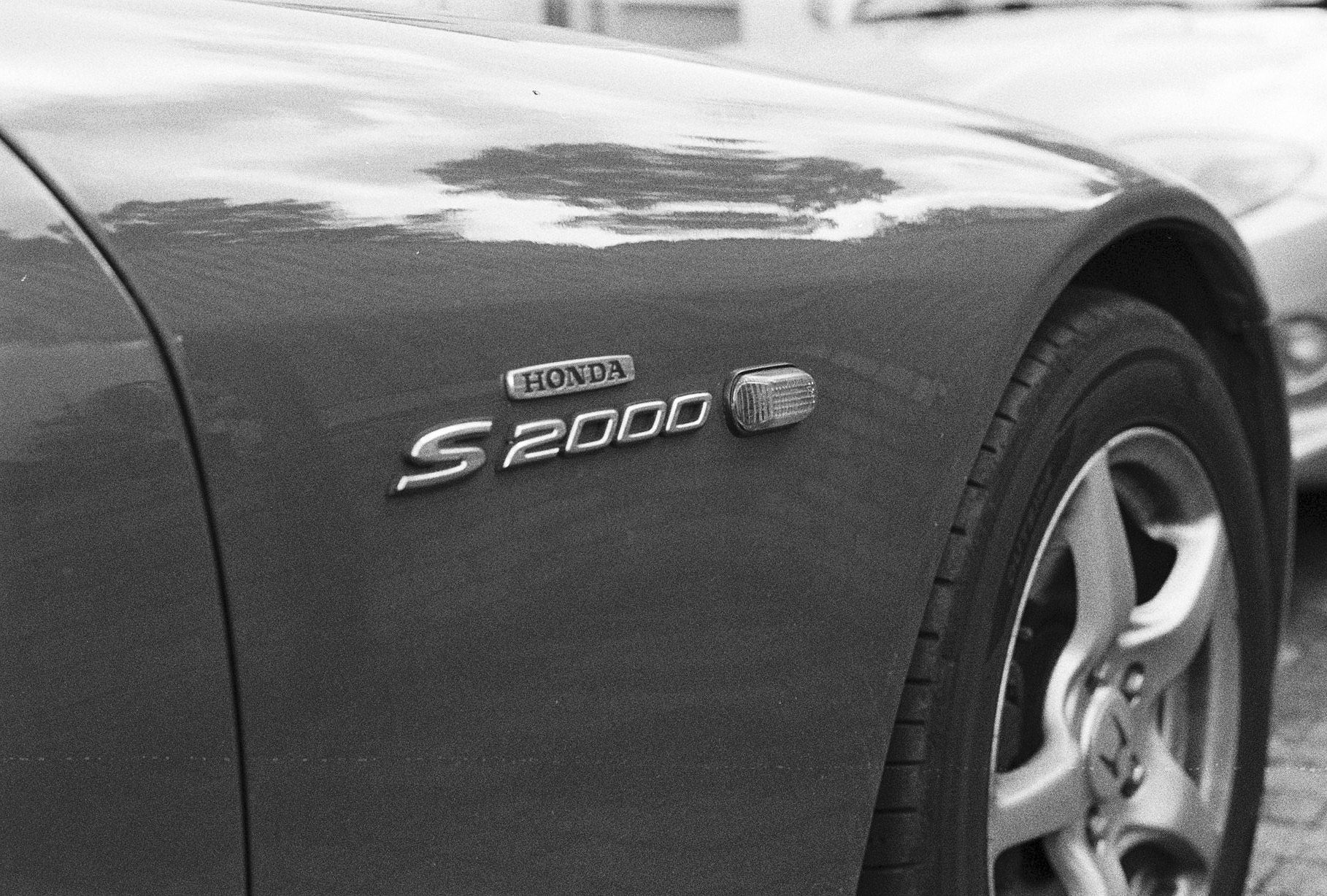 My good friends Honda S2000, a somewhat less rusty car compared to mine – Taken on their drive on HP5+ 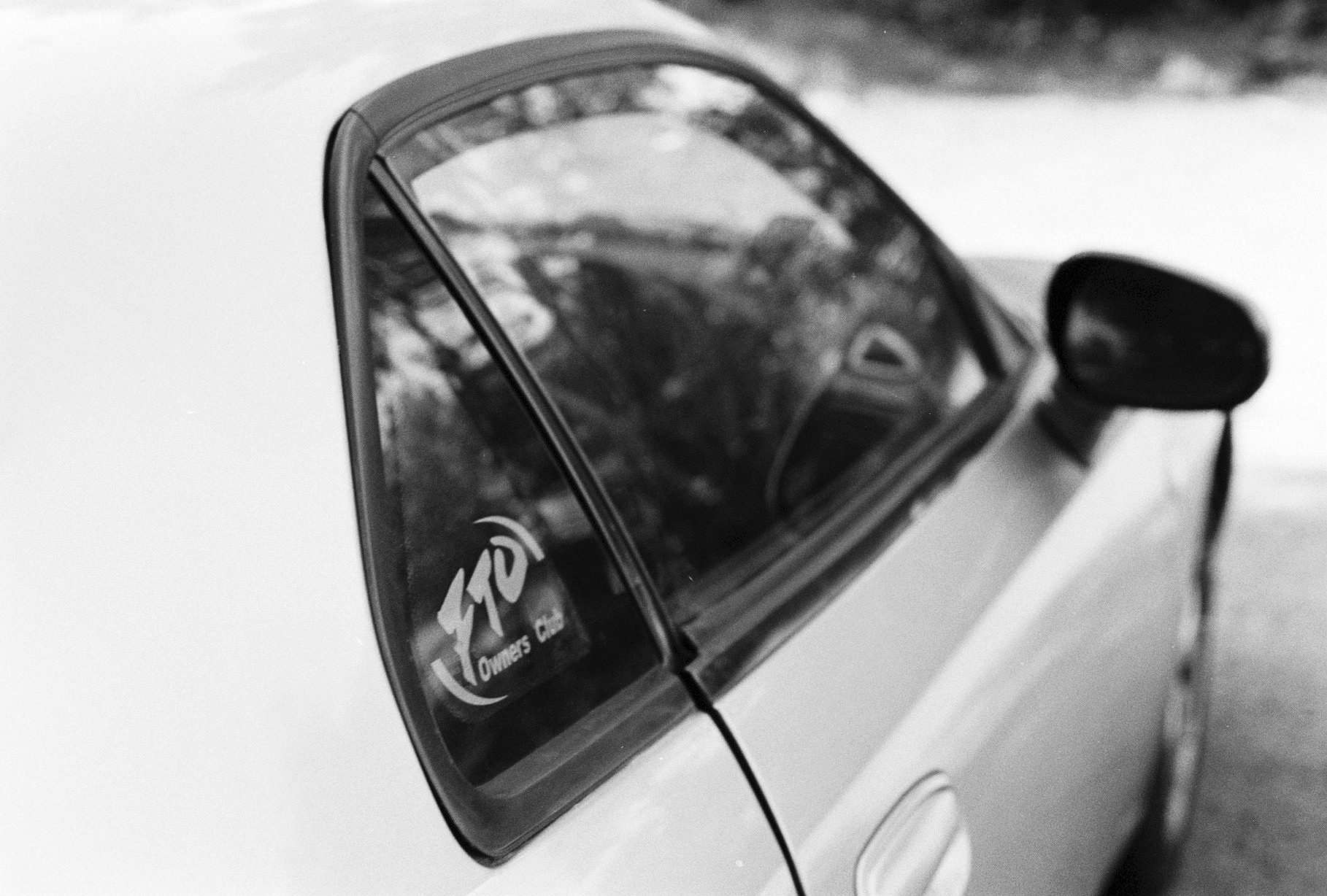 See something I like or something car shaped, or my dogs and take a picture of it 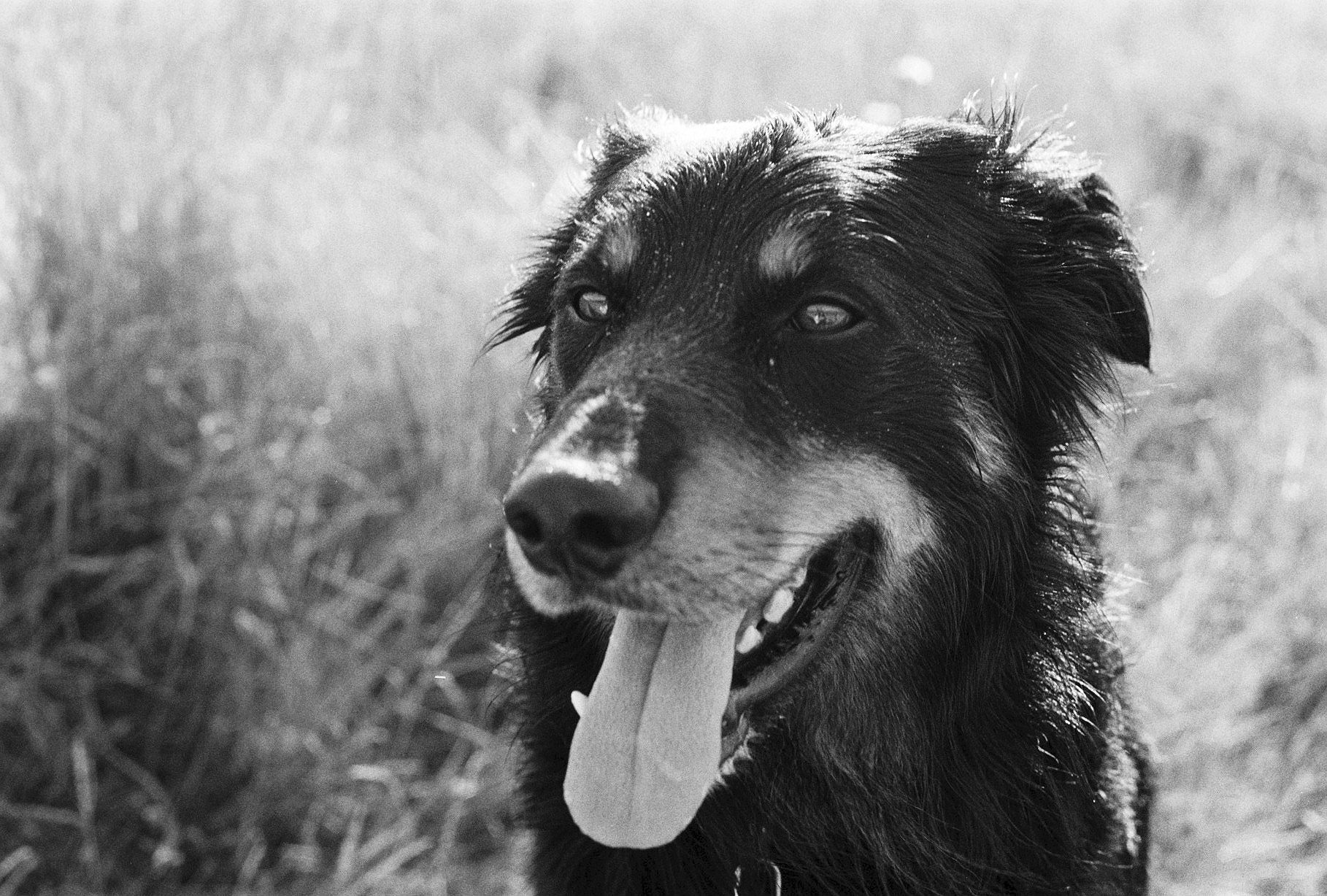 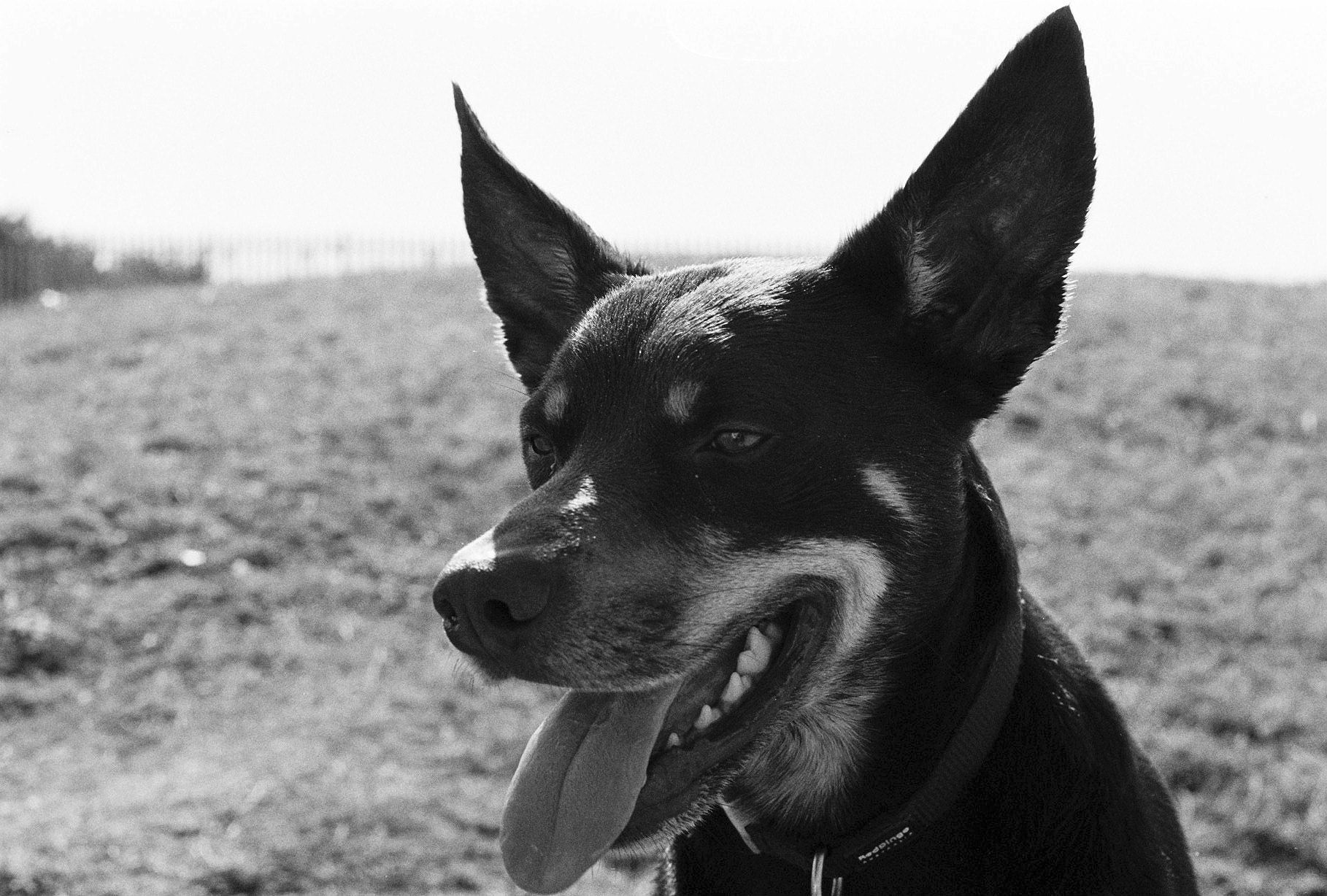 My girlfriend and I took a trip to New York in Feb 2020, I took my camera out with us and bought film while there. I had not really had a chance to use the camera beforehand and so was not particularly familiar with loading it. After ‘stuffing’ the film in, winding on a little bit and delicately forcing the mechanism to close we went out on our merry way and proceeded to enjoy our holiday and explore the big apple.

My main grumble was that during a visit to the empire state building I ended up arguing with a security officer about how x-raying camera film was bad and that they should be hand inspected and they are not an IED and no I did not want to go to federal prison for causing panic by saying IED in the Empire State Building… Begrudgingly I let them X-ray about 5 films and so had in the back of my mind worries that the film was going to be fogged. After we returned to the UK, I submitted 6 films to be developed and scanned by the team at HARMAN. As it turns out I did not need to worry about fogging, I had completely failed to load the film properly and so out of 6 films not a single picture had been taken.

How many different film stocks have you shot? (Not just ours).

I can actually name all the film I have shot so far: 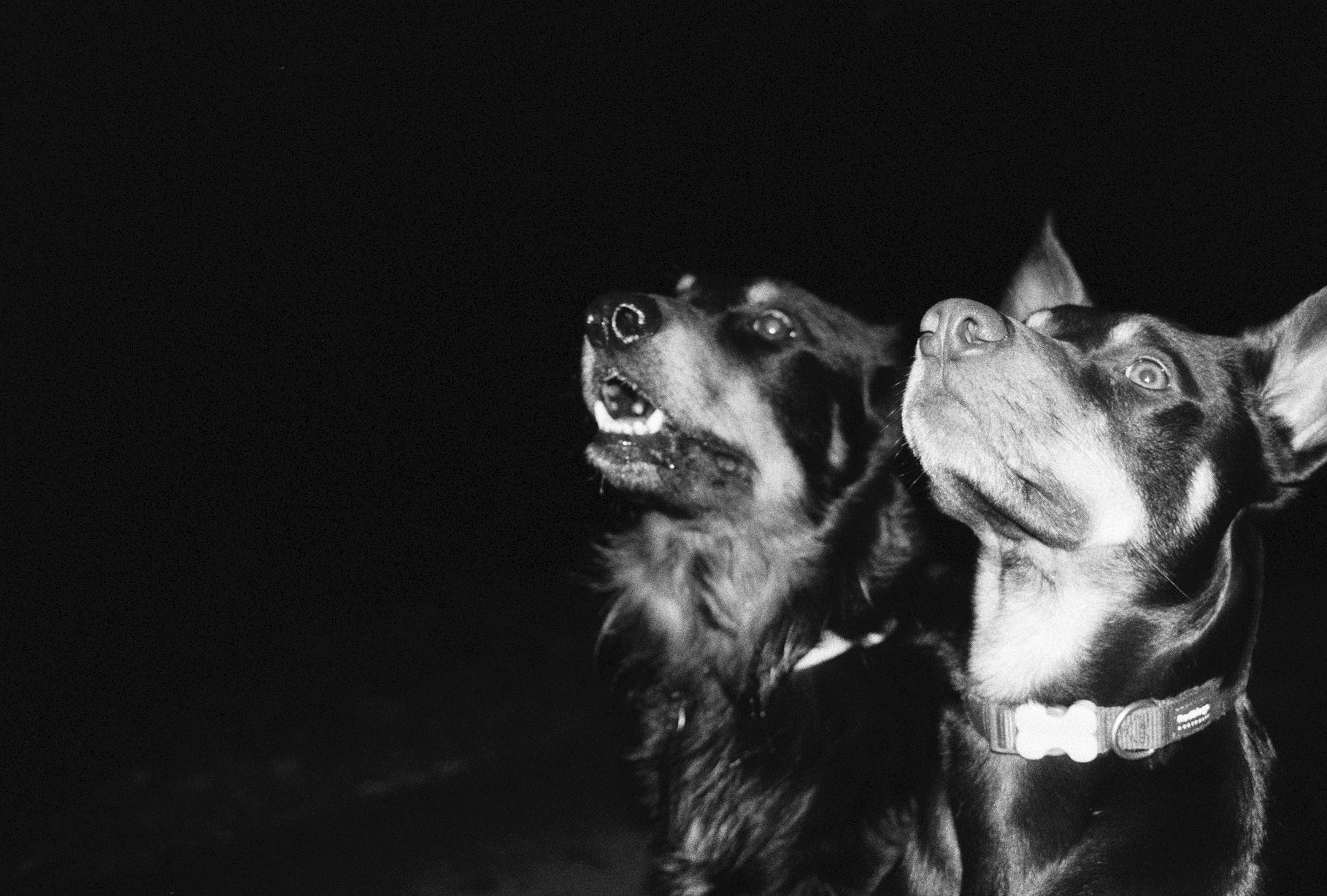 A pair of monsters lurking in the dark - Taken in Bangor, Wales on Kentmere 400

I have developed all my own films so far, the only time I have not was for the colour film which (from what a staff member of TS told me) is incredibly tedious to do by hand. I let Tech Services develop and scan the colour film so I could see the results and if anything cool or weird is happening with the expired film, sadly its fine. As of writing I have not developed my Delta 3200 film

Yes, I have. I feel like the whole process of analogue photography is split into three, the actual taking of the shot, the developing and finally seeing your shots on the negative and finally the printing of your negatives. Each step is more involved than the last. I have produced a couple of prints which have been given as gifts for family and friends and have begun to litter the house (much to my girlfriend’s dismay) with pictures of my car. Its nice to have a physical ‘end product’ of your shots, something you can hold or frame that you made as opposed to having the same shot 300 times on your phone which you might scroll past once in a while. Don’t get me wrong though, I still have at least 300 shots of my car on my phone (per day). 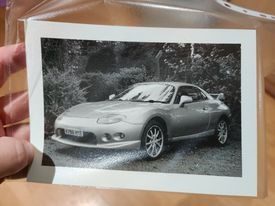 A print I made myself of my favourite photo so far, Taken on a OnePlus 7T

I own a Canon AE-1 Program with a three lenses and various paraphernalia, all bought off a gentleman from FB marketplace for not an unreasonable amount of money

Which is your favourites film in our range? Tell us why and share a shot taken with it.

ILFORD HP5+ easily, its easy to pick up and shoot in a variety of conditions and is easily developed and the prints always look great. 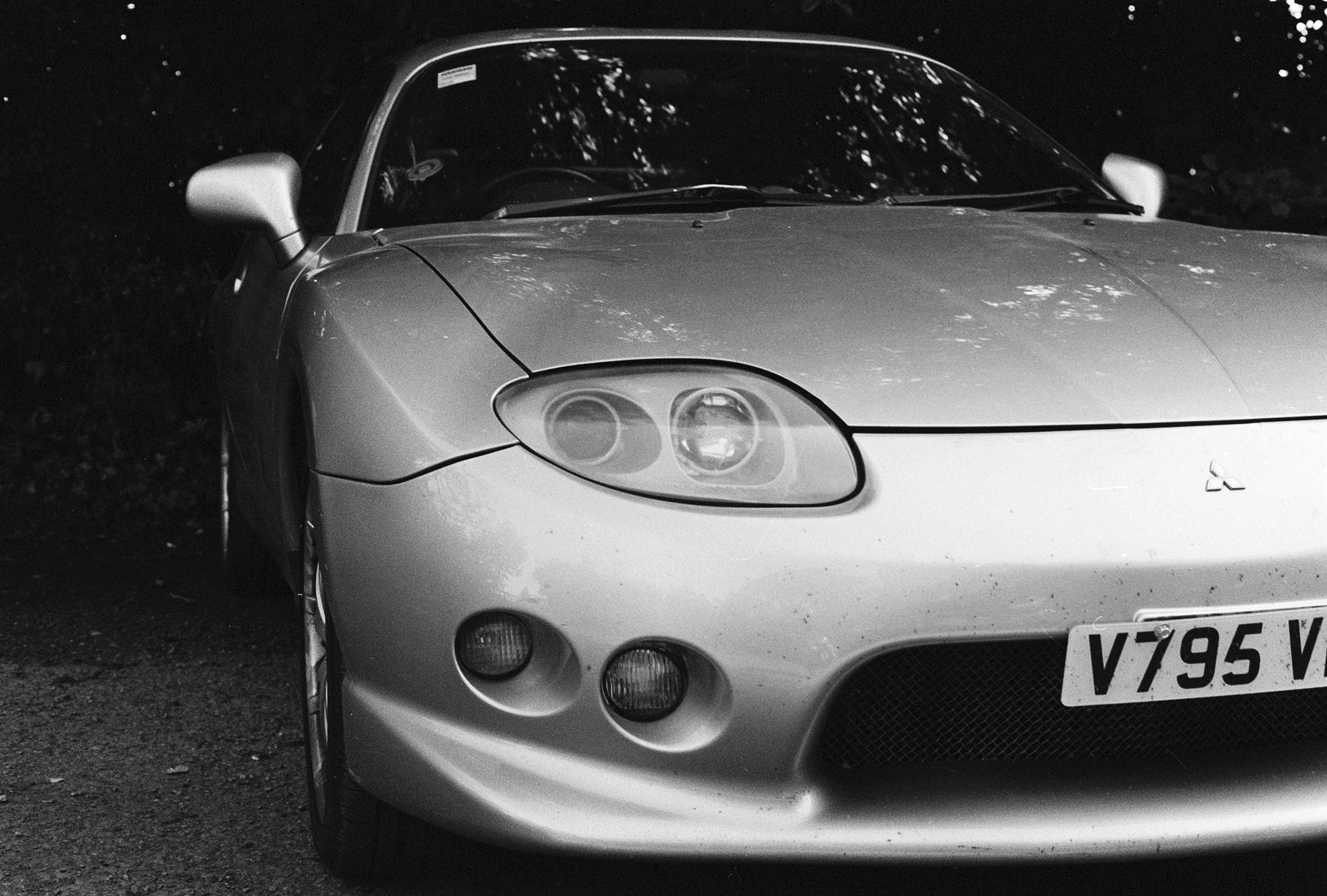 My FTO - Taken in Edinburgh on FP4+

I’m James, I am 27 years old and I studied Chemistry at Bangor University, I am the proud father of two monsters, often referred to as puppies. They are called Brenin, 3, which means King in Welsh, a Welsh Collie x Kelpie and Rŵc, 2, pronounced ‘Rook’ the word is a made-up Welsh-ism. I am a keen footballer, keen more so than good and due to being an unhealthy mix of Scottish and English I don’t really have a football team to support as I am too used to disappointment from both national teams. Over the next few years, I am hoping to become a garage owner and start to fix/work on cars before going out for spins to new and interesting locations, along with my trusty film camera.