A camera from a different era: Graflex RB Series B Posted On 5th May 2022 To Magazine, Technique & Stories

My Graflex RB series B is an inspiring and challenging camera. It promises great results but doesn't give them easily. 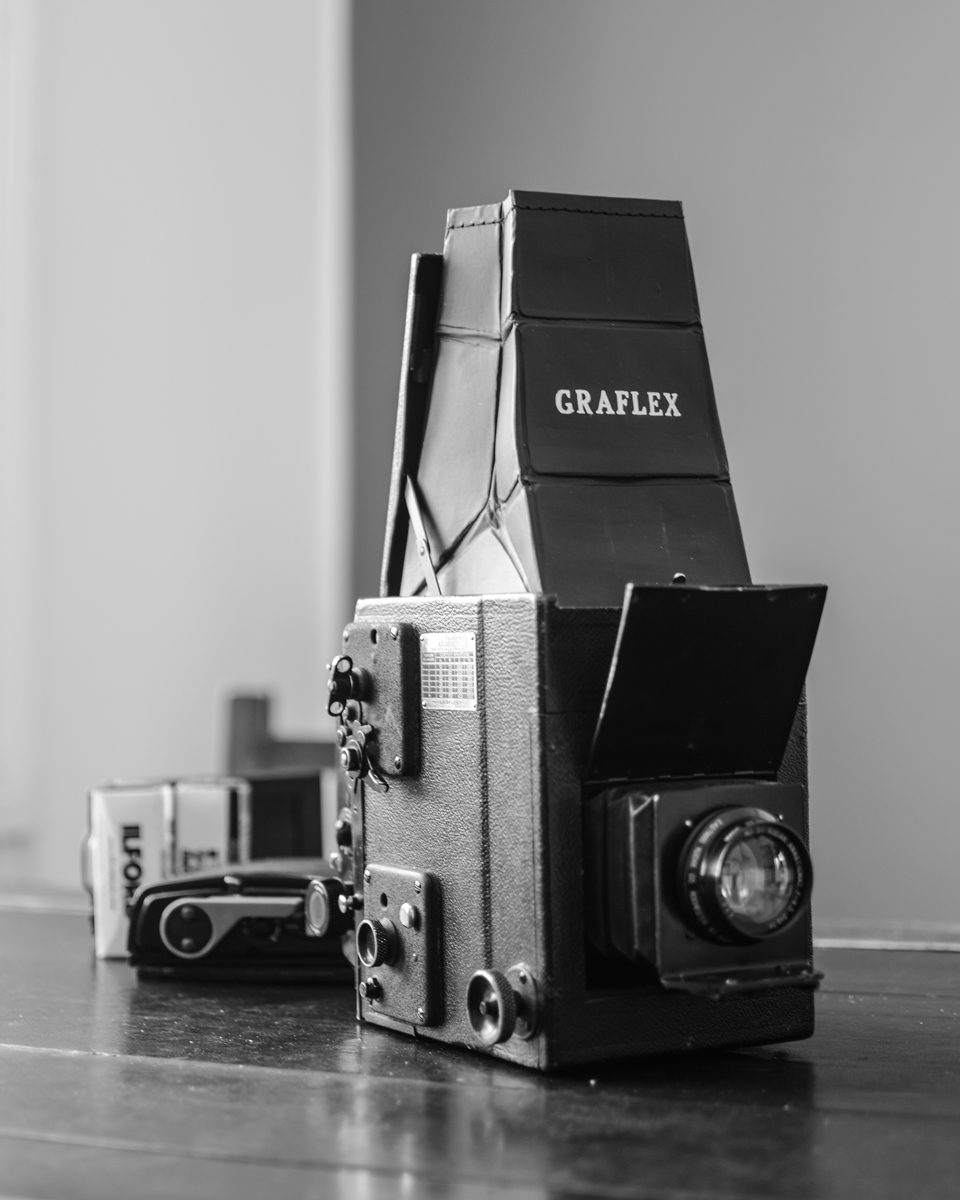 Graflex is an American camera manufacturer well known for its 4x5” press cameras, such as the Graflex Speed Graphic. Those are large-format range-finder cameras that were popular in the 40s and 50s. This Graflex, on the other hand, is an earlier single-lens reflex camera and one from which Victor Hasselblad drew his inspiration. My Graflex RB Series B camera shoots 6x9 sheet film and 120 medium format film with roll film backs. The letters RB in the name refer to “Rotating Back”, and I can take portrait and landscape pictures by rotating the film back. 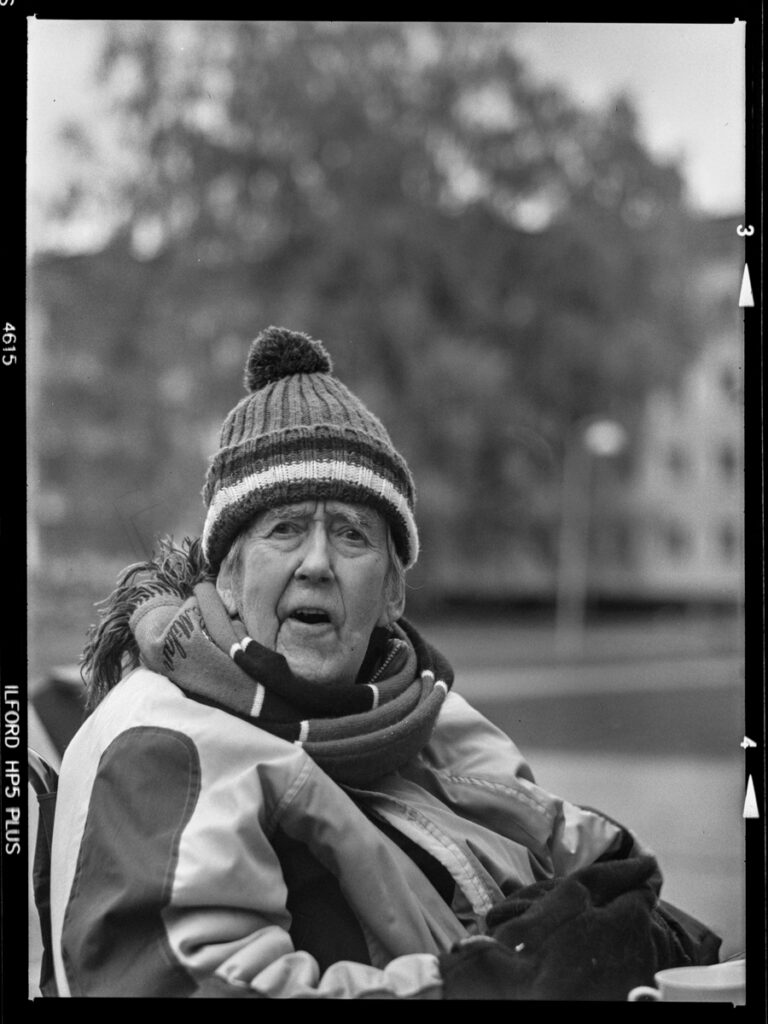 My Dad. Shot on Ilford HP5+ film, developed in Rodinal. 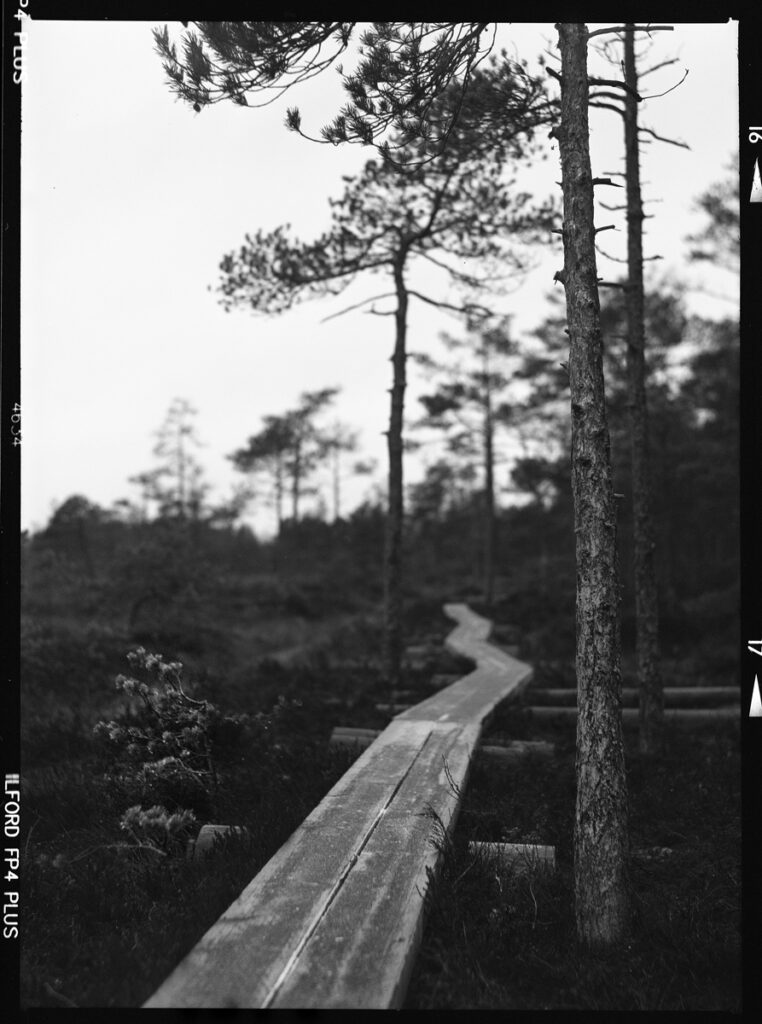 Its a Hike. Shot on Ilford FP4+ film, developed in ADOX XT-3

Six speeds of the curtain

Like the one in a more common Speed Graphic camera, the in-build curtain shutter has two adjustments. With one, you can choose four different slit sizes, apertures in the curtain, and with the other, you can select one of the six speeds of the curtain. The combination of these two, opening size and speed, defines the exposure time. Also, you need to set the speed again after every picture. Not the most simple but extremely elegant solution. A beautiful number array attached to the side of the camera shows the combination of the speed and opening and the exposure times used. 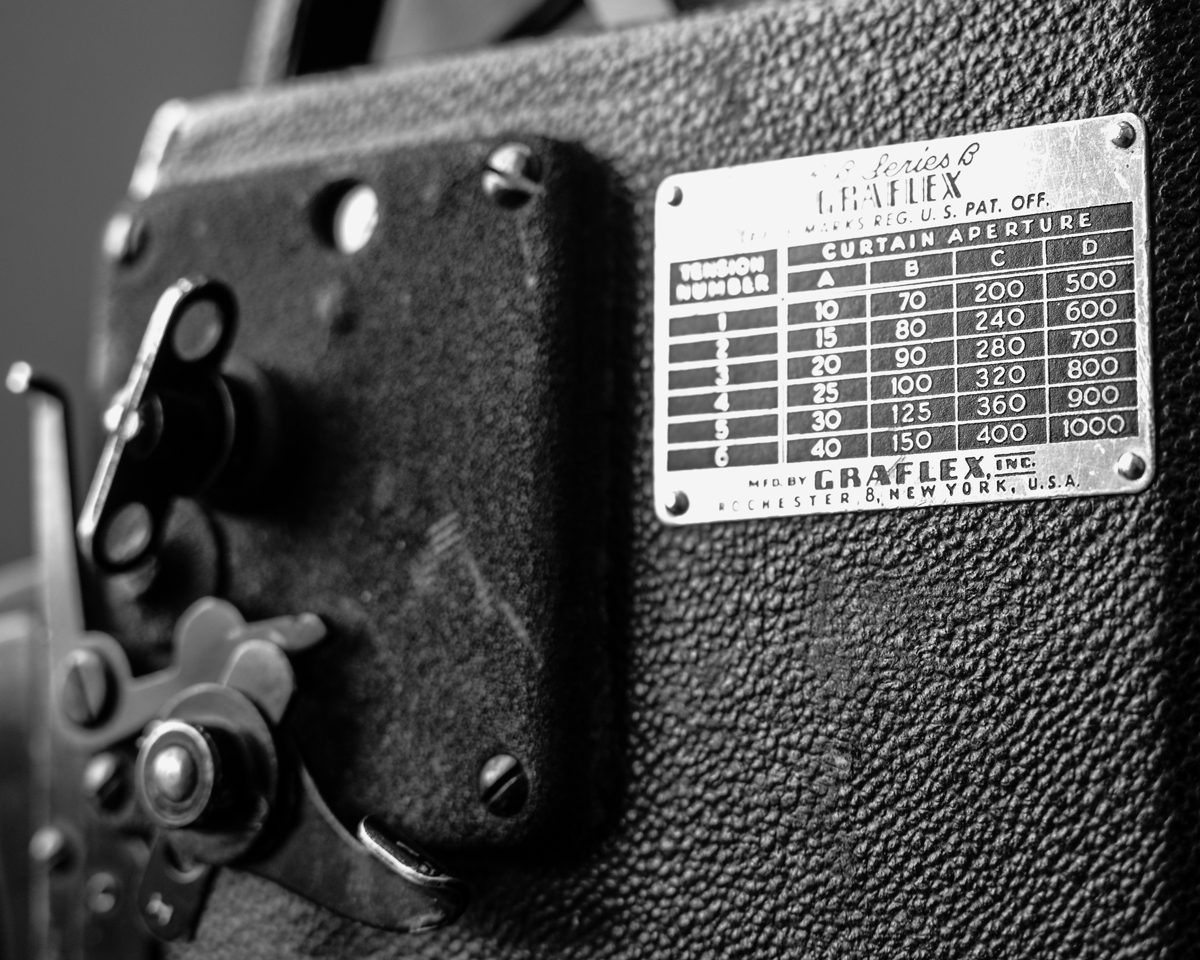 You look into a funny-looking chimney with a focusing glass at its bottom to compose. Focusing is similar to a TLR camera with a mirrored image at sight. It is surprisingly easy to learn and soon becomes second nature. The Graflex RB Series B has no interchangeable lens boards, unlike its bigger cousins. You can screw the lens on and off, but the screw mount is not any well-known standard. You, therefore, cannot easily find lenses for this camera. I only have a Kodax Anastigmat F4.5, 5 1/2 inch lens, probably the most common lens found in these cameras. 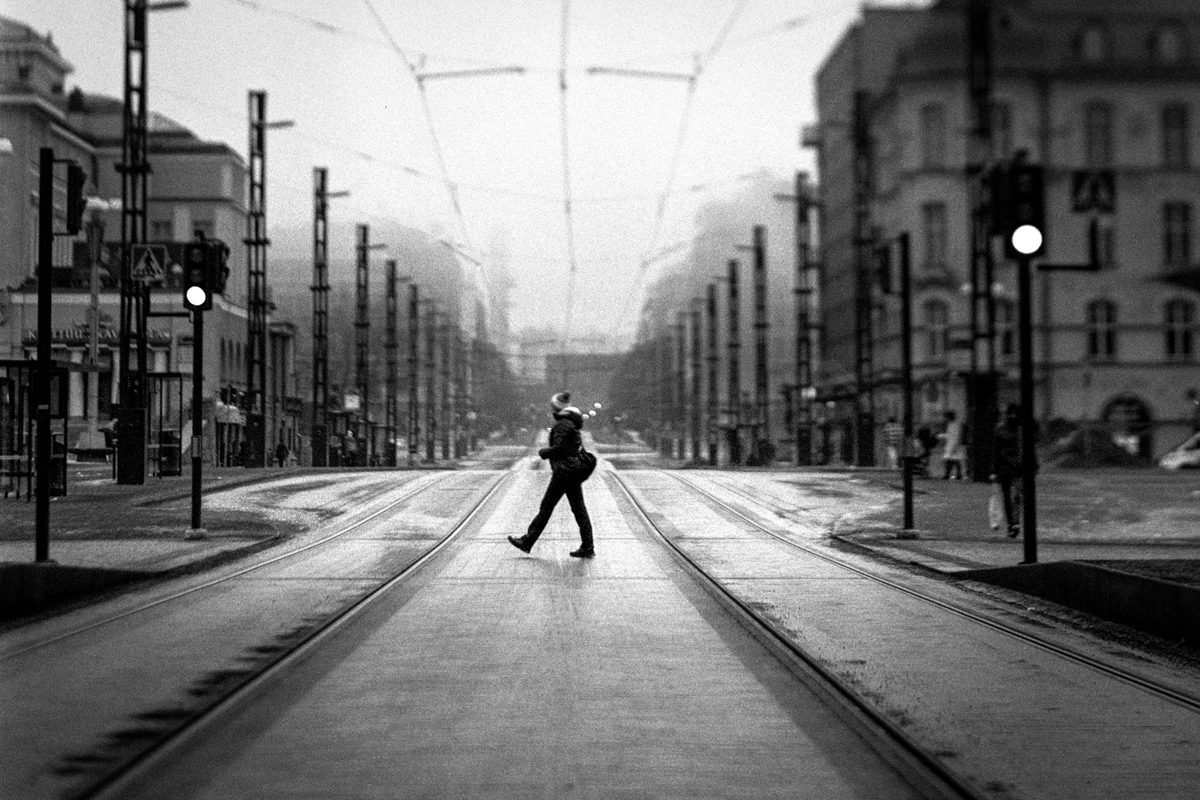 This camera is clearly from a different era, and it oozes character. But it is also very demanding. It has no assisting automation, and it won’t prevent errors. It doesn’t measure light, move its mirror up automatically, move the film forward – well, it doesn’t even remind you about such things. It lets you do anything you want, even make mistakes. 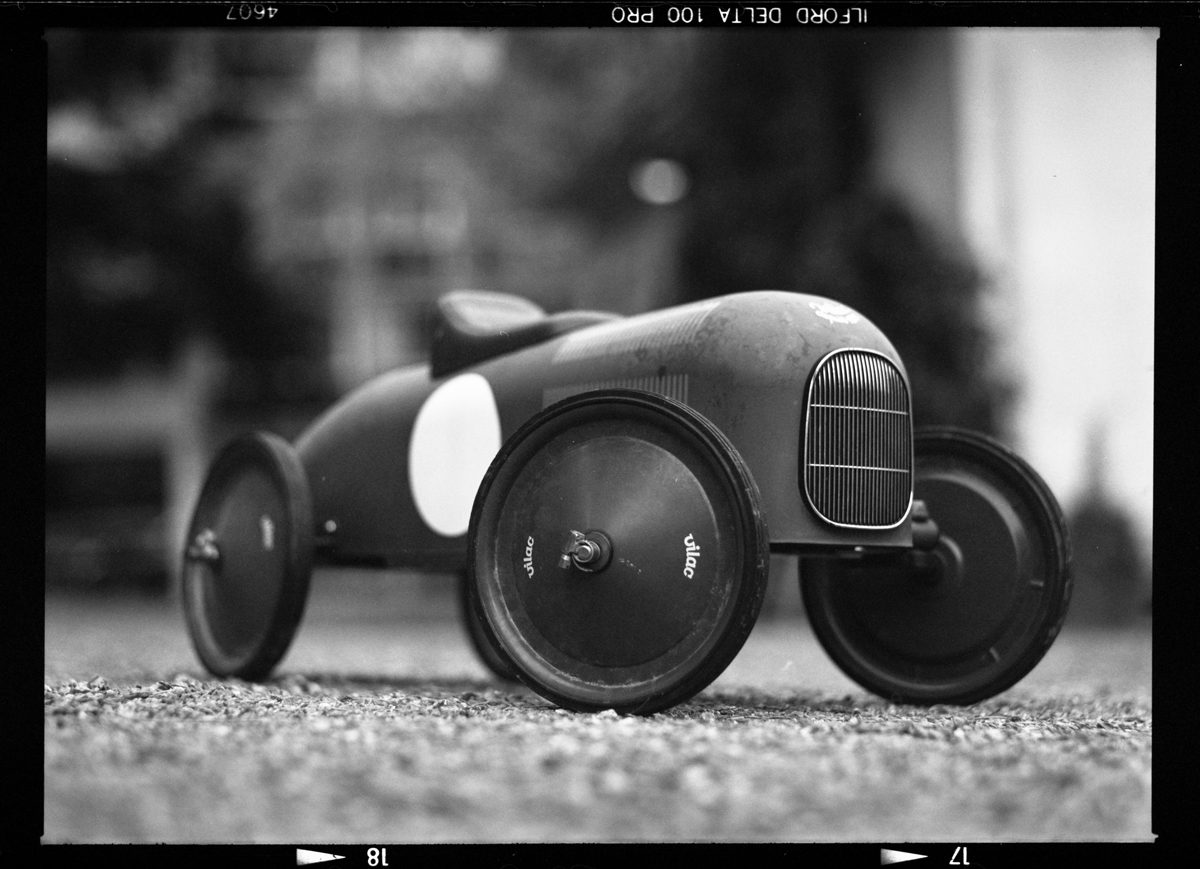 It's a Toy. Shot on Ilford Delta 100, developed in Rodinal

A Graflex RB Series B is a good quality camera when used as intended. Its big 6x9 film size is suitable for demanding situations, and the lens is contrasty and clear. However, my Graflex is even better when used as not intended since the lack of nanny functions lets my creativity run wild. One of my favorites is free lensing, either by using the camera’s own lens or even some foreign lenses like my Soviet-made Jupiter 11 lens. An in-build shutter allows free lensing with almost any lens.

The bellows focusing is easy with the lens attached to the camera or just held in place with a hand. The challenge, though, is that with its long light path, many lenses won’t focus to infinity. You can use them only for close-ups, portraits or even macro photography. But then again, the long light path makes it easy to prevent light leaks during free
lensing. And that’s a huge plus! 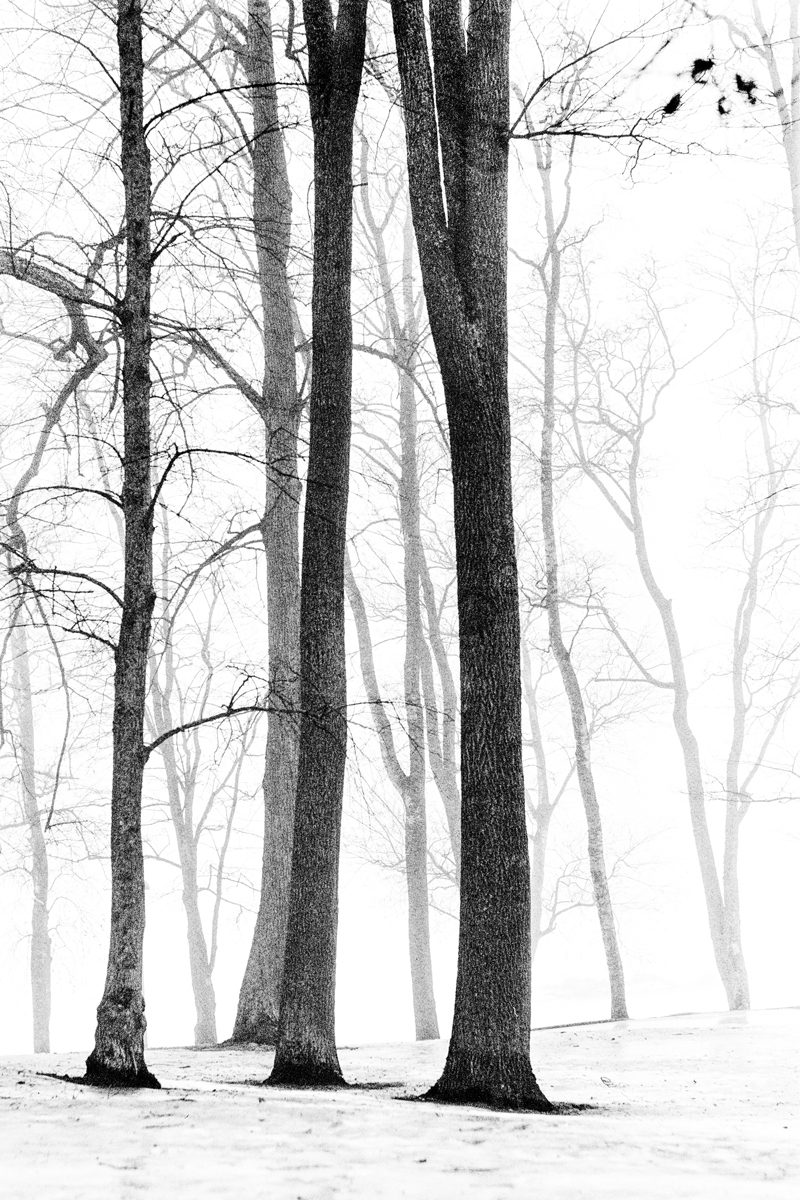 Another exciting effect is multiple exposures. As the shutter and the film back are not connected, I can quickly shoot as many frames as I want on top of each other just by not advancing the film. The camera won't mind. I have all the freedom and flexibility. 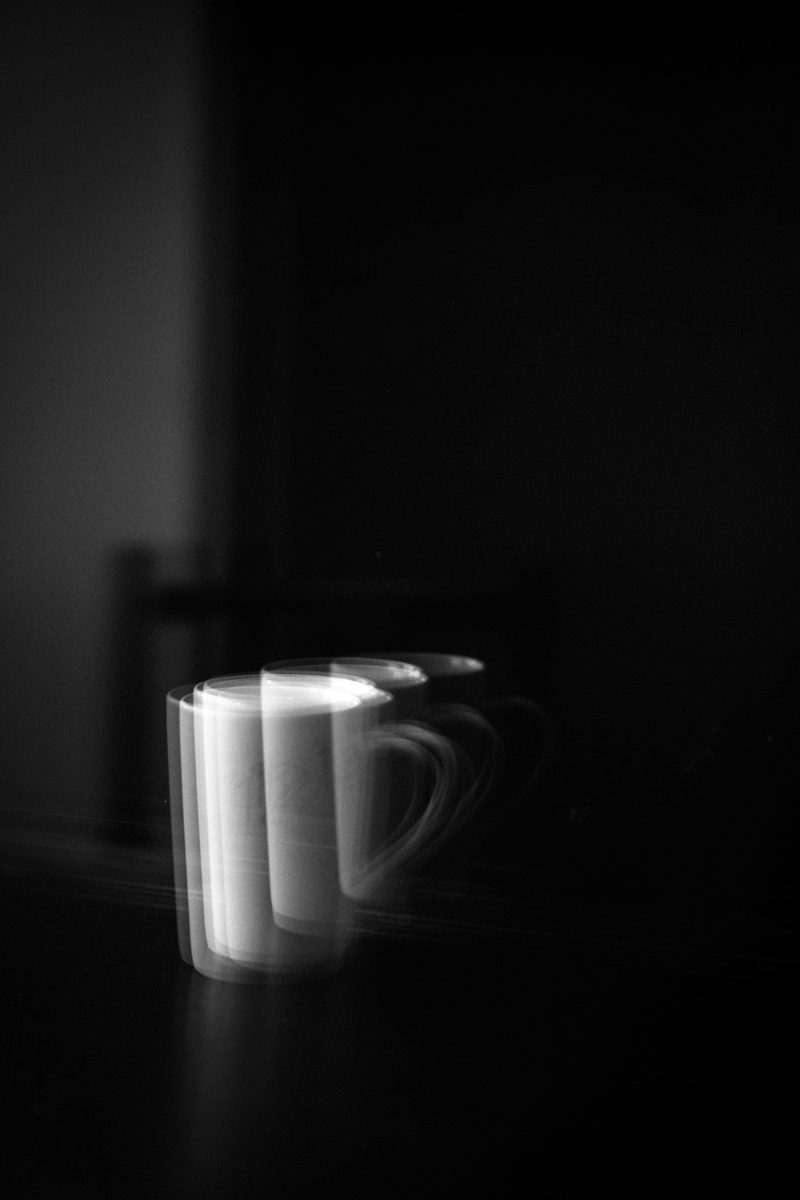 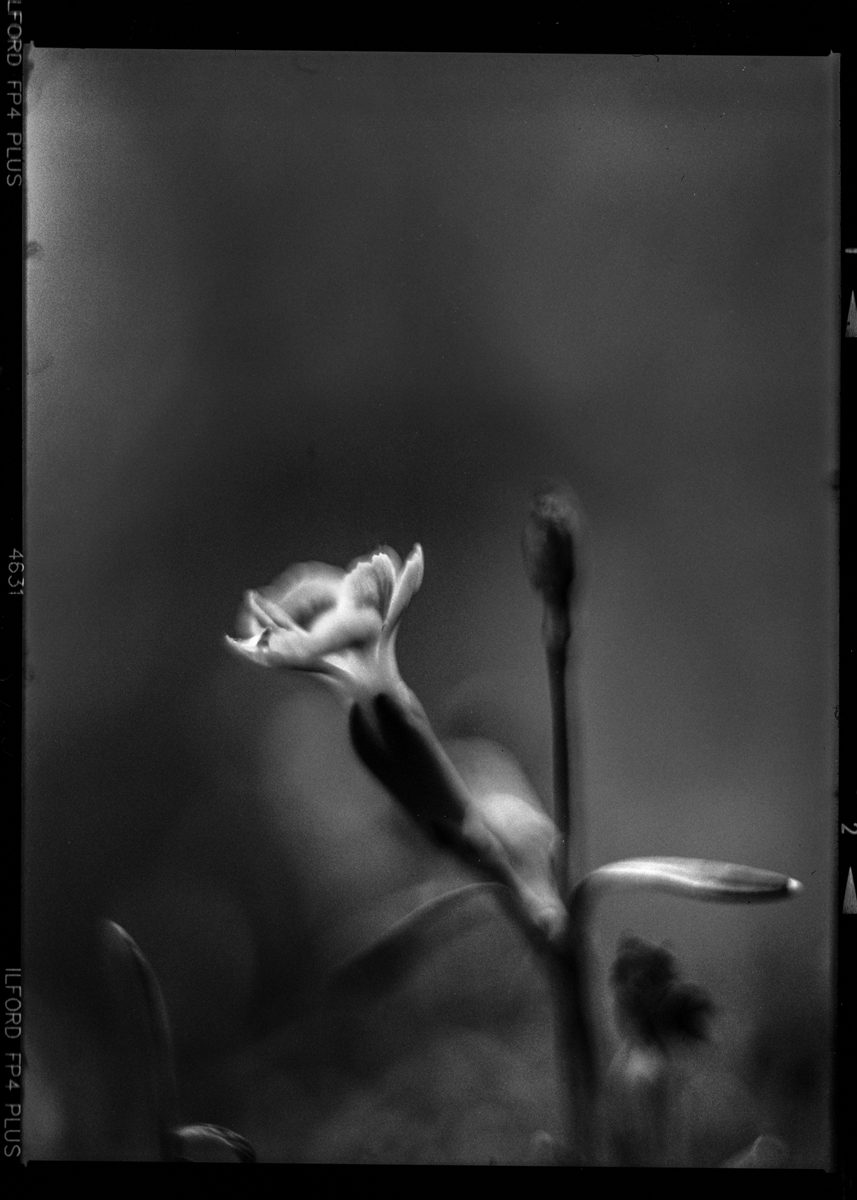 I just love cameras like this. A primitive mechanical construction provides complete flexibility, and little automation offers creative ways to misuse the camera. And that's what I love in film photography: I can select my own path, even a wrong one if I so choose. Algorithms or mainstream designs do not limit me – a valuable treat these times! 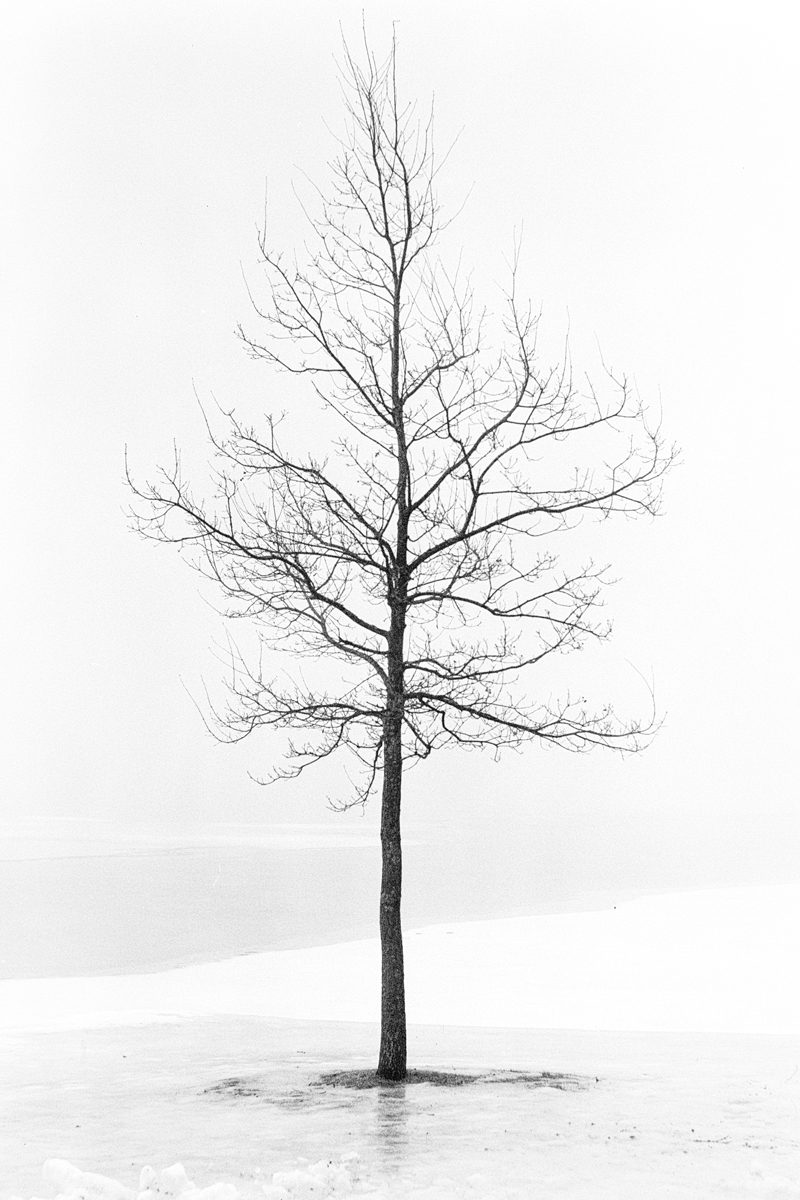 No Algorithms. Shot on Ilford HP5+ film, developed in Rodinal.

Ari Jaaksi is a Finnish photo artist. He draws his inspiration from nature and people around him. He shoots mostly on film, and uses different cameras, techniques, films, papers and processes. In addition to photography, Ari Jaaksi is a global executive, professor, and an investor.