Since the 1950s, over half of traditional orchards in England have disappeared. This is due to development, conversion of land to other uses, and intensive farming. The Orchard Project is dedicated solely to the creation, restoration and celebration of community orchards. Working in collaboration with the national charity, I visited sites under restoration. I created pinhole cameras out of apples at each location.

Utilising these site-specific cameras, the work captures team members, volunteers and visitors, who are all integral to the survival of the orchards. By piecing together a narrative from the perspective of the preserved apple, the project seeks to highlight and reflect on the intertwined relationship between agriculture and community.

Commissioned by the A is for Apple Project.

I wanted the process of the image-making to reflect the symbiotic relationship of the orchards being restored and the people who are supporting them. I went to various orchards and attended their harvest days during October. Apparently it's come slightly early this year.

I would create cameras at each location by halving the apples, carving out the front, attaching a lens (made out of a piece of metal with a tiny hole in it), and then loading the film in a darkroom bag and light-proofing it with tin foil. This all happens outdoors. Since each apple contains only one shot, and that it's a rather time consuming process to put together one camera. I would usually only have 7-8 photos max at each outing. 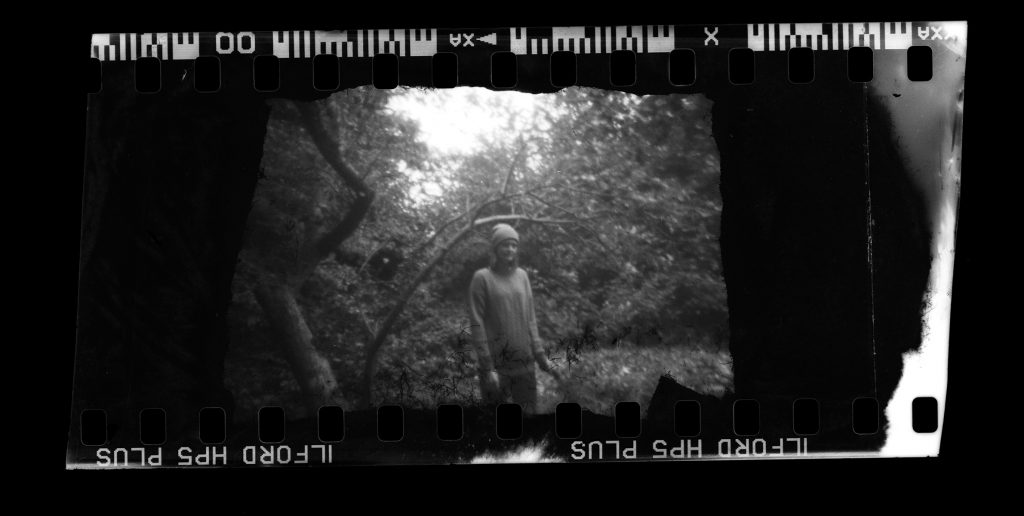 My subjects tend to find the whole idea intriguing and amusing.  It is quite an peculiar object to be photographed with after all!

What I did say to everyone I shot was that as each apple differs in shape and size, and that the pinhole lens aren't all identical, there is no guarantee that the images would come out right. Fortunately most of them did.

Taking of the picture, which involves peeling a piece of tape covering the lens, waiting for 2 seconds before covering it up again, was what I described to everyone as "one of the most anti-climatic photographic experiences you'd have". 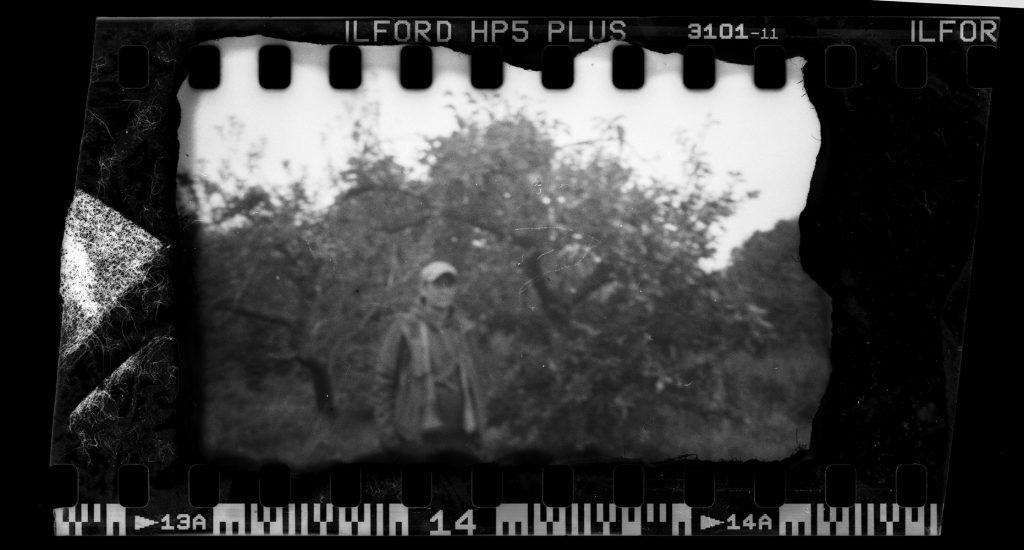 Filmmaker Tobias Berbner, put together this short behind the scenes video.

What Do You See, Old Apple Tree | Derek Man from Tobias on Vimeo.

Derek Man is a photographer based in London. Born and raised in Hong Kong, he has lived in the UK since 2005 and became a naturalised citizen in 2016. His work explores cultural identity, communitiy and what we call home – how we form a sense of place, and what makes us feel like we belong.

Man’s project The Isle of Wight Analogy was selected by Tate curator Shoair Mavlian for Source Graduate Photography and by Eikoh Hosoe for K*MoPA Young Portfolio. His project work Close to Home looks at the housing crisis in Hong Kong. Commissioned by Open Eye Gallery, the work was showcased at LOOK/17 Liverpool International Photography Festival in 2017. The same year he was nominated for the Magnum Photos Graduate Photographers Award. His work are in the collection of Open Eye Gallery, Liverpool (UK) and Kiyosato Museum of Photographic Arts (Japan).

Find me on social media