Connection Over a Century

Hanna Heinilä (née Hermonen, 1890–1981) was born to a vicar’s family in the small town of Luvia on the west coast of what at the time was the Grand Duchy of Finland. She had her first camera in around 1906 when she was sixteen years old and began photographing without any formal education. She bought dry-plate glass negatives from the nearby towns and learned to develop them at home by herself. 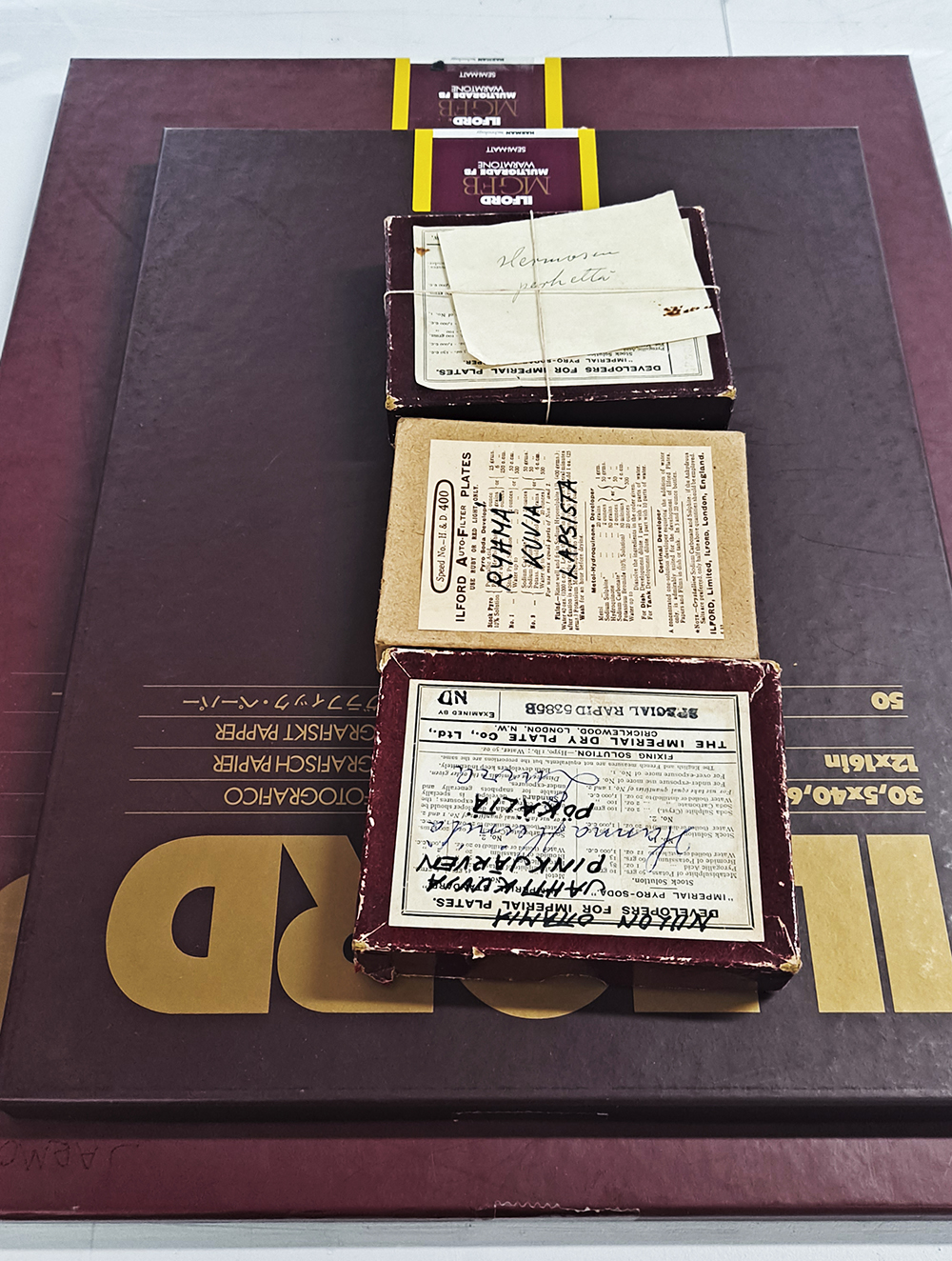 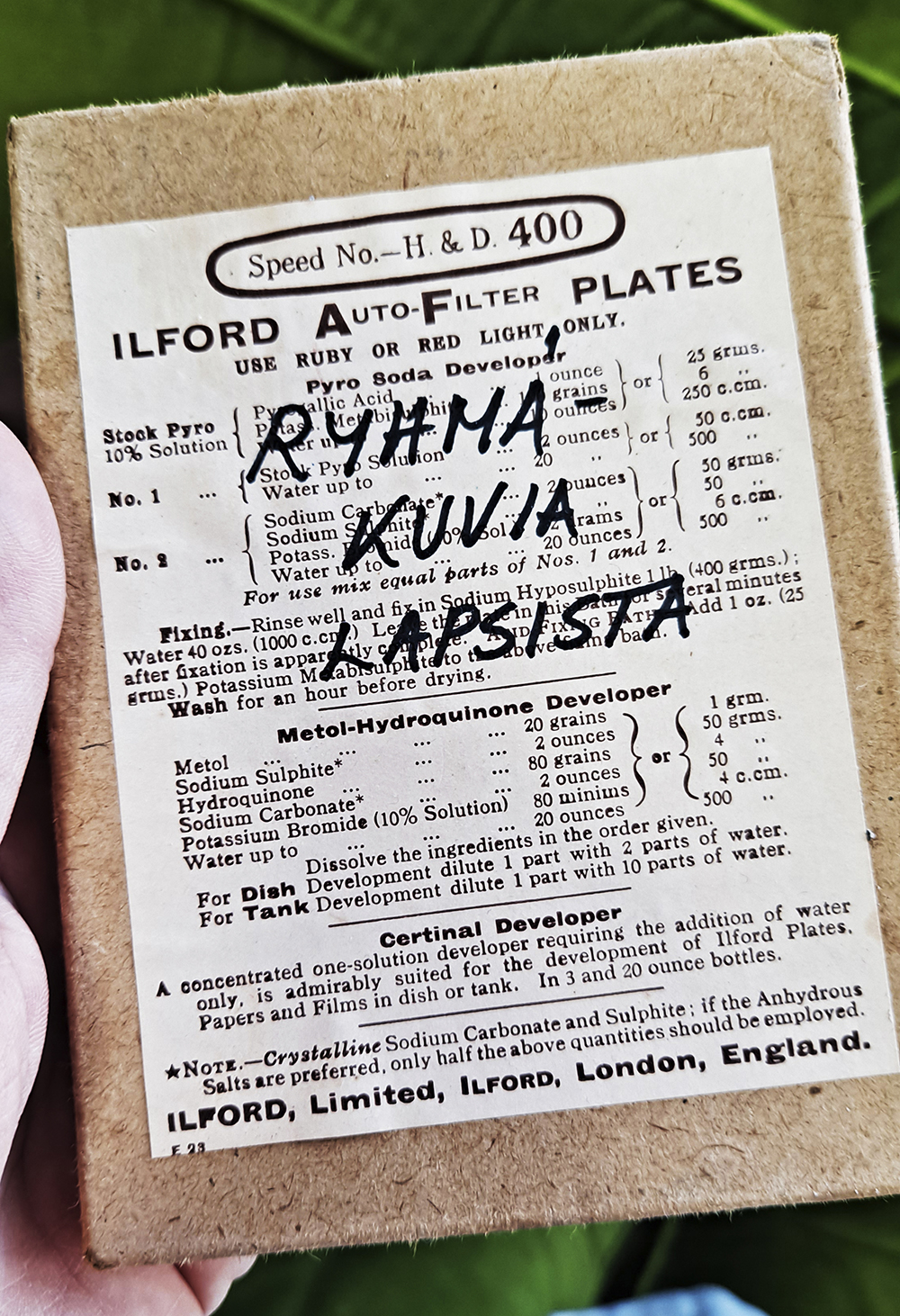 Nothing was known of Hanna’s extensive work as an early photography pioneer until a box containing almost 500 of her 4x5 inch glass negatives was recently found from an attic of the old public building at Luvia. The box was nearly thrown away, but luckily a local photographer Matti Luotola got hold of it just in time, immediately recognizing the historical value of Hanna's work.

Hanna had photographed Luvia in-depth: portraits of people and animals, buildings and gardens, still lives indoors, as well as large landscapes. Many of her photographs have silent and clever humour and they reveal an intelligent and overall positive attitude towards life. People smile for her and do not show the rigid reservations so typical in the subjects of old photographs.

My path crossed with Hanna's work when Rauma Art Museum decided to have an exhibition around it. Matti Luotola scanned all the negatives he had found, retouched them and almost 70 inkjet prints were made for the exhibition. In addition to digital prints, the museum wanted to include darkroom prints and that is where I came along. I ended up producing a dozen gelatin silver prints plus a series of my own photographs from Luvia and a video work for the exhibition. 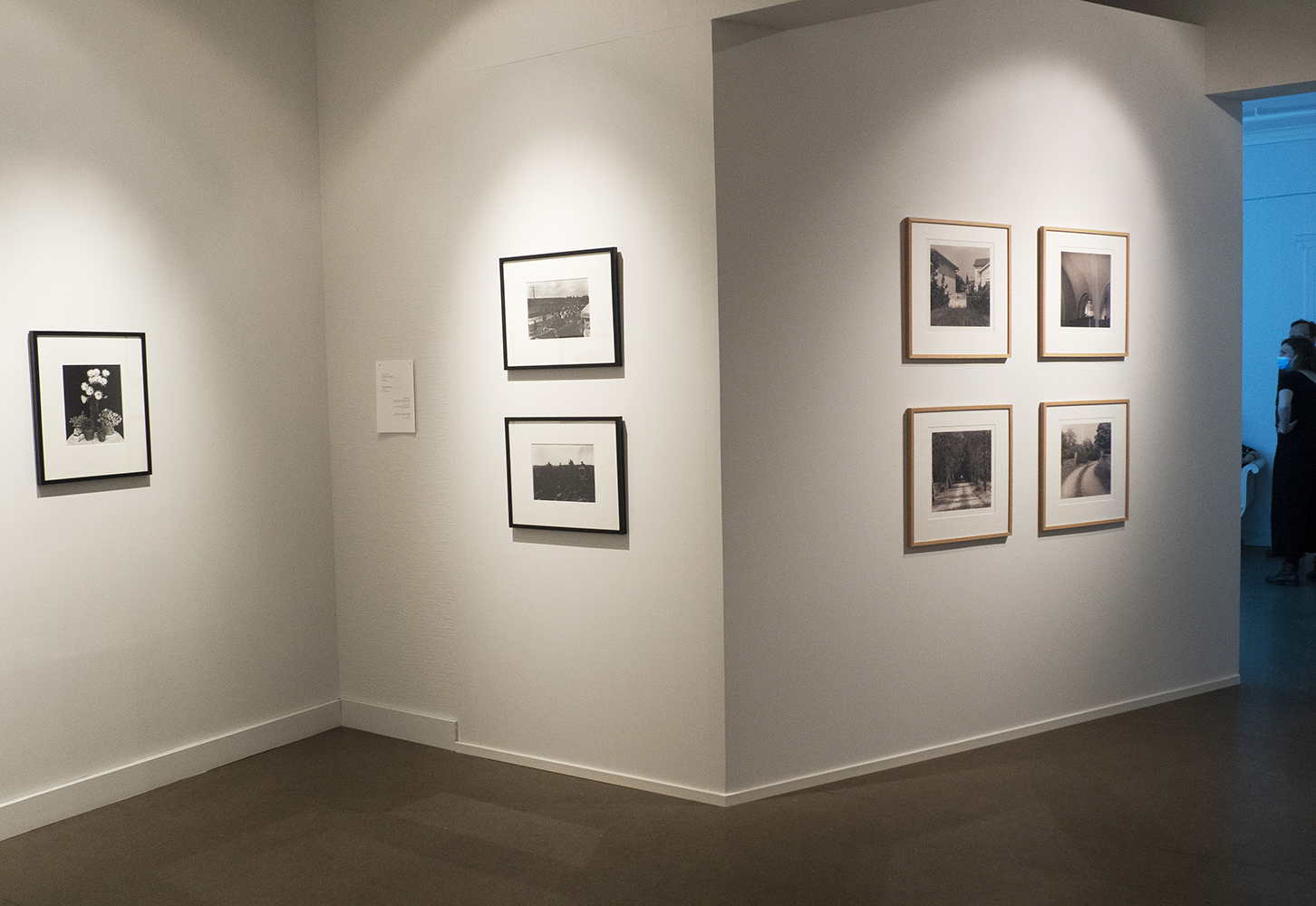 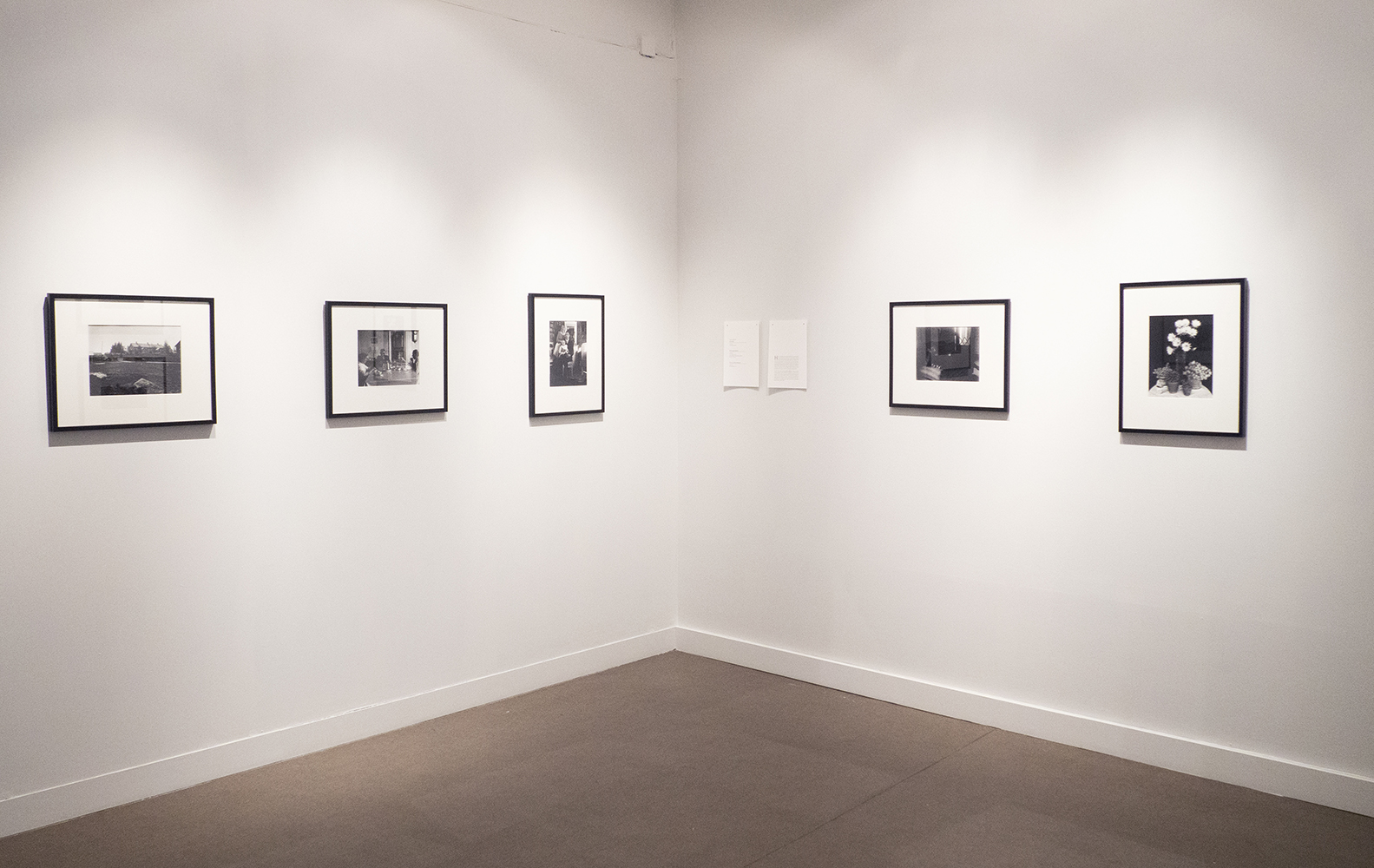 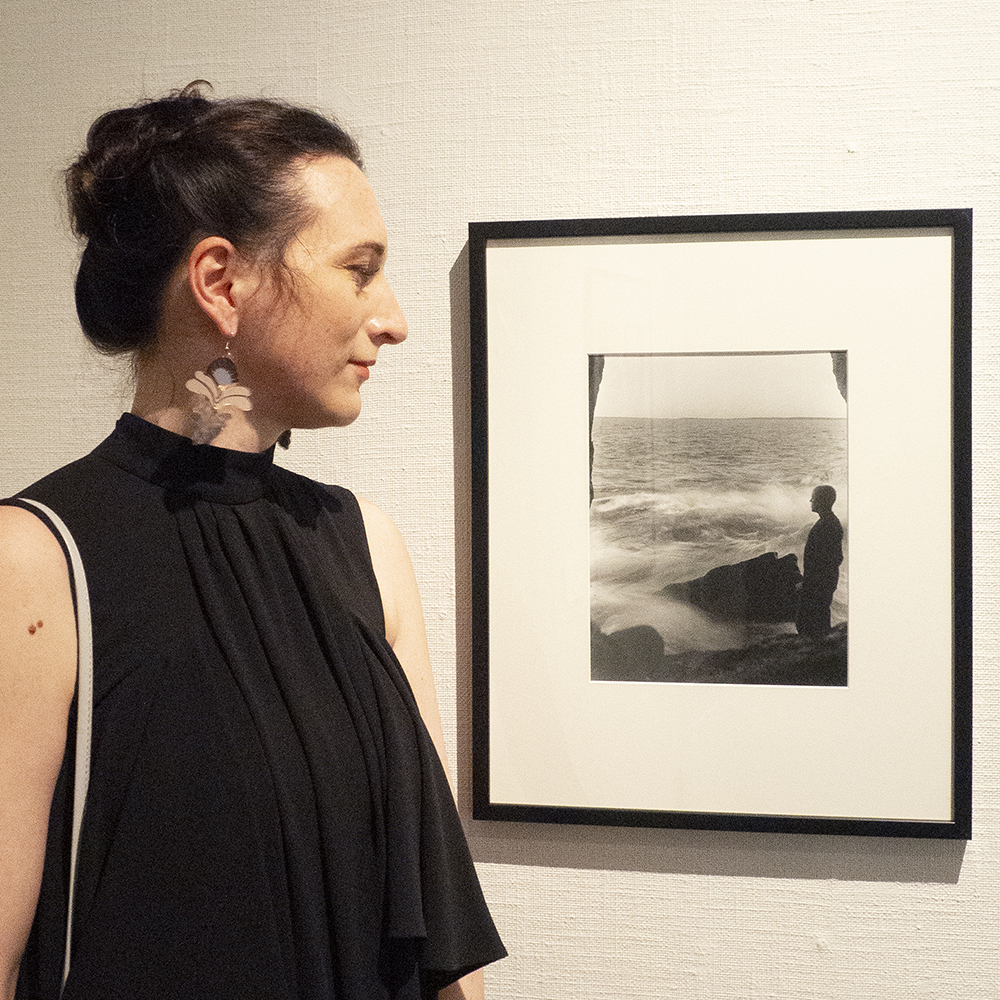 The process was harder than I had assumed. First I had to improvise a light seal for the negatives from cardboard, as they would not fit Durst CLS 501 enlarger negative holders. After over twenty years of working with gelatin silver printing, I was confident there would not be any big surprises left. Soon I learned that making prints from the hundred year old dry-plate glass negatives was no picnic. 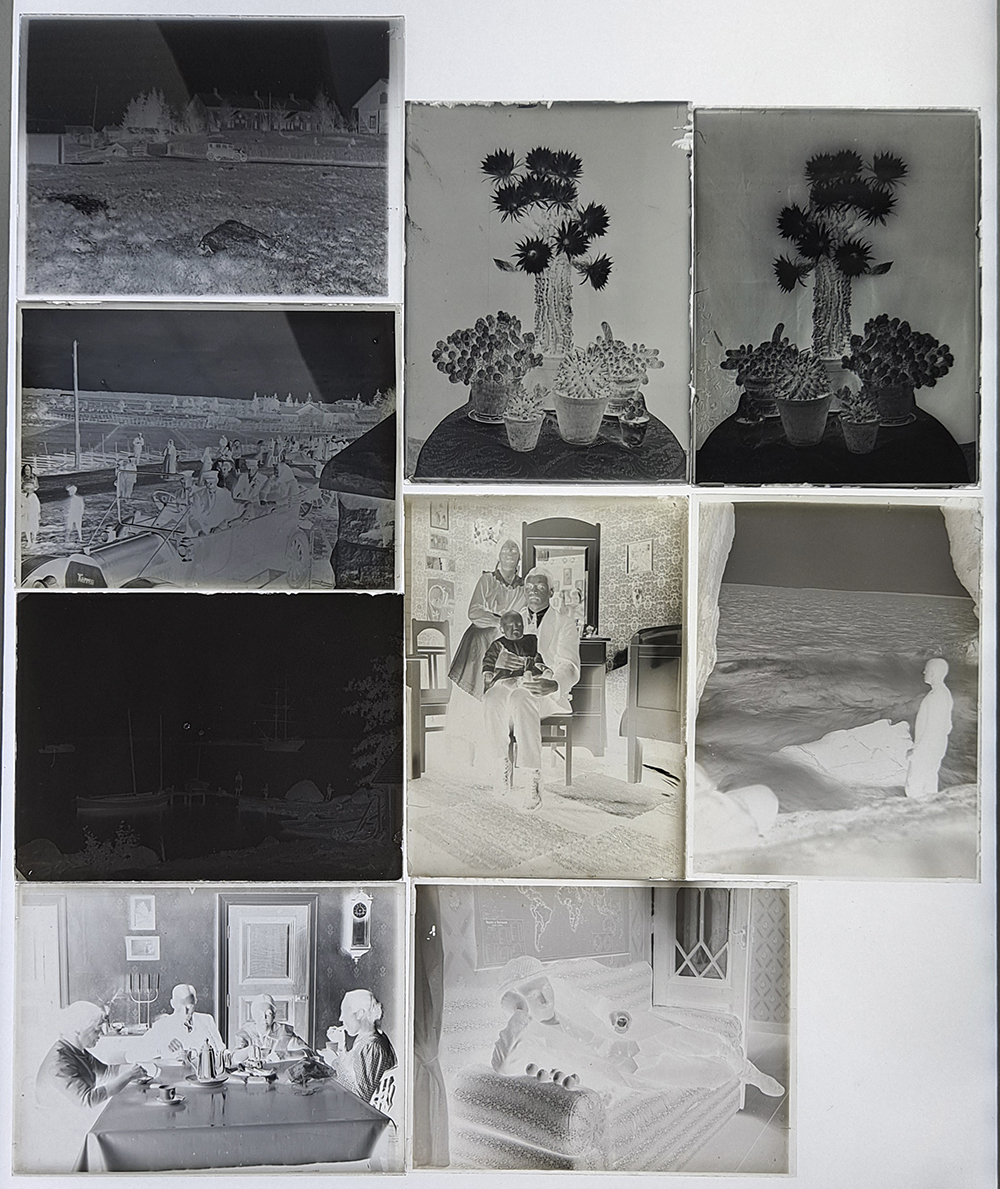 The tonal range and contrasts of the negatives were quite different to modern ones – I use a lot Ilford's XP2 Super 400, because of its subtle tonal range – and getting the tones right with the dry-plates seemed at first almost impossible. Skin tones were especially tricky. When I raised the contrasts, everything went black, and when I reduced them, everything was dull grey. The thickness of the emulsion and the developing flaws in the negatives caused additional problems. 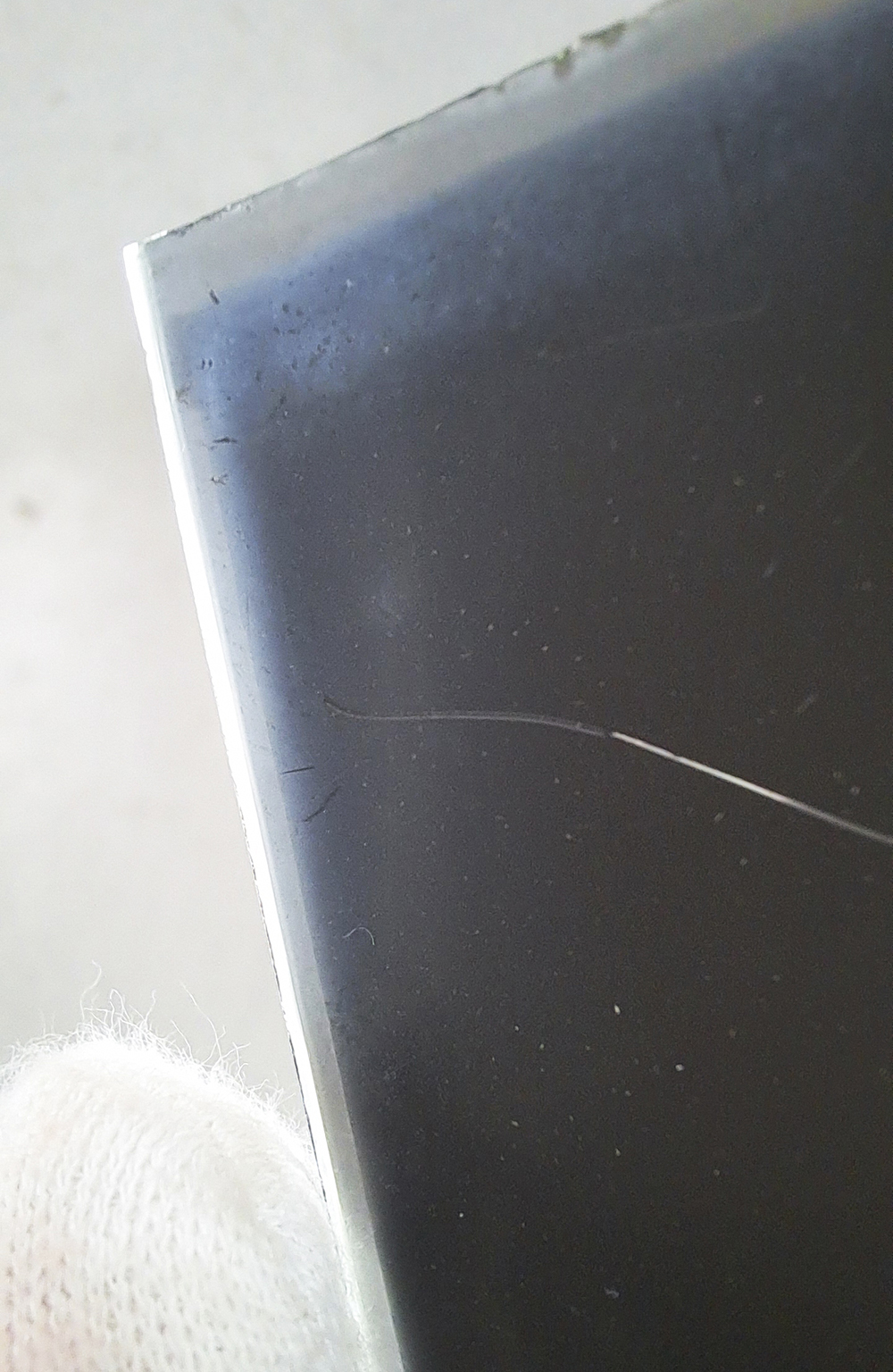 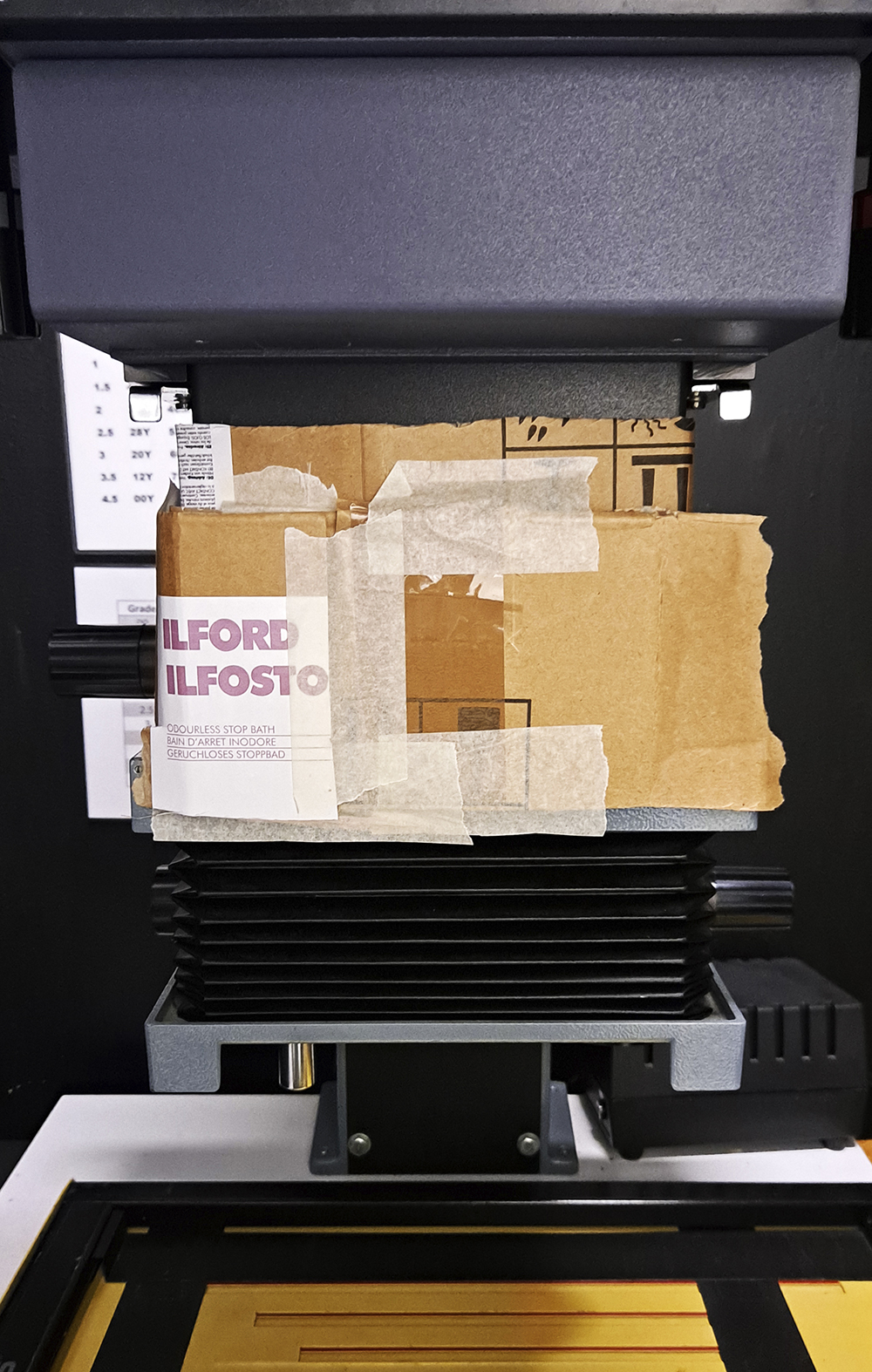 I understood soon that the emulsion used then had very different qualities concerning the sensitivity to light than the emulsions used today. I ended up spending days on each negative. Finally, I was able to get prints with a tonal range I was happy with from most of the photographs. With some negatives, I didn't use contrast filters at all. The trickier ones seemed to need all the light my Durst was able to give. One photo, an image of a cactus in bloom required 12 burnings and almost 15 minutes of exposure time in total. 15 minutes! I consider that damned cactus, when finally tonally rich, yet preserving its lucidity, as one of the great triumphs of my career in the darkroom. Also, it was important to succeed with Hanna's striking self-portrait, which, luckily, I did. 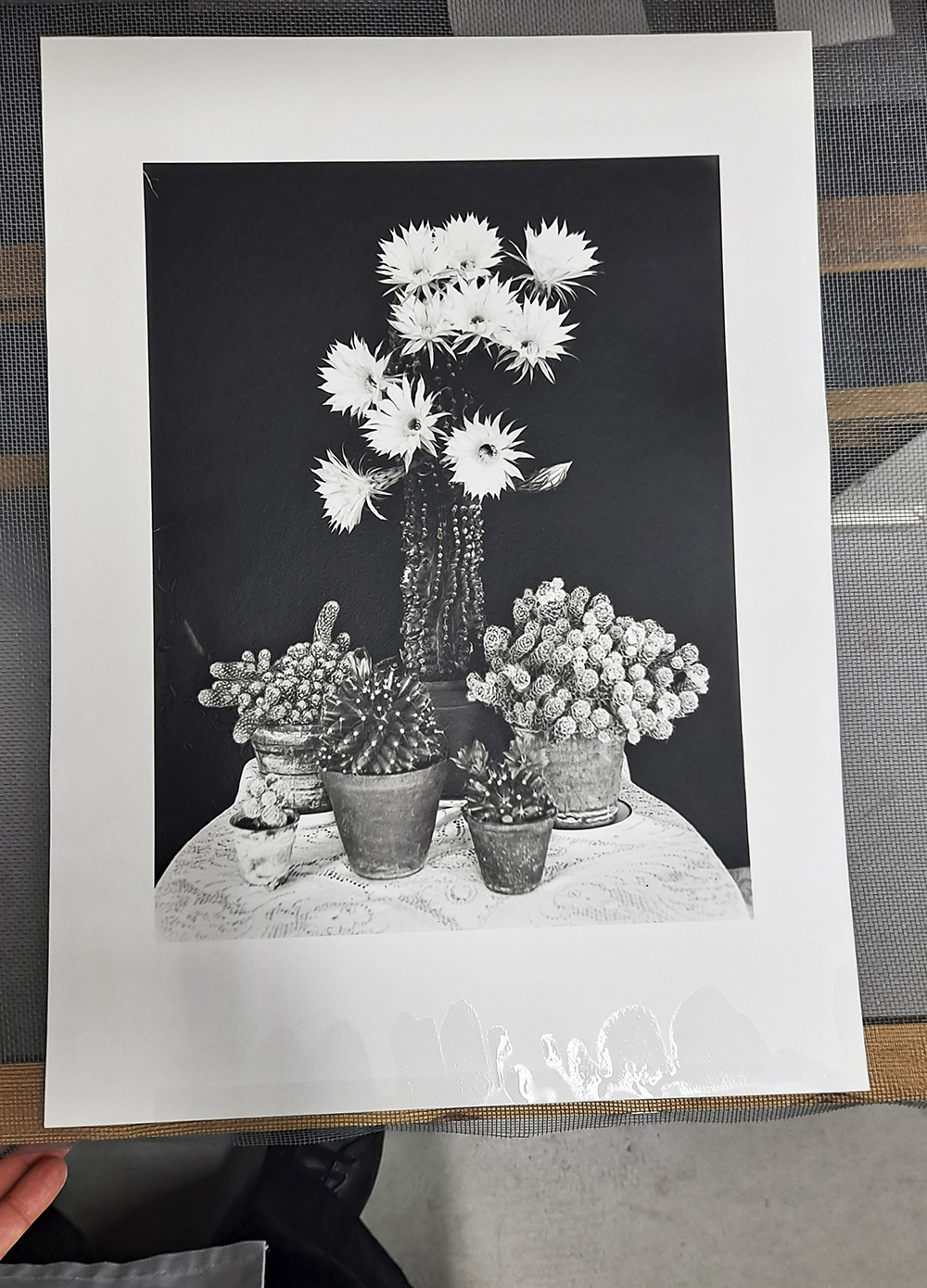 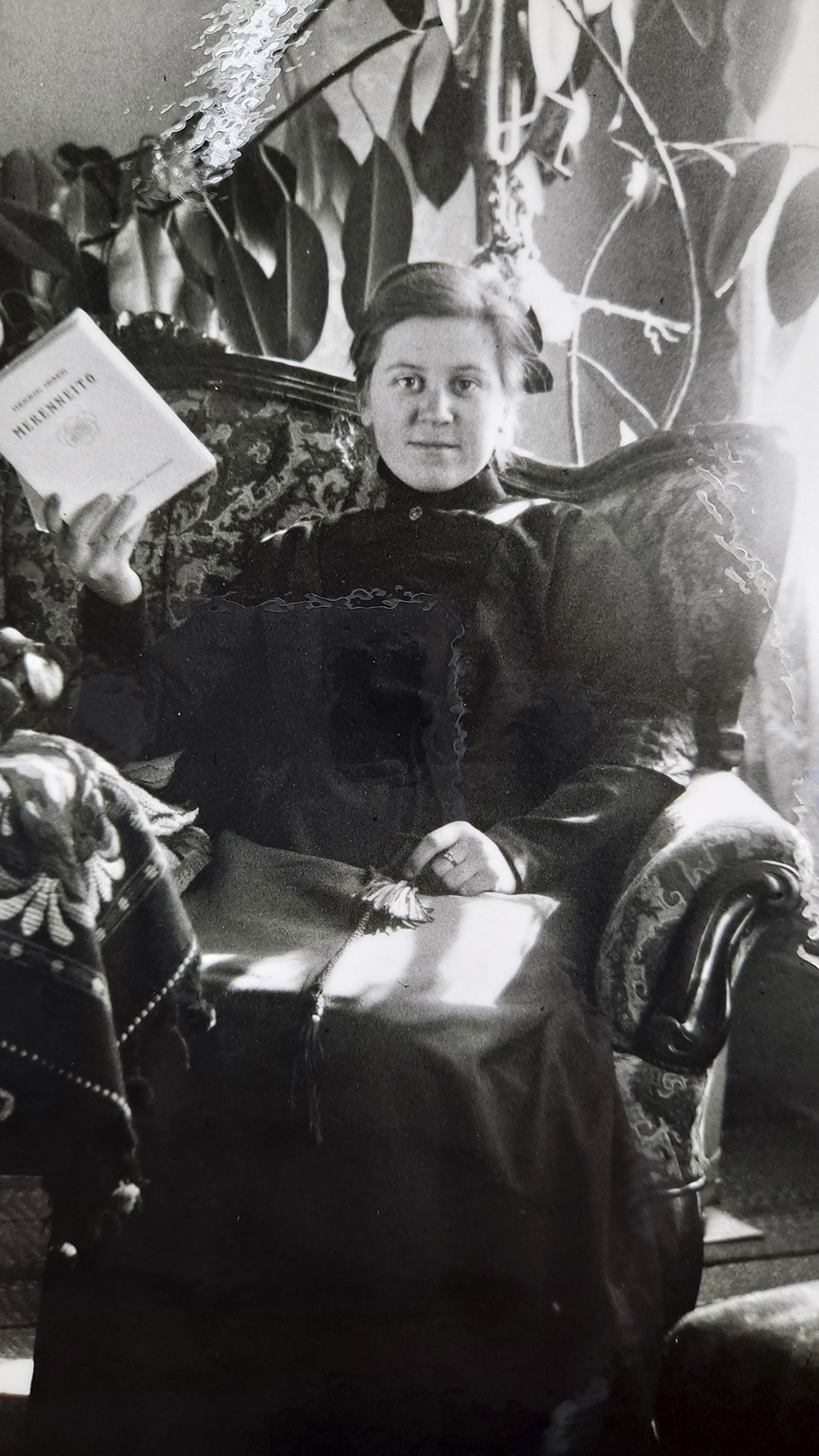 A sense of intimacy

Strangely, I also started to feel some level of closeness or intimacy with Hanna personally, through her negatives. I was immersed in the world she lived in, with its people and places. I started to see the surroundings of Luvia as I imagined she had seen them. She composed her photographs with incredible ease and the same ease was present in the postures and expressions of people in them. In my mind an utterly unknown vicar’s daughter from a small village in Finland was suddenly not any lesser figure in the history of photography than Vivian Maier. Neither could I escape the idea of how many more unknown female masters of photography were lost in time, still hiding in attics and cellars? 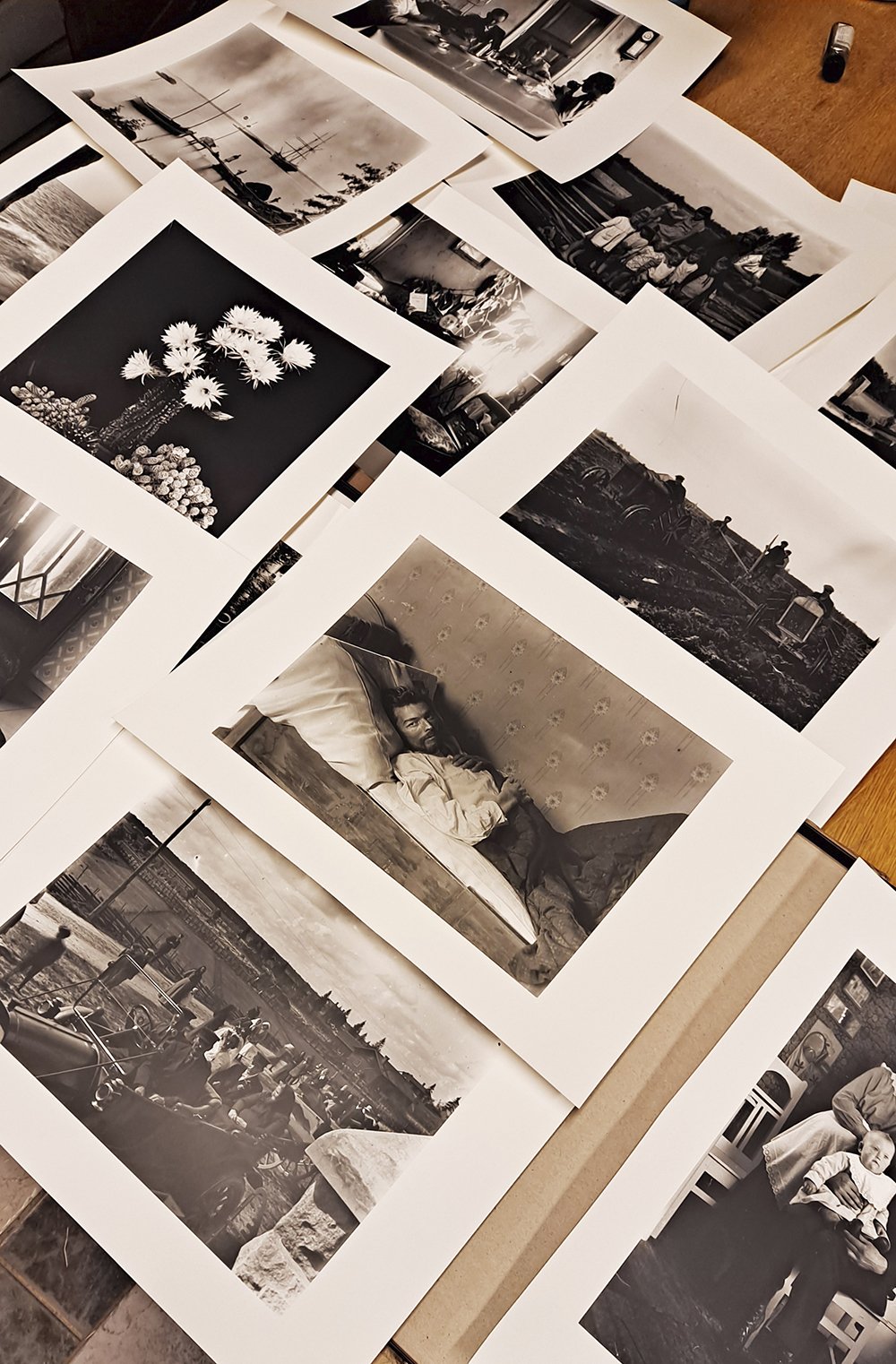 Katri Lassila (born in 1979) is photography and visual artist writing her doctoral dissertation about the image of landscape for Aalto University. She gave her first solo exhibition in 1999 and has given and taken part to numerous exhibitions since then. Her first mentor in the art of gelatin silver print was photography artist Pentti Sammallahti. In 2008 she graduated (practice based MA) from University of Art and Design Helsinki, nowadays Aalto University. Katri is specialized in fine art gelatin silver print technique. She thrives to achieve lucid and tonally rich prints and enjoys to print especially the element of water. During the past ten years, she has worked also with moving image and painting, combining those usually with analogue photography. Her selected theme is landscape, through which she explores the ambiguities of time and memory.

With this week's #ilfordphoto #fridayfavourites theme being #nightfilm we were expecting out faster films to f...
Read More

A popular technique for getting the best from your prints in the darkroom. This week's #ilfordphoto #fridayfav...
Read More