Towards the end of 2018 I was reviewing some of my Autumn film photography and feeling put off by the results.

I've been working with film for some now in an effort to take advantage of the superior dynamic range. And, when shooting in strongly backlit scenes to move away from silhouettes and ambiguity and towards a more controlled journalistic style.

I found that because of the diffused cloudy conditions in London I was struggling with my exposures and the overall look of my images. They were lacking in any vibrant colour which is something I try and incorporate into my images. Instead I was capturing various shades of autumn and winter grey, with grey clouds, grey streets and grey people. Any hint of colour was muted by the flatness of the exposures. 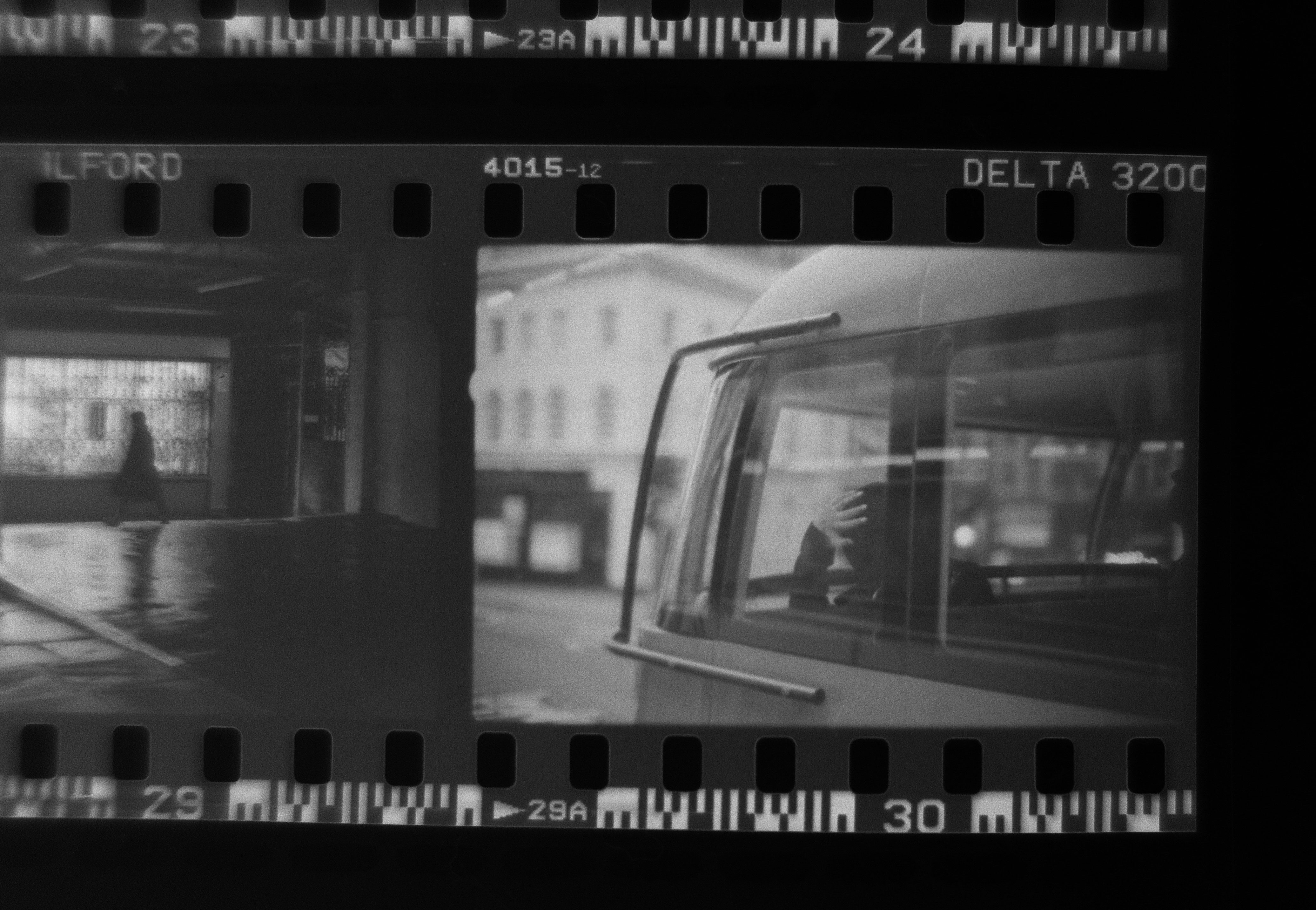 With the days growing shorter, and fewer opportunities to shoot in any kind of light whatsoever, I decided that I had to take control of the winter-grey tones if I was to keep using film over the winter. Black and white film is nothing new to me, but I had been really enjoying my colour work until that point, and had left many unopened boxes of film in my cooler.

I tend to prefer the look of pushed black and white film to colour due to the way the grain acts under certain exposure conditions. There was very little light most of the time, and using films with such fantastic latitude really helped me to achieve correct exposure in the vast majority of my frames.

I wanted to really emphasise contrast in these images, avoiding midtones and the grey, which I was trying to escape from in my colour images. Pushing my development helped with this, and I was happy with the look of my images overall, which was fairly consistent across the emulsions. 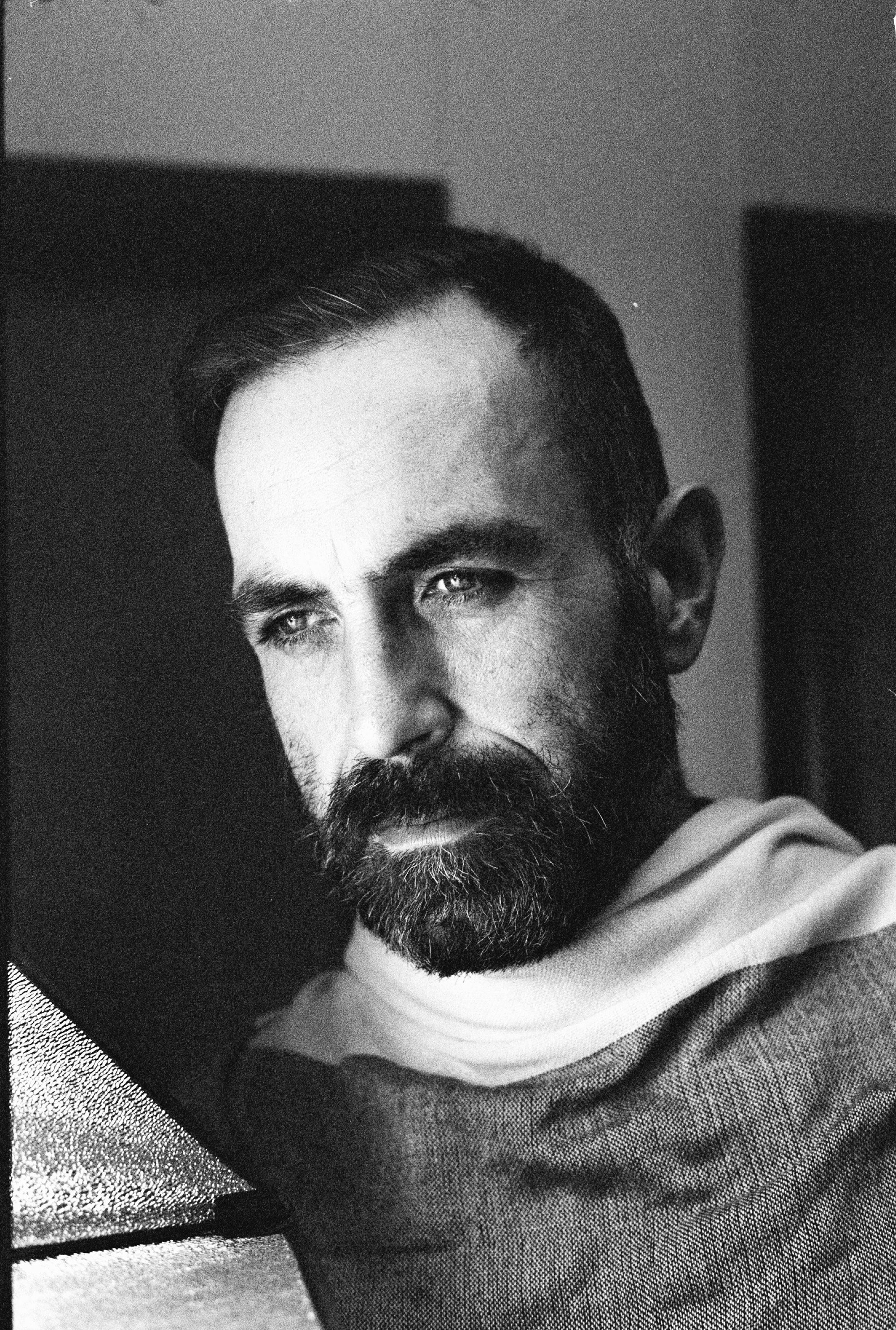 XP2 has always been reliable, and I was really happy with the results from shooting it pushed as many as three stops. 800 is usually the most useful speed to me for general use, but the lack of light really forced me to get the most out of what the film could offer me. 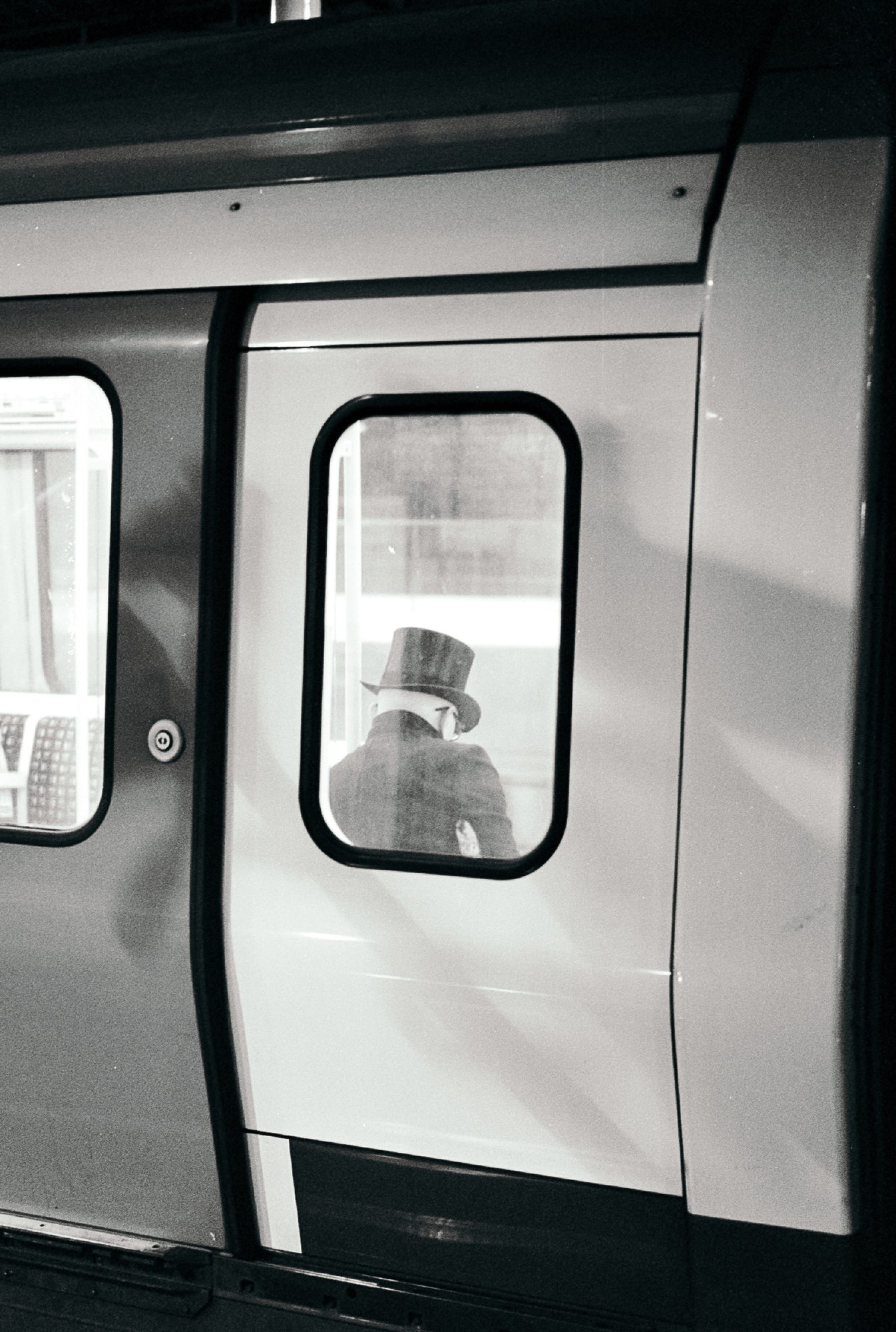 A bit of grain

I was tempted to push the Delta 3200 higher, and considered raising it to 8000 just to see what it would do  In the end I pulled it by one stop and developing it normally. This gave me a thicker negative to work with, which I find more practical for low light work than a faster shutter speed. I really wanted these black and white images to have a mood, and the larger grain of the Delta 3200 really offered that.

I was really looking forward to trying Delta 400, and my expectations were absolutely exceeded. The contrast was fantastic, and the sharpness was outstanding. 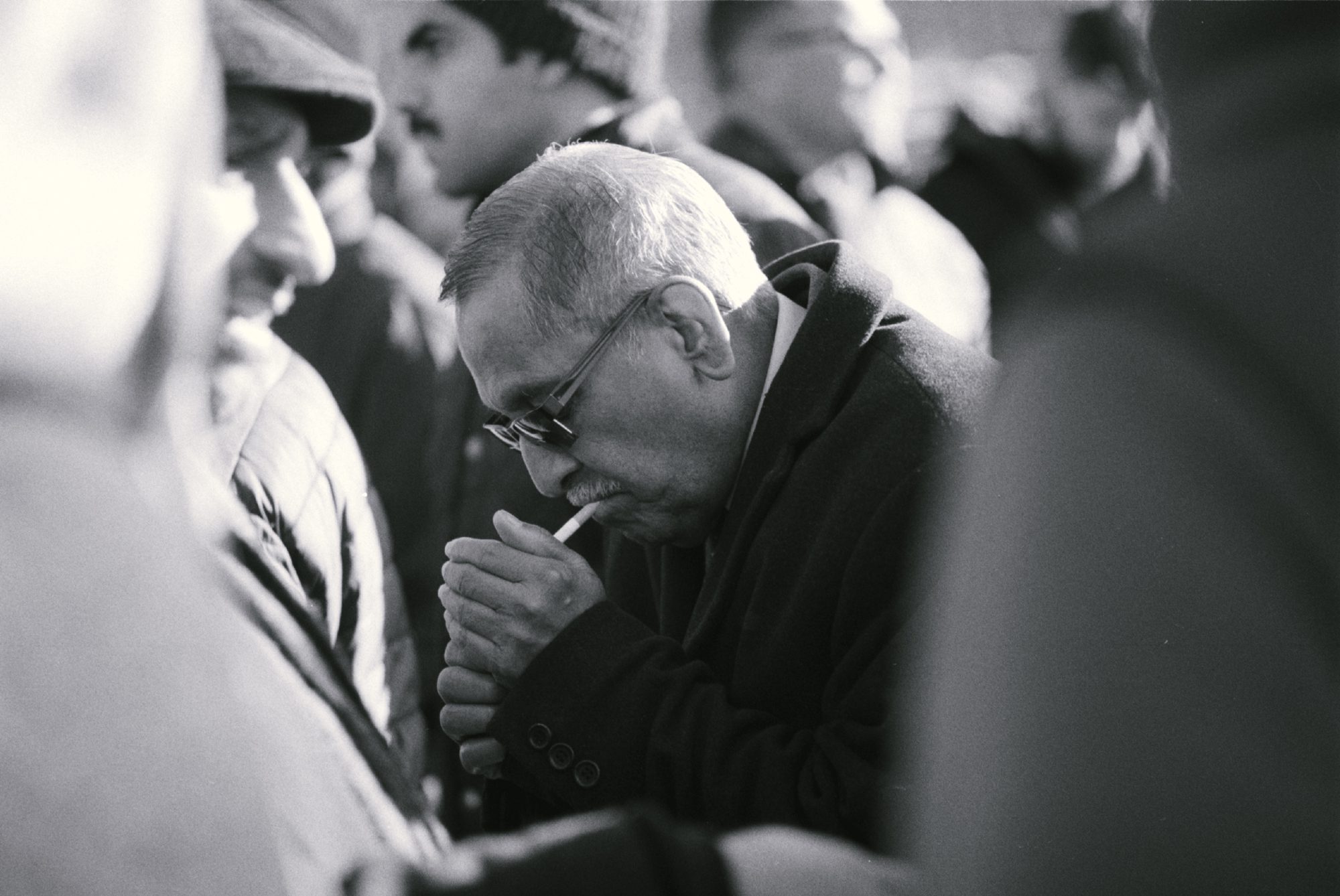 I used this film for a few portraits at an event, as well as candid street portraits. I think that the way it renders skin tones is especially aesthetic. 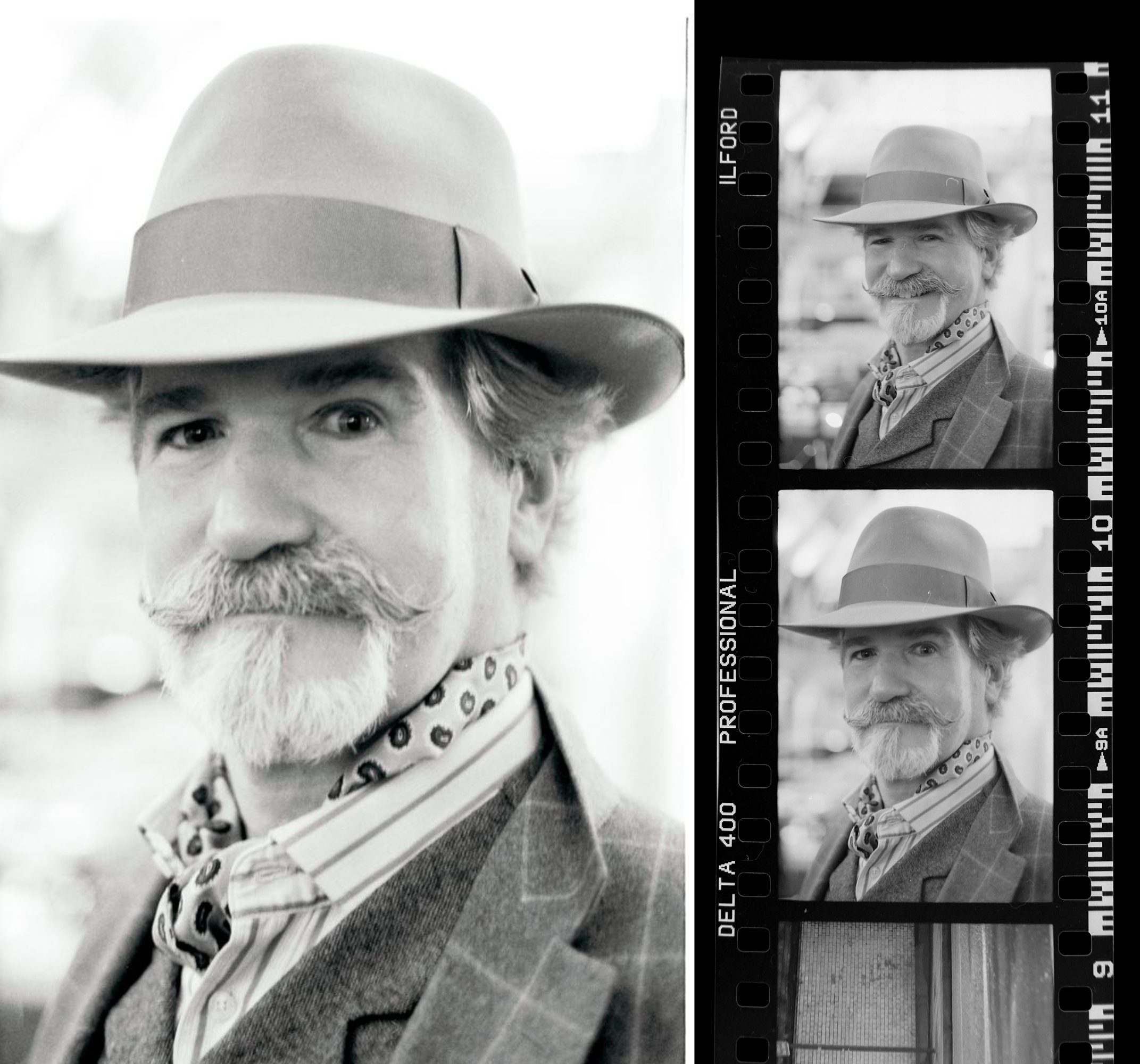 Not my usual film

The SFX is not a film I would usually buy. However a friend had been talking to me about different kinds of Infra-Red film and I had become interested. I ended up shooting the entire roll at a portrait session with the Stealing Frames Collective which was great fun. 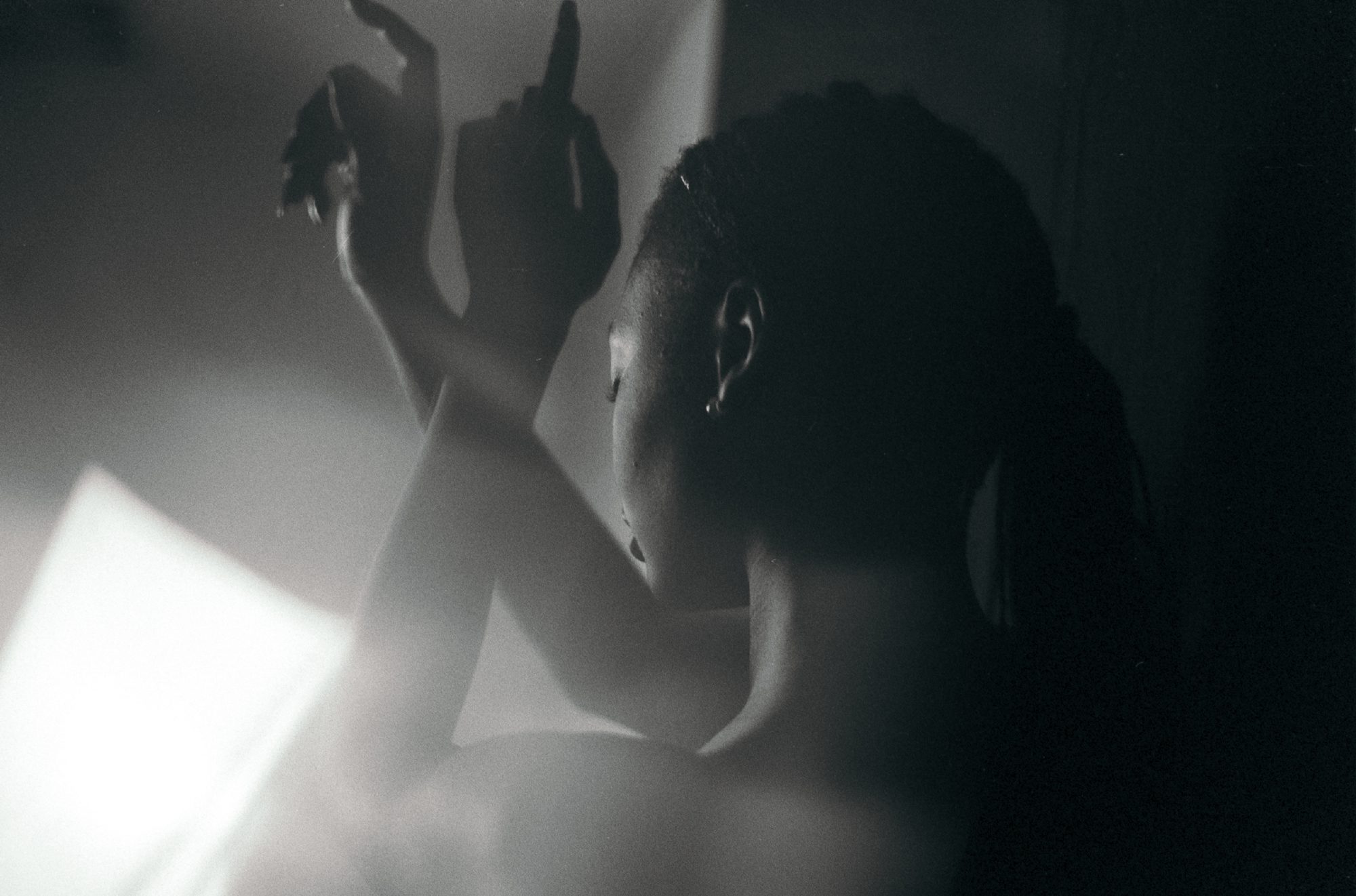 Looking back on these images has been really rewarding. At points I was nervous about the full switch to black and white, something I’d never really done before. Previously I'd worried about missing out on particularly special colours, shooting on black and white film removed that possibility. However, the sheer latitude of these films allowed me to tackle the mood of the winter light, to make it my own through extreme emphasis of light and shadow. This more than makes up for the loss of colour as a safety net. 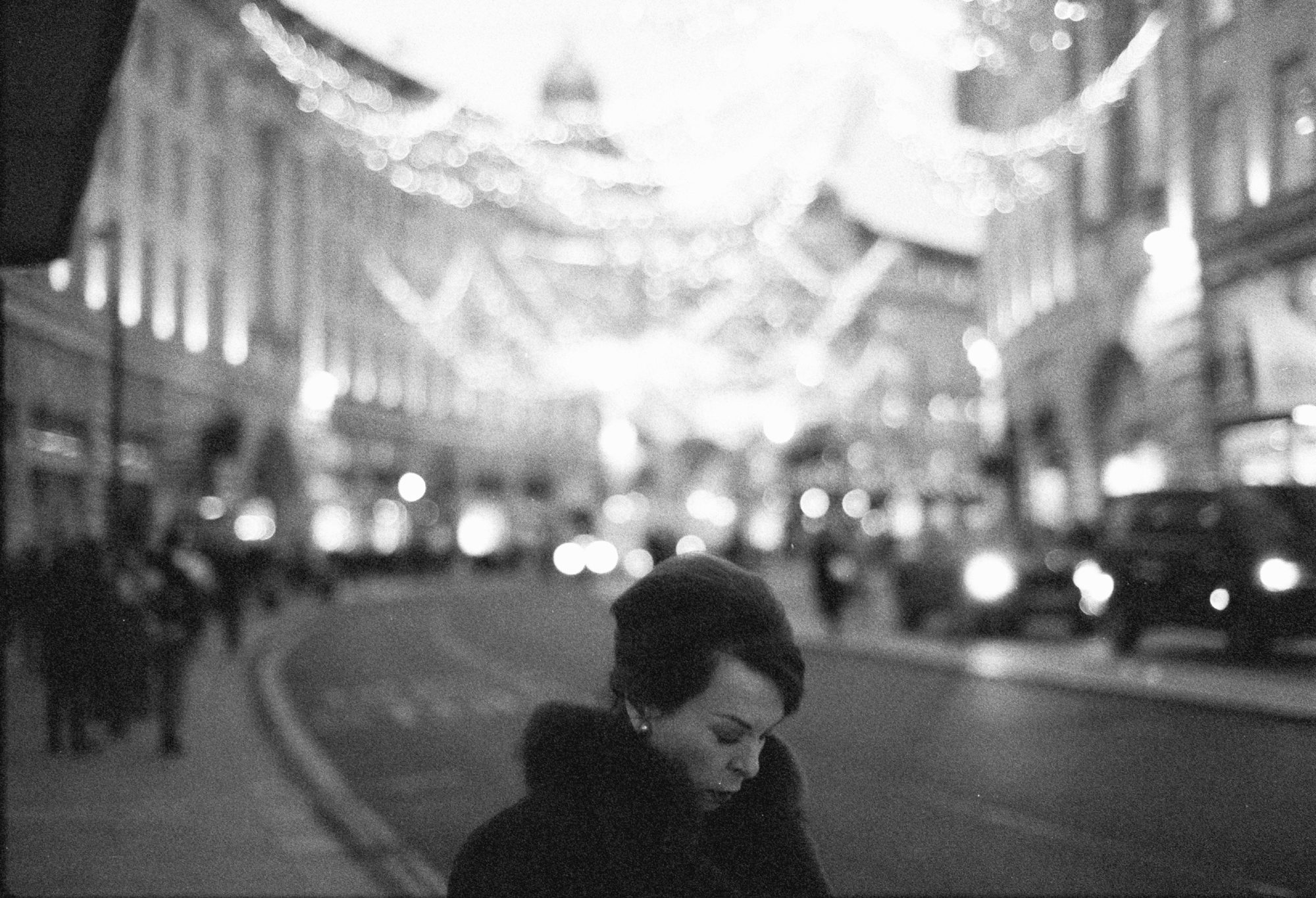 Simon King is a London based photographer and photojournalist, currently working on a number of long-term documentary and street photography projects, using both film and digital mediums. You can follow his work on Instagram and you can read more of his thoughts on photography day-to-day over on his personal blog.

Simon also teaches a short course in Street Photography at UAL, which can be read about here.