The Outlaw Project Posted On 2nd August 2018 To Magazine & Stories

The Outlaw Project shooting portraits with a large format camera

The Outlaw Project, was inspired by Edward Sheriff Curtis, the 19th Century photographer, known for his portraits of native Americans, shot with a large format camera.

In 2011, Peter acquired a giant copy camera, made by Sidney R. Littlejohn Co., in the East end of London circa 1926. The camera, though having been used heavily in the newspaper industry for copying documents, was generally in working condition. With its inner mechanical structure still in tact. 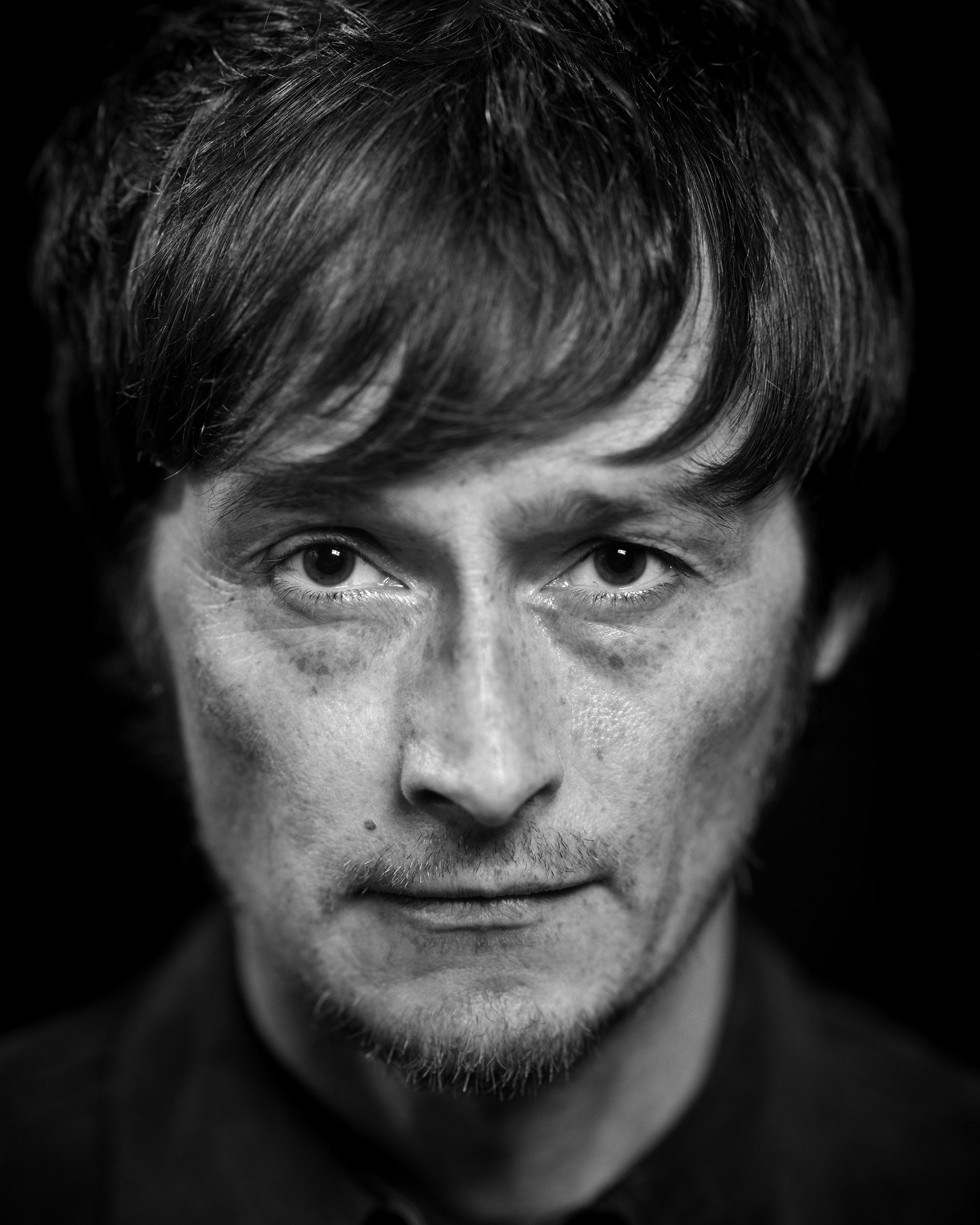 In order to shoot modern large format film, the inner mechanism was removed to allow a direct path of light from the lens to the film plane.

Once cleaned and polished, it became clear that the original carriage and trolley that came with the camera were not practical for the intended use. A local steel workshop produced a unique trolley to hold the camera and equipped it with electric pistons. The camera can be raised and tilted forward like a small 5x4” camera on a tripod. 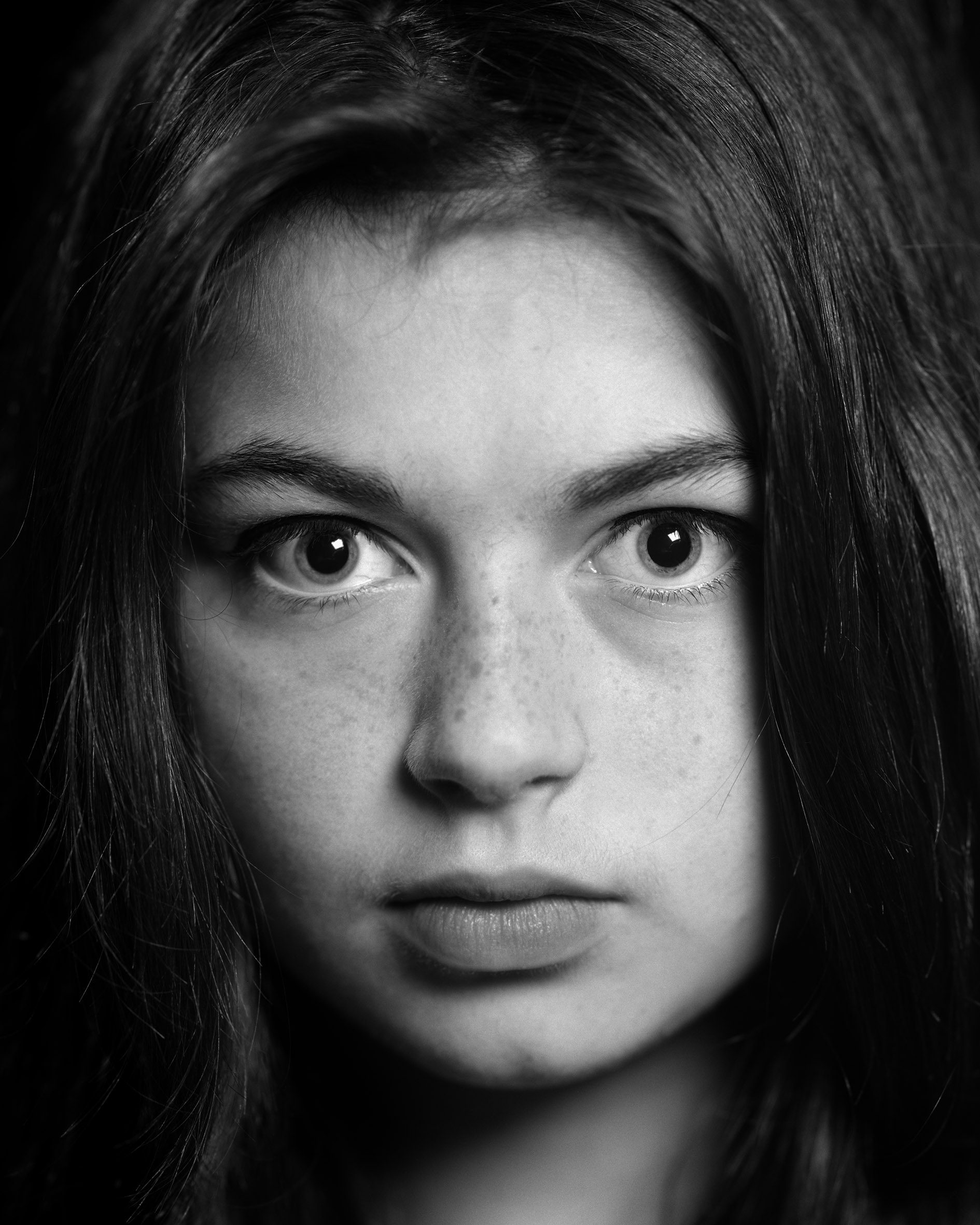 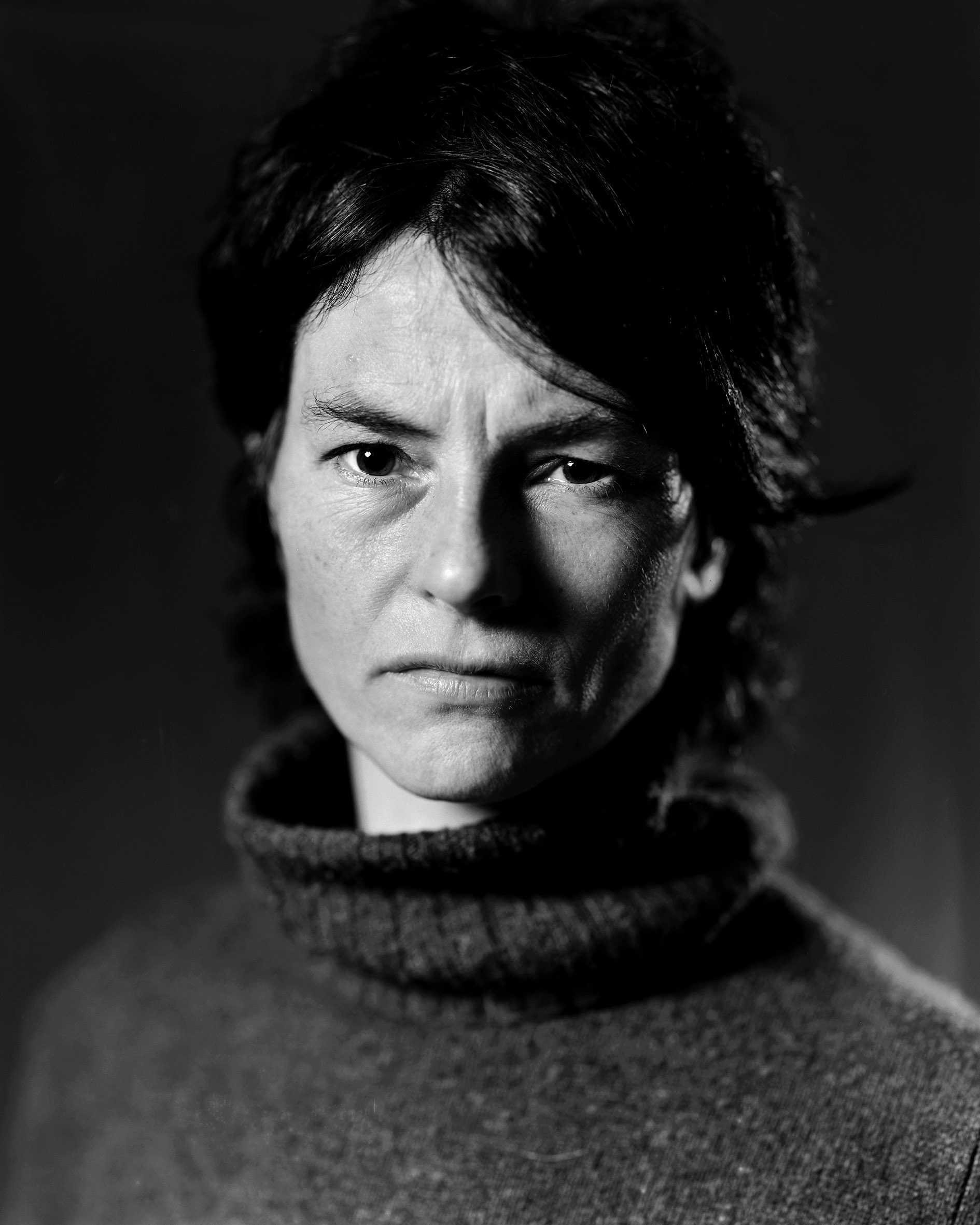 Then the accessories began to arrive. Though with a little re-engineering, it would be possible to shoot 20” x 24” film, to follow the example by Ed Curtis, a 14”x17” ground glass/spring back assembly was bought from Richard Ritter in the U.S..

The 14”x 17” Walnut double dark slides then arrived. (Made by Sandy King in the U.S. and an amazingly beautiful piece of craftsmanship and engineering in themselves).   With a standard lens length of over 550mm, 3 Nikkor process lenses were ordered from Mr. Cad in London

The Ultra Large Format film production run at Harman Technology was imminent, so the 14”x17” FP4 was next to arrive and shooting began immediately.

For anyone who is accustomed to using view cameras, the theory of Bellows Extension can be an issue….well with bellows up to 3 ft long, it certainly was.

With reduction backs for 10”x8”, 5”x7” and 5”x4” film and holders, a great deal of Fuji FP100c has been used throughout the project until recently. (Due to its discontinuation). 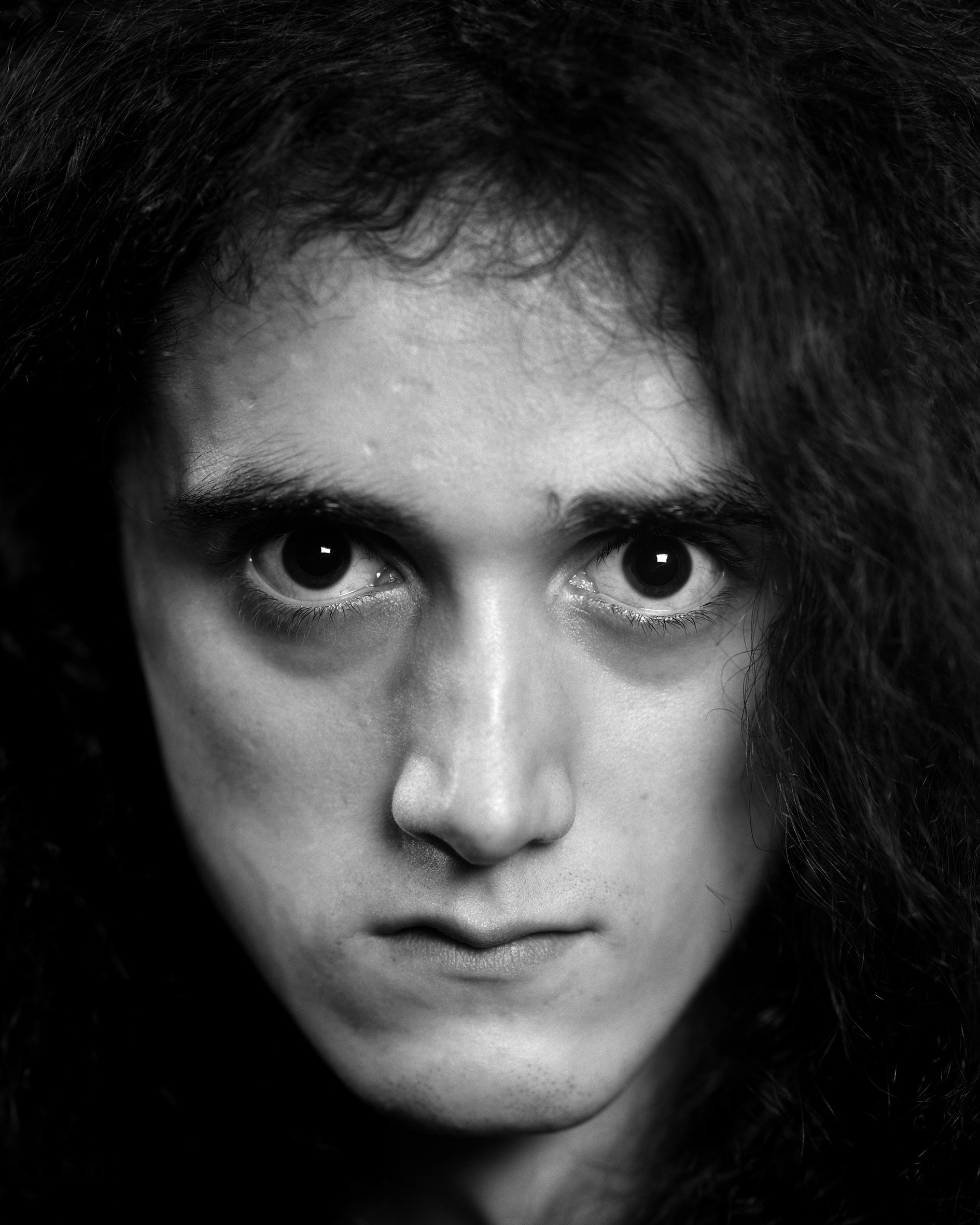 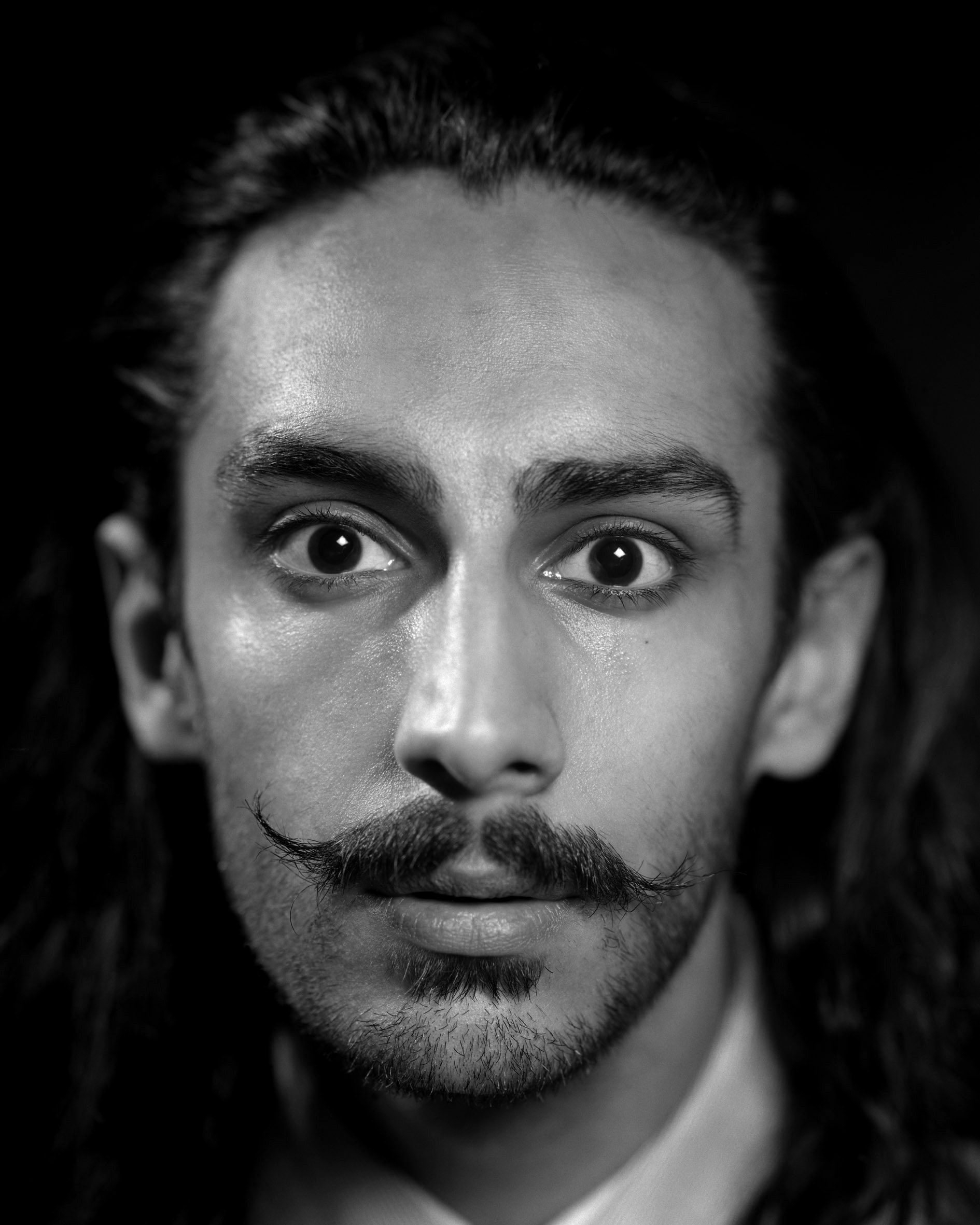 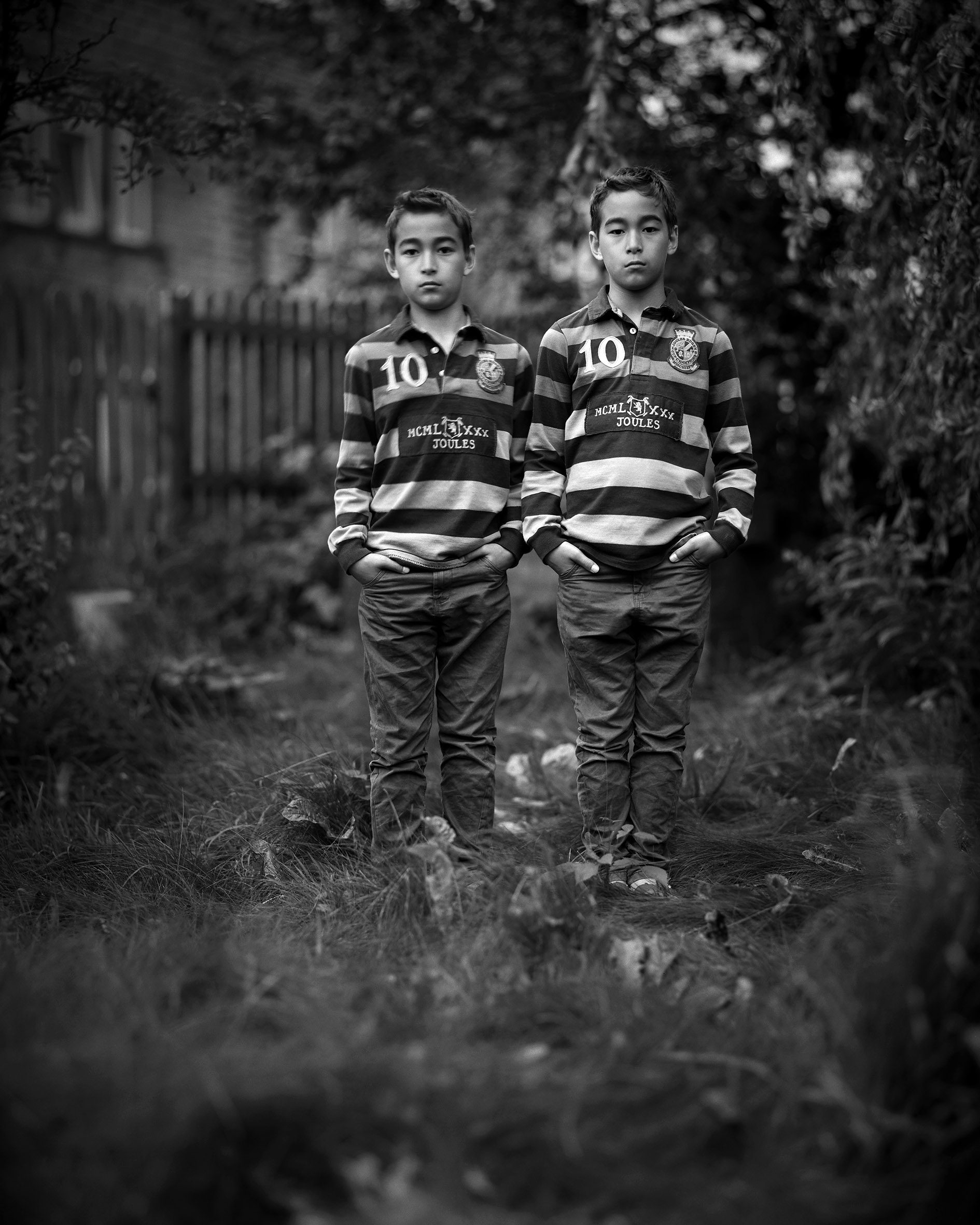 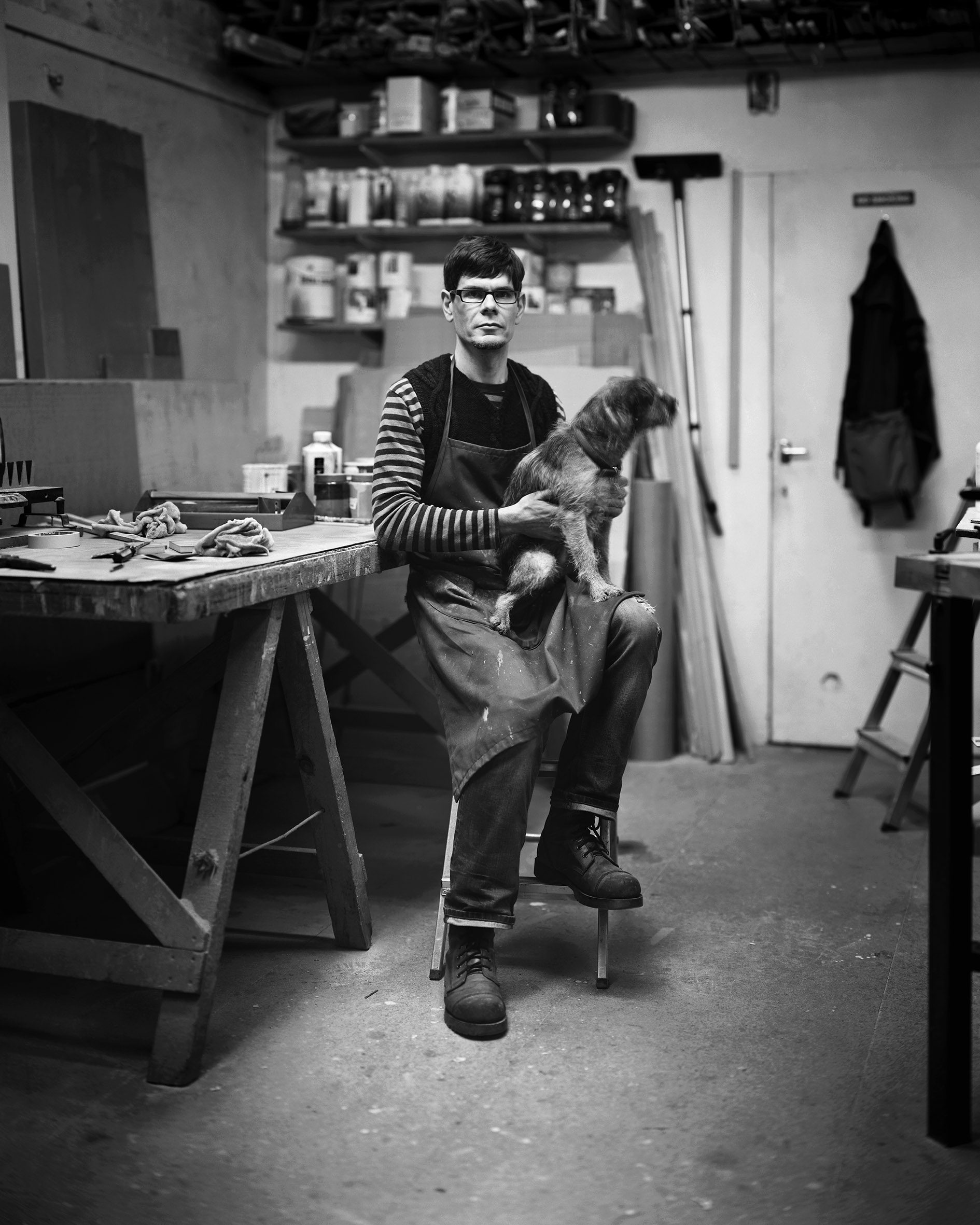 The camera was transported recently to the National Coal Mining Museum in Wakefield for a month, resulting in 26 portraits of miners working there.

Though Peter processes most of the 14”x17” film himself, some of  the 10”x8” goes to HARMAN  Lab  in large batches, for reliable, consistent development and a speedy turnaround.

When Peter lost access to his darkroom facility for processing the larger film, Robin Bell stepped in and had the processed  negatives in the post within 24 hours of receiving them

Robin then made prints and commented. “The quality of the image in a 14”x17” contact print at this size is mind-blowing “ 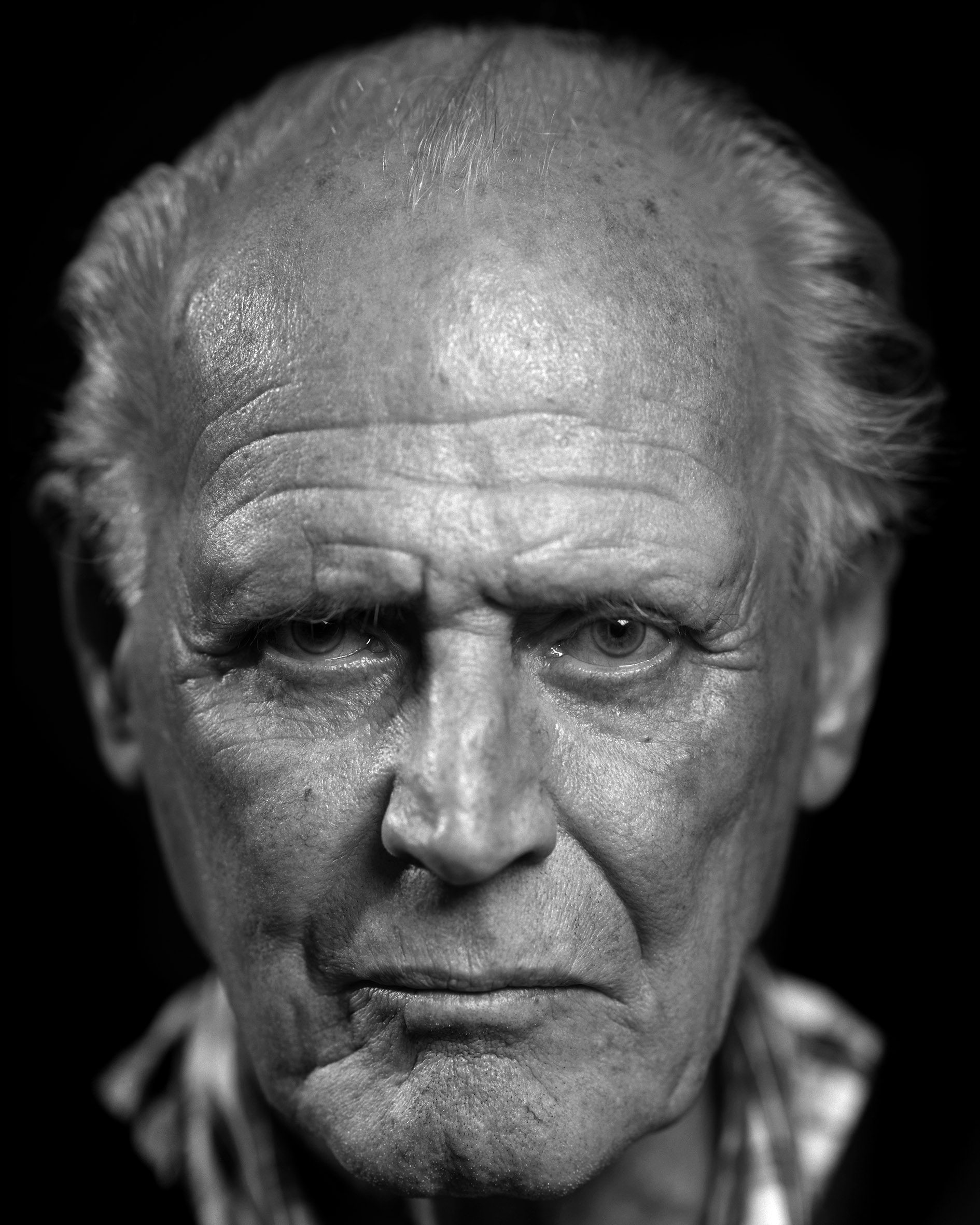 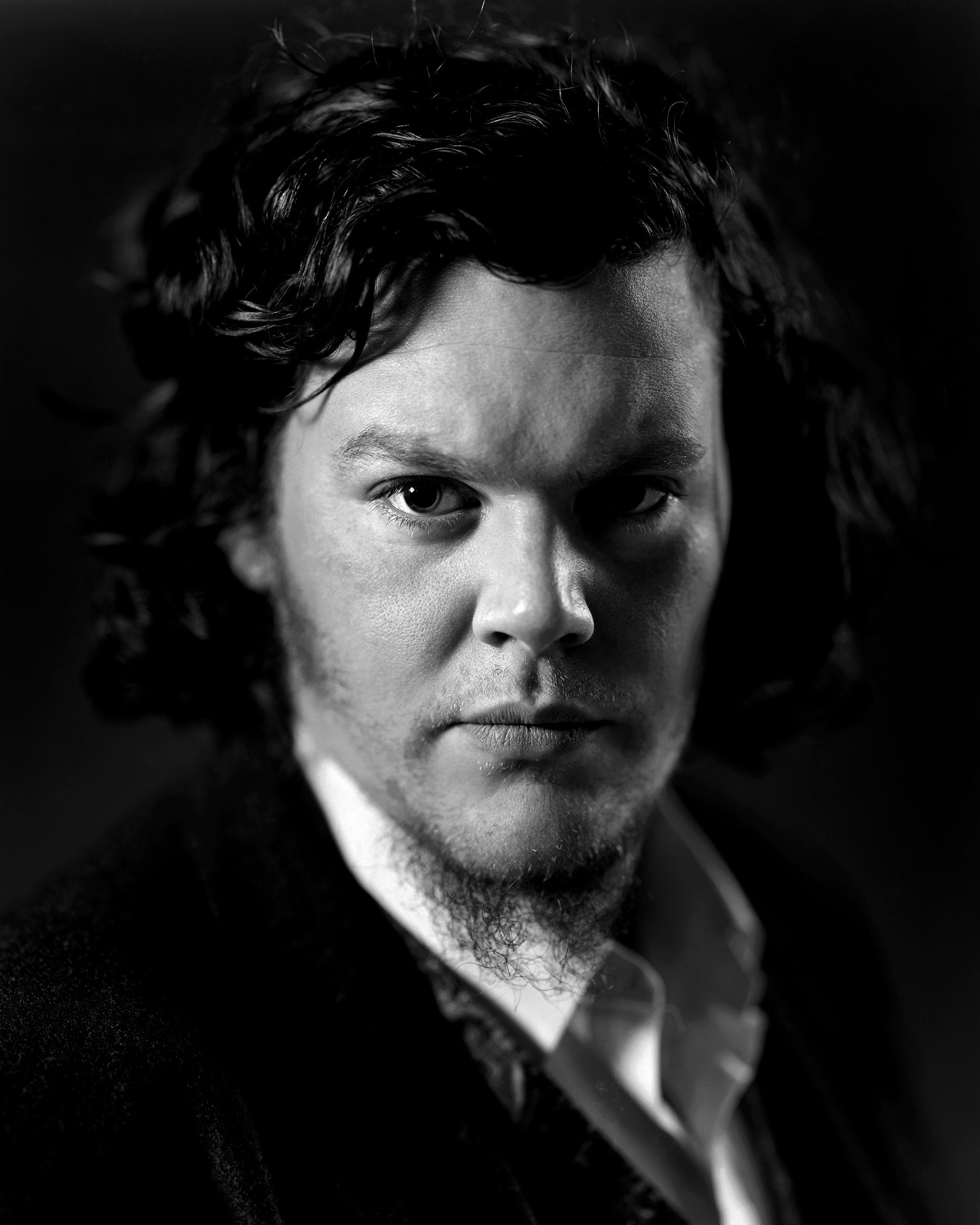 Prints are sent to sitters in slick presentation boxes from www.printboxes.co.uk, via Process Supplies in London, who have supported the project from the beginning.

Where is the camera now?

The camera is now based at Dean Clough Mills in Halifax, West Yorkshire in Peters studio where the project continues. Although now mainly on a smaller camera from the same maker.

So if you are looking for a giant camera on a crazy trolley, that shoots very large film…the original camera is for sale, with plenty of accessories, including an 18”x18” wet plate screen/holder.…

This is not for the faint hearted and you will have to pick it up.!!!

When he's not shooting ULF

Peter is a part time lecturer at Leeds Beckett University, and for the last 5 years has had students build and use 10”x8”cameras as coursework.

Peter commented, “Among other things,  I have seen cameras made out of beer kegs, books, inkjet cartridges and a tent…the students are always amazed that a home built camera can work.”

“The students then process the film and go through the traditional darkroom process to make their contact prints”.

We all enjoy shooting film. This week for our #ilfordphoto #fridayfavourites #funonfilm theme we asked you to ...
Read More