We started to make this work roughly ten years ago, after a chance encounter on a photo sharing platform. This led to a mutual appreciation of each other's work and we found that we both saw the potential of the landscape to resonate with inner experience and make it visible.

We were both using a camera called a Holga. An incredibly simple plastic medium format camera known for its low quality lens which produces a very dreamy aesthetic, frequently including lens flares and vignetting. These image characteristics, and the simplicity of this lo-fi process of making images, attracted each of us to using it in the first place. 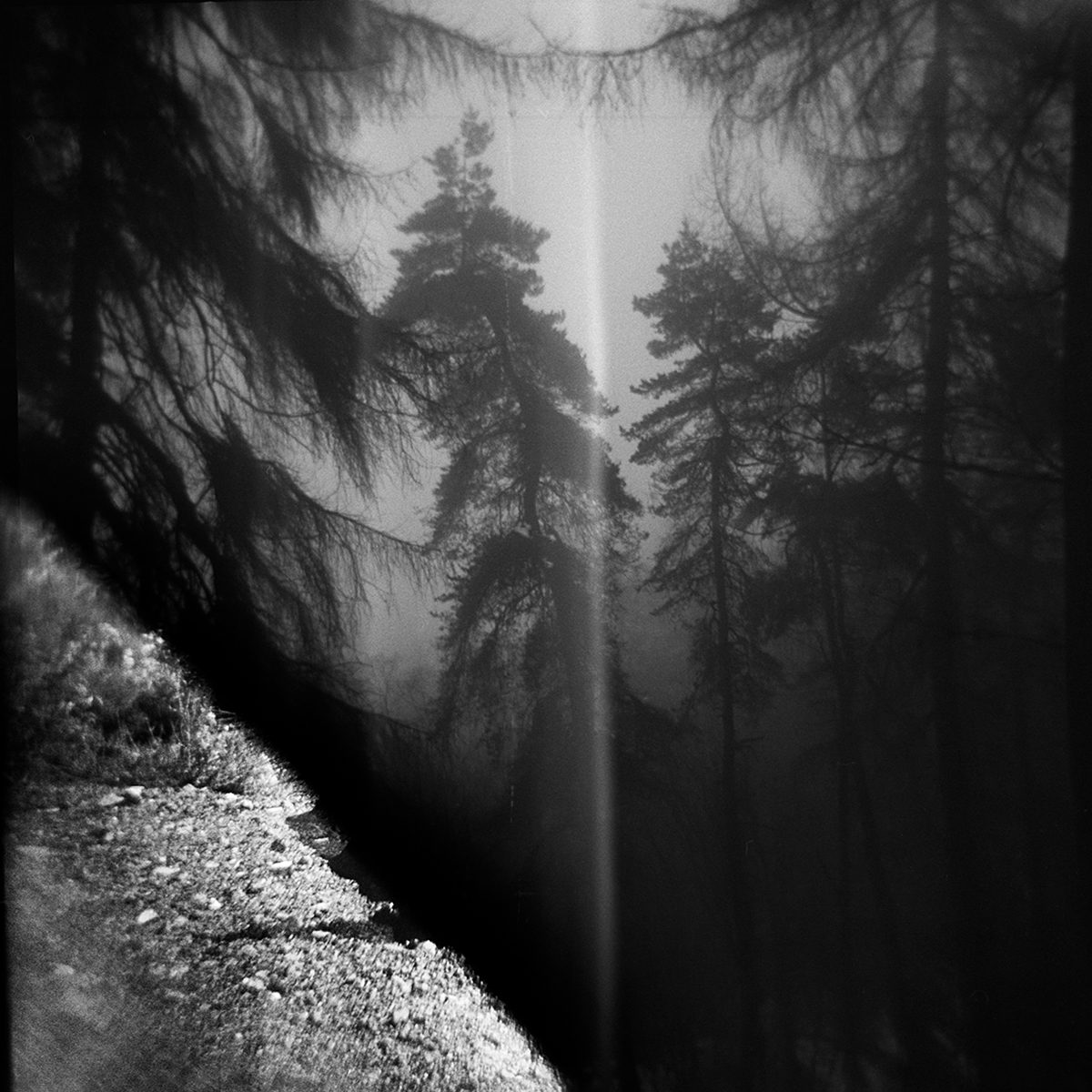 Before we began collaborating, Al had published Holgascapes, a book of black and white landscape photographs made with a Holga. J. M. had used a Holga to make a series of overlapping, double-exposed photographs called A geography of connection and loss. Inspired by an emotionally powerful series by the Canadian artist Paul Romaniuk called That summer, J. M. made the Geography by putting each roll of film through the camera twice – she would expose the roll of film, rewind it, and re-expose it. Another artist saw the Geography photos online, leading to a film swap that was in turn posted online. Al saw the resulting images, and said something to the effect that he’d like to try that sometime. And so our collaboration began. 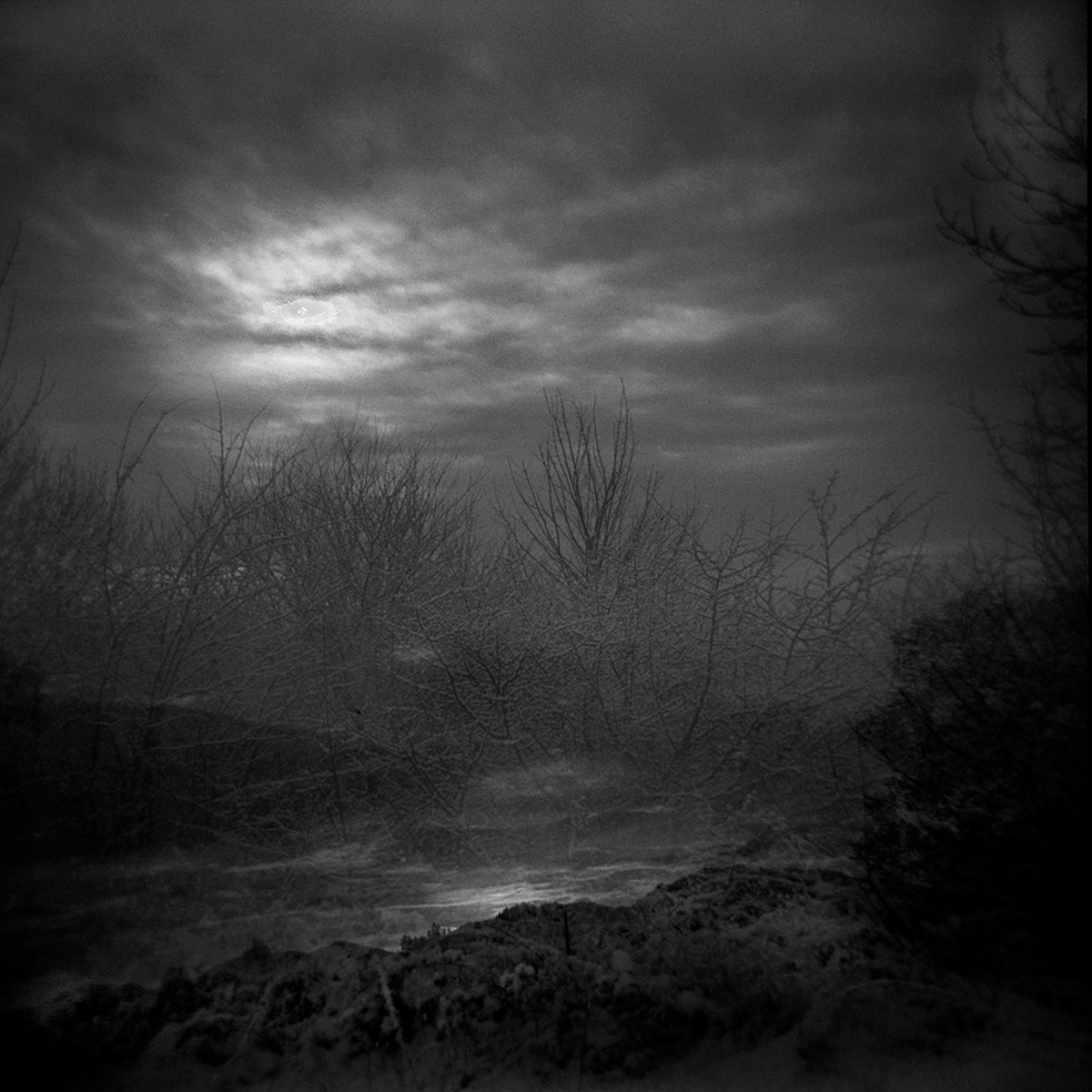 If I crossed the river 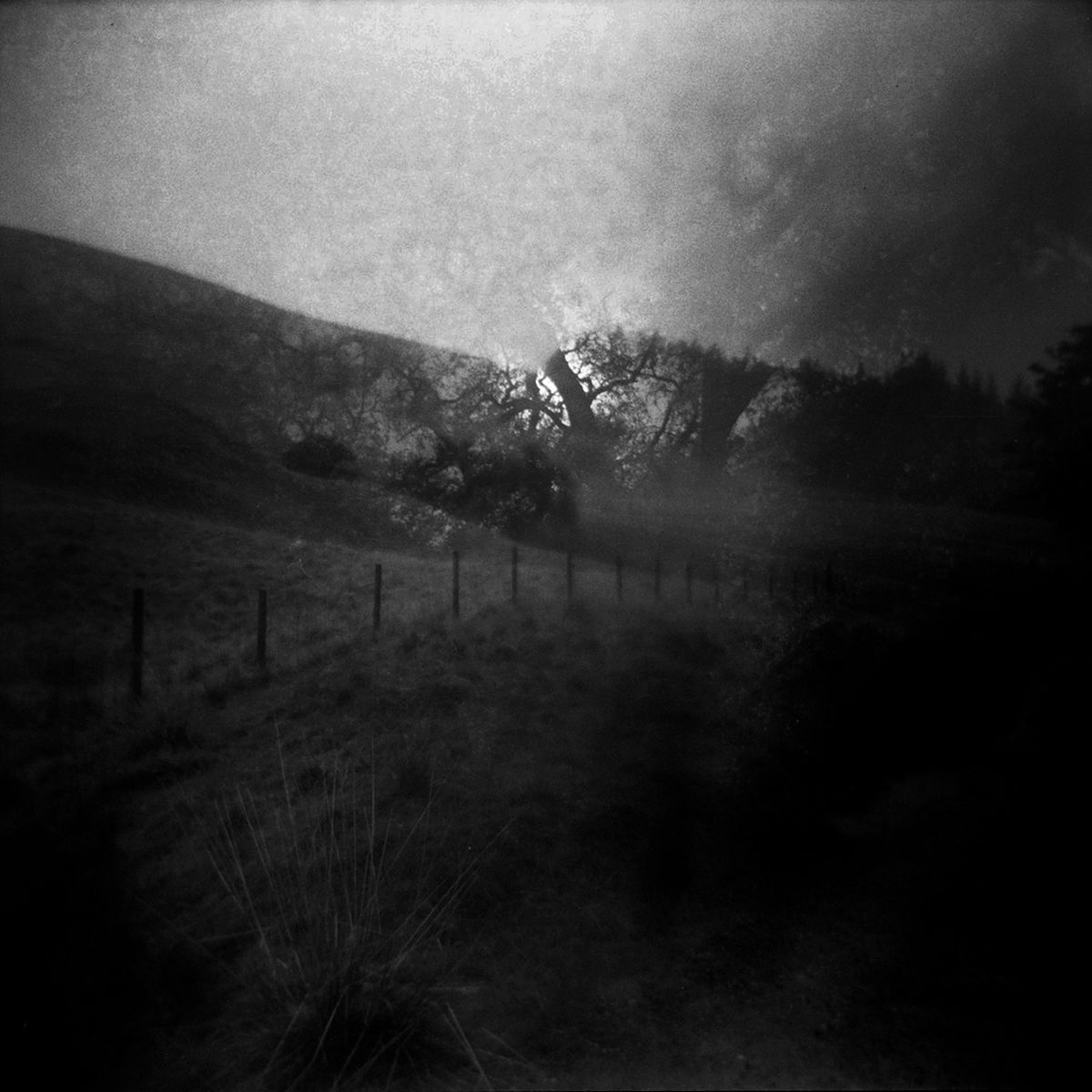 Under the unseen sky 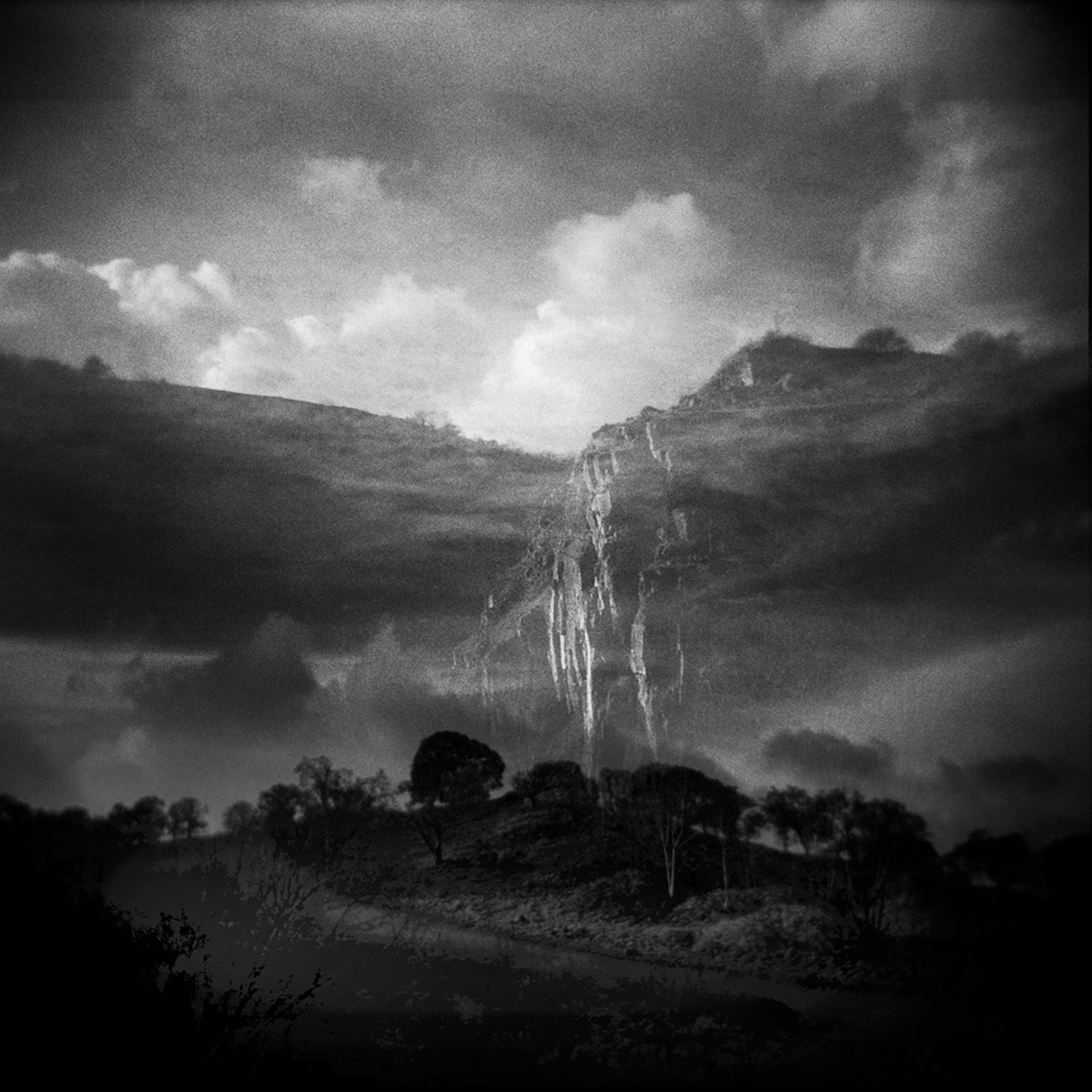 Memory of an unseen country

We each start with one roll of film and expose the roll as we normally would. Then, we rewind the film and pack it up and send the exposed roll to the other. Each of us then re-exposes the film through our own camera, creating a double exposure. We never plan the photographs,  relying on serendipity and knowing each other’s work. Realizing, that this is likely to influence the exposures we make, whether or not with conscious intent. Over the years we’ve become better at predicting what the other might do. Yet there's still a glorious element of surprise once the films have been developed.

J.M. is based in California and Al is based in the North of the UK. We are two different people in two very different landscapes trying to make something that connects us despite our geographical location, as we offer each other, and receive from each other, opportunities to elaborate on our unseen work. And that was what it is all about: making a connection, a friend, and a long-term collaborator. In what is a fairly solitary pursuit one of the most important and wonderful things about photography are the friends we’ve made because of it. 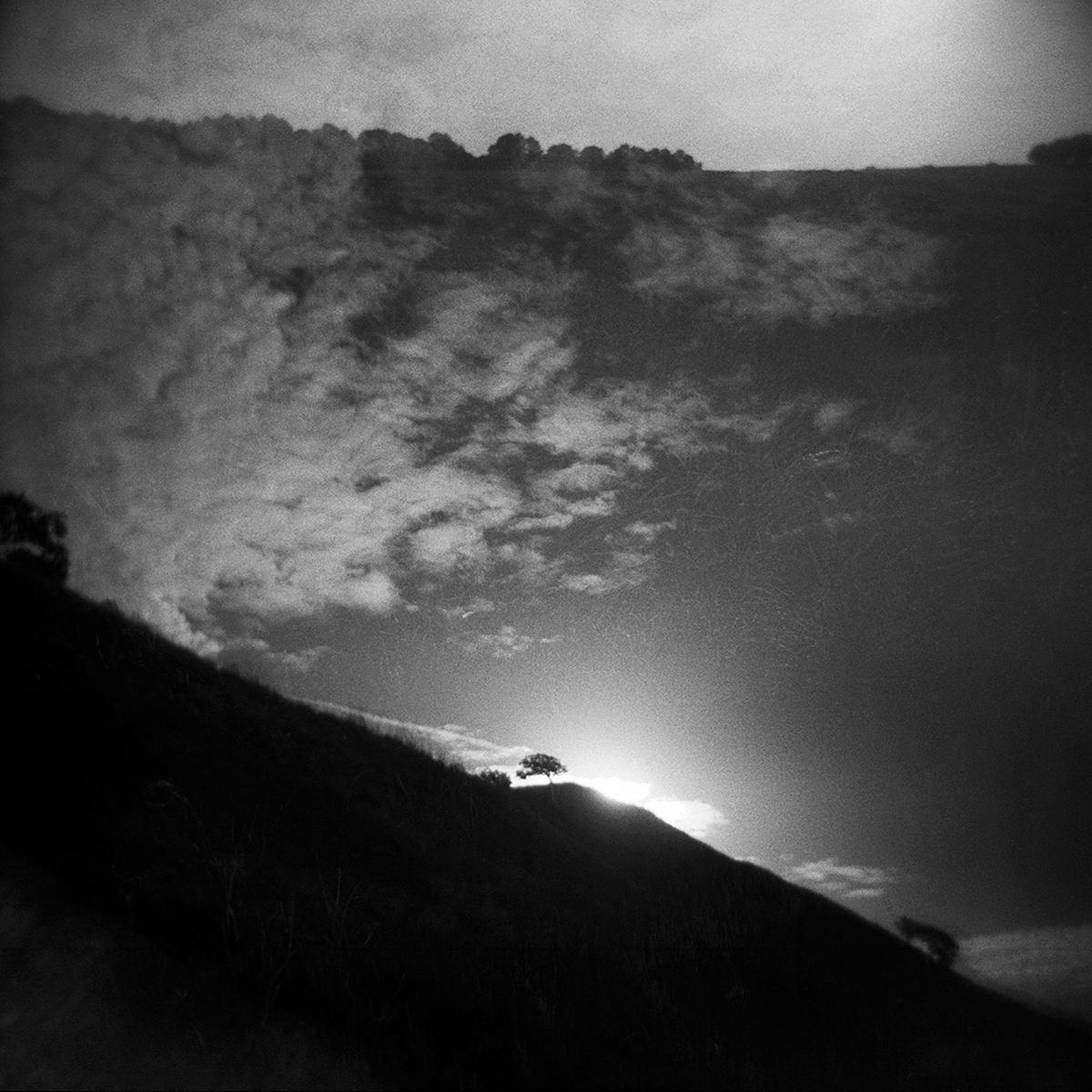 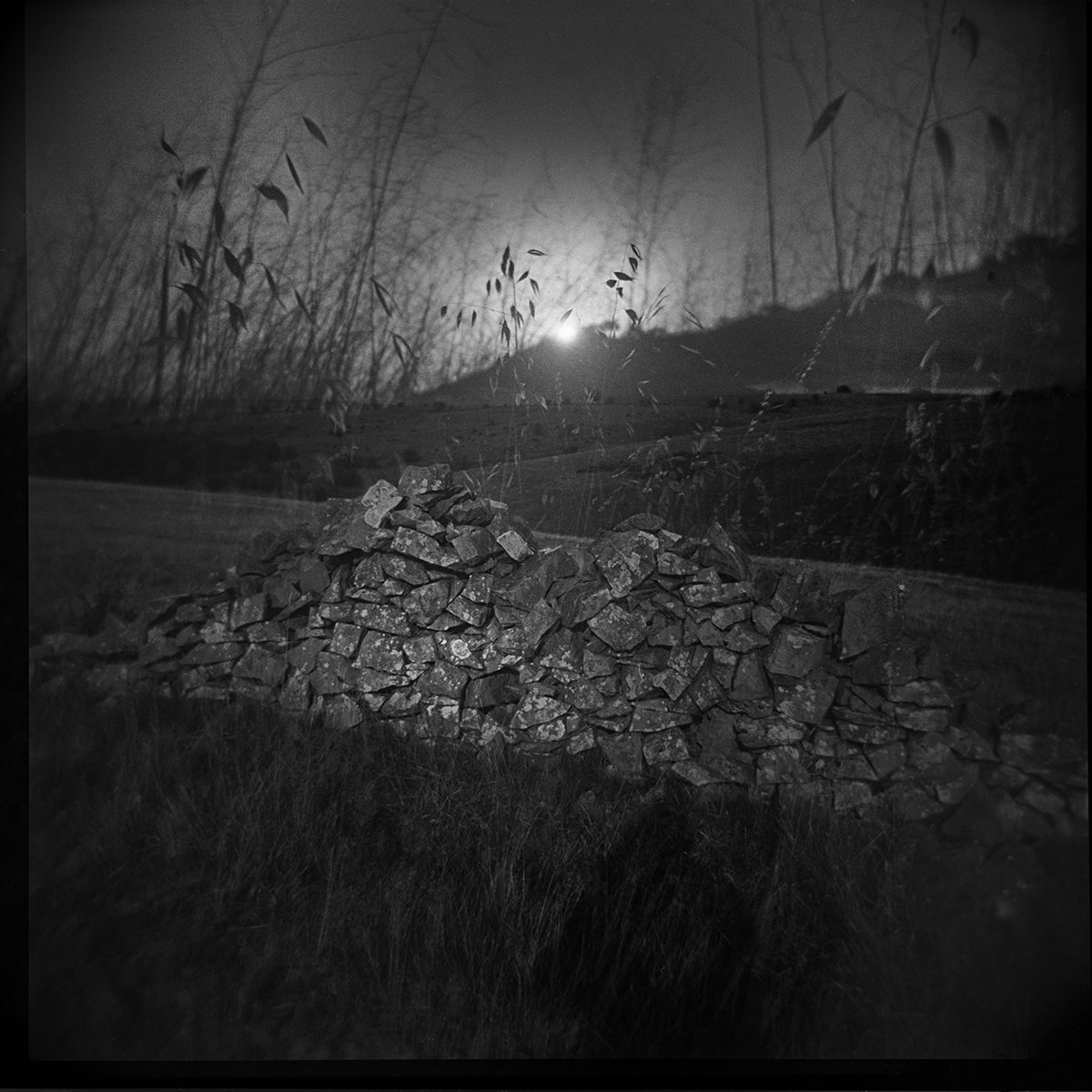 A blend of landscapes and personalities

The images produced are a blend of our two differing landscapes and personalities. We are attempting to create a world that only exists in potential. The chances of each image being made are so impossibly slim. The times of the day we both go out, how we feel on those days, what we see, the random elements in working with Holgas, etc. All the rigours of a standard day out making photographs with the added possibility of another person’s photograph already there on the undeveloped film. We use the connection between our imaginations to create a landscape that doesn’t exist – yet manifestly exists in our photographs. The films are developed, the photographs shared. Then we go back to our own lives and own practices until the next time. Our friendship and photographs remain a happy constant. We believe we will make this work for as long as we can. 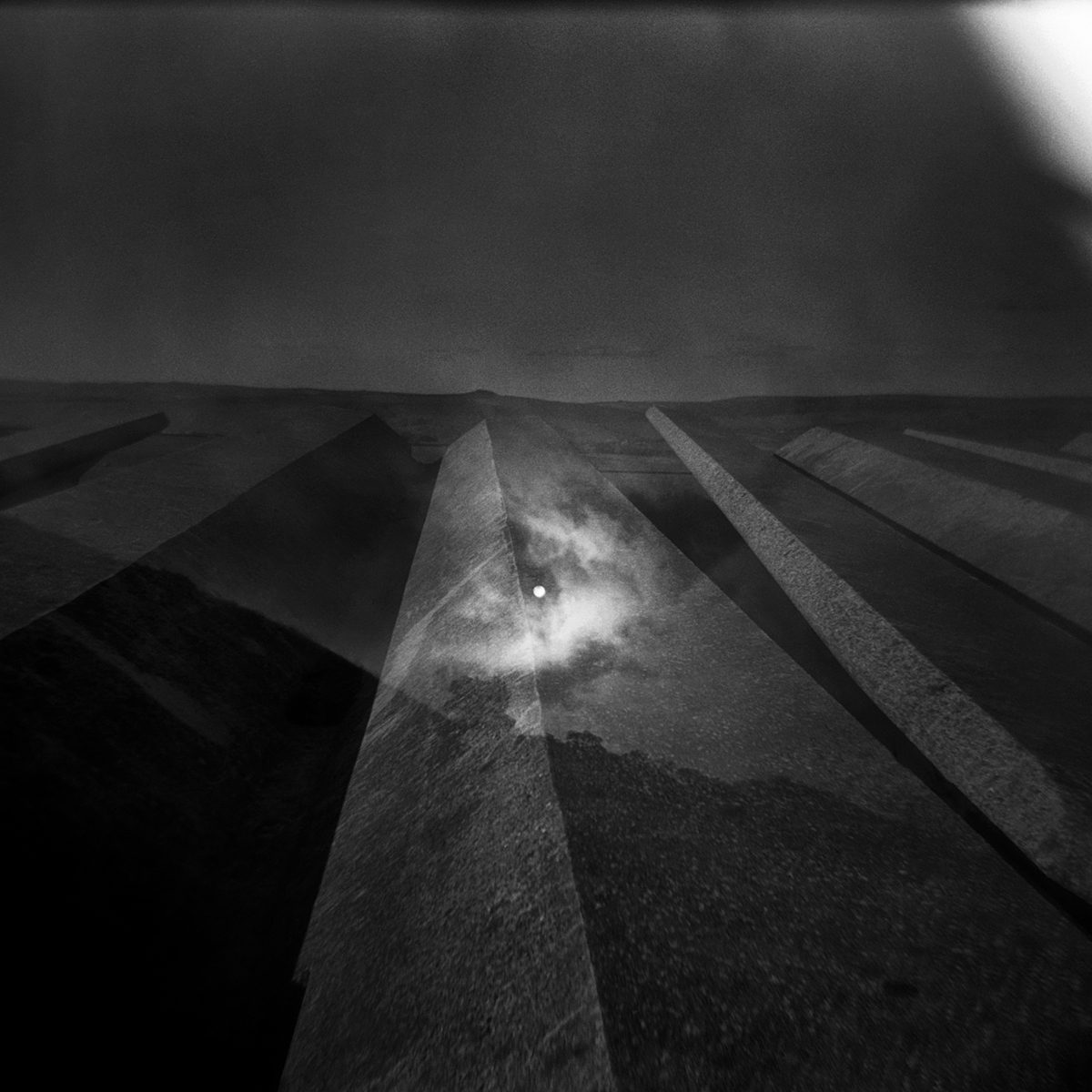 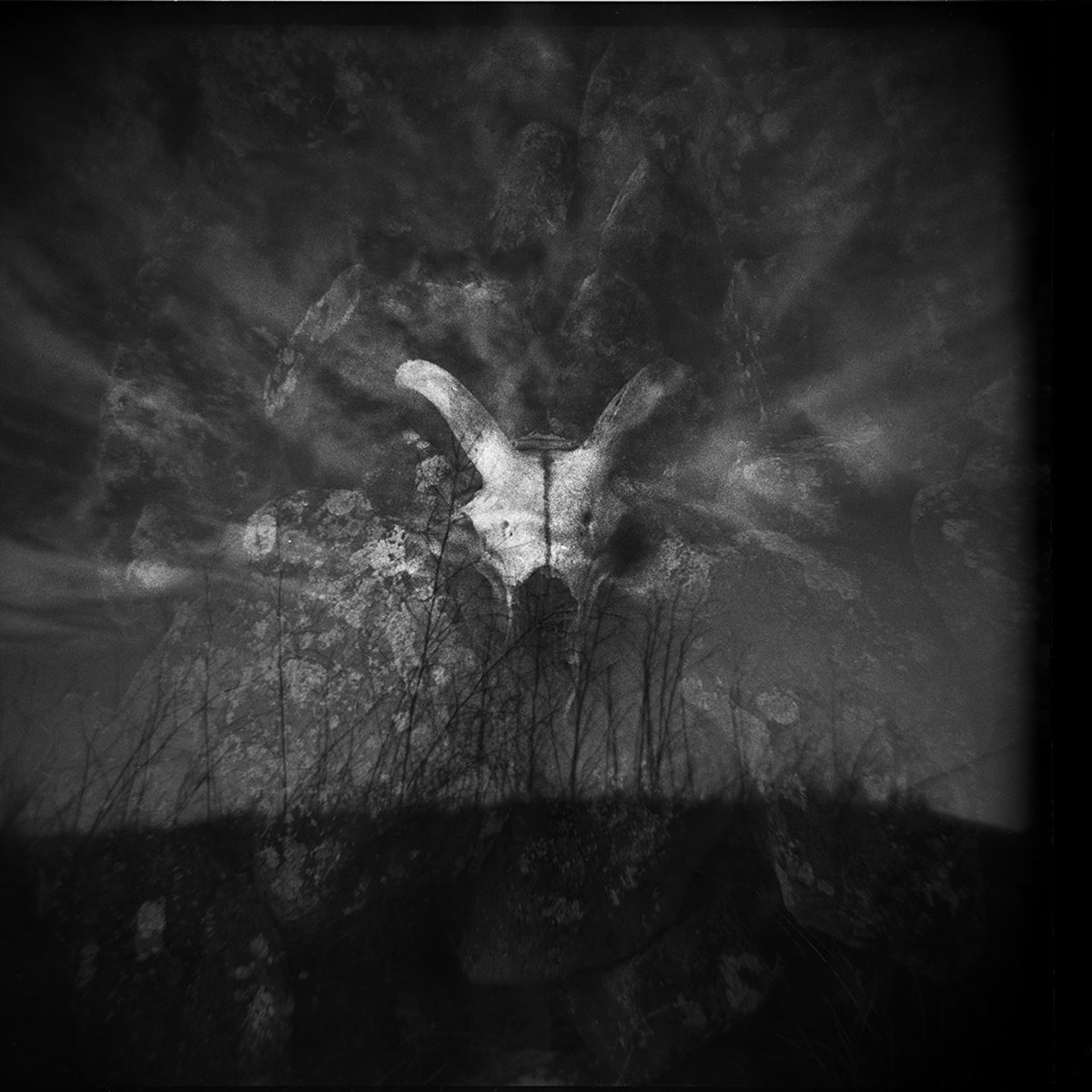 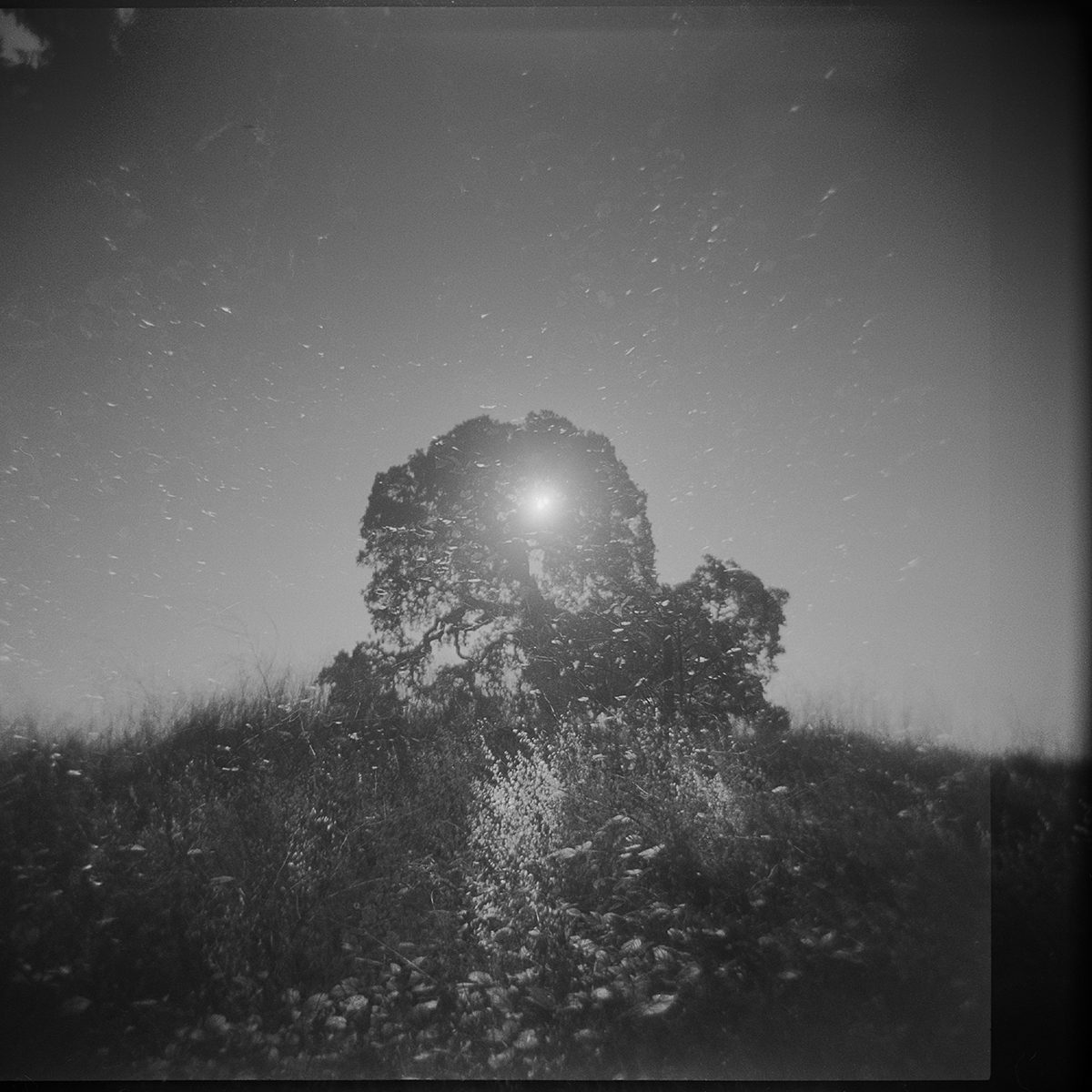 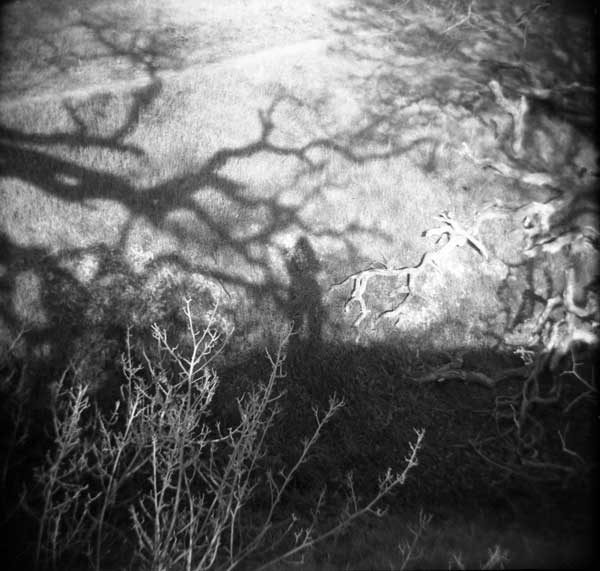 J. M. Golding is a photographic artist whose work explores the emotional and symbolic significance of the natural world as it reflects internal, subjective experience. She primarily uses traditional photographic techniques, working with plastic, pinhole, and vintage film cameras and making cameraless photograms using cyanotype. J. M. is based in the San Francisco Bay area. 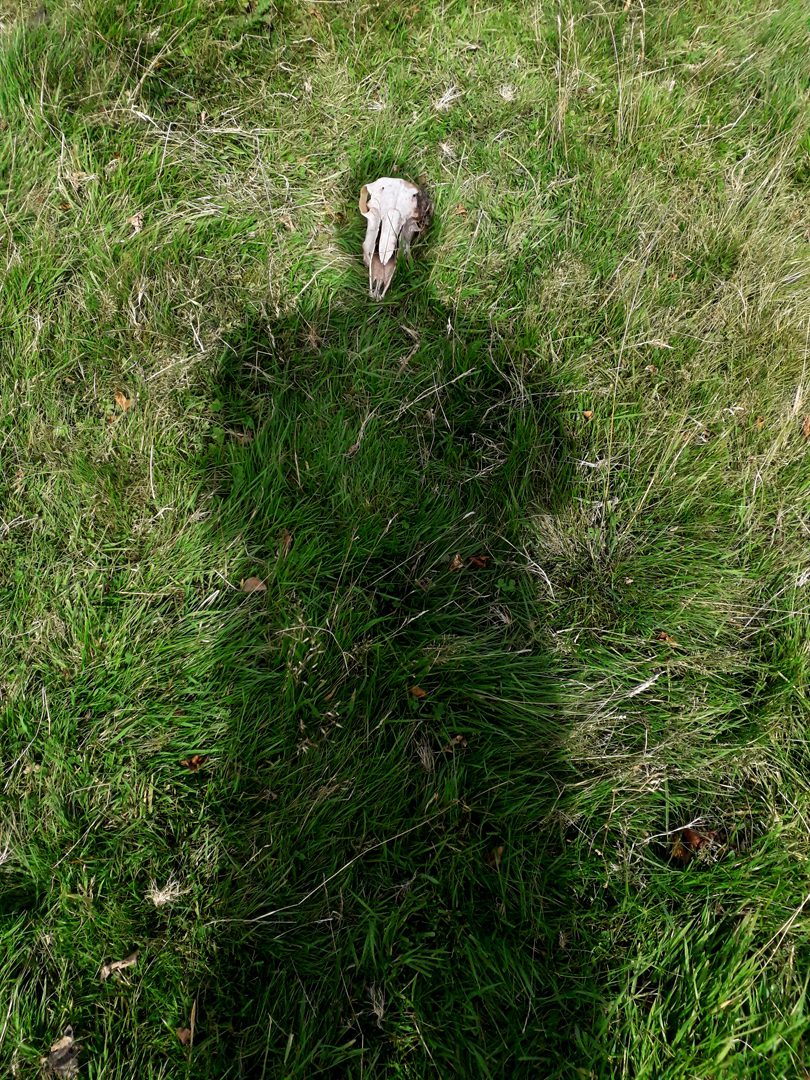 Al Brydon is a photographer based in the north of the UK working on long term photography projects. His work has been published and exhibited both in the UK and internationally. Brydon is also a Co-founder of the Inside the Outside collective. Using photography as a vehicle for storytelling, he is interested in the history of the landscape and human interaction and alteration of it.