Of course, we see in color - but vision is just one part of how we sense the environment and moments. In the mountains I see tremendous peaks, I feel and hear the storms, freeze, and feel emotions from success, failure and intense personal experiences. All that black + white can convey more intensively - for me this is not a reduction over colour photography, but an amplification of impressions.

This is the translation of a short text I wrote a few years back for the German Schwarzweiss Magazine.

Since many years I have been travelling the mountains of the Caucasus, Pamirs and Tien Shan, searching for new ski descents, adventures, cultural experiences. While I do embrace digital technology, B/W film photography has been the core of my photography since the start. I always carry a Contax T3 film camera on each photo project. At the end of each trip, the film images are the ones that stand out.

When I photograph, I want to tell a story or capture the feeling of a certain moment. I also like the concept of photo stories – one to three images and a short text. In my images, I like to show the relationships of people and the mountains, but give the mountains the dominant role.

My preferred film is ILFORD FP4+, which also has replaced the AGFA APX 100 and Fuji Acros that I used in my early years of film photography. FP4+ has nice tonality, sharpness, grain and forgives a lot in terms of exposure and development – and it dries flat. I usually develop the films at home, with ID-11. For landscape work I also use Delta 100, and I have a few rolls of HP5+ in my bag, in case it gets dark. The film works just well from ISO 400 to 1600 (I actually think pushed to 800 is its sweet spot).

I inspect the negatives with loupes, pre-scan a selection with a Nikon Coolscan 8000ED, and send the best images off to Flextight X1 or X5 scans.

A climber on the summit ridge of Pik Shota Rustaveli. The mountain is named after one of the greatest and influential Georgian poets, most know perhaps for "The Knight in the Panther's Skin." The peak is also part of the Bezengi Wall, an over 12 km long ridge with several summits over 4500-5000m. During each journey to Georgia, I inhaled more of the fascination of the Georgian Caucasus. At the end of a quest for skiing 3 great first lines on the country`s 5000m peaks, Georgia had become much more than a destination for travelling and skiing - a deep fascination for the country, culture and the people manifested itself inside of me, and I would continue to visit the country countless times. Today I live here. After years of photography, this image has become one of my favourite images in my collection. Climber: Robert Koschitzki. 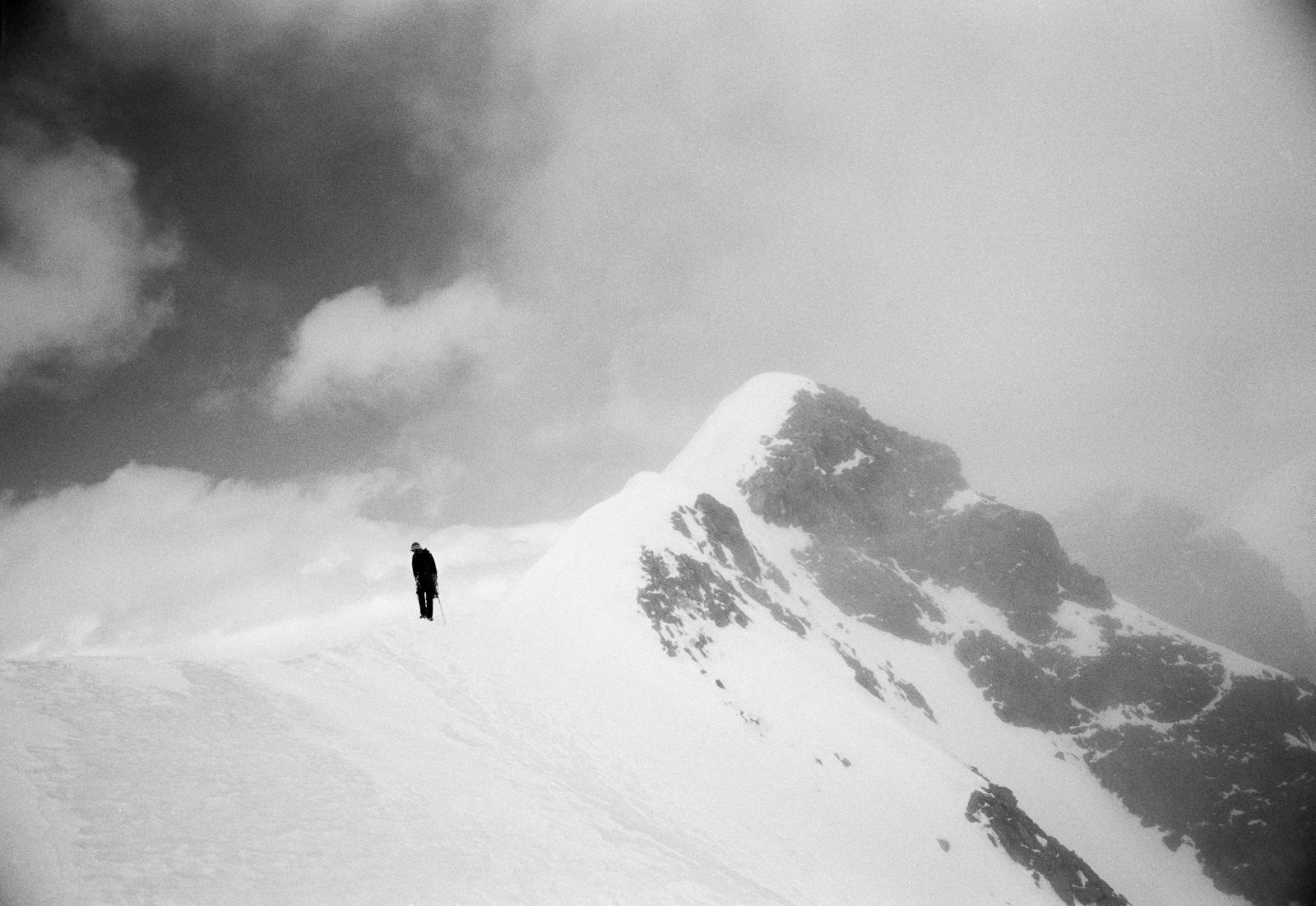 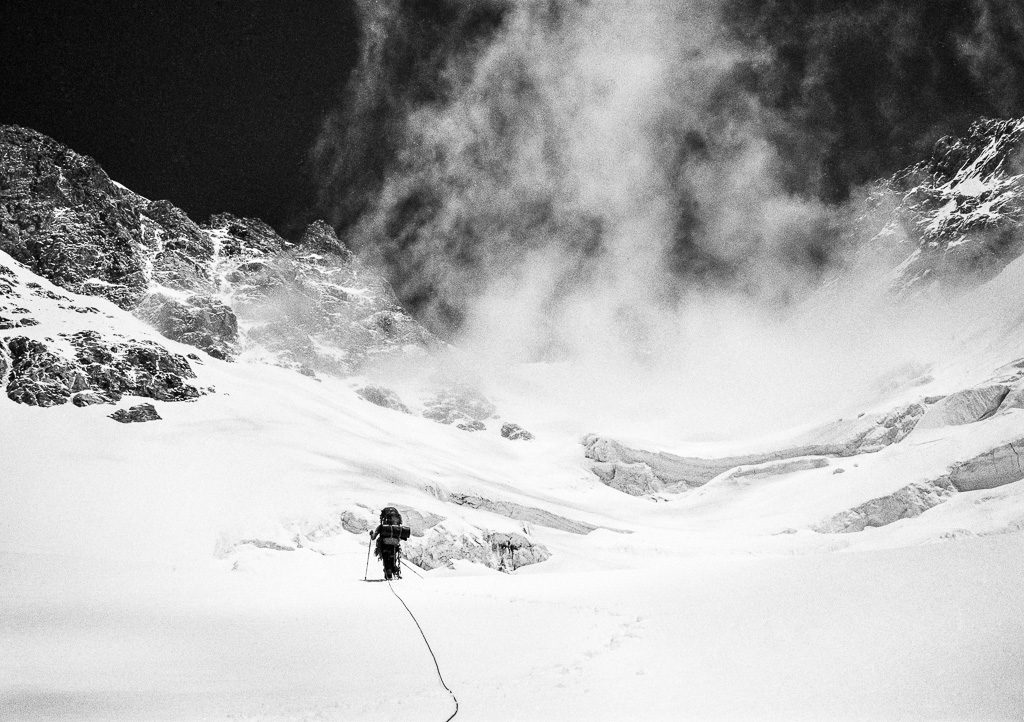 Robert Koschitzki on the remote, heavily crevassed and rarely visited south side route (4B) of Janga-Tau (5058m) in the Caucasus of Svaneti/Georgia. Taken prior to making the first ski descent of the mountain and route. June 2012. Contax T3, B+W yellow filter and ILFORD Delta 100 (in DD-X). June 2012 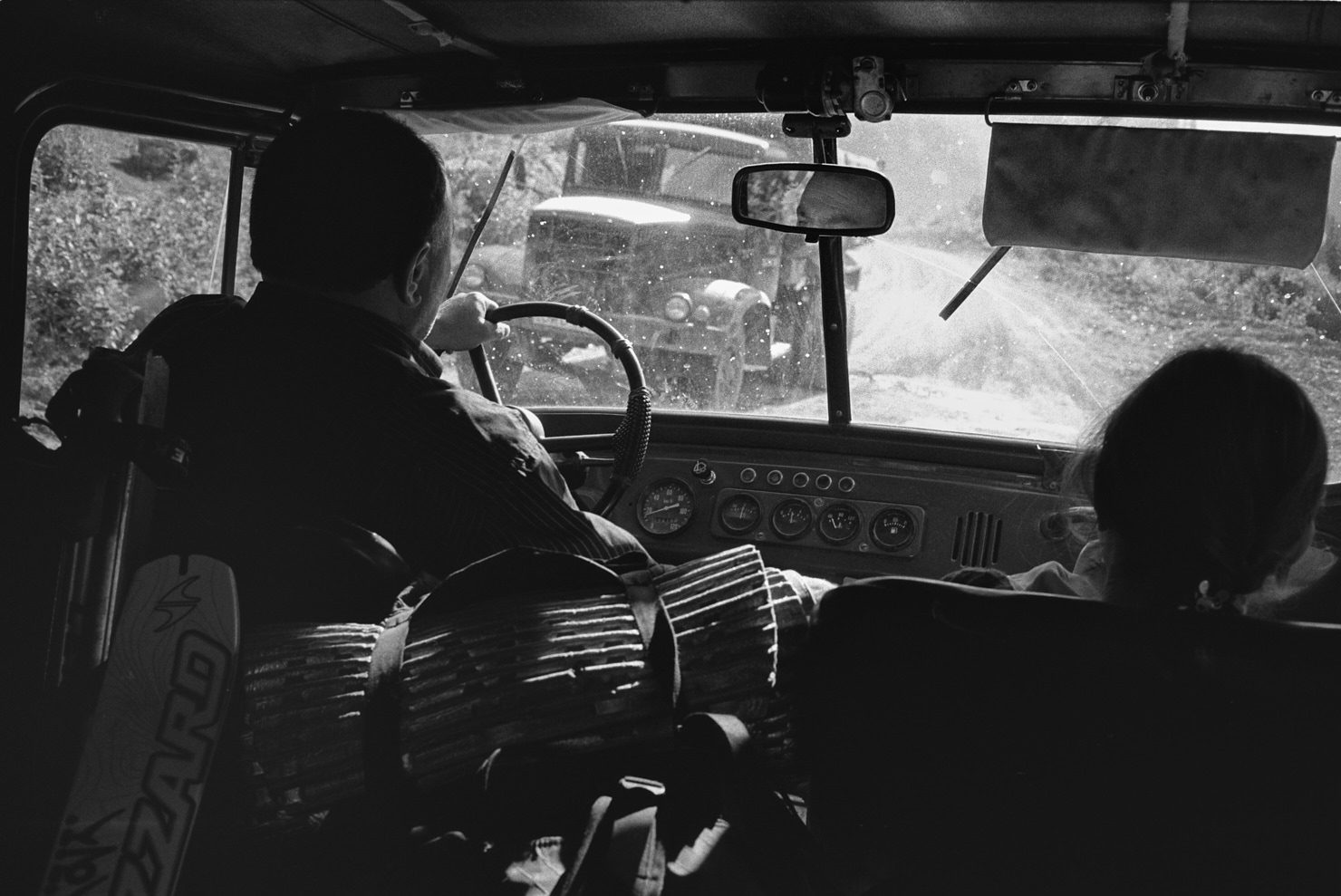 Mkinvartsveri/Kazbek (5047m) is the most famous peak in the Georgian Caucasus, surrounded by myths and religious traditions. It was the first peak in Georgia I climbed and skied in 2006…and in later years I skied several other new, steep routes.
Still, there was the remote, rarely visited and unskied northeast face. In May 2013, I returned to the mountain one more time. Trevor Hunt and I ascended the rarely climbed Japharidze ridge and N-NE face to the summit. We were, together with Georgian climbers a few weeks prior, the first people to climb this route in over 50 years – and the first to ski it. The image was taken the moment the clouds lifted, giving me an overwhelming view of the peaks northern ice cap. 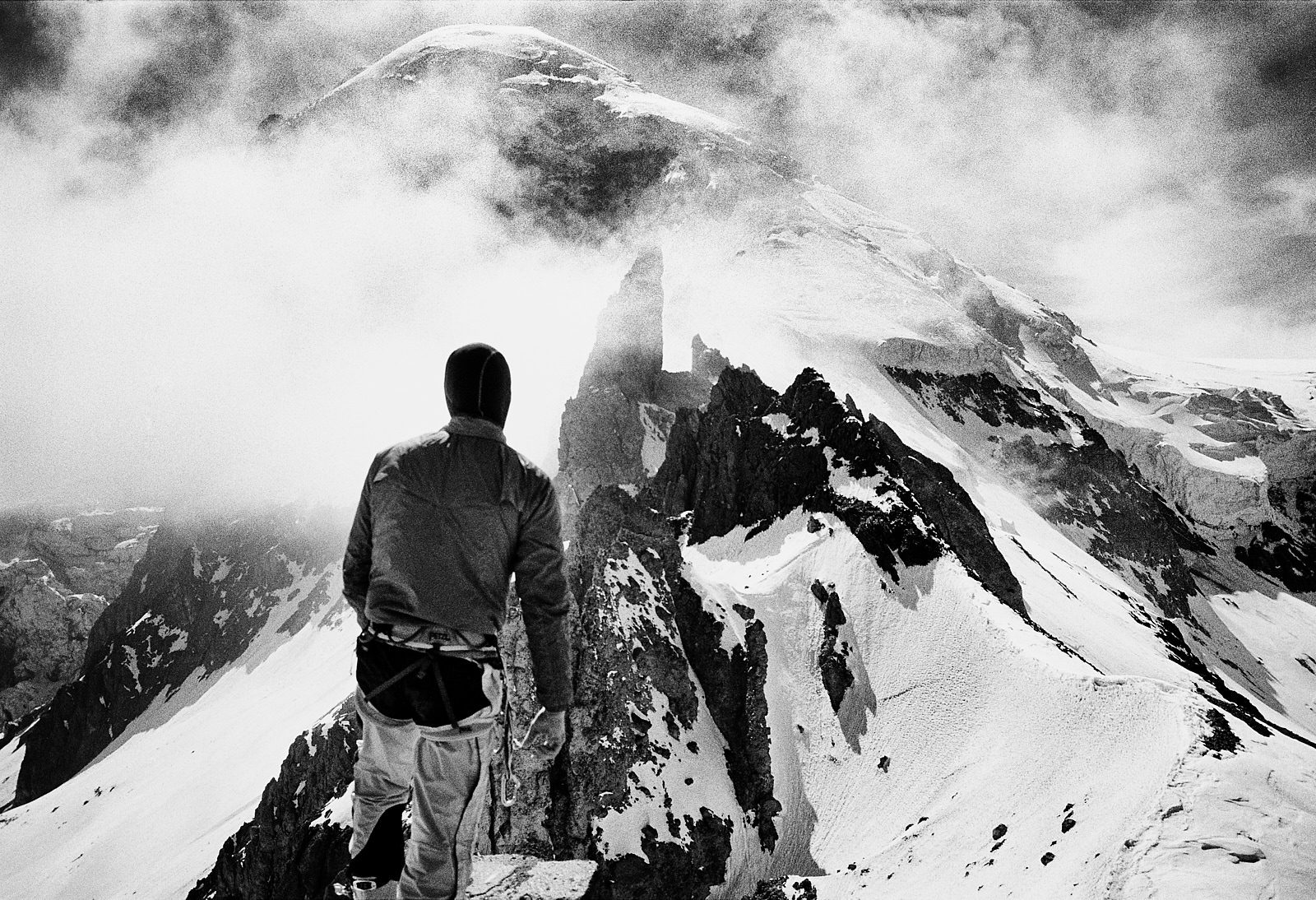 In May 2013 I finally stood on the SE couloir of Chatyn-Tau. The route is visible from Mestia, and skiing it had been on my mind since I came to Svaneti in 2010. Together with the Canadian steep skiing legend Trevor Hunt I finally attempted skiing this intimating couloir - rising 1800 vertical meters from the Chaaladi glacier, with bergschrunds and crevasses, a narrow mid-section and the upper section with over 55º. Big, steep, consequential. As we climbed up, misty weather gave the mountain an uncomforting, heavy aura. In addition, conditions were far from good. A few cm of fresh snow sat on top of a hard crust, deep runnels covered the middle section of the couloir.

This image below I captured after the first few turns in the upper section. I watched Trevor do precise turns in steep, icy terrain. Absolute focus and precision were required, falling was not an option. Time seemed to slow down, tunnel vision - eyes and mind are only focused on the next few turns. What laid behind and beyond completely disappeared in the mind - just like the route seemingly disappearing into nowhere in the image. 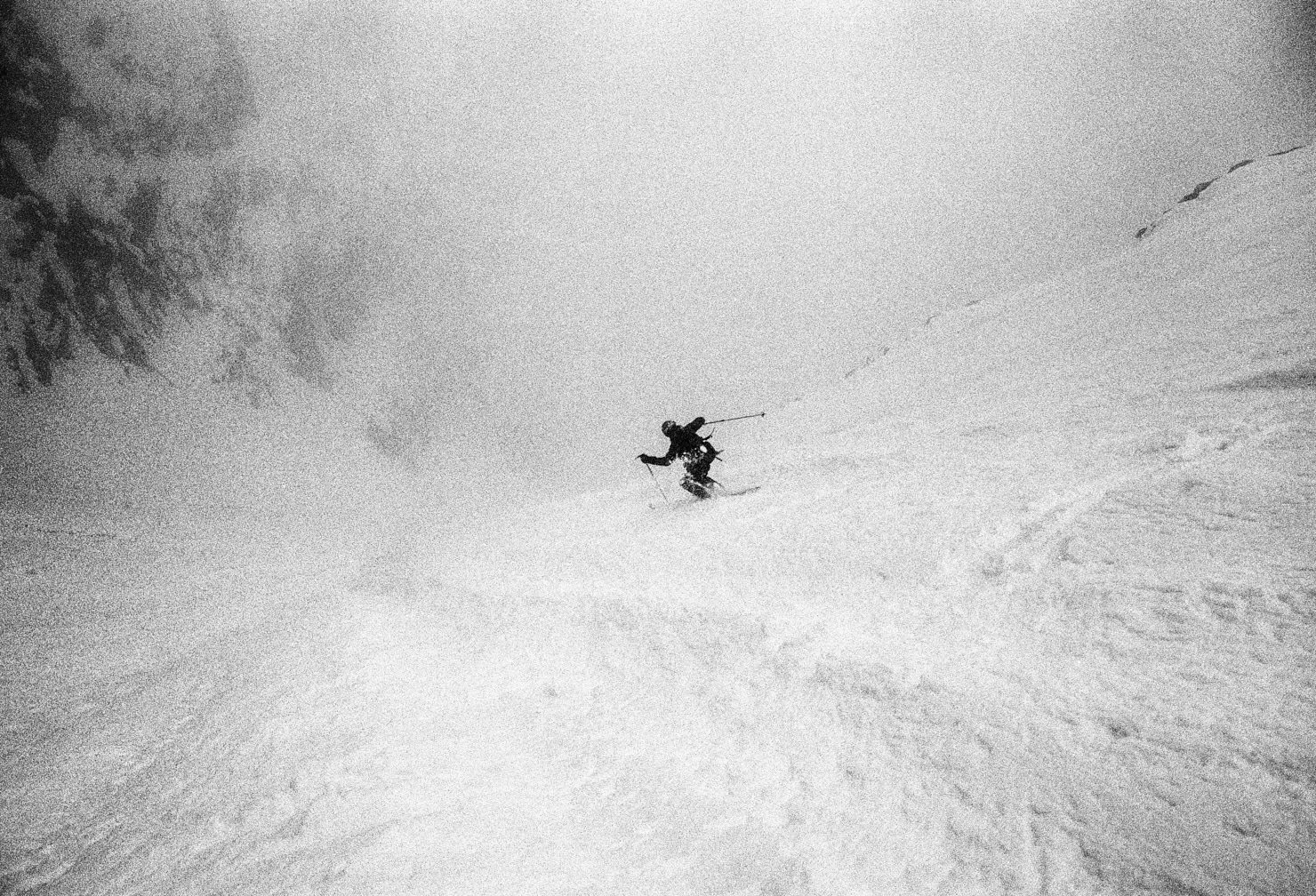 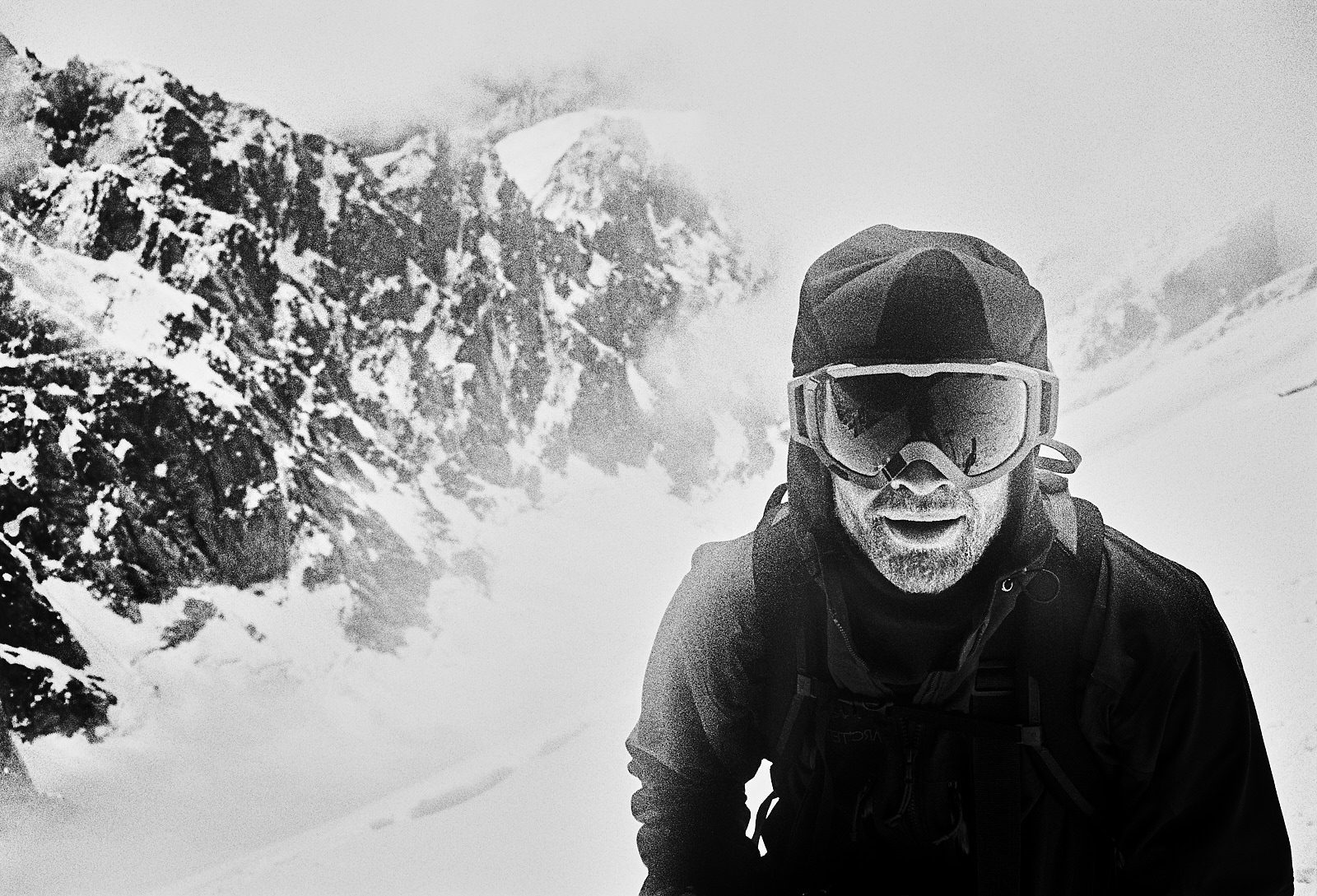 A Matter of Balance

After every difficult climb or ski descent I am momentarily filled with joy and relief, but as time passes, a certain emptiness takes over. When you have put everything into reaching that one goal, what is left when you reach it? It’s a matter of balance – the harder and higher I climb, the more important becomes returning to the valley and to home, to friends, loved ones and family, and embracing the life outside the mountain world. All that is just as much part of alpinism as the mountains themselves. 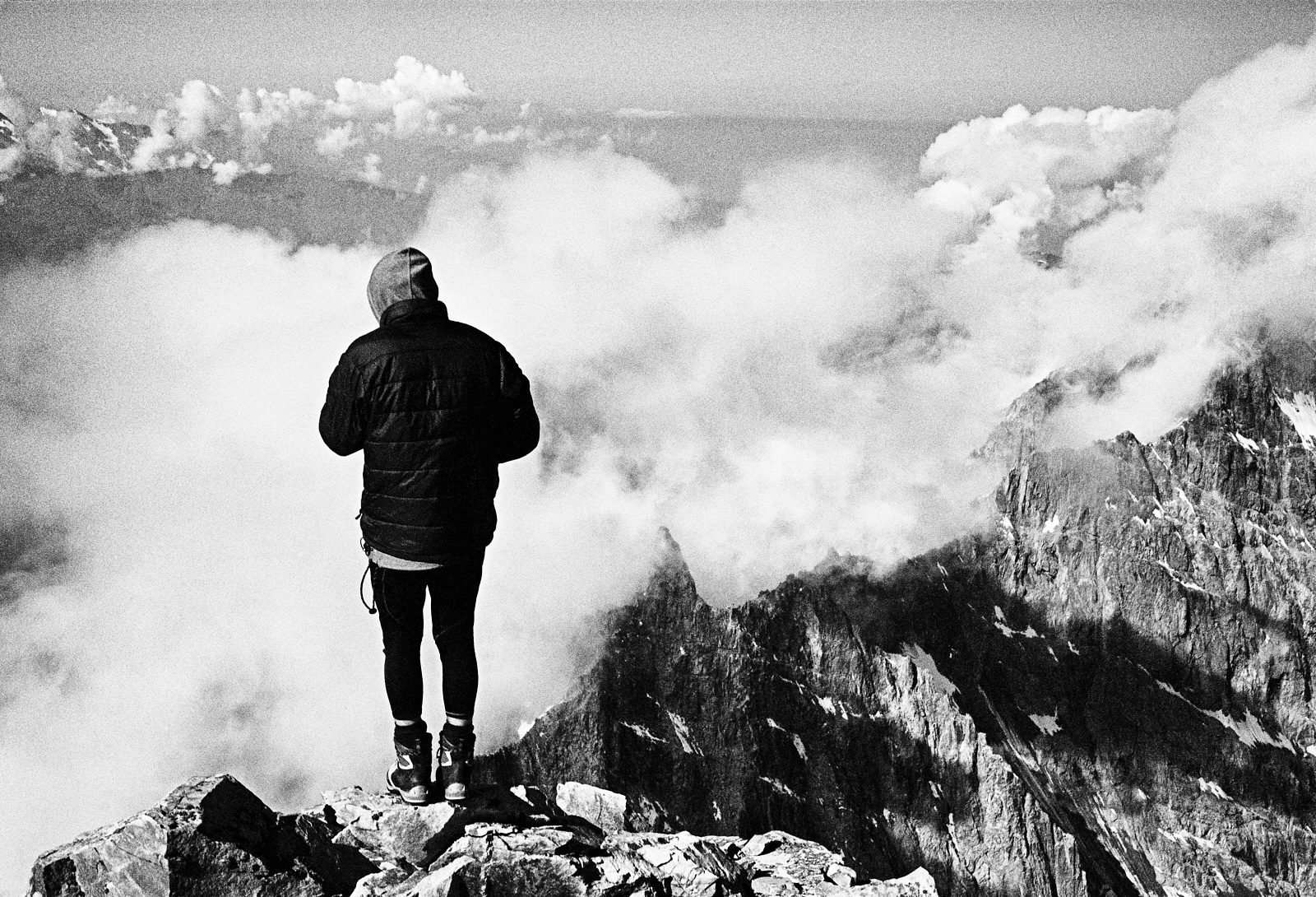 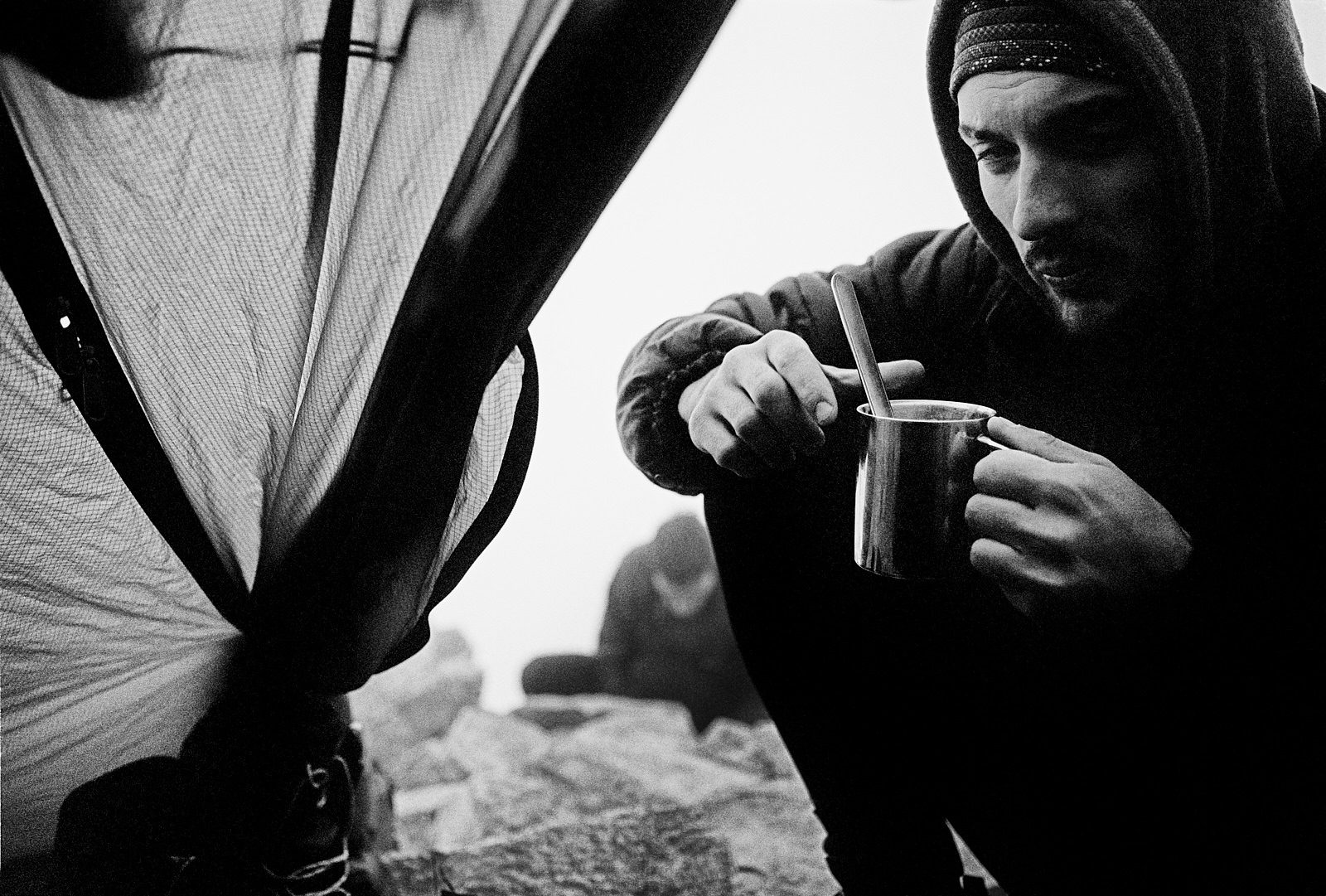 For a long time I had dreamed about skiing a perfect line on a high peak in some remote corner of our planet. In August 2010 Anders Ödman and I travelled to the Kyrgyz Tien Shan. We climbed to the slopes of the remote Pik Pobeda East (6762m), moving through a world of mountains, overwhelming in scale and size. I summited alone, Anders waiting in the last camp. The following ski descent down the NE ridge (to 50+°would become what was the realization of a long dream. An almost perfect line on a truly big mountain, unnoticed by anyone except Anders and me. The question remains what price we are willing to pay for our dreams and goals. In this case the reward was all that mattered. I had no Go-Pro, video or drone, nothing to distract me from a deeply personal experience...just a Contax T3 and several films, and looking through the negatives and prints from this adventure is like reading a small story book. 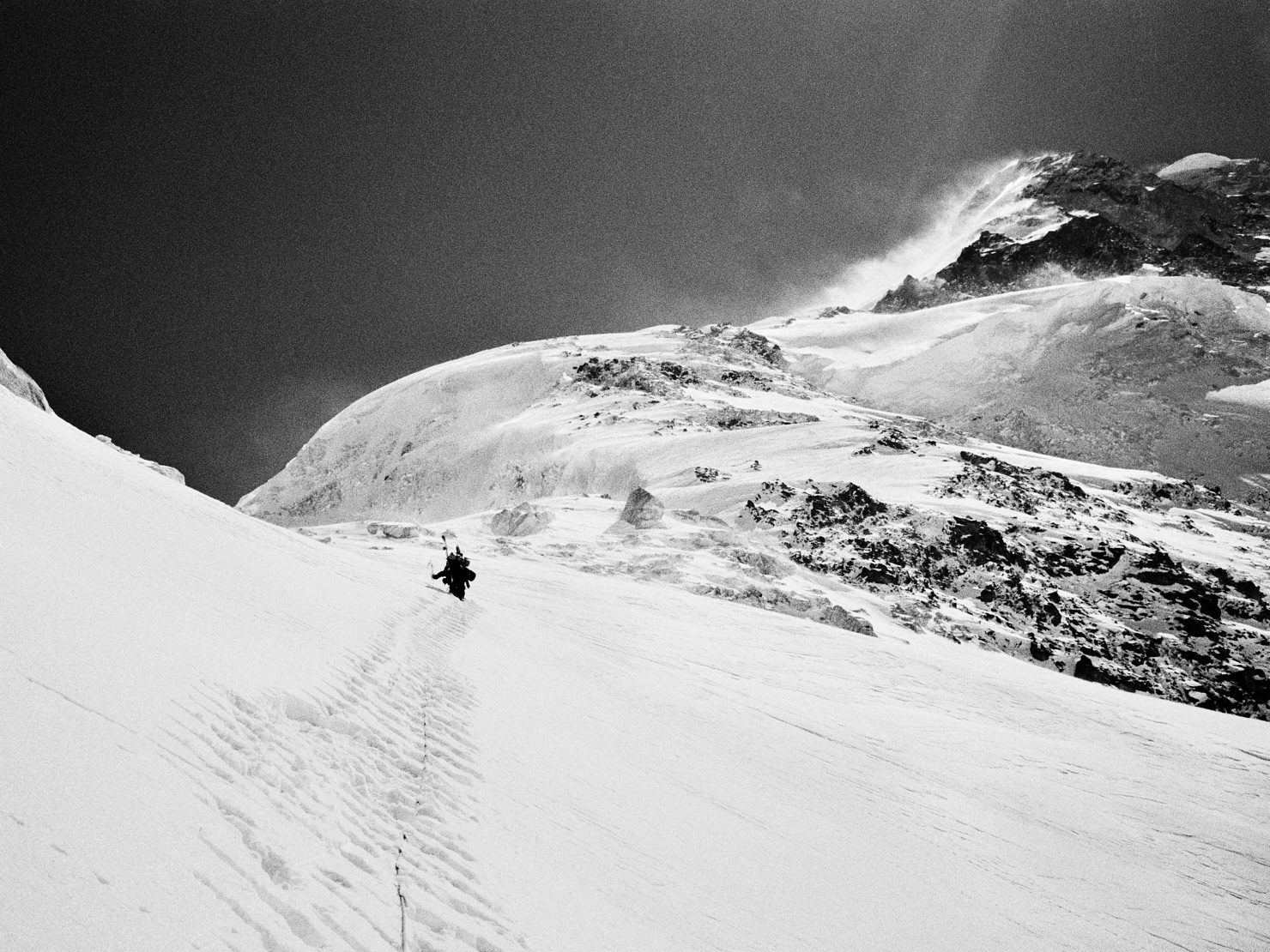 More recently, I have been exploring the potential of medium format with square and 7:6 formats, to introduce a calmness and effect that is difficult to achieve with the 3:2 format. There is a beauty in medium format images that is hard to explain. The larger negatives are so pleasant to work with. Having a physical medium in your hands with special moments depicted on it – that is special and something I realized I do not want to miss. My upcoming photo projects circle will circle around this the work with medium format. Below a few images taken in Northern Norway. 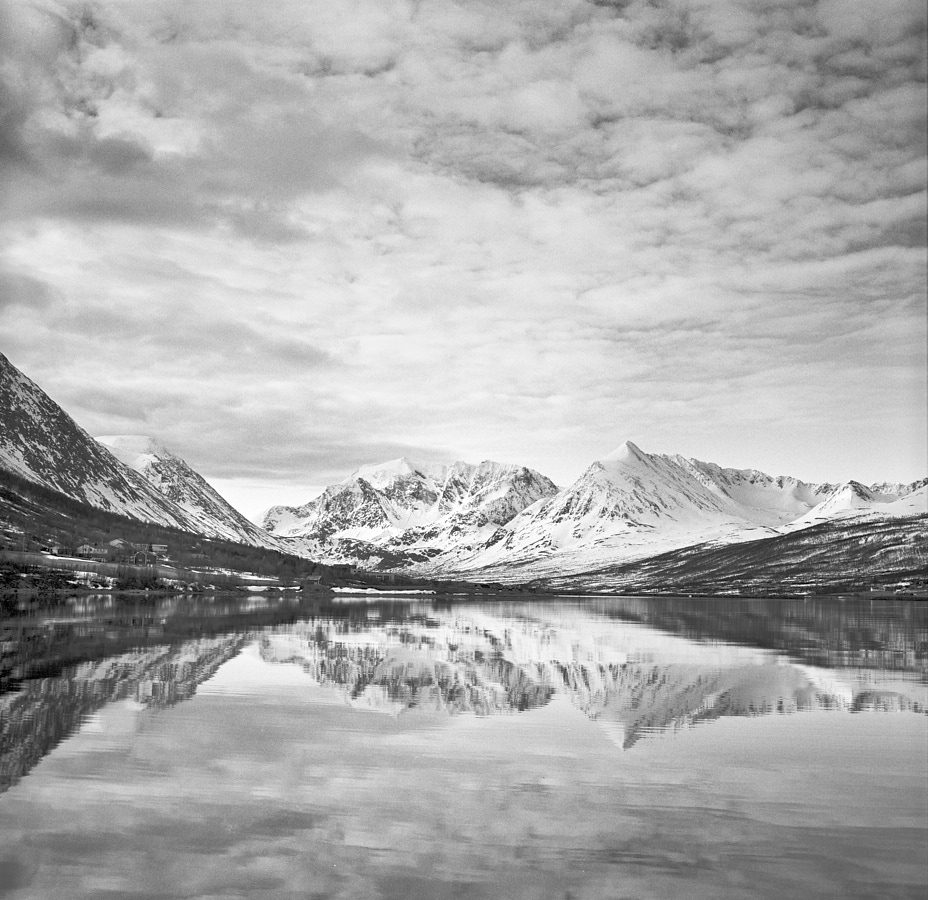 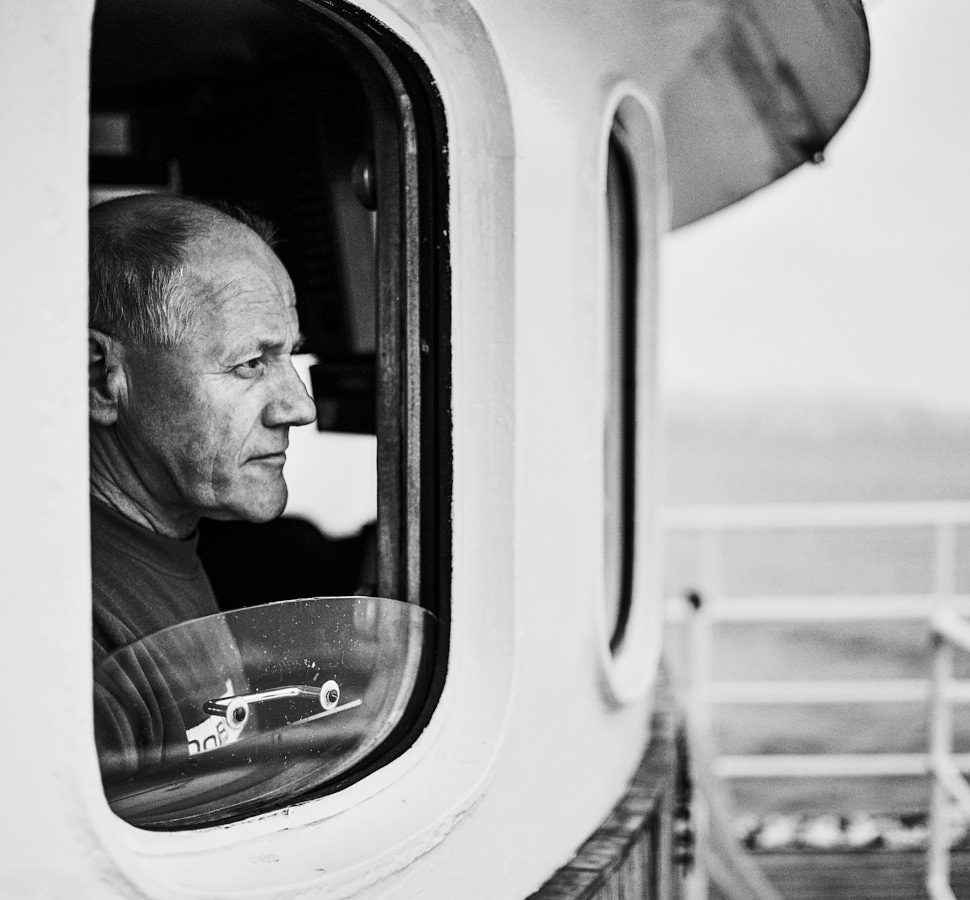 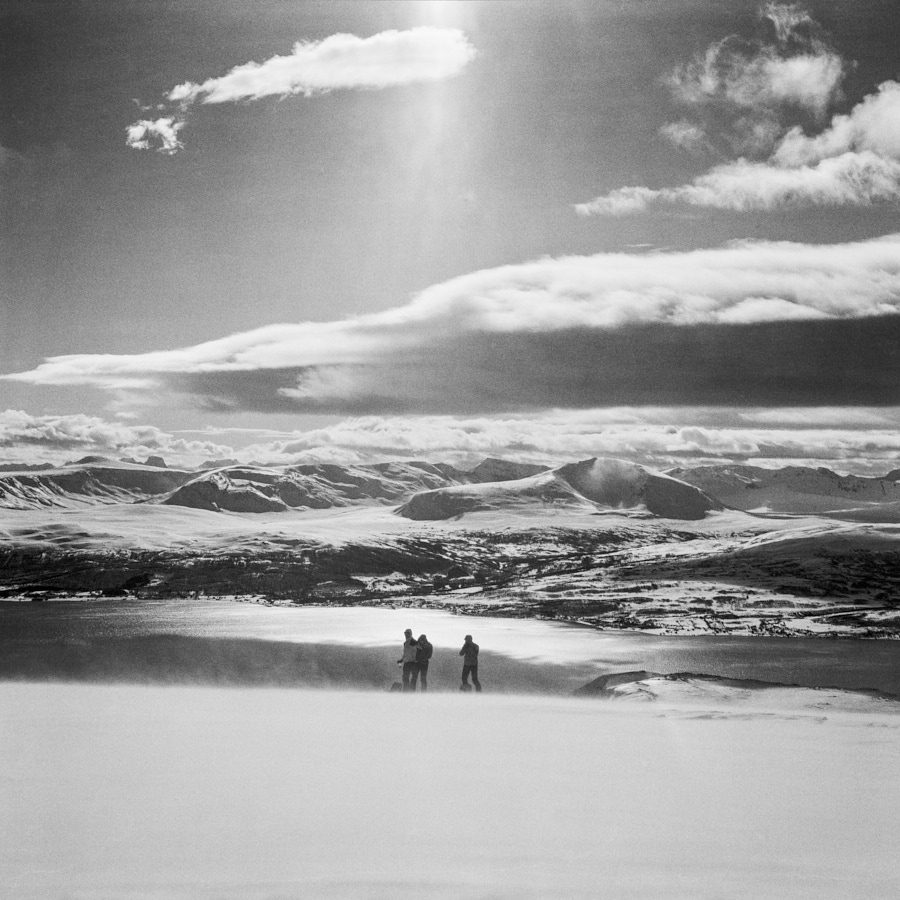 A final word on film

Today I am glad that my best images were taken with film. When you use digital, you normally have a pretty good idea what images you have from a trip, there are no big surprises when viewing them on the screen. With film – when you look at the developed film back in the comfort of your home, you relive the journey, roll for roll.
Most of my negatives are at my parent´s place, and whenever I come home, I flip through the negative folder and relive my adventures and life-defining moments. Also, I can only imagine the pleasure my children and grandchildren will have when they discover my book of negatives.

I guess that is why I still use film.

I am a passionate photographer, ski guide and avalanche technician living and working in Narvik (Norway) and in Tbilisi (Georgia).

My passion for photography started in the mountains. I am an avid ski mountaineer, with several first ski descents of 5000 – 7000m peak in the Andes, Pamir, Tien Shan and South Caucasus. In the recent years, capturing the aura of the mountains and the sport through photography became goal of each journey.

While I started with mountain photography, I also work in the fields of documentary and reportage. This includes work about refugees and displaced persons in the South Caucasus following the conflicts in Abkhazia, South Ossetia and Nagorno-Karabakh.

Four images of mine won Merit Awards in the 2012 and 2013 Single Image Contests of Black and White Magazine, and I have published in the renowned climbing and skiing magazines Backcountry and Alpinist.

I have contributed to two Voigtländer product catalogs, and over 100 images of mine were featured as Leica Fotografie International Mastershots. Furthermore, my work is used by outdoor companies for advertisements, websites and catalogues.

Our DELTA PROFESSIONAL films use the latest film emulsion technology which gives them the advantage of a lower...
Read More

It's beginning to look a lot like Christmas........ With less than three weeks left until the big day, we aske...
Read More

It's taken ages this morning to choose our favourites from the smorgasbord of images that you shared with us o...
Read More

A double set of images for us to go through this week as we ran this #ilfordphoto #fridayfavourites theme of #...
Read More