I'd had this roll of Ilford HP4 for a good few months and was hesitant to put it through a camera. The fact that it was so pristine in it's condition made me feel that whatever I used it for had to be significant. I had to wait for the right opportunity.

As the weeks passed,  I began putting unnecessary pressure on myself to plan a shoot around this one film. It was sitting on a shelf, judging me. At this point I decided to stop procrastinating and just shoot the roll, regardless of when, where and why.

When I broke through the wrapping that surrounded the canister I felt a little disheartened. The labeling looked faded and almost burnt. I imagined that the film had sat forgotten in the glovebox of a car for years. Weathering the hot and cold seasons as each cycle came and went. As I loaded it into my most reliable camera (the Olympus XA) the film advance felt stiff, as though each frame was being dragged against its will past the focal plane.

As you can probably tell, I had low expectations for any results. 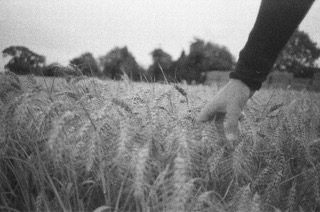 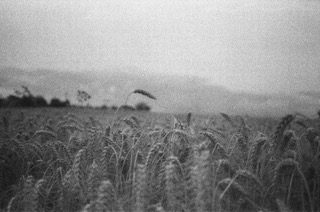 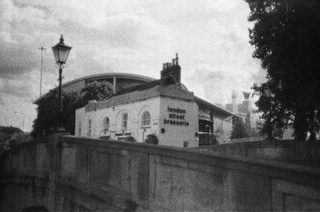 After shooting a mix of urban and natural landscapes I sent the film off to Bayeux in London. I figured that if there was even a slim chance of salvaging some images from the roll, they were the people to produce the results. If you don't know already, Bayeux are a professional printing and development lab in central London. While they are more expensive than your high street 1 hour photo developer, their quality is worlds apart and hard to beat!

A few days passed until I received a call from the lab. 'So the ILFORD HP4 you dropped off...we got something out of it'. With a sigh of relief I opened up the digital files to find a lot of grain! Despite this I like the feel of the images I got back, there's a moody and fatigued aesthetic that I find interesting.

Could I have found a more interesting subject to shoot this roll? Probably, but I think sometimes it's important to just get out and make something rather than let hesitancy eat you from the inside out and be held hostage by decision paralysis. I'm hoping to shoot more vintage films over the coming months, each one I will aim to document in a similar arrangement as this. 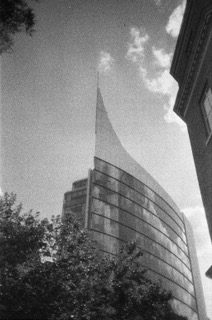 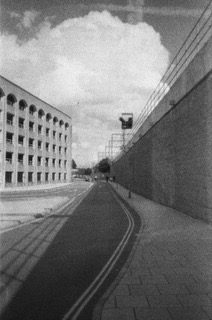 For those of you interested in shooting expired film, I mention in my video about my process but I thought I would reiterate this below for some clarity.

When shooting expired film this is the rule I follow.

In the case of the Ilford HP4, as it expired in 1971 I shot 4 stops down.  I might have considered 5 if it wasn't for the fact the Olympus XA only goes down to 25 ASA

I’m a writer and photographer from the South East of England. Focusing mostly upon architecture and street style photography, I use a black and white, minimalistic style to express my view of the world around me.

I also write a personal blog that shares my experiences as a creative in the hope I can help others   who feel challenged both mentally and physically to get things done.

Recently I have started a Youtube channel which explores shooting with old cameras both digital and film. I want to create content that isn’t just about fancy gear and megapixels. I feel that there is far too much emphasis on equipment, rather than telling a story or expressing yourself through images. This has the opportunity to alienate people from wanting to try photography in the first place!