The problem of buttons and why I love a film camera… Posted On 9th May 2016 To Magazine, Stories & Cameras

I’m a passionate film photographer. There are plenty of us about and indeed plenty of reasons for choosing film as a medium. Many of these reasons are quoted ad nauseam by any and every film photographer. One of the biggest problems I have with digital photography is that it's given film photographers a soap box to waffle on about how much better film is… Yawn… I’m going to make some assumptions about the audience of this blog, and as such I’m not going to repeat all of the justifications usually touted by film photographers; you will quite likely be familiar most if not all of it and probably fairly bored of reading about it. 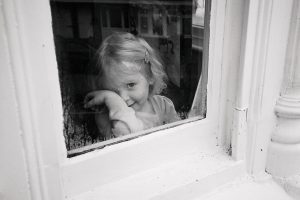 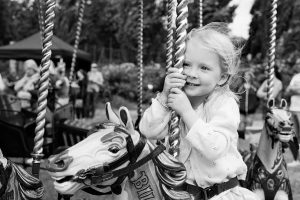 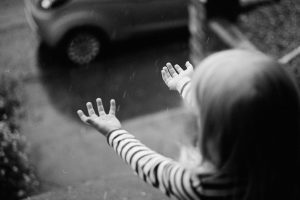 What I do want to talk about though is buttons. Or more specifically my dislike of buttons. No, I’m not a Koumpounophonic like my mother-in-law. I’m not talking about buttons off clothes, I’m talking about the ones you find on cameras.

Not another film vs digital argument

In my life as a professional photographer, I can’t and wouldn’t avoid using digital cameras. We have recently picked up a job shooting novelty cookware; chocolate fountains, slushy machines, that sort of thing. It’s very hard to think of any reasons why I’d shoot studio shots of such things with film. It’s just not practical in this day and age. Digital gives us instant feedback, and allows us to take 50 photos of the chocolate fountain to get just the right shape of molten chocolate pouring over the edge without any impact on the cost of the job.

Regardless of this, every time I set foot in the studio I am reminded of my dislike for buttons. We shoot a Sony camera, it’s a ridiculous thing, 40 odd mega pixels, eye watering dynamic range, low light capability beyond any possible real level of usefulness, and – you’ve guessed it – a massive quantity of buttons. 4 of the buttons don’t even have designated functions; the camera does so many things that it has to have 4 buttons that can be programmed to function at the whim of the photographer. Once you’ve programmed them, you then have to remember what each one does. This can be very confusing when your second camera body is a previous generation and has its 4 programmable buttons in different locations on the camera.

What’s ironic is that in the studio shooting products – the time I’m most likely to opt for digital – I’m arguably in a position with the least need for all the buttons. All I need to do is set the shutter,  the aperture,  the ISO and focus, all things I do manually. I don’t even need a screen on the camera, as with the camera tethered to the laptop I get all the feedback I need on a high resolution monitor.

Of course, blaming the buttons is a little like shooting the messenger. They are merely a product of the vast array of functions the camera has. Functions that in my opinion have got completely and utterly out of control.

Abusing the concept of automation

This is the point I feel I can point out that this is not yet another “film vs. digital” argument. Digital photography is not to blame for over complication of function. Leica proved this when they made the Leica M60. A digital camera with a shutter dial and ISO control is just as viable a machine – depending on preference – as any other digital camera. No, my beef here is with the manufacturers of cameras, and in fact what I see as the abuse of the concept of automation. Automation is supposed to make things less complicated although in reality it’s had the opposite effect. Combine this with the almost blind path toward technological convergence and we are left with machines that do everything, and yet somehow nothing more entirely simultaneously.

Technology removes the need to think

Don’t get me wrong, I think technology is wonderful, it’s a fascinating beast who’s constant development moves at a pace faster than human development by an order of magnitude. So fast in fact that when we create a computer that becomes unbeatable at an immensely in-depth board game, we have to remind ourselves of the danger of what we are creating.

The problem is, it’s become a distraction. In many fields – with photography being a very good example – it’s become a something that takes as much as it gives. Would you believe my Sony A7rii has a mode called Automatic AF. Automatic automatic focus! Just take a second to think about how ludicrous that is. Don’t ask me what it does, I don’t know, and I don’t care. But I guarantee you that for whatever it achieves for the user, it provides just as much of a reductive experience as it does the opposite. In short, technology like this takes away the need to think.

The ultimate irony of this is that when I use my fully manual meter-less film camera, I find the process of having to think about what I’m doing so greatly more meditative than the process of using a camera where I can shoot in a way that I don’t have to think at all.

Herein lies the beauty of shooting film for me. For all that the technology of digital brings us photographers. Film photography’s ability to sit outside of those “advances” offers us photographers some respite from technology. It offers us a chance to indulge in something pure. Give me a battered old Leica M3 over any digital camera any day of the week, not just for the joy of film, but also just for the escape from all the damned bloody buttons that modern technology brings us!

Hamish Gill is a professional photographer who shoots both film and digital. He’s been taking photos since he was a child and working as a photographer in one form or another for coming on a decade. He is also a dedicated blogger with a penchant for 35mm compact cameras and rangefinders.

You can find some of his Hamish’s work here http://shootrewind.com