On April 15th in London, and many other locations around the world, a series of protests and demonstrations took place as an act of rebellion against systems of pollution and excess, which are causing rapid changes in the climate of our planet. I was aware that this rebellion would be taking place having attended a march a few days previous. I was excited to continue shooting in this environment and did not yet realise the scope of their action to unfold, or how rewarding it would end up being photographically. 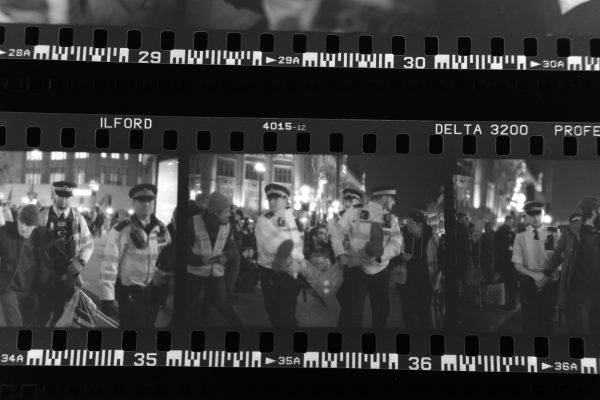 I had been feeling a little underwhelmed with some of my recent work, which included a travel project that hadn’t yielded as many keepers as I’d hoped. I was really interested to see what this would do for both my work and my mood. After attending the first day, from 11am until around 9pm I knew there was no other story worth telling in London at that time. 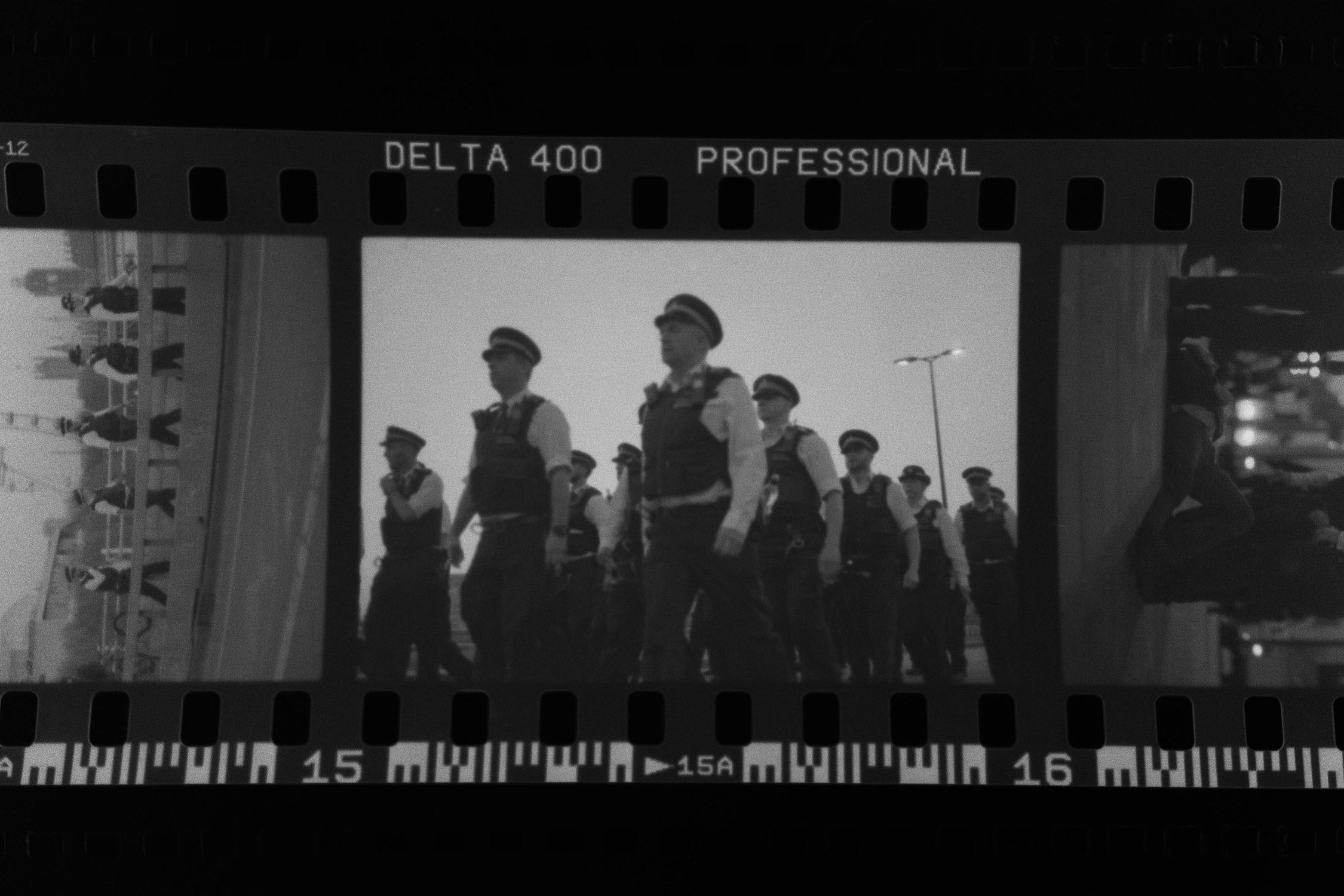 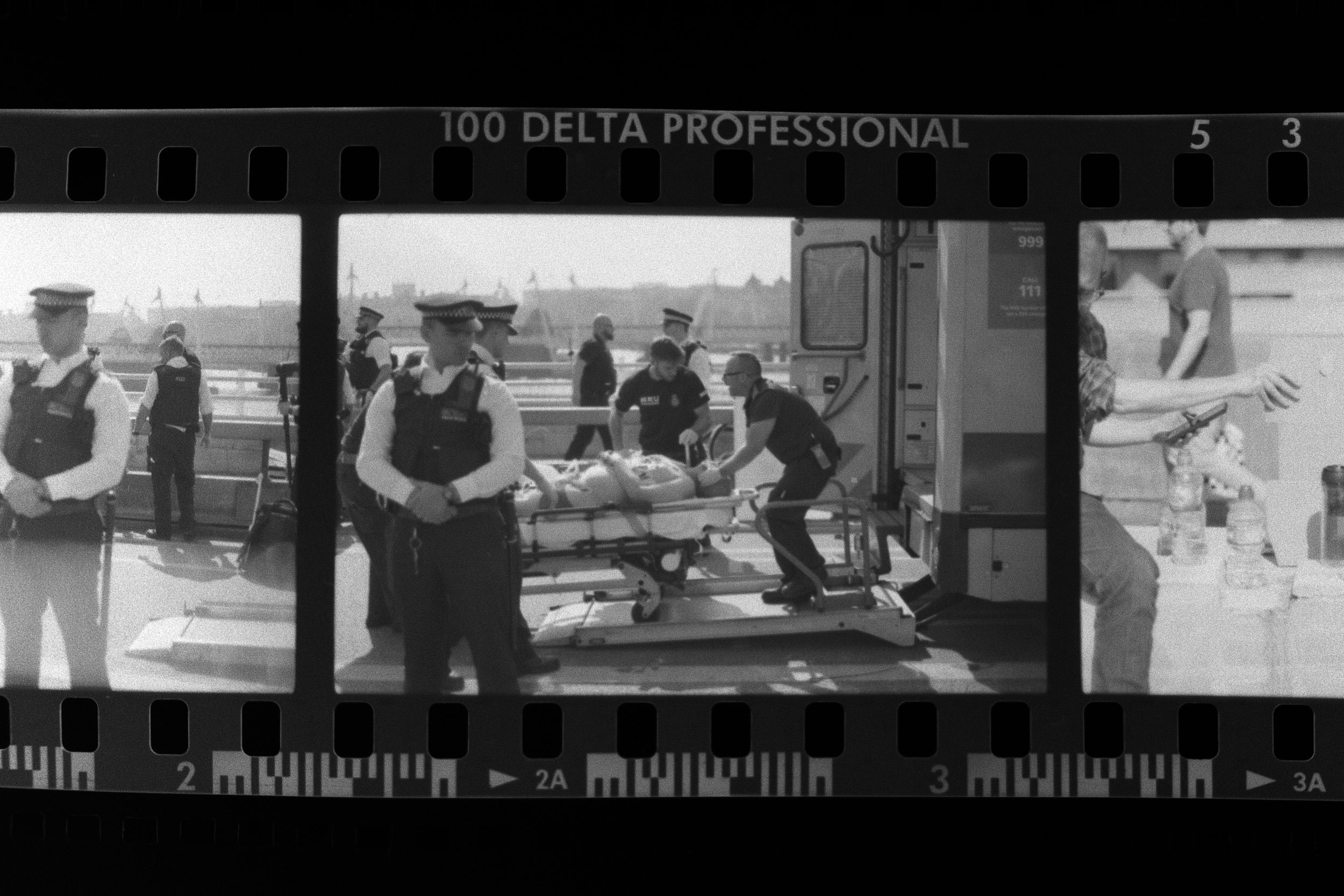 On this first day of activity, a Monday, I’d intended to head directly to Marble Arch where I knew the protesters would be congregating. However after checking the news I was confronted with a dilemma. During the night protesters had moved into five locations across London – Marble Arch, Oxford Circus, Piccadilly Circus, Waterloo Bridge, and Parliament Square. This meant I had to choose what to cover, in what order, and for how long at each location.

I am not used to being so torn, especially across so many different options and to begin with it was pretty difficult making a decision about where to be and when. 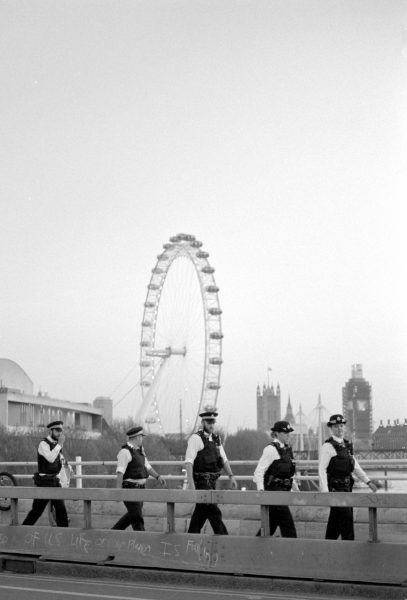 A Sense of Environment

I decided to spend the first day walking a circuit, starting at Marble Arch and moving down to Oxford Street, then Piccadilly Circus, then Westminster, and finishing at Waterloo Bridge. This gave me a good sense of the environment at each spot, although this would change as time went on. 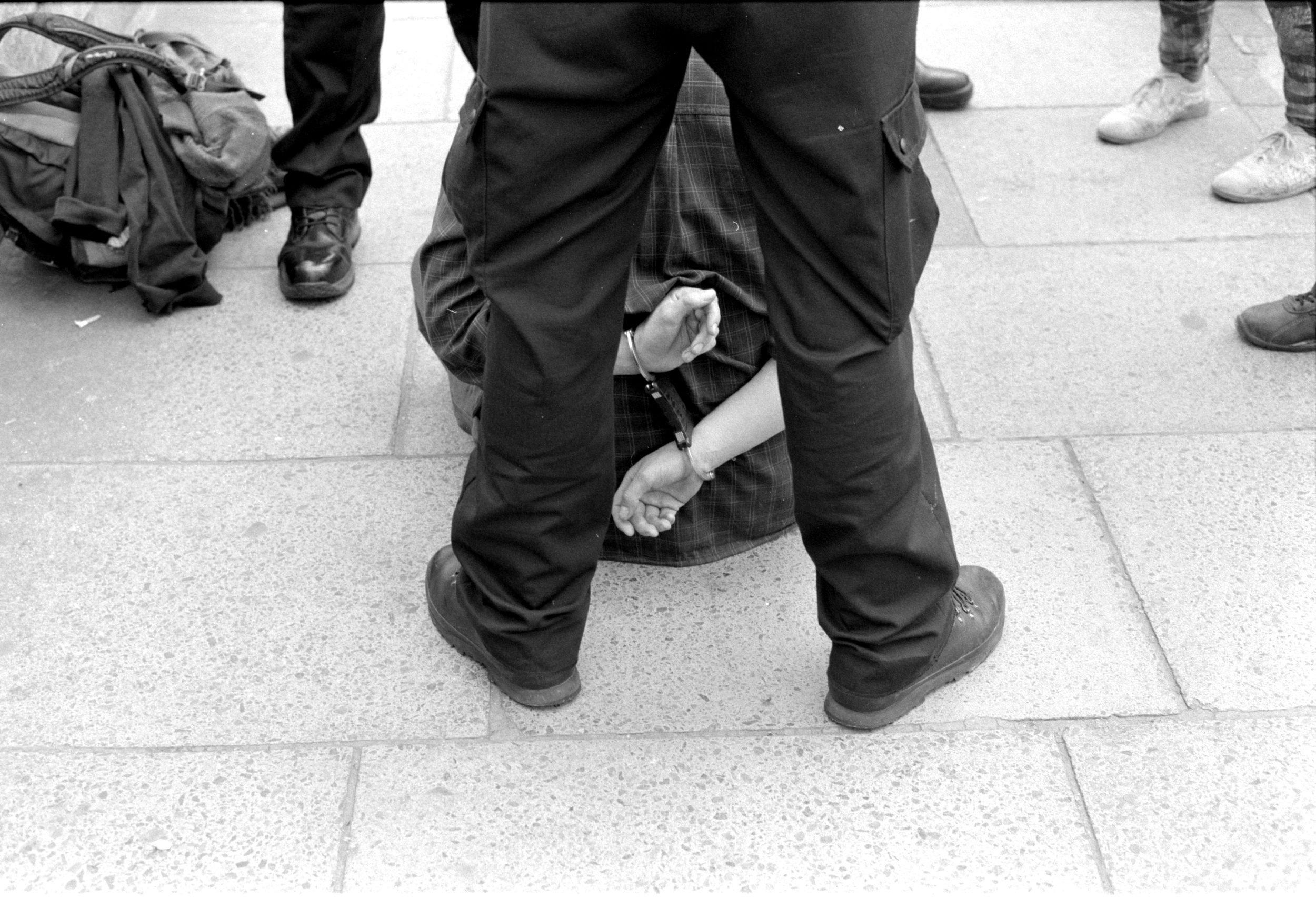 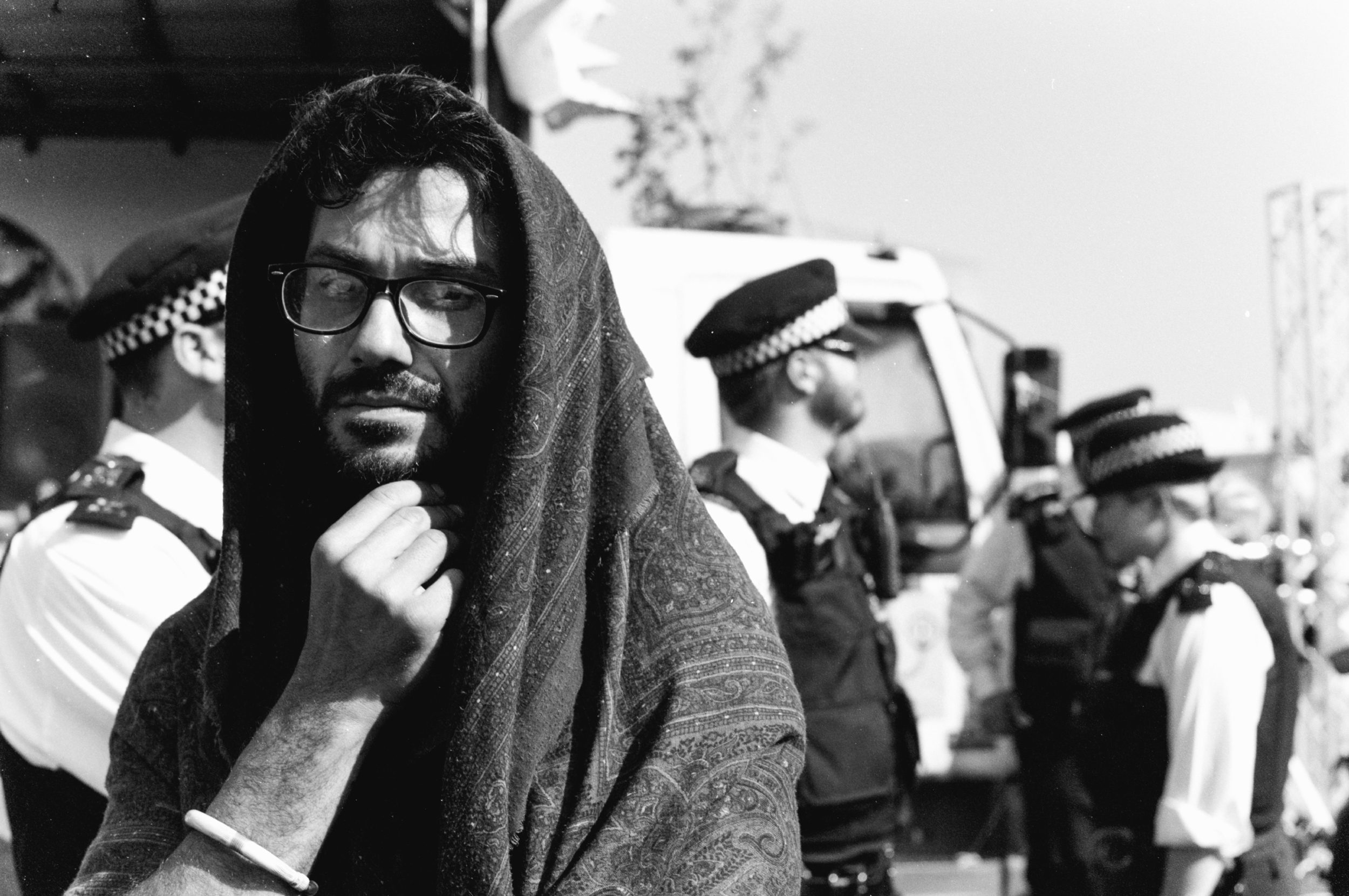 On the second day things started to feel a little “settled” and arrests had become more frequent. A routine had been established. The best locations for arrests to begin with were Oxford Street and Waterloo Bridge, and I spent a lot of time between these two locations.

After it started to get late on the second day I decided to bring a second camera in, and to load Delta 3200 for low light use. Instead of metering it all, I decided to fix my exposure at 125/ths, f/1.1, and to stand develop at 8000. I was mildly concerned about the light, but focused on just shooting what I could. Looking at the images I had nothing to worry about – the images are relatively clean, and what grain there is is lovely. Most importantly the images themselves contain some quality moments, and represent photojournalism I am proud of. 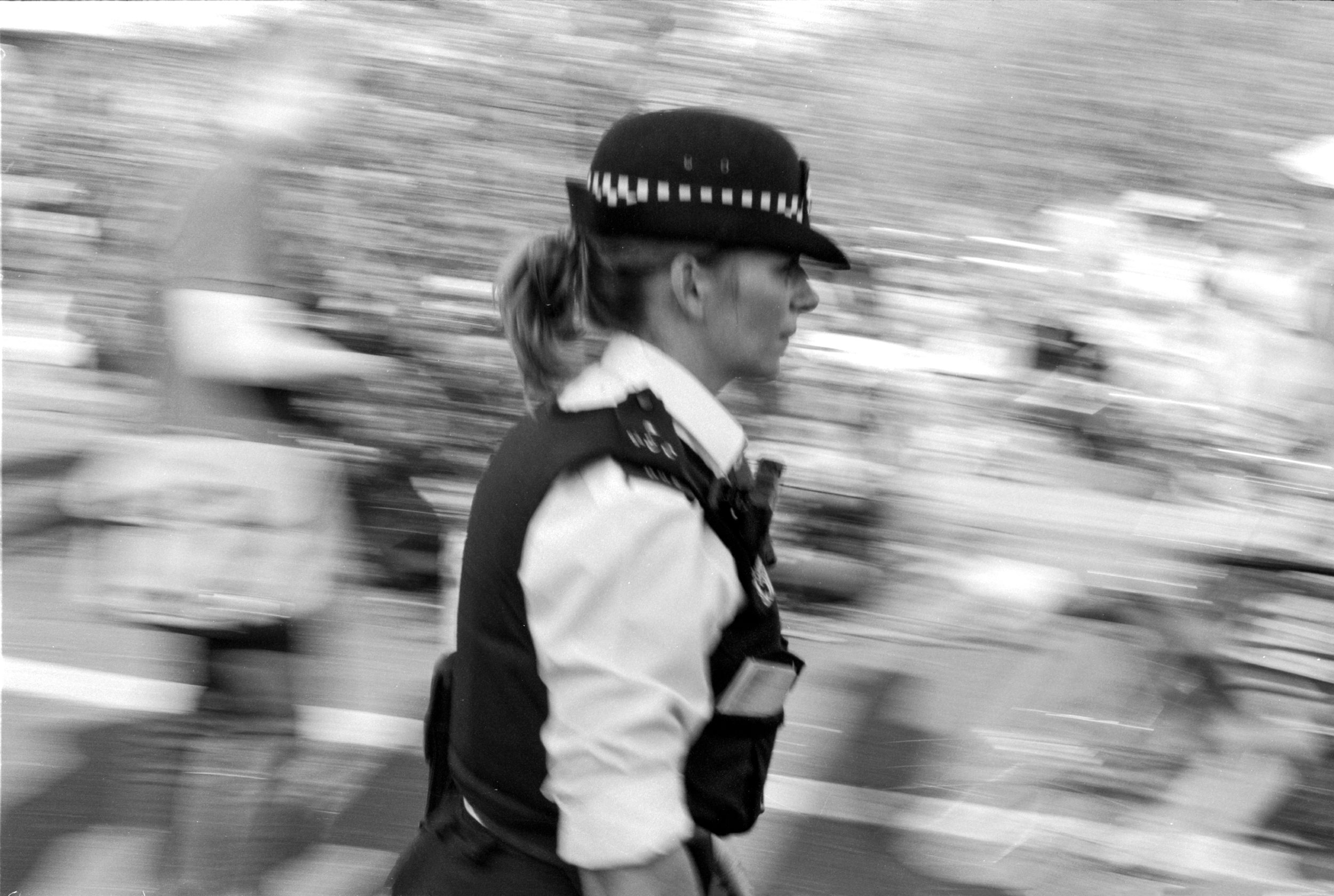 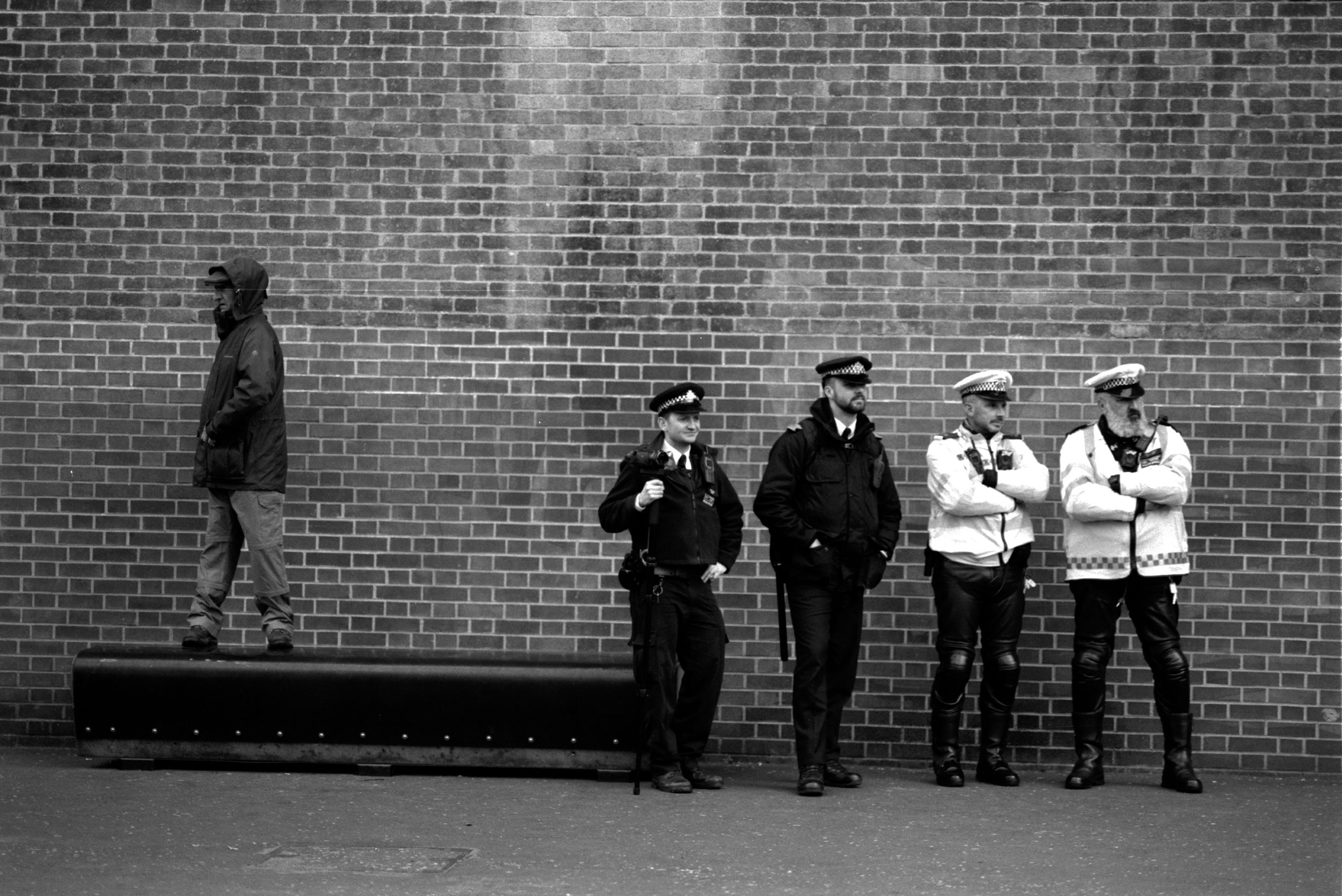 As time went on I became a little surer of the kinds of things I wanted to be documenting. As much as I was enjoying photographing the arrests, drawn to the photogenic officers, I also wanted to focus in on a few, maybe more peaceful, moments of the protesters themselves. 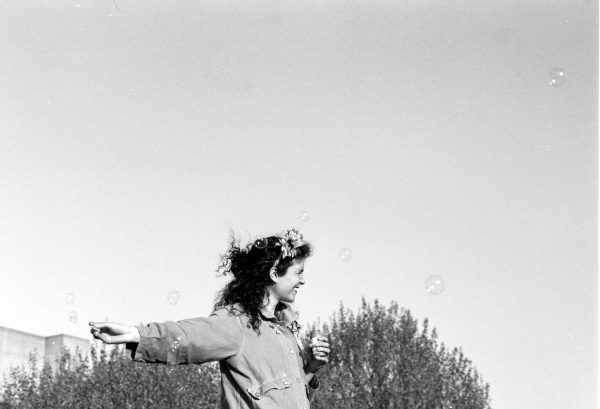 Although this didn’t seem “exciting” I decided that my responsibility was to the story and to balance rather than to what might make a more engaging image on social media. 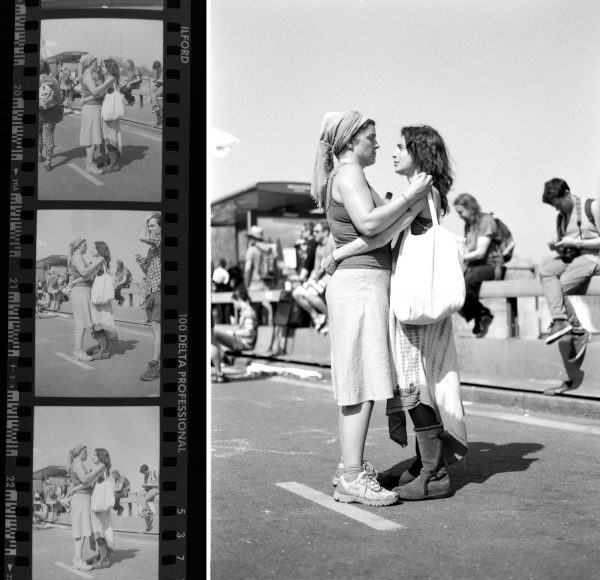 Having said that the choice to shoot in black and white really paid off after the police began to shed their fluorescent jackets in favour of their iconic black and white uniform. I think I captured a nice balance between the police action and the peaceful protest, with enough good images of each to properly convey the mood of the entire event. 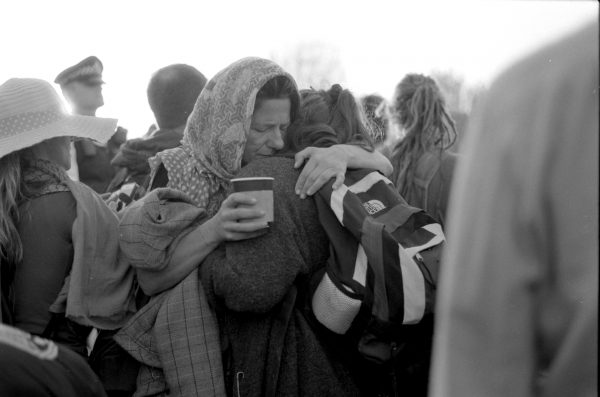 As the Light Dims

I shot these protests on a collection of Delta films – Delta 100, 400, and 3200. The Delta 100 rolls were 24 shot as opposed to the 36 I usually shoot, which was good, as I often feel limited as the light changes during the day. Shooting the shorter roll meant I could change to a faster speed as soon as the light began to dim. I have always found Delta films to be incredibly versatile in the past, with excellent latitude especially when overexposed. 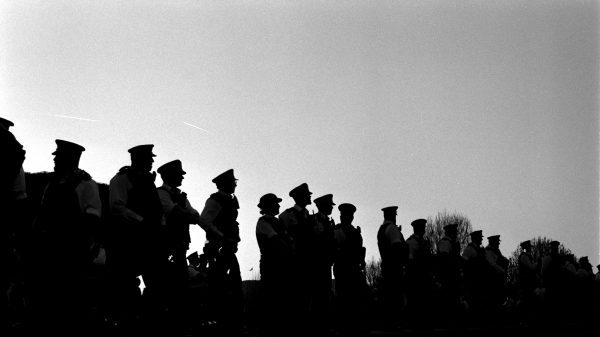 I’m really happy with my decision to shoot with these consistent films, as opposed to using a variety of emulsions. The images are cohesive, even between the heavily pushed or heavily overexposed (some of the Delta 100 frames are five or six stops over), and when viewed as a series they really work together. 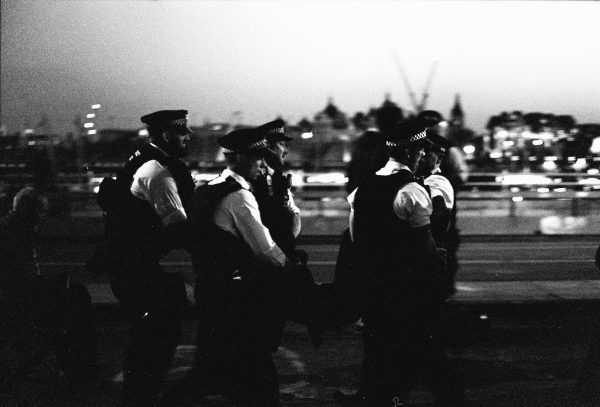 This fortnight of civil disobedience saw unprecedented arrests, with over 1000 after the first week. On the 1st of May the Government actually reacted to these protests by declaring a Climate Emergency, which may be the first step towards genuine progress. It was fantastic to be a part of the protests, watching the momentum build, and witness some really lovely moments throughout. 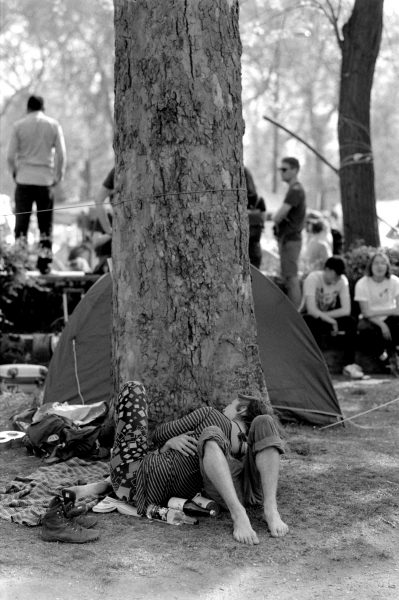 Something I noticed while shooting over the week was the sheer number of film cameras being used by both the protesters and the people documenting it. There were all kinds of rangefinders, SLR, TLR, medium format, large format, everything. As much as I am proud of the work I produced I am equally excited to see all of the other images produced by my peers, and am very proud to have my work exist as part of the same story being told by all of us.

If you’ve enjoyed the images and the story told through them in this article I encourage you to seek out and look at some of the work created by those other photographers.

Simon King is a London based photographer and photojournalist, currently working on a number of long-term documentary and street photography projects, using both film and digital mediums. You can follow his work on Instagram and you can read more of his thoughts on photography day-to-day over on his personal blog.

Simon also teaches a short course in Street Photography at UAL, which can be read about here.

In the summer of 2017 my friends, novice climbers, asked me to climb Elbrus with them. This is the highest mou...
Read More