Paper Negatives Posted On 26th May 2022 To Magazine & Stories

I had spent the previous weeks poring over the in-depth forums and articles on large format photography, now it was time to put it into practice. My first shoot was on ILFORD MGRC paper. I hastily sat a teddy bear on a table, pointed 2 x 400 watt Elinchrom strobes and a 400 watt continuous light and fired. So 1200 watts in total at 1/30 of a second, that should do it. Flash.

That moment in the middle

With Poundland plastic trays I had my darkroom ready in the spare room. All the forums suggested a weaker ILFORD developer dilution, so I went for 1:28. This has been perfect for me thus far.

I had no expectations so to slowly see an image emerge was absolutely thrilling. Every photo was exposed!

My first batch of developing was a bit erratic, I had no reference when or where to stop the developing process. Under the red light images appeared more developed then they actually were, but  it was also easy to go in the other direction and let it develop too long. Some images were under developed looking really dark but showing promise. The over developed images looked graphic with little contrast. I needed to find that moment in the middle.

Despite this, from the first batch of photos, I had images; and some of them looked good! I was buzzing.

My first proper shoot was with Eddie at his place soon after. Experimenting with the same three lights we tried various things, different poses, different focal ranges. To my delight some shots turned out beautifully. They all exposed well, but too many had focus issues, not quite able to focus sharply on the eyes.

It occurred to me that next time I should use that magnifying glass that sits on the shelf doing nothing. It’s now part of the kit and it does help get that focus sweet spot. From the Eddie shoot it was interesting to note how much the background falls off in the image. It was daylight, but the windows looked dark, the sky was black. The images had an intimate feel, and the way it captured his skin was rich and interesting. This Paper Negative lark gave unexpected results, I was hooked. Aside from the focus issues I was quietly pleased with myself! 3 or 4 nice images from the first shoot seemed a fair return, I was encouraged. 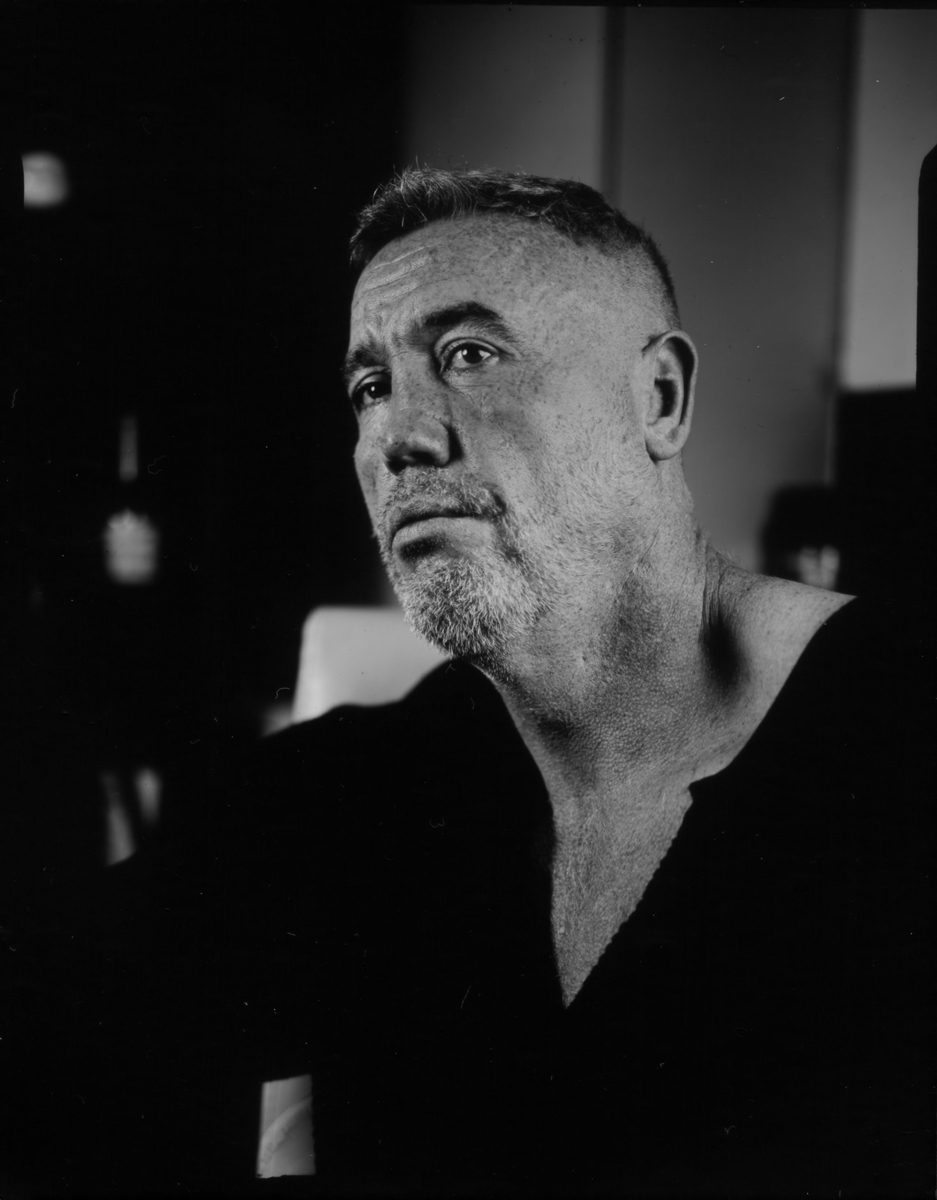 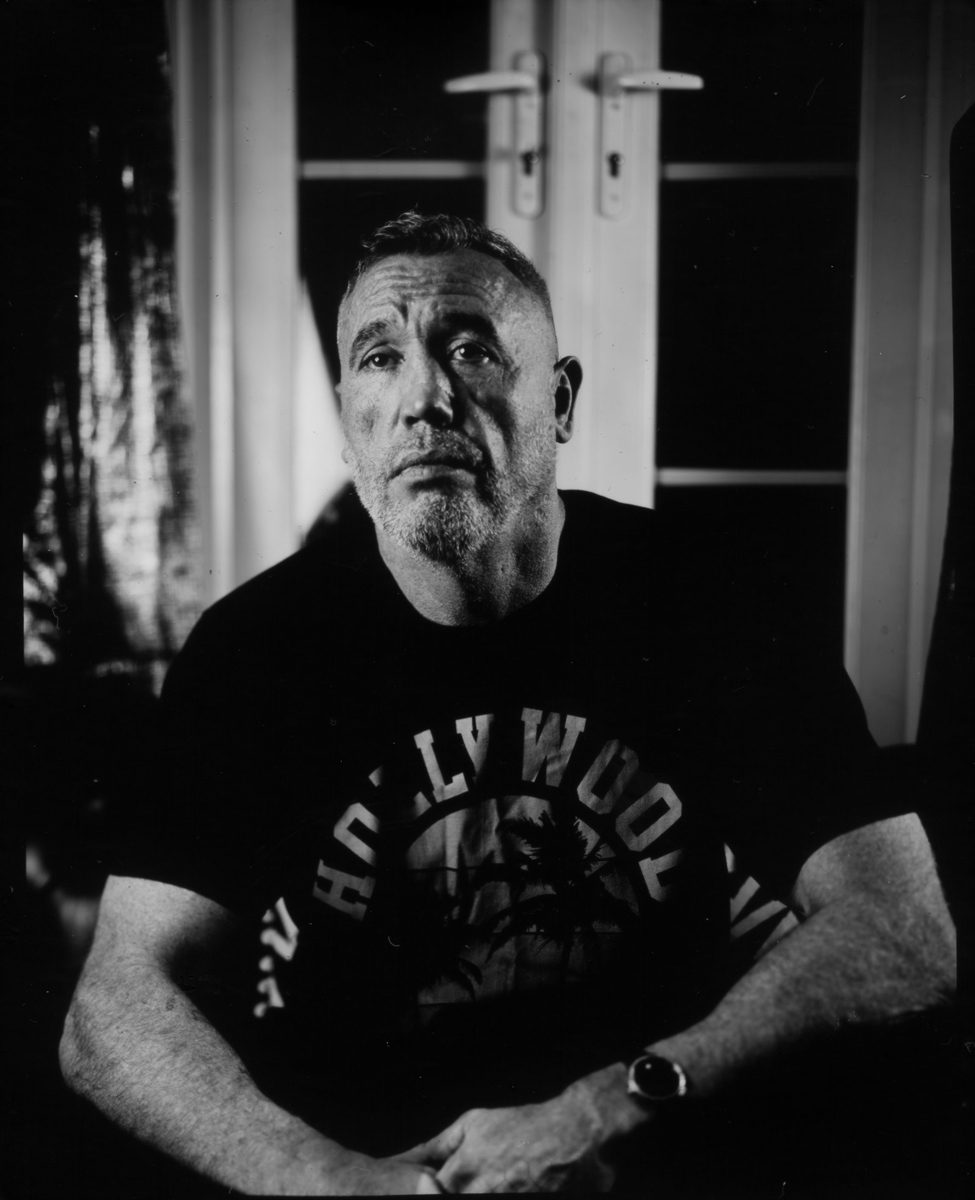 The following week I photographed some social enterprises in Skelmersdale, Lancashire. It was here that I started to finesse my approach. I now had a focusing cloak and my magnifying glass, with each exposure I was learning. 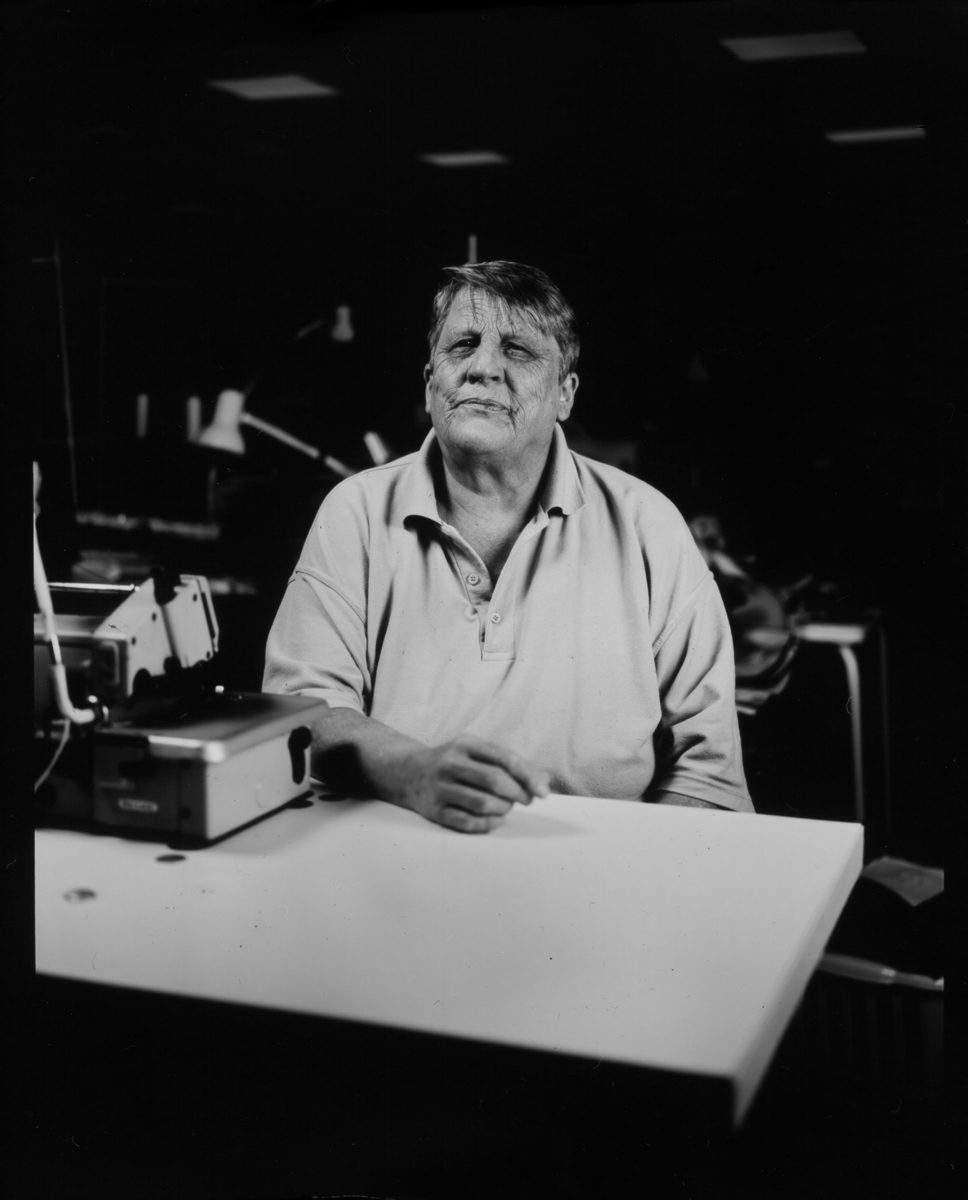 Laura at the Sewing Rooms in Skelmersdale – ILFORD MGRC 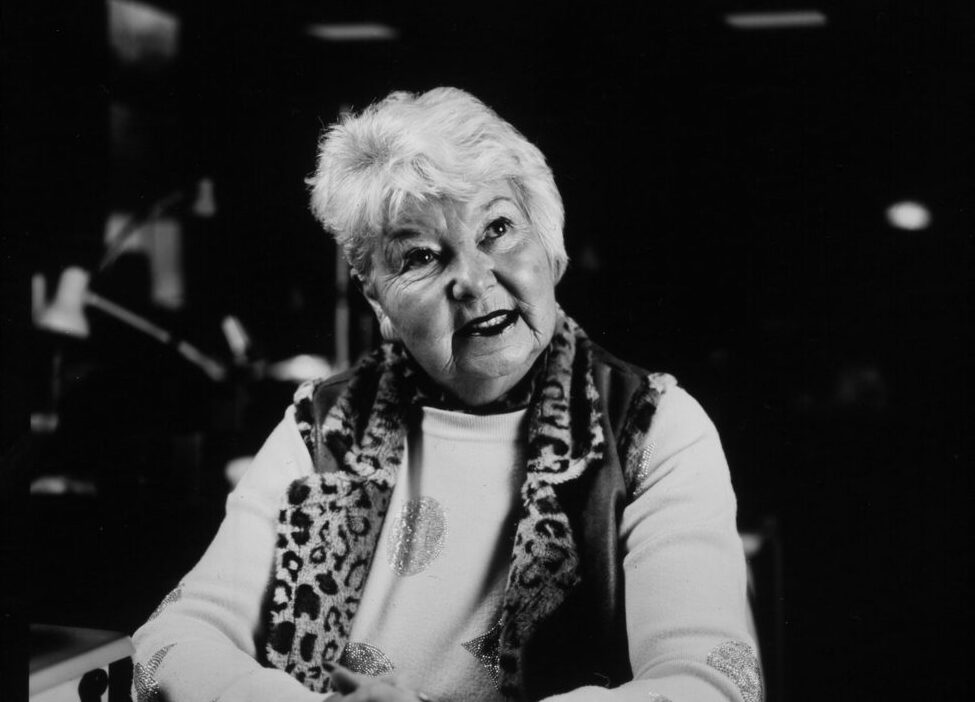 Up until this point I had been using the same ILFORD MGRC paper for every shoot, so just assumed they were all much alike. I bought some ILFORD MGIV and tested that out. Expecting similar results as the MGRC paper I had been using so far, my mind was blown at how different the results actually were. MGRC has deep blacks, high contrast, captures skin in forensic detail. This new  (to me), MGIV paper was lighter, but vibrant and rich capturing the skin in a completely different way. It was also during that recent shoot I tried some second hand ILFORD MGIV paper as well, and on developing that some paper was blown out at the edges and grubby fingerprints giving the images a pleasant vintage look. I’m certain each photo paper has its own charm, there’s so many to go through so exciting times ahead. Warmtone, Cooltone, I can’t wait! 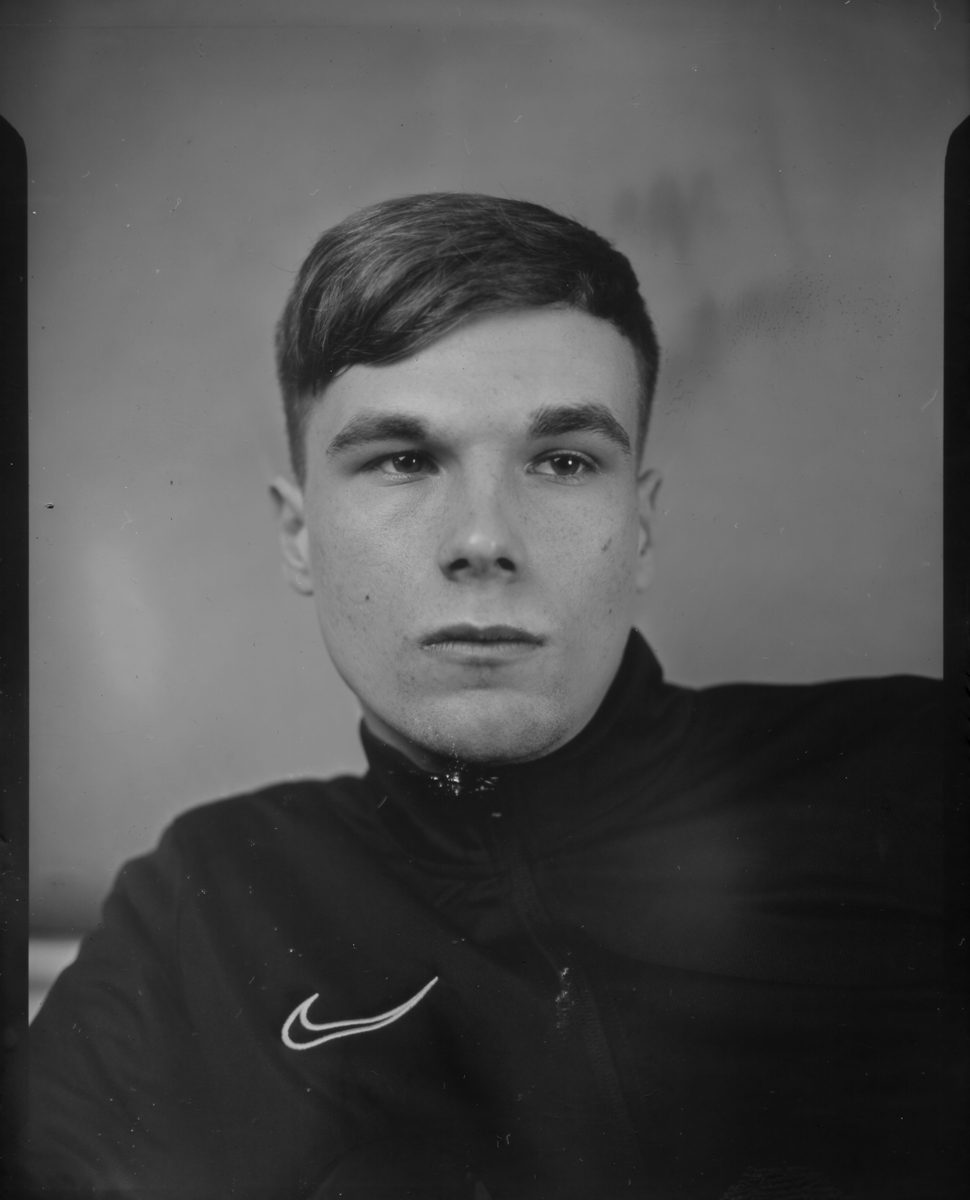 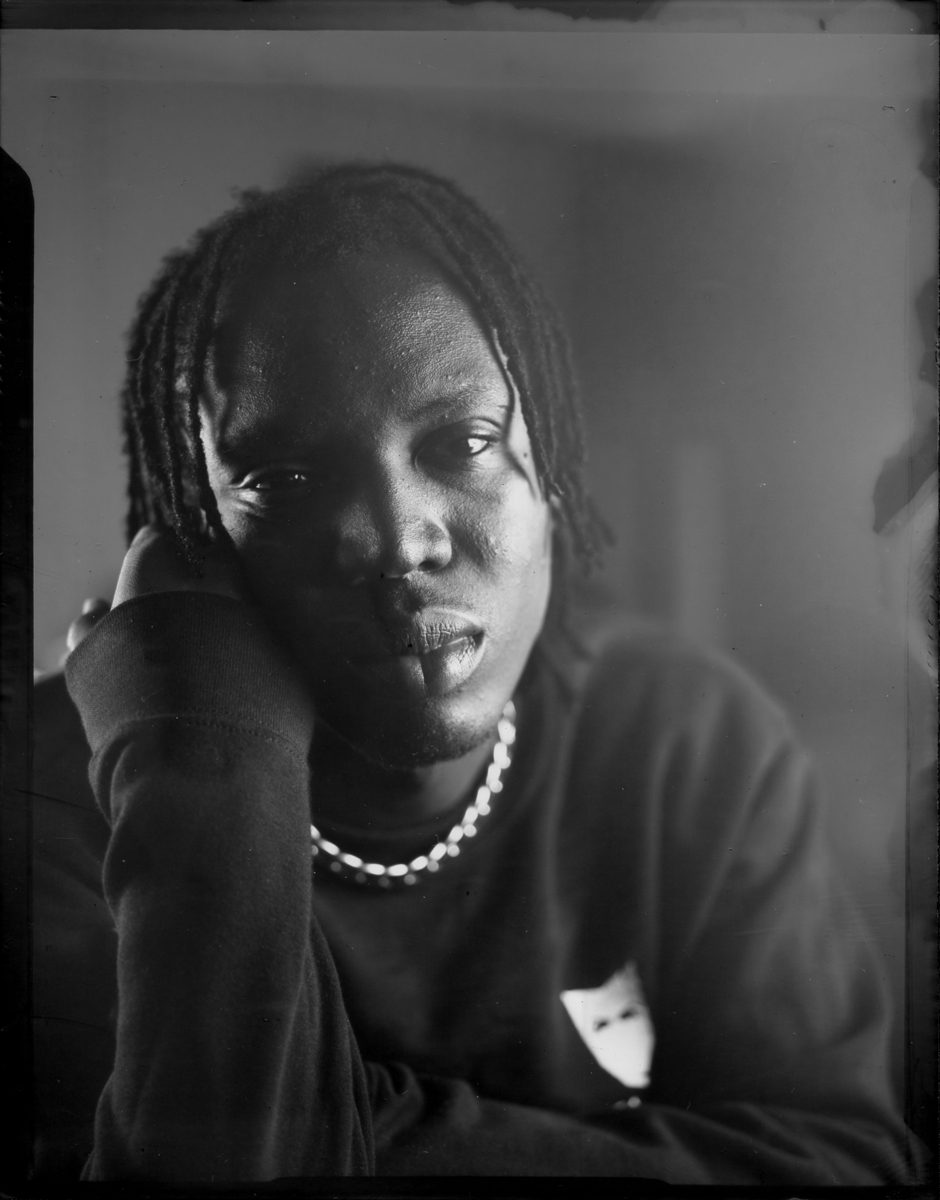 In the six weeks since I’ve had the 4x5 camera, shooting portraits has given me a new creative lease of life. I am already hooked by the whole process; cutting up the sheets and loading the holders, the shoot, the developing. It’s addictive, in a good way. I’m feeling more fulfilled, more creative, excited by this new passion. It’s took me by surprise, but I feel like I’m now on a mission to capture faces. As daft as it sounds, it’s all I can think about at the minute, “who can I photograph next?”

Ian Gamester is a film maker, photographer and lecturer. He has directed over 100 music videos for major labels such as Sony, RCA, Warner, MCA. He also runs creative projects in the community sharing filmmaking and photography techniques. He is currently developing his first feature documentary.

This weeks #fridayfavourites has turned out incredible, you all impress us more and more every week. Take a lo...
Read More