Barcelona has undoubtedly become one of my favorite destinations to visit during spring. Its perfect Mediterranean weather, the skate sessions with my friends at some of the best skate spots in the world, the long walks around the city photographing its streets and architecture, the launches of new exhibitions in different galleries, its gastronomy, and of course, the concerts and festivals that take place during that time, such as the Primavera Sound Festival, are some of the reasons that make me want to come back every year.

For those who are not yet familiar with it, Primavera Sound is one of the most important international music festivals around the world. It’s held every year in the city of Barcelona, ​​specifically at the iconic Parc del Fòrum. 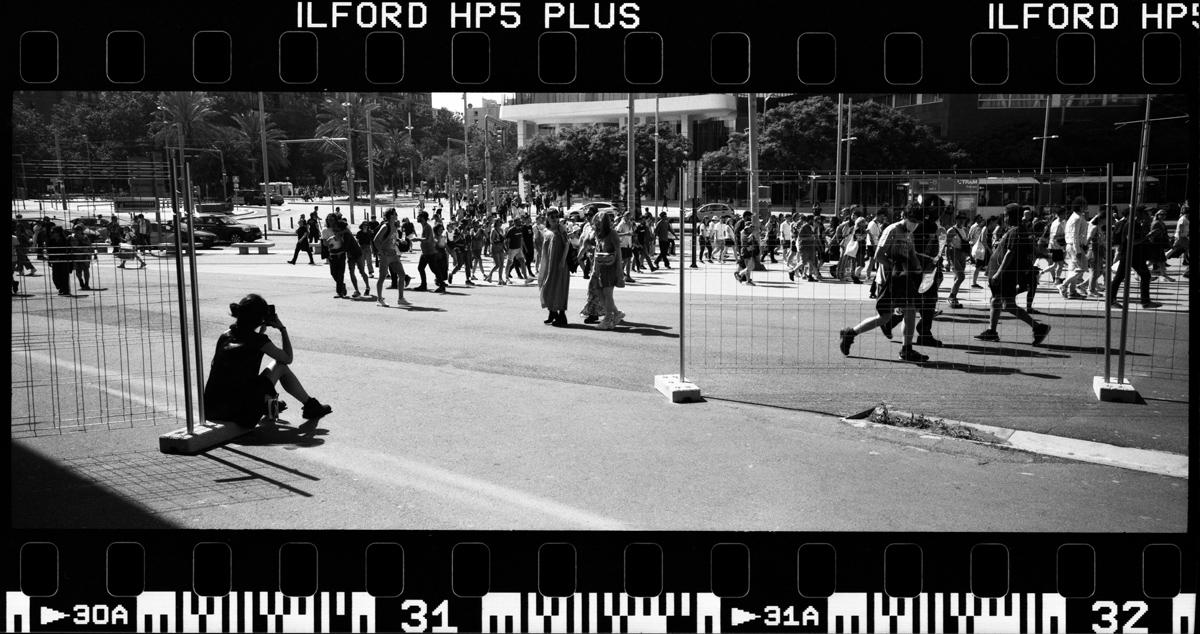 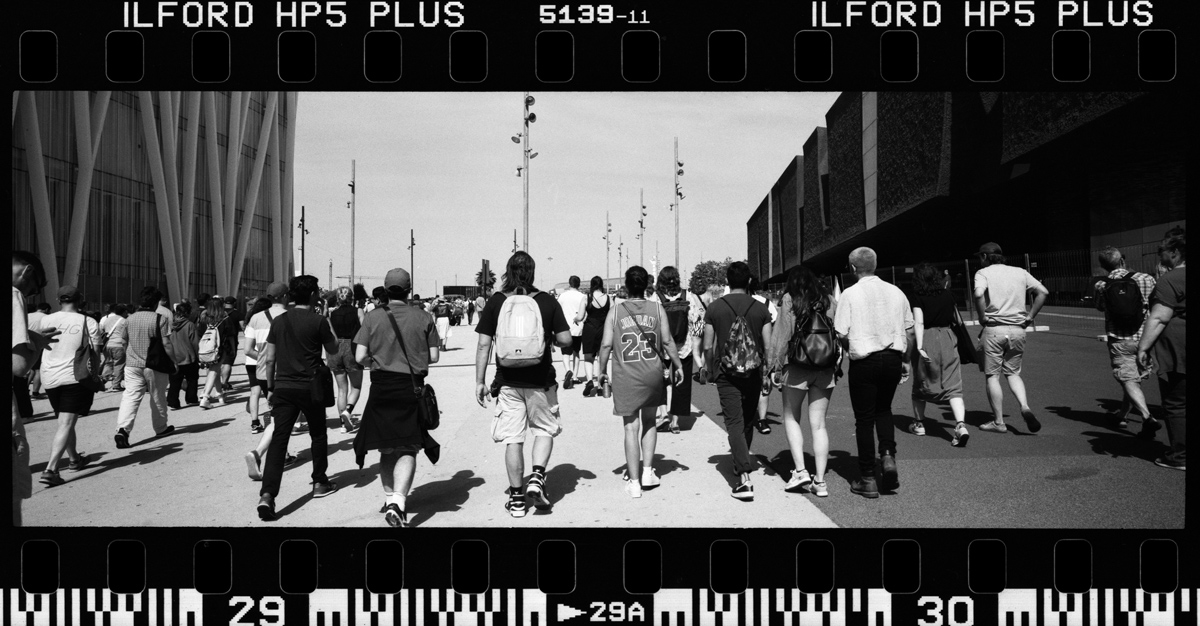 Its best and biggest to date

After two years of cancellations due to the pandemic, Primavera Sound festival returned for its 20th anniversary. It's best and biggest to date, with 11 huge days that turned the city of Barcelona into the world capital of music… if only for a few days. More than half a million people from 139 countries showed out to enjoy the lineup across 16 stages at Parc del Fòrum and venues across the city. 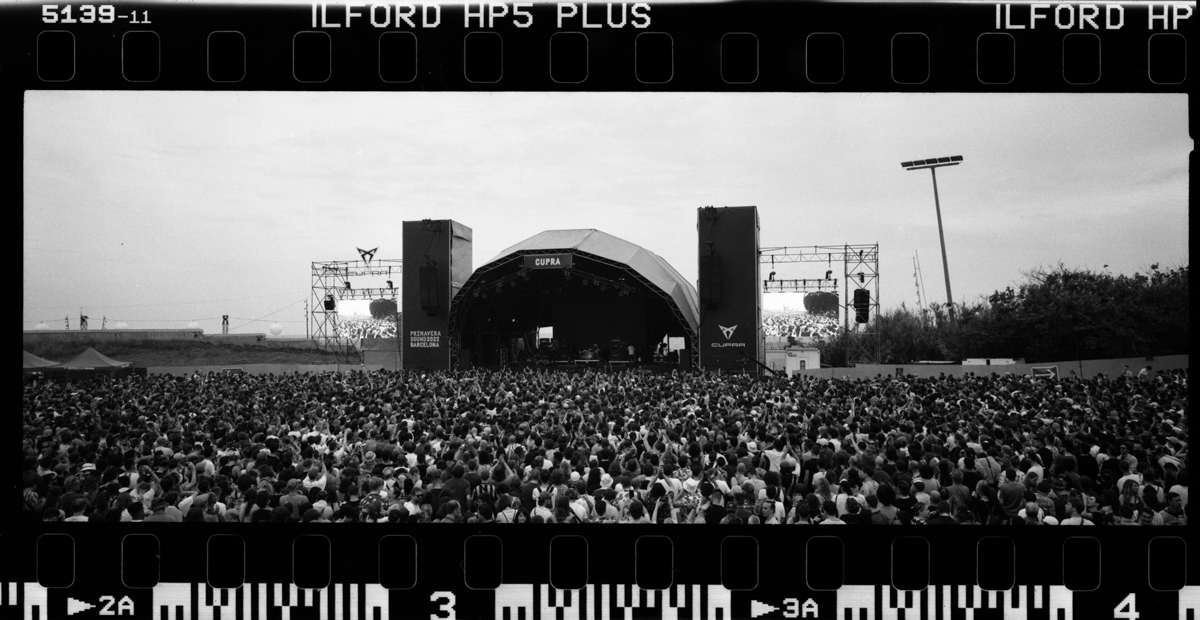 Among the artists were Pavement (who made their debut at Primavera Sound a decade before). Elsewhere on the lineup were Tyler, The Creator, Kim Gordon, Dinosaur Jr, Nick Cave and The Bad Seeds, Gorillaz, Yo La Tengo, Tame Impala, The National, Beach House, Yeah Yeah Yeahs (who were performing their only European show), and countless other artists. Put simply, the kind of lineup that caused multiple headaches trying to decide your viewing schedule for the day. 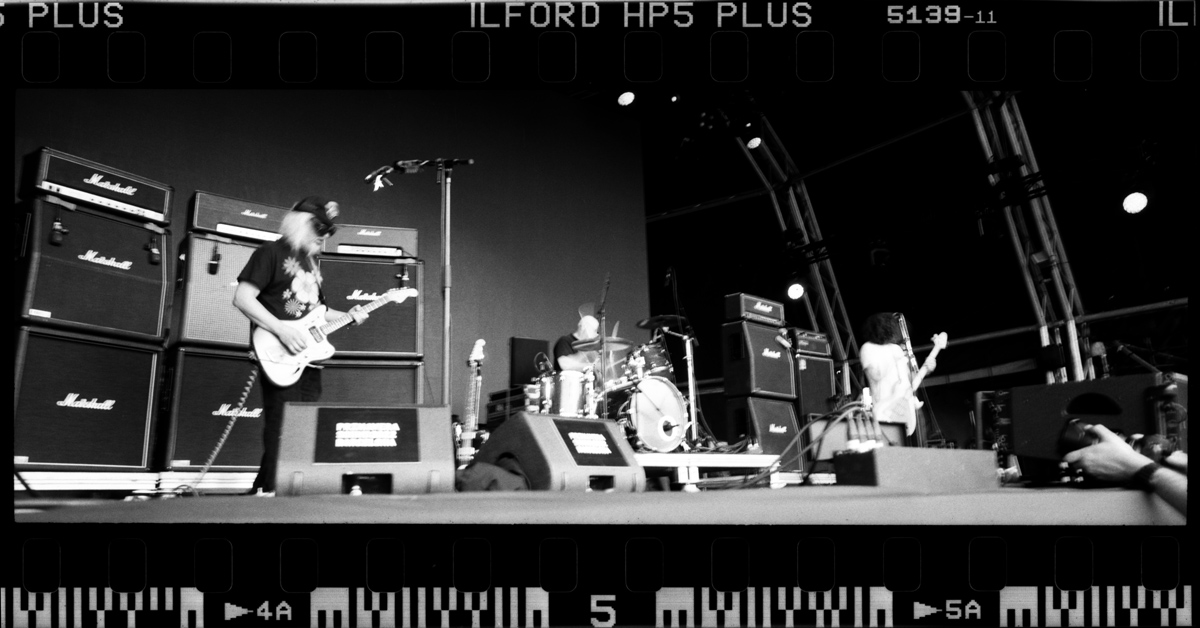 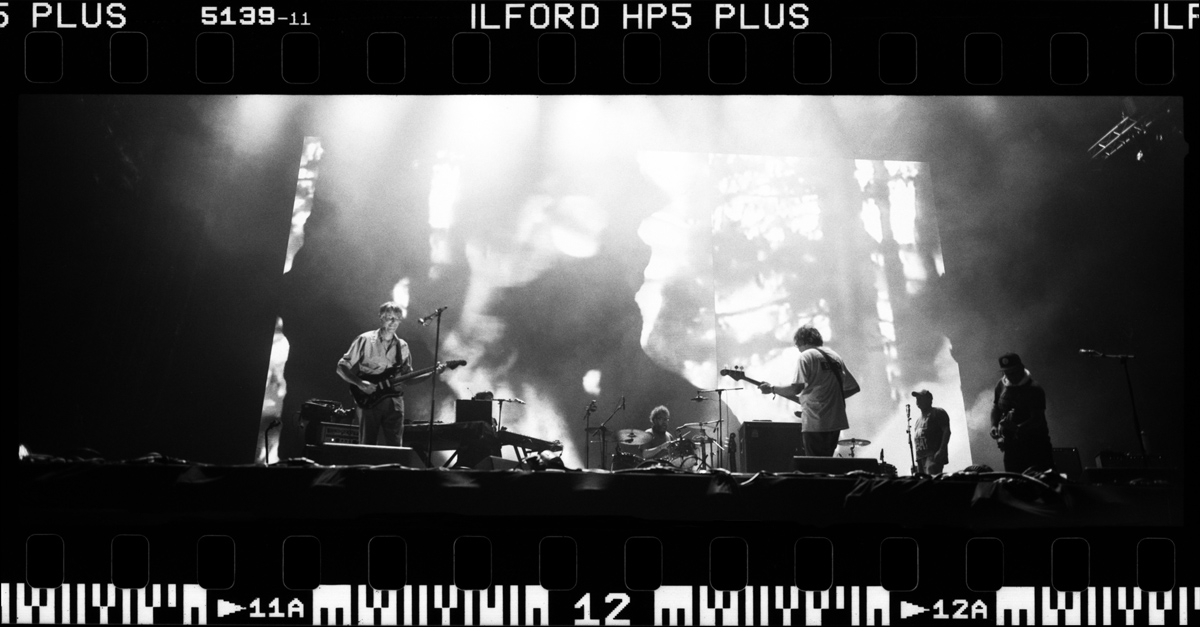 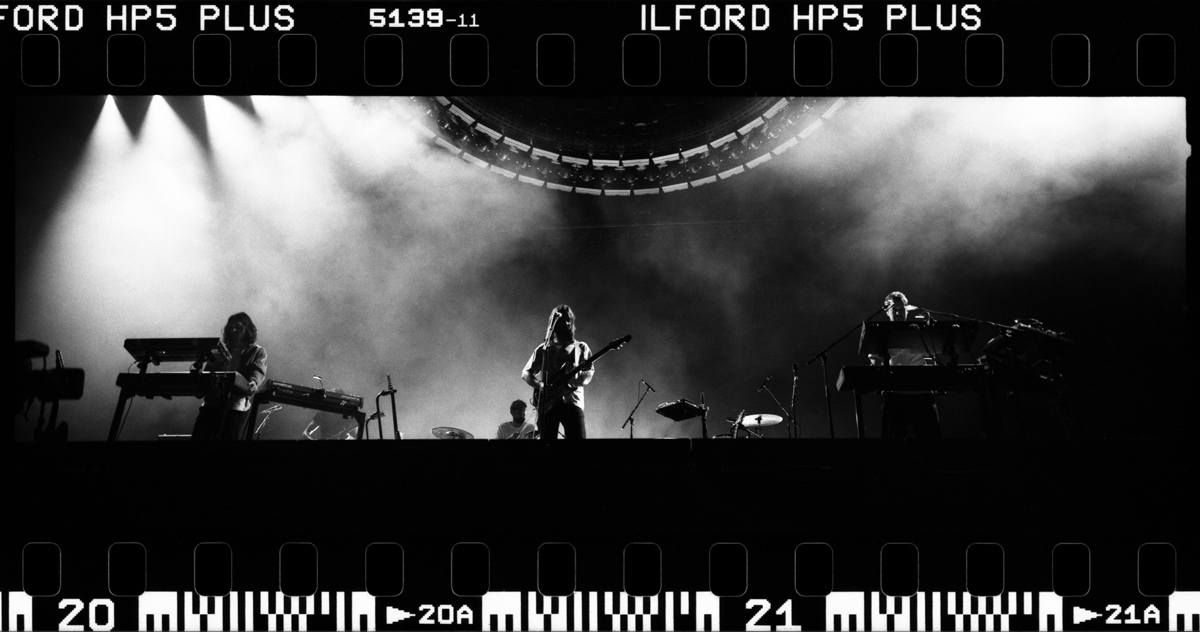 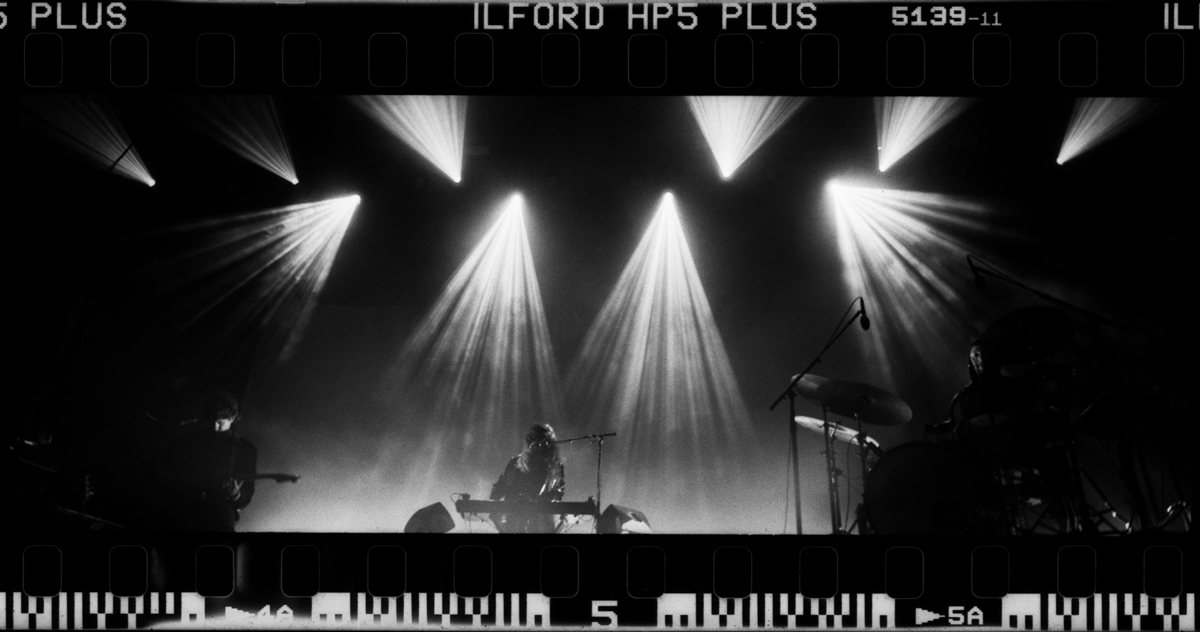 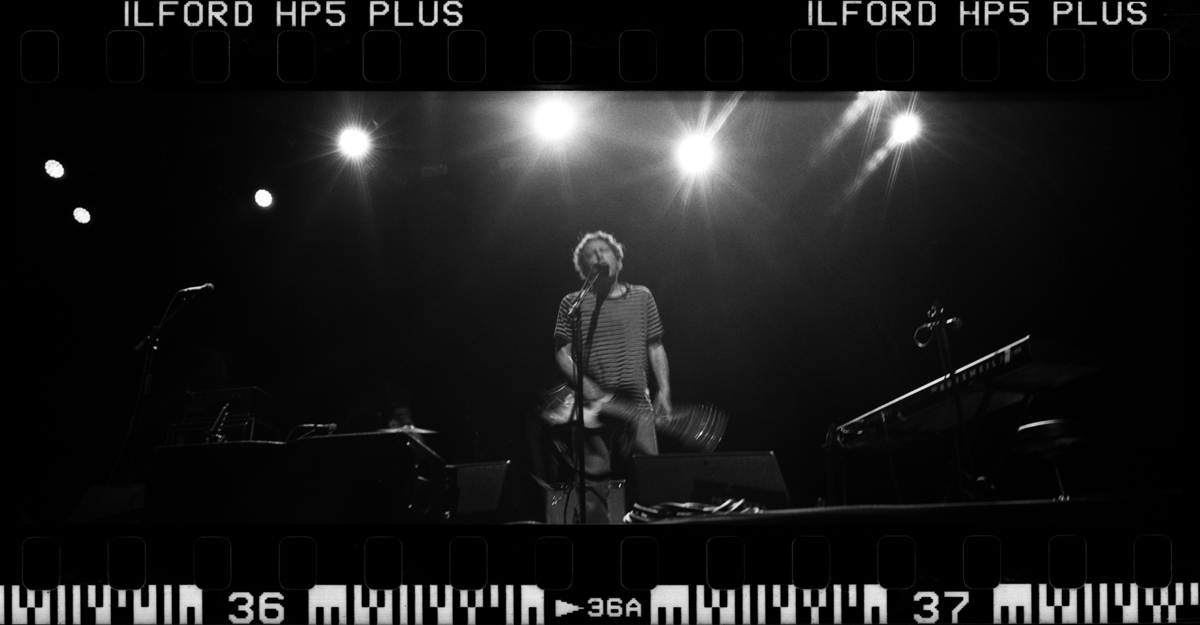 Lot of film rolls to document every day

I had a press pass to shoot photos, so I brought several analog cameras of different formats and a lot of film rolls to document every day of the festival. The cameras were: the Leica M6 with a 50mm Summicron lens. A Half Frame camera (Olympus Pen FT) with a 50-90mm lens, Hasselblad 500CM with the 80mm Planar. Finally, my ol' trusty panoramic camera Hasselblad Xpan with the 45mm lens, which was the one I ended up taking this series of photos. 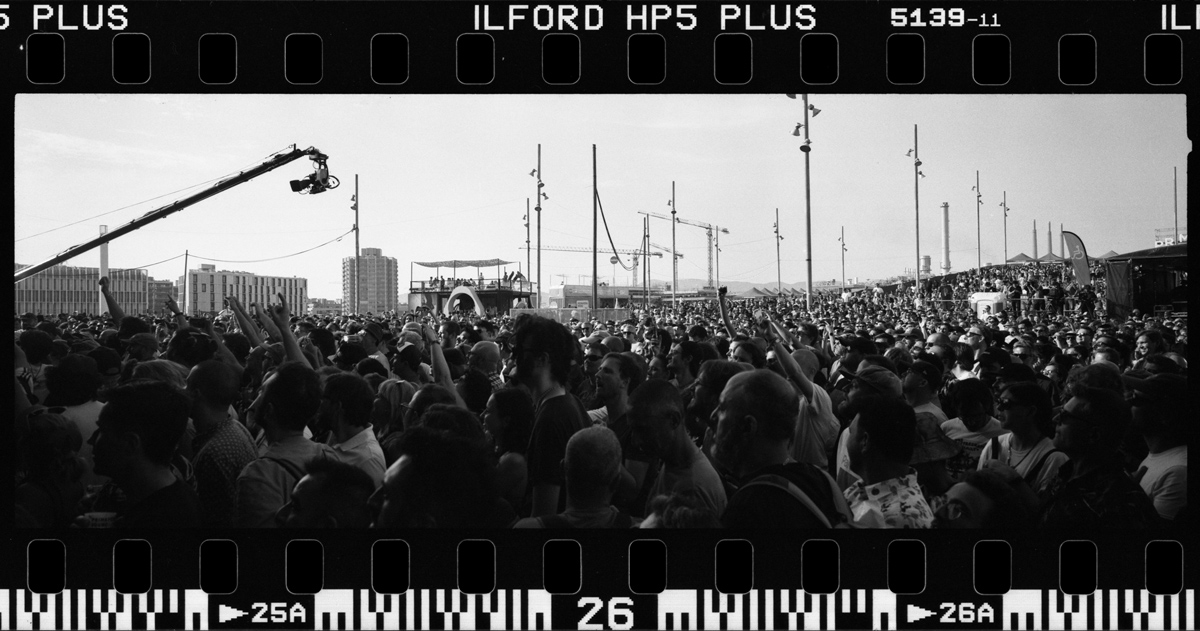 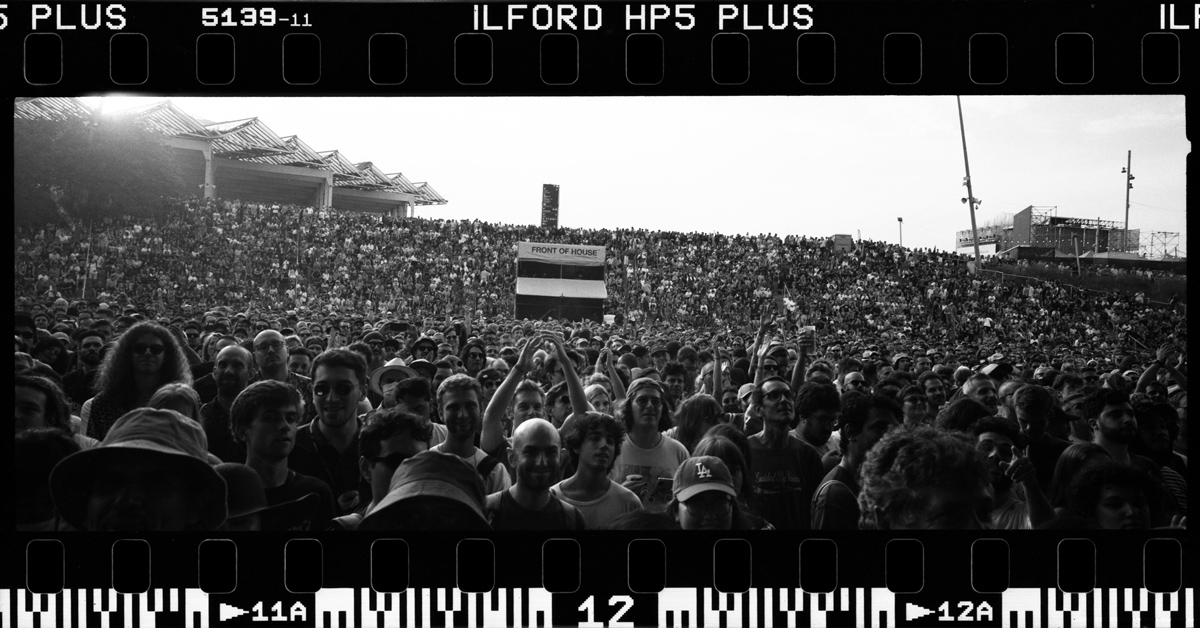 This particular camera (Xpan) is not the fastest and brightest for shooting these types of events. However, I still decided to take it with me because I knew I could get some "interesting" frames in front of the stage, even in low light conditions. The stage lights helped to compensate slow speeds of the camera. 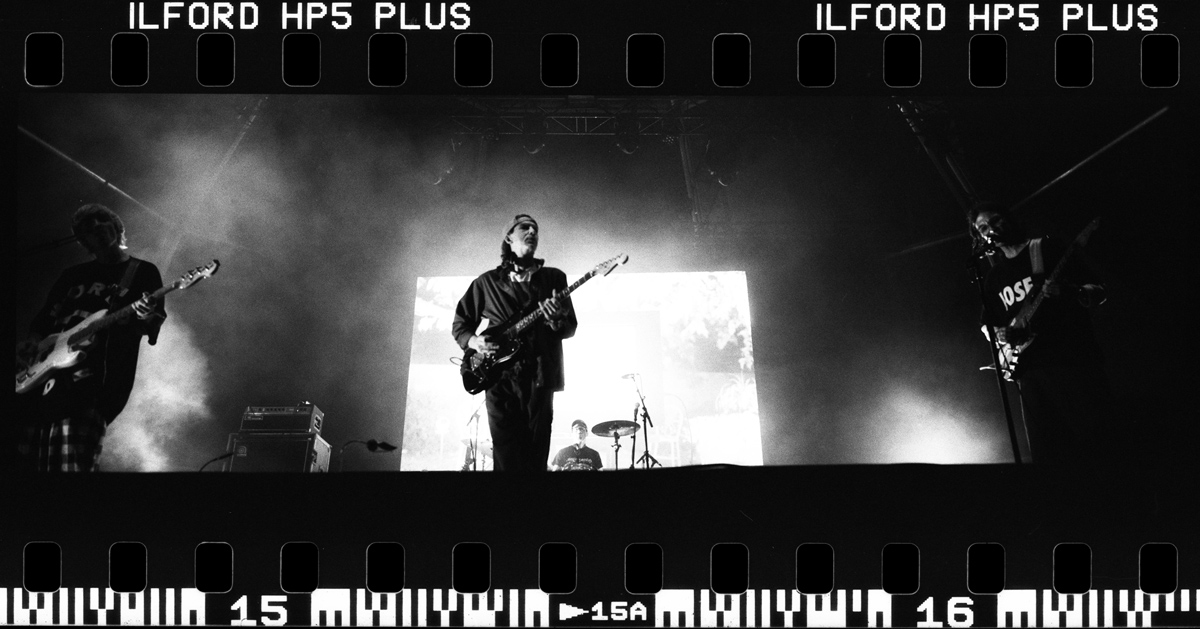 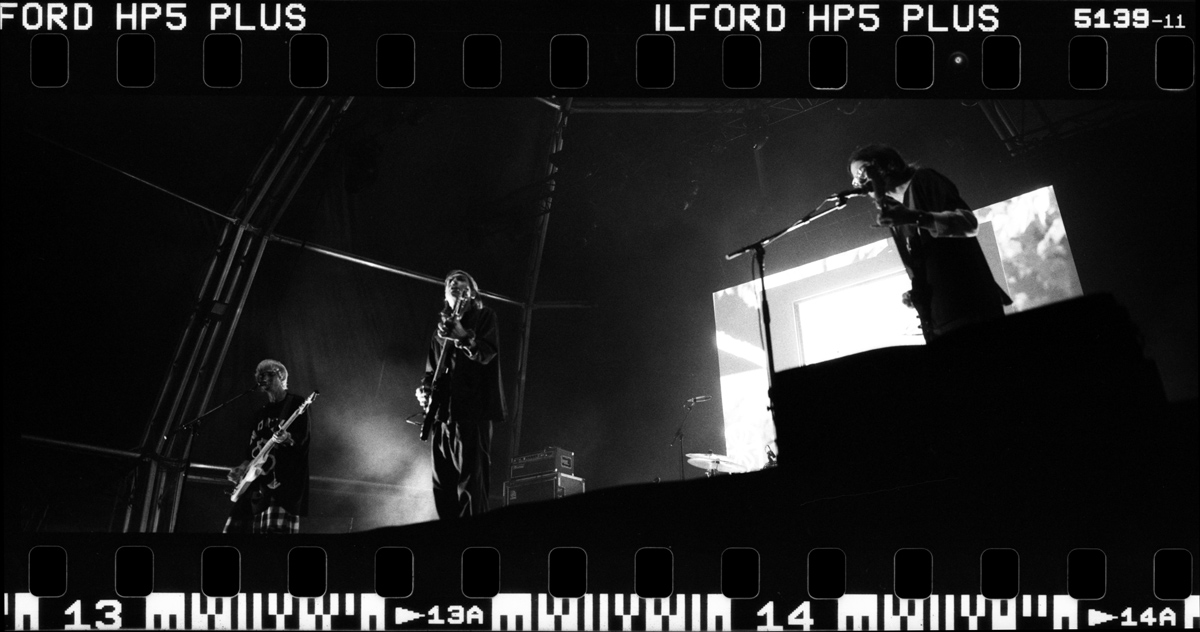 The Film I Used

The film I used was Ilford HP5 Plus, I shot it at ISO 400 during the day, and at night, I pushed the film to ISO 800 and 1600, respectively. My choice for this film to photograph the festival was because it's the one I use daily for its contrast and tonality that it gives me in the photos. Additionally, it has a wide dynamic range that allows me to capture more details in the shadows and low light conditions. Also, you can push it one, two, or three steps without blowing up the highlights.

It was undoubtedly one of the best editions in the festival’s history. From this year onwards, Primavera will be coming to even more cities across the globe. This is including LA, Sao Paulo, Santiago, Buenos Aires, and Madrid. 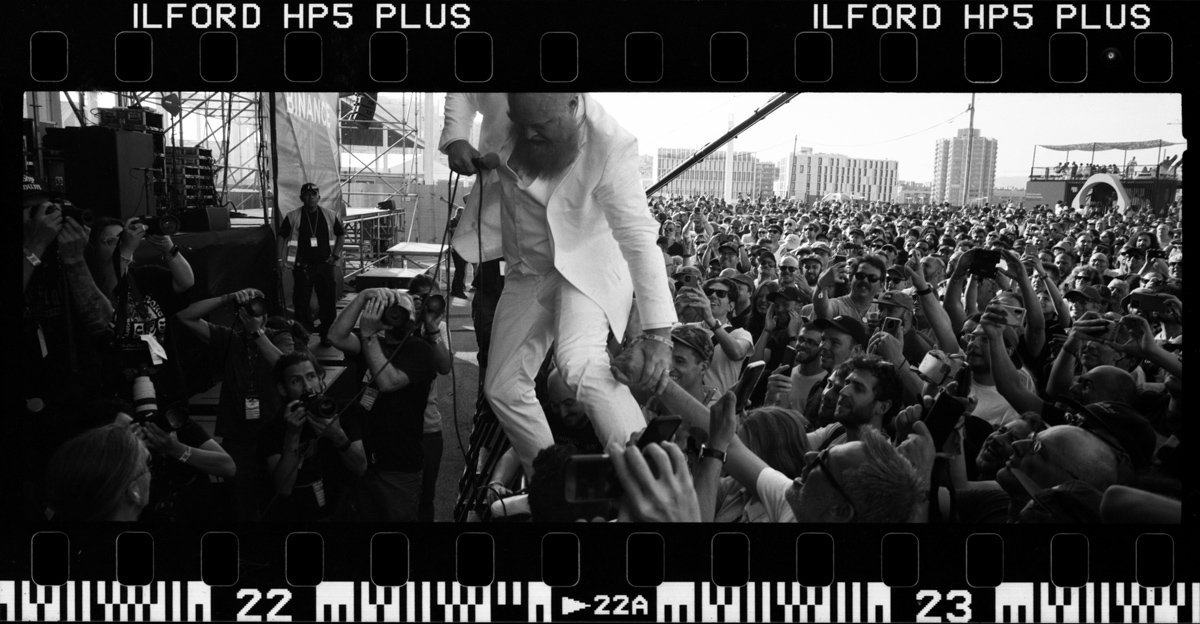 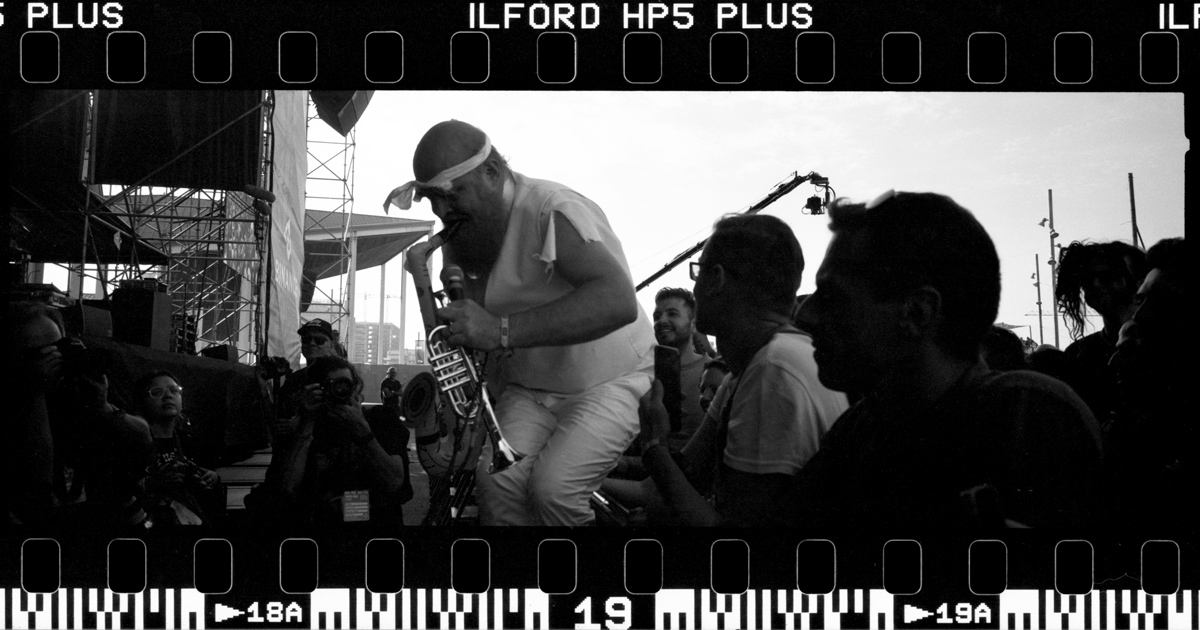 Photographer from Panama city, Panama. Influenced by urban environments, skateboarding culture, and daily life scenarios, Rafael has developed a signature vision exploring the relationship of these elements through meticulously constructed images taken in a variety of places, where cultures and societies collide or coincide.

His specific use of contrast, light, shadows and well-defined framing is related to his analog approach to image-making. He uses a range of film cameras, experimenting from large format to 35mm, and it gives his work a certain edge that feels both secretive and original, sacred and true.

Since 2015, his work is part of the Permanent Collection of the Museum of Contemporary Art of Panama.

Spring is here, and summer is around the corner. What better time to share your #countrysideonfilm for this we...
Read More

The theme for this weeks #ilfordphoto #fridayfavourites was #developedbyme. There is no better feeling than kn...
Read More