I met Nagi on my weekly walk down Hollywood Blvd. Each Sunday I would take the Metro from Long Beach to Hollywood and Highland. Shooting and conversing with those I'd meet along the way. On this specific day, October 27th,2019 to be exact, I met Nagi on my way back to the Metro station. He was with his friend walking his bike along the stars. His ecstatic energy and rambunctious demeanor instantly sparked my attention. I originally stopped and asked him for a quick portrait along the Boulevard. However, the sight of my camera and the desire to photograph him took me on an escapade through Nagi's mind that was unexpected. 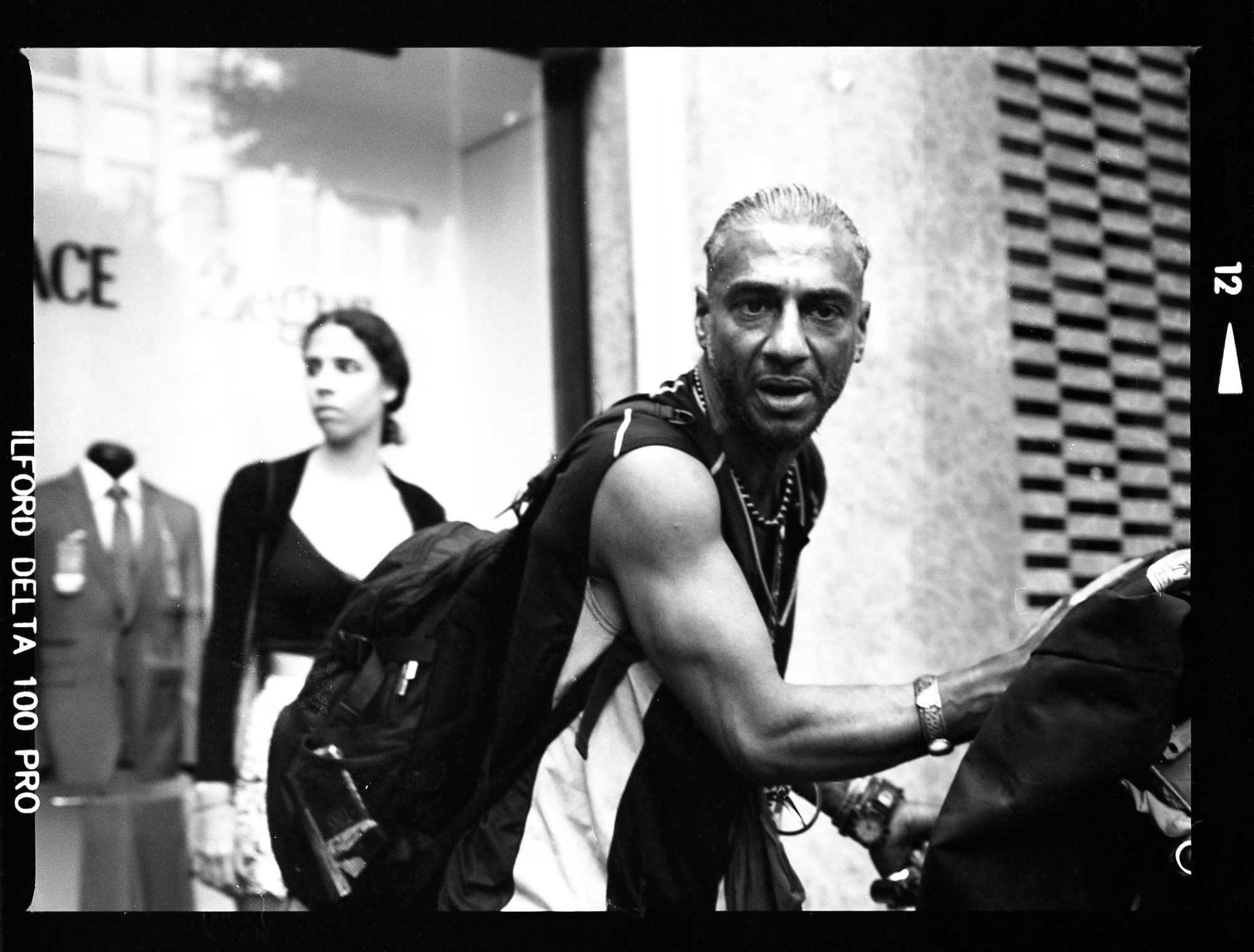 He insisted that he needed to get himself "ready", he was very insecure about his appearance. I loved his gritty bleached hair and 90s attire, sporting a basketball jersey, baggy jeans and Shell Top Adidas. "Are you sure I look okay Leah, don't lie to me now." he said. He shrugged and excitedly had my friend and me follow him to a parking lot around the corner where I found out he had made his home for the time being. 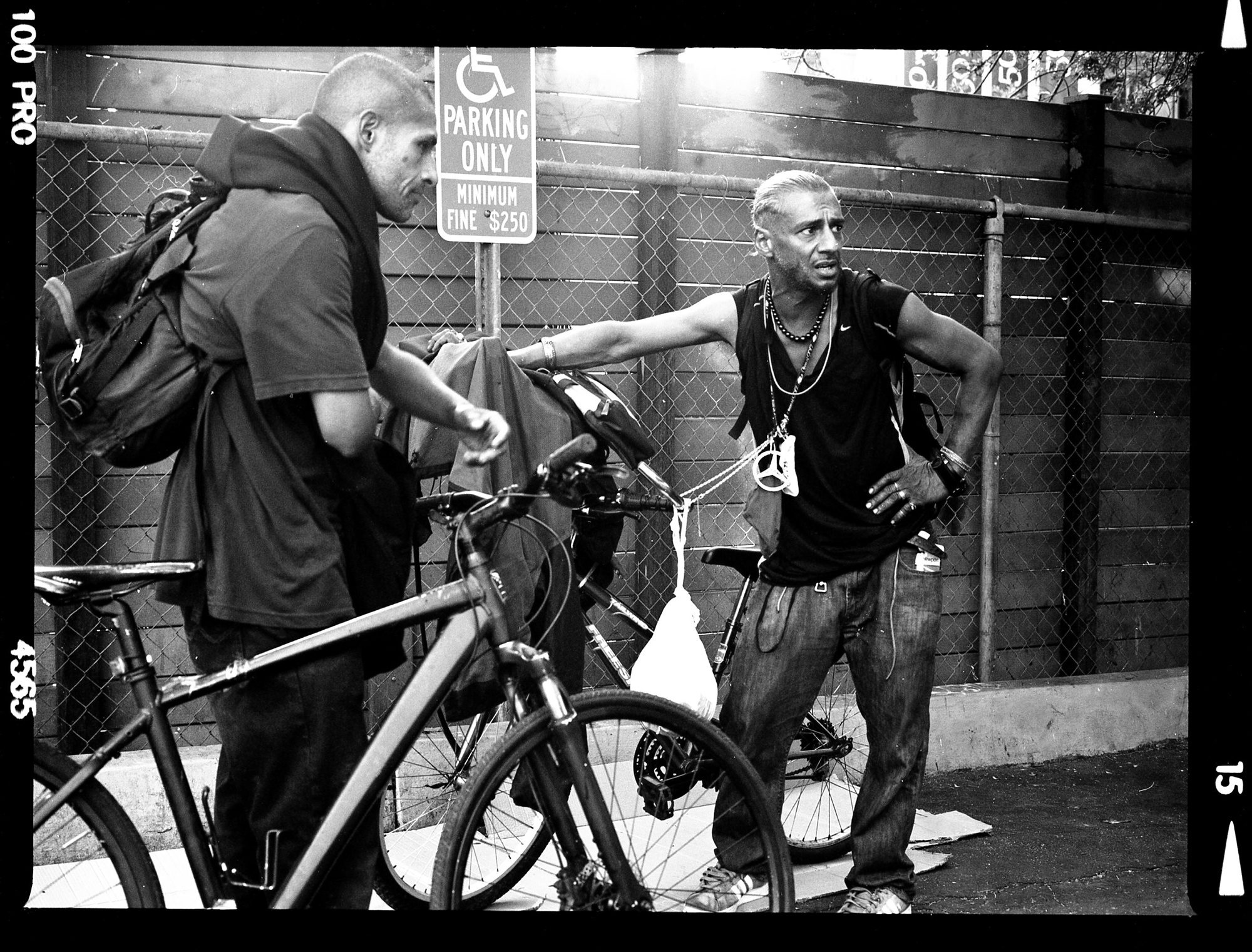 Nagi went on to share a verbal snapshot of his past life with me. This entailed once being a background dancer for the rap group Cypress Hill and his love for the east coast rap group Wutang. We bonded on our love for old school rap and he shared some words of wisdom with me that he carried with him throughout his life on the streets. 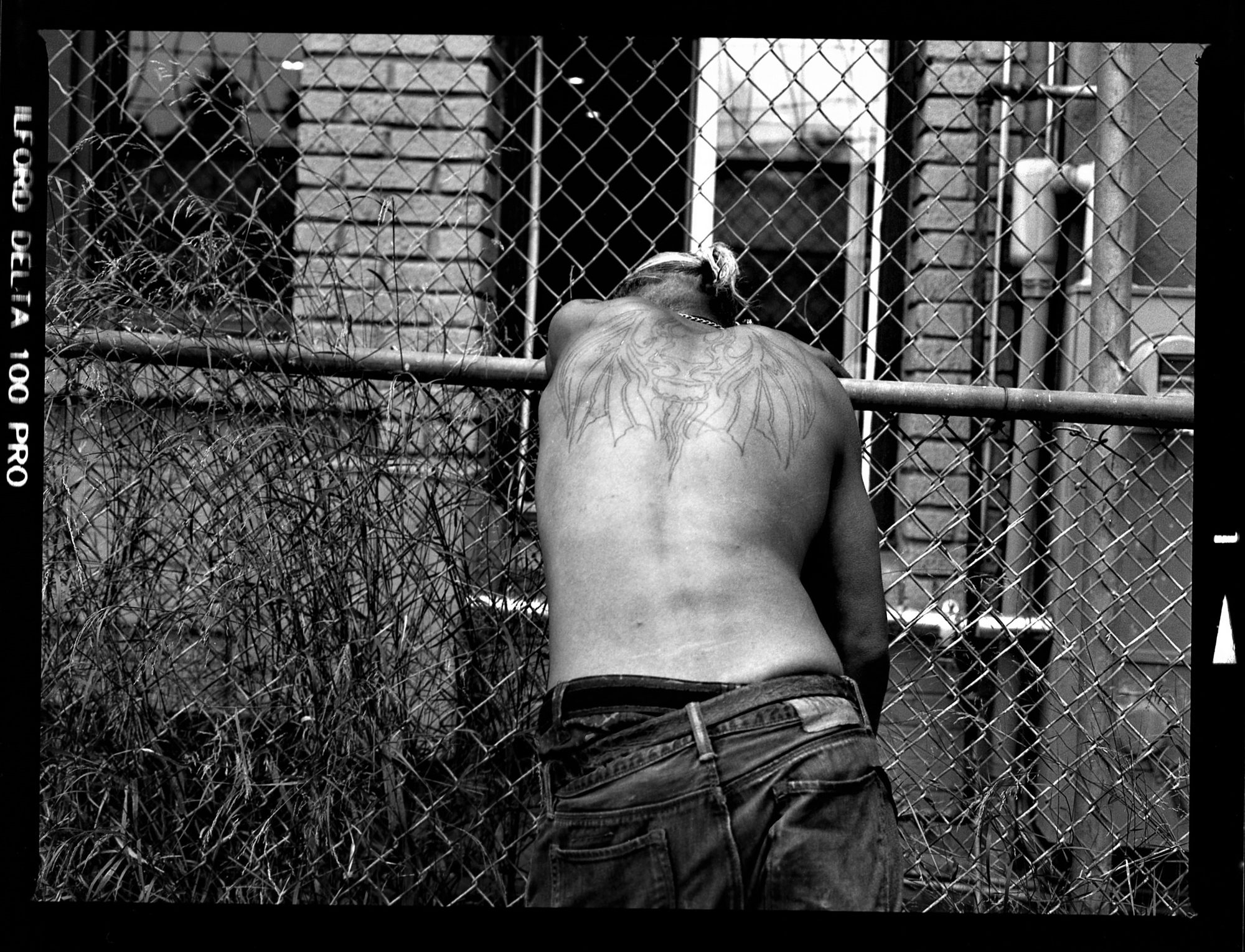 As I began snapping photos of him, I stopped for a cigarette break. I offered him one and he looked me in the eyes with confidence and said, "A favors gonna kill you faster than a bullet...I ask nobody for nothin', I got my own cigarettes." I took no disrespect to this, if anything I respected his mantra. Nagi went on posing for the camera without any direction. He truly ran the shoot and expressed himself with so much confidence in who he was. I loved every part of it. 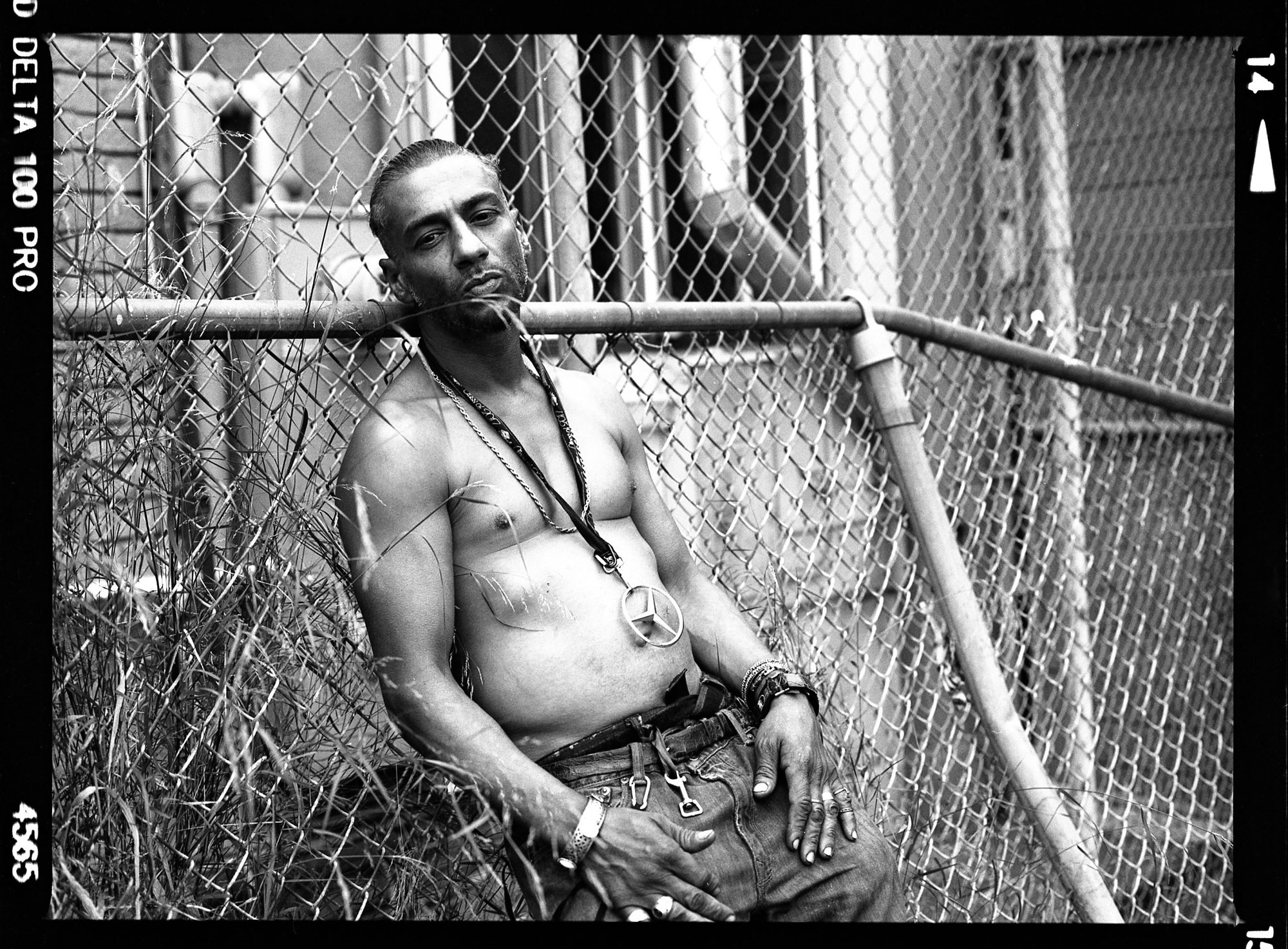 To this day I think of these photos and our short time together anytime I go out shooting. Being a young photographer with not much street photography experience at the time, this shoot broke the barrier between my timid approach to documentary photography.

He gave me the confidence I needed. He went on talking to me about his past endeavors, missing being on tour, and a life so far removed from the one he was now living. 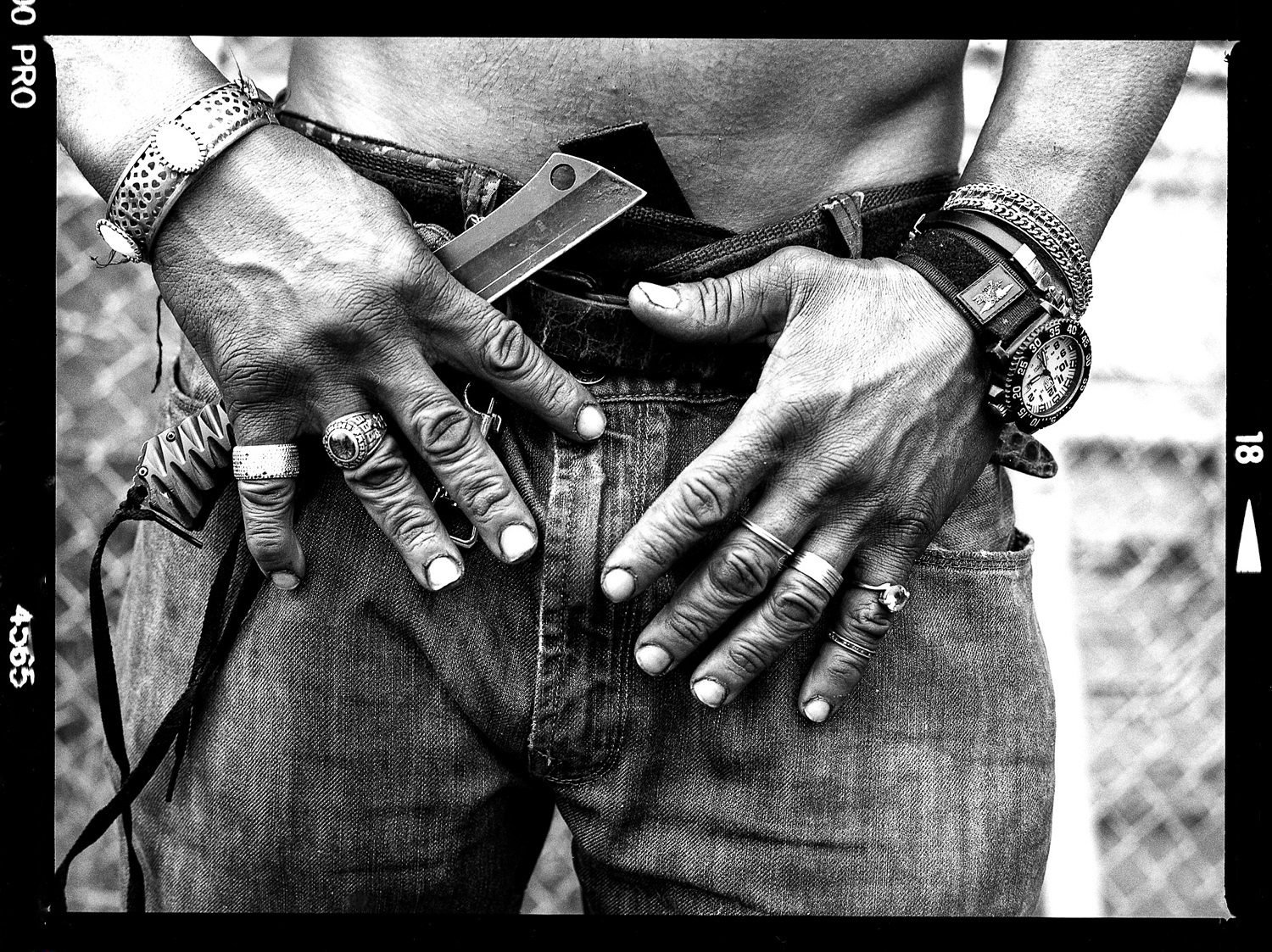 I realized after walking away from the shoot why he was so excited. I gave Nagi a chance to be back in the world that he missed dearly even if it was only for a few minutes, the pure joy on his face during the shoot and after reminded me why I picked up photography in the first place...to have this effect on everyone I photographed and got to know. 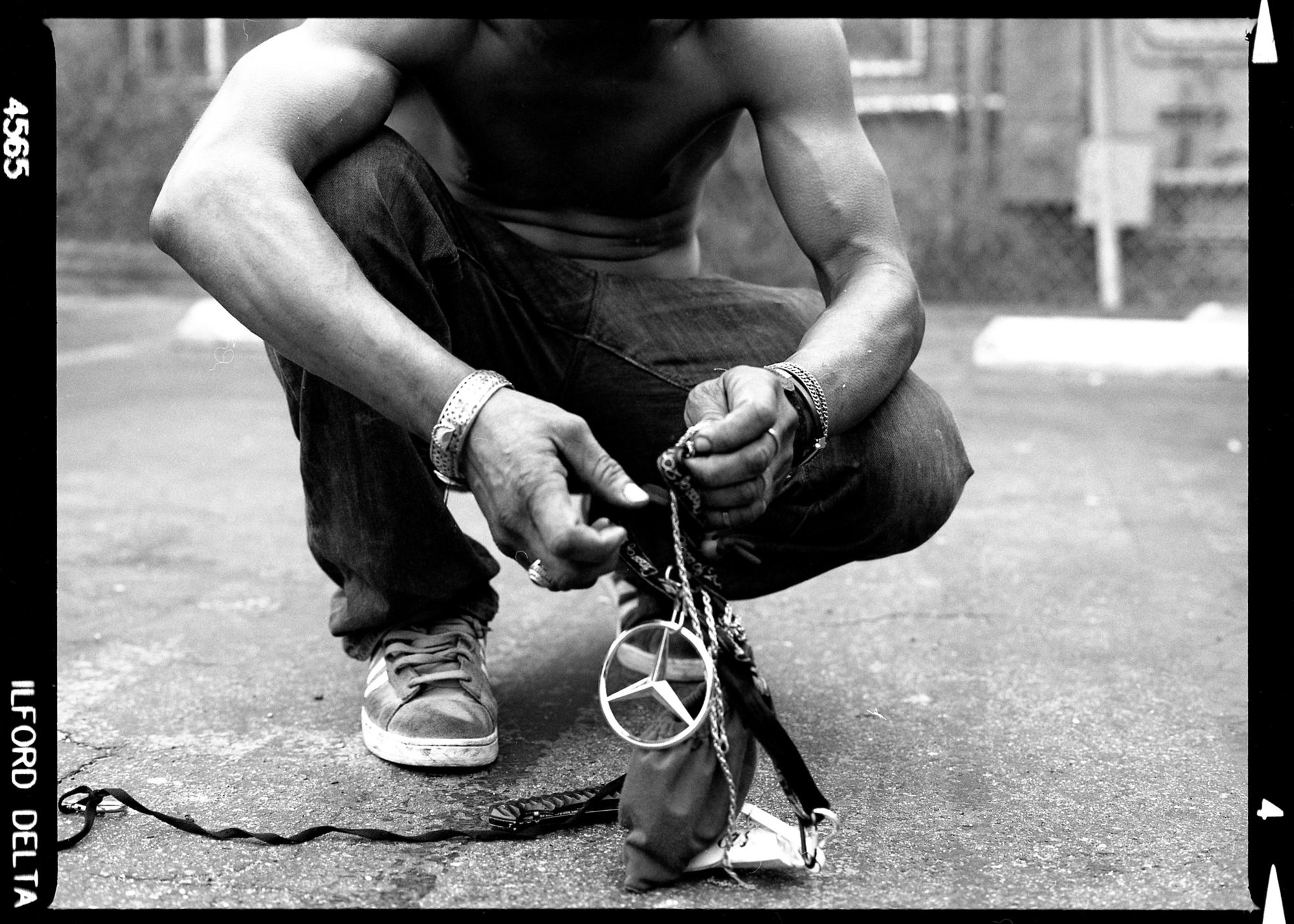 Before leaving, I asked Nagi if I could get his details so I could give him the photos once they were developed. He replied, "I will always be here, this is home come back and I'll be here."

I returned to the  parking lot a few days later and his home was packed up and gone.  Nagi was nowhere to be found. I continued to peek through the parking lot gate every time I'd come down to Hollywood Blvd.  I have yet to see him. I send my best to him always. 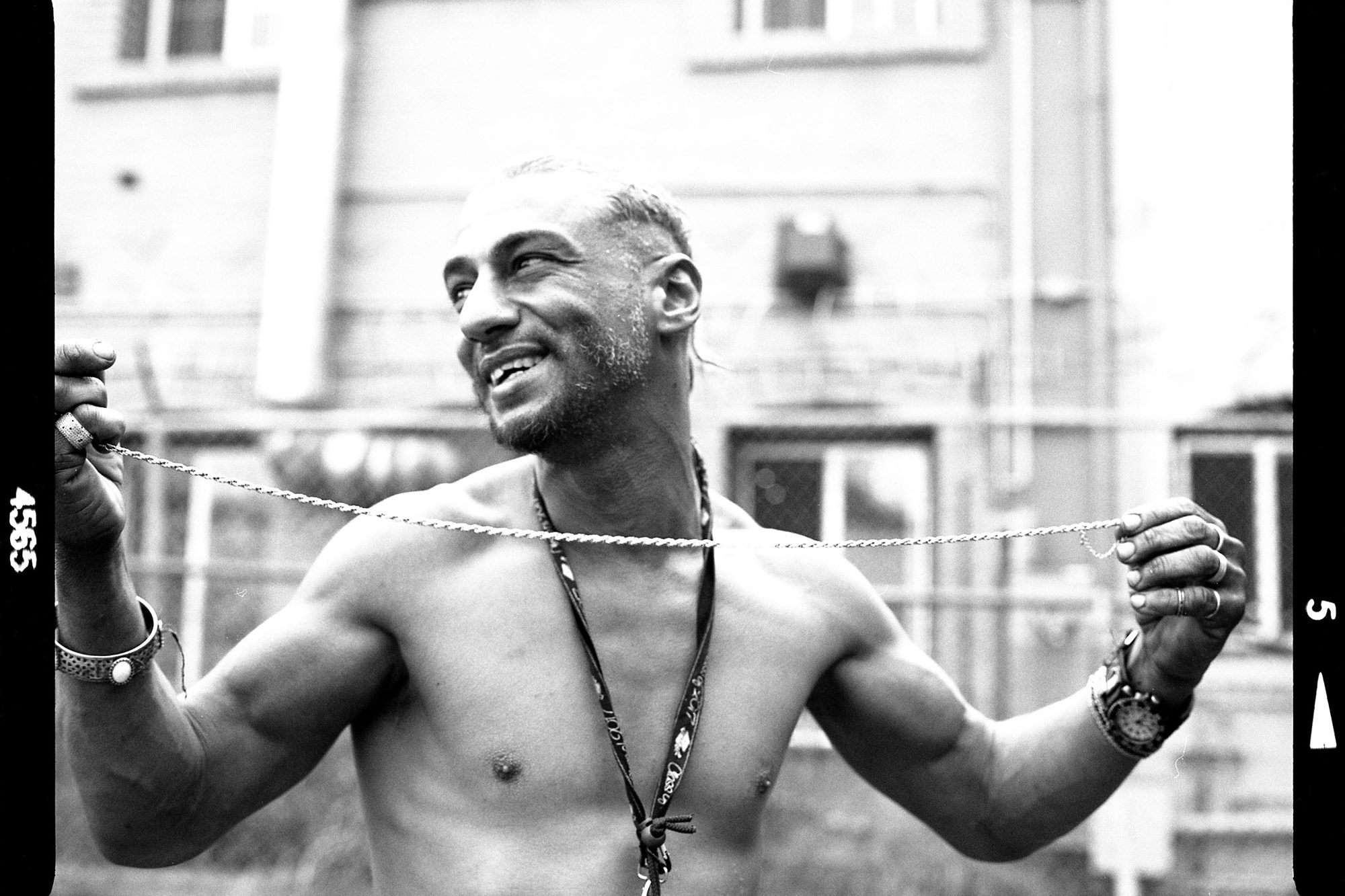 She is currently studying towards obtaining her Psychology B.A, Africana Studies Minor as well as in the works of obtaining a Minor in Photography.

Leah has always been an observer with and without a camera. As a child she was described as being very observant of her surroundings and that ultimately translated into her later interest in Photography. Leah started exploring photography at the early age of 14 and has been passionate about the medium ever since. Leah published her first zine in 2015 with a small International publishing company “Project Upcoming” and has self-published over 6 zines of her own and has had her work published in a large variety of collaborative zines. She has been using zines as a way to share her work locally and globally from 2015-2020 and will continue to do so.

Leah has also had her work displayed in 11 gallery showings and has held four Photography based Internships, first starting with Juliana Bolden of the Hollywood Post in 2017, Venice Arts Photography Mentor artist teaching position since 2019, Palm Springs Photo Festival 2019- and most recent Originals Magazine 2020.

Leah is a self-driven and motivated individual, she sees the importance of not only capturing and sharing the beauty of life but also the harsh realities of society and all things that she feels are worth sharing with the masses beyond the vail.