Colour photography has been my default choice for a long time. It is how my eyes see the world, it’s what catches my attention, and it’s what brought my back to film photography. My first roll in 2018 was a roll of Lomography 400 shot on a week long holiday in Madrid, Spain. The scans that came back from my local lab had me transfixed. I couldn’t tear my eyes away from the vibrancy of the reds and yellows. They popped so brightly against the grey and brown of the city in winter. I was hooked to film photography.

Since my return to film, I have occasionally shot a roll of black and white, often in my G.B. Kershaw 450. The label in it recommends using Ilford films and who am I to argue with a 70 years old camera? When I received the rolls back from the lab, I fell in love with the results but never enough to make me swap colour for black and white. Colour was easier and there were plenty of rolls in my fridge waiting to be shot. 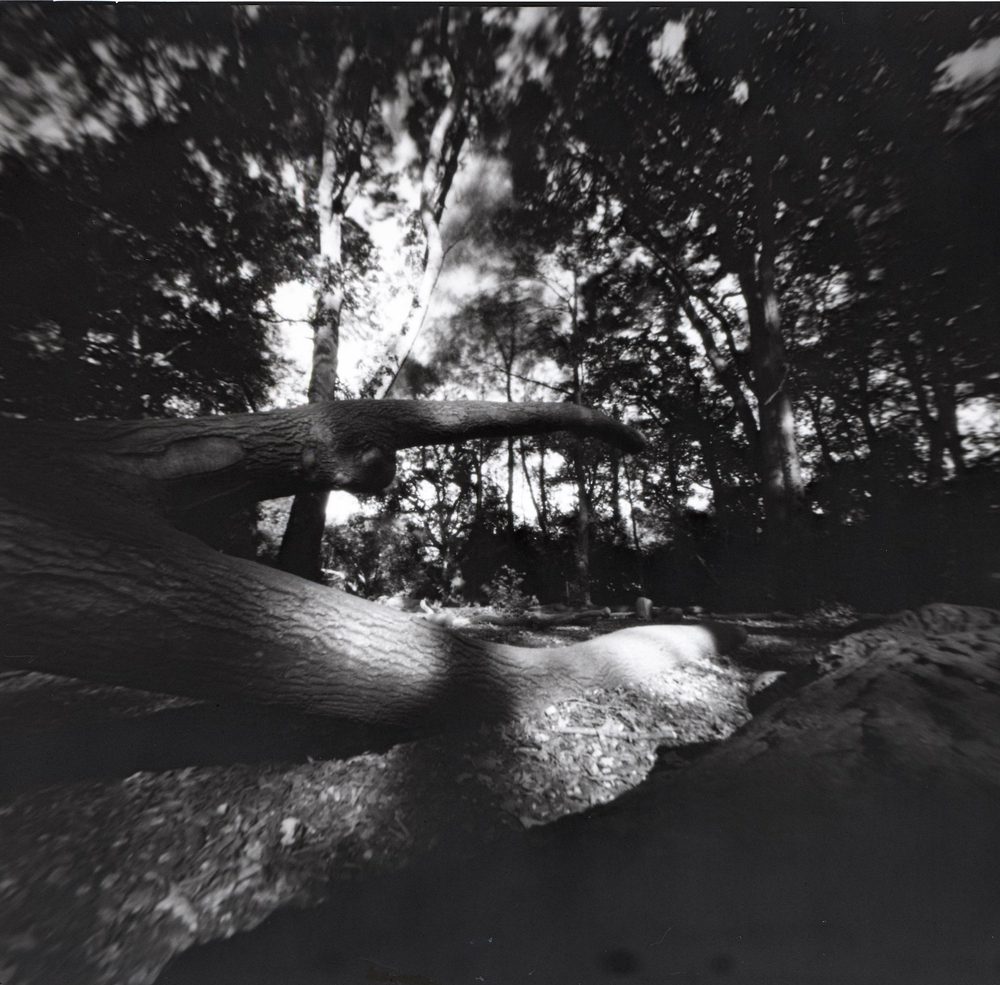 Running out of excuses

Then lockdown happened in the UK. I was furloughed by my employer and found myself with a lot of time on my hands. I ran out of excuses to explore all of the photography related topics I’d been meaning to learn about but never bothered due to a perceived lack of time. Amongst those activities I tried my hands at using caffenol as a developer. Developing with coffee, vitamin C, and soda crystals appealed to me. I could cut down my chemicals consumption making storage and disposal a lot easier, and it would be cheaper. Following Brendan Barry’s YouTube videos (https://www.youtube.com/watch?v=pYoWNXmoGoc&t=362s), I first tried the developer with paper negatives.

Spurred on by my successes with paper negatives, I decided to try it with film. More successes (and some failures) followed and I began to dream of a darkroom where I could make contact prints. The idea was to be able to shoot an image, make a contact print, and send it to friends and family. The entire process would be in my hands and my images could take on a life outside of the pixelated world of my computer screen.

So black and white became the evident choice. I finished the few rolls of colour I had in my cameras and bought a selection of black and white films. I settled on Ilford Pan F, FP4, and HP5. The choice was easily made. The prices are attractive and the Internet is crawling with information about each of those films. I selected both 35mm and 120 to cover all basis. 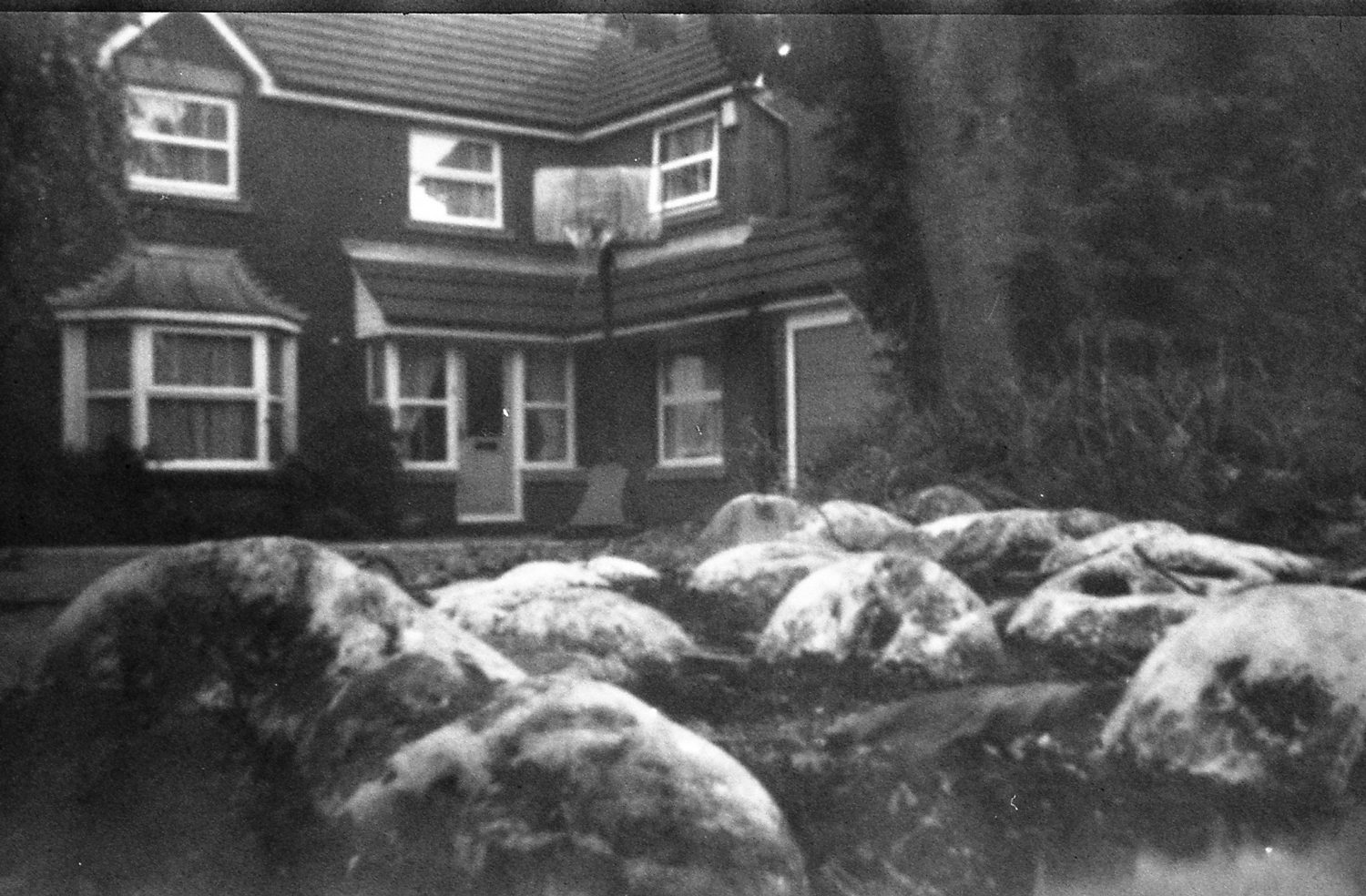 I received the films when the sun still made an appearance over Bristol in the UK. So I promptly loaded my pinhole cameras with Pan F. At ISO 50 I wasn’t prepared to shot it in darker colder days where I would have to hang around for long period of times to get one shot. I loaded a roll of 120 in my newly acquired Reality So Subtle 6x6F and one in my converted to pinhole Pentax ME Super.

On brighter days the contrast easily became pronounced but on duller days, the tones captured all the details of the scene in even greater details than I perceived them on the day.

With my homemade pinhole camera, the results were grainier and blurrier but that is no fault of the film. 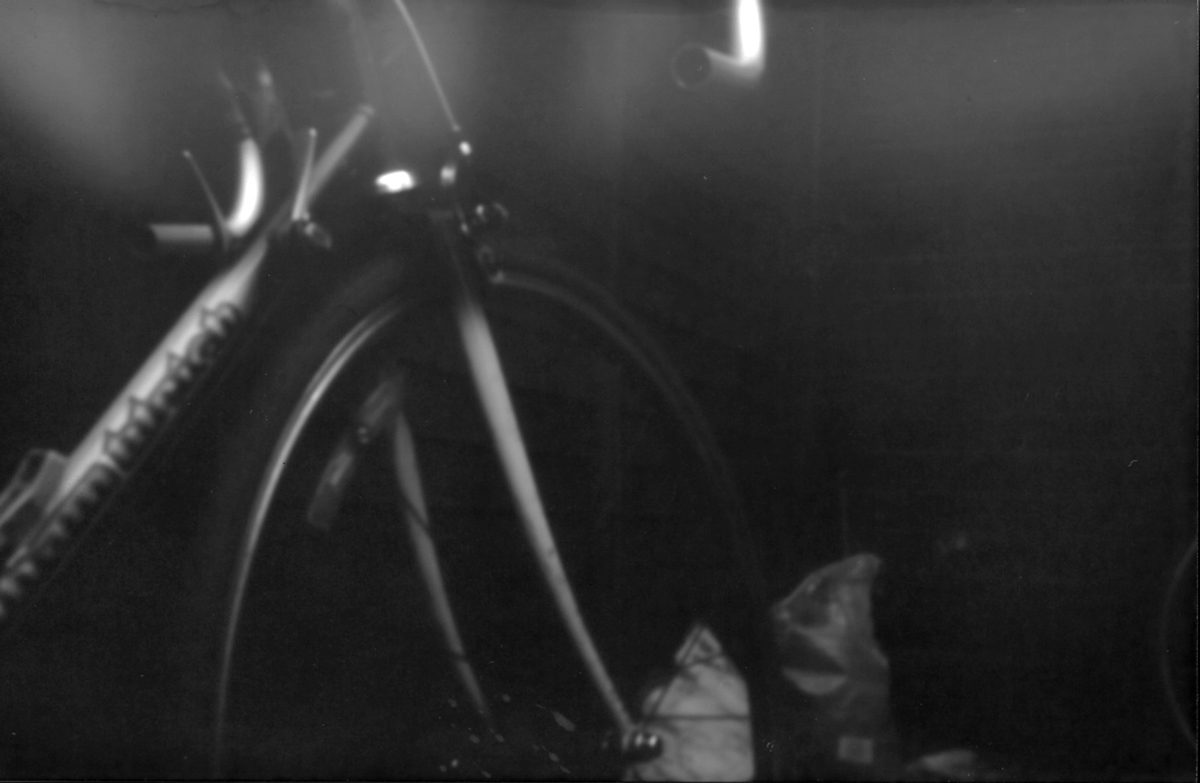 Next up on my list was FP4. I loaded it in my Ondu MKIII multiformat and slowly worked my way through it. The film felt fast compared to Pan F, times cut short by the higher ISO and better reciprocity failure. I enjoyed the large tonal range the film offered, capturing a wide range of details even on brighter days. 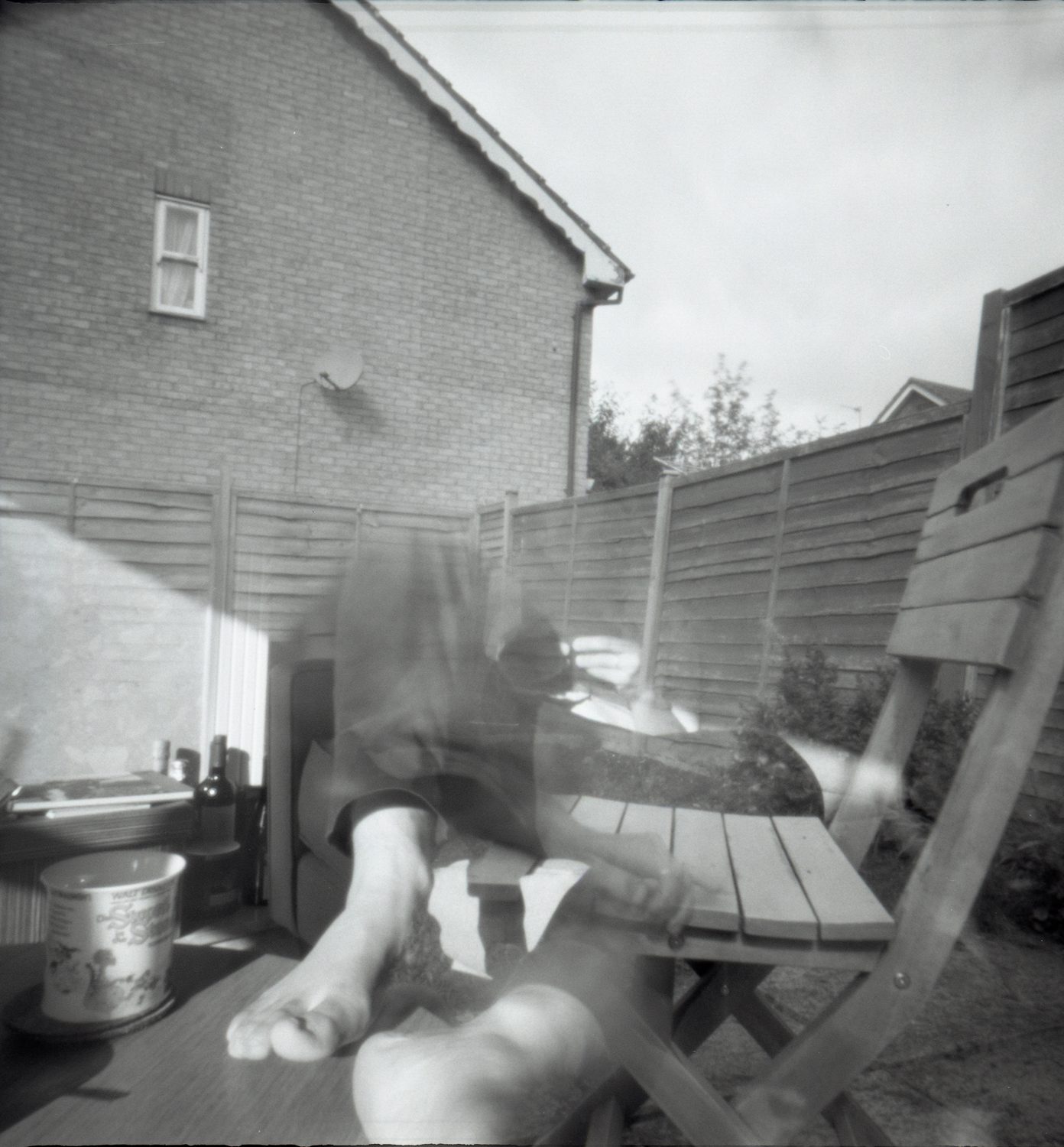 Around the same time, I loaded some HP5 in my G.B. Kershaw 450, as I readied for a few hours at the beach, disregarding the fact that the weather was clear and blue. HP5 was the only film I was familiar with already, having shot it a handful of times before. Like FP4, I like how it managed to capture details in spite of the sharpness of the light that day. 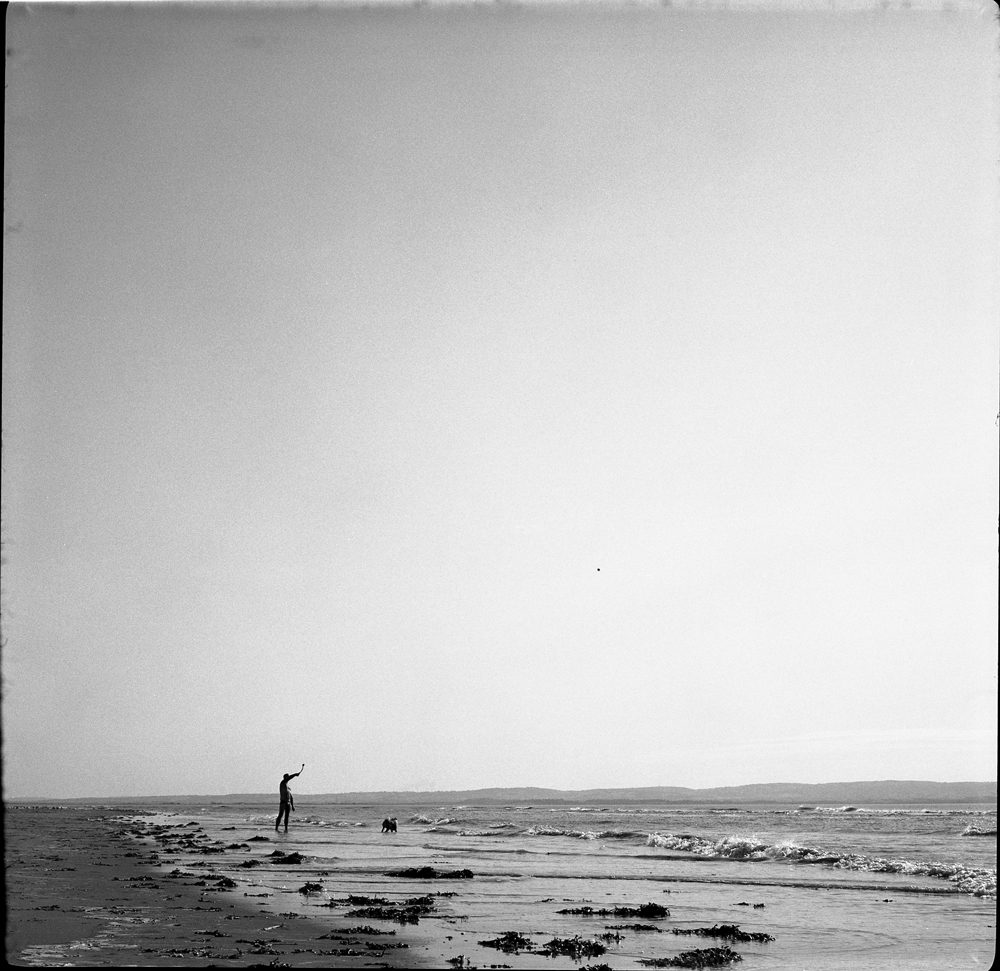 A New Way of Seeing

After a couple of months shooting in black and white, my eyes are gradually adjusting to their new ways of seeing. Often still, a pop of colour grabs my attention but I now know it won’t necessarily translate well to black and white. Instead my vision is increasingly paying attention to the light, as well as patterns and textures around me. Well-trodden places are gaining a new dimensions as I begin to see beyond the immediacy of colour.  I have along way to go before I will be comfortable with shooting in black and white. But that’s okay, I am in no rush. This is only the beginning to what I hope will be a long journey of exploring the world of pinhole, of light and textures, and of the darkroom.

Allysse is an image maker, writer, sound artist, and microadventurer (not necessarily in that order). At the source of her work are her journeys and every day life. Through non-fiction pieces and imagery, she recounts the personal stories she encounters in her daily life and during her travels, taking the reader/viewer/listener outdoors with her. She becomes the guide through which the audience can embark on a journey in a particular space and time, noticing the small things of everyday life, meeting strangers, exploring new landscapes, and delving into her inner world.

#posedfilm was this weeks #Fridayfavourites theme. Showing us how movement can be experimental through portrai...
Read More

We are now in the midst of summer, so it is the perfect time to share your #slowfilm shots in this weeks #ilfo...
Read More

Monika Danos is our 60th In Focus interview. When not taking care of daily life, her love for trees and garden...
Read More