The downtown skyline of Oakland, CA sky looks different now. Everyday new cranes tower over the city, stacking up floors of new condominiums and office buildings in the blink of an eye. The constant construction sounds echo the town’s growing pains, all the while a movement of artists from the soil work to maintain and preserve the heart, soul, and true voice of this beautiful city. As you travel downtown on 18th st towards Telegraph Ave, you will catch a stunning new photo mural on the side of the Bay Area Legal Aid Building. The mural is by young Oakland native visual artist, Cinque Mubarak. 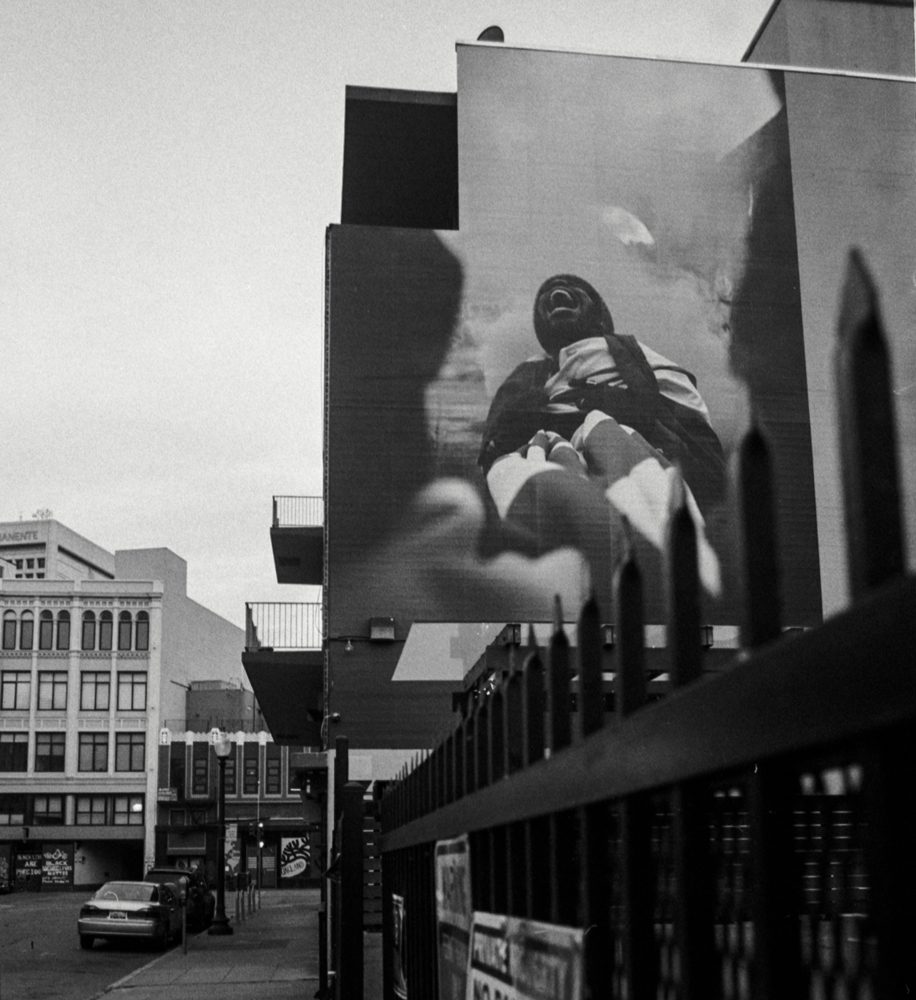 Cinque is a true product of the town. Someone you can always catch venturing the streets, most likely with a camera in hand. The journey fully began in 2016 when his grandfather presented him his first film camera, a 35mm Canon ae1 program. From there a new obsession began, as he spent hours at the library studying the works of other photographers such as Vivian Maier, Bruce Davidson, and Eli Reed. Fascinated by how these masters of the craft could capture the soul and stories of their subjects, Cinque found interest in carving a similar path. He took to the streets of Oakland and began capturing the community. Through his work, Cinque can encapsulate his desire to reflect the authenticity of his environment and upbringing. As he developed his skills, he also found a distinct stylistic voice to capture his people in a real and genuine light. 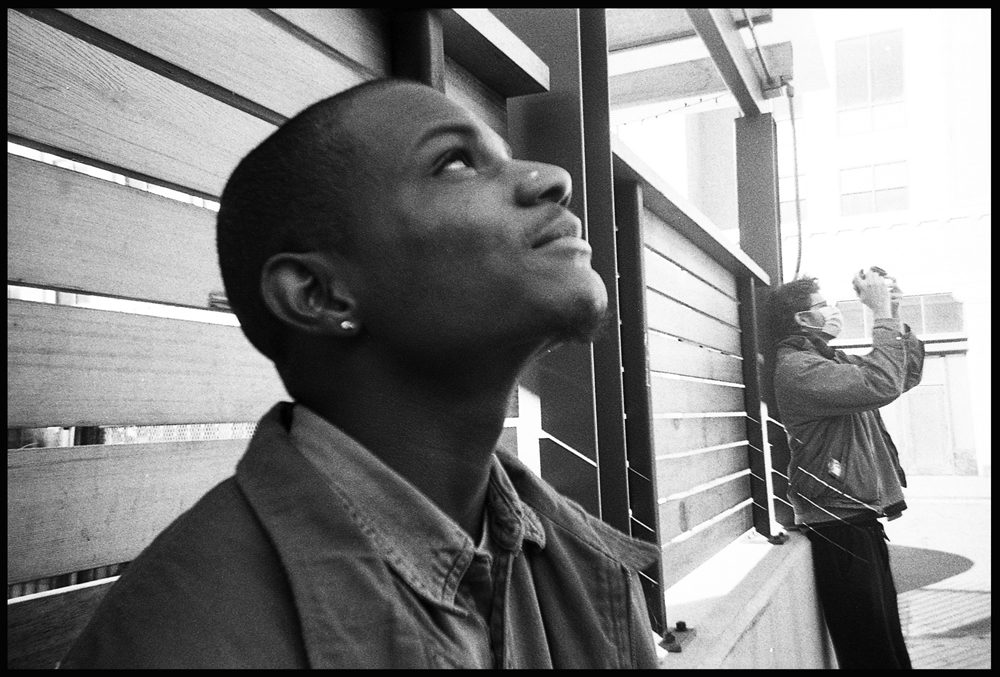 A year of change

The year 2020 brought great changes that shifted the climate in so many ways. Well into the pandemic, protests still roared through Oakland, shouting the names of Breonna Taylor, Ahmaud Arbery, George Floyd, and All Black Lives Matter, etc. During these radical moments of community expression, the city streets also became a reflection of these sentiments, with murals filling sidewalks with vivid colors and urgent messages. The concept of public murals can be to simply beautify a city, but depending on the artist it can also mean reclaiming these lands, these spaces, and taking back a right to convey and invoke a deeper conversation for all who see it. 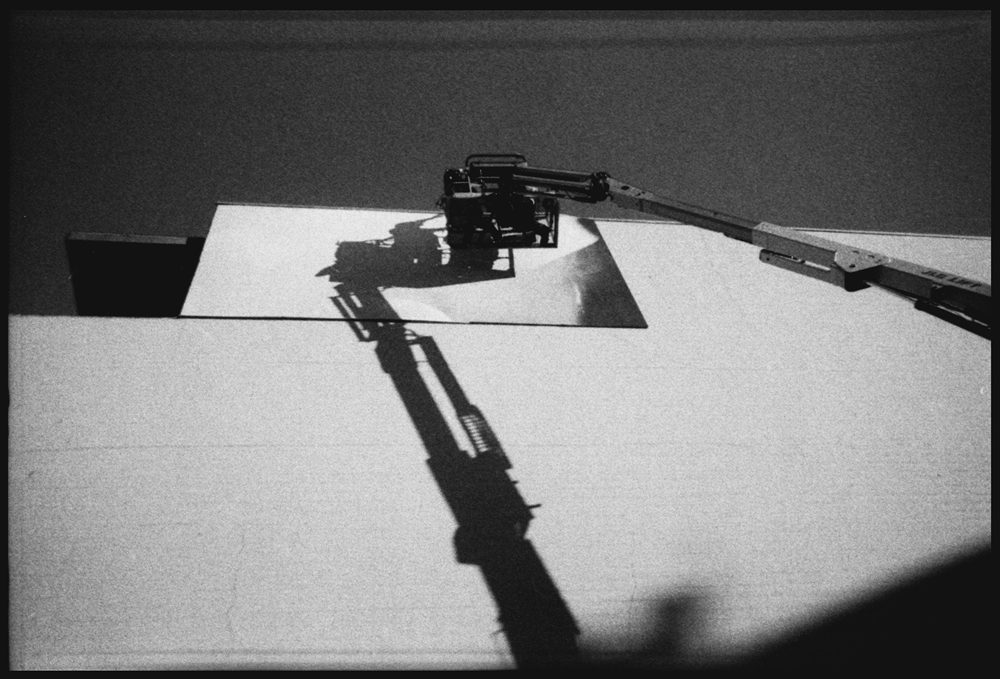 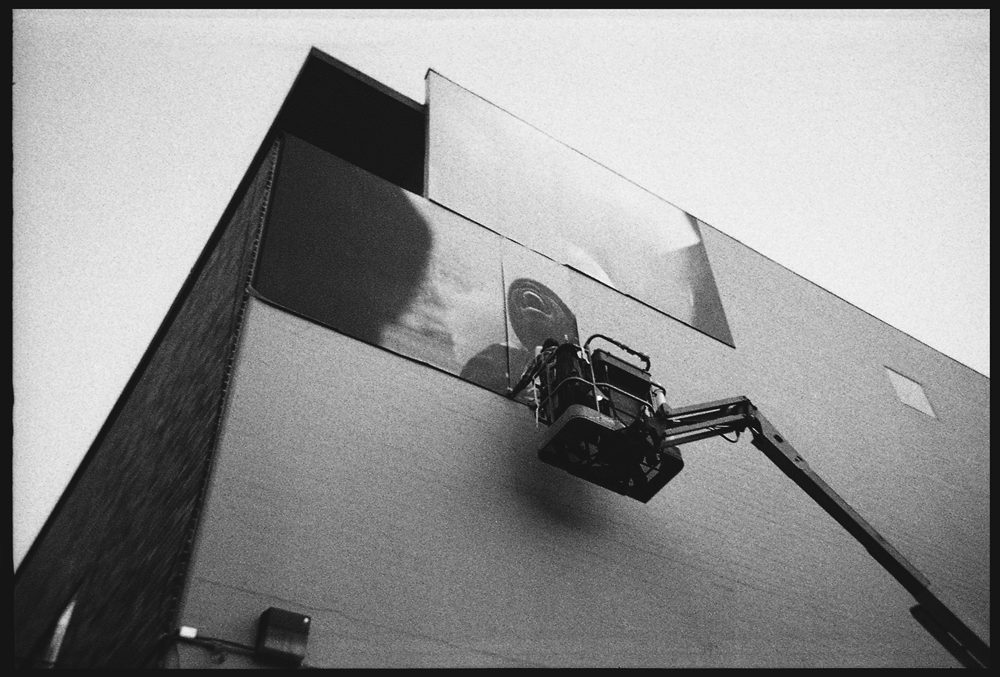 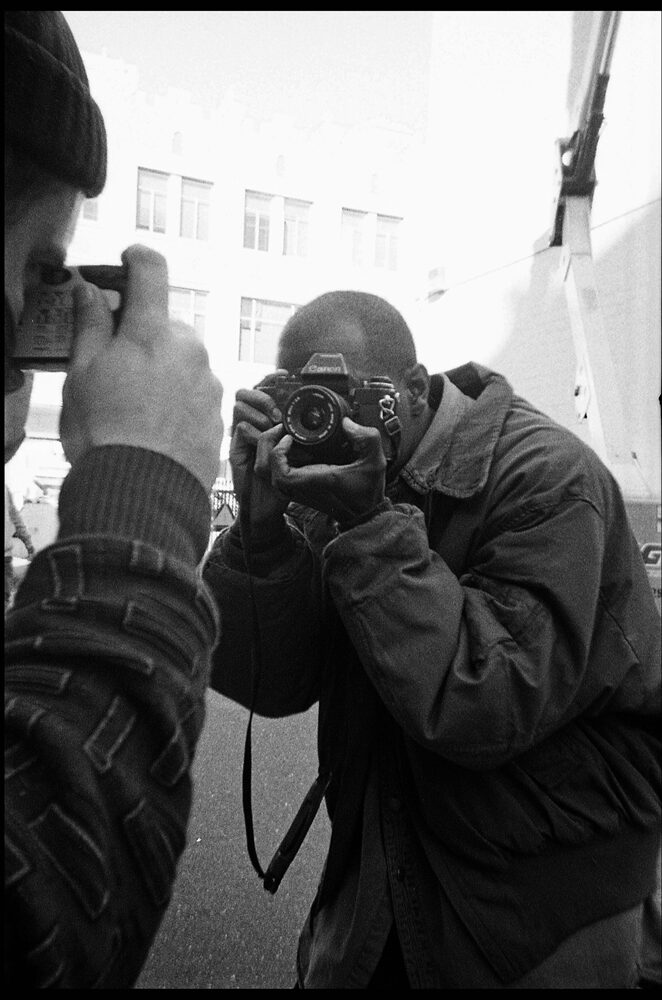 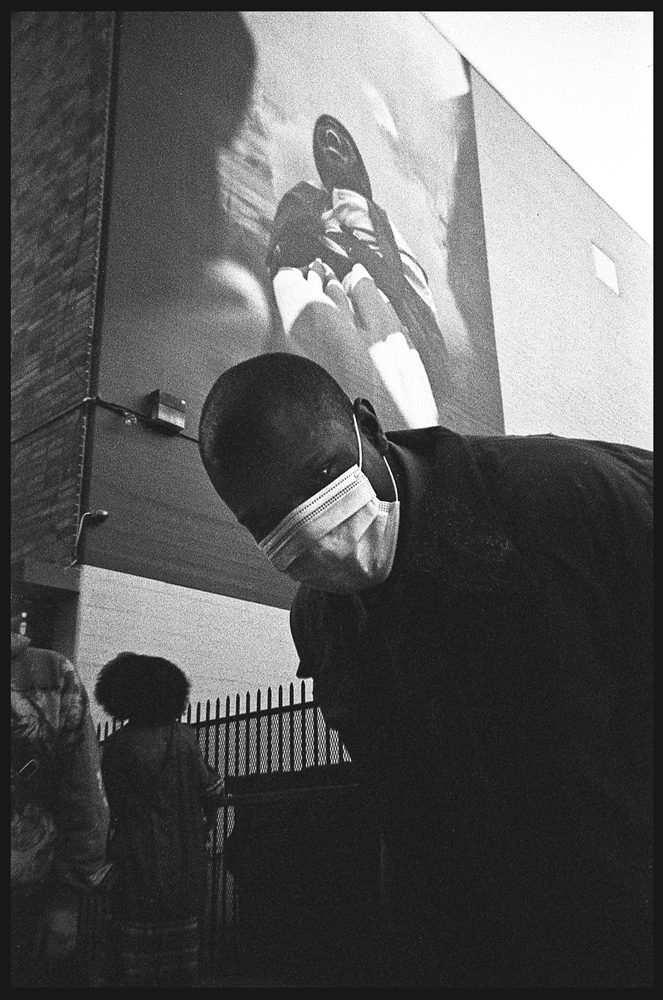 With the help of ABG Art Group, Cinque was given the opportunity to realize that reclamation of space with a public photo mural. The community quickly rallied around Cinque to see the vision through, and $16,000 was raised for the production of the mural. In December of 2020, the “Ineffable Mythology” mural was completed. At 39’ by 26’, the photo mural addresses the incomprehensible trauma and pain of the Black Experience in America.

According to Cinque, ​“The intention of the mural is to invoke empathy and action in those who would otherwise be silent or tend to look the other way. I believe that empathy promotes action and I believe that the art of photography is an instrument to manifest feelings that wide audiences would otherwise not have the opportunity to feel.” 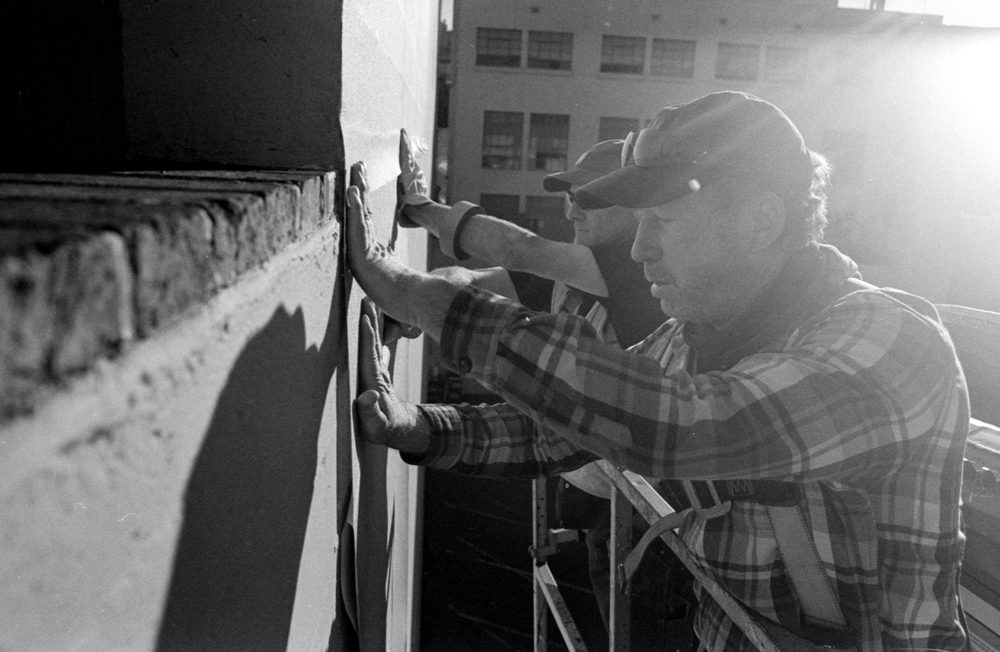 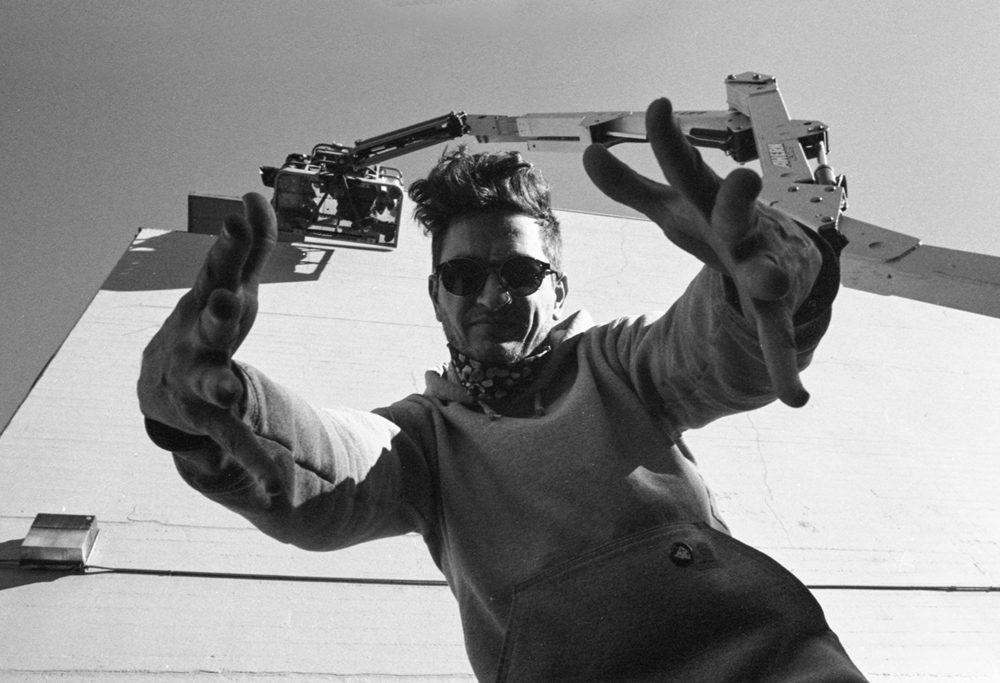 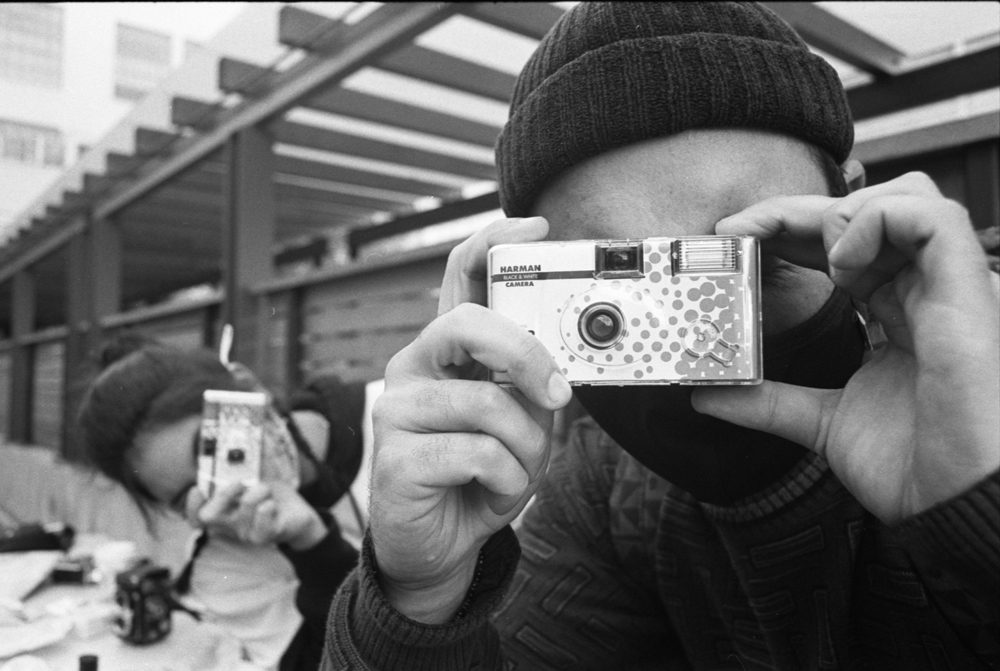 During the mural unveiling, Q handed out free HP5+ film and disposable cameras from Ilford to young photographers who came to see the mural. While handing them out, Cinque asked those who received the cameras or film to use them to take a photo of the mural as their first frame. This was meant to keep the spirit of the project alive, for others to continue to capture moments of empathy and continue to fight for social awareness. 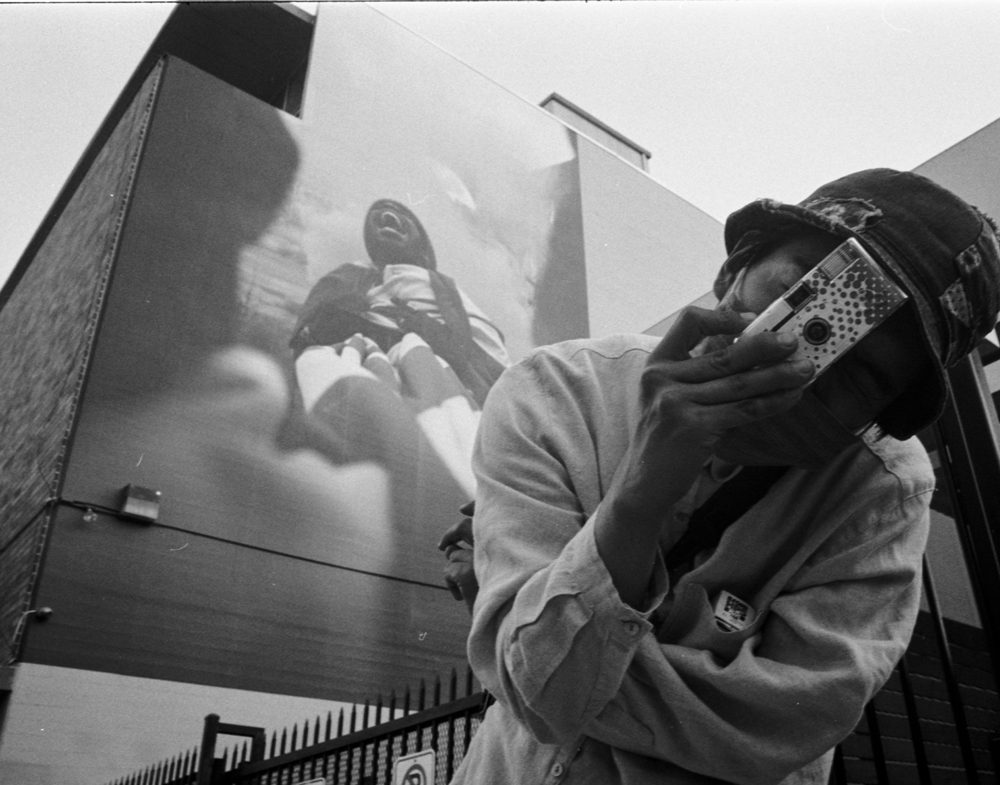 Tessa Shimizu is a Japanese/American artist, born and raised on the border of France and Switzerland. Shimizu moved to California in 2013 and graduated California College of the Arts with a BFA in Photography. In 2018 Shimizu co-founded a POC collective of visual artists based in the Bay Area, CA called “& The Others”. Initially drawn together with the ambition and desire to grow as individual artists whilst cultivating community. Driven by the world around her, Shimizu continues to translate her observations and understandings primarily through the tools of analog photography and other process-oriented methods. In search of the abstracted moments, Shimizu aims to channel them into visual and sonic representations; as well as create work that the people and the collective consciousness will find comfort and relatability within.

Cinque Mubarak
Cinque Mubarak is a Photographer and Creative Director raised in Oakland CA. In the summer of 2014 a community member gifted him a camera which sparked an interest in photography. His dedication to the craft came in 2016 when his grandfather gifted him his first film camera, a 35mm Canon ae1 program. He would spend hours at the library studying the works of other photographers such as Vivian Maier, Bruce Davidson, and Eli Reed. Cinque was fascinated by how these masters of the craft could capture the soul and stories of their subjects and he wanted to explore that. So he took to the streets of Oakland and began capturing his community. His work encapsulates his desire to reflect the authenticity of his environment and upbringing. He is determined to capture his people in a real and genuine light as they are.

Art and activism: Documenting protests against police brutality and anti-Blackness.

Inherent bias Photography has long been used strategically as a tool and method of capturing and sharing slice...
Read More

How I Got This Picture - Andrew Orr

Jupiter and Saturn Conjunction There was a lot of interest in this shot when it was shared, so we asked Andrew...
Read More

A slice of London Isle of Dogs is the name of my second self published zine under Ducksale Press, a zine publi...
Read More