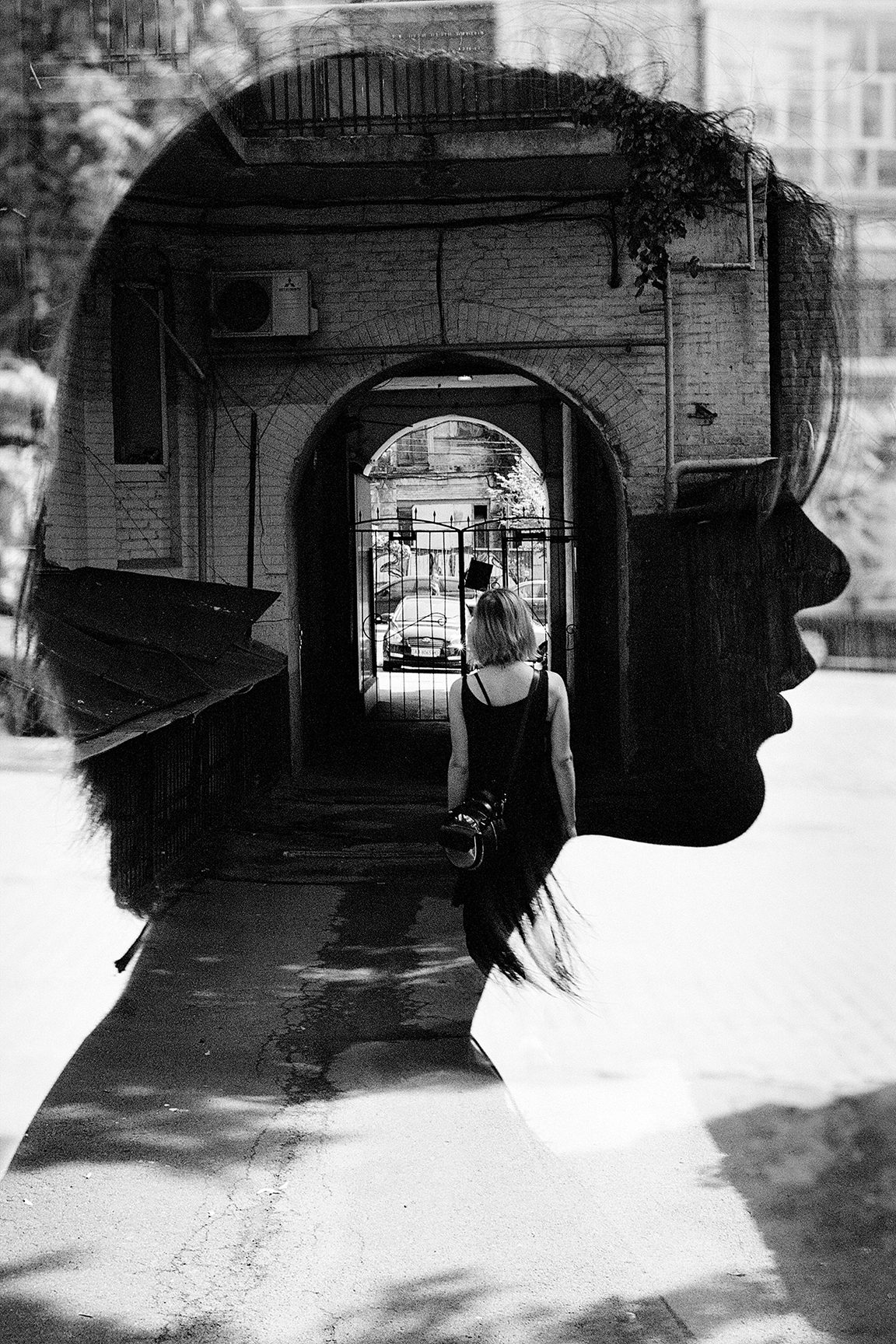 I was attracted for a long time to the visual capabilities of multiple exposures. But I had no concept of how I could go beyond the simple multiple overlapping of frames, until I visited Marcel Duchamp’s exhibition on MMCA Seoul. On this exhibition, I saw his portrait ”Two Duchamp's”. From this moment I got keen on the idea of keeping different stages of the same moment within the same frame so that it adds an extra depth to the subject.

Most challenges were around the sequence of frames: which frame should be created first and how to put together the second frame. I spent some time and tried a few films to find the best way

What process did you use (Tripod? Set exposure time? Filters? Lighting?)

As for the process itself, at first I thought it doesn't matter which frame you take first - just make correction of exposure by one step. And it really works sometimes. But the better way is to expose the film gradually. I mean, first you need to make a frame with a larger dark area (silhouette). This way it is not necessary to do additional exposure correction. Then I normally expose the second frame - this way the first exposure will act as a frame.

How did you process it:

For this particular film I used the services of a darkroom. Since ILFORD XP2 is a film for the C-41 process. The laboratory is the most reliable way to get a guaranteed result.

My name is Shchukin Nikita, I am Digital designer and photographer in Oddity studio based in Hong Kong but originally I am from small city in Russia Izhevsk.

I think that photography can be attributed to my hobby but at the same time it organically combines with my professional activities. The highlight that inspires me to do photography is the endless possibility of experimentation. Starting from exposure experiments and multi exposures, ending with both digital and analogue processing.

As so many of us are in lockdown at the moment, (although I always take my camera with me on my daily walk / b...
Read More