Double exposures can be really tricky to get right. Lucy Ridges shares the secrets behind her ship / nude image below. 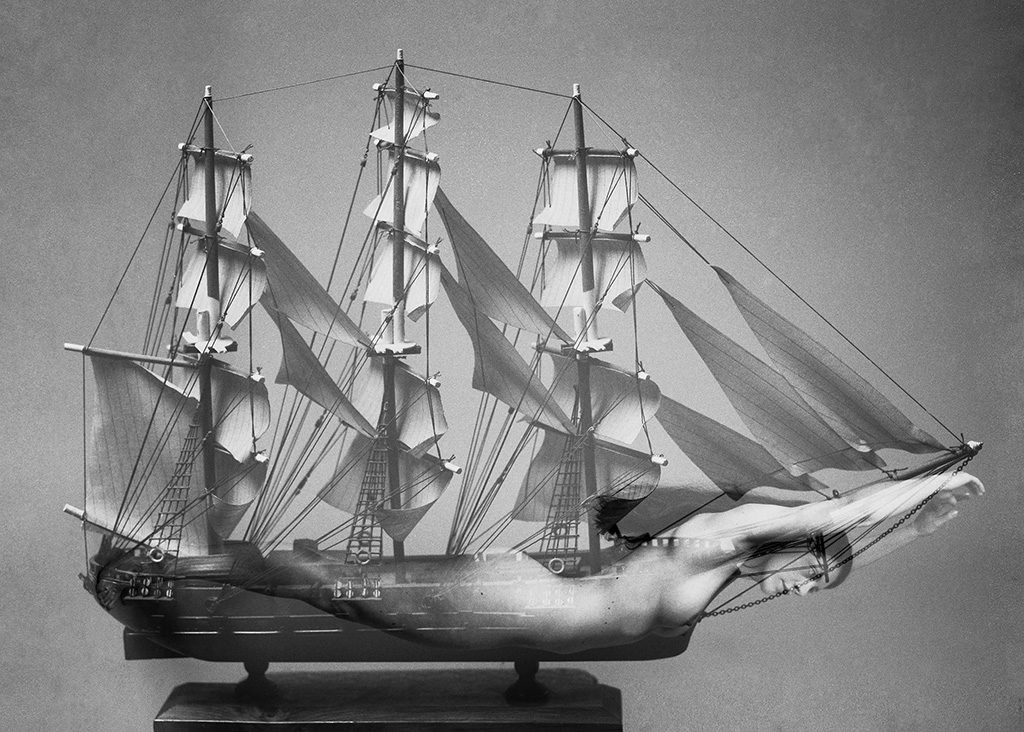 I shot this image at my photographic studio in Manchester, located within Rogue Artist Studios

The story behind the image

My work for many years has encompassed a love for multiple exposures and a fascination with photographing the female nude. The images I make have an element of escapism, of a world far from our own. The idea behind this image came to me as I was at the National Gallery viewing a large, beautiful painting of an old ship far out at sea, I think from the Romanticism period. I knew the image I had in my head, but I wasn’t yet sure exactly how to capture it!

This is a very technical image and it was an enjoyable challenge to create. I created it by use of double exposure in my Manchester studio. For the first exposure I photographed a beautiful wooden ship (about 2 feet in length) that I had picked up some time before at a second hand shop. Without winding the film on, I removed the ship from the shot asked my long-term collaborator and nude model Catherine, to step in its place. Widening my shot by stepping back, and turning the camera on its side; I positioned Catherine over where I believed I had shot the ship. To help with the process of lining it up I used a china marker pen on the viewing screen of the Mamiya to mark the edges of the ship. Out of the 12 images on the film, 11 didn’t work for various reasons, and this one came out as exactly the image I wanted to capture! It was an exciting moment when I saw this negative!

For all of my studio work I only ever use one light, a large softbox typically on the right hand side of the subject. With the Mamiya being such a hefty camera I need a hefty tripod with it!

I sent the film to Peak Imaging in Sheffield to develop the negatives only, and then I scanned the negatives into my computer with an Epson V700 negative scanner.

I printed the image 30cm x 40cm at a local printer in Chorlton, Manchester and it sits in a black wooden frame.

Lucy resides in Manchester, works from Rogue Artists Studios and is represented by Ruth Davies for print sales and Millennium Imaging for image rights.

“Through my work I look at human’s relationship with the land in our modern world. I am interested in exploring our connection and disconnection with nature and the spaces we occupy. I currently create work via the medium of photography and mixed media, with visual inspiration taken from the surrealist movement. My interests lie in the physical processes of photography, and of creating experimental work fuelled by the fascination of manipulating a medium designed for the representation of reality.”

The sun is shining and then it's snowing! A typical start to Spring here in the UK.  For today's #ilfordphoto...
Read More