My love for film is strong, but it wasn’t my first photography love. When I first started out as a landscape photographer my focus was on digital infrared. I was drawn to the unique view that it captures. Last month my two photography loves came together when I was given some SFX200 Extended Red film by ILFORD.

When I shoot film I use a different set of skills to when I shoot infrared.  One of the most important elements of shooting infrared digital is the quality of the light - the distribution and opacity of the clouds and the way that the light bounces off the landscape. 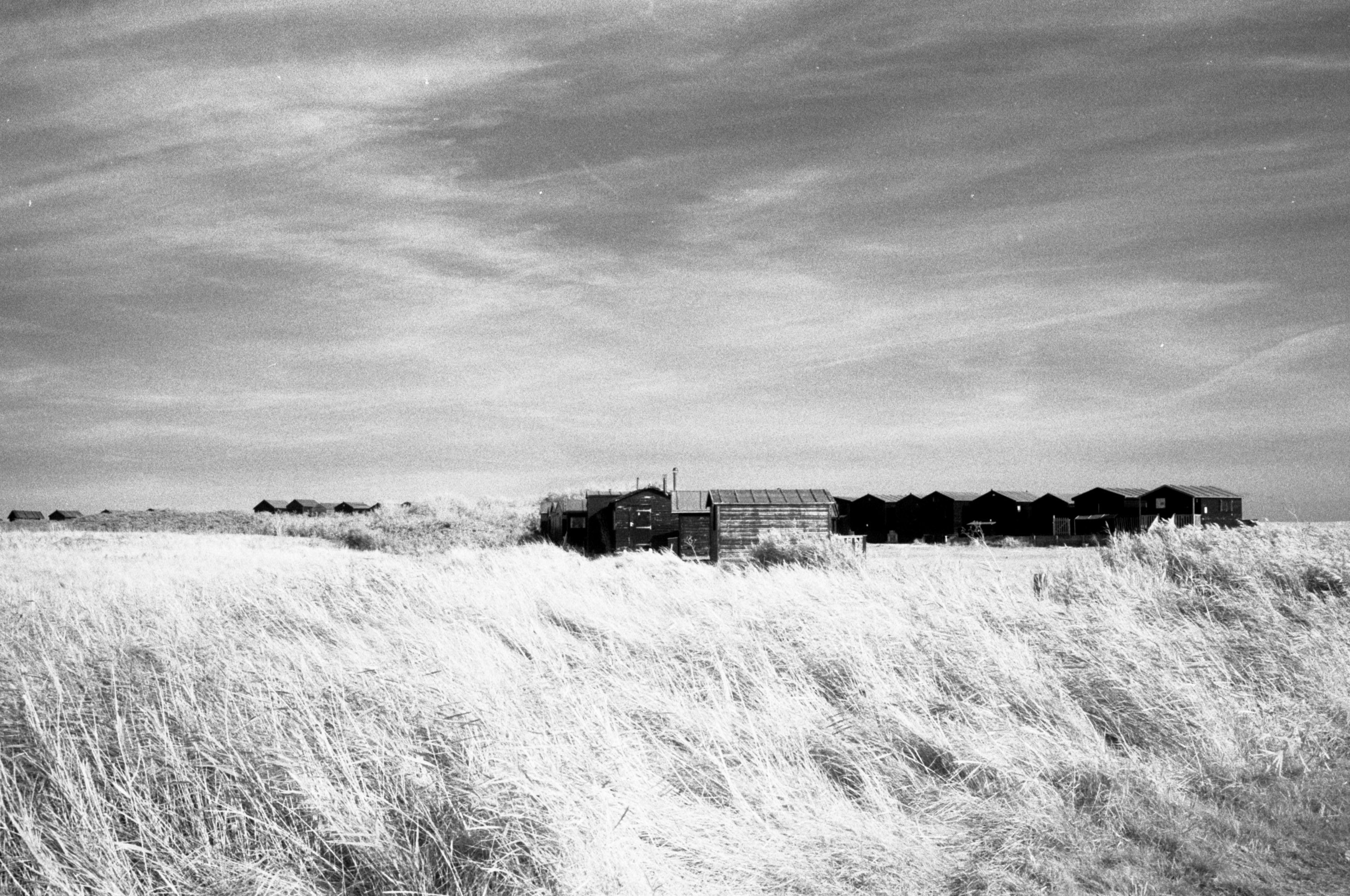 Through October, I was watching the weather forecast; waiting for the best day to test this film - you have to be patient, grasshopper. I like to use, what I call zen photo in my photography - both digital and film. This means that I don’t get shutter happy. I don’t take as many shots as I can, I take my time. I let myself be in the landscape. I watch and I wait. And when the conditions are right I release the shutter.

As well as the light quality there also has to be something else, a certain je ne sais quoi that I can’t put into words but I know it when I see it, when I feel it.

Upon waking up one fresh morning in October and opening the curtains I realised that this was the day I had been waiting for. The sky was perfect, the breaking sun, the cotton top clouds.

I rushed downstairs and had some breakfast, porridge - it’s October folks and I was about to spend most of the day patiently waiting.

“Take some snacks” my other half said.
Snacks! I don’t have room in my photography bag for snacks!

I could stick an extra Lee filter or roll of film in the space that a Kendal Mint Cake takes up!

“Yes, dear.’ I replied as I hastened to the darkroom - loaded the infrared film then split.
I’m sure I said good bye to her and the kids! 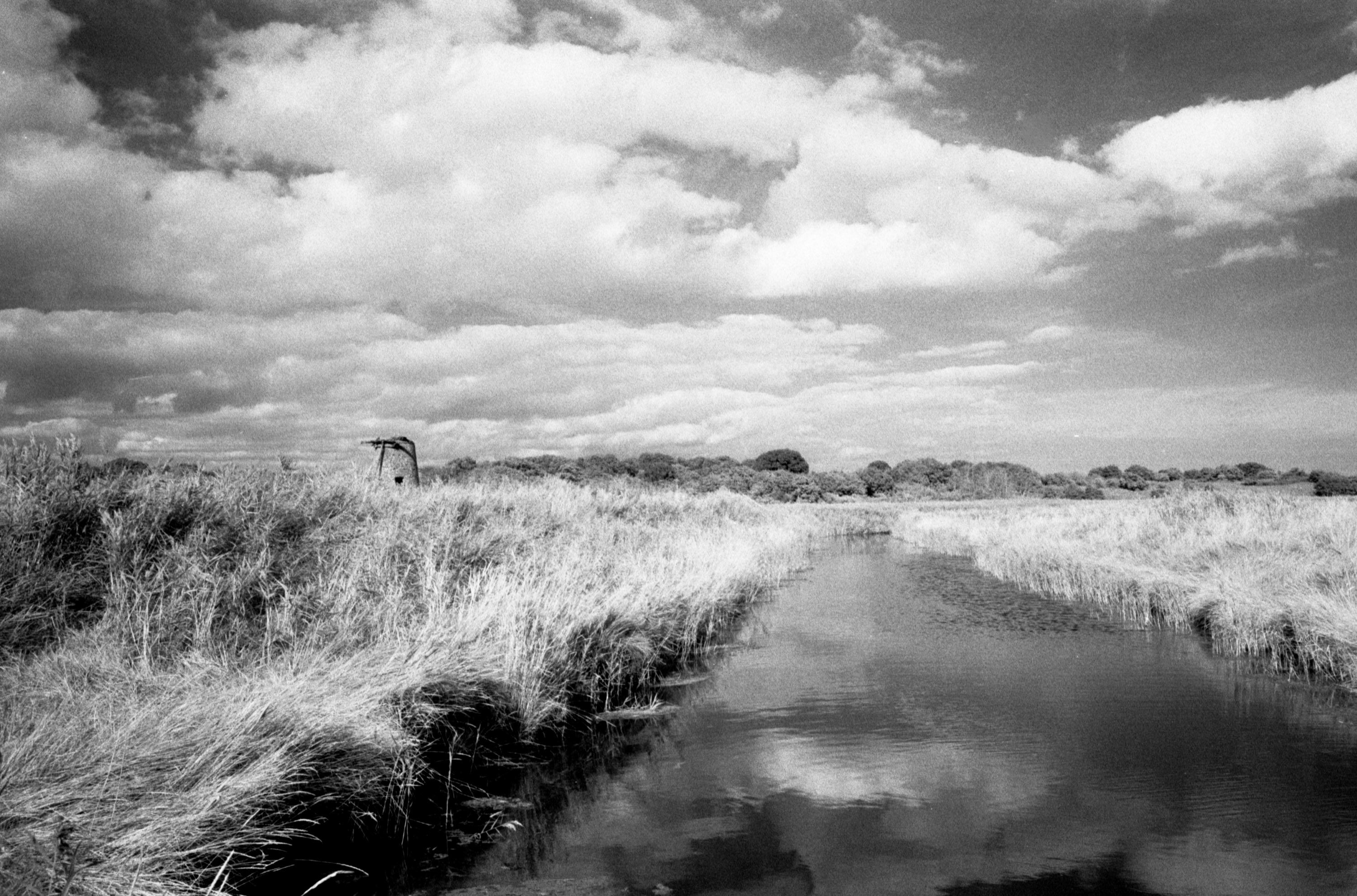 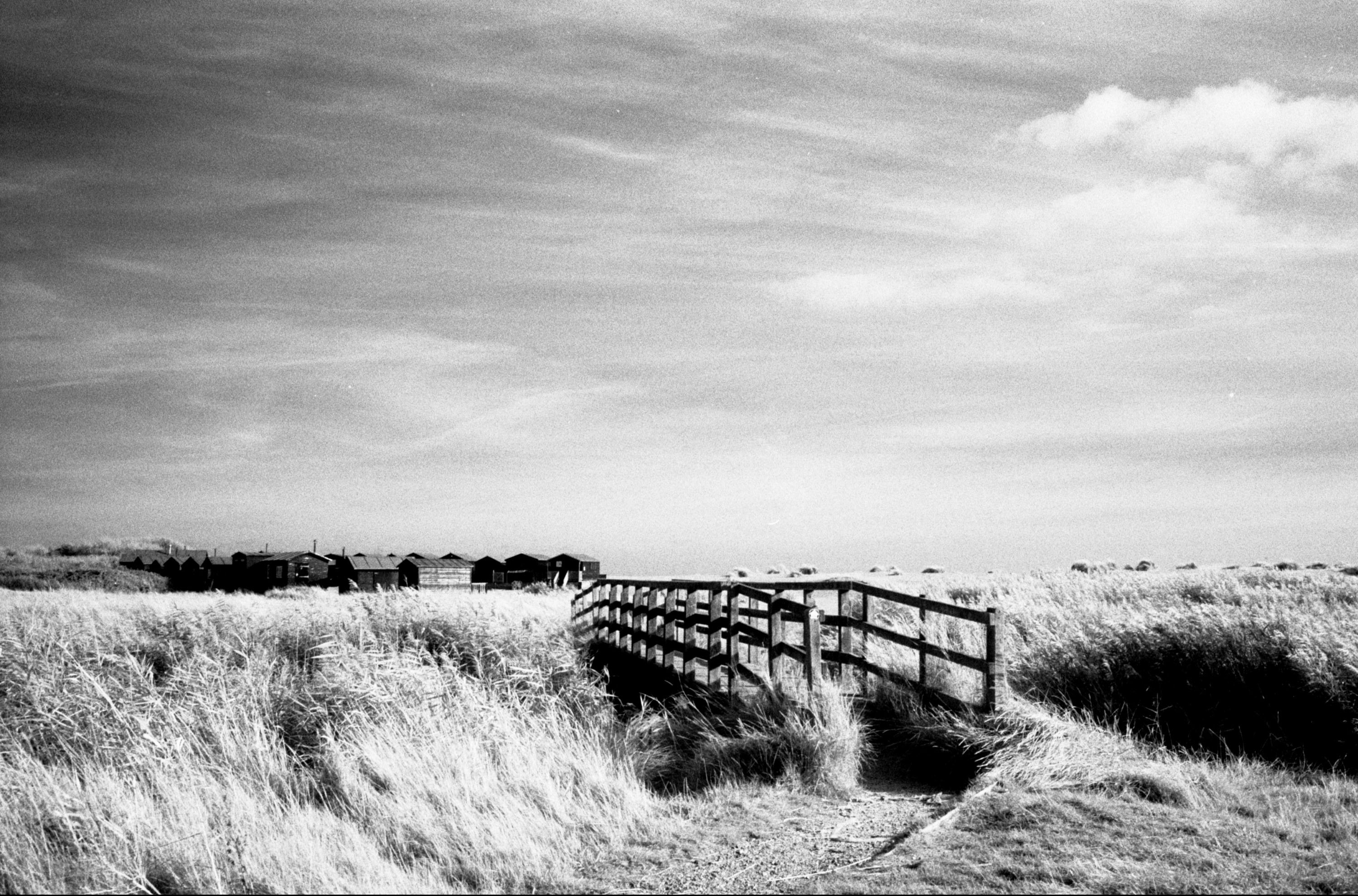 Like all good zen photo practitioners I had already decided where I was going to shoot. This particular location was known to me - although I hadn’t visited it for a few months.

I find it is very important to revisit locations. Even though I spend a lot of time in the field - watching and waiting, I am always astounded by how much a landscape changes with the fast passing of the seasons. It morphs and grows, if falls and slows. And as the landscape changes so does your attention, your focus in the shot shift to things that weren’t there half a season ago; areas you may have missed or overlooked the last time you visited.

I knew I’d picked the right day when I started walking the land. I like to walk it first. To pay attention, to have a first look. To notice. The tilt of a tree, the camber of the land, the curl of the bank, the flow of the light and where it lands.

Being patient with the light is a major part of my practice. It’s no use trying to tame or pause it; all I can do it trap it in film.

I’d grabbed my Leica M for this shoot, because it didn’t block my viewfinder when using an infrared filter but it also gave me the freedom to take images handheld. Being connected and the tactile nature of shooting is another aspect of my zen photo process - maybe we’ll look at this in another blog? 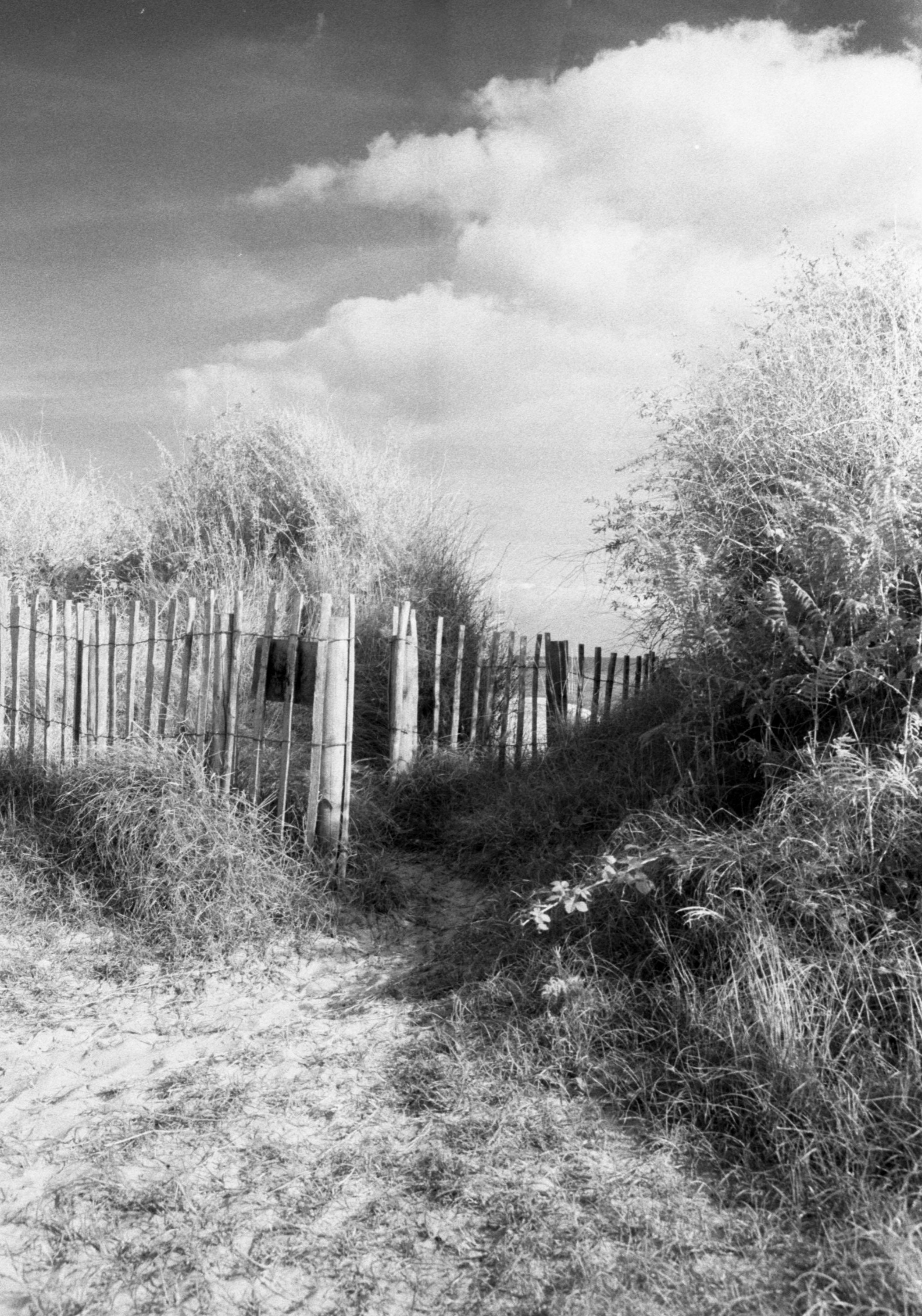 To get the best out of this film I would recommend the following two points:

There are various kinds of infrared wavelength filters on the market which will give different results to your end image.My advice is to do some research to see which suits you best as a photographer and correlates with your style and ambitions for the shoot.

As for the exposure, don't forget to allow so many stops on your shutter speed because of the infrared filter.

I had a great day - walking through thick mud, being hit by reeds, almost slipping over more than once or twice. I love this aspect of the shoot, it’s like being a kid again - exploring and connecting. I guess this is one of the things I love about working with mother nature.

This particular location is a favourite hang out for me and my family, we like to take long walks with the dog’s along the reed beds and it’s just a short hop from the sea. It also has a disused windmill which over the past few years has become a bit of a challenge and nemeses! I have photographed it many times and have never really been happy with the results. It always looks like a sore thumb poking up in the landscape. But every time I see it I can visualise its potential; I know it will make a fantastic image, but I just need to get the right combination of light and that sometimes allusive je ne sais quoi

This time I had come armed with the SFX film.So I walked around the building and decided on the best angles for the light.

As you know, us analogue photographers don't have a screen to see our image, we see it in our mind first and then on the negative. That is one of the many reasons why I love working with film.

I found the perfect aspect. Unfortunately it required navigating some very tall reeds, a quick dip off the footpath and almost a splash in the river. It was a slow tiring process!

The whole day was about being patient, having fun and enjoying being outside, while not thinking about the snack that I should have brought with me! 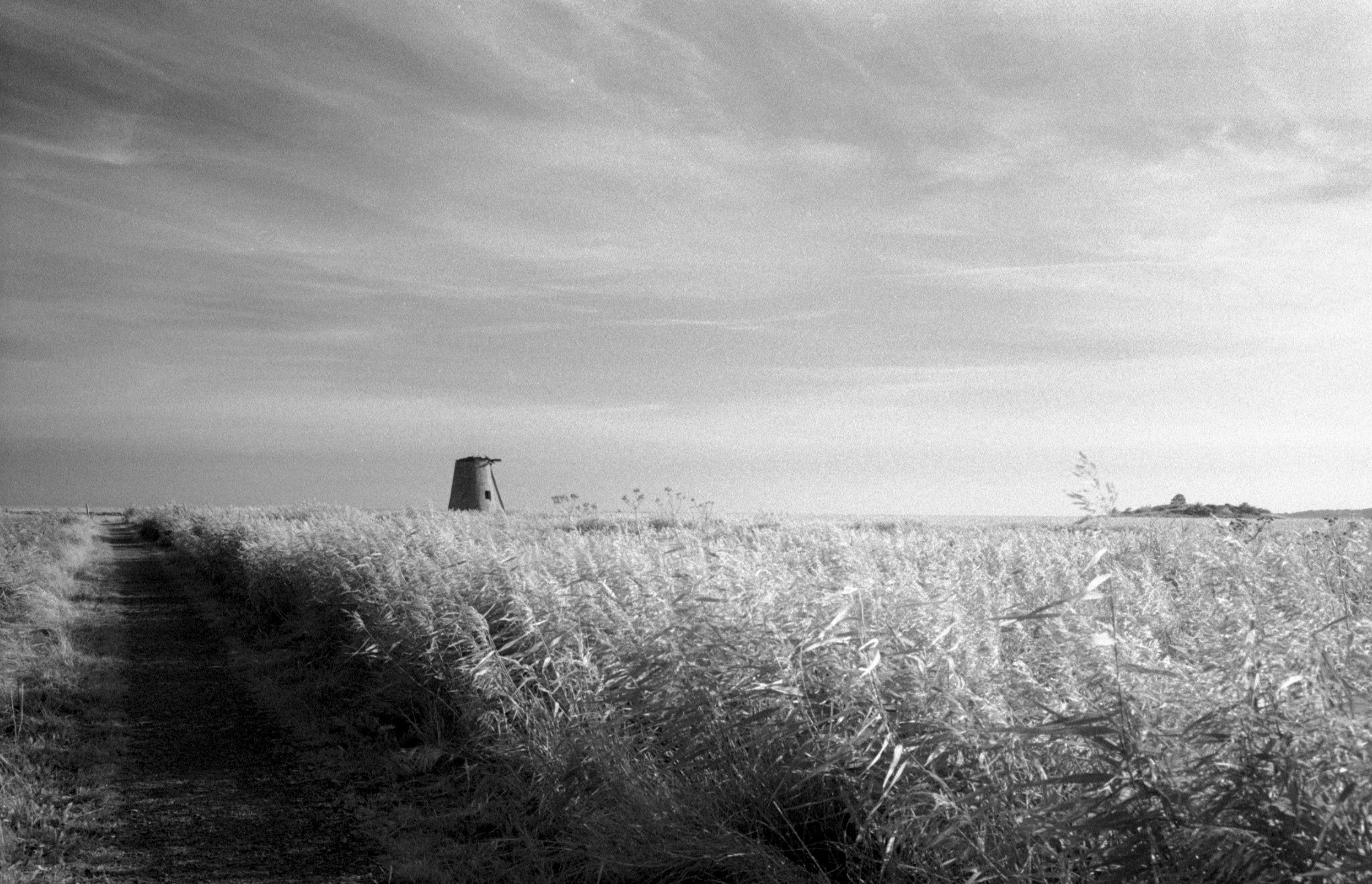 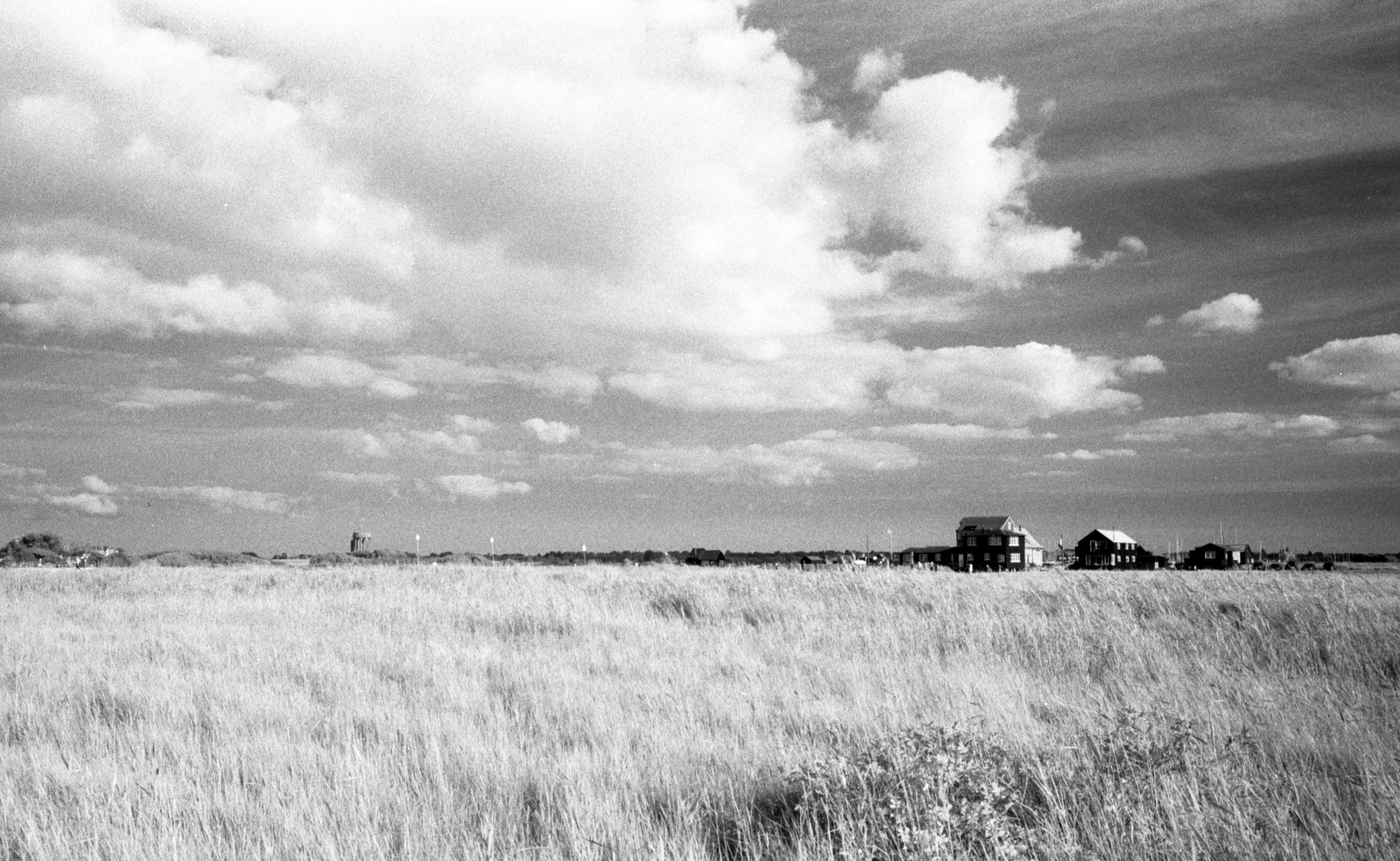 The following day it was time to develop the SFX200 film and see if the visions in my mind were going to translate to the film.

The shot I was most keen to see was that of my nemesis - the disused windmill!

As ever, I felt the that thrill of magic - seeing the negatives for the first time, I will never get tired of this special connection you get with film, and this film felt doubly special thanks to its infrared properties!

But, did the disused windmill image work? 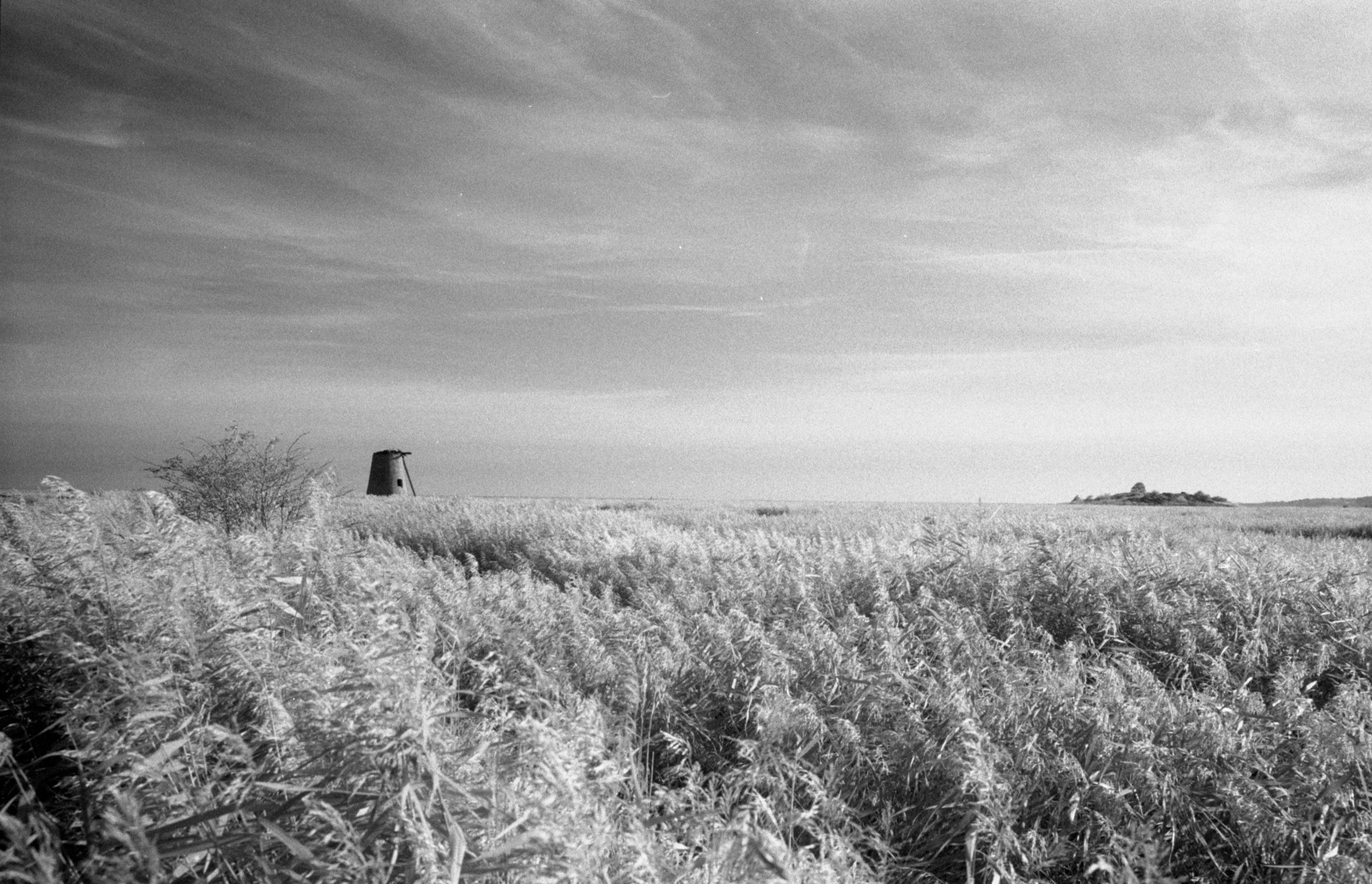 Yes it did, it’s almost there, it’s the closest I’ve got so far to the image that I’m after.

You should try it

So, let’s talk about the results from the SFX200 film.

With the right exposure and filter this film creates graphite like images that I have never seen in a film before.

It really has a charm of its own.

Should you try it…

Yes you should, I love this film; it’s going be regular in my collection - but I might take one less film and a snack with me next time.

I am a Suffolk based photographer gaining inspiration from the glorious East Anglian countryside.

I am best known for my capturing of wide open skies and the diversity of landscapes that I capture in my photos. Each of my images is evocative and creates mood through the tone and style.

I have been working in various photographic media, establishing a name for myself through my infrared and film work, I have only recently delved into digital colour work, utilising all of the techniques I have learnt so far to breathe innovation into my work.

I love that I am always learning, expanding and pushing the boundaries of my chosen art form and I am excited to see where it takes me next.