One of the aspects that took me perhaps the longest to understand about black and white film photography - but, which turned out to have the most impact on my visual style – is that exposure is simply not real in any meaningful way. “Correct” exposure is incredibly subjective, especially true for high contrast lighting conditions where either the shadows or highlights can be exposed for in order to achieve a dramatic scene.

I think there is a greater expectation for colour film to be a representation of reality (unless it’s a special effect film), but black and white photography offers something more separate and distinct from reality. Removing colour means that everything becomes open to interpretation by the photographer, whether that means exaggerating shadows/highlights, or working towards something a little less aesthetic centred; I have been exploiting this potential to think a lot less about my exposures and spend a lot more time concentrating on the characters, moments, and stories I am showing in my images.

It took me a while to break free of the mind-set of technical perfection, which I think a digital workflow (and to an extent the entire digital photography industry) tends to feed. I realised that in any of my images, film or digital, what you see is my photograph – nothing more, nothing less.

DELTA 400 exposed for the shadows

When you see my photographs presented on a screen or in print you don’t see histograms, exif data, or anything that tells you much about the way that image was made. Just the image itself: That moment, that character, that scene which I noticed and translated into an image. I’m not photographing with the intention of eliciting the most detail in a negative, or the least grain – rather to elicit emotion from my audience.

No amount of “exposing correctly” will offer me that emotion if that is all I have done for the image.

Delta 3200 @8000.  This shot was pushed, and the detail in the subjects is superb. The highlights are technically blown out, but in my opinion it doesn’t affect the image negatively at all.

Part of my experience moving to a film workflow was watching my attention shift from precise composition to capturing moments of emotional energy, subjects that resonate or mirror myself. Using manual cameras (mostly rangefinders) I wanted to figure out the best way to work quickly without constantly checking my meter, so that my full attention could be on my surroundings.

I started with a somewhat restricted mind-set from my digital workflow. Correct exposure feels like a concept introduced to make up for shortcomings in sensor capabilities – similarly things like ETTR and HDR feel at home in a digital workflow.

Film works differently, and this is what led me to my approach. I take advantage of the extreme latitude offered in capacity to overexpose film and still retain highlight detail. This means that when I set out on a day with mixed conditions I meter just once for the shadows and then expose everything the same, knowing that my subject is more likely to be in the shadows than not. If the highlights blow out then they blow out – I don’t do anything to “recover” them as some might with digital. I accept it as a part of an image and move on.

Similarly when exposing for the highlights, usually in the case of wanting a silhouette, I allow the shadows to crush.  Without this I wouldn’t have the image I wanted! Recovery of the shadows would defeat the purpose.

This has had a few effects on my results. My images are now filled with interesting characters, movement, activity, and unique stories – less silhouettes, ambiguity; definitely a step away from New Wave Street Photography.

In Street and Photojournalism especially it opens up the option for working in low and diffused light, relying less on dynamic shadows and harsh light. You actually have to look for things that are inherently interesting, rather than relying on interesting lights.

Pan F 50, exposed for the Firefighters

My favourite conditions are now often overcast days, where I can set my exposure once then focus on everything except my camera. Really nail those character moments with almost a studio approach,the clouds acting as the most wonderful soft-box I’ve ever used.

There are several films that really make the balance of this approach negligible, offering excellent detail in the shadow and retention of the highlights leaving the option for stronger light evening out for what I need. My favourite film for general use at the moment is Delta 400, but HP5+ really exceeds it’s reputation when exposing for the shadows and retaining highlights that would definitely be lost to any film with a lower dynamic range. 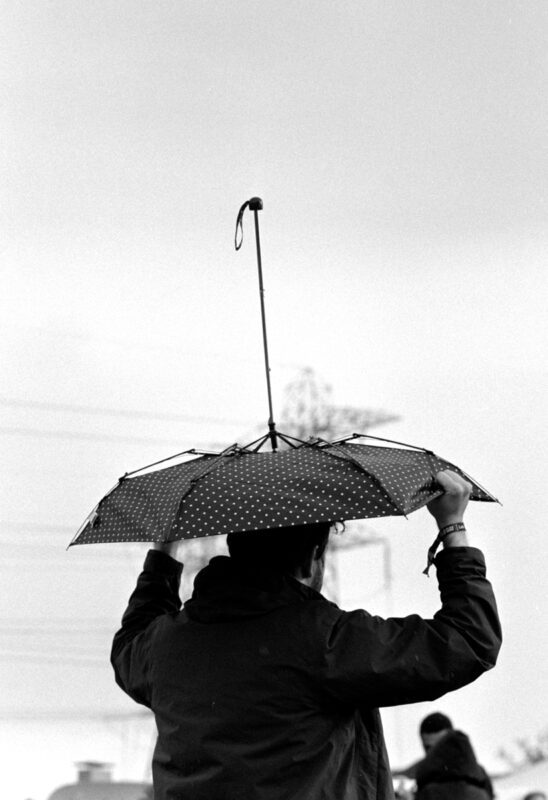 HP5+, shot on an overcast day, the exposure for the sky is essentially the same as my subject – perfect conditions! 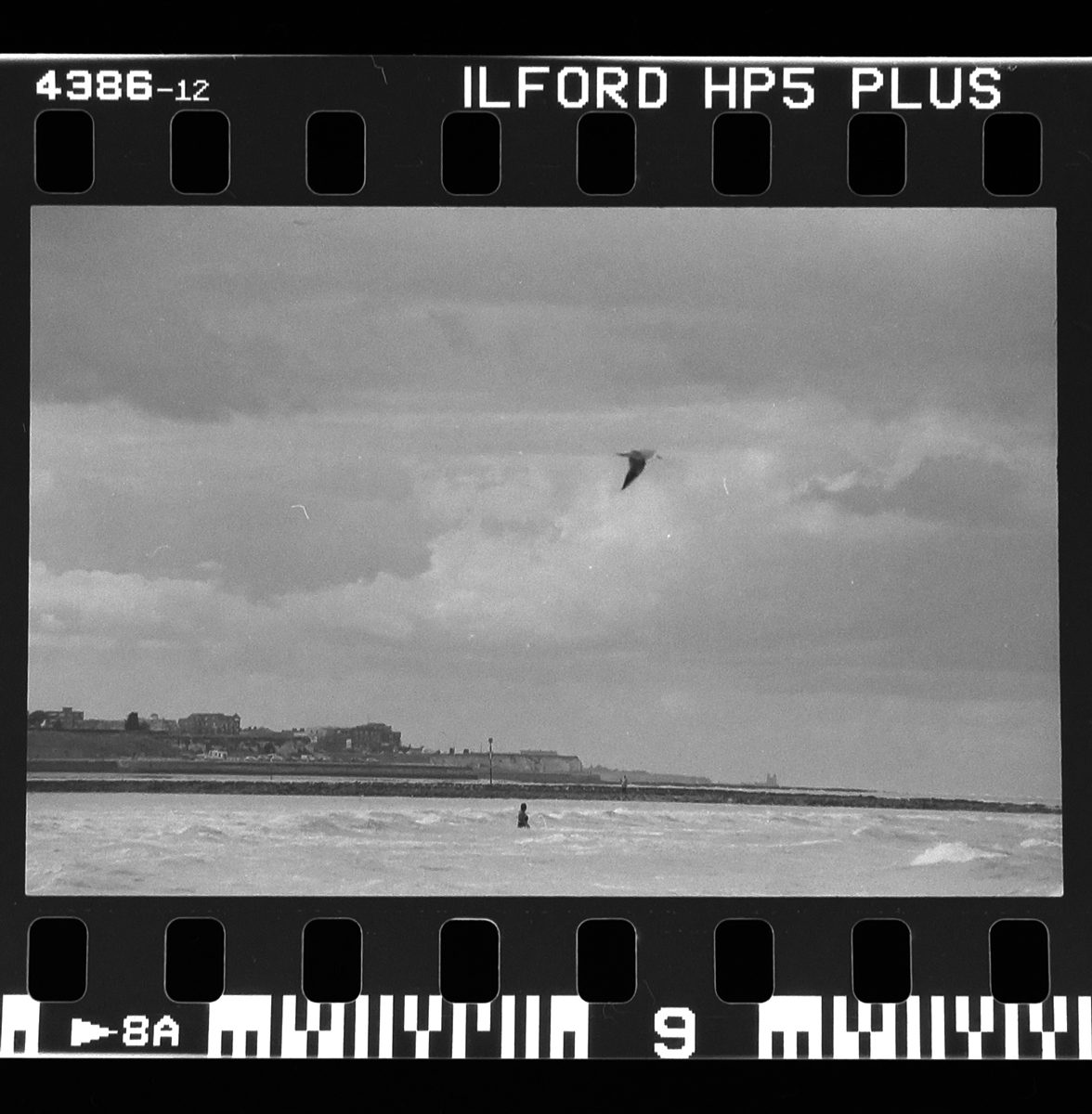 HP5+, exposed for the subject in the water – retained sky detail perfectly

However even with lower budget options you can produce some amazing results. Kentmere 400 has been a fantastic everyday film for me, and I’ve treated it no differently to my HP5+. (Although I tend to keep the option of pushing HP5+, and haven’t yet felt the need to with Kentmere).

Even in scenes with a strong backlight the film renders shadow detail wonderfully, and the greyer tone leads to a more classic feel than HP5+.

Exposed for the column of light, the other elements of the scene don't need to be brought out or suppressed; they simply exist as context to that light. Kentmere 400

Once I point it out it’s hard to miss that I’m really not bothered by technical perfection. Instead I’m doing whatever it takes to convey the true emotion of what’s happening in front of me.

I’ve been really happy with this ability to shape my approach to my film choices. And, to have them offer such consistent results when abused. Some of these images have areas that are  5/6 stops over/under, but it doesn’t take away from the overall feeling. In fact, most of the time it contributes to it.

By exposing for the action, and not worrying about any other aspect of my frame, I’ve streamlined my approach to Street and Documentary photography. And, have definitely produced some of my favourite images since doing so. I encourage everyone to try and stretch the potential of their film to their limit. You may be surprised what possibilities it offers! 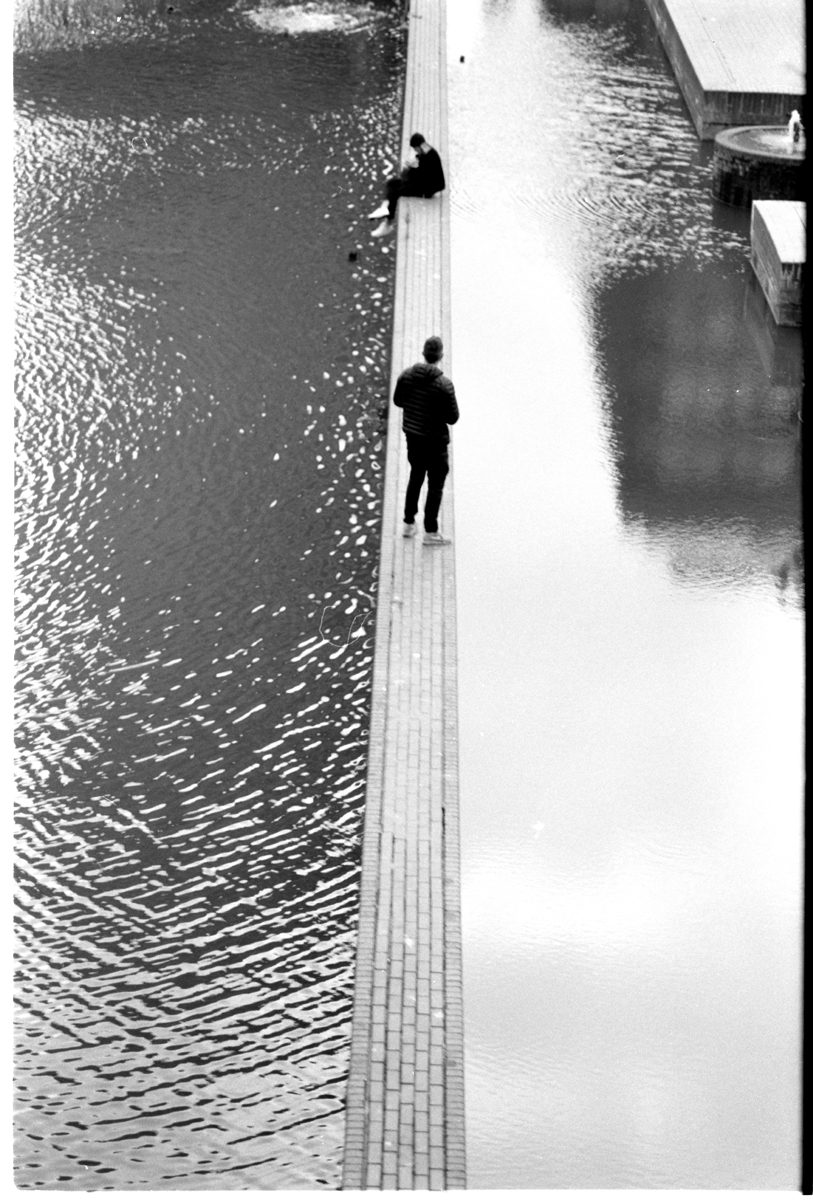 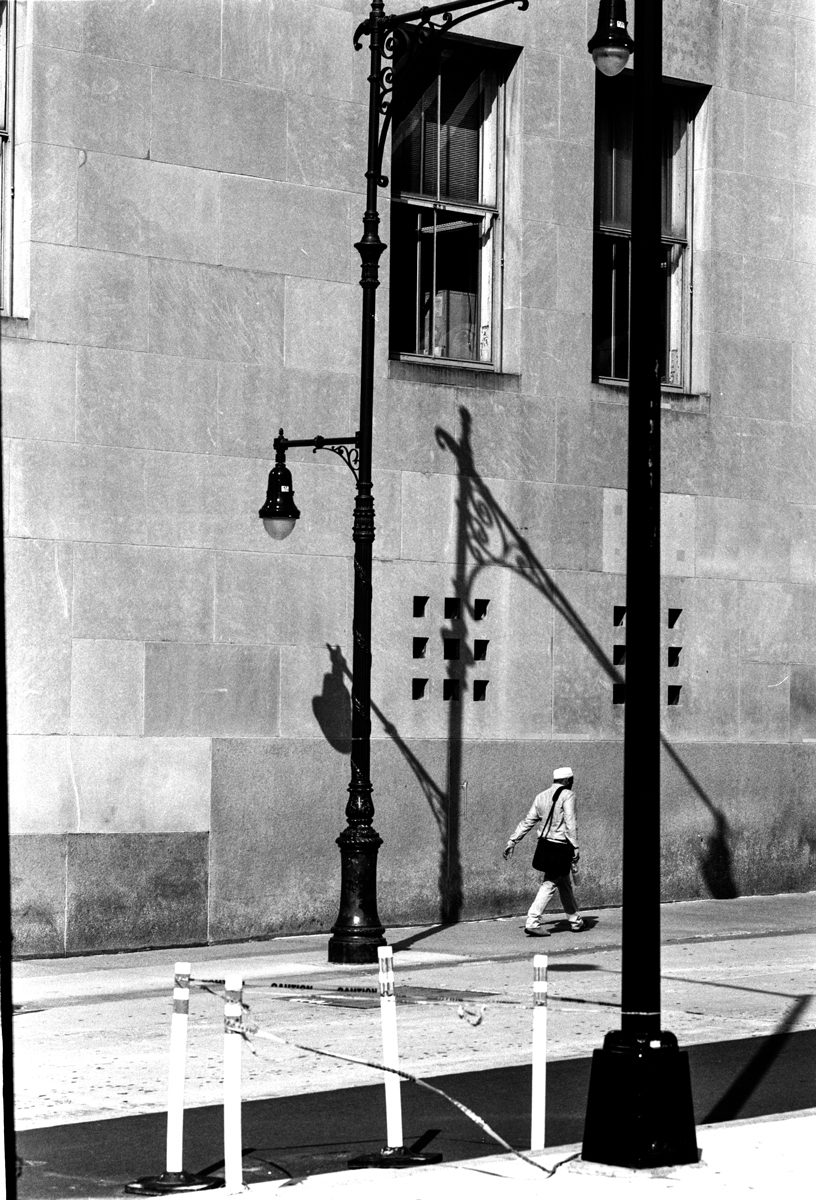