The future of photography

The year 2020, it sounds very futuristic to me. So, what does that future look like for photographers?

Well, no doubt technology will be getting more advanced than ever and we will see huge leaps in digital development this coming decade as the megapixel war continues.

There will likely be be new initiatives and more collaborations with smartphone companies. Will the digital SLR camera start to disappear? Will mirrorless take over? Or will there be a new hybrid on the market?

What new features will suppliers be putting into their digital cameras to entice people to by the new model? (Features that may very well be obsolete or superseded the next calendar year).

As the old saying goes, time will tell, and if there is one thing that time has shown me it is that analogue photography has stood the test.

So why, with so many digital products and innovation on the market do I choose to use a medium that is well over 100 years old and pretty much unchanged since its early development?

When I could simply shoot files to my heart’s content and then plug my digital camera into my computer and download the images, adjust them on some software and print them, why do I choose to live in the technological past?

Here’s a quick look at my rational.

My process starts not with the camera but with the film and with so much choice on the market, and the recent resurgence in film photography, it doesn’t feel like I’m making a choice that is going to limit me. Actually, the opposite is true and I shall come on to that later .

Each film gives an individual look to your work. The impact that your film choice has on your images is huge and there are so many different elements to each film that will help to give a distinct look to your art.

Everything from very fine grain to lots of grain. Soft hews to dynamic colours.

Maybe you want to try something a little wild with infrared or redscale or Lomo Purple?

Do you push your chosen film one stop, two stops or even more? Do you pull the film one or two stops?

Do you use in date film or do you try expired?

Before I have even thought about taking a picture I spend time deciding what I want from my film.

It’s no different to an artist that paints choosing which brushes to use; holding each one in their hand, feeling the weight and observing the texture the bristles creates. Selecting their colour pallet, do they go for bold tones or muted washes of colour? Laying the paint on thick or delicately picking out detail?

For me, choosing a film is the same tactile and rich experience and it is one of the things that connects me to my images.

I’d never get that from a computer screen. 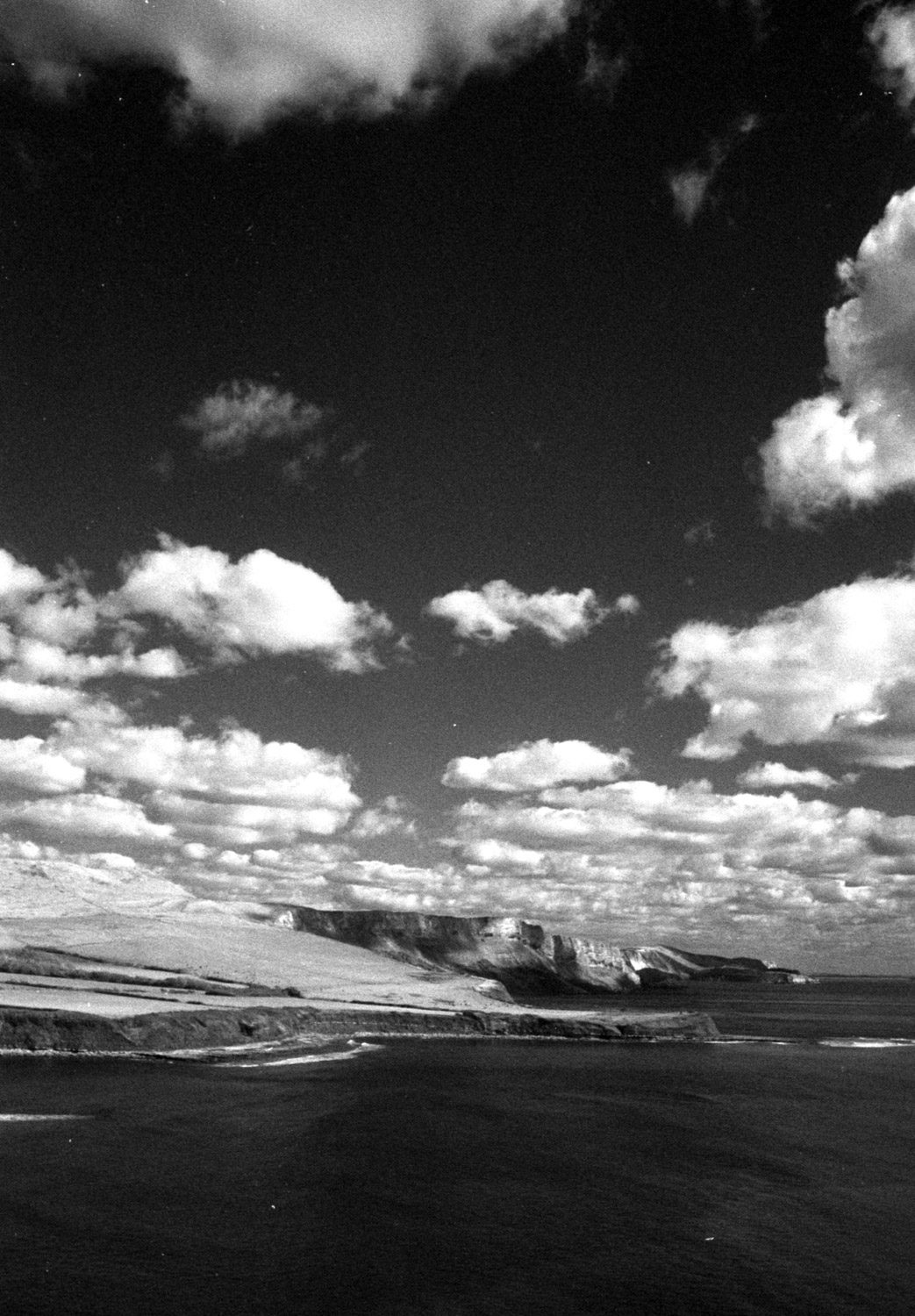 You can get into film photography for very little money, which is great if you want to try out the medium. You can spend as little as £5.00 to get started or thousands if you get the bug and want to invest in it. There really is something to fit all budgets on the secondhand market.

Then there is the choice of cameras.

There are so many amazing film cameras out there to try and play around with. You have point and shoots, SLR, rangefinders, folding cameras, miniature cameras, TLR, panoramic, instant cameras, stereo cameras.

Then you have format sizes 110, 35mm, 120, large format. Wow! To have such a variety of options available for working with film in 2020 is just truly amazing.

One of the greatest advantages of most film cameras is that they are mechanical so they can be repaired and restored. In a word that is moving towards being more environmentally conscious being able to preserve and enhance something rather than throw it away for something new is another big bonus for me.

There’s recently been an increase in film camera repair shops, which allows old cameras to keep going on for many more years.

One point to make, is that we do need big companies to take a step forward and see the rising interest in film photography and start making film cameras again as part of their line up. I’d love to see some brand new film cameras being produced - taking the best tried and tested design aspects and putting them into one stylish analogue camera. 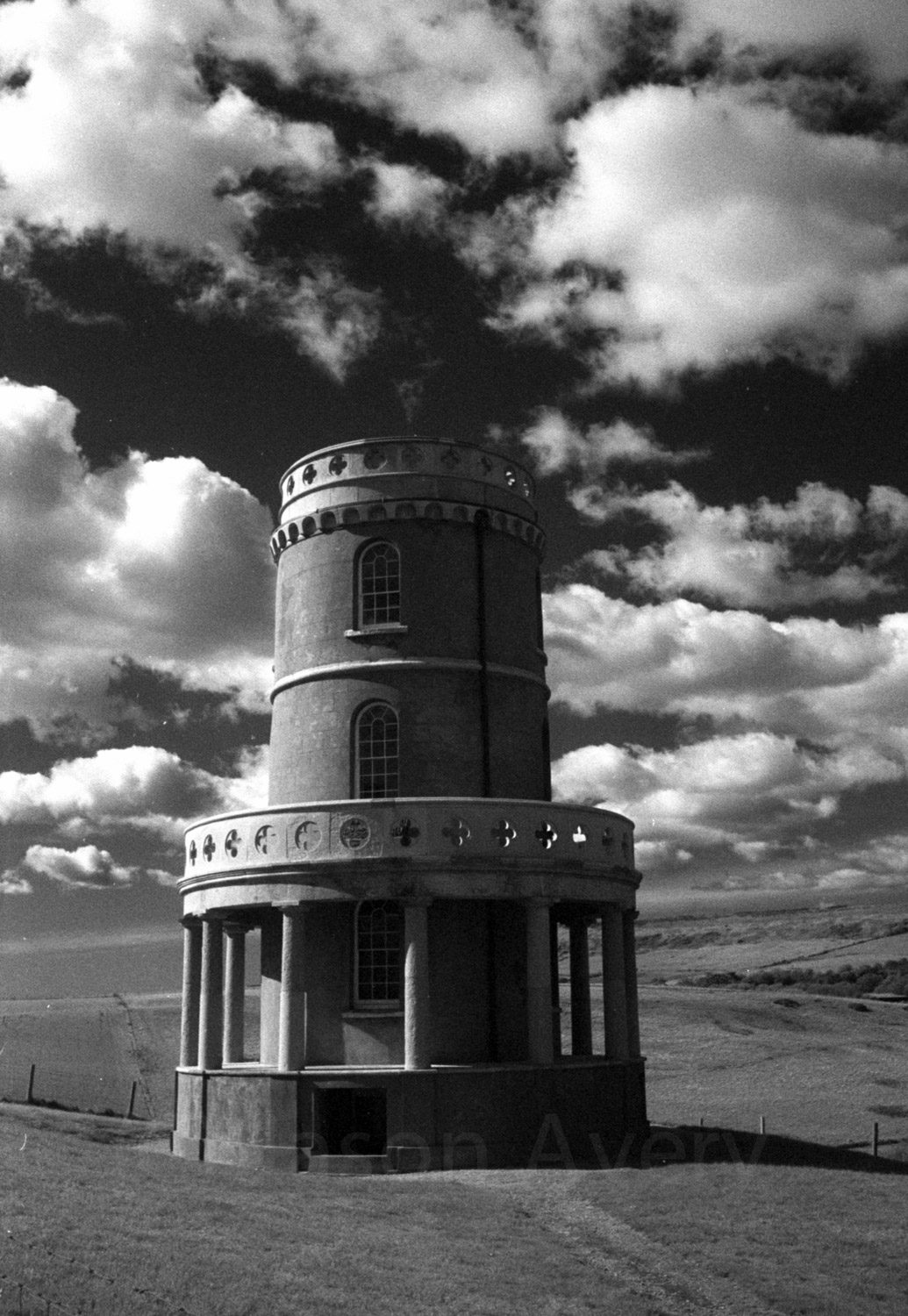 Today’s digital cameras have big screens to view the image on or to bombard you with information about the picture. You can check your exposure, histogram, composition and even adjust the settings through the screen.

When working with film you do not have that luxury and for me this is an advantage:

Each shot I take is done deliberately.

I make sure I have checked and double-checked my settings on my camera. I am actively mindful of how my camera is set up and what I am going to get out of it when I take my shot.

As there can only be 36 exposures on a roll of 35mm or even a single shot on a large format camera I don’t spend time taking images of any old thing. I take my time and wait for the right moment. I capture one image and I feel connected with my work. I like to call it Zen Photo, because for me the process is calming, tranquil, and connecting.

Not having a screen means that you see more. It means that I am free to see how the shot might look once developed. I’m conscious of the image that I’m taking and the how best to capture the result that I want. (Some of this is also to do with the development process. This is where I do all my work, not in photoshop or lightroom.)

One of the side effects that I have found from my Zen Photo technique is that I’ve slowed down my photography process, which in turn has led to a deeper understanding of film and camera choice, of the processes and skills involved. 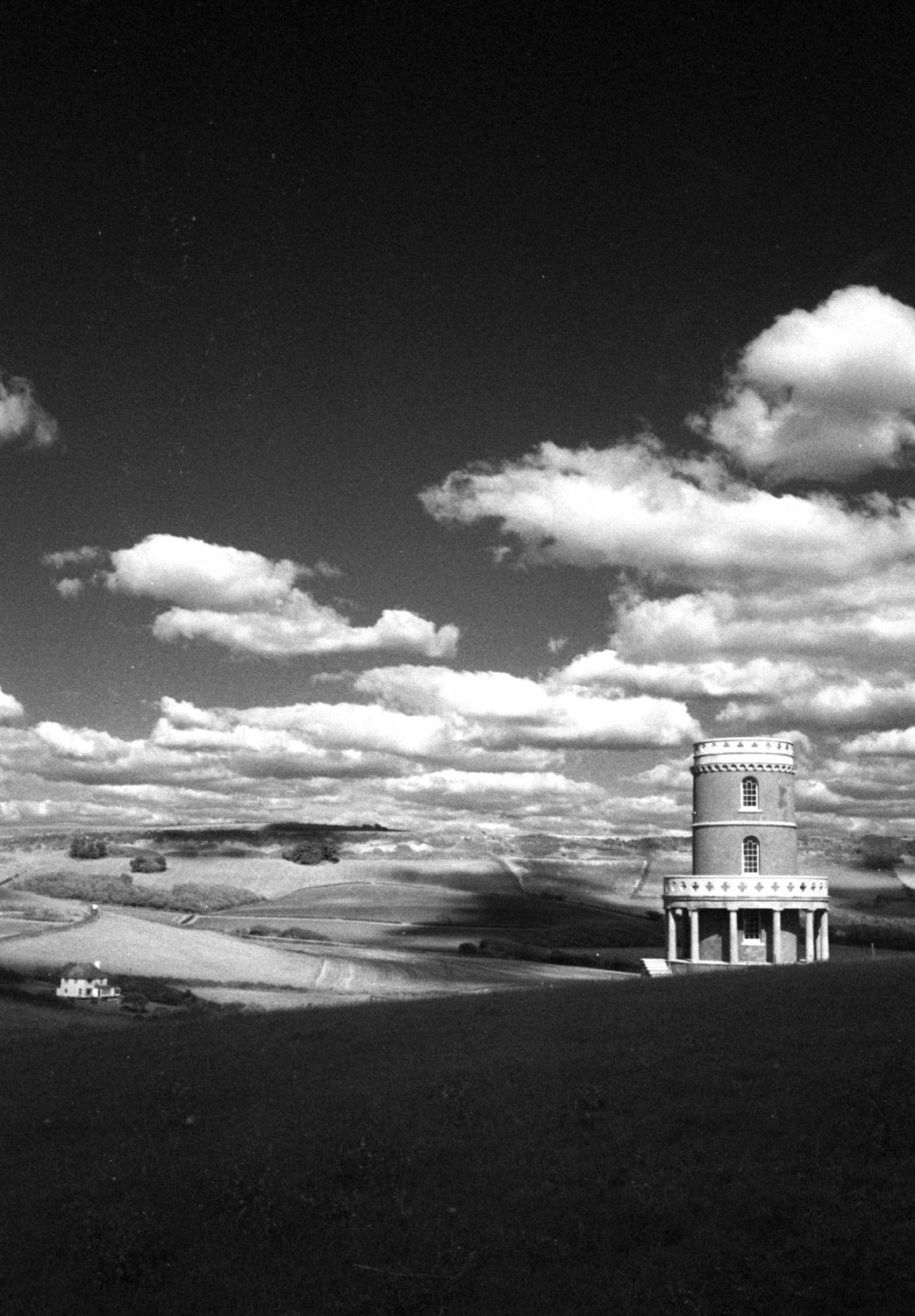 There are two options here with film.

One is to send your films off to a lab to have them developed for you. There are plenty of labs around the world offering this option. And, let’s be honest, it's an exciting moment when they arrive in the post or you collect them.

The second option is you develop it yourself.

This is my preferred option. I’m involved with the image again. I’m in control of the process and the process feels like alchemy.

I make sure the film is loaded properly for developing, then I measure the correct amount of chemicals. I set the timer and watch it tick past so that I don't overdevelop the film.

Then the best part comes. Taking the film out of the tank and looking at those raw images.

It truly is a magical experience that never fails to amazes me.

This is my favourite part of the creative process - it gives me the greatest satisfaction to see my film come to life.

This is the final connection to your creative vision, the darkroom. This is again a truly magical space.

I built mine a few years ago in a small cupboard space.

I had no experience of the darkroom, in fact never stepped into one. So this has and will be a very big set of learning skills to add to my photography.

Seeing a print come out of a printer is exciting because your image is real. However, I have to say it is not as amazing as a darkroom print coming to life in the developing tray.

I know i keep saying this but, again its that connection with your vision Setting up the chemicals

Loading the negative into the enlarger Doing test prints

Doing a first print, seeing the blank paper one minute and the next the image starts to appear. Now that is magical

Checking the print for areas that need dodging and burning. Then if you have that right, you make that final print

Once that print is hanging to dry, you feel a connection to the print that a inkjet printer does not have.

You have made the print with your hands, its organic, no two prints will be the same, it's a process that is timeless. 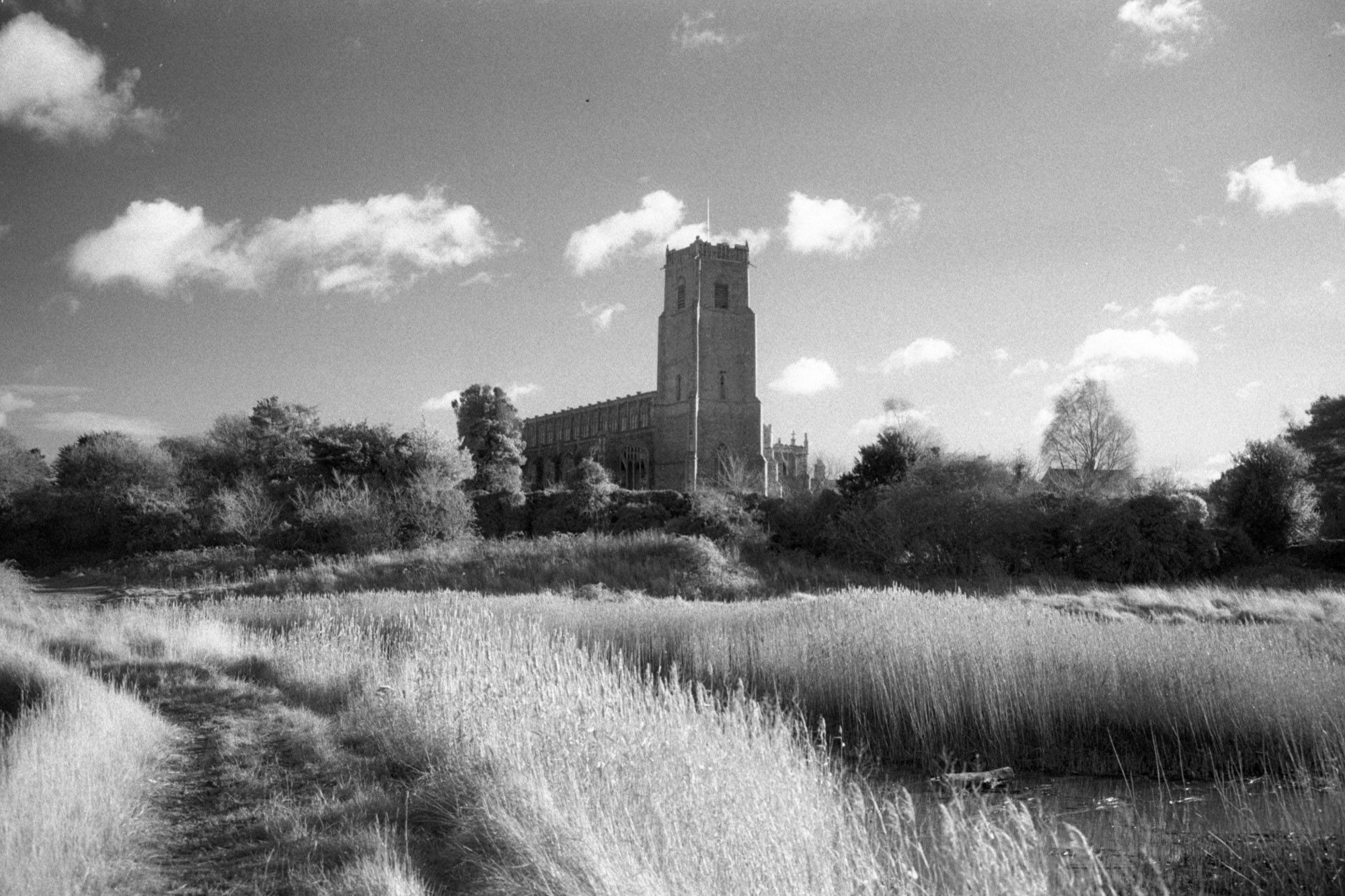 The answer is quite simple really - connection, creativity, experience, I feel a deep sense of connection to my photography that digital has never been able to give me. Through my choice of films and the results they offer I can tailor my creativity.

Film cameras make me work hard and that makes me a better photographer. Then there’s the mechanical nature that I enjoy, no battery, no electrics, just a shutter speed, aperture, manual focus.

Developing my own film and holding it to the light and just seeing my visions come to life is a key aspect of why I love film.

The control and involvement I get from film photography add to the enjoyment. Choosing the film, loading it in the camera, developing the negatives, then the last stage of the process, the darkroom all make for an enriching creative experience.

This is why film photography blows me away.

Having that connection with your image is second to none and that is why I chose film photography in the year 2020.

Being based in East Anglia, it is easy to understand how the glorious landscape can inspire me. I am known for capturing the wide-open skies and diversity in the world around me.

Each of my images is evocative and creates mood through tones and contrast.

Working with film in a digital world gives me a sense of pleasure and the craftsmanship that is required to produce the images challenges me and enhances my craft.

Film photography is a timeless process. I will always be learning, expanding, and pushing the boundaries of my chosen art form.

I’m excited to see where this journey takes me.

The sun is shining and then it's snowing! A typical start to Spring here in the UK.  For today's #ilfordphoto...
Read More

What I gained from photographing in a hospital.

After a 25 year hiatus of shooting stills, I returned to pushing on with my personal photography in 2016 and m...
Read More