I fell into dance photography quite by accident. I was a member of a meetup group of photographers in Boston, and one of the people I met at their events invited some of us to shoot in his studio with Viktory, a traveling ballet model. I was shooting landscapes almost exclusively at that time, and I had hardly ever shot with a model before. Luckily for me, Viktory is very experienced and was able to work with our varying skill levels. Little did I know at the time that I would still be shooting with her six years later! 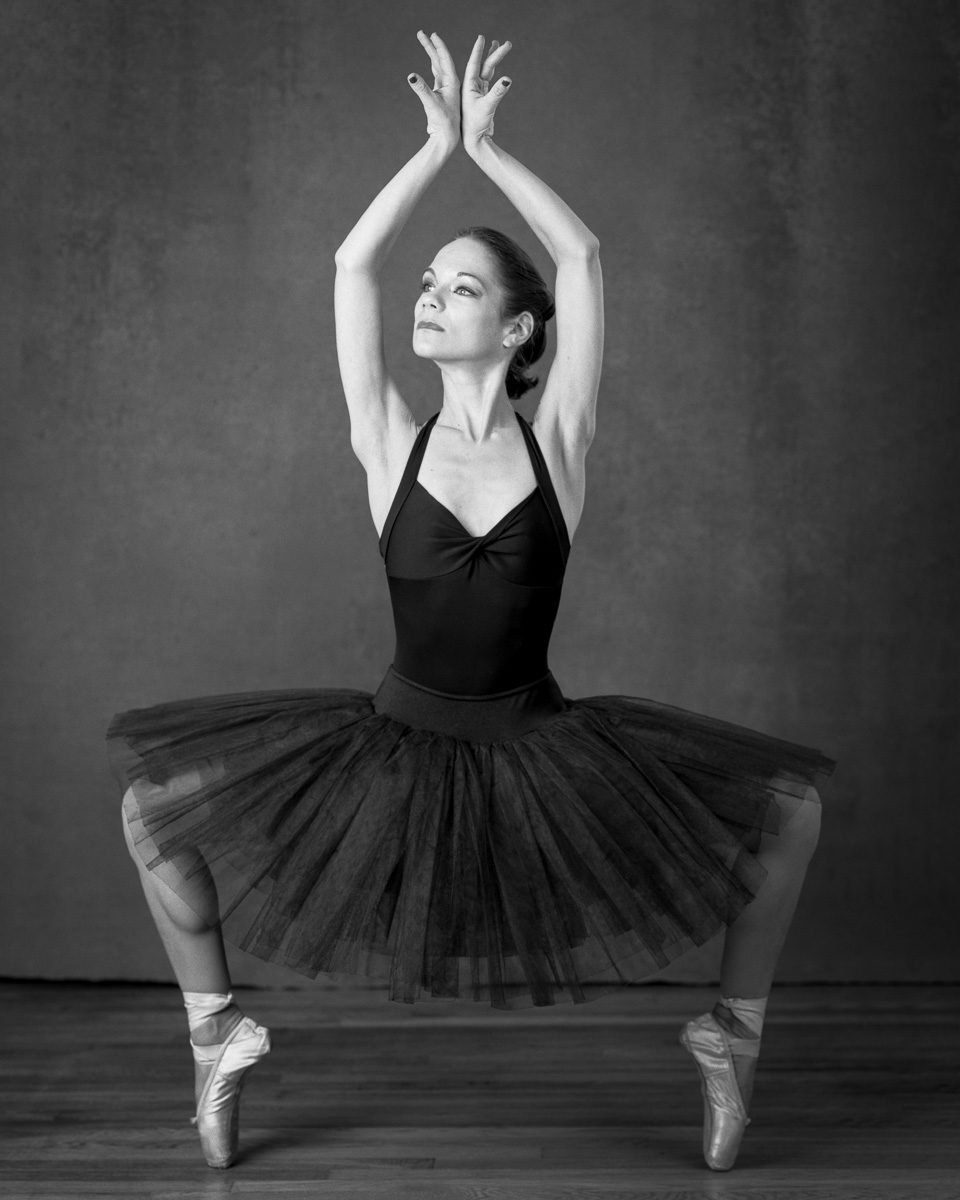 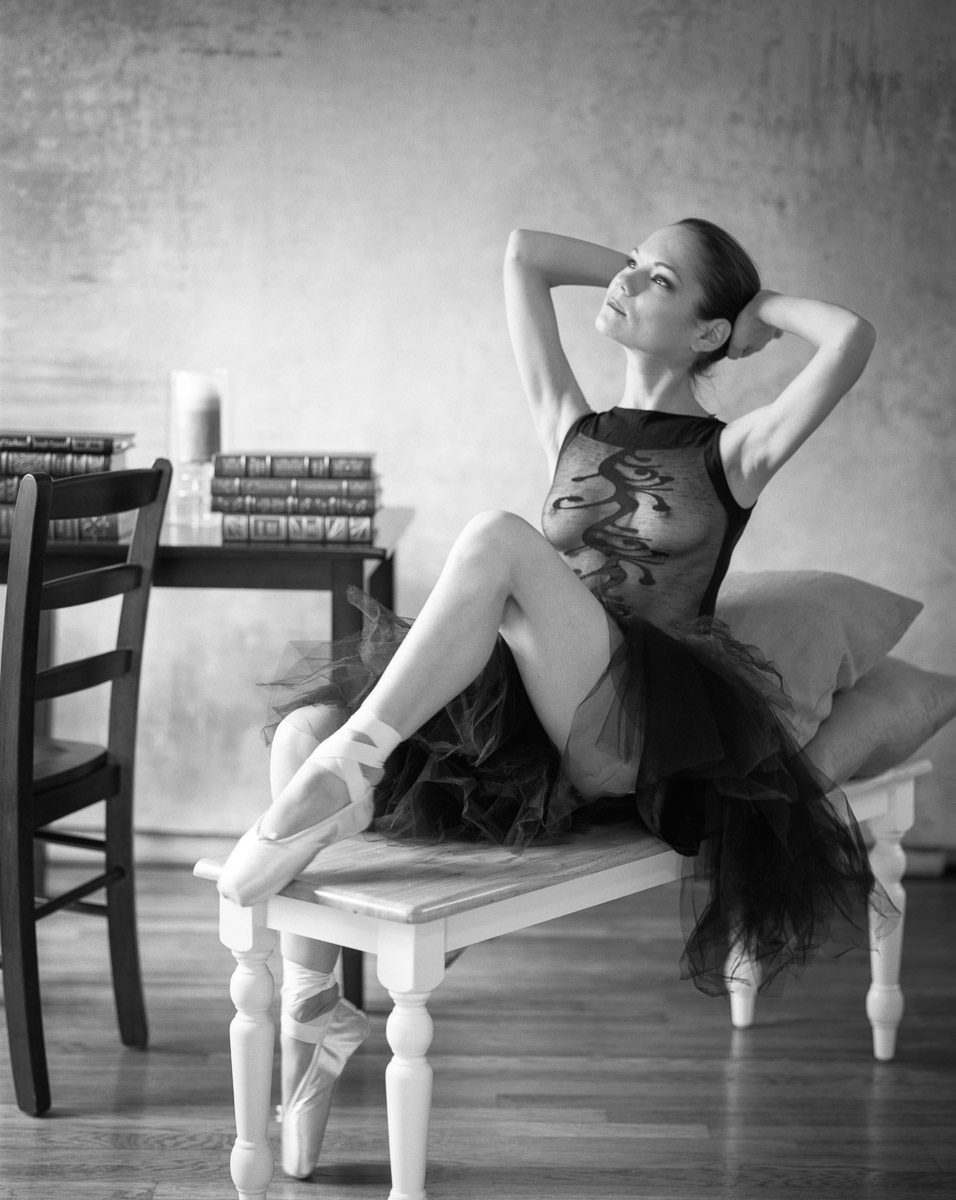 Today, most of my dance and portraiture photography is captured in my home studio in Waltham, Massachsetts. I am attracted to formal studio portraiture by the past masters—photographers like Irving Penn, Richard Avedon, and Yousuf Karsh. While I am not attempting to emulate these artists necessarily, their influence has kept me in the studio for the most part, at least when I am shooting dance and portraiture. I have a minimal setup with some Godox strobes and a few hand-painted backgrounds from Gravity Backdrops. The images included in this article were captured on a mixture of large and medium format cameras—some with strobes and some with window light. 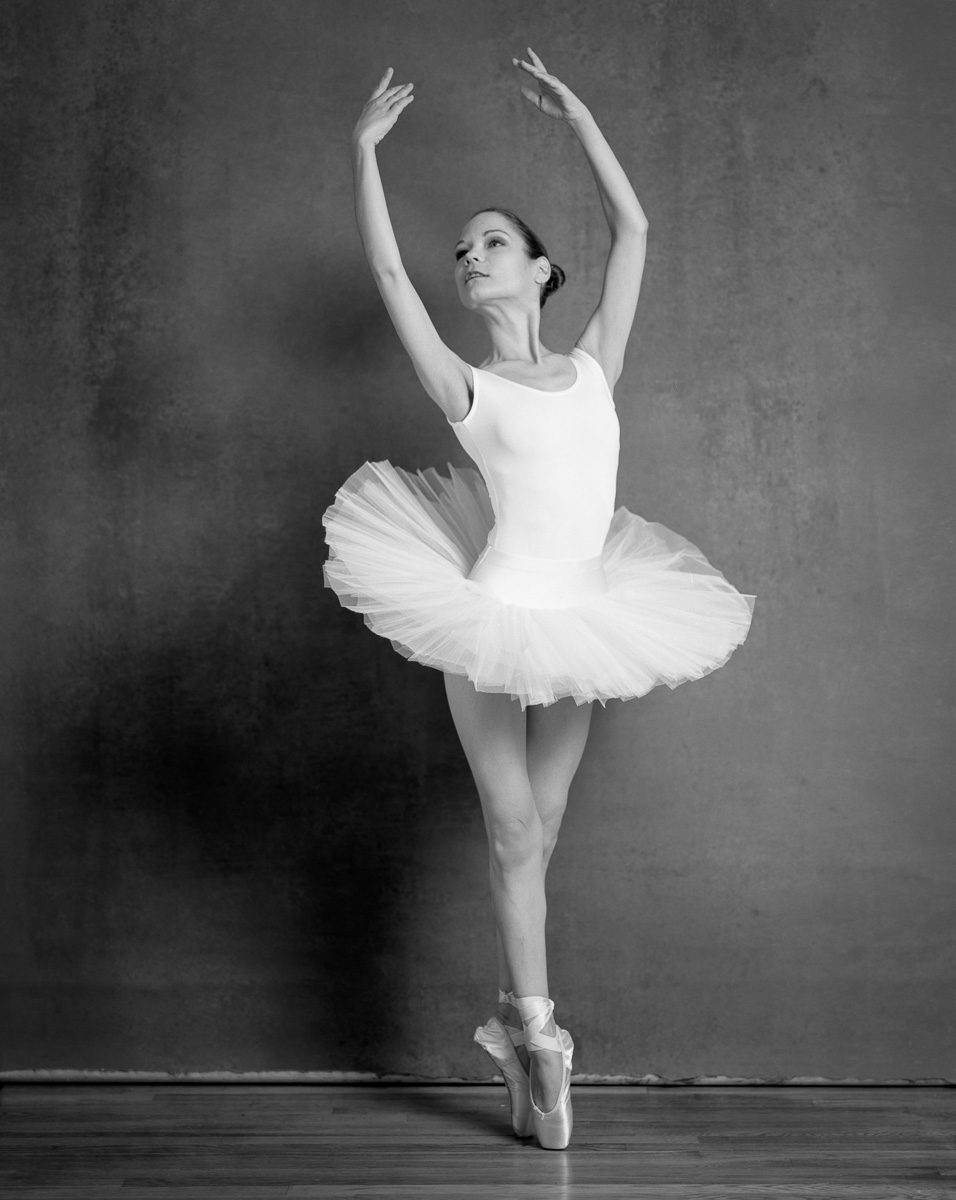 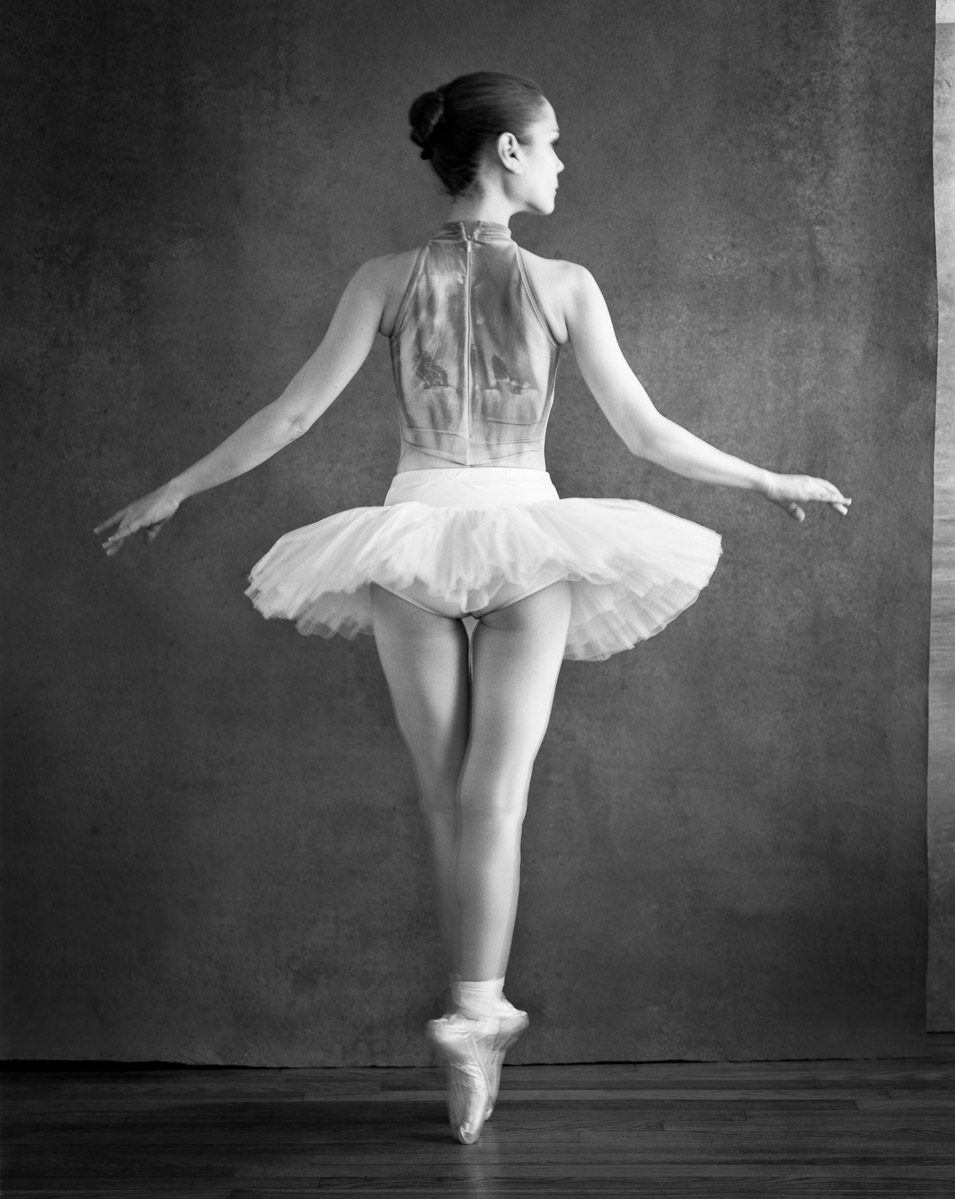 Another transition between my first shoot with Viktory and the present is that I’m shooting a great deal on film again. I tend to use ILFORD FP4 Plus on large and medium format cameras, but occasionally I will pick up a 35mm camera too. I picked up a Mamiya RZ67 about six months ago, and I find the 6x7 format ideal for photographing dancers. The medium format film provides incredible detail, but it is so much less cumbersome than shooting with a large format camera. However, I keep working with the large format camera in the studio because the results are so stunning when everything falls into place. 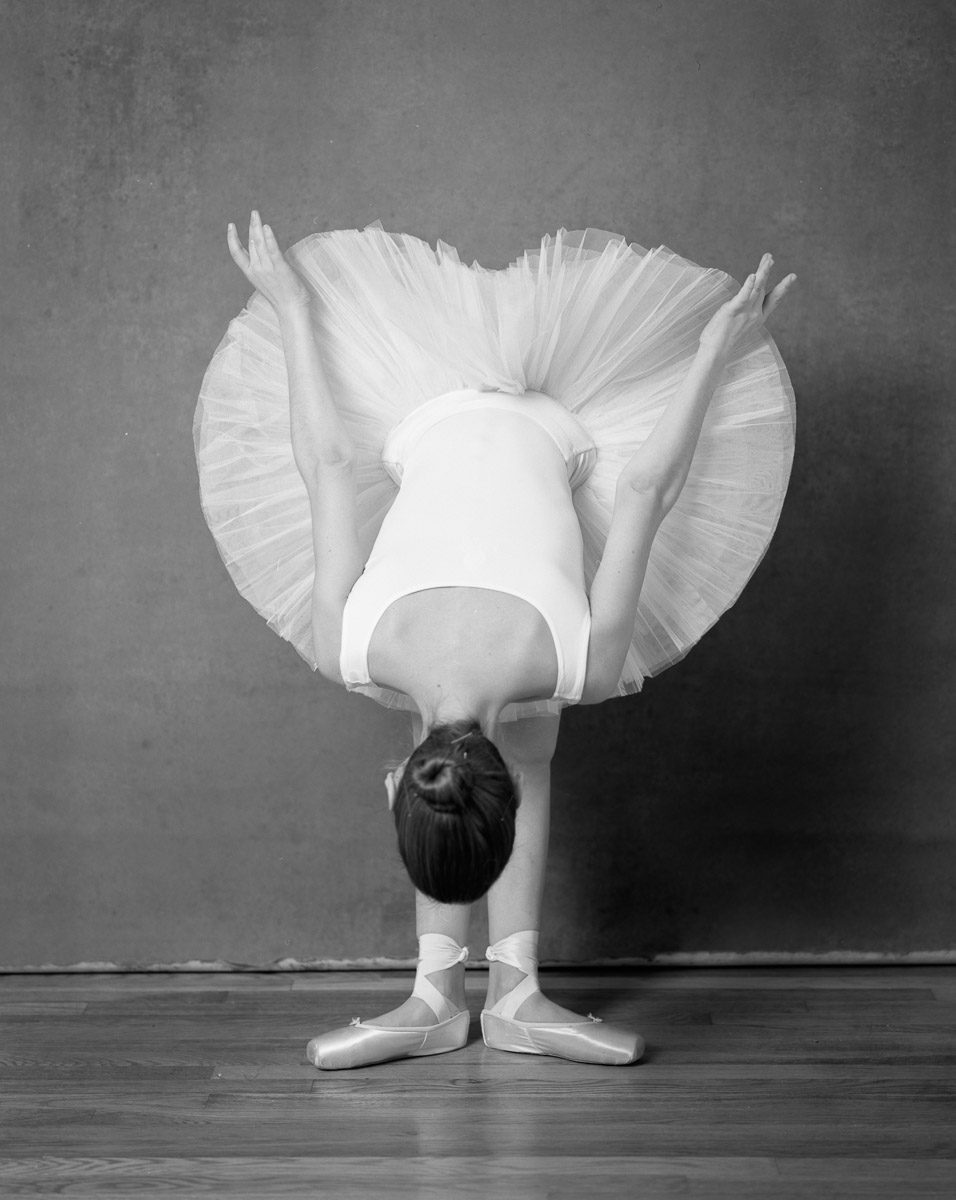 When I am not shooting in the studio, I enjoy visiting waterfalls, lighthouses, and various other areas around the New England coast. There are many places I would like to shoot around the world, including the West Coast of the United States, the Seven Sisters in Australia, the islands of Scotland, and the Jurassic Coast in England. The nice thing about this area of the United States is that you can see all kinds of landscapes within a reasonably short distance, so I hope my experience here will stand me in good stead if I have the opportunity to visit these places. You can see some of my landscapes on my website, simongoodacre.com. 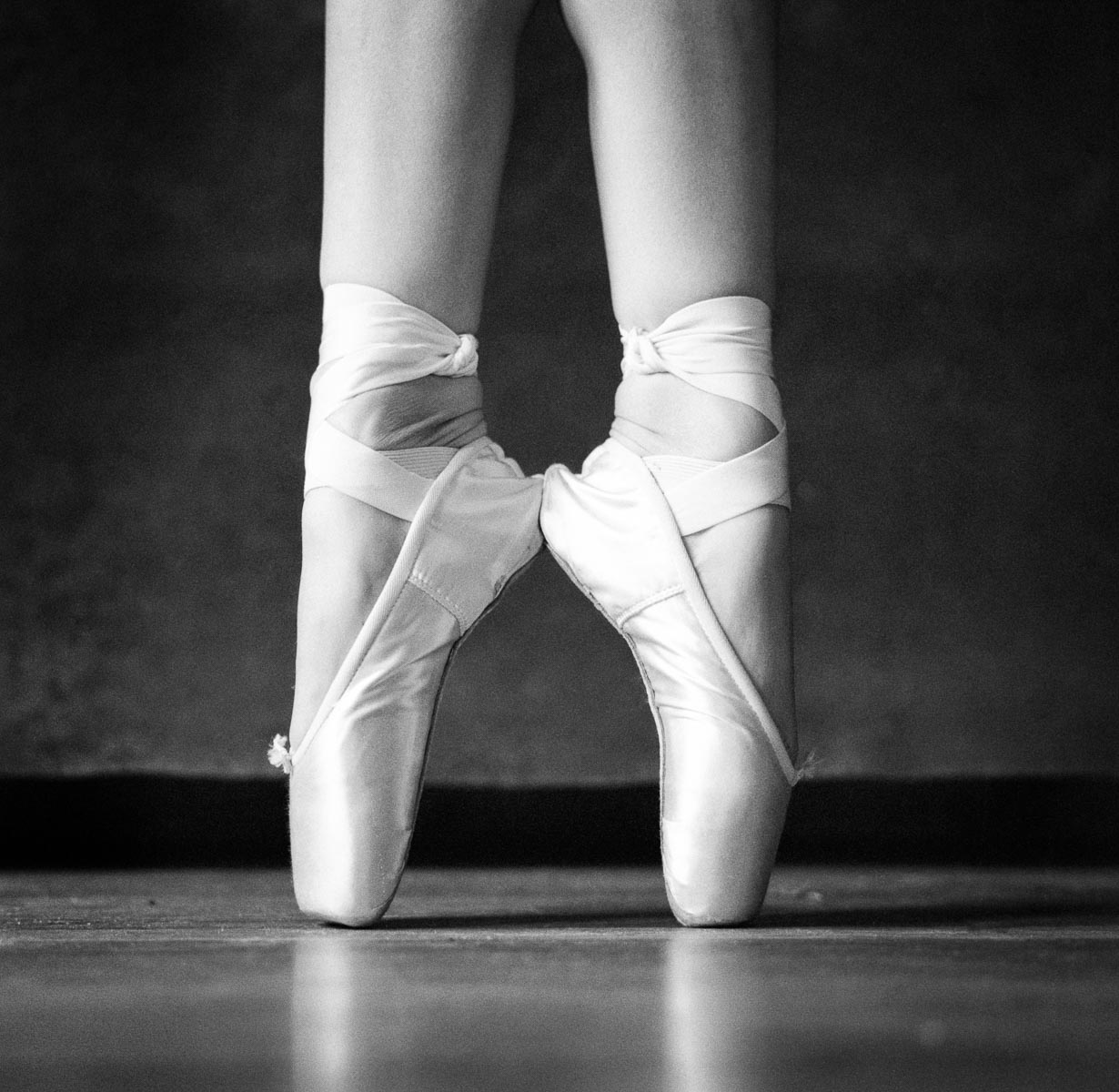 I learned to shoot on film with a 35mm Vivitar camera as a student. I must confess that after I transitioned to some digital photography classes I moved away from film for several years because I just thought of it as a less convenient option for capturing images. I rediscovered the medium about five years ago when I acquired an old Hasselblad 500CM. I enjoyed the purity of using a camera that captures beautiful images with no electronic aids, and slowly I began to realize that I really appreciated the organic quality of film that is so easy to observe yet so difficult to describe. After a while, I even came to enjoy the process of developing in my kitchen sink, although my girlfriend may have some misgivings about that!

Having experimented with several different films and processing chemicals, I have mostly settled on Ilford FP4 Plus and ILFOTEC DD-X. I do most of my post-processing on the computer, and I find that combination yields negatives that scan well and offer a wide latitude in editing while maintaining that critical organic characteristic.

Since purchasing the Hasselblad, I have not been able to stop myself from collecting old film cameras. In addition to the Hasselblad and the Mamiya, I have been shooting with a Leica M3, a Shen Hao 4x5, and a Rolleiflex Automat—so I guess I have become “addicted to silver,” as one of my photographer friends likes to say! 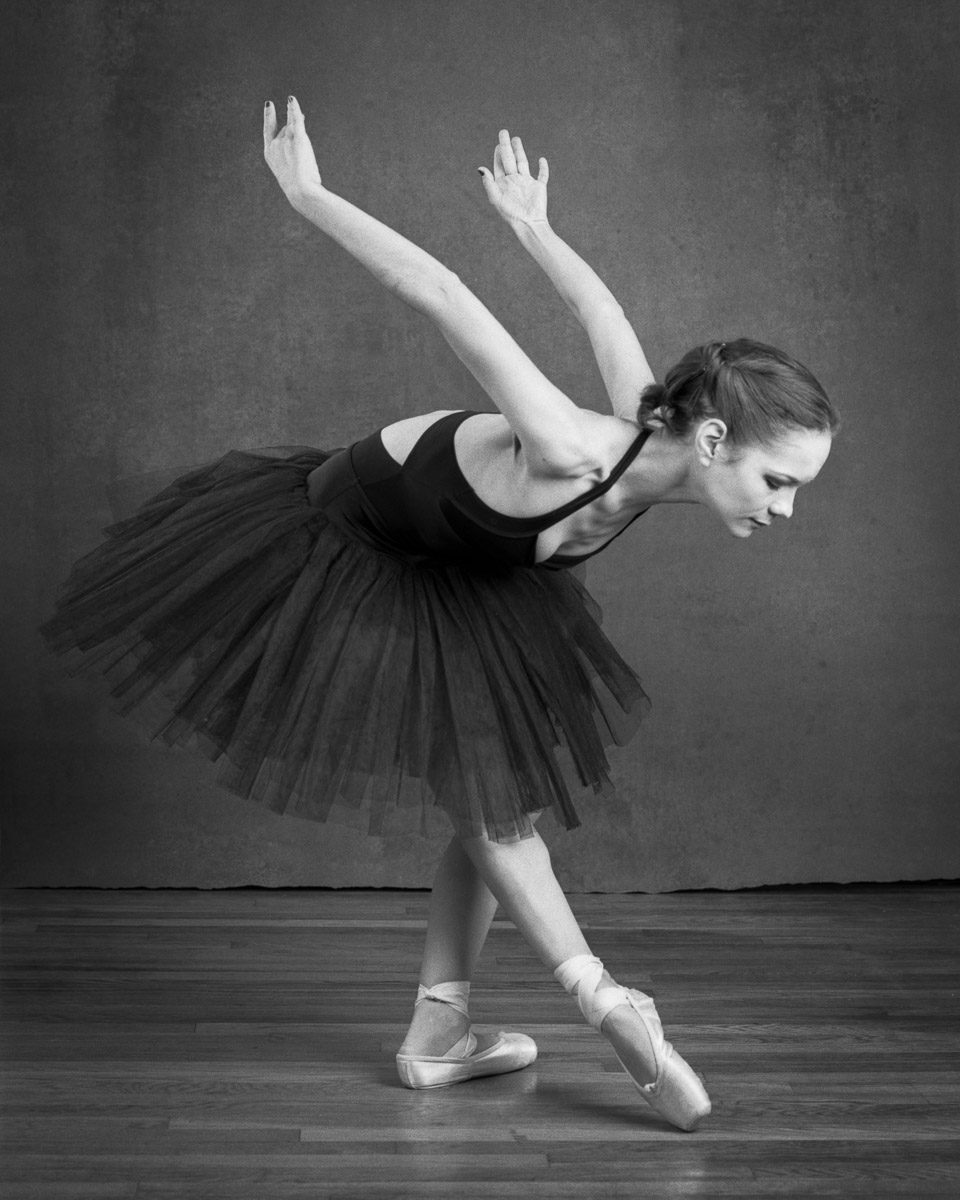 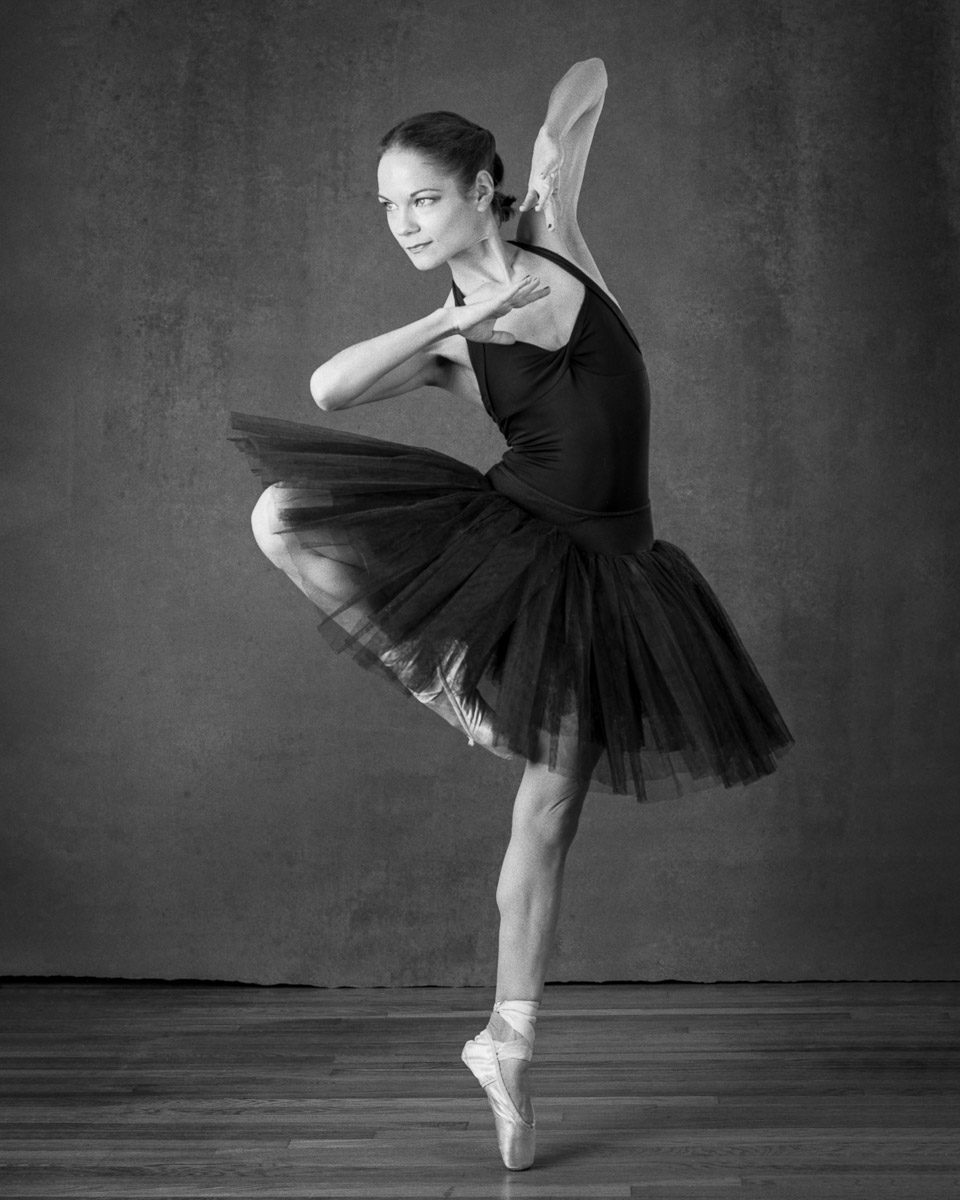 Simon Goodacre is an Anglo-American photographer. Born in Epsom in 1986, Simon’s family relocated to Chapel Hill, North Carolina in 2000. He became interested in photography as a member of various photography clubs at school and studied photography and film at Clark University in Worcester, Massachusetts. He currently resides in Waltham, Massachusetts. You can get in touch with him via email (simon@simongoodacre.com) and find more of his work online: