We hope that you are enjoying learning more about some of the film shooters that we have working here at HARMAN. This week's interviewee (our 5th) is our MarComms Manager Matt Parry. We think he has a bit of GAS (gear acquisition syndrome) what do you think?

Who are you? What is your job title at HARMAN technology and how long have you worked here?

My name is Matt Parry and I’ve been the Marketing Communications Manager at HARMAN technology since June 2016.

I lead a small team with a broad remit, so every day is different. We are responsible for all our content & video creation, packaging, branding, events & shows, digital marketing (websites & social channels), product promotions & launches, private label products and much more.

It is a very busy and challenging role with lots of projects to juggle but at the same time it can be a lot of fun. It is a privilege to work for a brand such as ILFORD. We take great pride in the products we make, our role in the film community as well as ensuring a sustainable future for film photography.

Share a favourite photo that you shot on ILFORD / Kentmere film and tell us why it is your favourite. 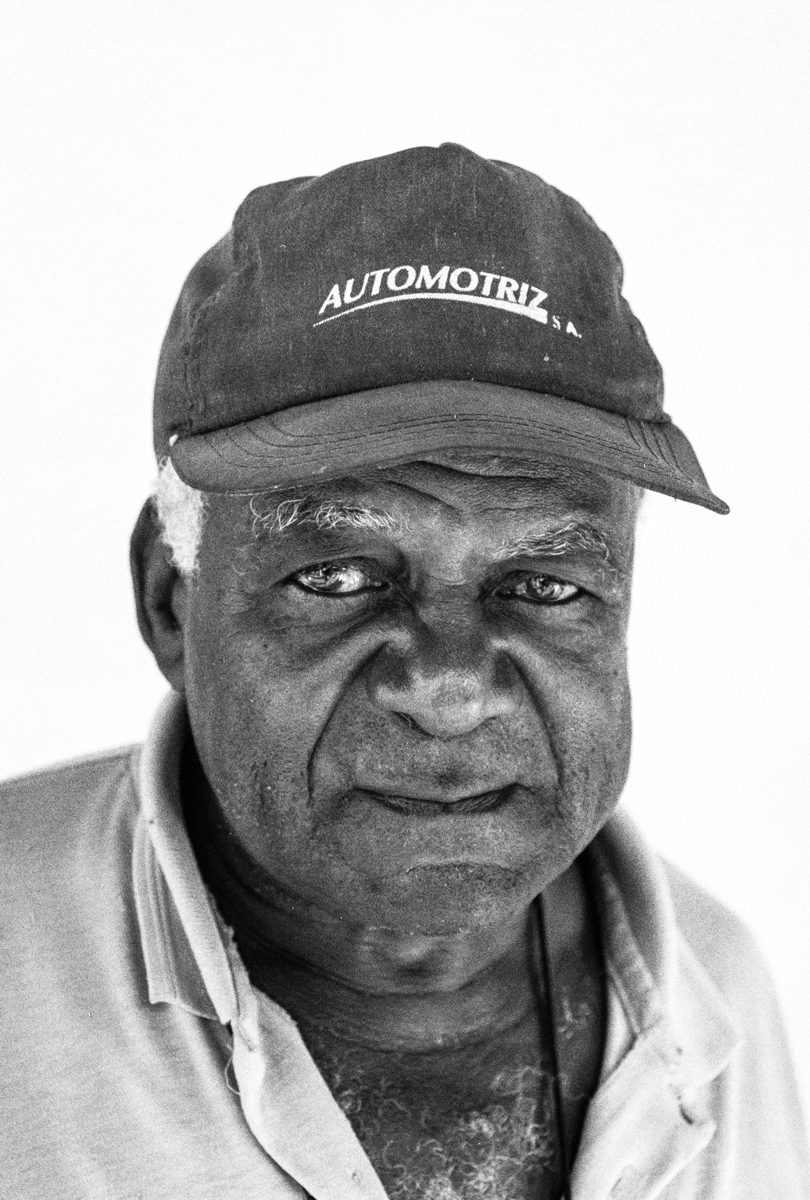 Not my best image but this was taken in Cuba back in 2003 on my first ever roll of ILFORD film (Delta 400). It was the first time I had shot any black & white film and for some reason I even kept the box it came in! 13 years later I started working for the company and have since shot hundreds of rolls of our film yet this, being from that first roll, is one I keep coming back to.

I shot film on my travels until 2005 by which time digital cameras had become established and affordable. However, back then my camera was just a way to take holiday snaps and it wasn’t until 2008, while backpacking around South America for 4 months, that I became more serious about the images I was capturing and my passion for photography really started.

When I came home from that trip, I invested what little money I had left into a cheap DSLR and started progressing from there getting my images published and winning some competitions along the way.

I started shooting film again in 2016 when I joined HARMAN and I now shoot both film and digital on my trips (I normally take 1 digital camera and 2-3 film cameras depending on the length of the trip).

Photography came about through my love of travel, mostly as a way to capture the people, places or cultures I was seeing. As my interest in photography grew the two hobbies became intrinsically linked to the point where I rarely do one without the other.

What I shoot largely depends on the location. I love photographing people, particularly in countries such as India which are so culturally different to the UK. Equally though, I enjoy exploring a new town or city with my camera or standing behind a tripod capturing cityscapes or landscapes as the light transitions from golden hour to blue hour.

Far too many! I’ve shot ‘a roll’ despite having no film loaded. I’ve opened the back of camera mid roll forgetting it was already loaded. I’ve loaded film incorrectly, so that it didn’t advance or got scratched. Unfortunately, I could go on and on! All painful experiences but (hopefully) ones I’ve learnt from!

I love trying different film stocks and seeing the characteristics of each, so I’ve probably shot around 25 different films over the last 2-3 years alone! The only ILFORD / Kentmere film I’ve yet to shoot is Delta 3200 – I plan on putting that right soon!

I primarily shoot black & white film (of course) but I have also shot plenty of colour negative film and even the odd roll of slide film. 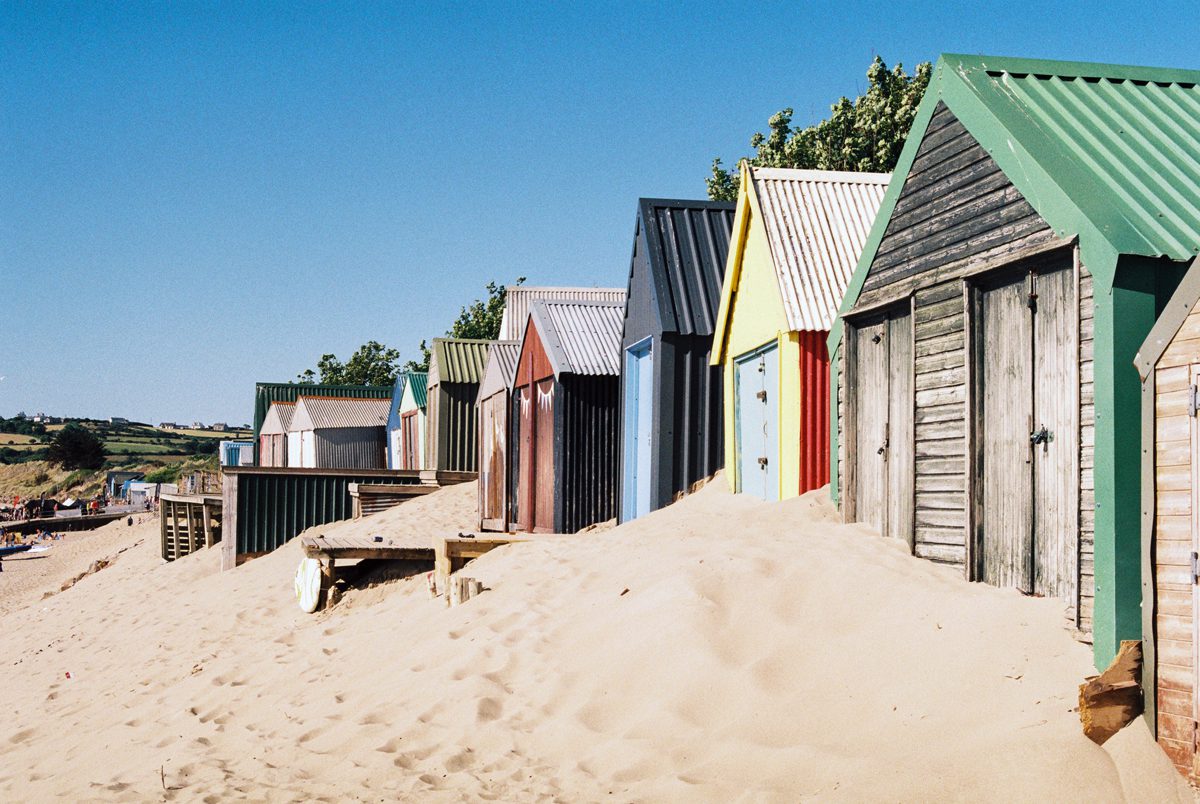 I shot a lot of AgfaVista 200 before it was discontinued but now my stash has all gone, I have been trying out a few other colour negative stocks such as Cinestill 50D, 800T, Kodak Gold 200, Portra 160, 400, 800, Lomo Metropolis, and Fuji Industrial 100 (shout out to Analogue Wonderland for having such a good selection). My current favourite for colour is probably Portra 800 (in 120)! 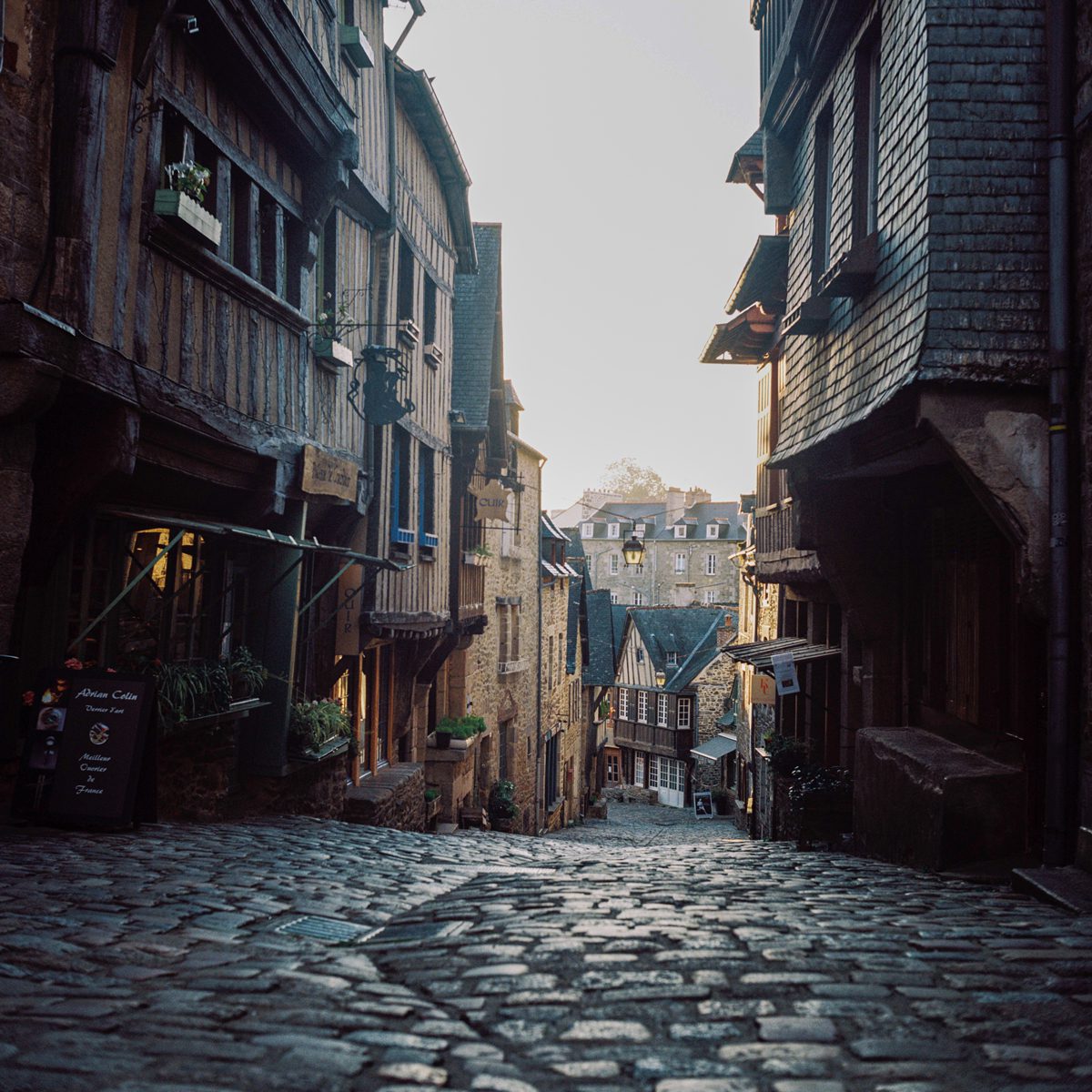 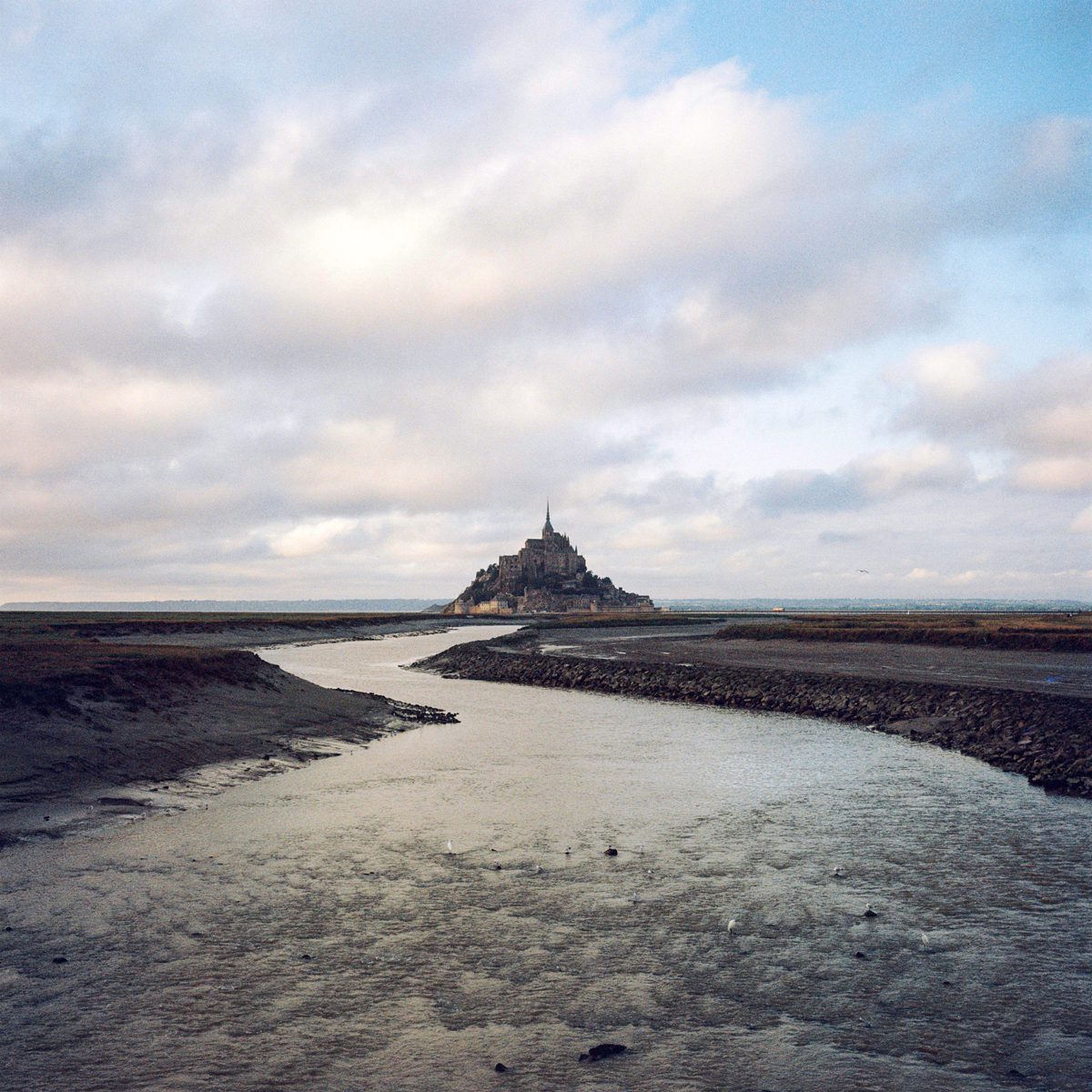 I’ve been using harmanlab.com for years (B&W and C41 dev and scans but also enlargement prints in both colour and black & white) and the team and service there is excellent. Not only are they lovely people but they take great pride in their work and really look after customers’ films as if they were their own.

I do process my own film occasionally too, either in DD-X or the Simplicity sachets we released in 2018. I think Simplicity is great for people learning and I’ve even had my then 10-year-old son develop his own film using them in a Lab-Box.

I’m a relatively recent convert to the darkroom and only started printing in January 2021. We are fortunate to have access to darkrooms at work, but lack of time has always prevented me from using them. 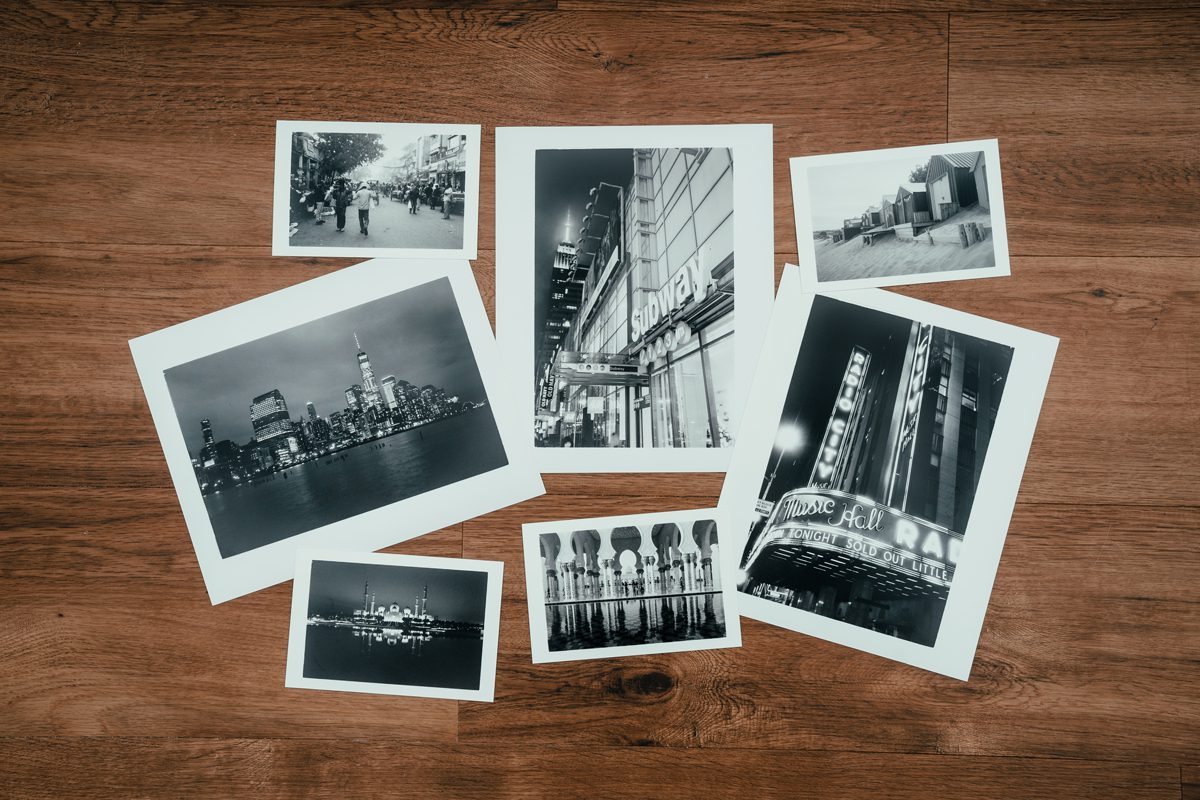 At the beginning of 2021 I was determined to start printing (perhaps through lack of shooting opportunities / travel due to the pandemic). I must admit I have been loving it so far and wish I started years ago! In addition to printing at work, I even set up a darkroom at home using a prototype of the new Intrepid Enlarger which they sent us for testing.

I’ve got so much more to learn but half the fun is experimenting and practicing! For anyone contemplating trying it, take it from me, it is very straight-forward to learn the basics and get some really nice prints (I just watched a couple of our YouTube videos) but be warned it is very addictive!

What film camera(s) do you own, and which is your favourite? (Please send us a picture of it if you can). 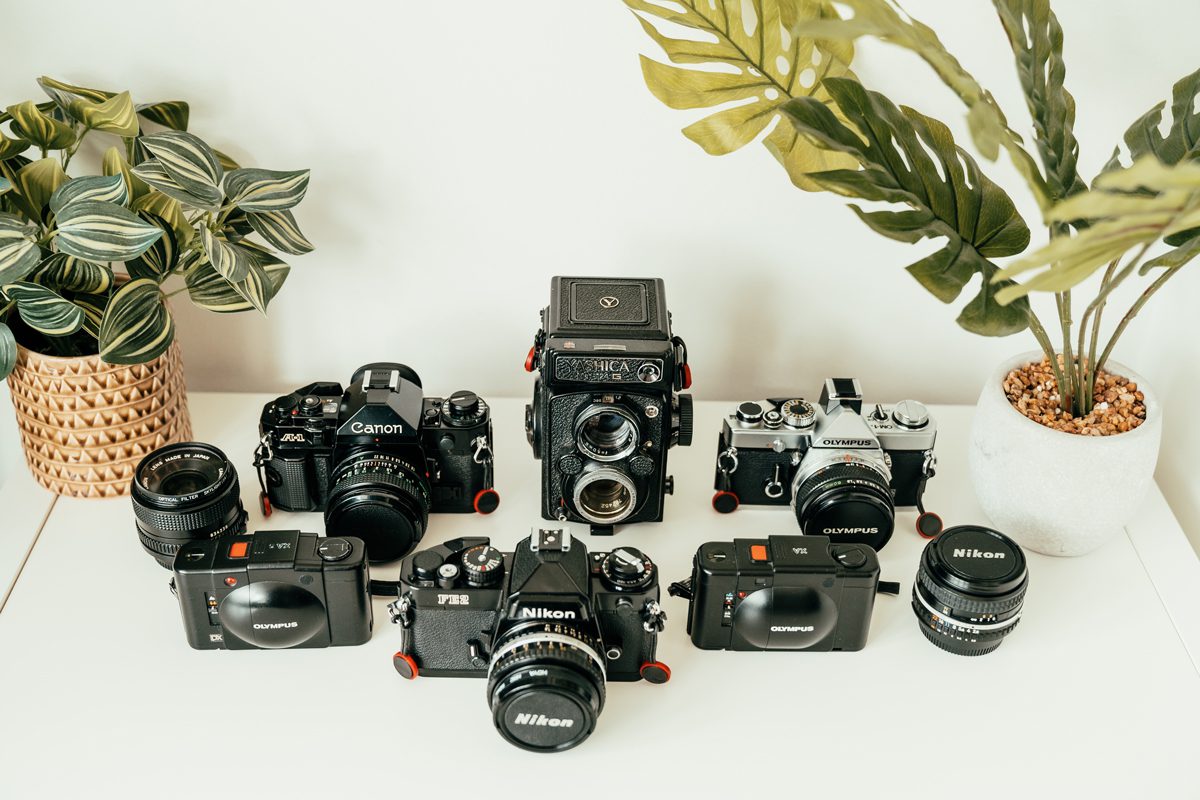 At the time of writing, I probably have 9 or 10. For the last couple of years my main camera has been a Yashica Mat 124G but I use my Olympus XA3 a lot too. It is so small I can take it everywhere. I also have an Olympus XA but, perhaps somewhat controversially, I prefer the simplicity of the XA3 over the rangefinder!

I’ve bought and sold several SLRs over the years as well. I currently use a Nikon FE2, Canon A-1 and Olympus OM-1n. I also have a couple of more ‘modern’ Canon EOS SLR cameras including the EOS 50E and EOS 300 but I prefer shooting the older, manual focus SLRs when paired with small and relatively fast 28mm or 50mm primes.

When I want to try something different, I occasionally borrow a camera from work for the weekend. We have a nice selection which we use for product testing and being a fan of medium format and TLRs I’m particularly fond of the Rolleiflexs!

I genuinely like them all for different reasons or shooting conditions. I tend to lean towards finer grain films so Delta 100 and 400, FP4 and XP2 often find their way into my cameras. 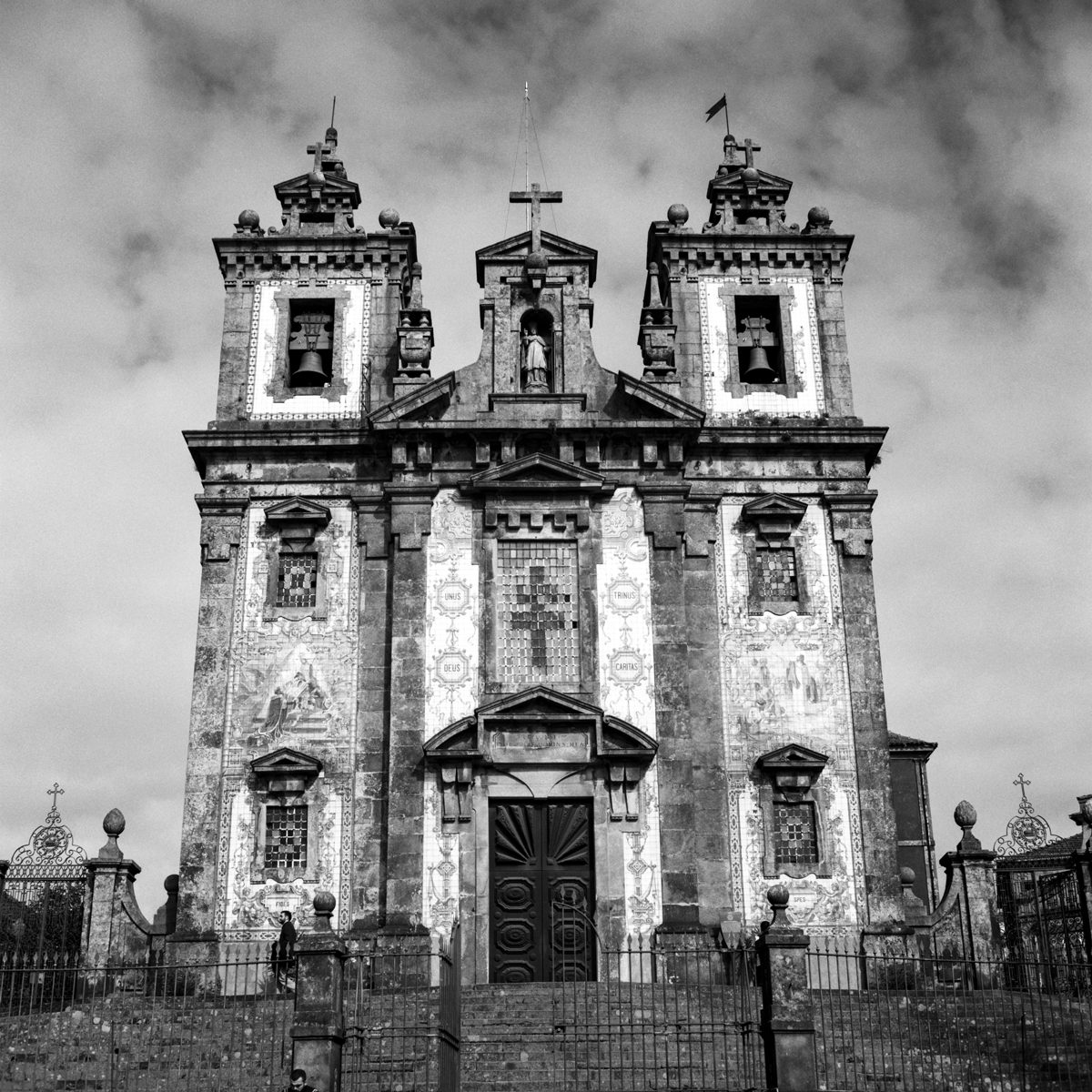 That said, the film I’ve shot the most over the years has to be HP5 - I’ll always have some with me because of its versatility to cope in varied lighting conditions – I love it in 120 as there is just something about its tones that looks amazing in the larger negs.

Aside from my ‘day job’ at Harman I am also an award-winning travel photographer. I have written articles for some of the UK’s leading photography publications, presented videos and given talks on both travel and film photography, led photo walks and workshops and had some success in competitions including winning the Travel Category of Outdoor Photographer of the Year 2018/19.

My images have featured in the following magazines: