Exploring the forgotten Posted On 6th November 2018 To Magazine & Stories

Now and again in life opportunities arises that you just have to take. You know, the ones that if you think about for too long will be missed, so you have to jump in with your best foot forward, or in this case with your best film forward.

This happened to me last year as I was casually talking to someone about my work they mentioned that they had access to an old building that had recently been vacated and was to be sold at auction. The building had been untouched for years, and they said that if I wanted I could photograph the house. The only catch was I had to do it immediately and would only have an hour or so to do so before the house was sealed up. 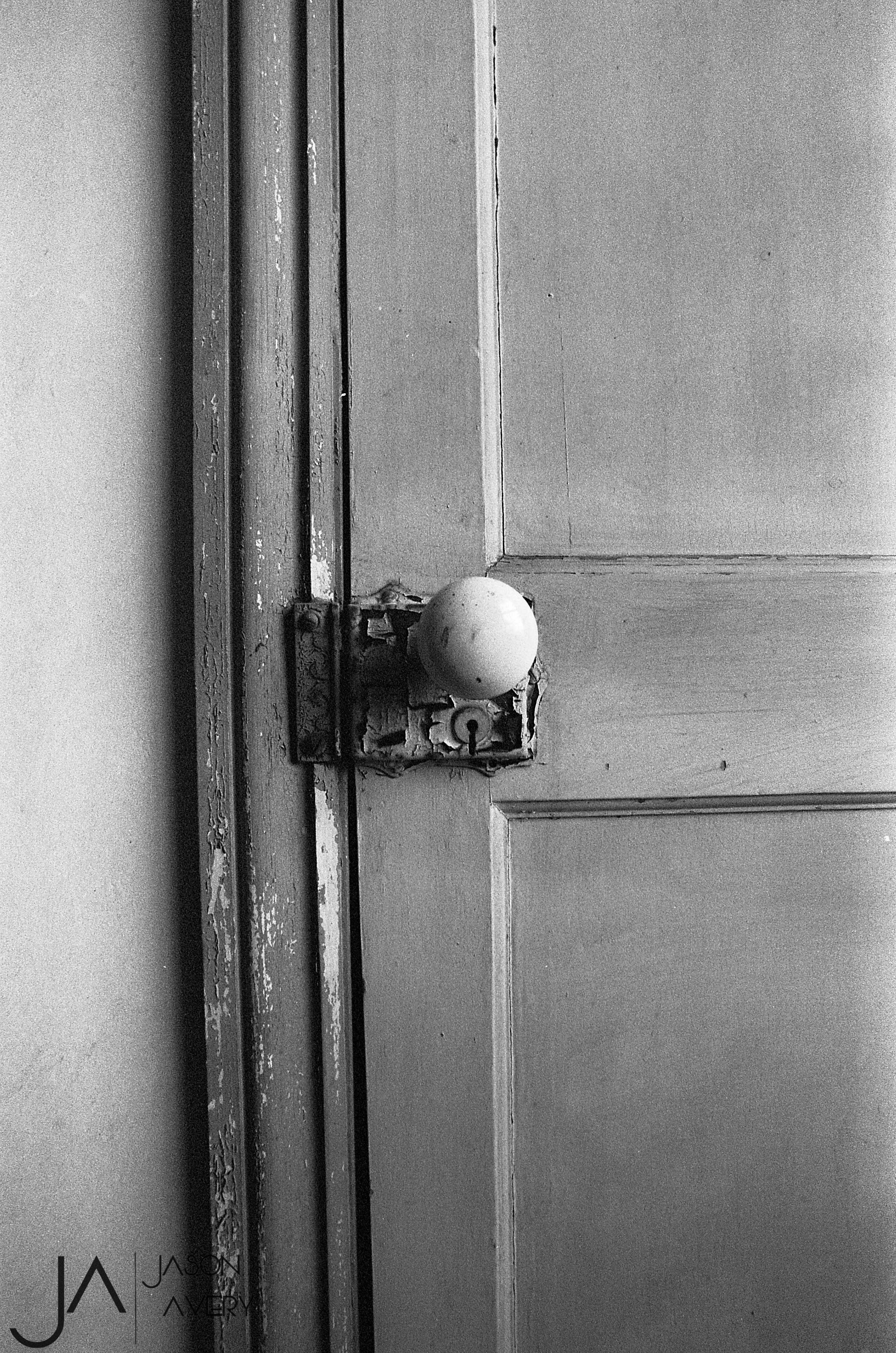 Obviously, I went straight home and grabbed my camera. I shouted something slightly incoherent to my family as I stuffed a couple of rolls of HP5 into my bag and legged it to the building.

Gems like this don’t come along too often. It’s a privilege to get chances like this to document and preserve in emulsion history before the next wave of history hits in all its digital glory.

It smacked of adventure, the type that creates a little knot of fear in the pit of your stomach - confronting the unknown. 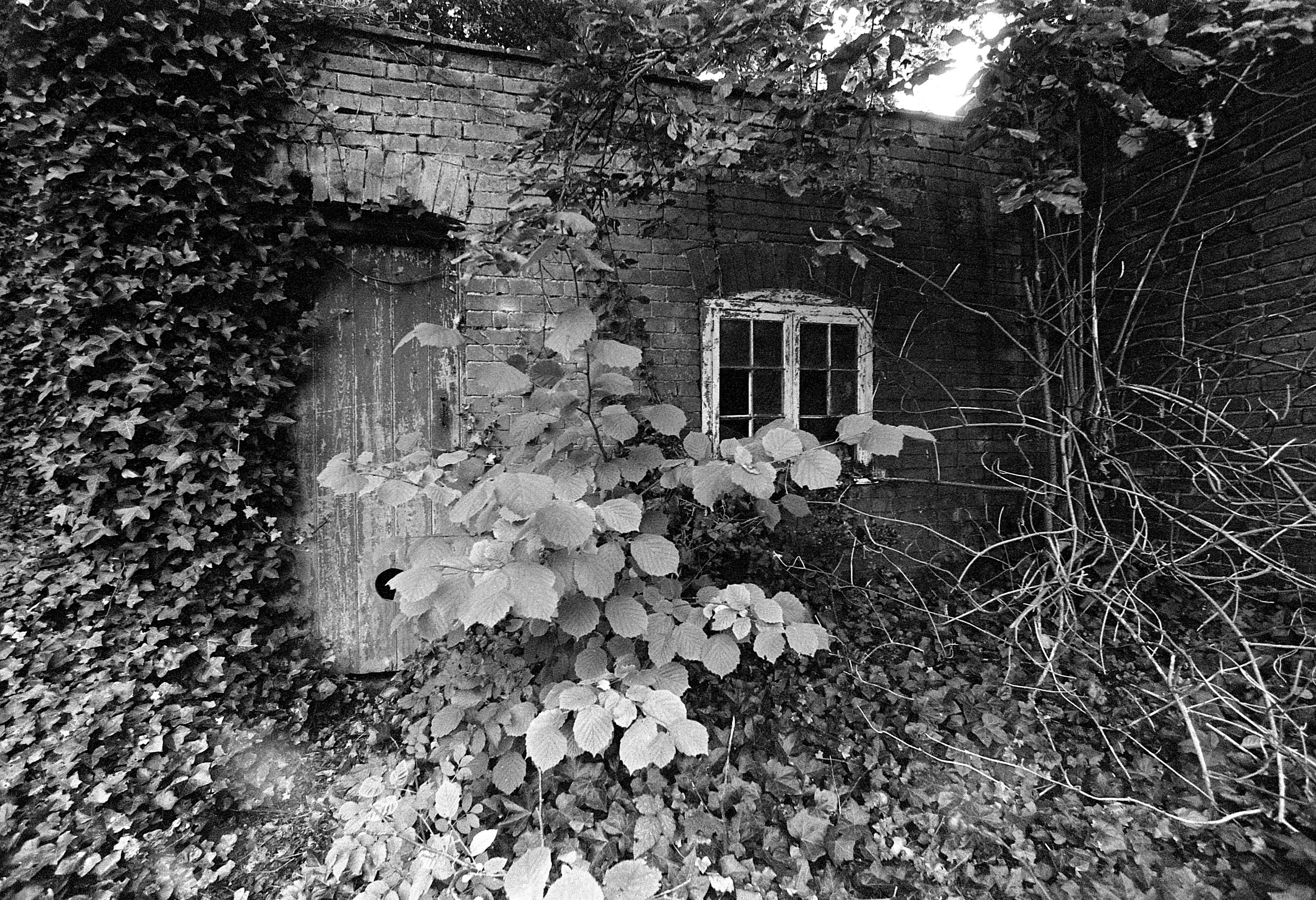 And I had more than one unknown variable that I was dicing with that day. You see a few weeks previously I was given some out of date HP5, ten years out of date, ‘Use the expired film”an Obi-Wan like voice inside told me.

I like to think that this is the voice of my ultra aware photography senses - but it probably had a little bit to do with that feeling of adventure and risk and entering the unknown.

‘But what if the expired film is too corrupted’ I thought.

That was a risk I was willing to take - like the opportunity to take down the Death Star, shoots like this don’t come your way often and they’re worth being daring for.

I soon realised that the building was vast! 45 plus room frozen in time; kitchens that hadn’t been modernised for forty years or more, hallways that went on forever & ever, big cupboards that children could have easily played hide and seek in and maybe even reached Narnia through, doors that were locked tight and fast, keeping their secrets on the other side. 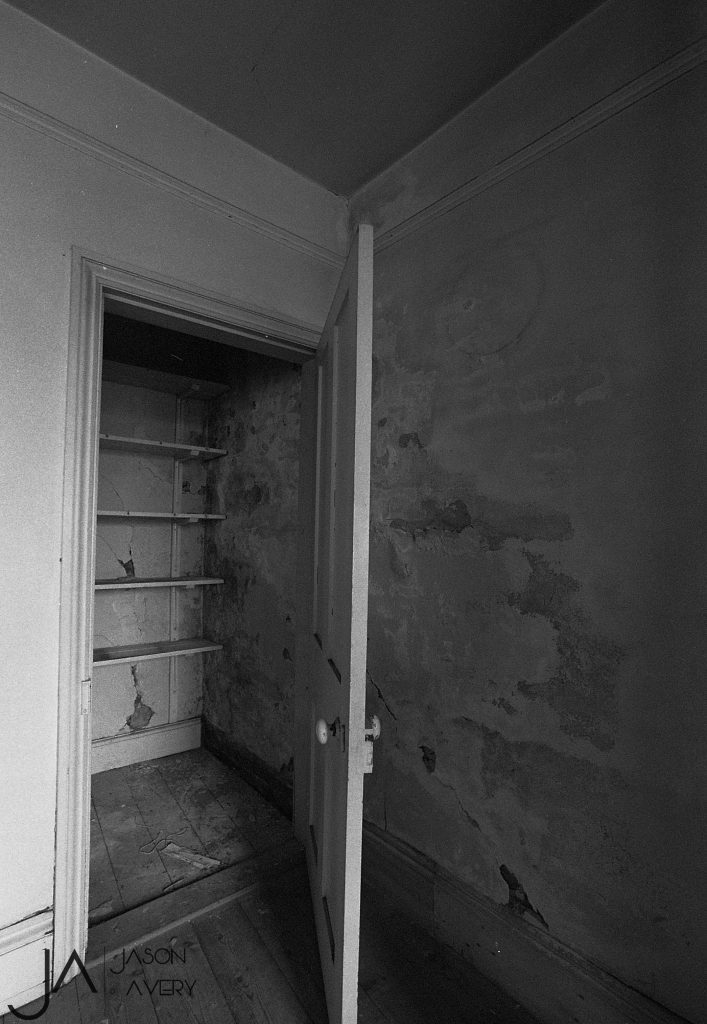 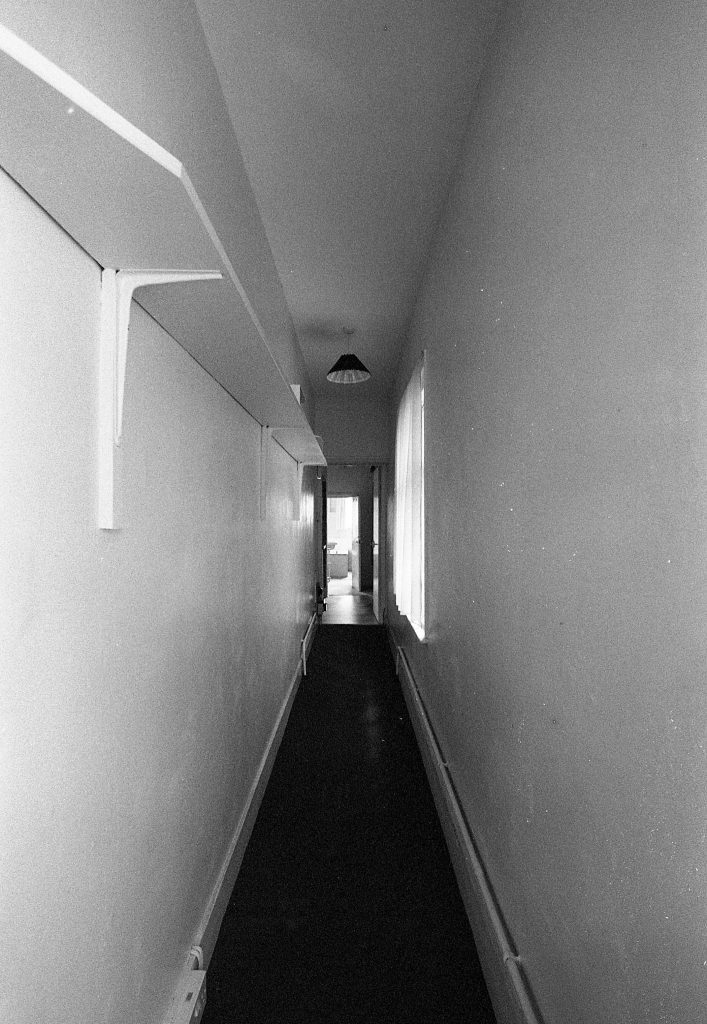 I loved every minute of it! Holding that camera and capturing the element of this space that felt like it had stood still while time moved around it and the rest of the world leapt forward was a privilege.  This was an analogue house - it had been waiting for the chance to be captured on film. And as I walked through the high ceilinged rooms, I couldn’t help but think that the next camera that photographed this house would be a digital one. One that would capture a different house, a renovated building with sleek lines, shiny surfaces and a pixel perfect presentation.

This was special; I was the last great explorer of this old house, and I was documenting my expedition like all the great explorers did - with film. 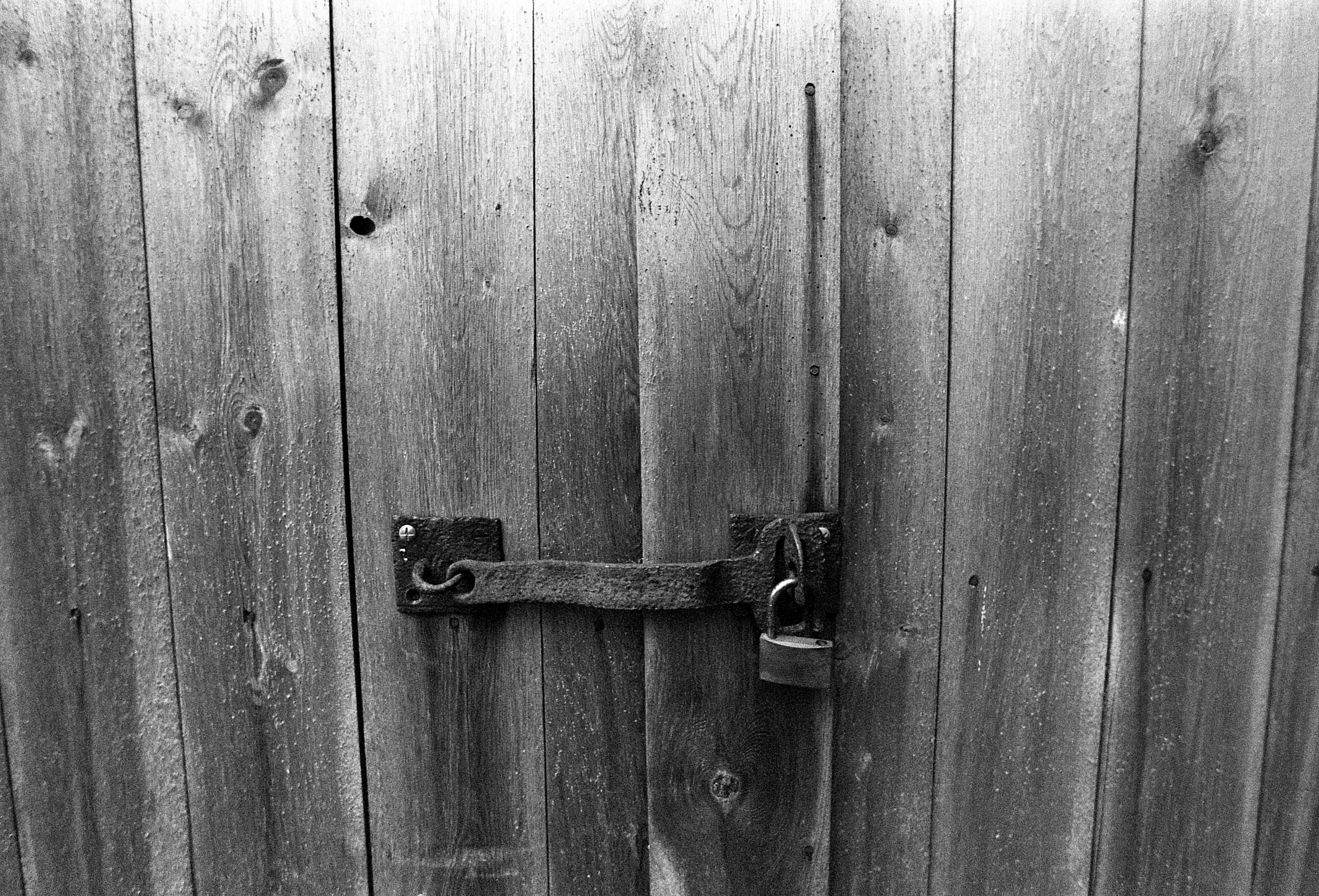 Every room told a part of the story, from the long corridors to the dirt-stained net covered window that looked out on to another building, was it so dirty with smoke from an open fire or just years and years of dust?

Either way, it was an essential part of the story I was collecting as I moved through the house and out.

In the grounds were multiple buildings, some were locked and had not been opened for many years. Who knows what might be inside?

But others were open.

One of them was an old outside toilet. I hoped that it hadn’t been used in a while, well not for its primary function anyway as bow saws were hanging from the wall. So unless you were expecting a zombie attack whilst you were on the toilet, I guess it was being used as a storage shed.

Another window caught my eye in this space, again dirty, old, neglected, it had beautiful light trying to push through all the dirt and cobwebs; the outside pushing in. 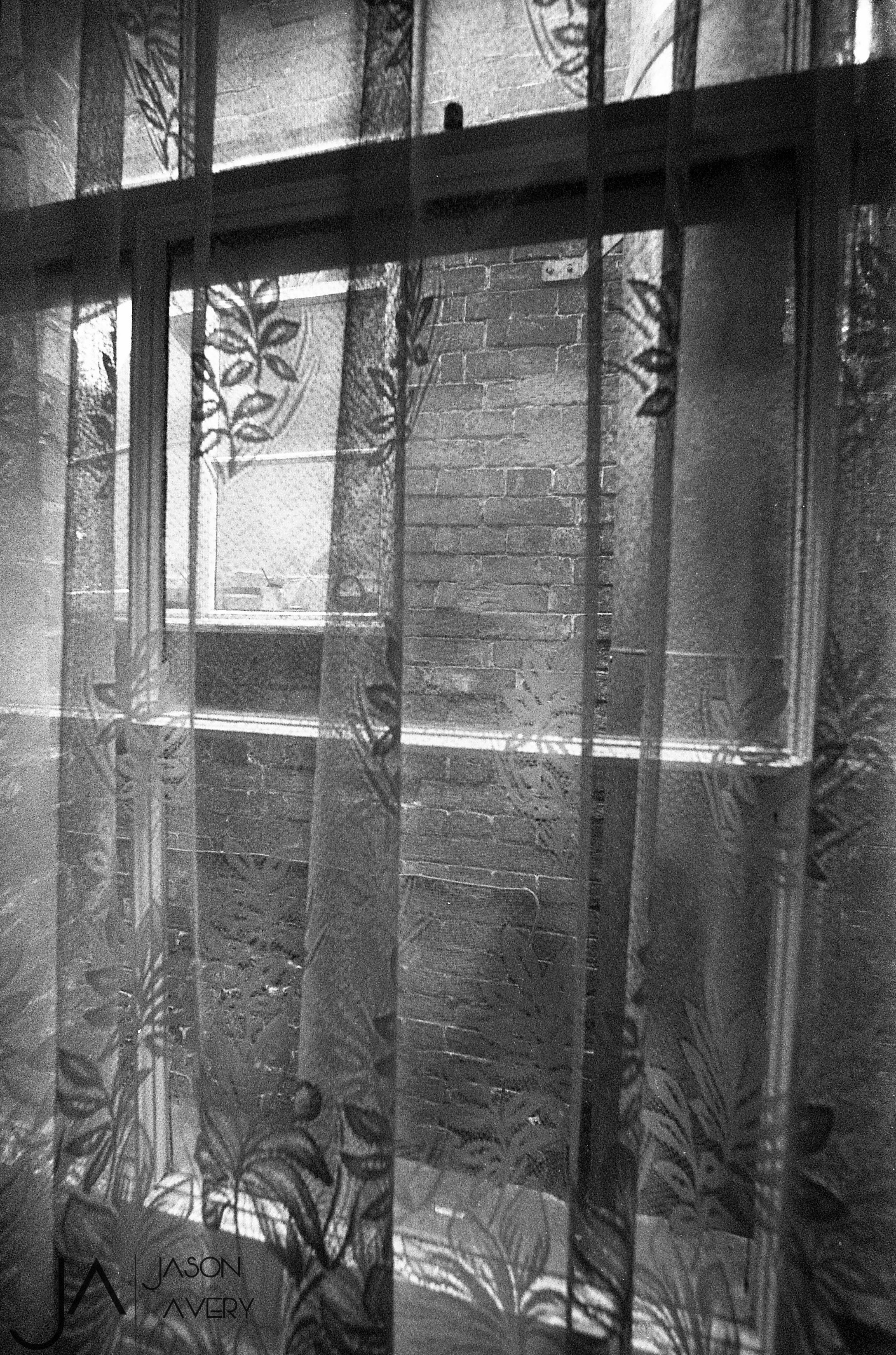 The last building in the garden was an elegant brick and wood garage.

The weathered timber was perfectly aged; not shiny and bright, but mature and majestic.

The doors were kept closed with a wonderful lock that had rusted over the years; the weather leaving it with glorious textures and character that it would not have looked out of place on a treasure chest of old.

Although time had stood still for this building it wasn’t so kind to me, the hour and a half flew past. I only had time to shoot one roll before I had to leave. 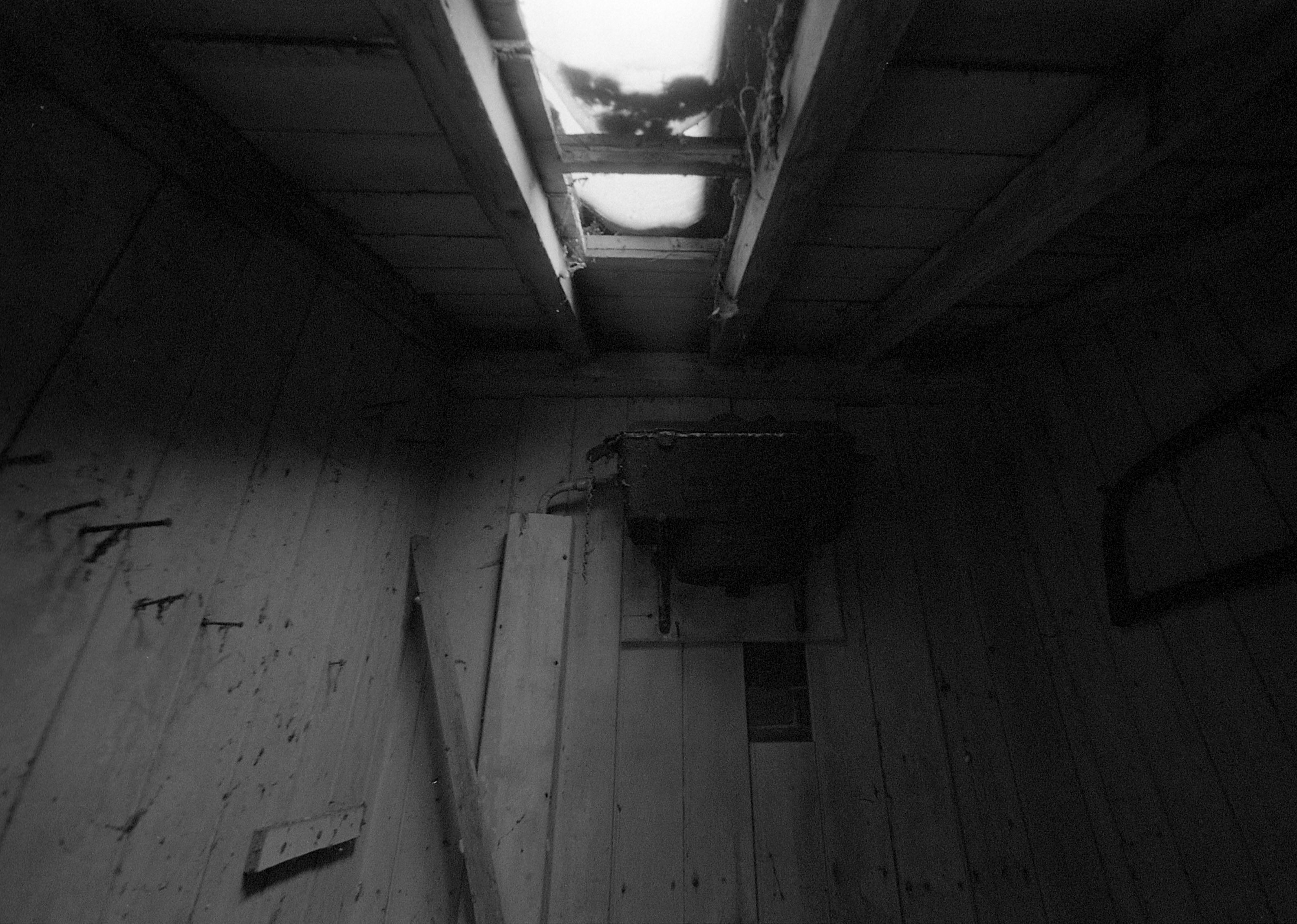 I sometimes pass the building. It’s still boarded up, shiny galvanised locks holding everything in place. I wonder if they will weather and age with as much grace as the one on the garage.

I doubt it. And I doubt that time will stay still for the house much longer. A property developer has brought it with plans to turn it into apartments. The modern age will gloss over everything, but the emulsion on that expired HP5 film will preserve the memory of how it once was.

Photography can be a type of time travel, and I guess that makes us time travellers as well as explorers!

Jason Avery is a full-time professional photographer based in Suffolk, England.