Crombie McNeill has been shooting film for longer than some of us have been around, and his story is fascinating which makes him the perfect interviewee for our 45th In Focus interview. 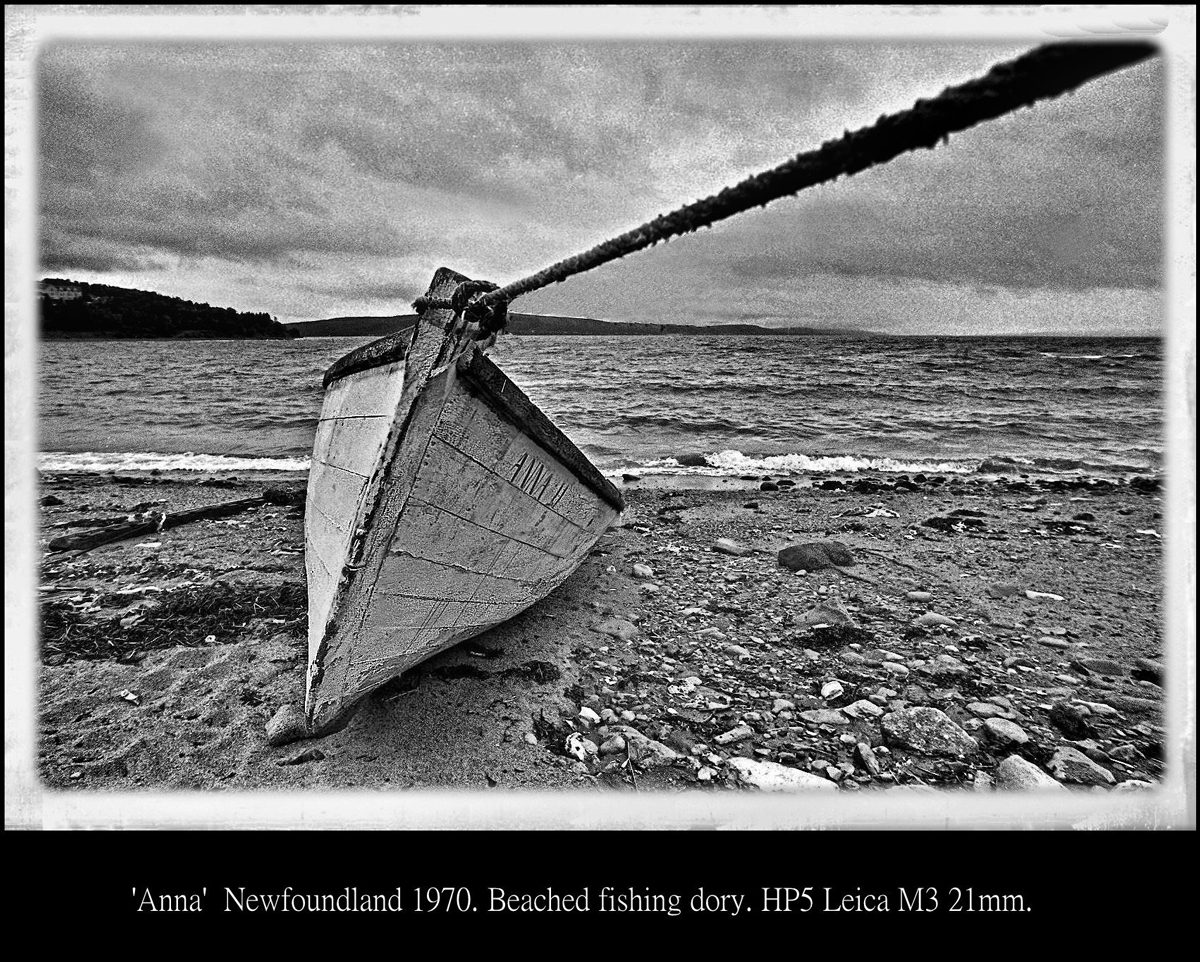 Shot way back in the early 70's. By happen chance I discovered this fishing dory beached on Newfoundland's Eastern coast. I very much like this shot, and even more so because I was on my very first major assignment. Twenty three days to shoot tourism advertising images. The tourism images were to be made exclusively on 6x6 Ektachrome via Hasselblad, not b&w 35mm. I had no idea just how heavy and bulky 300 rolls of 120 film could be until then and each role had to numbered on a log sheet with the location, time, date and any associated model releases. Talk about a task!

Made this shot with my M2 Leica with the 21mm f3.4 Angulon on 35mm HP5 processed in ID11 1:1 for 11 minutes at 70F. Incident reading via Sekonic. This gives me a full tonal scale negative with moderate contrast just perfect for my Omega condenser enlarger. When I traveled regardless of the assignment I always had Leica loaded with either HP5 or Kodachrome.

I'm now a very content semi retired career freelancer no longer living out of a suitcase.  It was an immense privilege to have photographed, presidents, paupers, royalty, fashion magazine layouts, frozen toes in the Arctic to rapture of the deep on the Great  Barrier Reef, even Playboy (non nude) LOL. Along with all sorts of weird stuff, like being awarded a Purple Cross for injury in combat, this injury required a single bandages on my right index finger. The Americans in Vietnam had a great sense of humor. 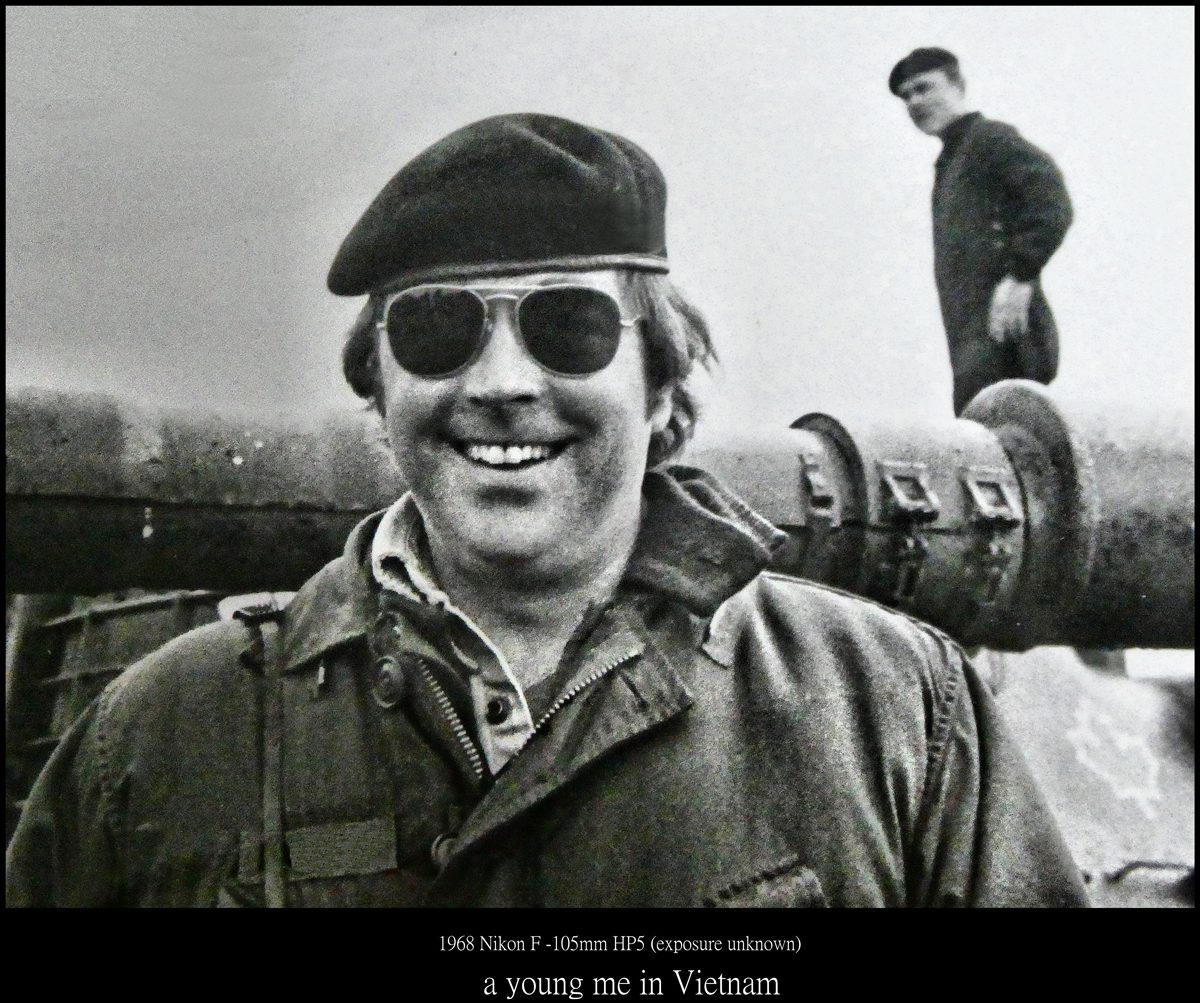 My dad was a gifted portrait photographer with a hot light studio in our home basement along with a magical darkroom. By the age of four I was a veteran hypo tray rocker and fell in love with the glowing ambiance of the orange safe lights along with the lilting sound of gurgling water, even the smell of  hypo became part of this mystical experience for me. It was etched in stone I'd follow in my dad's footsteps.

My dad introduced me to the great Yousf Karsh around the age of 7, he was later to become my mentor. This was a momentous privilege and a great honor. He was an unassuming man, with a ready smile and quick with a joke. This belied his intensity and attention to the minutest of details... he'd turn over in his grave to hear 'I'll photo shop it later'. Mind you there was a lot of time spent retouching the negatives, all by hand of course and this was an art unto it's self, now sadly forgotten and gone. 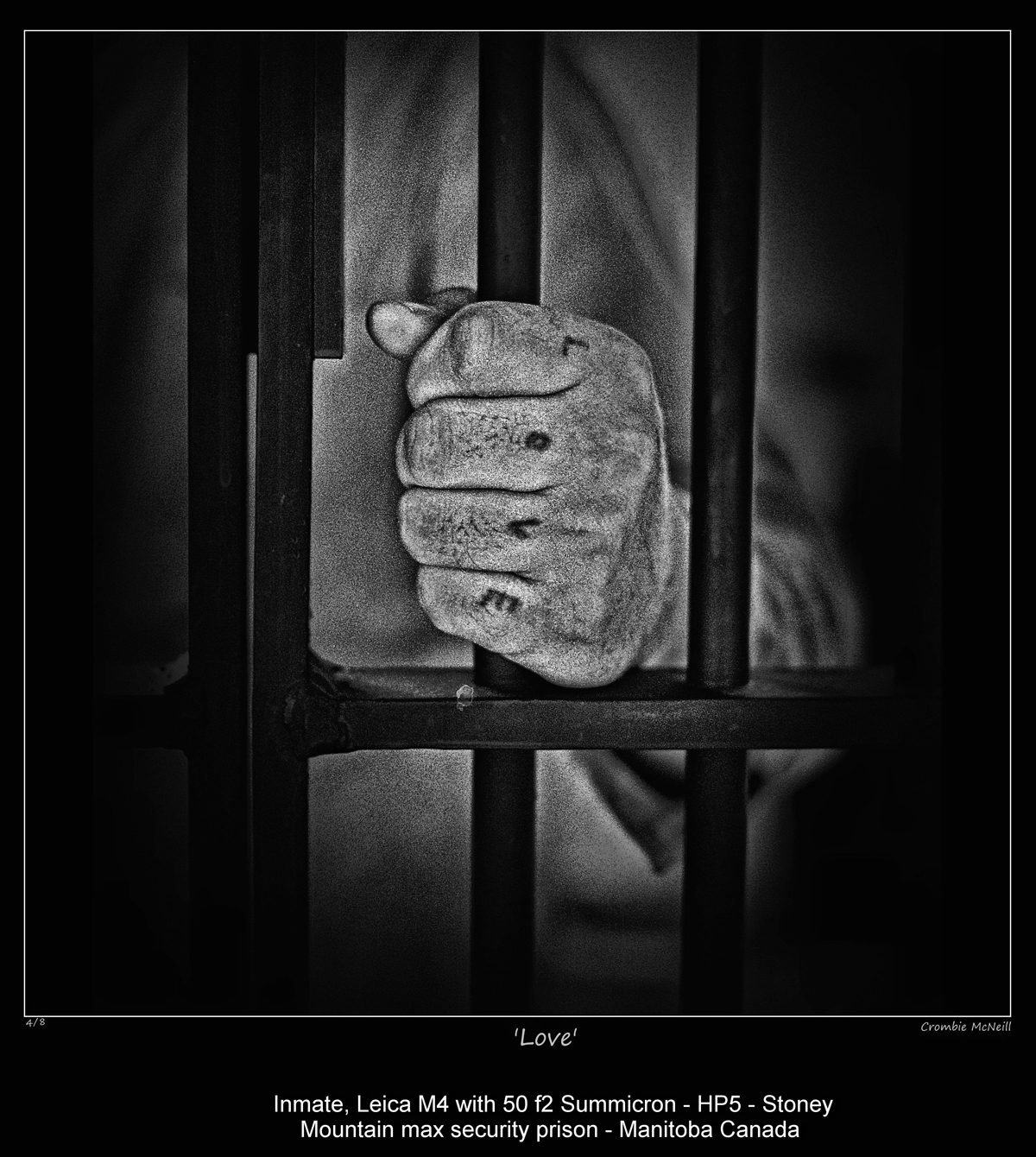 Profit from mistakes, and never ever accept a no without an explanation.

I'm within a few images of completing a major project on street people. No posing, no artificial lighting, no gimmicks, just as they are and where I find them. For the most part they are proud humorous folks fully aware of their short comings and very complimented to have their portraits done. I shoot only with permission, no covert crap and as a gesture of thanks I give them a McDonald's chit for a coffee and a sandwich. My list of priorities also includes a book on the Rideau Canal system to titled (Misty River). I love to be busy. 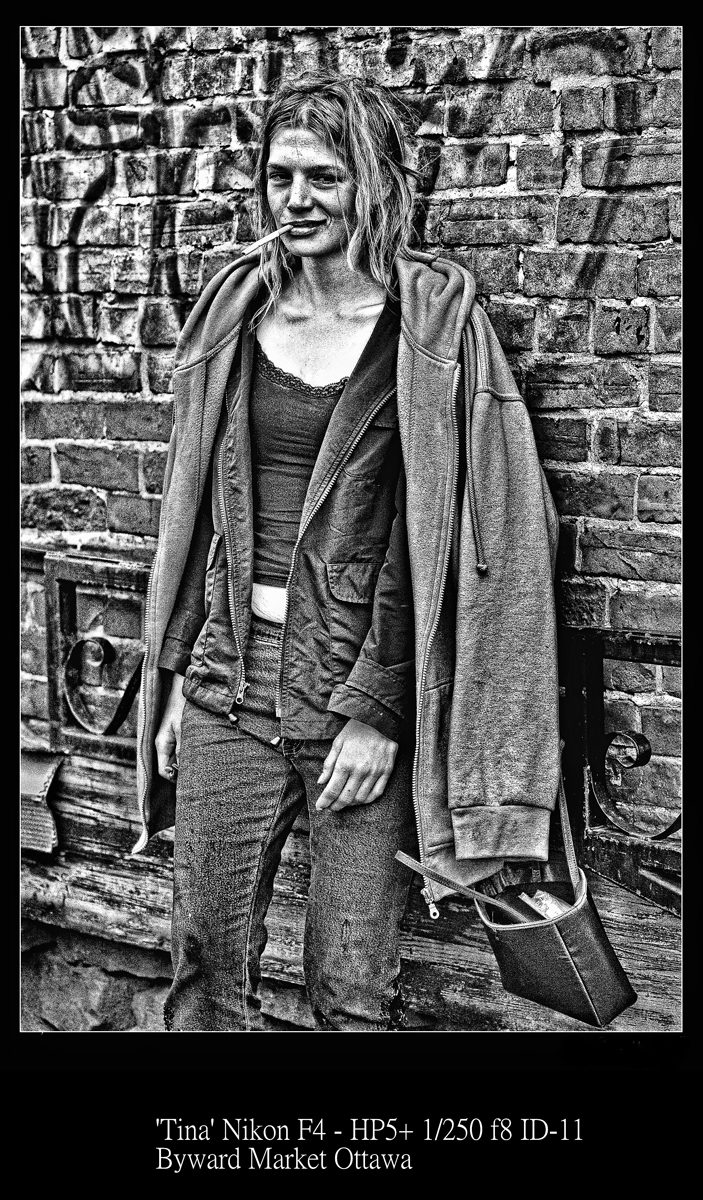 This Sunday I'm planning a shoot at a remote historical estate located the Gatineau Hills which is about a 45 minute drive from downtown Ottawa. This estate is best in the early morning just after sun rise when it has mystical  beauty perfect for HP5+ pushed to 1600. For a 2 stop push my choice is ID-11 stock solution for 14 minutes with agitation 5 seconds per minute. I then re bottle the stock solution retaining 2 oz. of the stock solution for each roll and add the appropriate volume of water and let the film stand develop for an extra 2 hours with a single agitation half way through the cycle. This technique produces some useful chemical fog which acts as a contrast reducing mask making for a punchy sharp negative with a full tonal range. 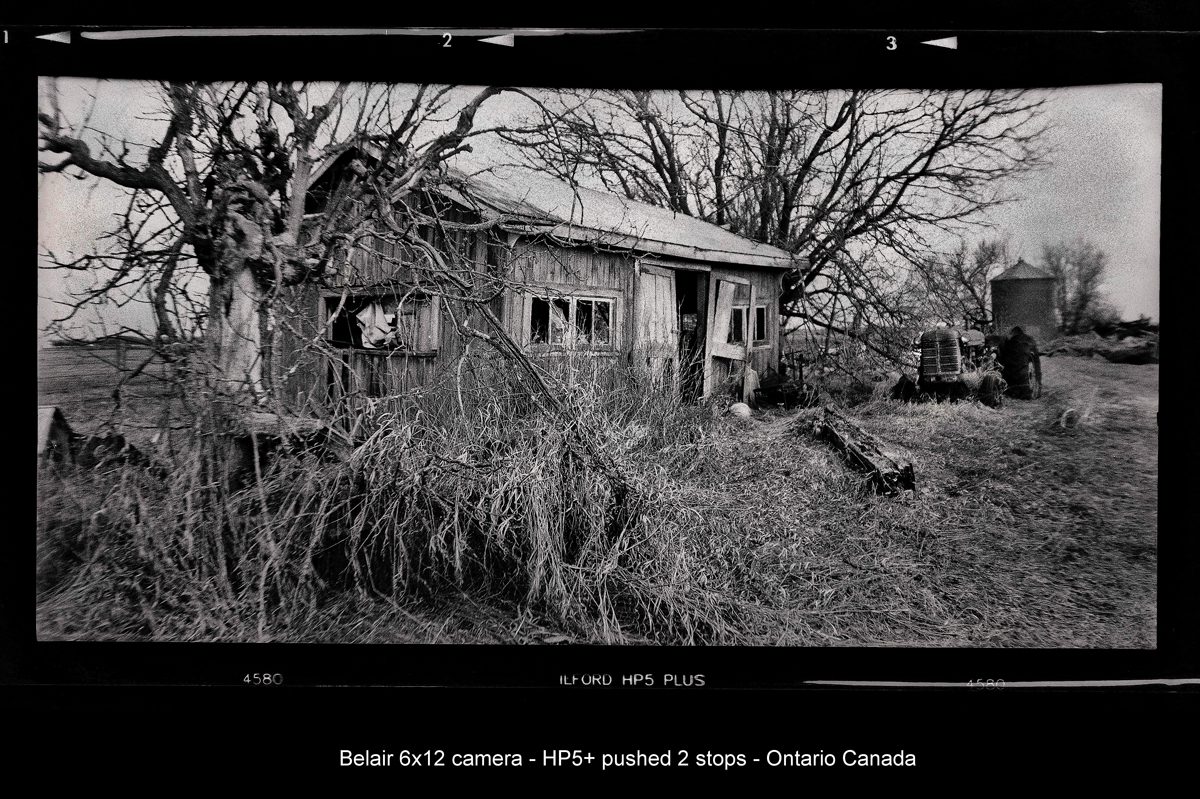 What film cameras do you own and which is your favourite? (Please send us a picture of it if you can). 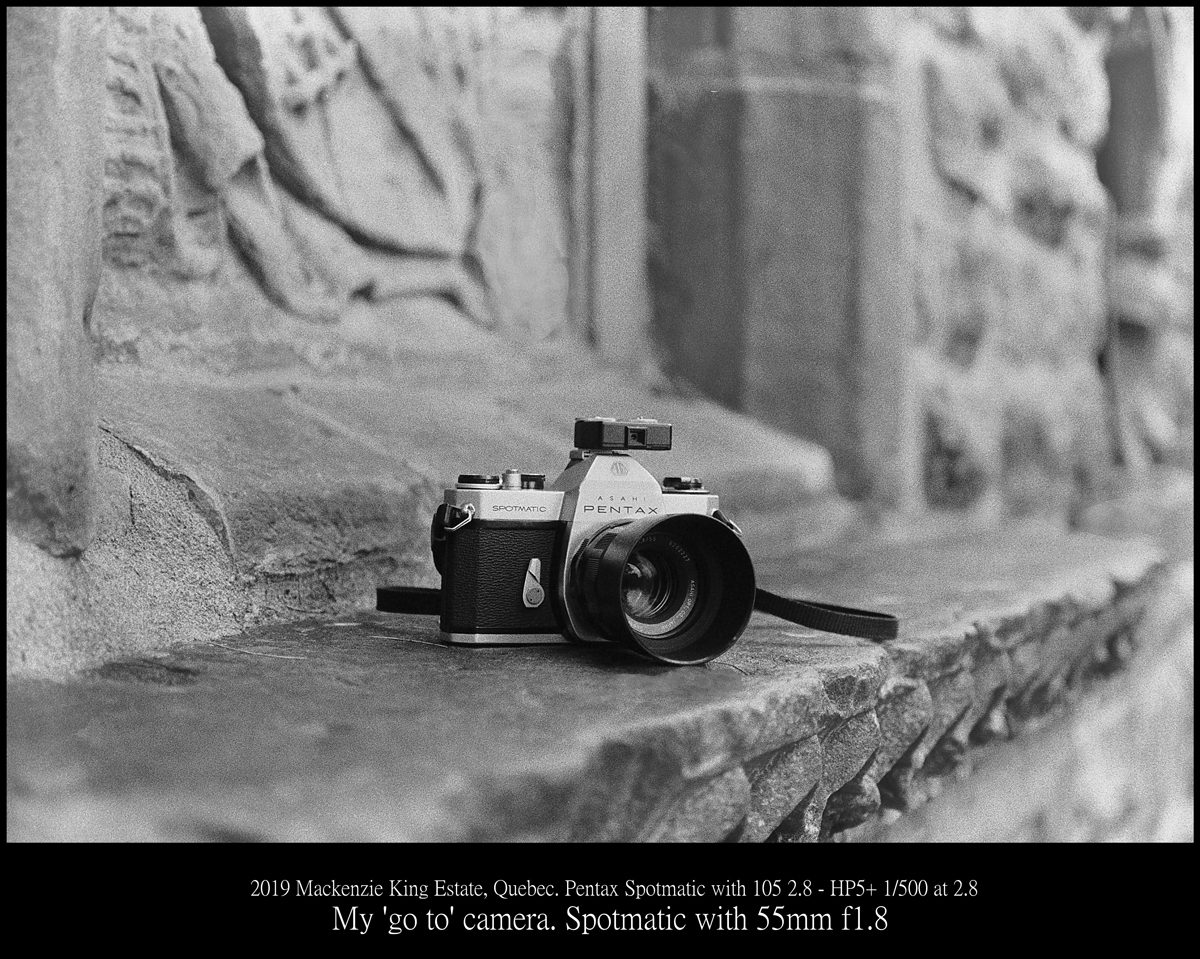 The Boy Scout motto of being prepared is not lost on me. All my camera bags have a pocket filled with film, another will have a lens cleaning kit with mini screw drivers, alcohol wipes, sun screen, insect repellent and tissue paper. Another will have several plastic bags, a rain poncho along with rubber bands, a Swiss army knife, 2 cable releases, business cards and an energy bar or two.

Back in the day when I was a staff news photographer a friendship developed with another shooter which lasted until we both moved on to freelancing. Oddly though we never crossed paths over the years until we both returned to settle down in Ottawa where it all started. Fred felt he'd done it all and so he gifted me his 2 Leica M3's with 5 lenses, he'd only accept a huge thanks, a hug and a bottle of single malt Scotch. Now get this, there was this ugly brassed out 50 f2 Summicron which was also dented with the front element looking like it had been cleaned repeatedly with sandpaper and yes there was lens separation and fungus galore. It would have made a truly ugly paper weight. It turns out it was super duper rare and fetched $5,500. USD

Fred got a second bottle of Scotch. 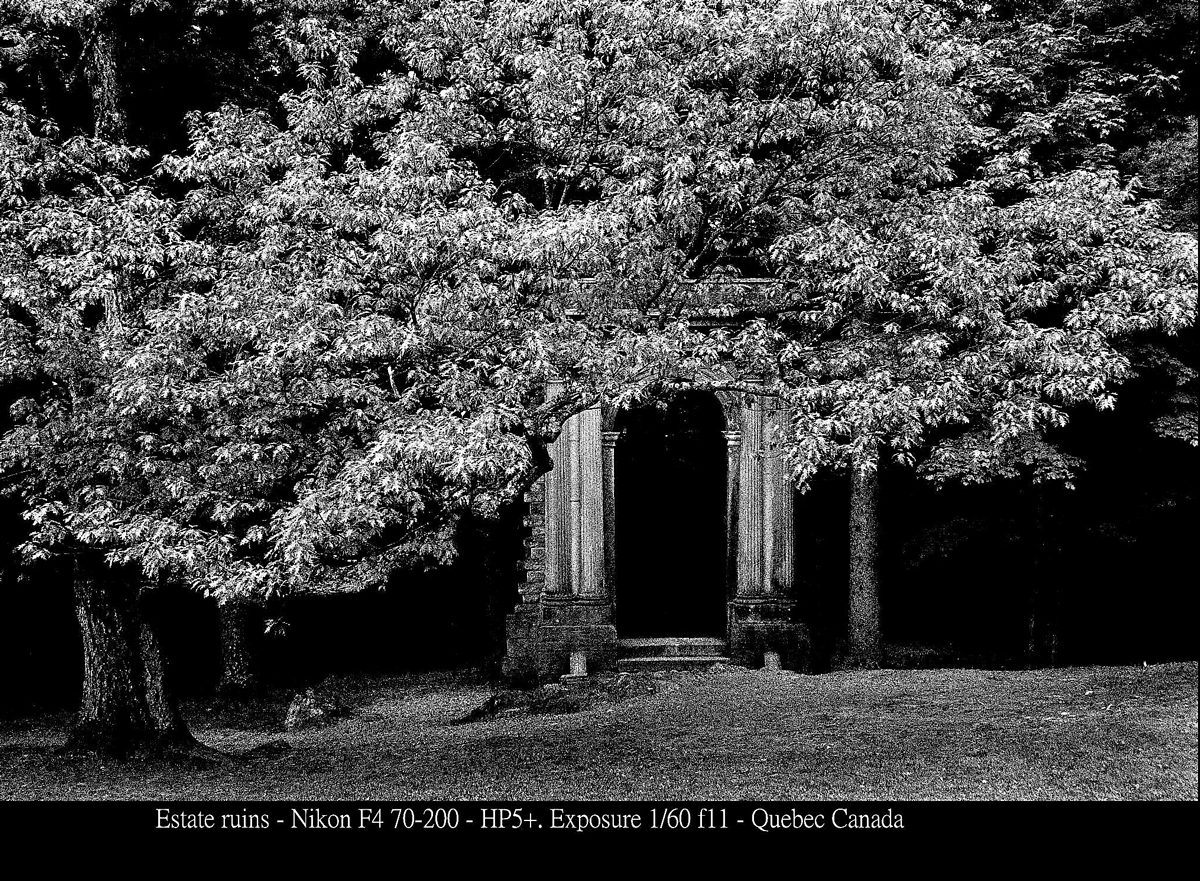 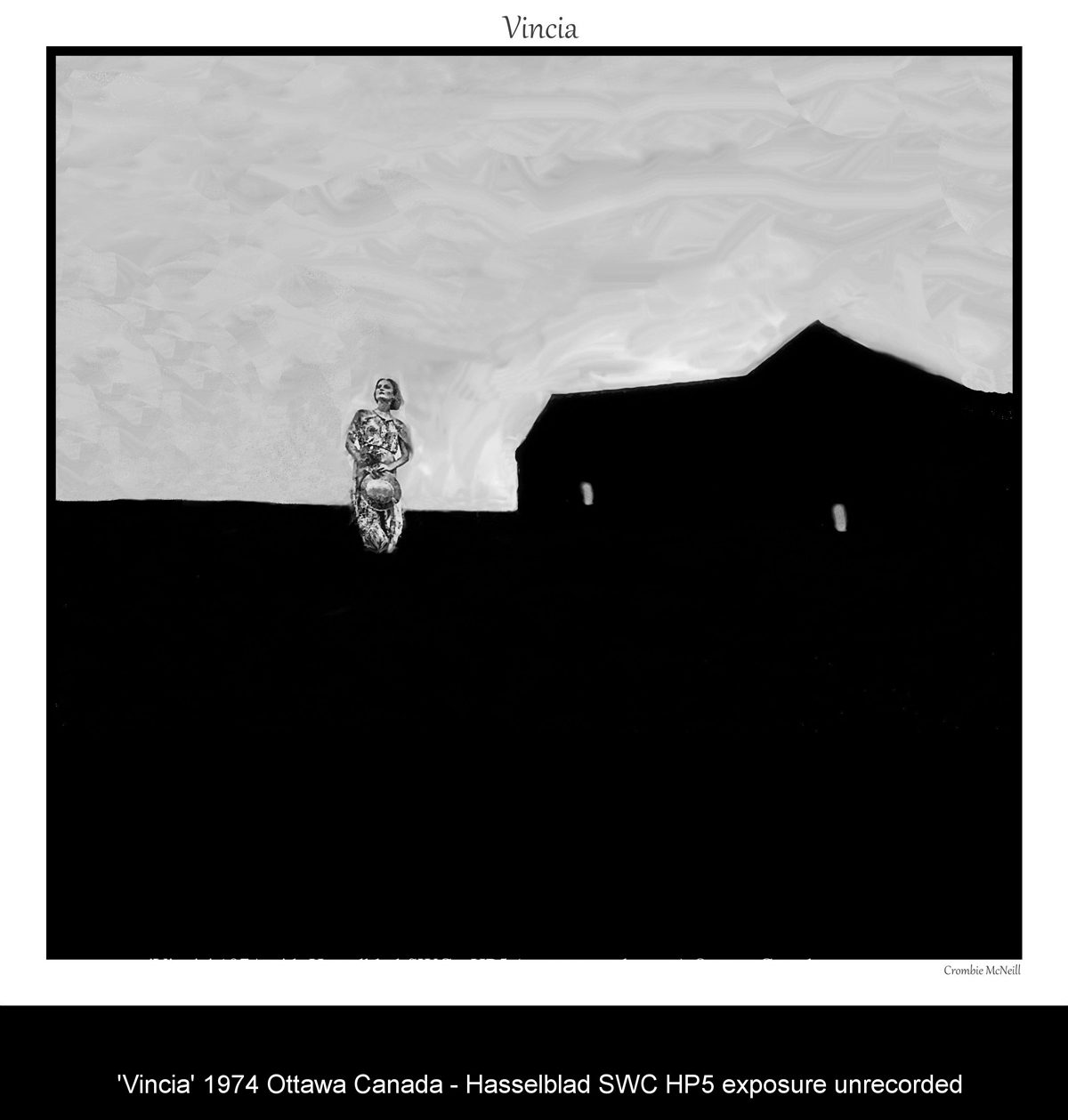 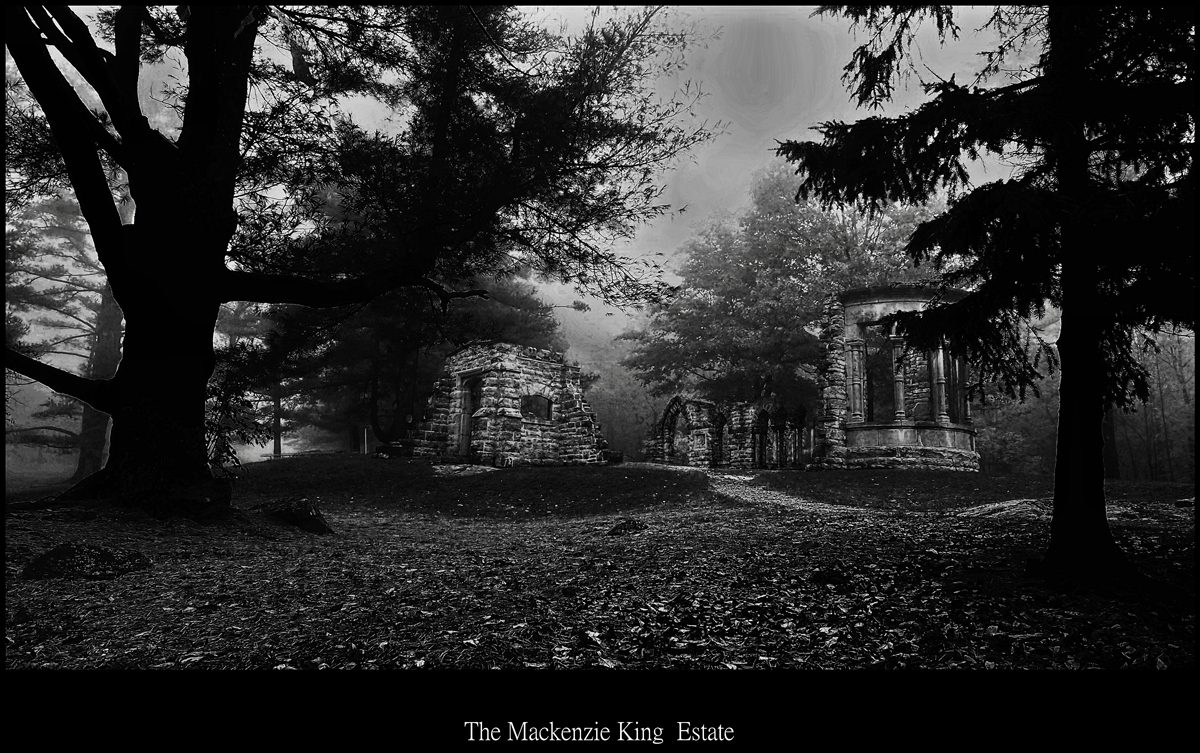 My go to film is HP5+ be it 35mm, medium format or 4x5 and the reasons are simple. High quality with consistency and adaptability to all lighting conditions. These emulsions can withstand the torture of 3-4 stop push processing and still produce gallery quality images.  I use ID-11 for 95% of my processing with variables being the time, dilution ratios, agitation and temperature. Other developers may well have some advantages for some specific scenarios and believe me I've experimented to distraction only to prove the time honored formula for ID-11 is outstanding!

Enlarging paper, once again I've not discovered any paper by any manufacturer that out performs Multigrade RC, and most are inferior. I do have a personal bias for the satin surface.

Simply put; having total confidence in my gear and my technique and my film/processing makes a solid package for me. This confidence shows in how I interact with subjects and they feel these vibes which in turn relaxes them and they feel confident... this is huge! An example is when I ask a prime minister, movie star or street person to interact with me me and my camera they must feel confident I'm not going to make them look like an idiot, but rather I'll do them justice. 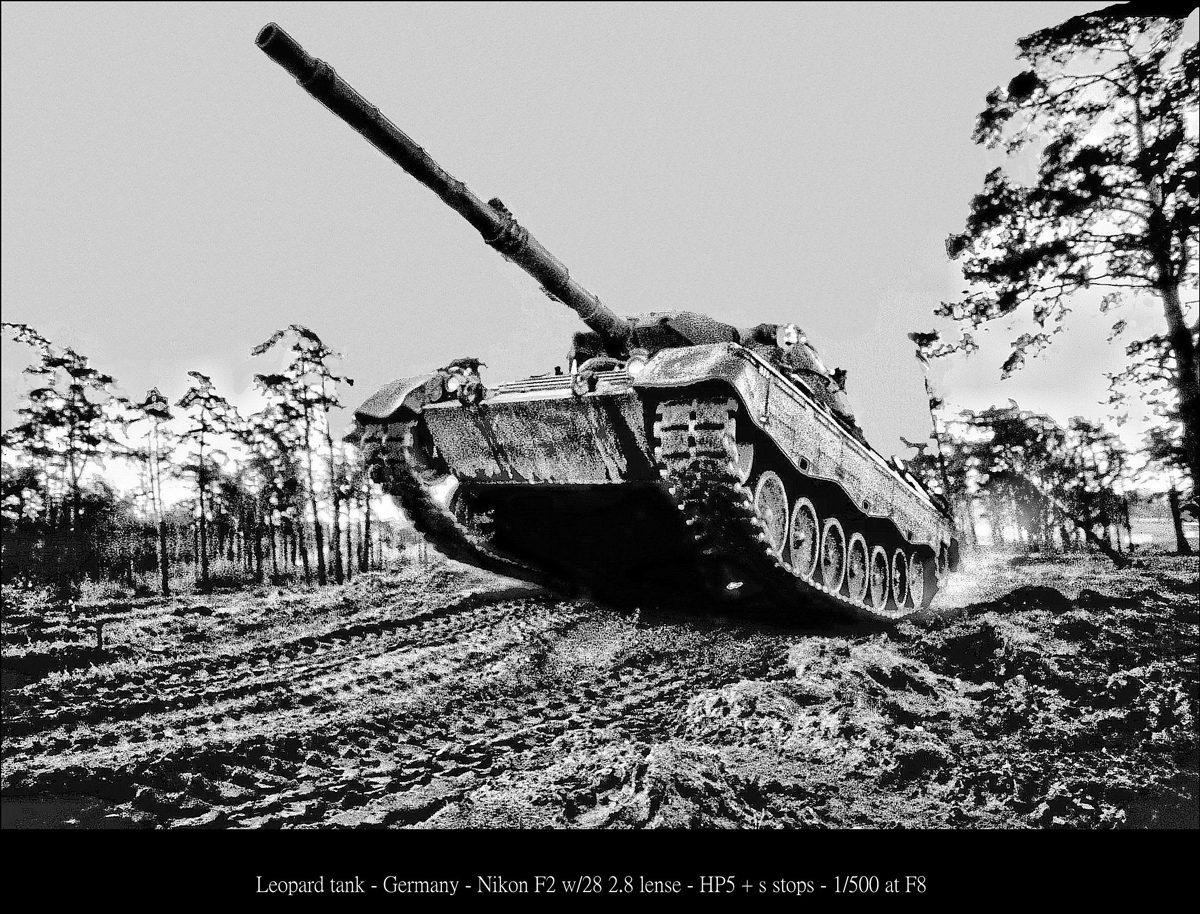 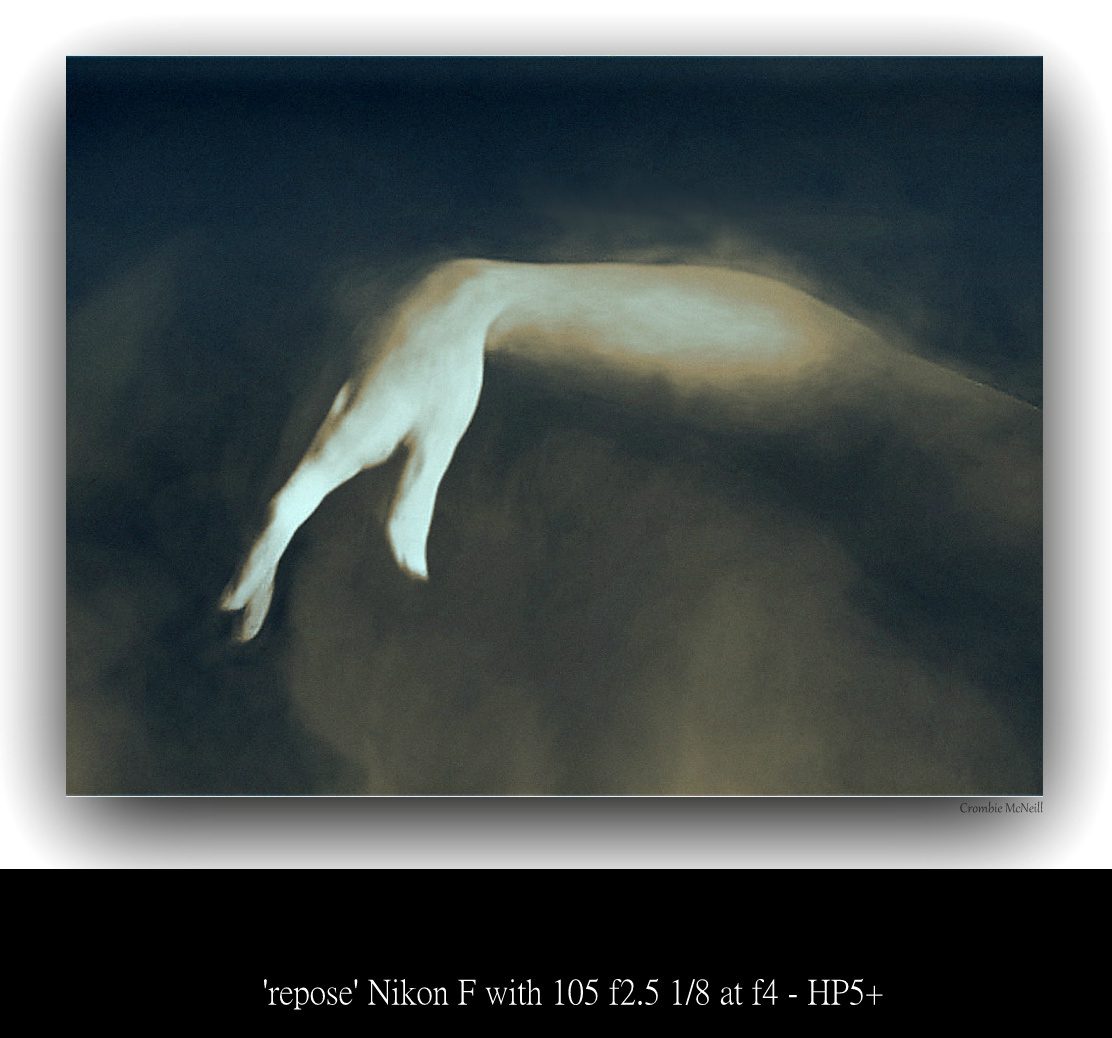 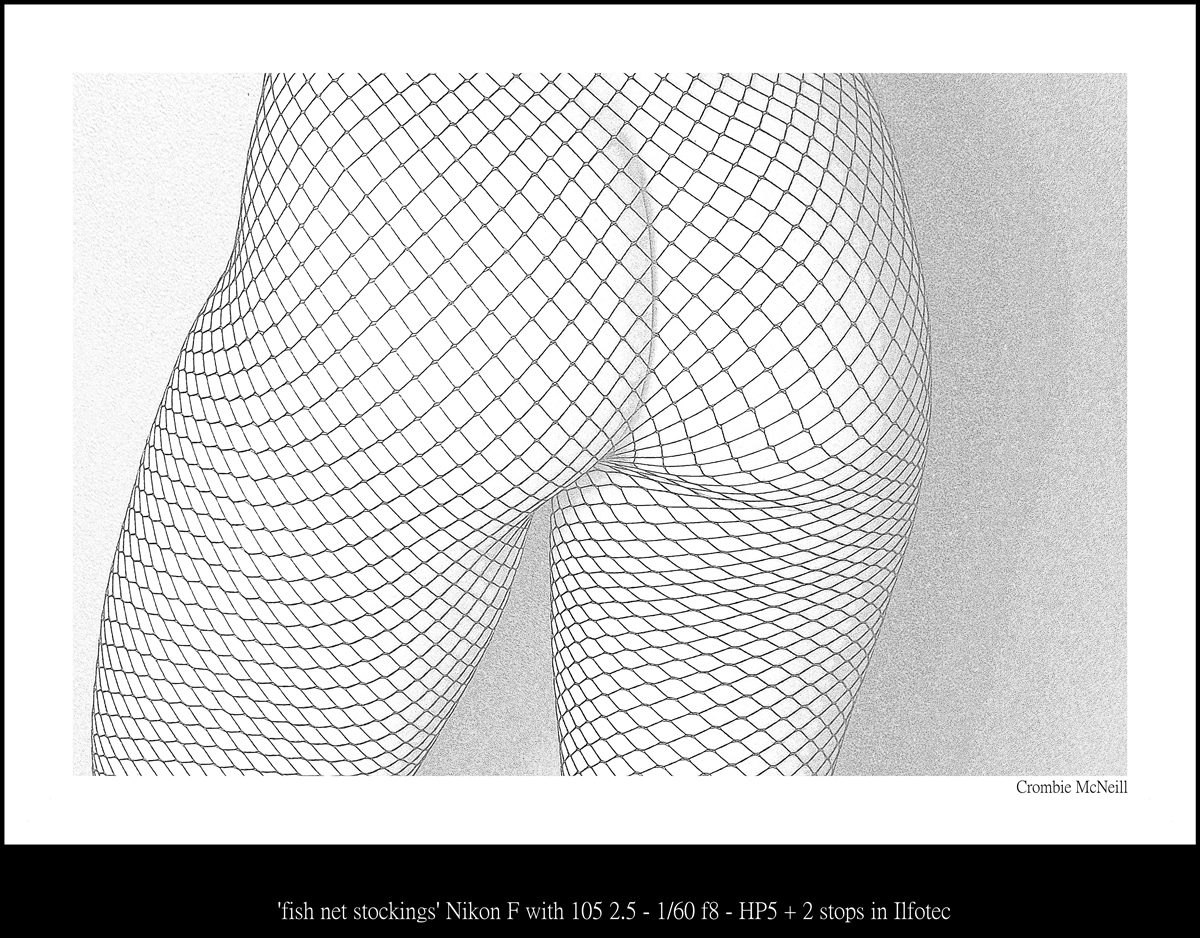 I think the work of Rob Little might be of interest you, and yes he's also a fan of Ilford film, paper and chemistry. 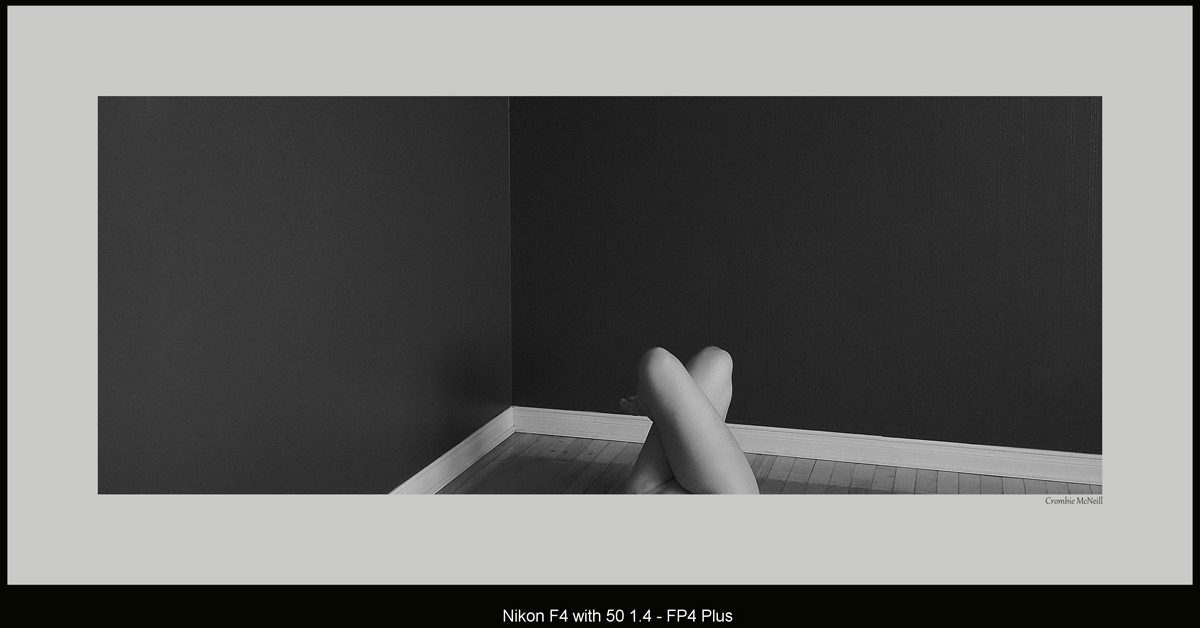 Crombie McNeill may tell you he has retired, but gifted with the soul of a true artist, he is continuously seeking the perfect image. His career has transcended the boundaries of conventional photography and now with Karsh and Stieglitz looking over his shoulder, he is embracing the photo imaging techniques of the future. Not one to leave behind the uniqueness of b&w film with the quiet nostalgia of his wet darkroom. He’s discovered a special blending of traditional film with advanced digital techniques to produce truly unique images with a presentation biased to minimalism.

“The art photography for me,” says Crombie “is the blending of the ‘critical moment’ with the timeless essence of the painters canvas.”

Crombie McNeill’s career began in the mid 60’s as a staff news photographer but he soon turned freelance and embarked on a 30-year journey living out of a suit case. This Odyssey lead him from the North Pole to high fashion magazine shoots to Olympic Games; it lead from the depths of the Barrier Reefs to the heights with the Snow Birds, interwoven with civil war in Africa, Royalty, presidents and paupers world wide, not to mention frozen toes at the North Pole.

Crombie was engaged as an instructor at Loyalist, Heritage, Algonquin, Mohawk, and Sheridan Colleges, as well as a stint with the Nikon School of Photography.

The National Archives anticipates that Crombie McNeill will be credited as one of Canada’s most significant photographers in recognition of his longevity and the diversity of photographic assignments. His publication credits include National Geographic, Chatelaine, Maclean’s, Time, Newsweek, Fortune, Sports Illustrated, even Life Magazine and many others.

Crombie is now happily retired, in that he no longer accepts editorial assignments. He lives in Aylmer, with his wife Sue. “This retirement” he admits, “allows me to continue the search for the image, and to determine the ideal technique by which it is to be captured, presented and preserved for posterity,”

Crombie often returns to the peaceful amber glow of the wet darkroom as a respite from his extensive digital lab.