Introducing Hilary Freed, our 11th Behind the Film interview. Hilary is one of our newer team members who took over from Mike Bain as our Country Manager for the US and Canada.

Who are you? What’s your job title at Harman Technology and how long have you worked here?

My name is Hilary Freed, I’m the Country Manager for the US and Canada. I started with Harman just 6 months ago, replacing a man who was retiring after being with the company for 34 years.  I took that as a good sign!

Tell us a little about your day to day role:

I help our US and Canadian distributors and dealers in any way that will help ILFORD Photo products thrive. I’m currently seeking ways to engage with the film community, whether it’s schools, community darkrooms, camera stores, local groups, etc. 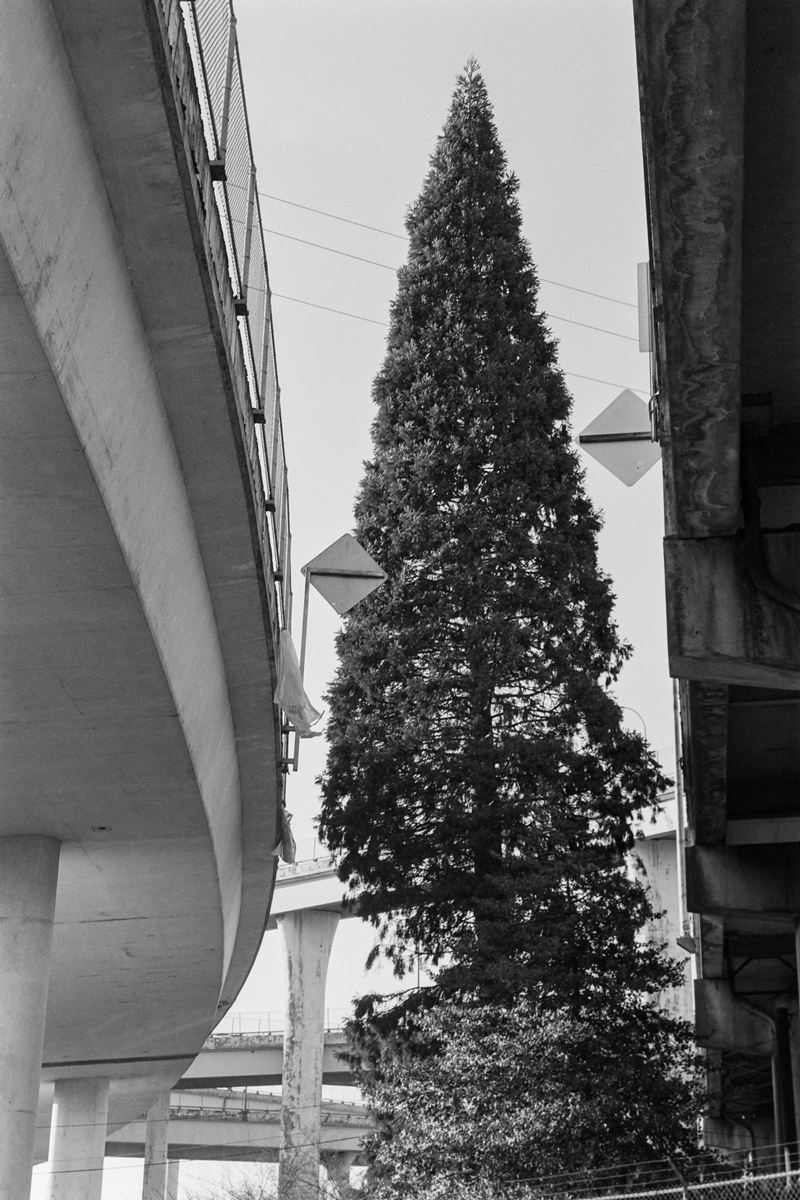 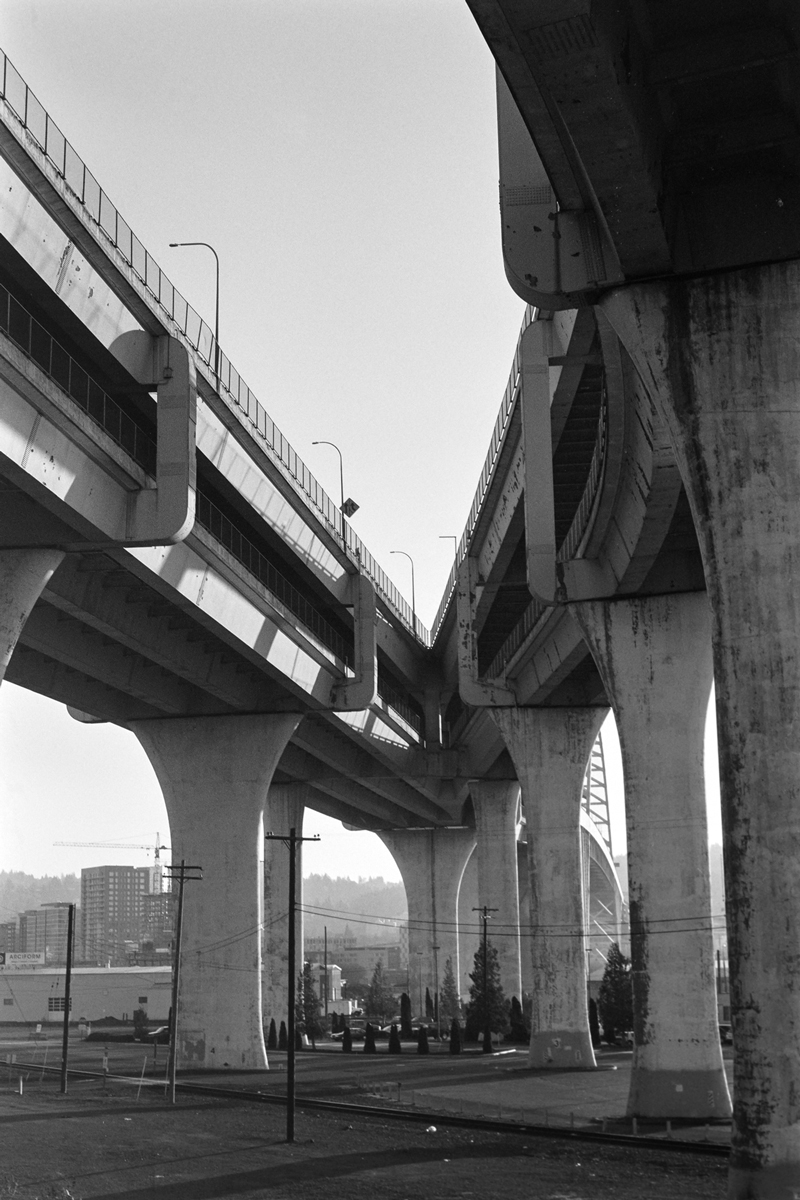 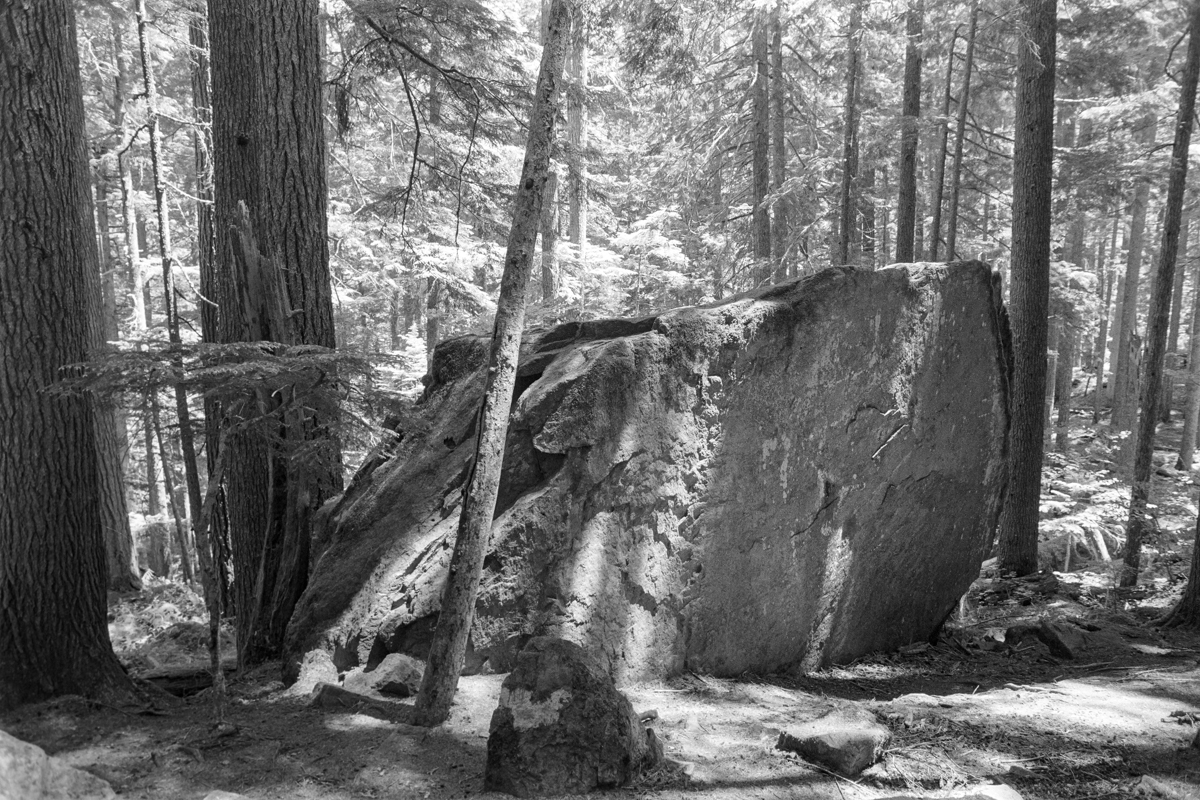 Share a favourite photo that you shot on ILFORD/Kentmere film and tell us why it’s your favorite.

Light is so crucial to photography and I’m always trying to get it to show on film the way I see it in life. This is nearly impossible, because no lens and film can do what our eyes and brain are capable of, but sometimes I get an image that at least replicates the feeling the light gave me, and this image does that. I shot this image on a side-trip I took to Snowdonia in Wales before visiting Harman Technology’s offices and factory outside of Manchester. 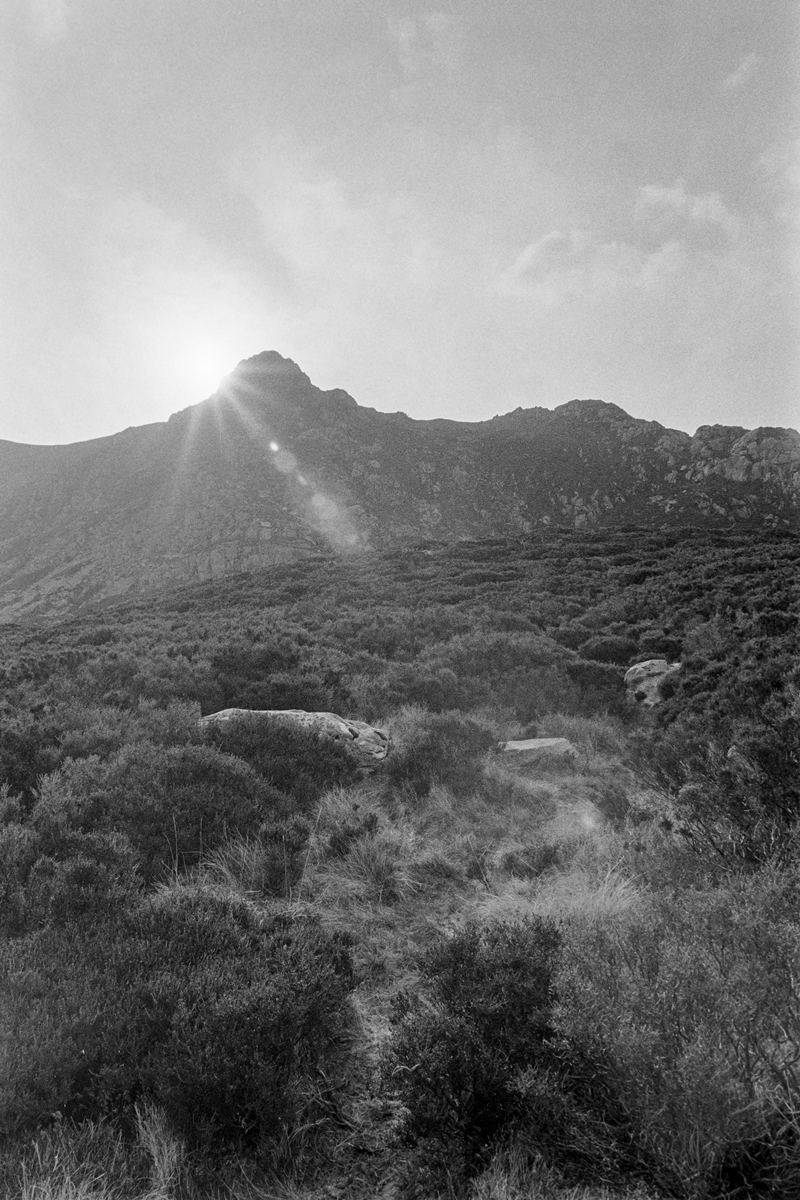 I started shooting film when I got my first 110 camera around the age of 10, but I really fell in love with it in high school with a wonderful teacher and a school that thankfully still had a budget for art programs. I then went on to study photography in college, but, I switched to mostly digital after my beloved F100 was stolen in 2004. I dabbled with film again a few times after that, even naming my Golden Retriever ‘Hassy’ after selling a Hasselblad to help pay for her. But I’ve eagerly begun shooting film again, with abandon, since I took this job 6 months ago.   All the photos I’m sharing I’ve taken in this time.

Take me somewhere new and give me a camera and I could be happy for hours. I particularly enjoy travel and adventure/nature photography. I rarely take pictures of people and only if they add something to a scene or I can’t wait long enough for them to get out of it!

I also really adore photographing birds, but I do that with my Sony digital camera because I take WAY too many terrible pictures of birds to be shooting on film! 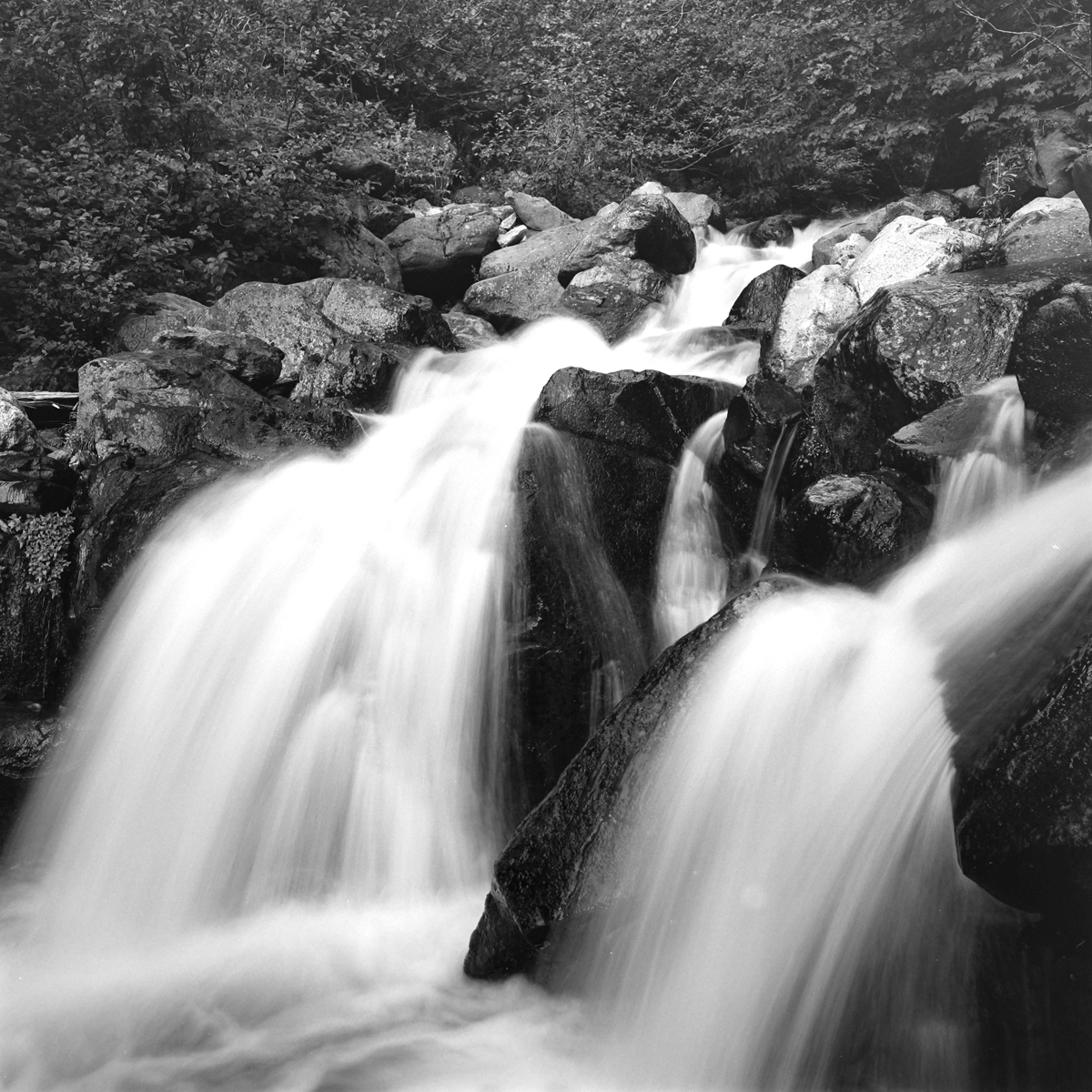 I recently tried to shoot some astrophotography with my film camera while I was shooting the same scene with my digital camera. I naively thought I could use similar exposures.  After developing a clear roll of film, I learned about reciprocity failure.  But I feel like most of the mistakes I’ve been making lately are in developing my film. 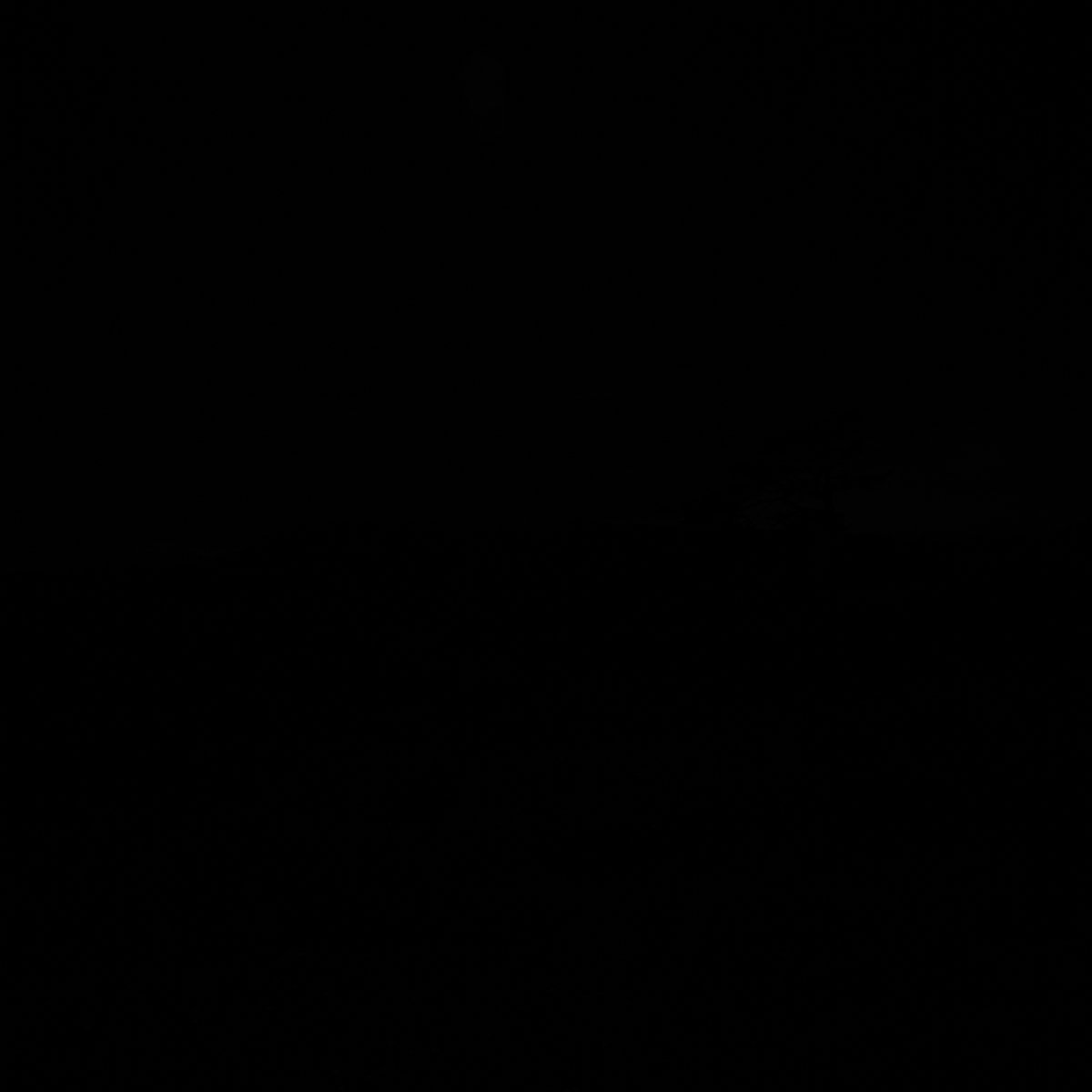 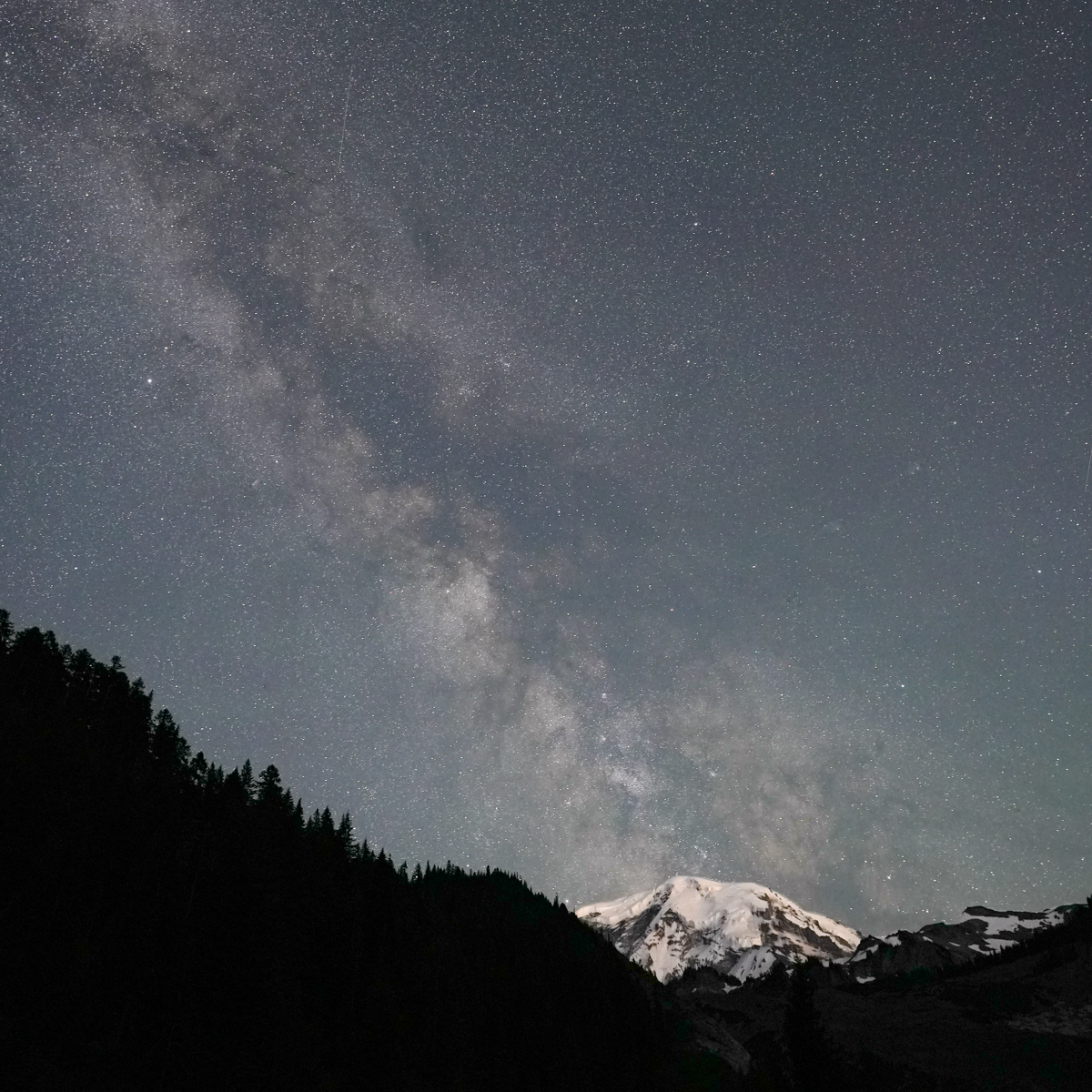 How many different film stocks have you shot? (not just ours)

Although I shot a variety of films when I was younger (and film was cheaper!) I tend to mostly shoot with ILFORD B&W now so I can print it in the darkroom. Occasionally I’ll be in a place or situation that really calls for colour and I tend to go for Cinestill, or that one that comes in the yellow foil wrapper.

Do you develop yourself or take advantage of the staff discount at HarmanLab?

I develop all my own black and white film, but I would take advantage of that staff discount in a second if I didn’t live an ocean away from the lab!

Yes! I absolutely love being in the darkroom. When I was in college, I would skip lectures to spend more time in the darkroom. I’ve now set-up a darkroom in my basement and can while away many hours down there. 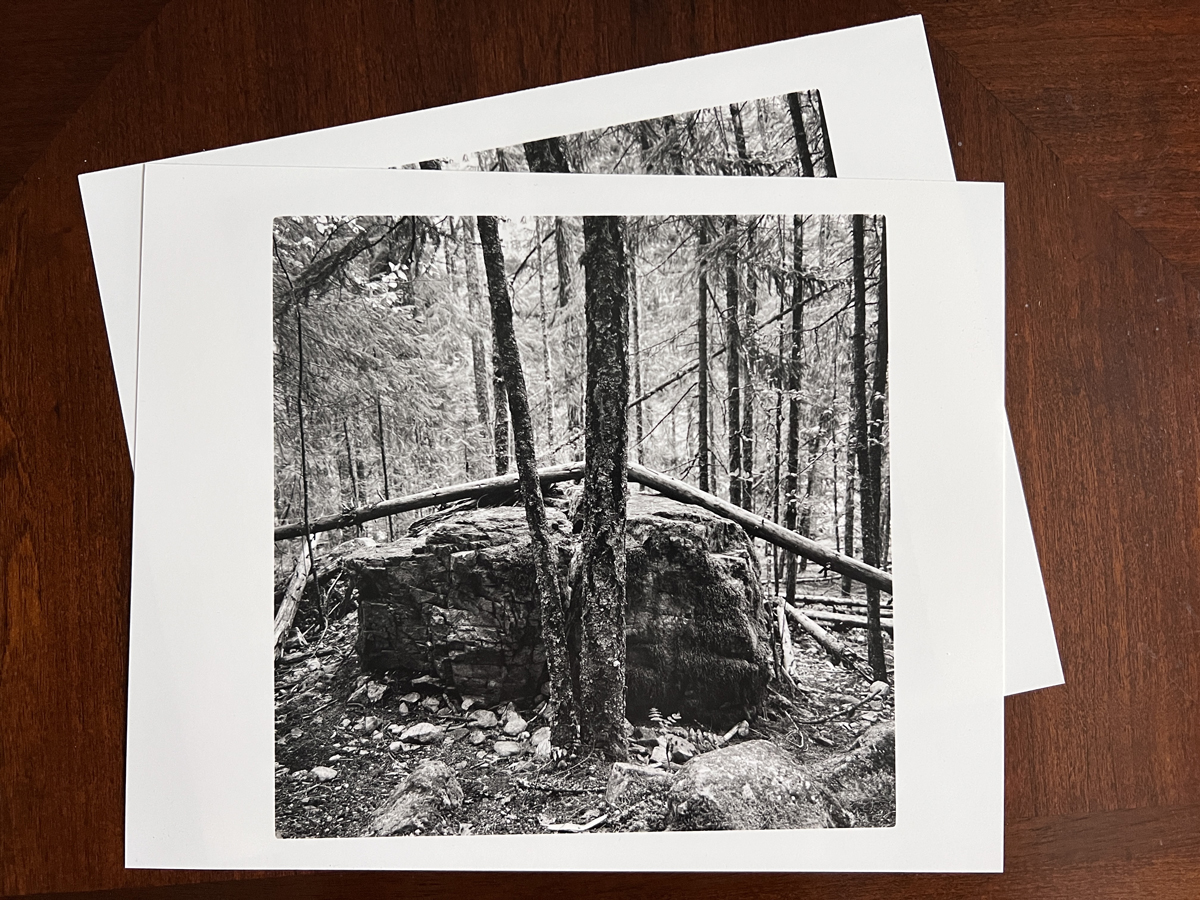 I’ve been gifted a few cameras recently that are fun to shoot, including a Nikon FM and a Kodak Retina.  I also bought a very sticky, but inexpensive, Nikon F100, and spent hours getting it back to a non-tacky state.  But the camera I’m having the most fun with is a Mamiya 6 that I’ve already even taken on several backpacking trips. 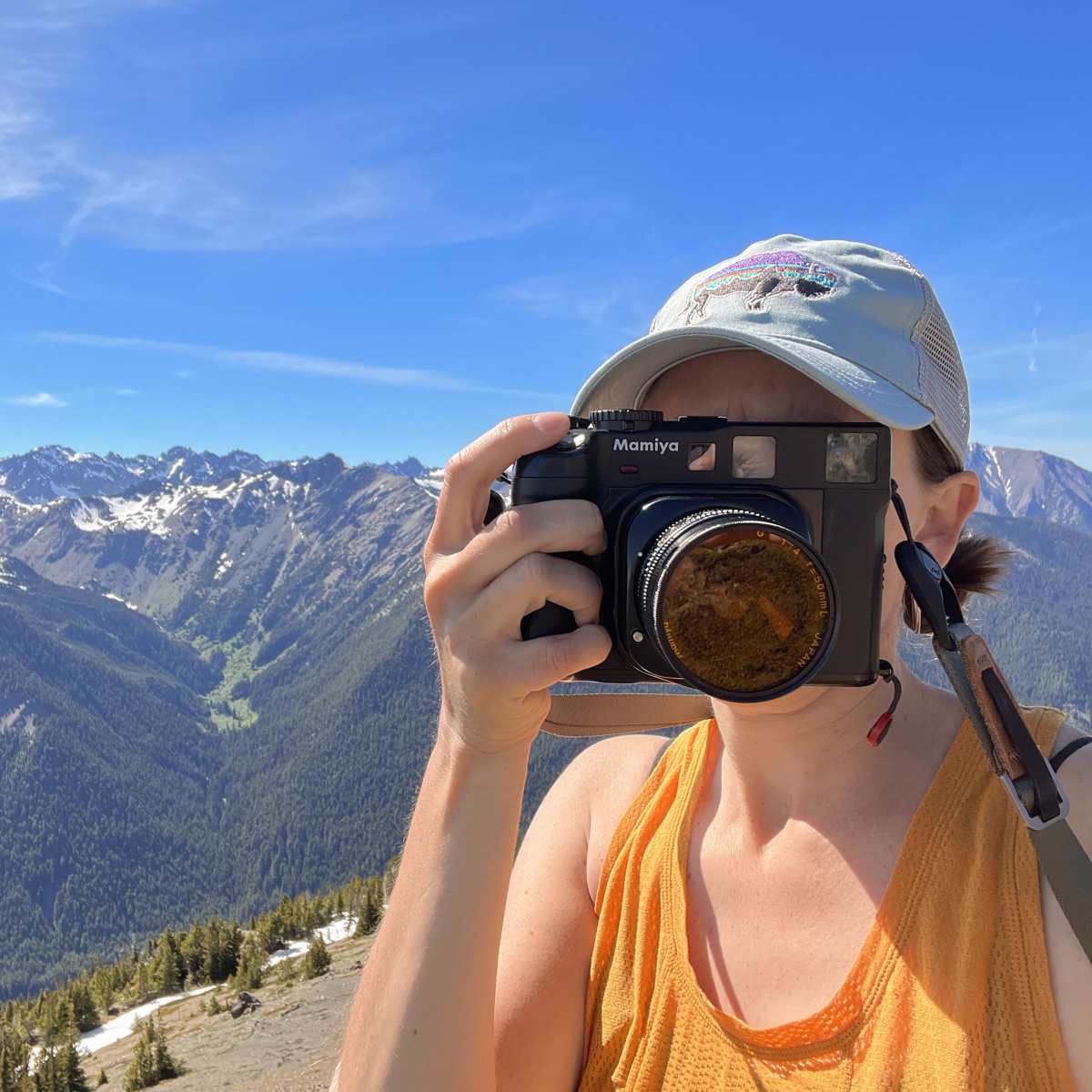 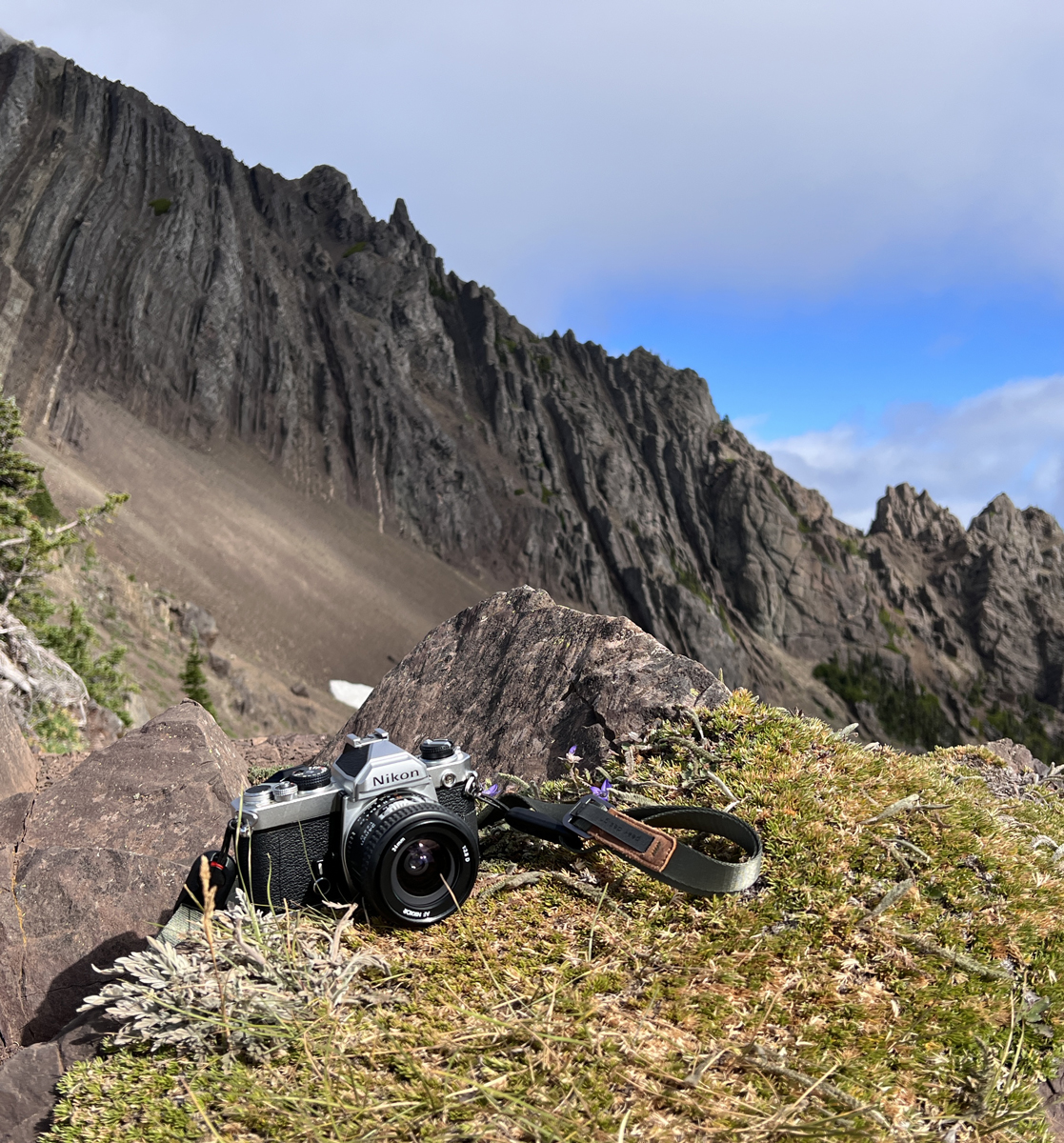 I’m not sure I can choose a favorite yet.  However this summer, during the very few months the sun shines in the Pacific Northwest where I live, I’ve been really enjoying Delta 100 and Pan F+ 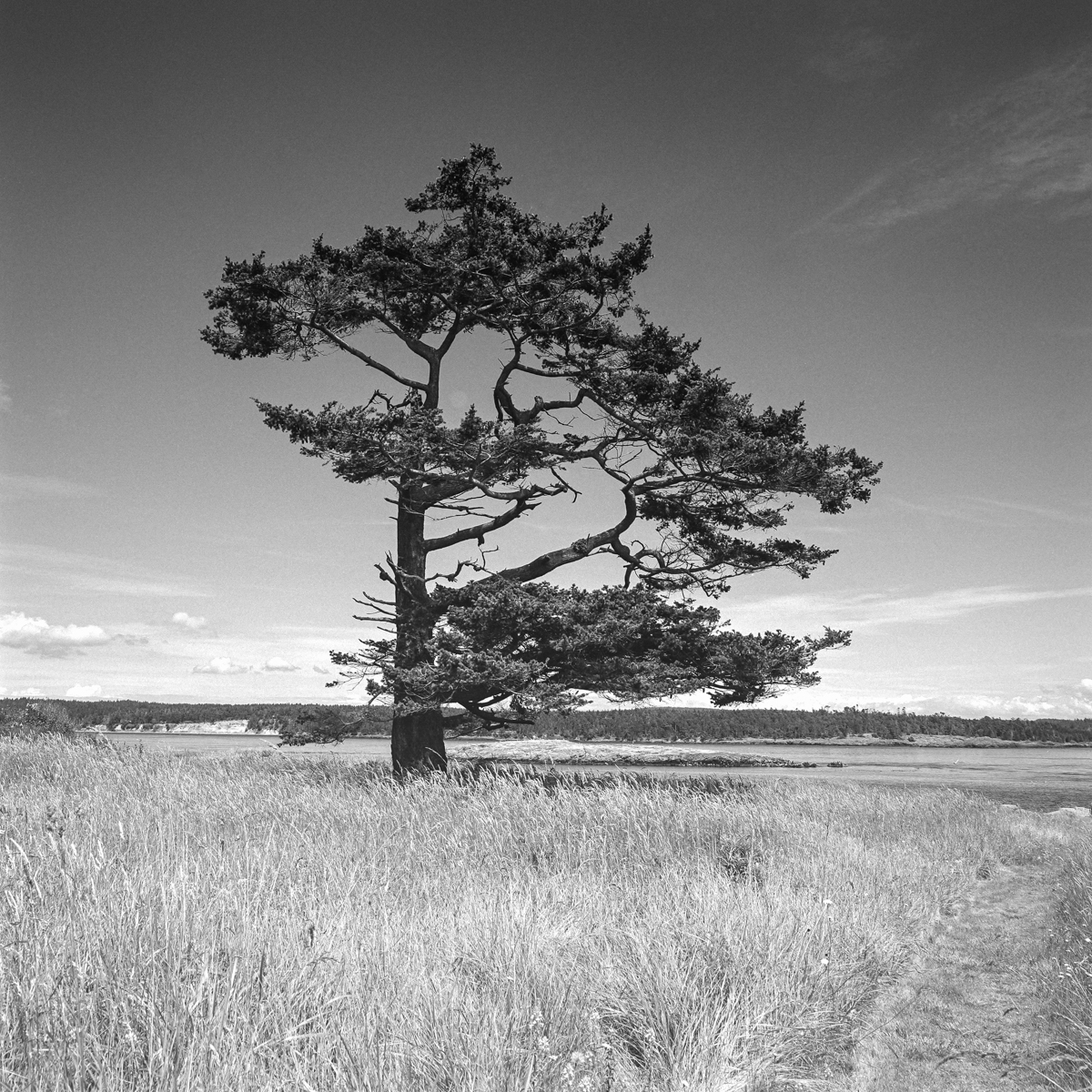 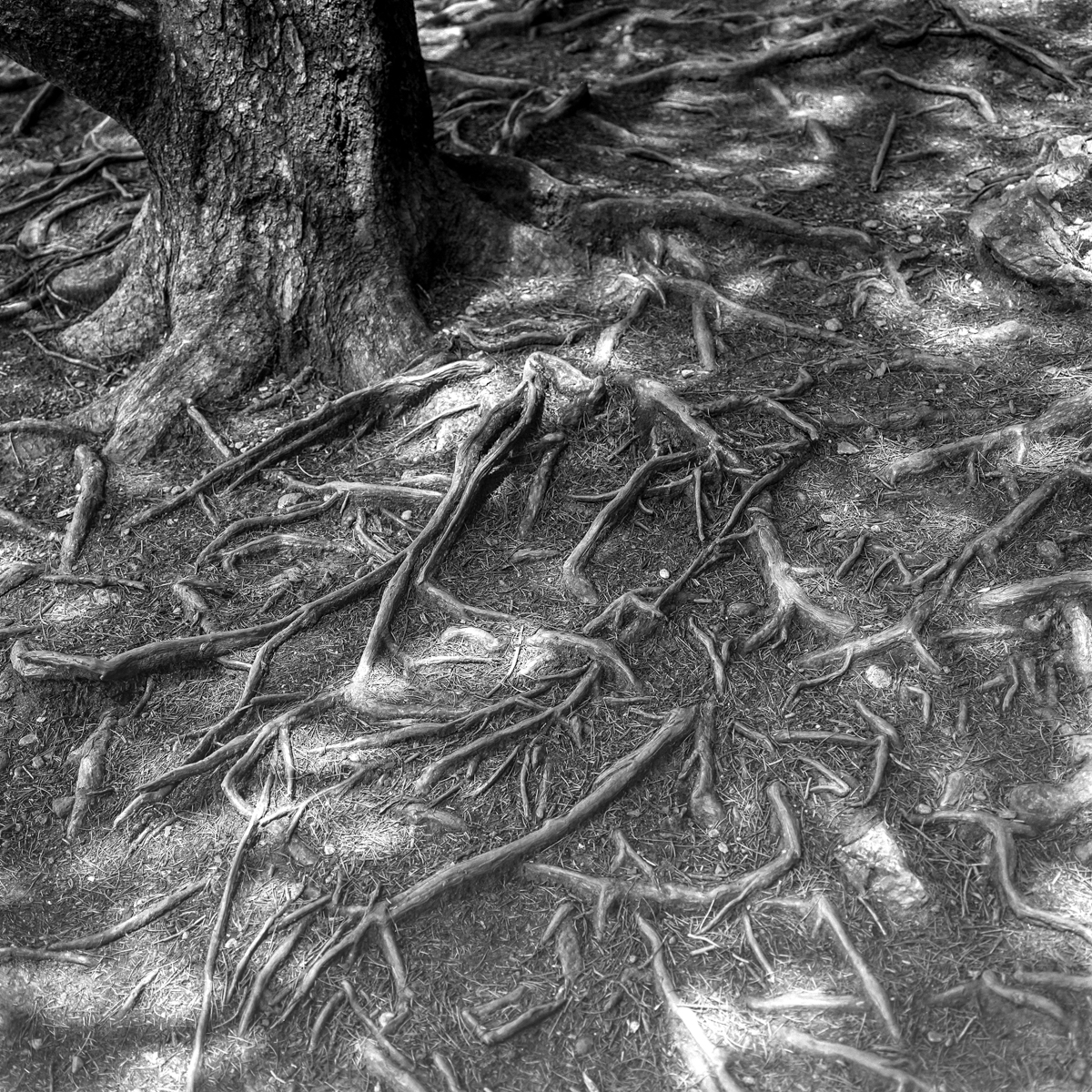 I live in Seattle and have worked in the photo industry for nearly 20 years.

If I wasn’t such a practical person, I’d happily spend all my money on travel, food, and photo gear.

Thankfully I live in an incredible corner of the world and within a couple hours can be hiking in the mountains, wading in the chilly ocean, foraging tasty mushrooms in a rain forest or photographing owls hunting a wet-land.  So my incessant thirst for adventure can often be quenched close to home.

Although my 2 Instagram pages are mostly digital images, you can see a sampling of my travel and adventures @hillyroe or my pandemic-born obsession with capturing and identifying birds @hilarysbirds